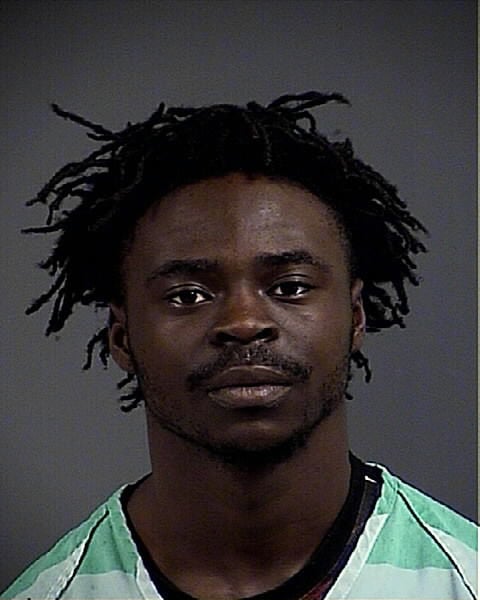 Dwayne Marion Stafford, now 26, was not charged in his shower stall attack on Dylann Roof at the Charleston County jail. Cannon Detention Center/Provided 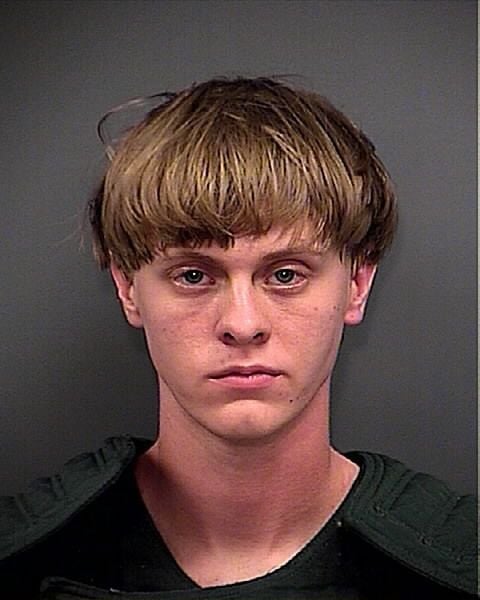 Dwayne Marion Stafford, now 26, was not charged in his shower stall attack on Dylann Roof at the Charleston County jail. Cannon Detention Center/Provided

An unlocked cell door at the Charleston County jail went unnoticed for 12 hours until an inmate walked through it and attacked mass killer Dylann Roof, an investigative report revealed.

Officials attributed the error to employees' complacency rather than a lack of standardized procedures to ensure doors in the jail's protective custody unit stay locked.

But none of the three deputies faulted for policy violations were reprimanded in the August assault that left Roof with minor bruises. No policies or procedures were created or adjusted.

A policy cannot be written for every component of the job, Maj. Eric Watson of the Charleston County Sheriff's Office said. Correctional deputies are trained on the basic requirements of their post and schooled in various policies to prevent dangerous situations behind bars, Watson said, but they can be lulled by the quiet of a unit such as the one holding Roof.

Everyone involved in the episode denied playing a conscious role, though one deputy acknowledged doing nothing after being informed that the attacker's door had been left open. He was fired for an unrelated incident.

The findings were laid out in a nine-page report by internal investigators released last week to The Post and Courier.

"In that environment, you tend to become complacent. They kind of forgot about these policies they were supposed to adhere to," Watson said. "At the end of the day, it’s our responsibility to protect inmates regardless of why they’re in jail."

Roof, 22, had carried out one of the deadliest hate crimes in recent American history a year earlier, in June 2015. The white supremacist opened fire during a Bible study at Emanuel AME Church, killing nine black worshippers. A federal jury sentenced him to death last month.

Roof is white; his jailhouse assailant was black.

Barney Barnes, a retired jail administrator who helped start the Naval Consolidated Brig in Hanahan, complimented the sheriff's internal probe, which included polygraph examinations. He said officers' complacency and inmates' noncompliance tend to create situations like these, but it's important for jailers to learn from them.

"The idea of having everyone following all policies and procedures 24-7 is ideal, but you’re dealing with humans," Barnes said. "When incidents like this happen ... you have to use it as a training event so it doesn't happen again. "

The report revealed that the attacker, Dwayne Stafford of Goose Creek, had likely jammed open his cell door.

The 26-year-old was released before investigators could talk with him. An influx of public donations paid his bail. In a recent interview with local activist group Black Collective, Stafford credited divine intervention but shed no light on his flight from his cell.

"I feel as if (Roof) should get beat up every day," he said. "How I feel caused God to have me get out that cell. There are other people in that unit who could get out their cells any time they want, if they did certain things. I didn't do certain things.

With Roof's arrest a day after his murderous tear in Charleston, it became apparent that the Cannon Detention Center would face a challenge ensuring he made it safely to trial. He was sent to the jail's "special management unit" for his own protection.

"We all received that direction," Watson said. "But the communication down at that level broke down."

Stafford had been jailed since January 2015 on robbery and assault charges, unable to pay $100,000 bail. He was on suicide watch. Roof arrived June 18 that year.

Their stays were uneventful for months, but the investigative report described in detail how that changed.

For 13 hours on June 25, Stafford's door was unlocked. An electronic indicator panel should have shown that, but none of the deputies saw it.

There have been times, a deputy later noted, when the panel was wrong. That June 25 instance, though, passed without trouble.

But Stafford's door, according to the electronic logs, was left unlocked again starting at 7:17 p.m. Aug. 3.

A few hours later, an inmate approached Deputy Christopher Murray and said, "The boys are jamming the door up there," nodding toward Stafford's cell. The unidentified inmate said others had kicked at the door, testing a "jamming technique."

Murray described Stafford as "loud and boisterous" that night. But he didn't check for jammed doors or pass the intelligence on to the next shift.

Inmates are known to shove clothes or toilet paper into door locks to prevent them from latching, jail experts said, but correctional officers typically check the doors by hand. A sock would be found in Stafford's doorway after the attack, though Watson wouldn't confirm it had jammed the lock.

"It's not uncommon for inmates," Watson said. "They have 24 hours to figure out ways to get around things."

Nearly 11 hours went by with Stafford's door unlocked when Deputy Bobbie Johnson walked around the unit. Stafford and Roof, she said, were sleeping.

Though Stafford's door registered as unlocked on the electronic panel, neither Johnson nor the fellow deputy working then, Gerald Joye, said they saw it. Technicians who later examined the door found nothing wrong.

Joye offered Roof some "recreation time," the one-hour period when inmates in the unit can walk around or shower. Before Roof emerged, Joye said he and Johnson checked the cell doors.

Stafford was standing against the cell door, which Joye figured kept it from moving. The deputy said he didn't ask Stafford to move because inmates typically tell him to "(expletive) off" when he gives orders.

Johnson then took a break despite a policy requiring two deputies on duty during recreation time. She didn't know that, she told investigators.

Ten minutes later, another inmate asked for some toilet paper; it remains unknown if that inmate had anything to do with the scheme. Joye fetched a roll. After Joye walked upstairs to deliver it, Stafford pushed open his cell door and rushed down the steps.

Stafford ran to the shower and punched Roof's face and back. Joye ran back downstairs and pulled them apart. Stafford struggled at first but gave up when backup arrived.

The deputies ushered Stafford back to his cell and locked his door.

That night, the inmate who had warned Murray about Stafford's door said, "I told you so."

Four deputies were grilled during polygraph examinations, which they passed. Each vehemently denied allowing the attack.

Murray was faulted for "unsatisfactory performance." But he also acknowledged during the polygraph an unrelated incident in which he used a computer to look up a female inmate for a male inmate. He was placed on leave and later fired, Watson said.

Johnson was determined to have violated policies for leaving her duty post. Her supervisor, Sgt. Anthony Williams, was blamed for allowing such breaks. He defended the deputies' actions.

"He felt the assault on (Roof) could have happened to anyone," the report stated. "He also felt having two detention deputies in the unit was not a guarantee (that) the assault would not have occurred."

The deputies were told about the policies and how to do security checks. They were not otherwise reprimanded.

"It's routine," Watson said of jail work. "Complacency is an easy element to fall prey to. It's very important ... to stay on top of your game."

Though already convicted of federal crimes, Roof will stay in the county jail until his state murder charges are resolved. Prosecutors are expected to soon decide how to pursue the case.

Stafford hasn't returned to jail since his release — his longest stretch of freedom since 2011. He recalled in the recent interview how he and Roof would discuss philosophical beliefs.

He made no apology for what he did to Roof.