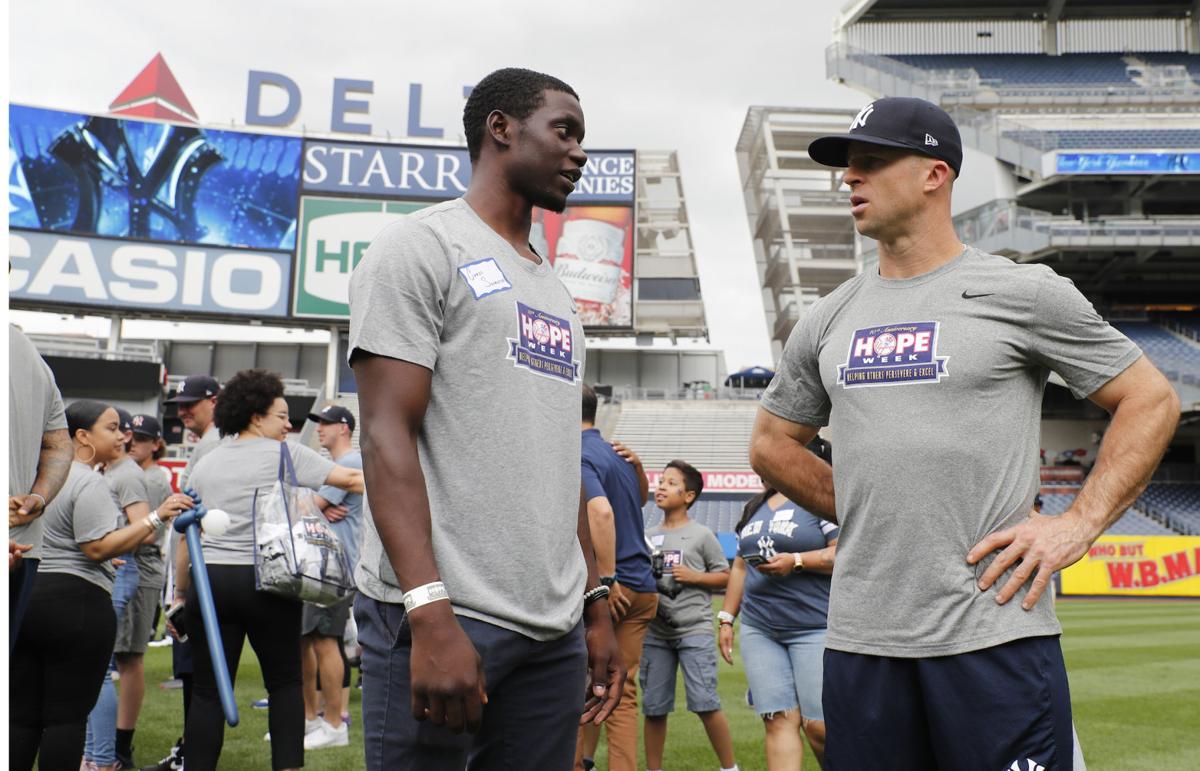 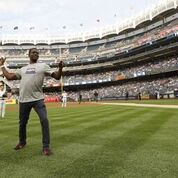 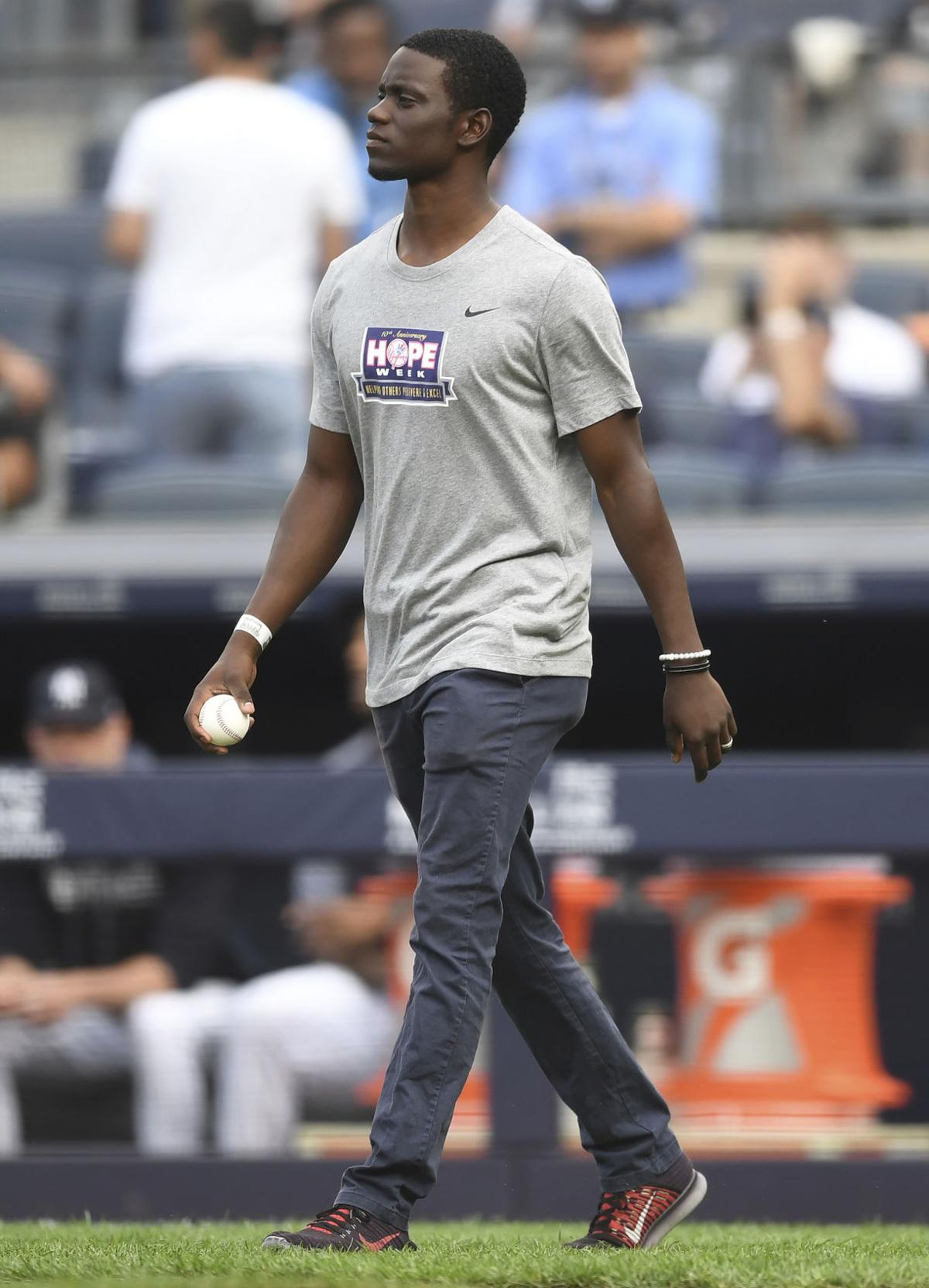 HOPE Week honoree Chris Singleton walks to the mound to throw a ceremonial first pitch prior to a baseball game between the New York Yankees and the Tampa Bay Rays, Monday, June 17, 2019, in New York. (AP Photo/Sarah Stier) 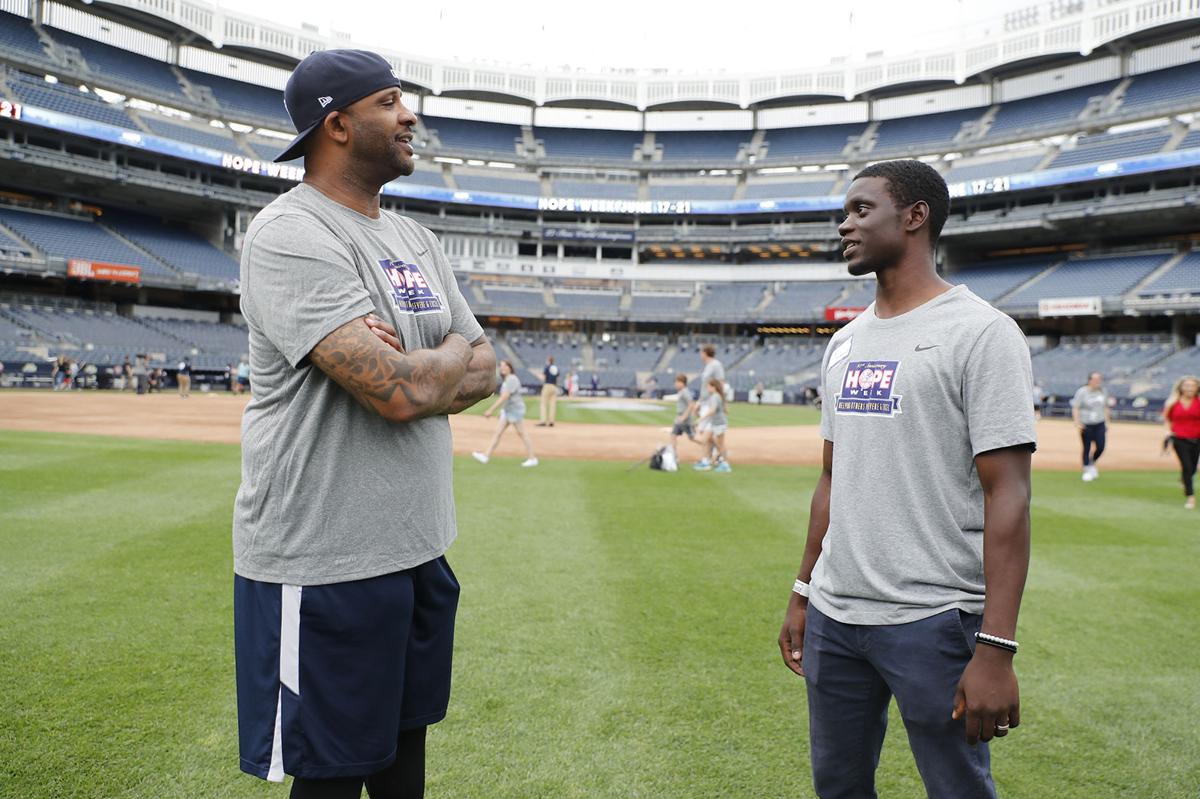 HOPE Week honoree Chris Singleton walks to the mound to throw a ceremonial first pitch prior to a baseball game between the New York Yankees and the Tampa Bay Rays, Monday, June 17, 2019, in New York. (AP Photo/Sarah Stier)

Chris Singleton threw out the ceremonial first pitch at Yankee Stadium on Monday night as the New York Yankees recognized the fourth anniversary of the Emanuel AME shooting in Charleston.

Singleton, whose mother was one of nine victims of that shooting on June 17, 2015, announced on Twitter earlier Monday that he would throw out the first pitch before the game against Tampa Bay as part of the Yankees' Hope Week event, which is marking its 10th year.

"Throwing the first pitch for the @Yankees tonight! So blessed to be a part of the Yankee’s 10th anniversary of Hope Week," Singleton posted on Twitter.

Throwing the first pitch for the @Yankees tonight!-So blessed to be a part of the Yankee’s 10th anniversary of Hope Week.-#CantLetMomsDown pic.twitter.com/C3OGTbLvge

Singleton, from Goose Creek High School, was a baseball player at Charleston Southern University when his mother, Sharonda Coleman-Singleton, was murdered during a Bible study at Emanuel AME.

He inspired people around the world with his "love is stronger than hate" remarks after his mother's death.

Just weeks after his mom's death in 2015, the Yankees invited Singleton to Yankee Stadium to participate in a Hope Week event. He took batting practice, hitting a couple of home runs, and threw out the first pitch that night along with his younger brother and sister.

“He’s an inspiration to a lot of people and will continue to be with the way he’s handled this situation," Yankees star Brett Gardner said of Singleton during that 2015 visit. "He’s definitely someone we can all learn from.”

Former Yankees star Alex Rodriguez met Singleton on the set of the Today Show during that visit.

“It’s hard to describe, an incredible story,” Rodriguez said. “It’s one we can all learn from. Chris Singleton is such a young man, a beautiful-looking kid, and more than anything, a great example for all of us in how to deal with adversity. I’ve never seen such a courageous action.”

Singleton was drafted by the Chicago Cubs in 2017 and retired from his pro baseball career earlier this year. He now works for the Charleston RiverDogs as director of community outreach.

As we celebrate 10 years of #HOPEWeek this week, a few former players wanted to share their thoughts on some of their favorite HOPE Week memories and what HOPE Week means to them. Here's Andy: pic.twitter.com/9o0OTGw8U9