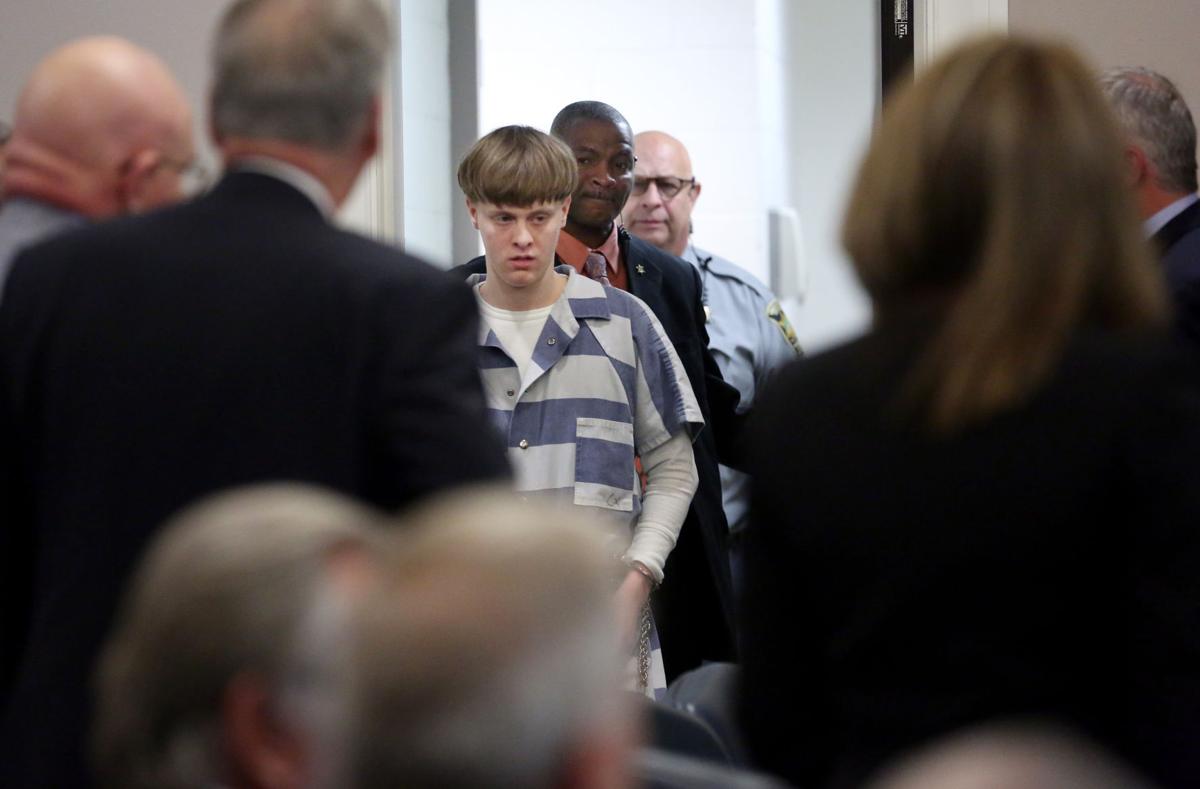 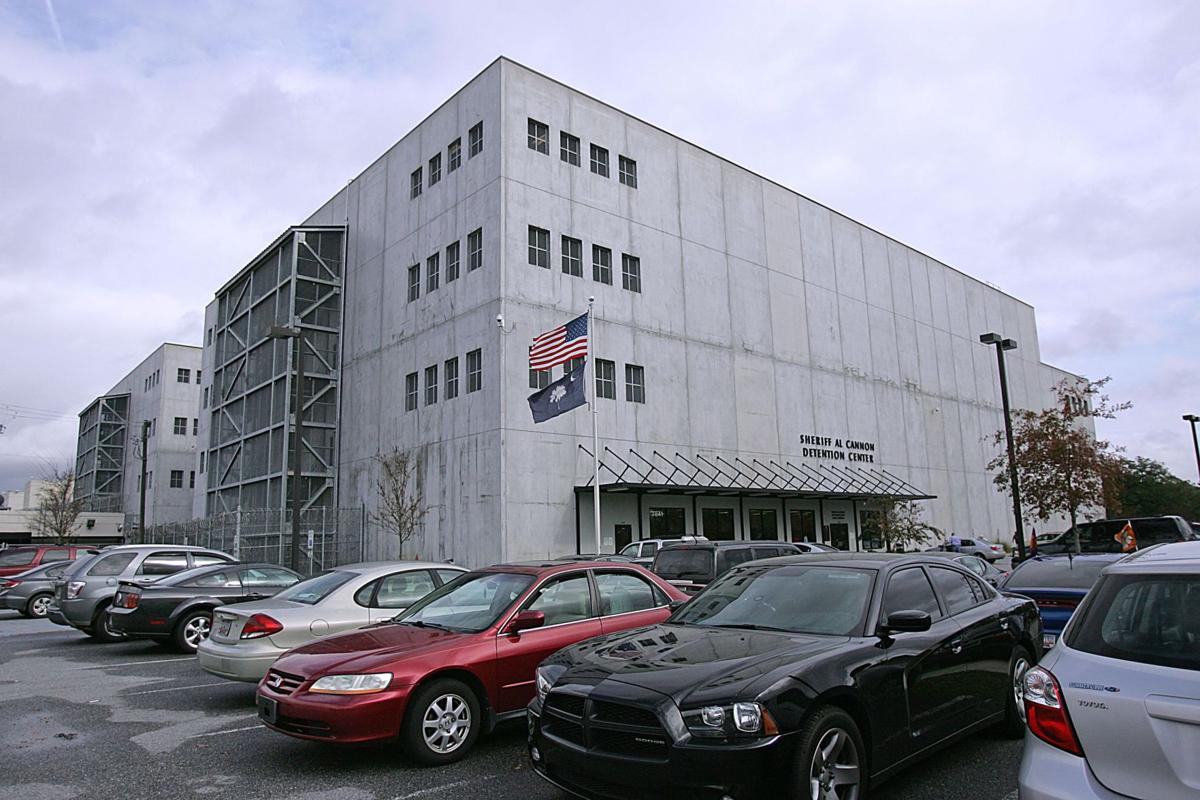 Newly released videos of Dylann Roof's jail visits from family members during his trial show the young killer made his father cry, refused to tell his little sister he loved her, repeatedly provoked his mother's distress and described hatred for his defense attorneys.

What was missing? Any apparent remorse for killing nine people during a Bible study or concern about the severity of the punishments he faced.

A federal judge Tuesday allowed journalists to view four videos of Roof's jail visits that had been introduced into evidence during his two mental competency hearings. Those videos included visits from Roof's parents, his younger sister and his mother's boyfriend.

In them, Roof repeatedly laughed at his family members and prompted outrage from his father, Benn Roof, who tried to explain to his son how his actions hurt their entire family. In an exchange two days before Roof's first competency hearing, held in November, Roof told his father nonchalantly, "I'm going to make this even worse."

"What's wrong with you, son?" Benn Roof said. "You've got to be kidding me. Don't do something stupid. You've already done enough!"

The father then stepped away in tears, leaving Roof's mother to insist that nothing could be worse than what Roof already had done. She berated the 22-year-old but also insisted they still loved him.

Shortly after, a judge found Roof competent to stand trial, and he sought to represent himself.

Roof told his mother, Amy, that even while representing himself he would keep his attorneys around "so I can abuse them."

"Do you know how that sounds?" she said.

She warned that he needed his defense team, whom she called good people trying to save his life. Roof, however, deemed them "evil," "the spawn of hell" and "liars." He insisted there "is nothing wrong with me" and strongly objected to their efforts to present evidence from mental health experts who found he was on the autism spectrum and had severe anxiety and depression.

"These people represent criminals and lie for them," Roof argued.

"I am an attorney!" he interrupted, grinning widely. "I'm an attorney in a capital case!"

"It's your first and last case," his mother responded wearily.

The only time Roof appeared to show emotion was while discussing his own health, including when he told his parents he had syphilis. He insisted he was born with it and couldn't read books anymore because his brain was deteriorating.

In January, the time of his second competency hearing, Roof objected to releasing the jail videos, arguing that doing so infringed on the privacy rights of his family members.

"It just seems the idea that someone has no other way to visit their family members and that could be uploaded to the court website, for example, from this competency hearing, and then put on The Post and Courier's website, like they did with my confession. It just seems unprecedented," he contended.

U.S. District Judge Richard Gergel did not allow recordings or public dissemination of the videos. They can be viewed at the federal clerk's office by appointment. Their release comes as Gergel has been unsealing a slew of documents he kept hidden from the public during Roof's trial to ensure the self-avowed white supremacist received an impartial jury and a fair trial.

Roof was convicted in January of all 33 charges he faced in federal court, including hate crimes and obstruction of religious freedoms, for gunning down nine people at Charleston's Emanuel AME Church in 2015. He was sentenced to death in January and transferred to a prison in Indiana that houses the federal execution chamber. Last week, Gergel relieved Roof's defense team and gave him new attorneys to handle his appeals.

Visitors to inmates at the Charleston County jail sit in a public area while the inmates sit in small rooms in a secure area. Roof and his family members saw each other on a video screen and spoke over a telephone handset.

During the released jail visits, which spanned nearly three hours, Roof appeared to enjoy provoking his mother's exasperation by asking random, unrelated questions. During the visits, he often fixated on discussing sweaters and pants to wear in court even as he faced a trial for his life.

In December, Roof's teenage sister, Morgan, told him that she wanted to attend his execution, if it occurred.

And when Roof's father asked his son if he'd noticed that his grandfather had come to the trial to support him, Roof said he never turned around to look behind him. His enemies sat there, he said, including the media.

The visits also were peppered with windows of normalcy, including discussions about Roof's older sister's new baby, his younger sister's new nose ring and antics of the family cats.

At his November competency hearing, Roof objected to admitting the videos into evidence, arguing they didn't accurately show his mental state because he knew he was being recorded.

"I haven't been able to talk to my parents about my crime openly or anything like that since I have been arrested, and it's a pretty, you know, serious thing, you know, and I haven't been able to really explain it to them. I'm sure it's left them with a lot of questions. The other thing I want to say about that is that my lawyers are trying to make it out to seem like my behavior in these videos, like the ones they just gave to you, is my natural behavior. It isn't. I know I'm being watched," he told Gergel.

"Is that affecting your behavior?" Gergel said.

A federal judge will allow the public to view video recordings of Dylann Roof's jail visits.