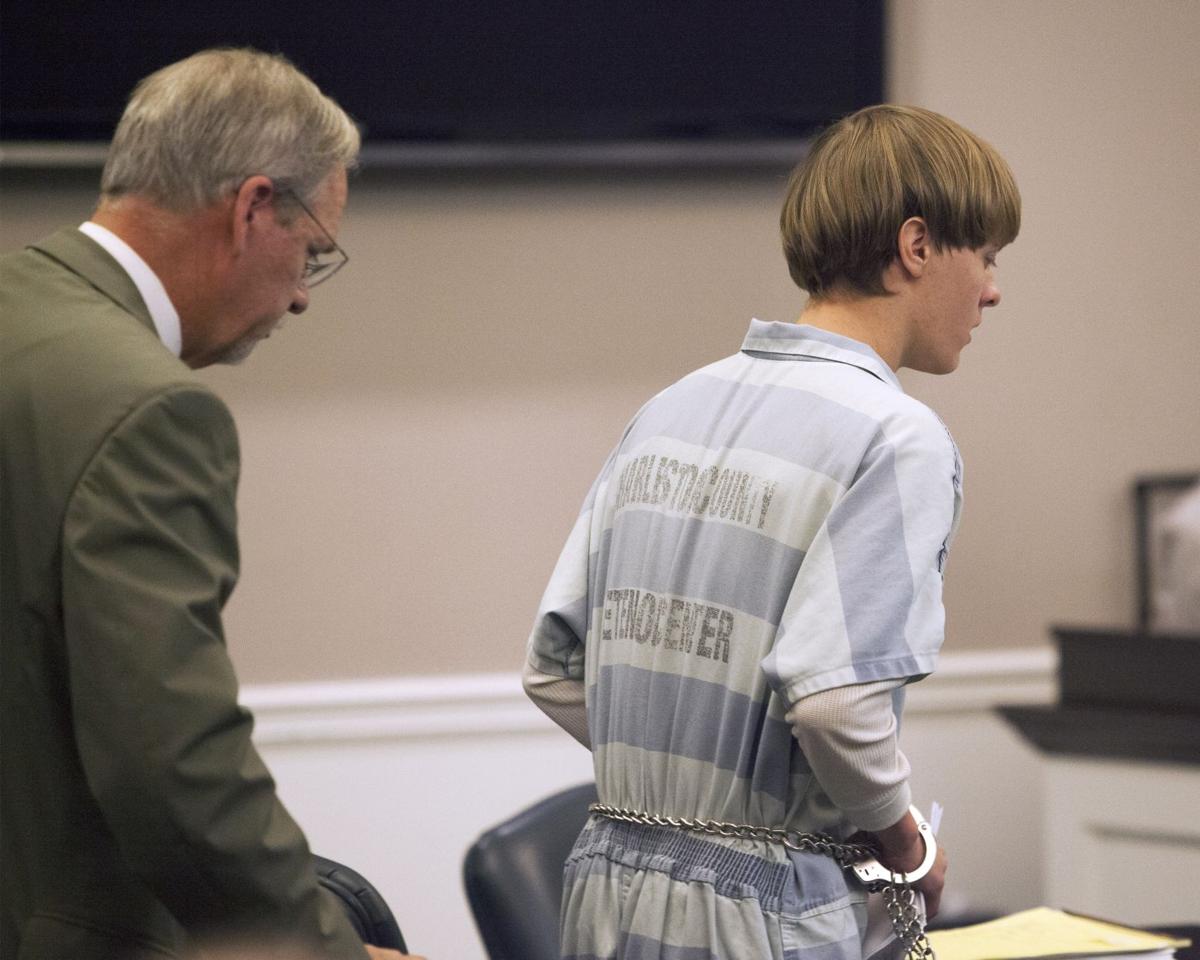 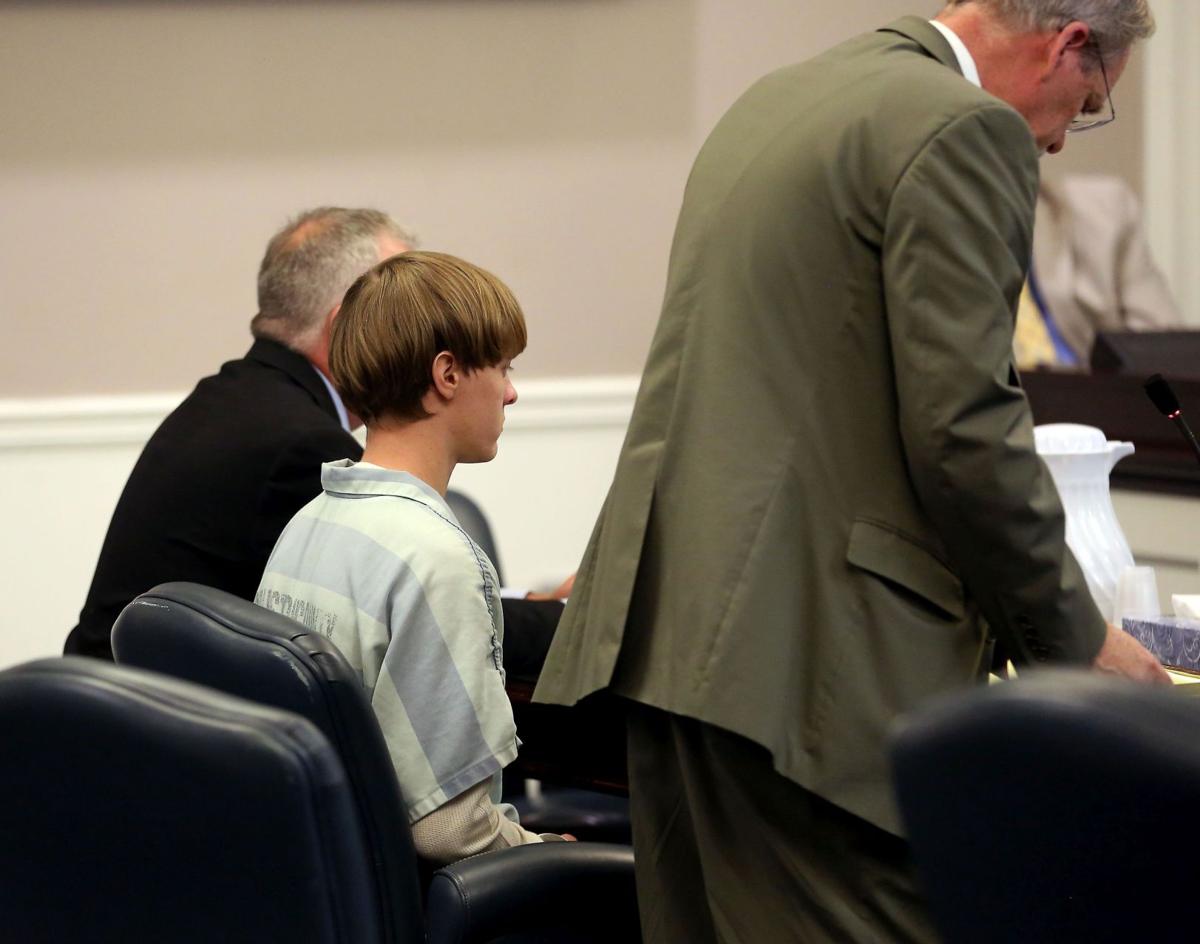 Dylann Roof appears for a state court hearing in July 2015. 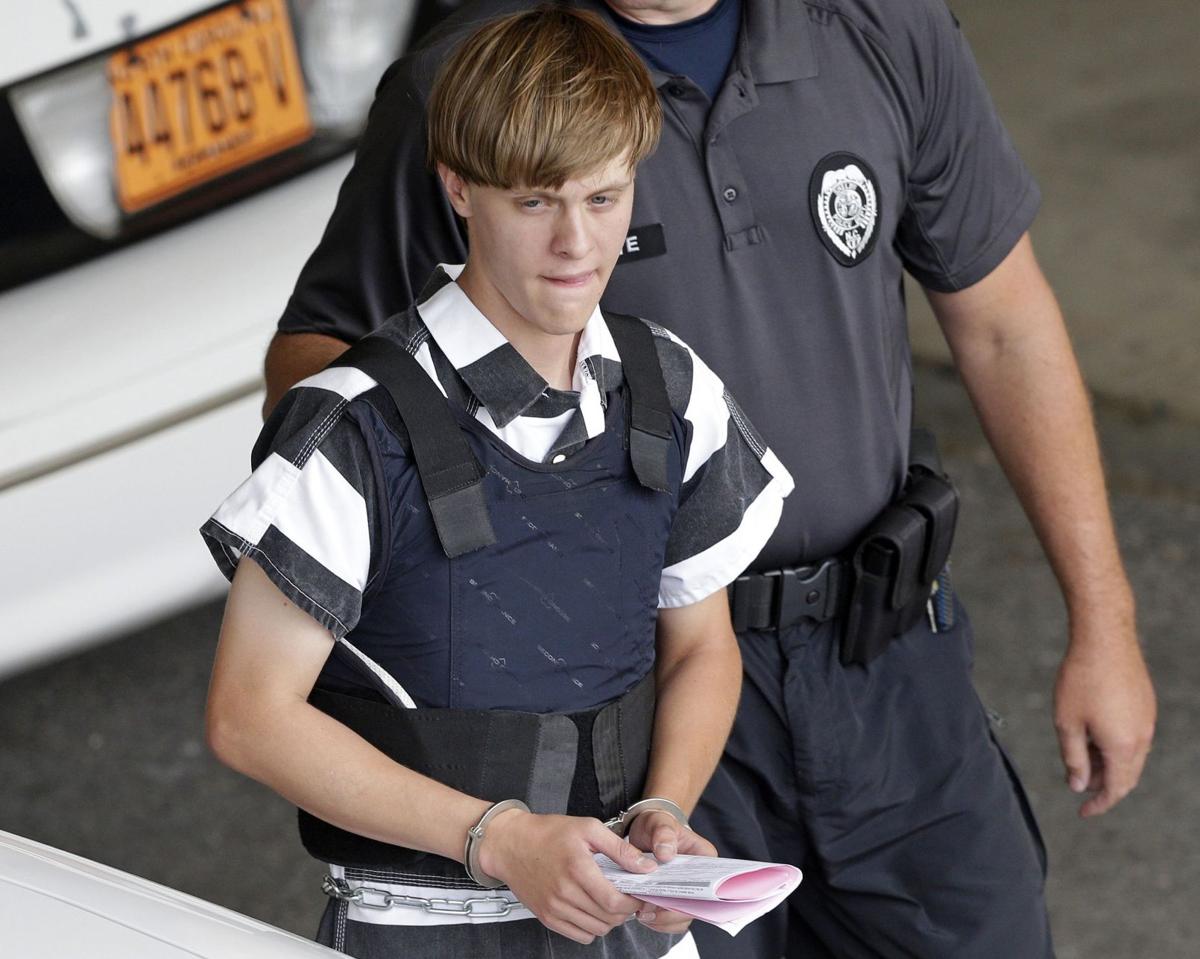 Dylann Roof appears for a state court hearing in July 2015.

Accused Emanuel AME Church shooter Dylann Roof got to work helping to pick the jury that will decide whether he lives or dies as he embarked on a risky legal strategy Monday, casting aside his top-flight defense team in favor of representing himself in his federal hate crimes trial.

The presiding judge expressed misgivings but ultimately granted Roof's request to serve as his own attorney with the death penalty hanging in the balance. The ruling sets the stage for the self-avowed white supremacist to question the shooting survivors and family members of the nine victims if they are called to testify.

Roof made the last-minute request as jury selection was set to begin Monday following a three-week delay to determine whether he was mentally competent to stand trial. U.S. District Judge Richard Gergel ruled the case could proceed but cautioned Roof against representing himself, noting his defense team's considerable legal expertise. Gergel concluded, however, that Roof has the capacity and a constitutional right to take over his defense.

"I continue to believe it is strategically unwise, but it is a decision you have the right to make," Gergel said.

Roof, garbed in a striped grey-and-white jail uniform, stood in the front of the courtroom and answered the judge's questions with "yes, sir" in a quiet, raspy voice. After Gergel's ruling, Roof smiled slightly as he returned to the defense table but showed no other obvious emotion.

Roof then sat in the front-and-center seat as his lead lawyer, capital defense attorney David Bruck scooted over. Roof told the judge that he wanted the attorneys he'd just spurned to sit at the table with him. They still can advise Roof.

However, if Roof thinks he can intimidate the two women who survived the bloodshed by grilling them on the witness stand, their attorney thinks it will backfire.

“They have a lot to say to him, and this may provide them with an unanticipated opportunity. The strength of their words will undoubtedly be more powerful than his rants of hate,” said attorney Andy Savage, who represents survivors Polly Sheppard and Felicia Sanders. Sanders' son, Tywanza, died in the attack. Both women sat stoically in the front row of the courtroom on Monday.

The Rev. Sharon Risher, an AME minister whose mother died in the shooting, said she was outraged that Roof would be allowed to make a spectacle of the trial and suspected the strategy was aimed at derailing efforts to bring him to justice.

"Something is going on underneath our noses," Risher said after the hearing. "There has to be some kind of legal tactic with this. I'm just sick."

Speculation had been swirling for weeks in legal circles as to whether the closed-door proceedings to determine Roof's competency were somehow related to a quest to mount his own defense. It's a strategy various high-profile killers have tried in the past, and one that rarely ends up working in their favor.

Serial killer Ted Bundy, who confessed to murdering 30 women and girls in seven states in the 1970s, opted to handle much of his own defense at a trial in Florida and ended up going to the electric chair. Beltway Sniper John Allen Muhammad took the helm at the opening of his 2003 trial in Virginia but reverted back to his legal team after a messy start. He was executed by lethal injection in 2009.

More recently, Frazier Glenn Cross, who killed three people outside Jewish community centers in Kansas, received a death sentence after representing himself at a trial last year in which the self-proclaimed white supremacist goaded victims and unleashed anti-Semitic rhetoric.

Defendants typically seek to represent themselves in capital cases for three reasons, said Charleston attorney Chris Adams, who specializes in federal court defenses, including death penalty cases, and is secretary of the National Association of Criminal Defense Lawyers.

"They don’t have faith in their legal team, they want to die, or they want to conceal their mental illness," Adams said. "In this case, Mr. Roof had a great defense team, so I don’t think there would be any sane reason to not trust them."

Instead, Adams figured that Roof "wants suicide by jury" to conceal mental health issues. "Since it is doubtful Mr. Roof will present his own case for life, the hearing becomes a charade as jurors are denied the information that is critical to their decision," added Adams, who isn't involved in the case.

Roof gave little indication of his strategy Monday. He rarely offered objections to any of the jurors presented, despite notes passed to him by his former lawyers and hushed advice whispered into his ears. His strongest objection was raised to the only black person in Monday's jury pool. Gergel had already indicated he planned to strike the potential juror because the man said all multiple murders warrant the death penalty.

The first panel of 10 prospective jurors brought in Monday morning were all white. Filling three rows in the audience, an all-black group of shooting survivors, families of the nine dead and the pastor of Emanuel AME listened attentively with no outward reactions to news that Roof would be acting as his own attorney.

Throughout the day, Gergel asked the jury pool about their views on the death penalty, media coverage they had seen about the case and other issues related to their ability to be fair and impartial. Roof appeared at ease and answered Gergel politely.

Gergel focused heavily on questions about whether each potential juror could consider the death penalty as a possible punishment. He disqualified one woman who told him, "In the back of my mind I can feel going into a church. I can feel sitting in a prayer group. I can feel welcoming someone into that group and trusting someone. I'm getting chills right now just thinking about it."

The judge also struck another potential female juror who said she could consider the death penalty but, “You're playing a little bit of God in there. That’s what makes me hesitant.”

Roof, 22, is accused of gunning down nine worshipers during the Charleston church's Bible study in June 2015. Authorities say he targeted his victims because they were black. In all, the Eastover man faces 33 federal charges including violations of hate crime laws and religious freedoms. He has offered to plead guilty and serve life in prison but federal authorities are seeking the death penalty.

Among the only times Roof spoke more than a few words came when Gergel proposed striking a potential juror who wasn't sure she could vote for death but appeared to support the ultimate penalty in all intentional mass killings. "Same thing shows she could consider everything," Roof told the judge. Gergel disqualified the juror.

At one point, Bruck moved to strike another would-be juror after the court had moved on to consider others without Roof objecting. The judge told Bruck to sit down and confer with Roof.

Earlier this month, Roof's defense team had raised concerns about his mental state but the nature of those questions remains shrouded in sealed court filings and secretive hearings. However, Gergel indicated Monday that he previously had conversations with Roof about acting as his own attorney.

Gergel ruled Friday that Roof was mentally competent to face his trial following a closed-door competency hearing that stretched over two days to discuss a new psychiatric evaluation. Gergel's subsequent competency order provided no details about the nature of questions regarding Roof’s mental state, and the judge refused to release a transcript of the hearing.

Now the lengthy process of choosing a jury resumes. It began in September when the court summoned 3,000 people from across the Lowcountry. Of those, 747 people filled out questionnaires in September.

Gergel now is winnowing the remaining field of 512. He qualified seven people on Monday and planned to call 24 more in for questioning Tuesday. The final jury will comprise 12 jurors and six alternates.

The remainder of jury selection could take several weeks, potentially pushing the start of testimony into the new year.

Meanwhile, Roof also faces the death penalty in state court where authorities charged him with nine counts of murder, three counts of attempted murder and a firearms charge. That trial is scheduled to begin in mid-January.