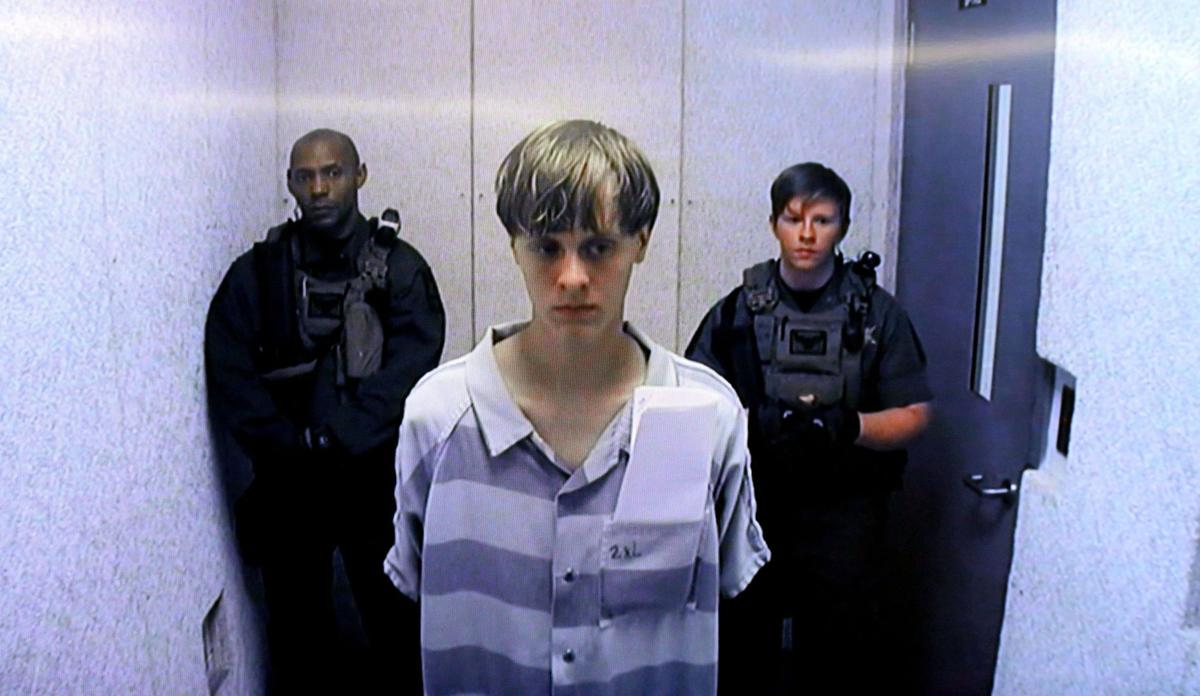 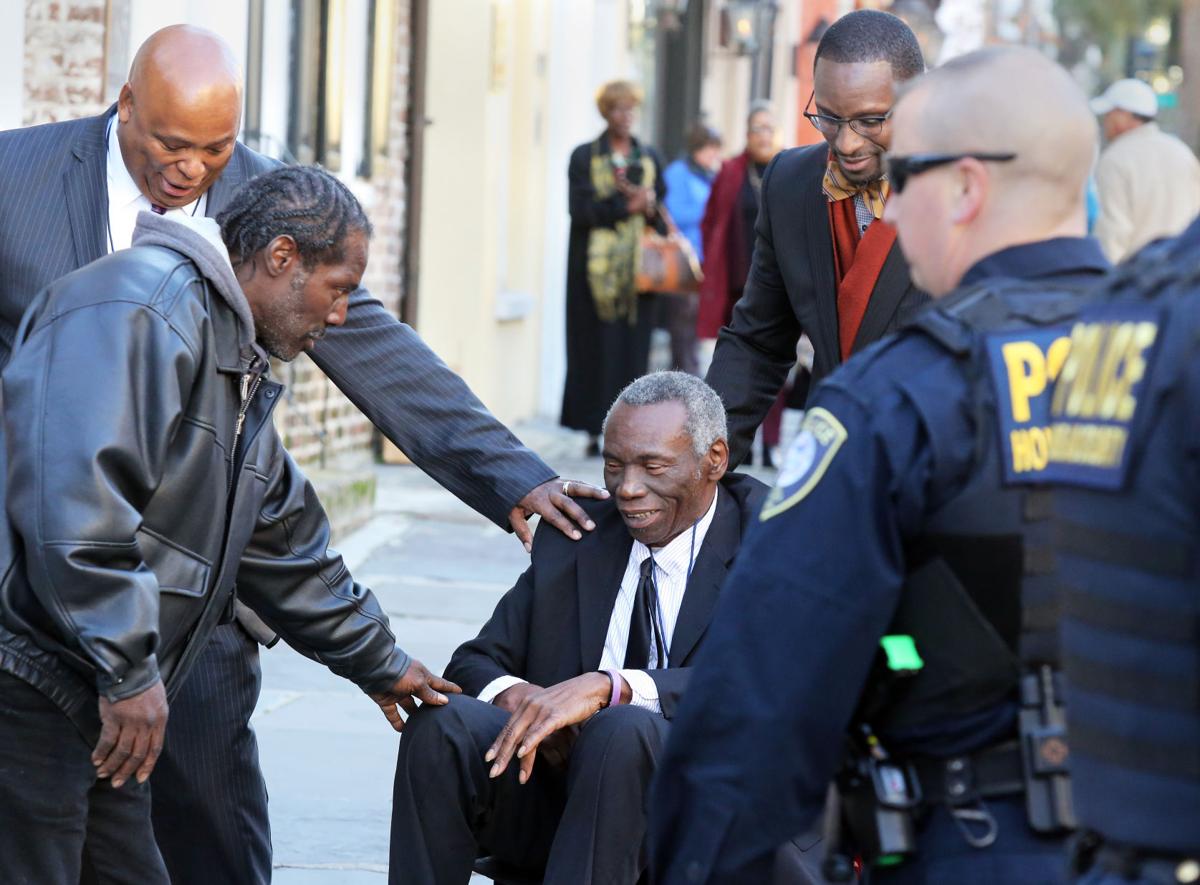 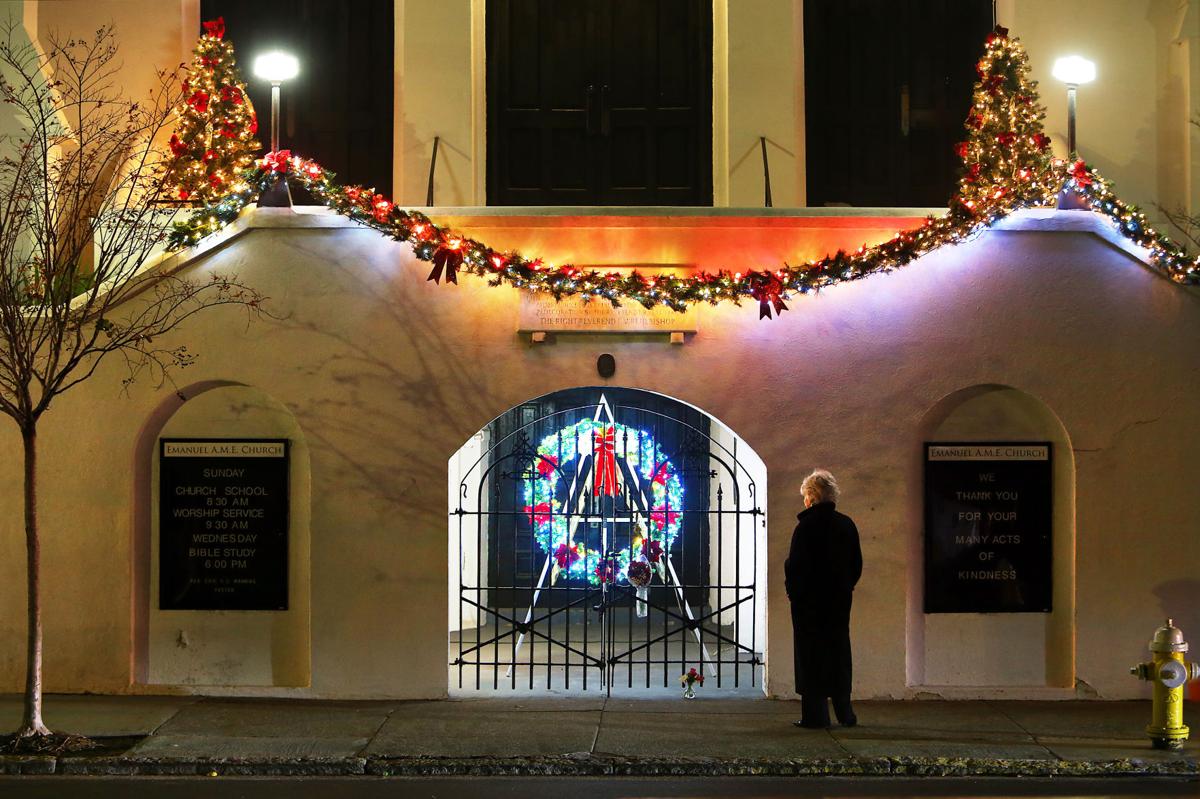 On Thursday night, Dec. 15, 2016, Dr. Patricia Blanton lingered at Emanuel AME Church, which is decorated for Christmas. "We felt like we needed to come down here tonight," said Dr. Theresa Gonzales, who visited with her. Wade Spees/Staff 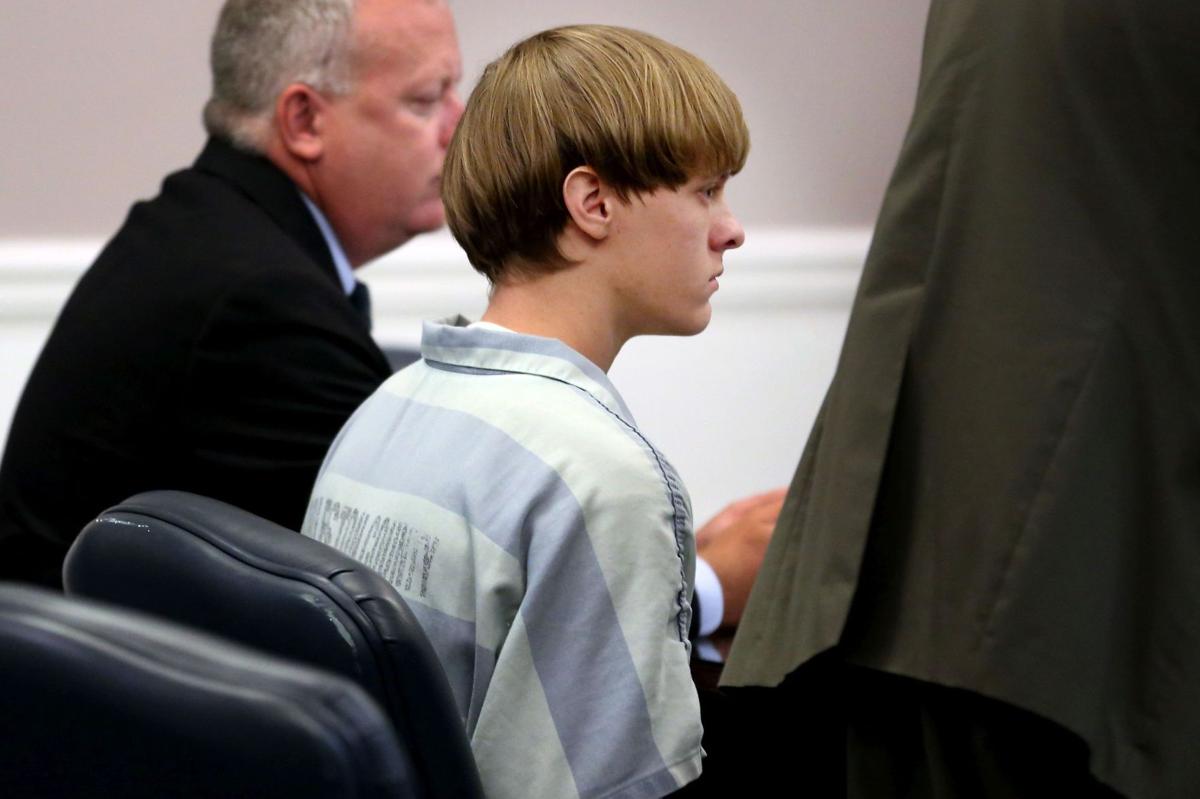 Dylann Roof appears at a court hearing in Charleston on July 16. File 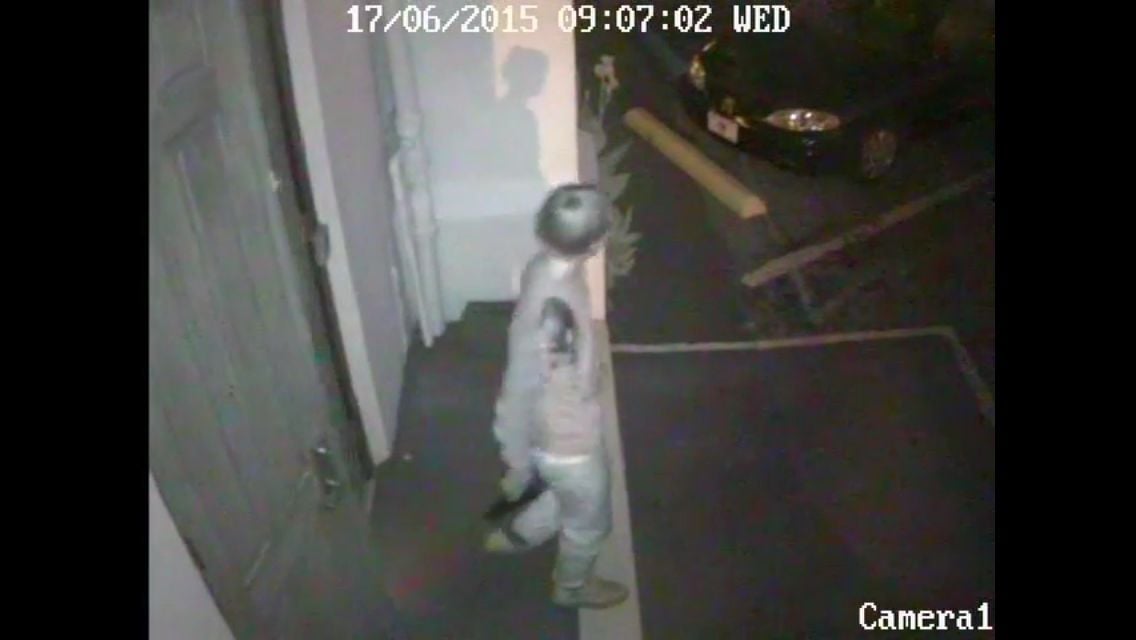 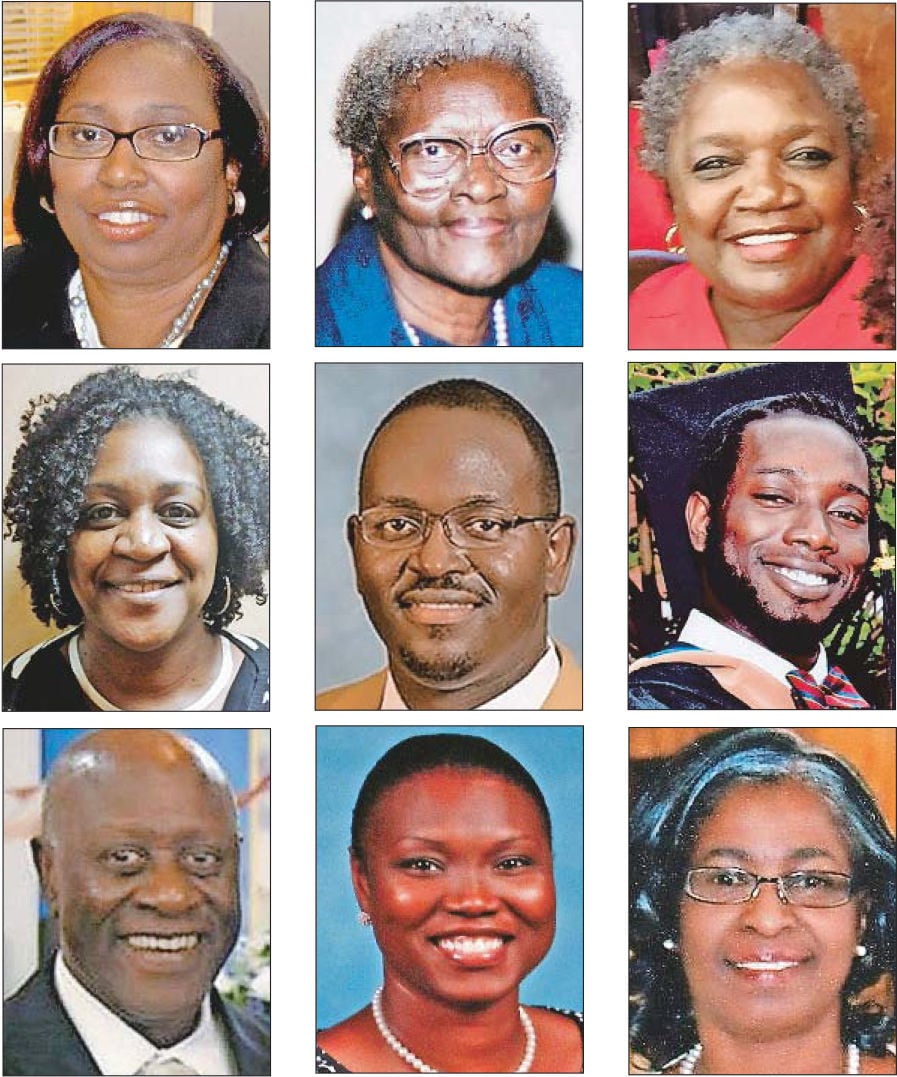 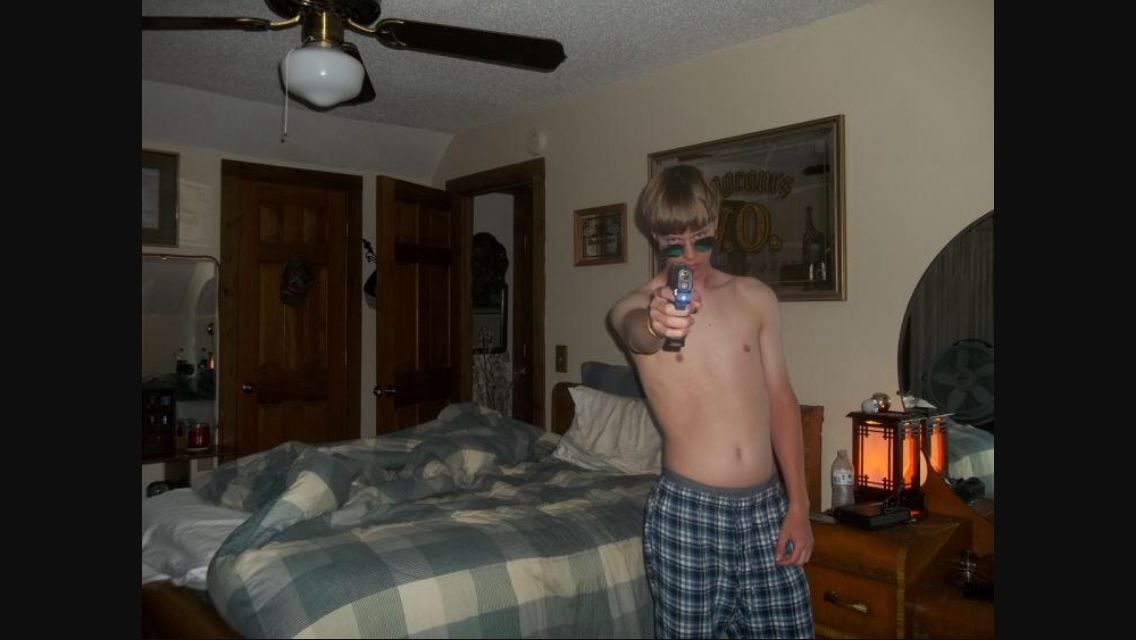 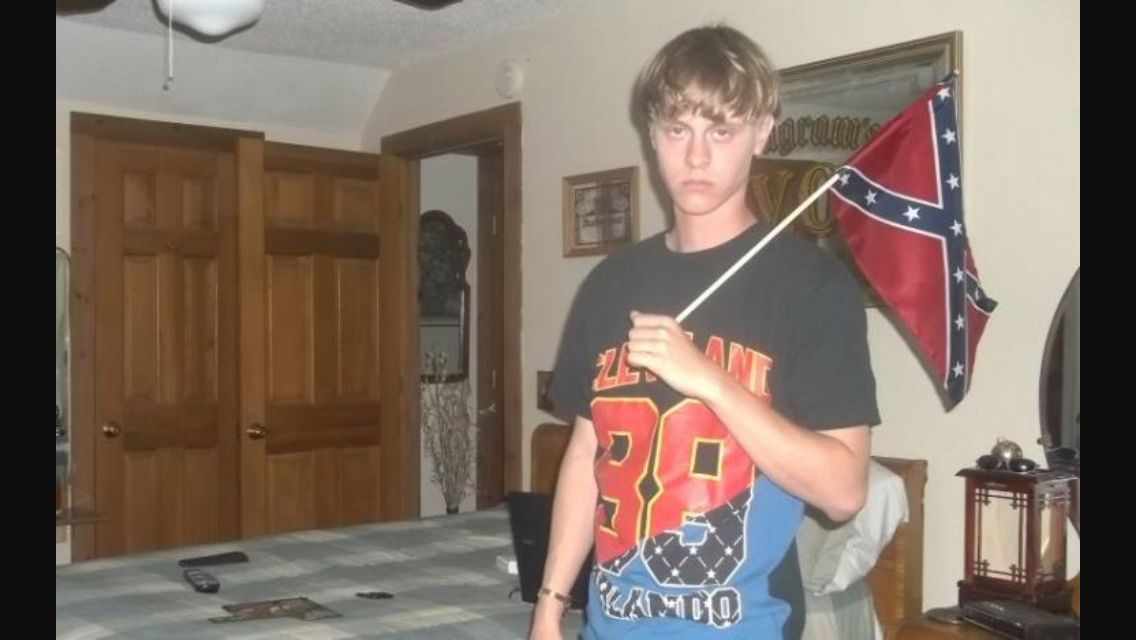 Dylann Roof poses with a Confederate flag in his bedroom in Eastover. The photo is among dozens Roof took to accompany an online racist manifesto he posted before the Emanuel AME Church massacre in June 2015.

On Thursday night, Dec. 15, 2016, Dr. Patricia Blanton lingered at Emanuel AME Church, which is decorated for Christmas. "We felt like we needed to come down here tonight," said Dr. Theresa Gonzales, who visited with her. Wade Spees/Staff

Dylann Roof appears at a court hearing in Charleston on July 16. File

Dylann Roof poses with a Confederate flag in his bedroom in Eastover. The photo is among dozens Roof took to accompany an online racist manifesto he posted before the Emanuel AME Church massacre in June 2015.

Dylann Roof, a gun-obsessed loner who tried to provoke a race war after soaking up online hate, faces a potential death sentence after a jury convicted him of 33 federal crimes Thursday stemming from the shooting of nine black parishioners at Charleston's Emanuel AME Church.

The jury with three black members and nine white members deliberated for two hours before finding the self-avowed white supremacist guilty of hate crimes, obstruction of religion, and firearms violations.

Roof stood facing forward, impassive, as the jury foreman delivered each verdict. He then reaffirmed his plans to represent himself in the trial's upcoming penalty phase with his life on the line, a move the judge called "a bad decision."

The verdicts came nearly two years from the day Roof began scouting out Emanuel for his attack, making the 90-minute drive from his Eastover home to Charleston six times to prepare for the shooting rampage that took place during a weekly Bible study in June 2015.

Nearly 50 victims' family members and the adult survivors of the shooting packed into the courtroom. They listened quietly, several nodding, many holding hands as the verdicts were read. Afterward, several hugged. Others left smiling. Statements soon poured in from across the country from politicians, gun-control groups and others wishing them peace and expressing relief that justice had been done.

Roof confessed to the killings and his legal team readily acknowledged his guilt. Offering no defense, they instead sought to portray the 22-year-old gunman as a disaffected, delusional loner who was set on a twisted path to murder by racist rantings he found online.

Federal prosecutors urged the jury to cast aside such “distractions” and hold Roof accountable for the carnage he left in his wake. They described him as a cold, calculating and methodical killer filled with a vast reservoir of hate that he unleashed on nine kind and virtuous church-goers who had done him no wrong.

They were Cynthia Hurd, 54, a library manager who stayed that night to support a friend; Susie Jackson, 87, a family matriarch who sang in the choir; Ethel Lance, 70, the church's sexton who found strength in gospel songs; DePayne Middleton-Doctor, 49, a minister licensed to preach on the night of the shooting; the Rev. Clementa Pinckney, 41, the church's pastor and a state senator; Tywanza Sanders, 26, a barber, poet and aspiring entrepreneur; the Rev. Daniel Simmons Sr., 74, a sharp-dressing retired pastor who led the Bible study most nights; Sharonda Coleman Singleton, 45, a minister and beloved track coach; and Myra Thompson, 59, a church trustee chosen to lead the study lesson. These were the people who welcomed Roof into their midst that night.

In the government's emotional closing argument after six days of testimony, Assistant U.S. Attorney Nathan Williams said hatred had no place in the sanctuary of Emanuel, but Roof brought it just the same. He turned his .45-caliber Glock pistol on innocents and peppered them with at least 60 bullets when they were at their most defenseless, their eyes shut for closing prayer, he said.

"In that moment, a man of immense hatred walked around that room shooting person after person after person, stopping only so he could reload more magazines and kill more people," Williams told the jury, his voice growing louder. "It was an act of tremendous cowardice, shooting people as they have their eyes closed in prayer, shooting them on the ground" and as they cowered under tables.

The families of those killed and survivors cried softly and wiped their eyes, as did one juror, as Williams highlighted the bravery of Sanders, who tried to reason with Roof, and Simmons, who rose to check on the church's pastor after he was shot. As he spoke, Williams showed photographs of the dead sprawled in their fellowship hall juxtaposed with their smiling faces in life. Throughout, jurors leaned forward, listening intently.

Roof, dressed in a light blue sweater and slacks, stared ahead, as he had throughout testimony, showing no emotion. His grandparents also watched quietly, his grandmother leaning her face against one hand.

Roof executed these people, in part, because he viewed them through a racist lens and considered them less than human, Williams said. He viewed apartheid as an ideal and sought to stoke a race war with an attack fueled by a hatred that was "planned, thought-through and horrifically violent," he said.

Roof may have taken their lives, Williams said, but he did not destroy a goodness they exemplified that was greater than his hate. "He does not get to choose who they were, the example that they lived their lives by — not in this church, not in this courtroom."

Williams said the racist journal and online manifesto Roof posted, along with hundreds of photos, showed his dedication to his crooked cause and the "vastness of his hatred." He spent months scouting his target and stockpiling ammunition, casing Emanuel in trip after trip to Charleston, often spending hours outside the house of worship, Williams said. Roof would later tell FBI agents that he targeted the oldest AME church in the South because of its historical significance, hoping an attack there would resonate with the world at large.

Lists found in his car contained the names of several other black churches and an African-American festival in Elloree — more signs of the preparation Roof took and the depths of hatred that drove him, Williams said. He then played for the jury a video of Roof taking target practice with the gun he used to kill the Emanuel worshipers, firing again and again with the laser-sighted pistol in the backyard of the home where he lived in Eastover, he said.

Roof’s lead attorney, David Bruck, a nationally renowned capital defense lawyer who rested his case Wednesday without calling a single witness, didn't dispute Roof's hand in the crime, but implored jurors to consider why this all came to pass.

Bruck said Roof was motivated by racist rantings and conspiracy theories he found on the internet. That he saw murdering innocents in a church as an appropriate remedy to perceived injustices against whites, raises real questions about his perceptions and state of mind, as does his initial plan to take his life after the mass shooting, he said.

"There is hatred all right, and certainly racism, but it goes a lot further than that," he said.

The jury will return Jan. 3 to decide whether to impose death, or sentence Roof to life imprisonment.

After that, Roof is scheduled to be tried on murder charges in state court, where he also faces the prospect of a death sentence. Ninth Circuit Solicitor Scarlett Wilson, who will prosecute that case, has been closely following the federal case, and she said she "was proud of my colleagues for a case well tried."

There has been much discussion about whether Wilson will pursue a second trial if Roof is handed a death sentence in federal court. She said Thursday that she wants to see how the case plays out there before meeting with federal prosecutors and the victims' families to discuss a path forward.

"I am very pleased with what I have seen so far," she said.

"It is my hope that the survivors, the families and the people of South Carolina can find so…