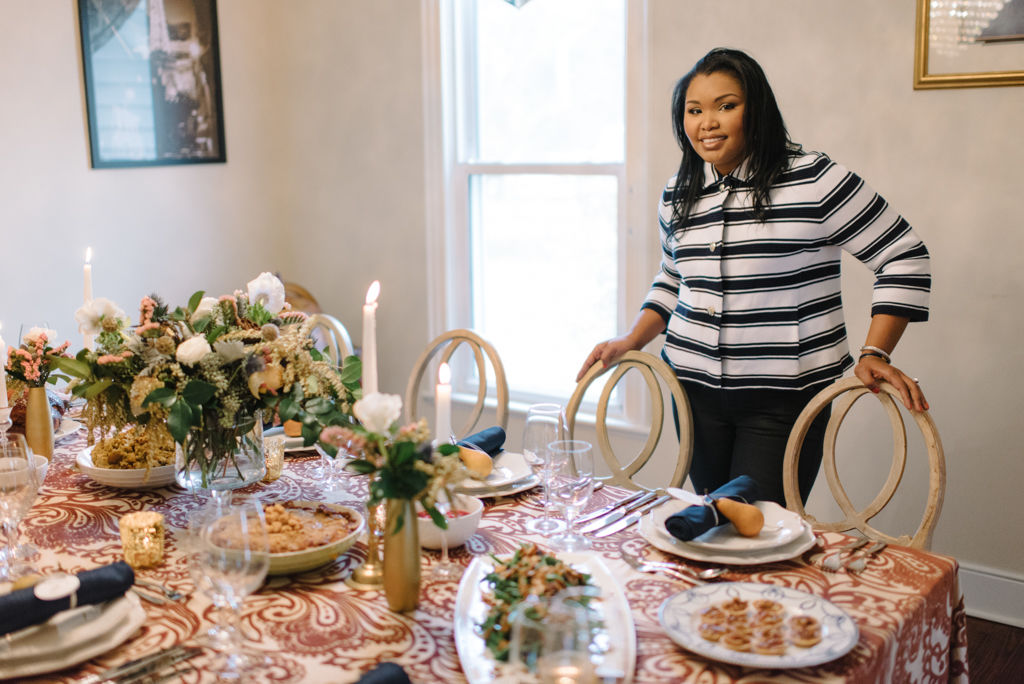 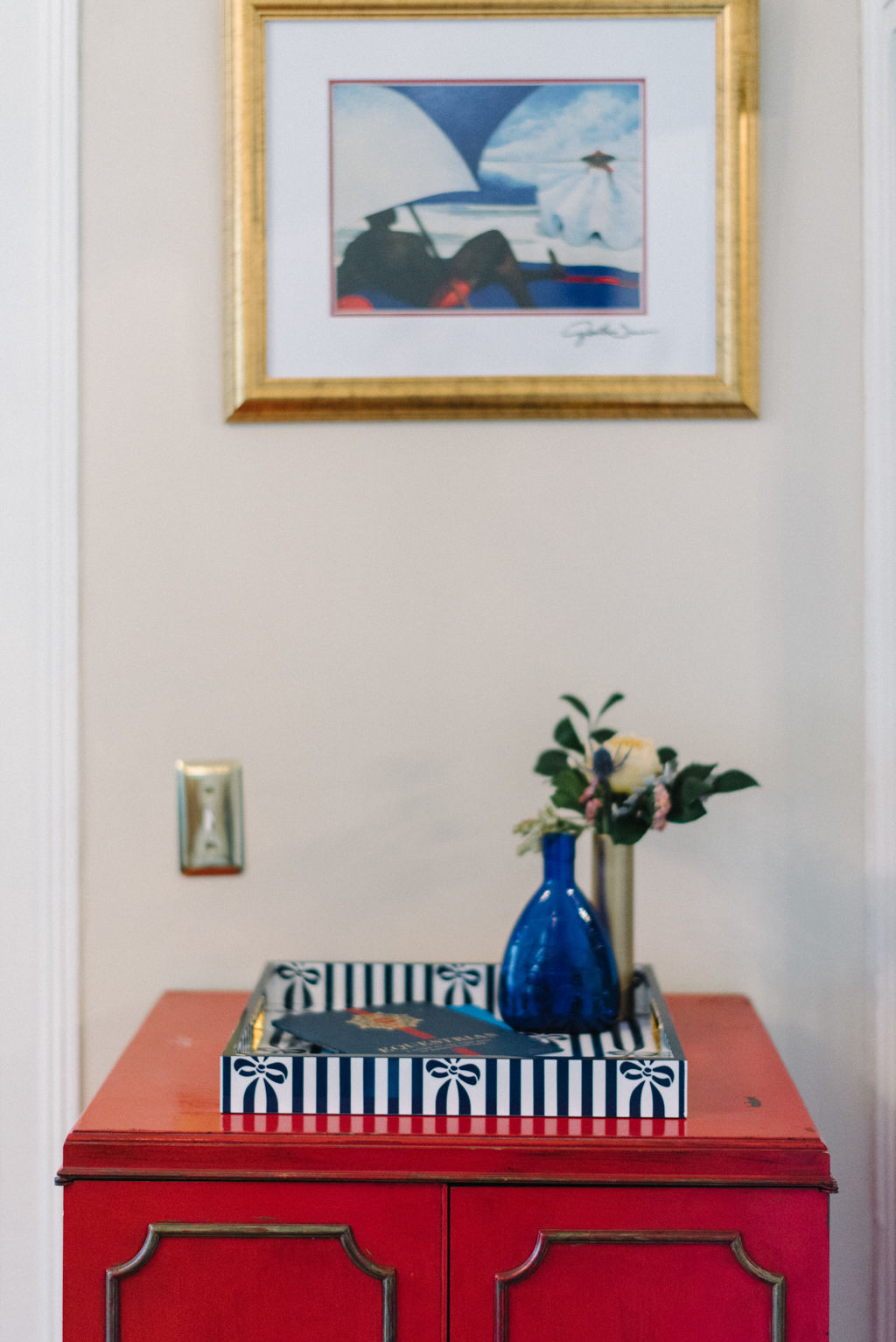 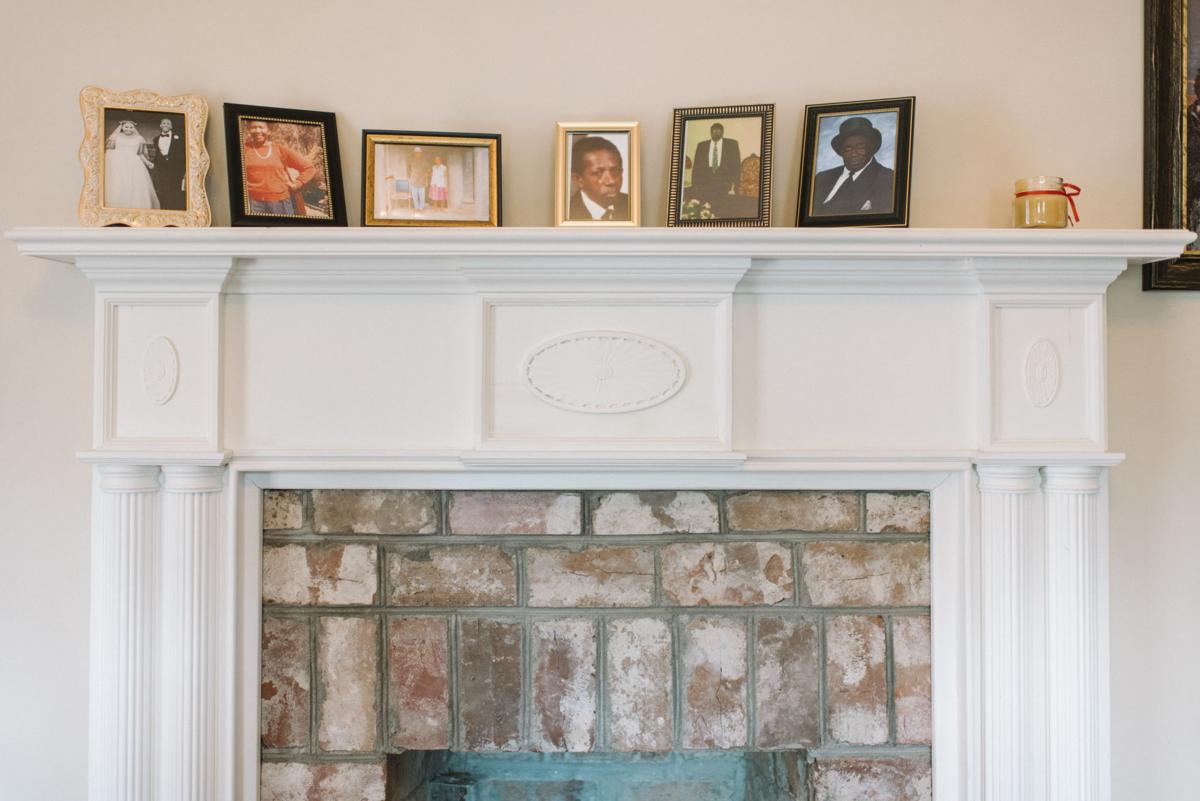 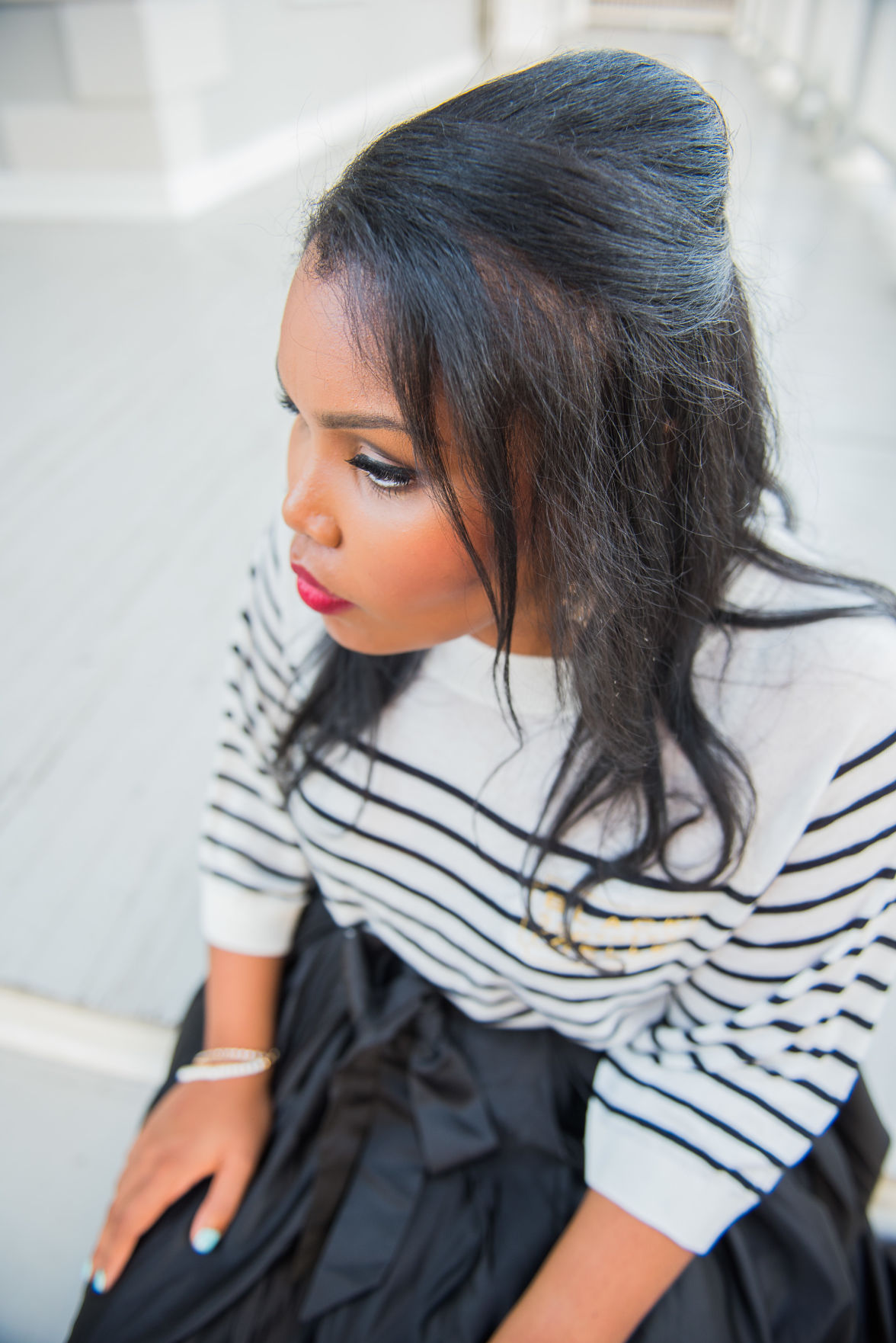 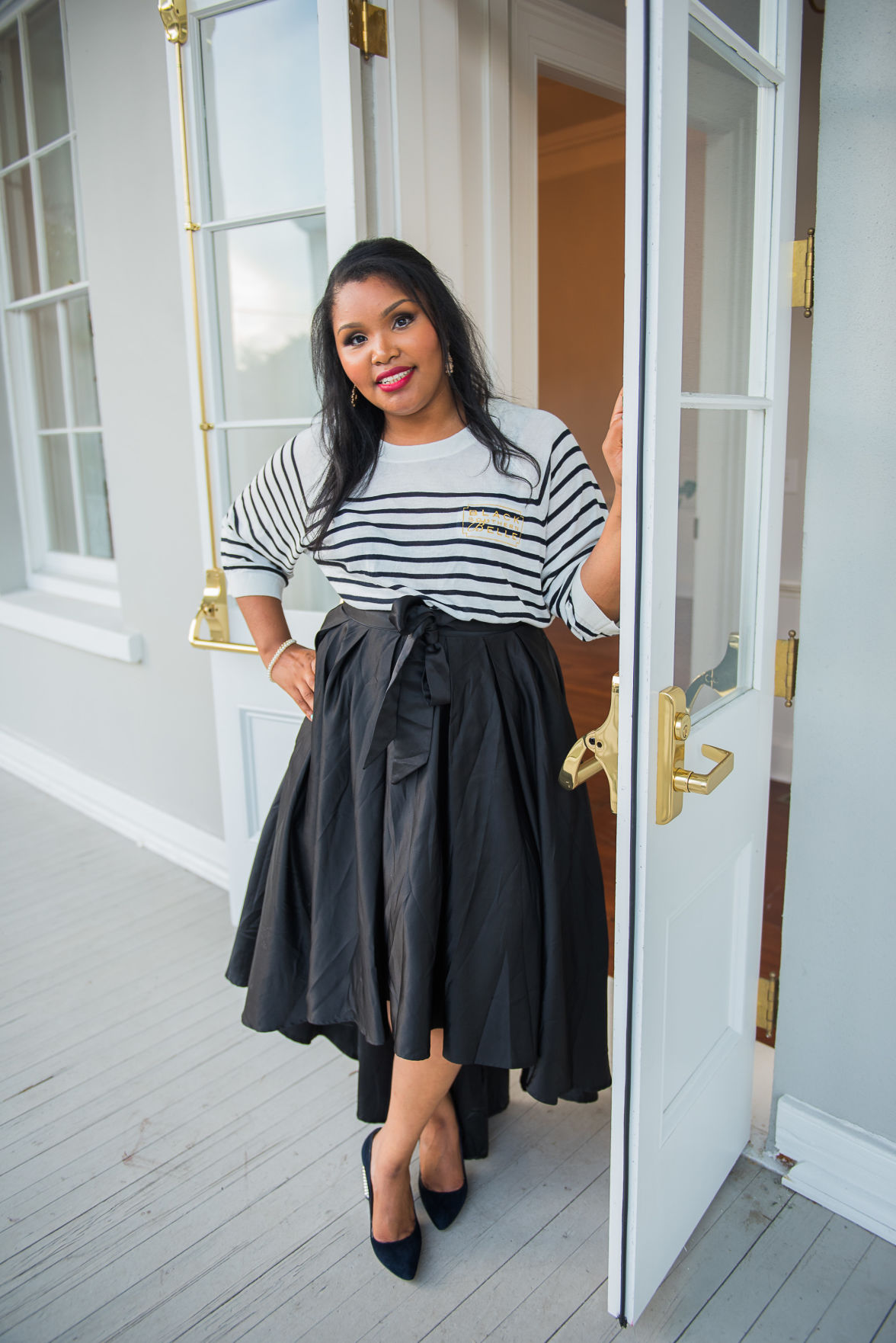 The Black Southern Belle is a travel, lifestyle and art blog based on Michiel Perry's life in the South. Aneris Photography/Provided 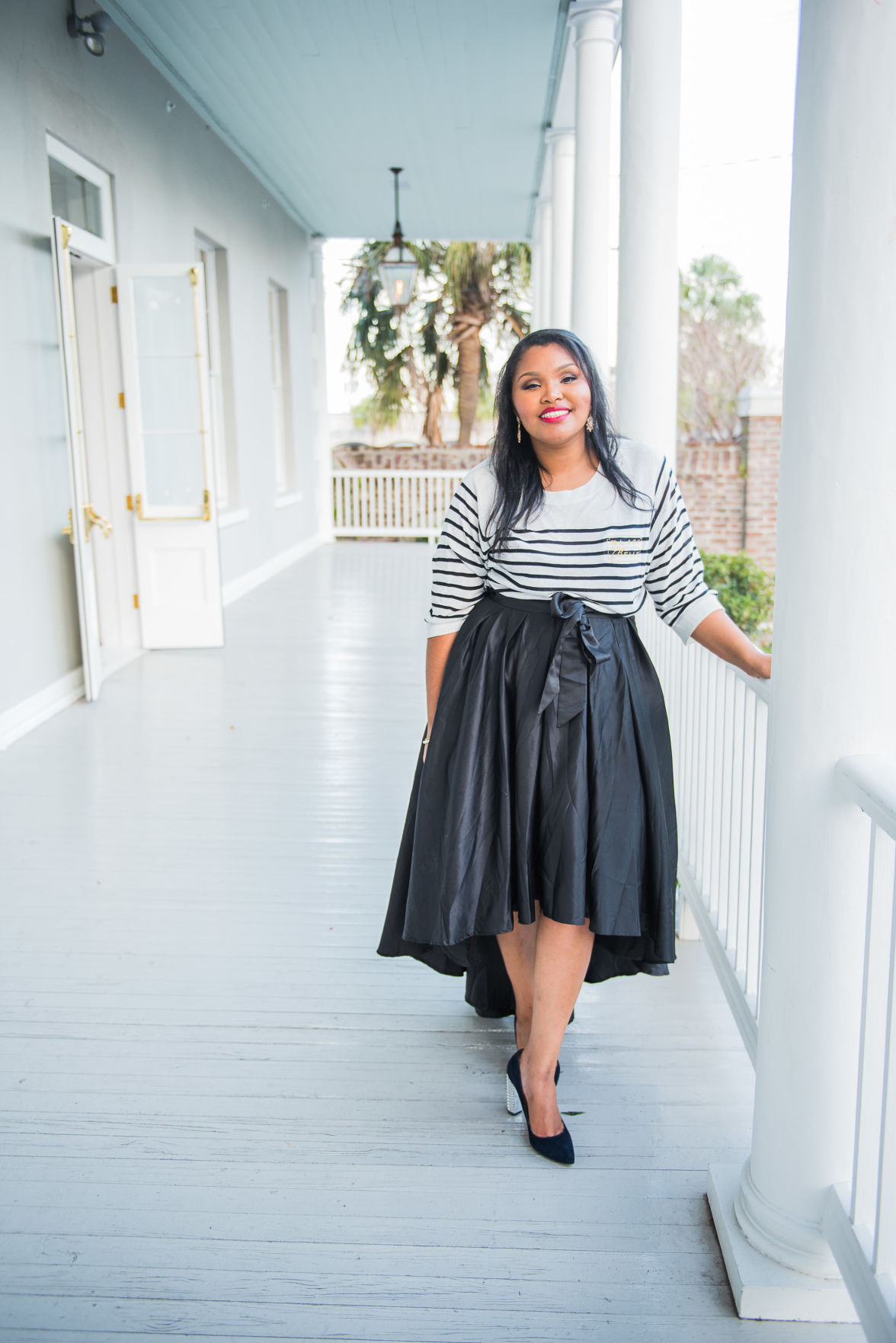 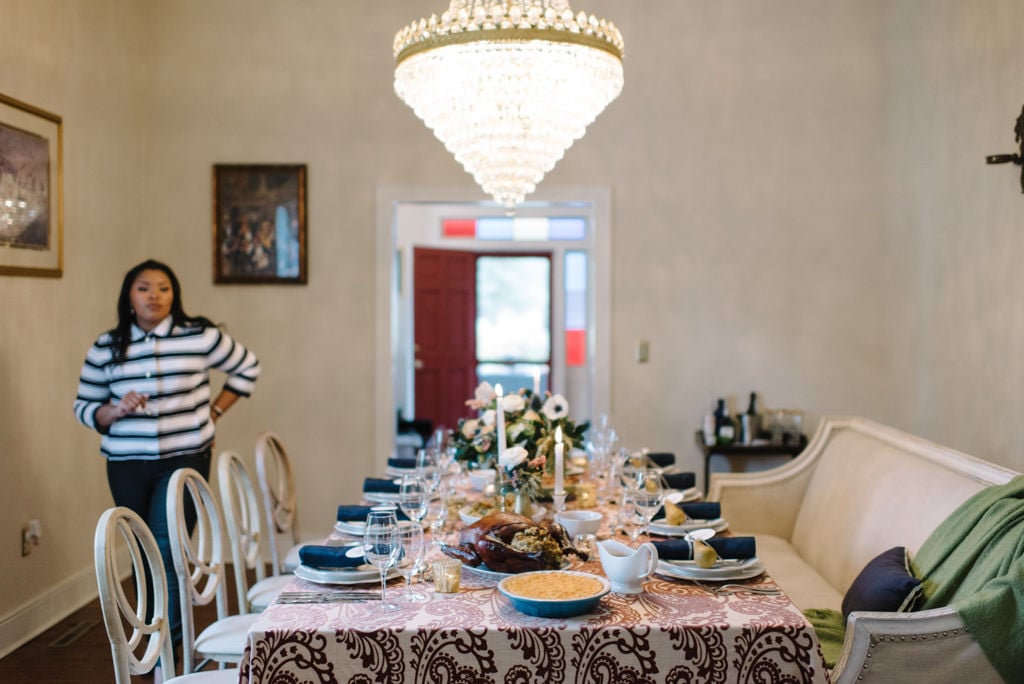 Michiel Perry says that "Southern belle" can have many definitions. Elizabeth Fay Gouldon/Provided 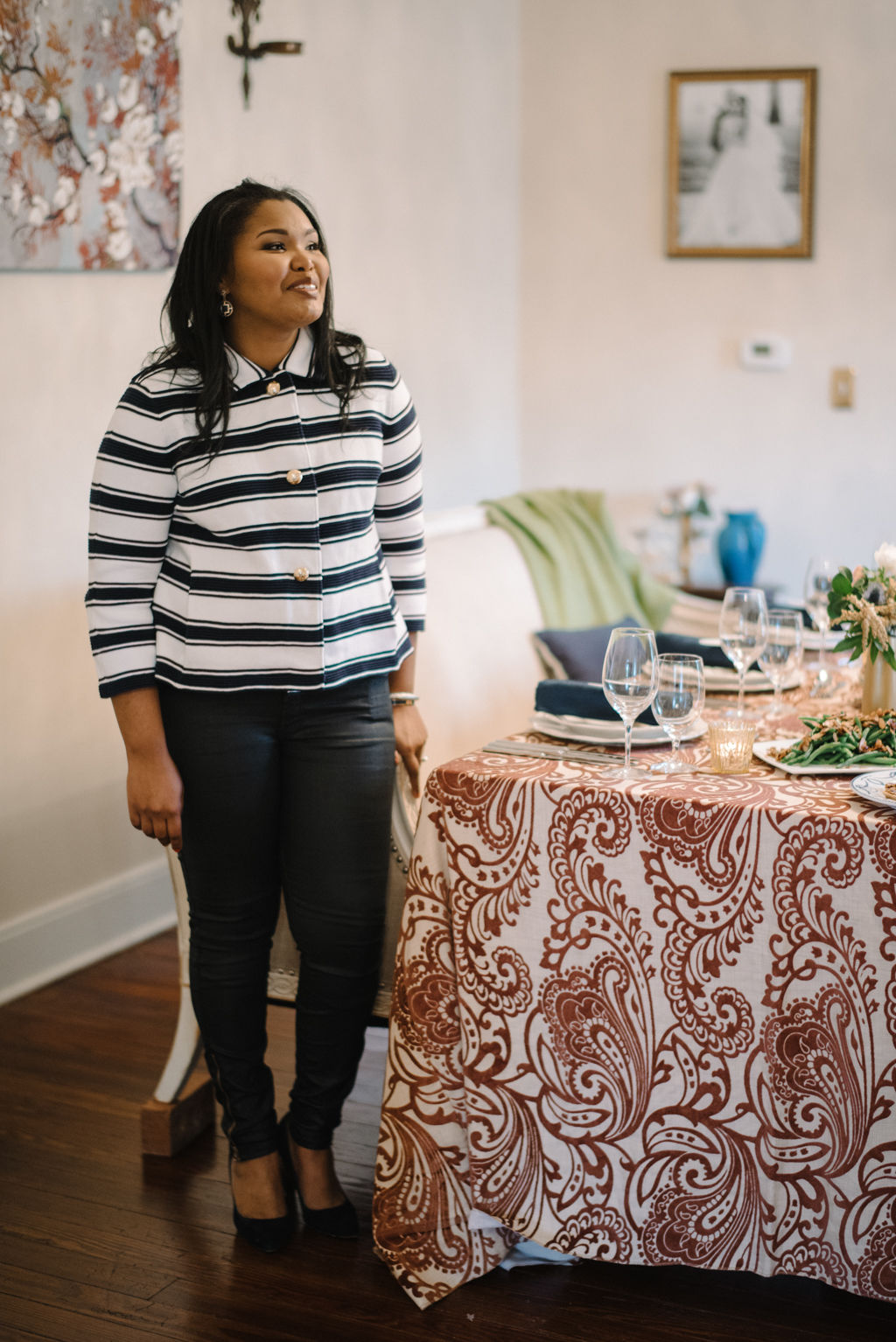 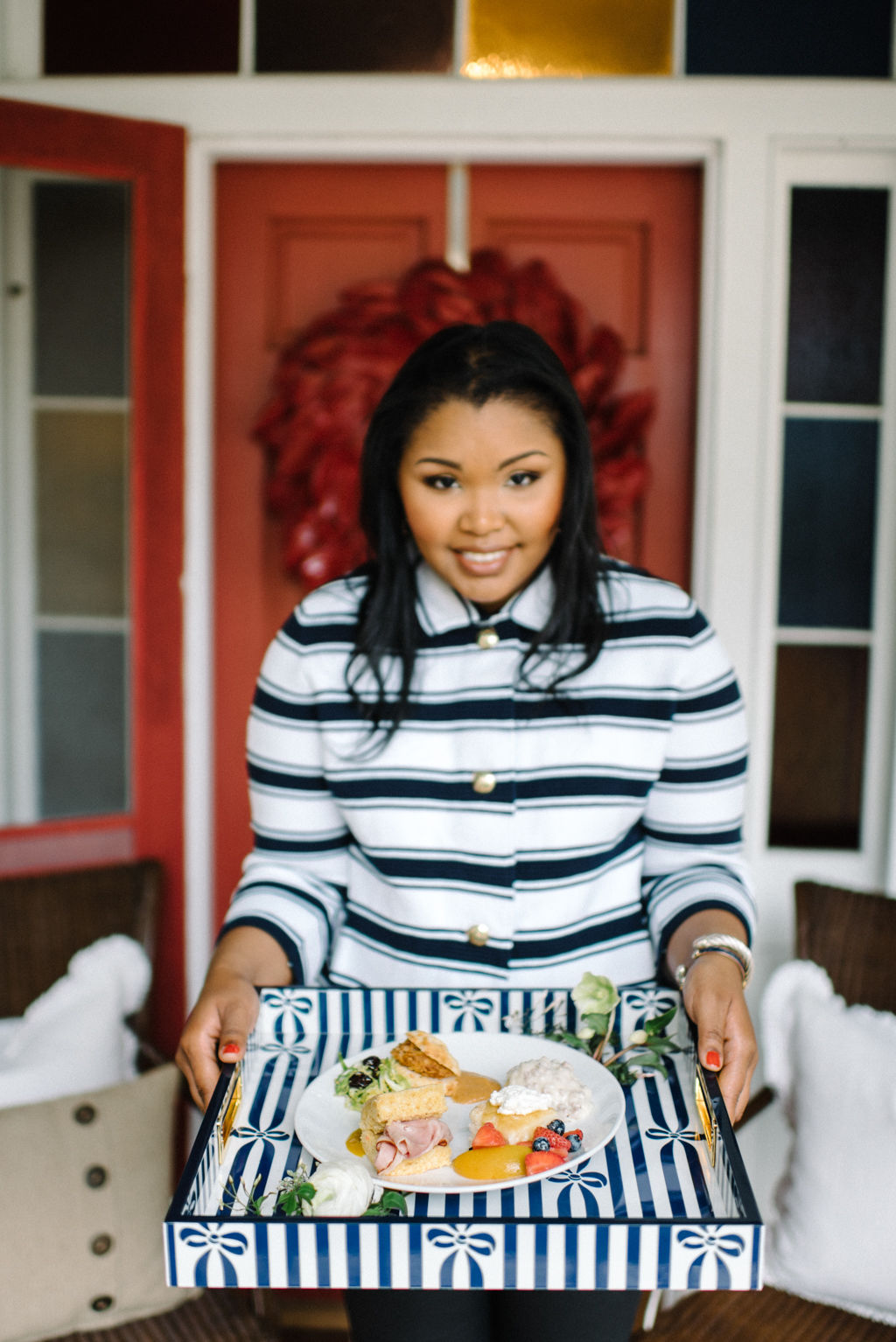 The Black Southern Belle has almost 170,000 followers on Facebook and more than 30,000 on Instagram. Elizabeth Fay Gouldon/Provided 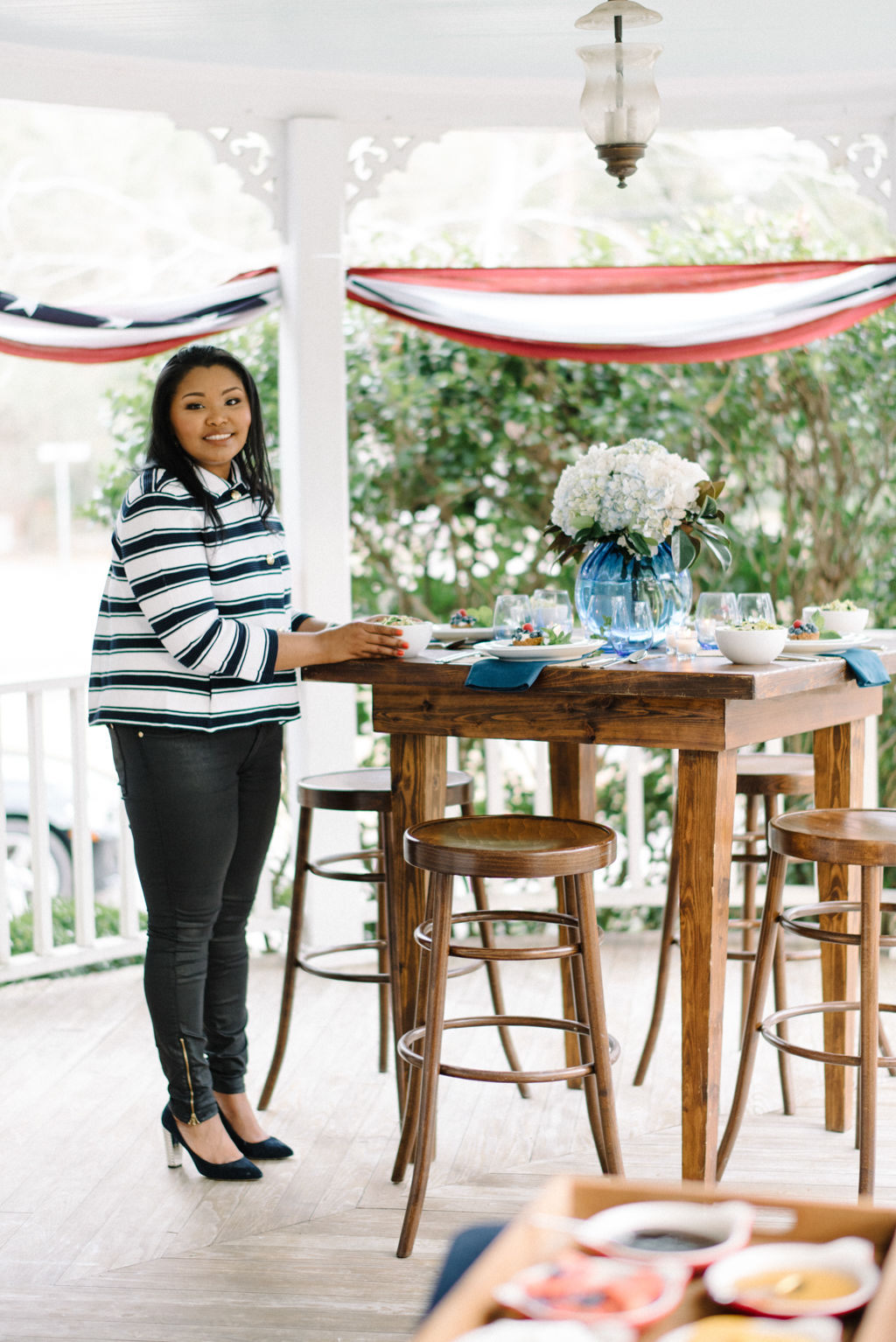 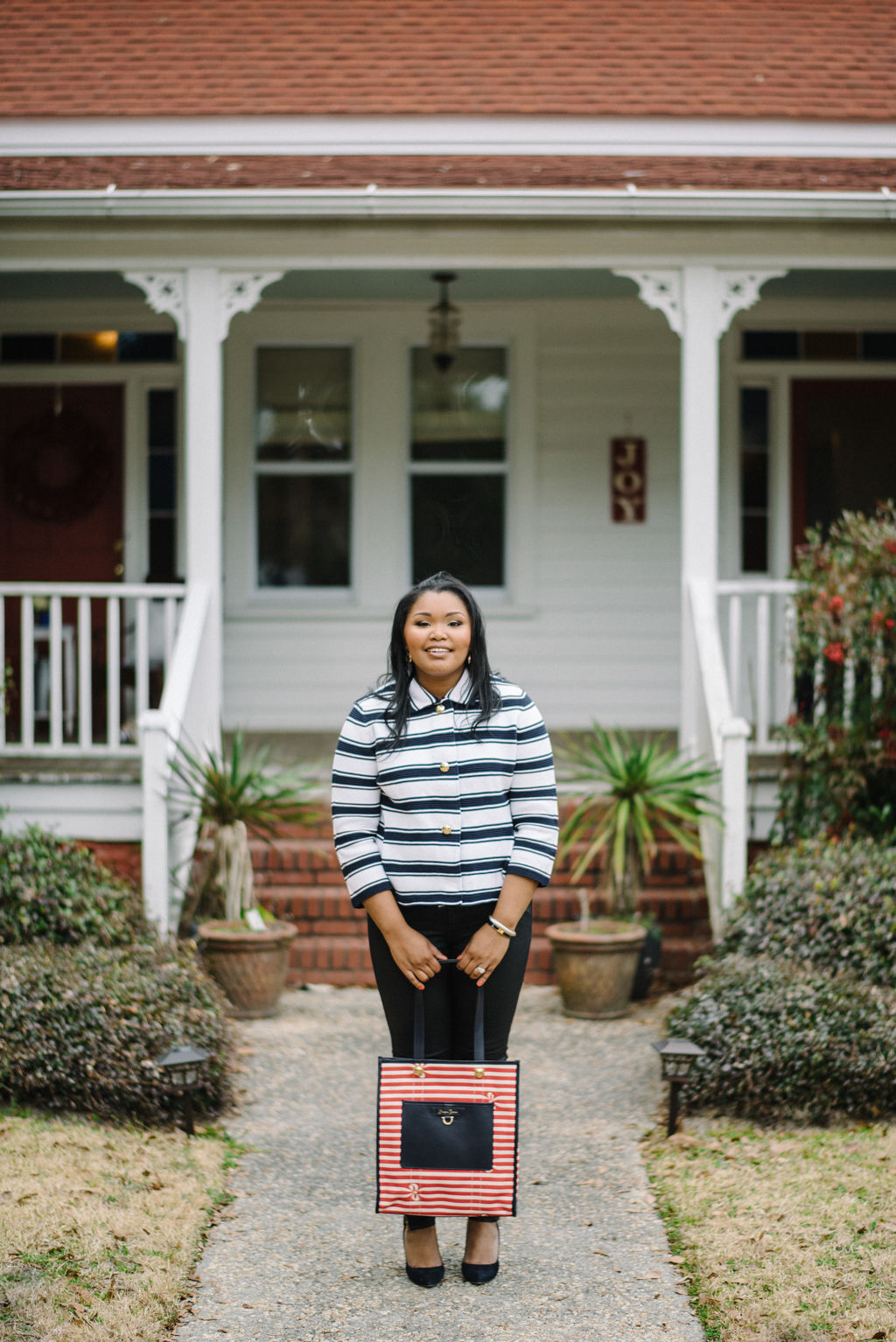 Perry and her friends have called themselves black Southern belles for years. Elizabeth Fay Gouldon/Provided 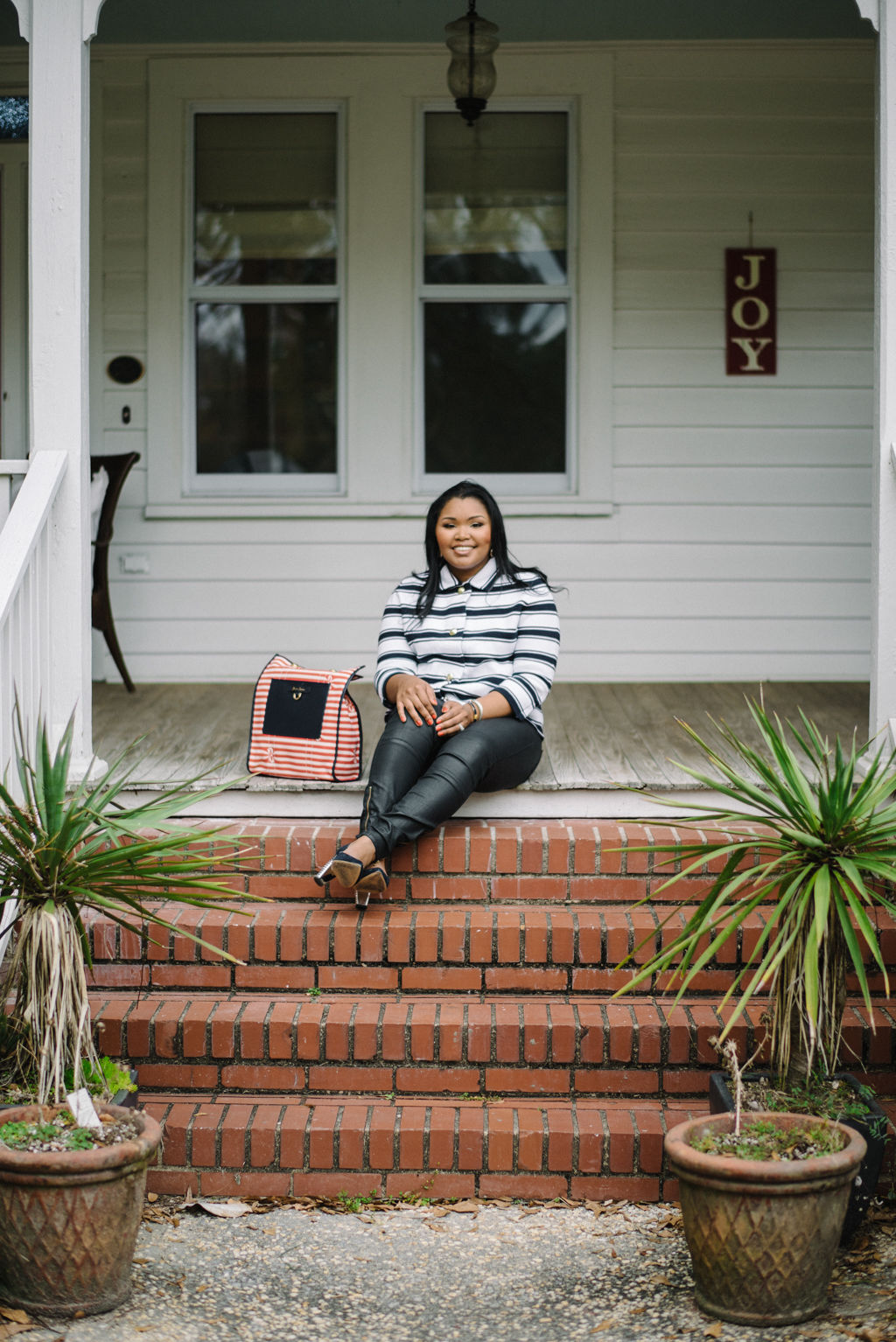 Michiel Perry travels to rural Southern towns and writes about them on her blog. Elizabeth Fay Gouldon/Provided

The Black Southern Belle is a travel, lifestyle and art blog based on Michiel Perry's life in the South. Aneris Photography/Provided

Michiel Perry says that "Southern belle" can have many definitions. Elizabeth Fay Gouldon/Provided

The Black Southern Belle has almost 170,000 followers on Facebook and more than 30,000 on Instagram. Elizabeth Fay Gouldon/Provided

Michiel Perry travels to rural Southern towns and writes about them on her blog. Elizabeth Fay Gouldon/Provided

The Black Southern Belle makes money by traveling throughout the rural Southeast and writing about her discoveries, from roadside seafood stands to hole-in-the-wall antique shops.

The Walterboro-based blogger Michiel Perry has made it her full-time job to write about her off-the-beaten-path escapades, unique finds and life as a fashionable black mother in South Carolina with a taste for vintage decor and historic architecture.

The escapades are paying off.

The 31-year-old has been blogging for four years and has almost 170,000 followers on Facebook and more than 30,000 on Instagram. These numbers have catapulted her to social media fame, making her an "influencer" in a virtual space that is expanding as businesses look for unique ways to reach potential customers.

Forbes notes that someone with 100,000 followers can command up to $5,000 for a post made in partnership with a company or brand. Some of the biggest influencers on the web rack up tens of millions of dollars a year.

Meet some of Charleston's most popular bloggers and social media influencers

Though Perry isn't raking in tens of millions annually (she declined to specify exactly how much she makes) from her rural home base in Colleton County, she's achieving far more than most bloggers. She's found her way into the top 8 percent of bloggers who make their living this way.

Perry says she has worked with companies such as American Express, AT&T and Pure Leaf. She is currently part of the brand ambassador programs for Home Depot, Evite and Apartment Therapy.

She's also among just 11 percent of bloggers who are African American, according to the latest study by the Pew Research Center.

Perry's ancestors on her father's side were enslaved Africans, brought to South Carolina to work at plantations. She grew up in Summerville with extended family in Ridgeville, Moncks Corner and across the Lowcountry. She recalls family reunions, holiday parties and backyard barbecues with around 100 of her local relatives.

Perry is related to the Middletons and Gaddists. Her cousin is Lee Pringle, the founder of Colour of Music, a Charleston music festival featuring black classical musicians.

"Let's just say I have a big family from here," Perry says. "I like it that way. Everything always connects."

Those generational connections are what got Perry fascinated with local African American history, from black-owned businesses to AME churches. She's made it her goal to uncover the stories of the small-town South.

What it means to be a Southern belle

"The term 'Southern belle' means something different to everyone," Perry says. "To me, it's about remembering home and owning where I came from."

Perry chose the name Black Southern Belle for her blog because she and her friends often called themselves by the phrase, which combines their Southern roots, ethnicity and lifestyle.

"I'm known to find an oyster roast at a lodge or a church," Perry says. "But I also like wining and dining."

She says a Southern belle can be Bohemian or preppy. She can ride horses or host dinner parties on her porch. She can be a debutante or a tomboy, "fancy or down-home."

Perry says she isn't the first black Southern belle, and she won't be the last.

"The term just resonates with me," she says. "I wanted to show what it means to be black, Southern and a woman."

When Perry first Googled the term, the URL wasn't taken. So she decided she would create it.

Chuma Gallery: Pretty much have to buy a piece of art whenever I stop there.

SEWE Weekend: Got married on Valentine's Day weekend, and make it an annual event to attend with my husband, and now Jackson.

Cannonborough Collective: Adore the owners, and you can never have enough earrings from The Tiny Tassel.

Avery Research Center: My husband works in education, and we have a painting of Avery Institute over our living room fireplace.

Highway 17: I love taking the back roads on the coastal highway and finding new places to explore in the Lowcountry.

Her goal for the blog initially was to write about her upcoming wedding. Then, over time, it expanded into travel, home decor, food, fashion, art, books and motherhood.

Perry found her particular passion in visiting small towns throughout the Southeast and learning more about their history and secret spots.

"That's where you find something random you can't find anywhere else," Perry explains.

She's interviewed sweetgrass basket weavers and antique shop owners, food truck chefs and art gallery managers, museum curators and market artisans — from the Mississippi Delta to the Lowcountry. Whenever she travels to a new town, she looks for the best okra soup, rice and beans, and seafood. And when she can't travel in person, she scrolls Instagram for #blackart and #gullahart to discover new creatives.

When she's not on the road, Perry writes about being a mom (she has a 15-month-old son named Jackson) and decorating her historic Walterboro Victorian farmhouse, which was built in 1890.

But before getting married and moving to Walterboro, Perry lived in Washington, D.C., and worked in politics and public affairs. She used to help plan the Taste of the South Ball. She says it's an event that proves how much Northerners love Southern food.

"A lot of people are obsessed with the South all over," Perry says. "I think it's because a lot of people want to slow life down. They want to balance being traditional with being modern."

Perry writes about that balance between traditional and modern a lot on her blog, including how Southern women can use it to advance their own career. She mentions how in-person meetings and hand-written thank you notes are gestures that can go a long way in the professional realm, a space cluttered with emails and voicemails.

It's not just about heritage. It's about a way of life, Perry says.

Perry also uses her former role in public affairs to share information about rural, black-owned businesses that might not have a social media presence or website. She says she's discovered the best jellies and jams, meat markets and Gullah artwork at places you wouldn't be able to find unless you drove by them.

"It's really fun writing about people who have never been written about," Perry says. "A lot of magazines follow my site, too, so it's helped them out on more platforms than one. I've also suggested folks to tourism offices."

Perry gets assignments to travel to new towns all the time, often for a particular partnership.

She says her rules while traveling are to try to find all the museums, ask locals for recommendations, stop at a gas station that's not a chain and eat at a random restaurant that looks like it doesn't have a website. She says she'll try to find "the shrimp guy" or the farmer's market. And she's not afraid to stop on the side of the road when she sees a gift shop or artisan stand.

Perry also does some research in advance to make sure places will be open when she's there. She'll sift through old books, too, to get a better sense of the area's history before she's even in the car.

"I like finding the artsy people," Perry says. "They just know everything."

Sitting on her "Purple Rain" couch — surrounded by art from across the Southeast, in front of an original 1890 fireplace and next to her library room full of biographies of Southern black artists and entrepreneurs — Perry types her next blog.

You can read it at blacksouthernbelle.com.