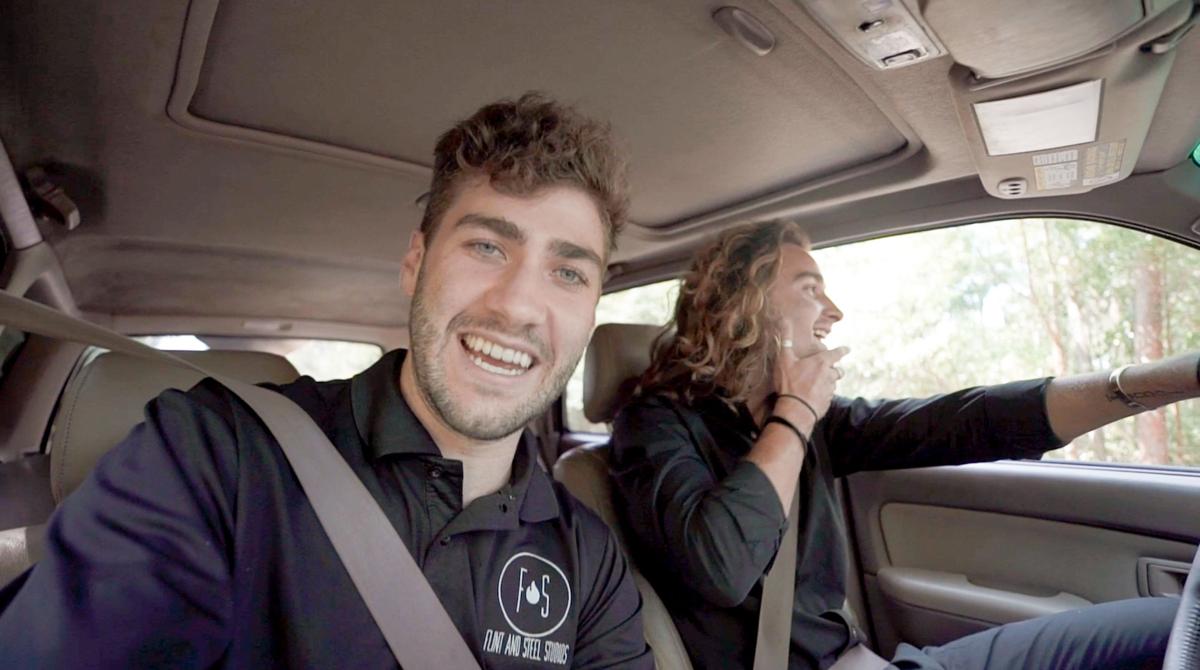 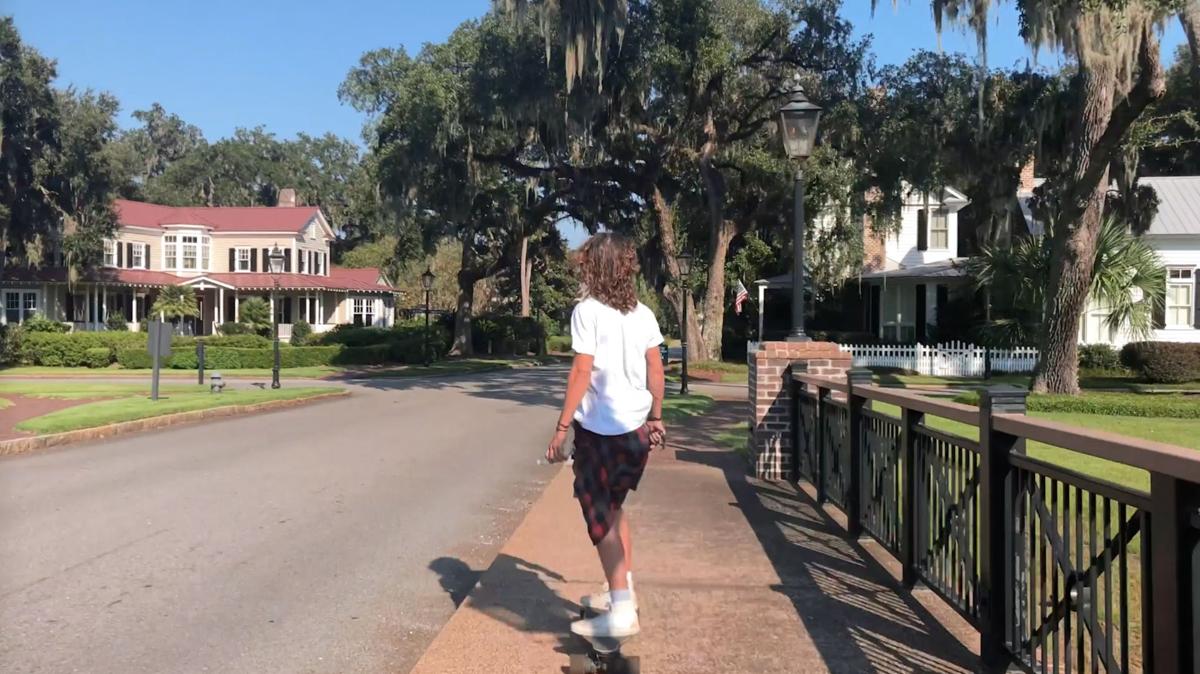 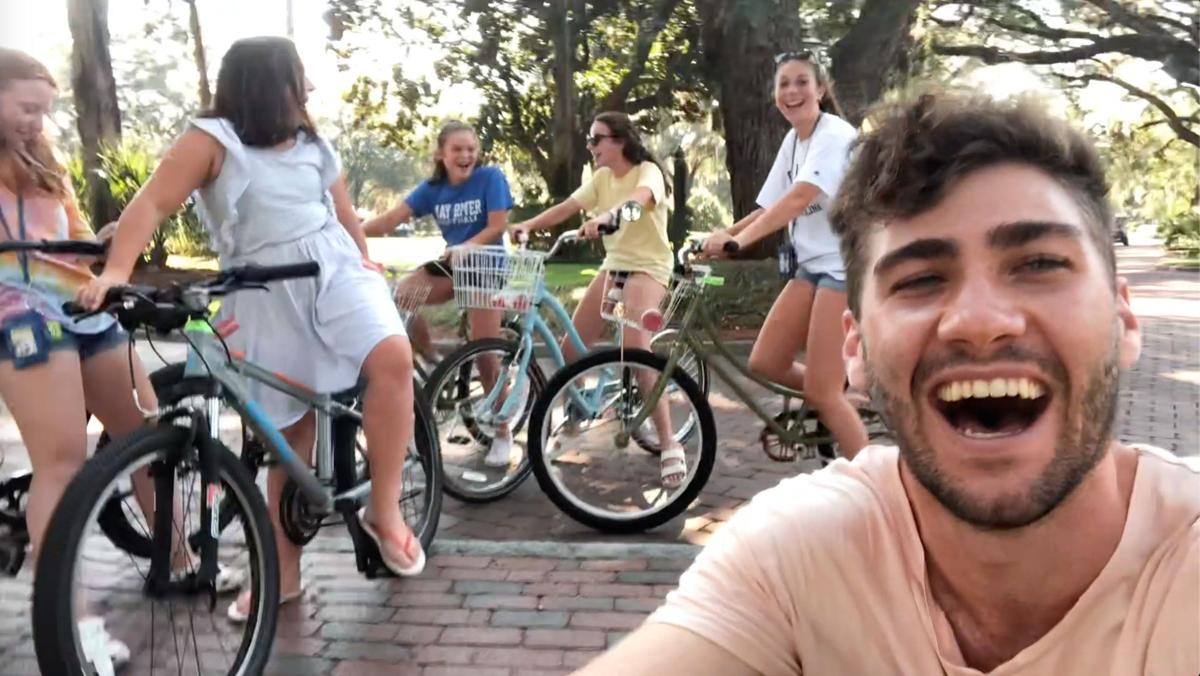 Eric Decker hangs out with a teenage girl gang before Justin Bieber's wedding. They thought he was a celebrity vlogger from L.A. Provided

When news leaked that Justin Bieber was going to tie the knot (for a second time) in Bluffton, S.C., Atlanta-based YouTube video creator Eric Decker knew what he had to do.

The 22-year-old daredevil content creator has made it his niche to crash events, from weddings to private celebrity parties to music festivals. Decker says he's succeeded at all of his attempts in the past three years, which include the Tomorrowland music festival in Belgium, the VIP section at a Travis Scott concert and the real-life Hawkin's Lab featured in hit Netflix series "Stranger Things."

Which is why his confidence was high as he drove four hours from Atlanta to Bluffton to see if he could crash Justin Bieber's wedding on Sept. 30.

"I was on a hot streak, so I was 100 percent sure I would get into this wedding," Decker says. "I'm not the type of person to take 'no' very easily."

Decker, who says that Bieber was the "Aaron Carter of my generation," isn't necessarily the biggest fan of the A-list pop star. But he was enticed by the idea of other celebrities who might show up for his nuptials. Usher? Kanye?

So, along with his friend Peyton Curtis, he worked on a story he thought would get them past the Palmetto Bluff resort gates, where the Bieber wedding was going down. They would pretend like they were a gay couple who had planned to take engagement photos on the grounds.

Security turned them away.

The Bluffton Police Department confirmed that they had 12 officers on the resort site, working 12-hour shifts along the perimeter of the resort and even by boat with a marine patrol. Joy Nelson, community relations manager for the department, says Bieber and the resort contracted police for the private event, as well as hired security to patrol the resort's entrances and thwart potential intruders.

Turned away from the front entrance, but not defeated, the duo turned to Google maps to show them the way. They took an alternate route, past a different gate, where they were waved on.

Cameras rolling, they tried their best to blend in, spending a few hours skateboarding around leading up to the big event that night. Decker says that resort guests thought the two were L.A. celebrity vloggers, possibly a part of the wedding party. They didn't deny it. They snapped a lot of selfies with strangers. They made friends with a teenage girl gang, who followed them around for a bit.

"They became loyal subscribers after this," Decker notes.

Then came the fatal mistake. They brought out a drone.

"It was a great idea and all to amplify the content, but when the cops saw this quadcopter they didn’t know anything about at maybe the world’s biggest celebrity wedding, it was an immediate red flag," Decker says.

He says the two were immediately surrounded by security, who escorted them to their car, which was searched multiple times.

Decker and Curtis eventually were escorted off the property and asked never to return.

Nelson, of the Bluffton Police Department, says there were no reports or arrests issued during the wedding, so Decker must have been caught by Palmetto Bluff or Bieber security.

"Palmetto Bluff security is the first line of security when you get on property," she offers.

Palmetto Bluff did not respond to The Post and Courier's attempts to confirm this.

So are Decker's wedding crashing days at an end? The YouTuber says he's not giving up.

"I will definitely try to crash another wedding," he spills. "I feel like I learned a lot on this one about security measures. Next time, I won’t bring a drone."

Though he didn't get to see Bieber up close and personal, Decker says it was still quite the experience, with an ending he didn't expect.

He adds, "Honestly, kudos to security for catching us. I feel like it’s this game and they finally won one. It's been, like, 10-1, and this was security’s first victory. They won fair and square."