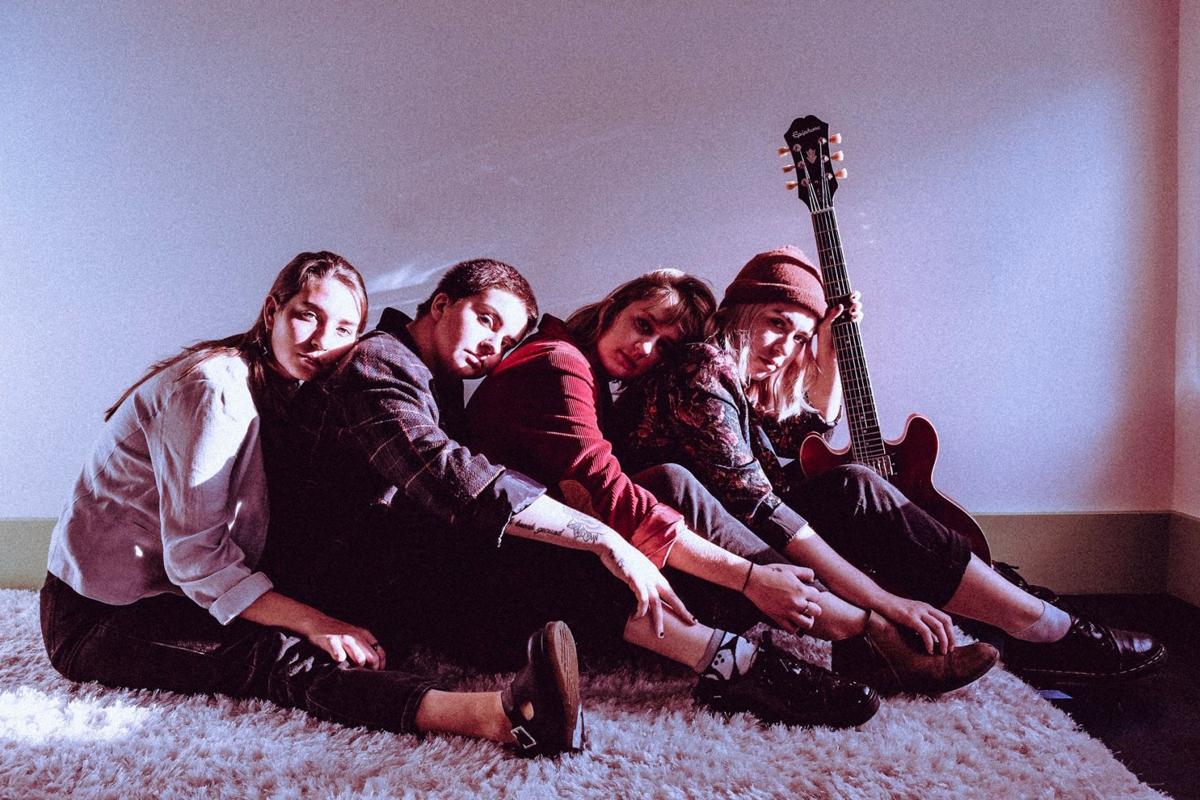 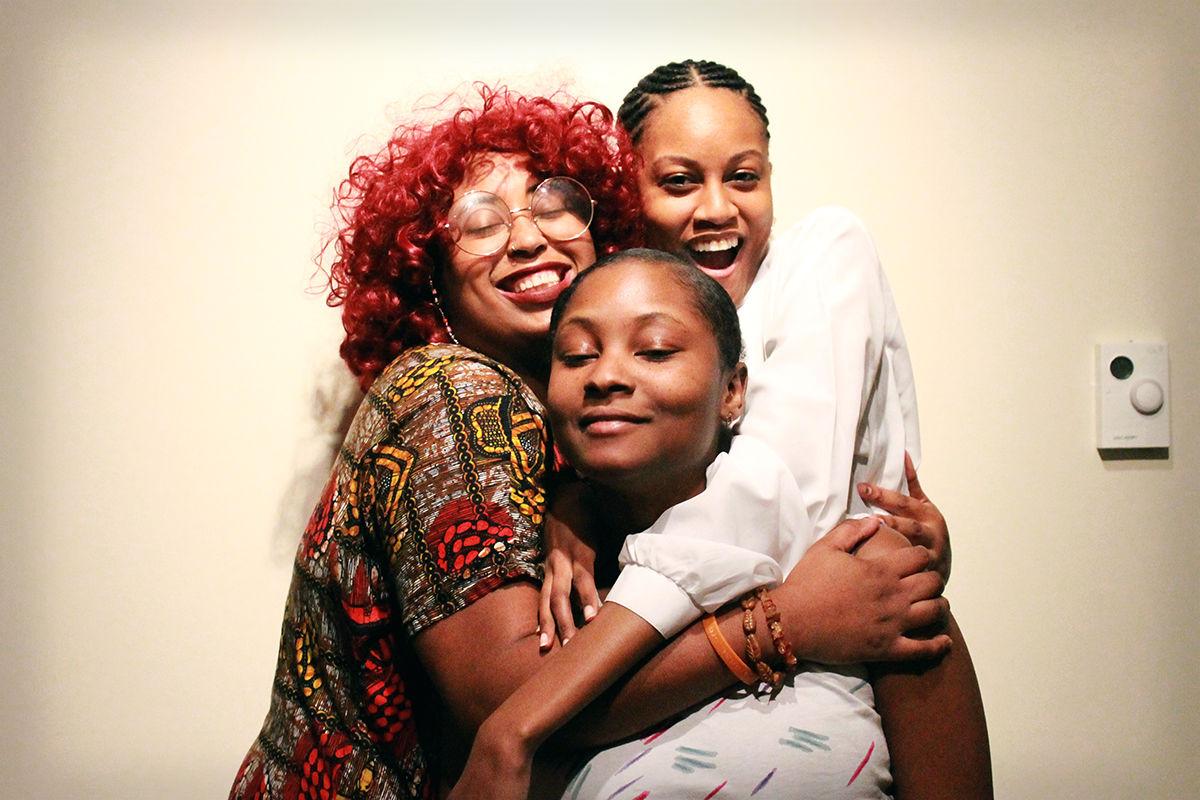 AsiahMae (from left), Samira Miche and Sabrina Hyman are the co-founders of cultural hub and music collective Ill Vibe the Tribe. Provided 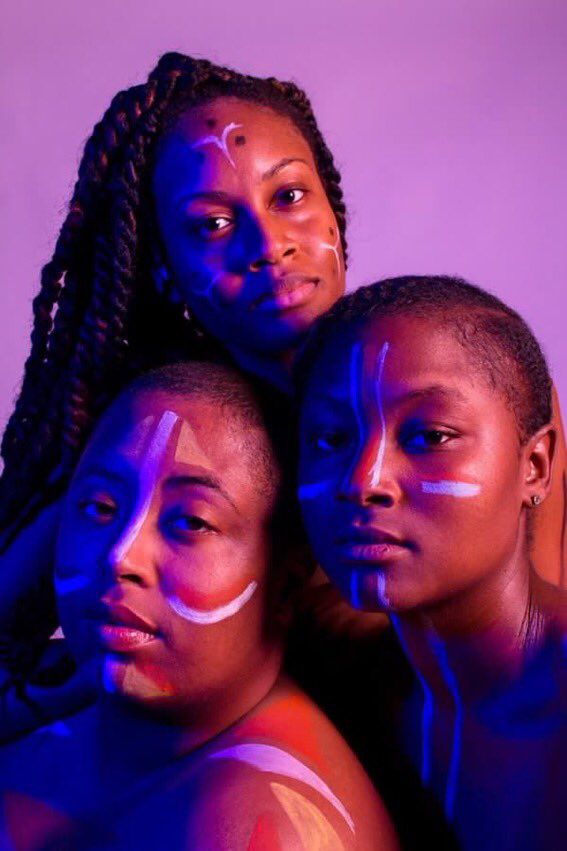 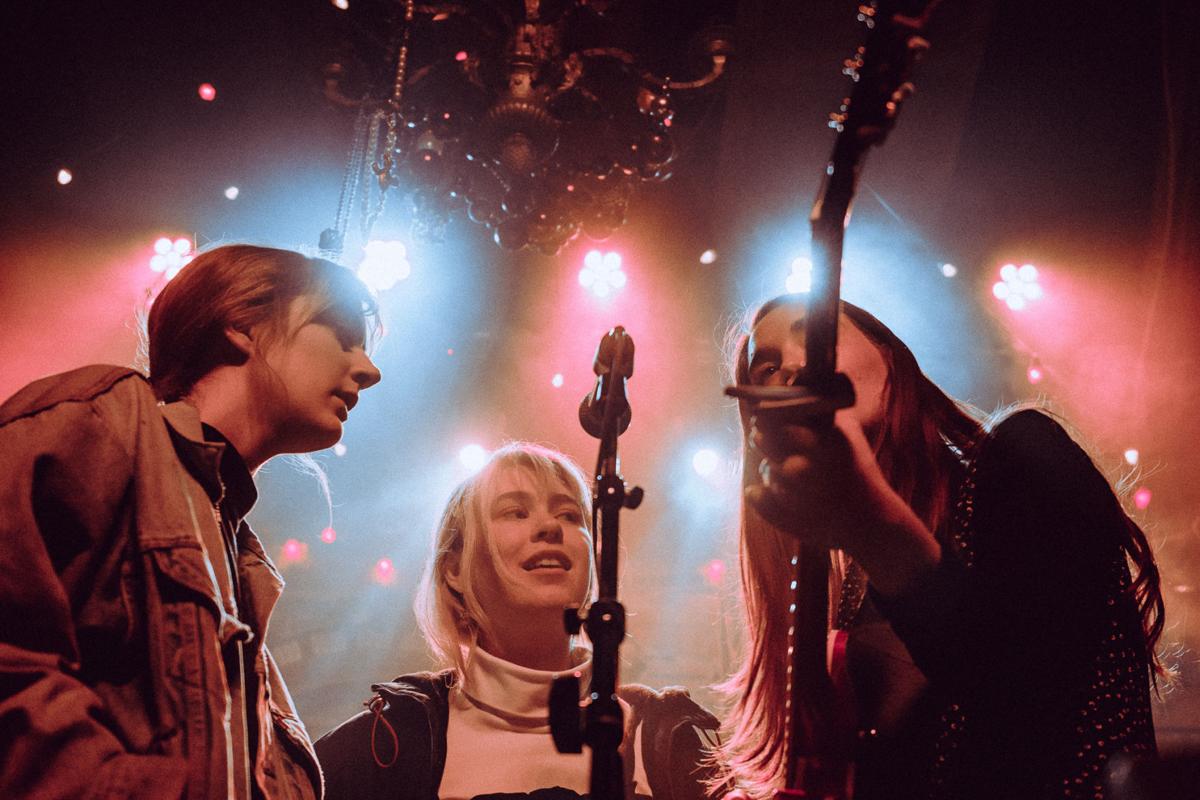 Three members of Beware of Dog Productions perform at one of their shows hosted at The Royal American. Mia Al-Taher/Provided 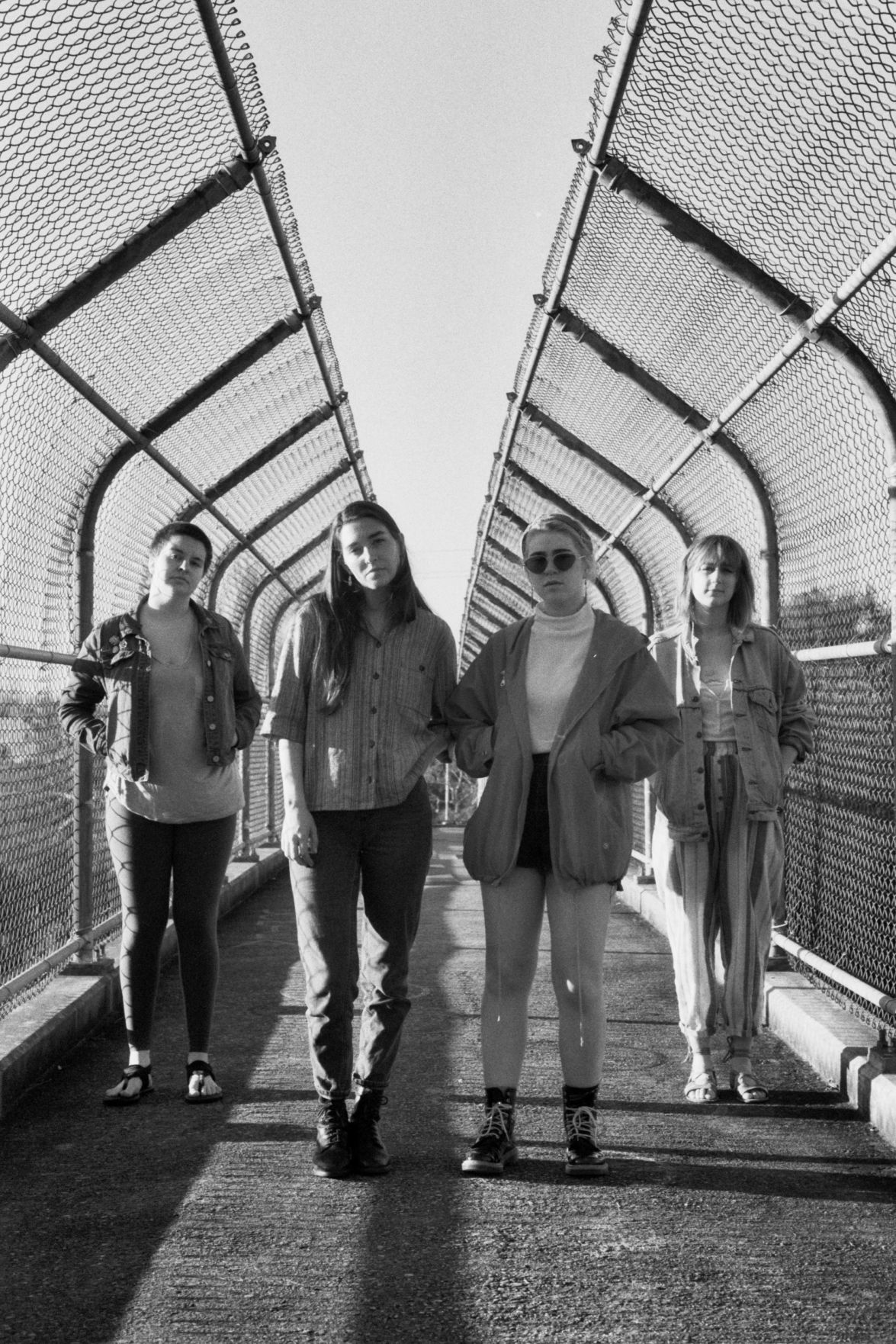 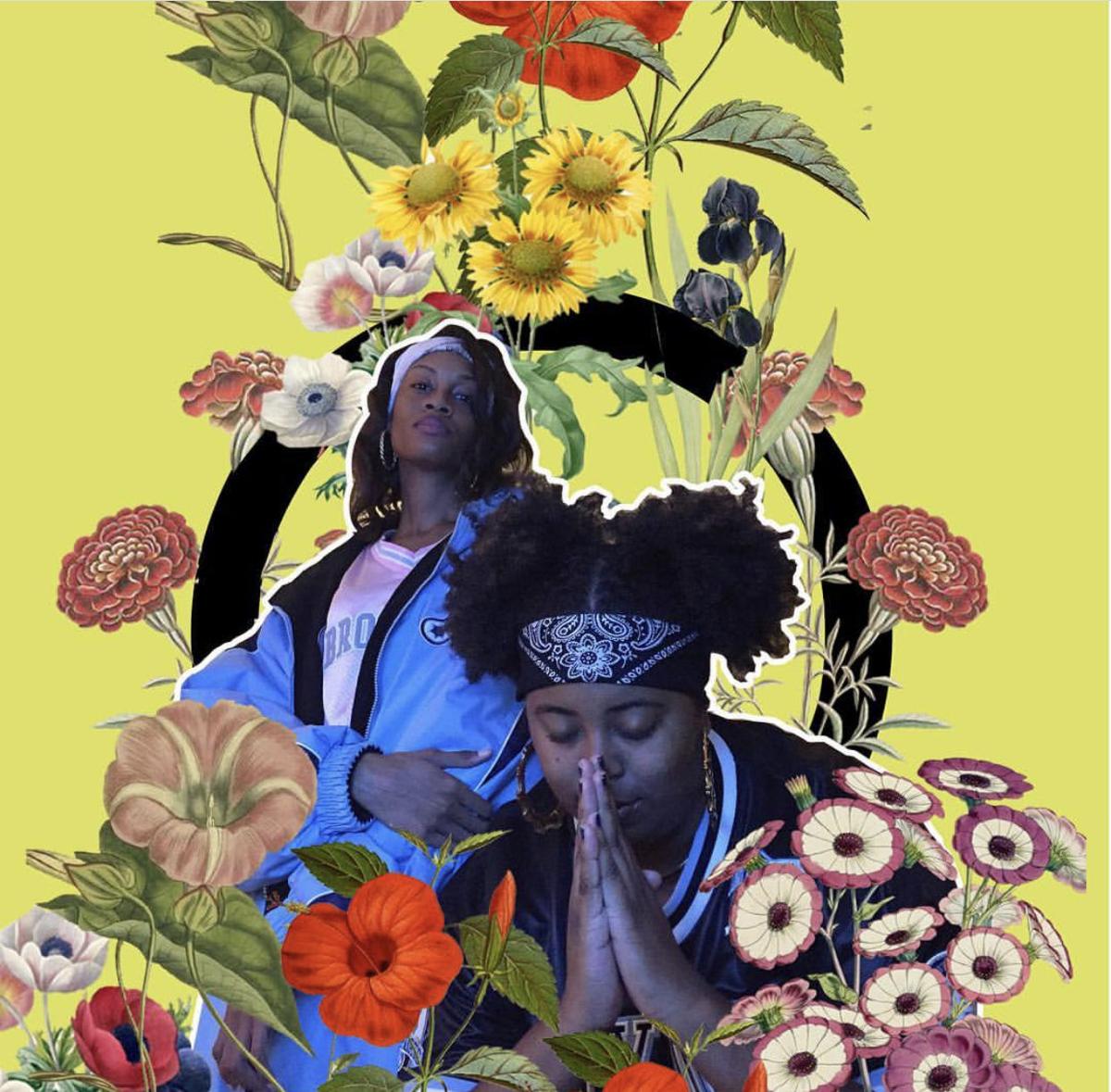 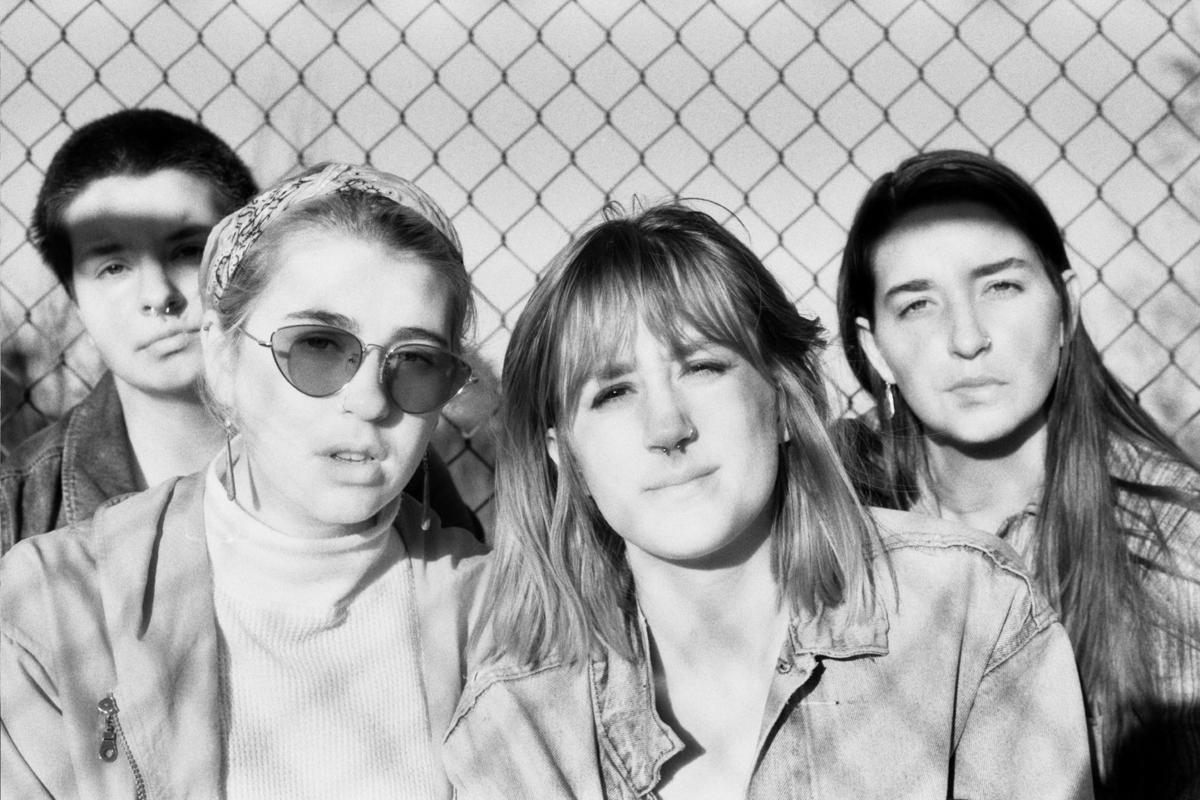 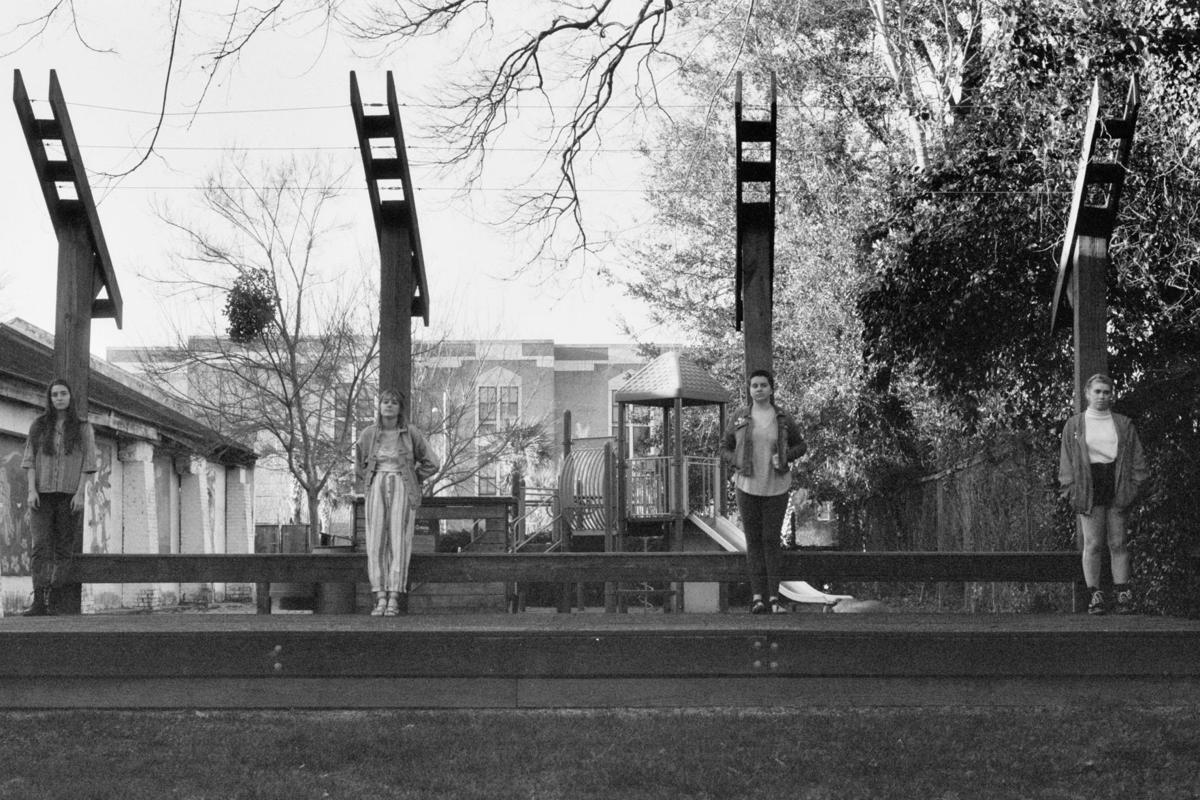 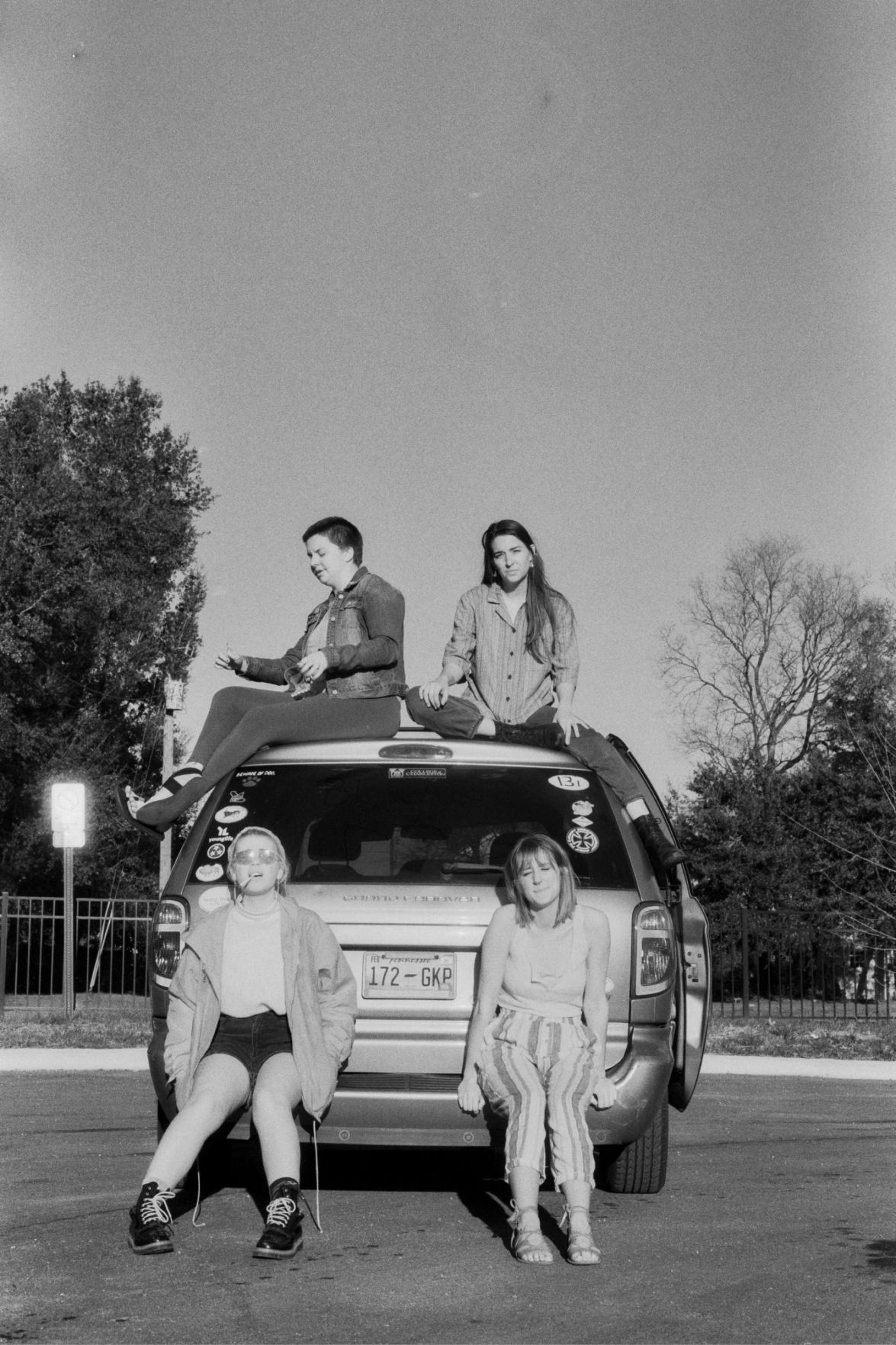 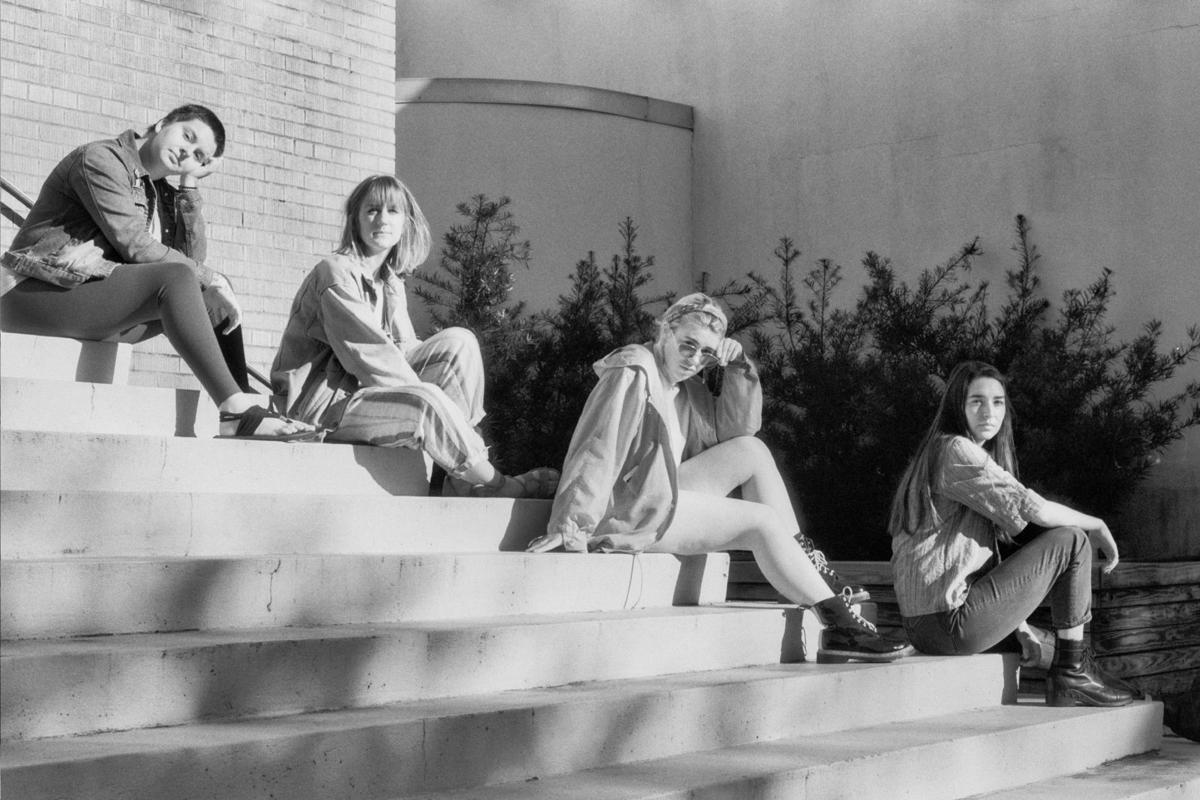 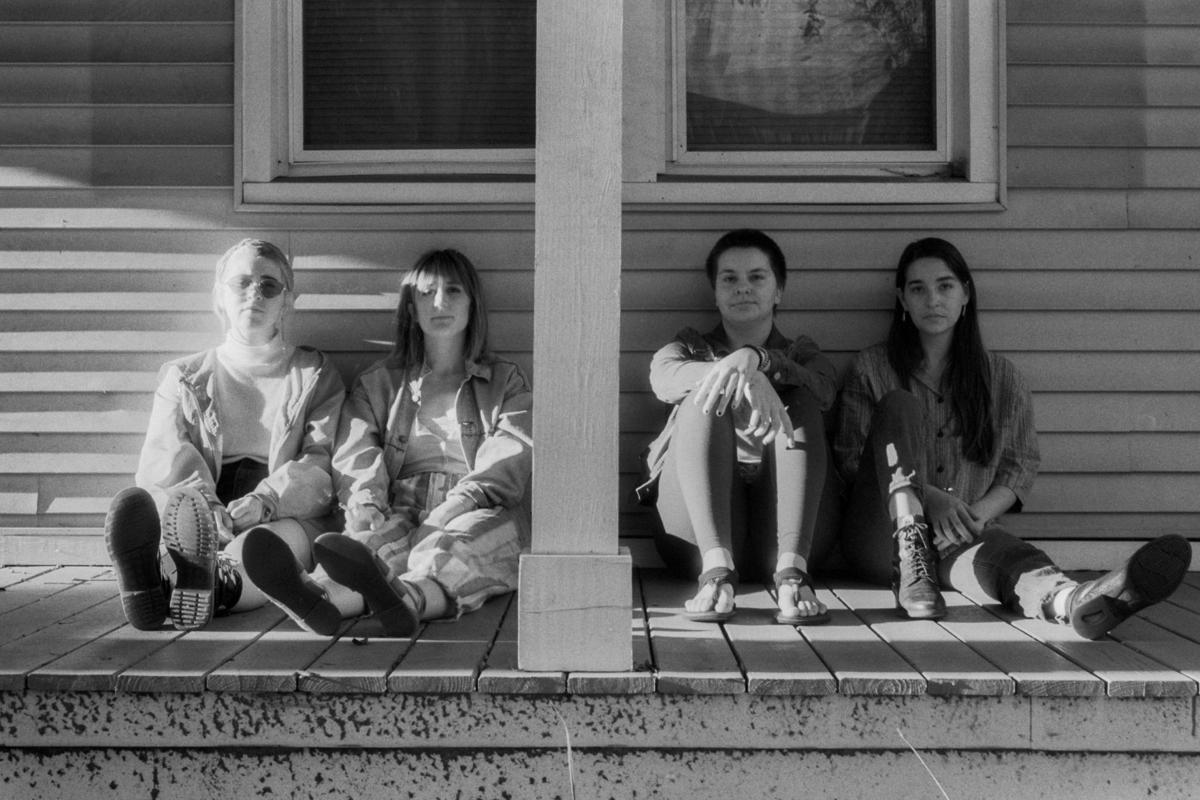 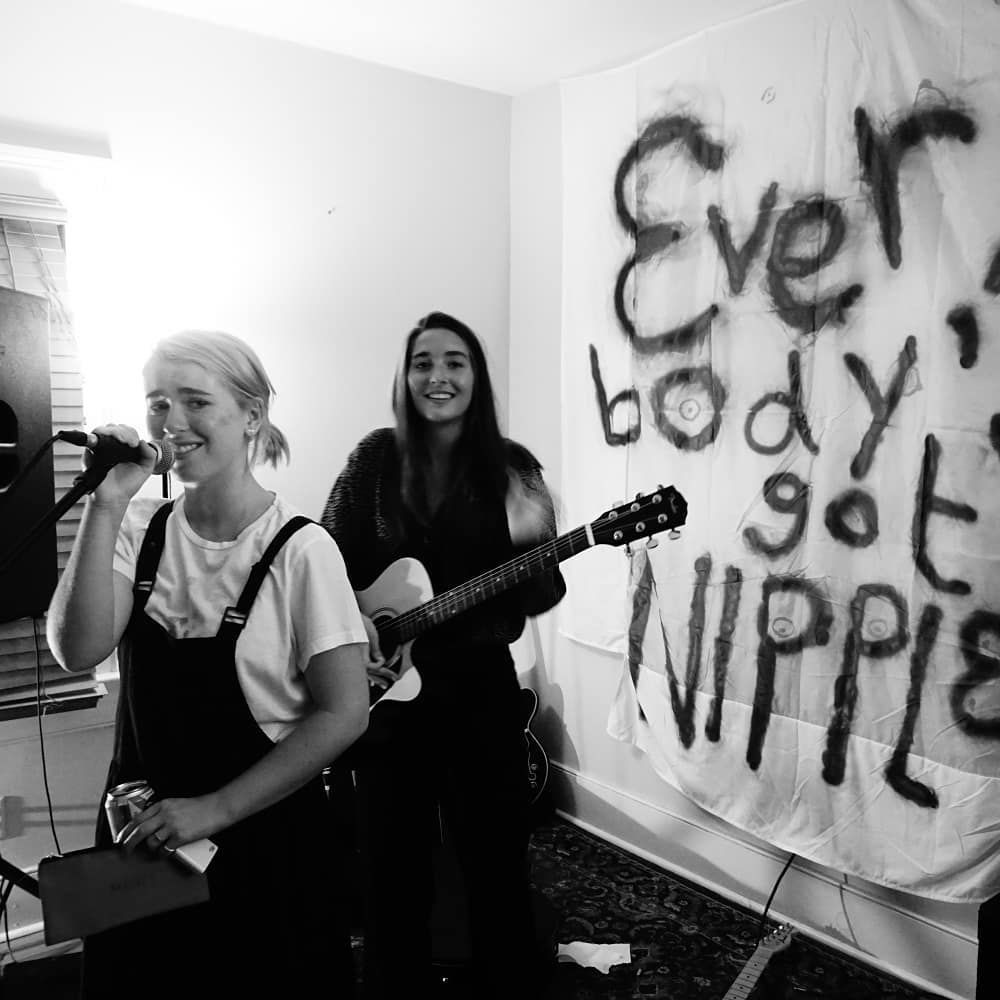 The "Everybody's Got Nipples" festival was one of the first house shows hosted by Beware of Dog Productions. Jorge Arroyo/Provided 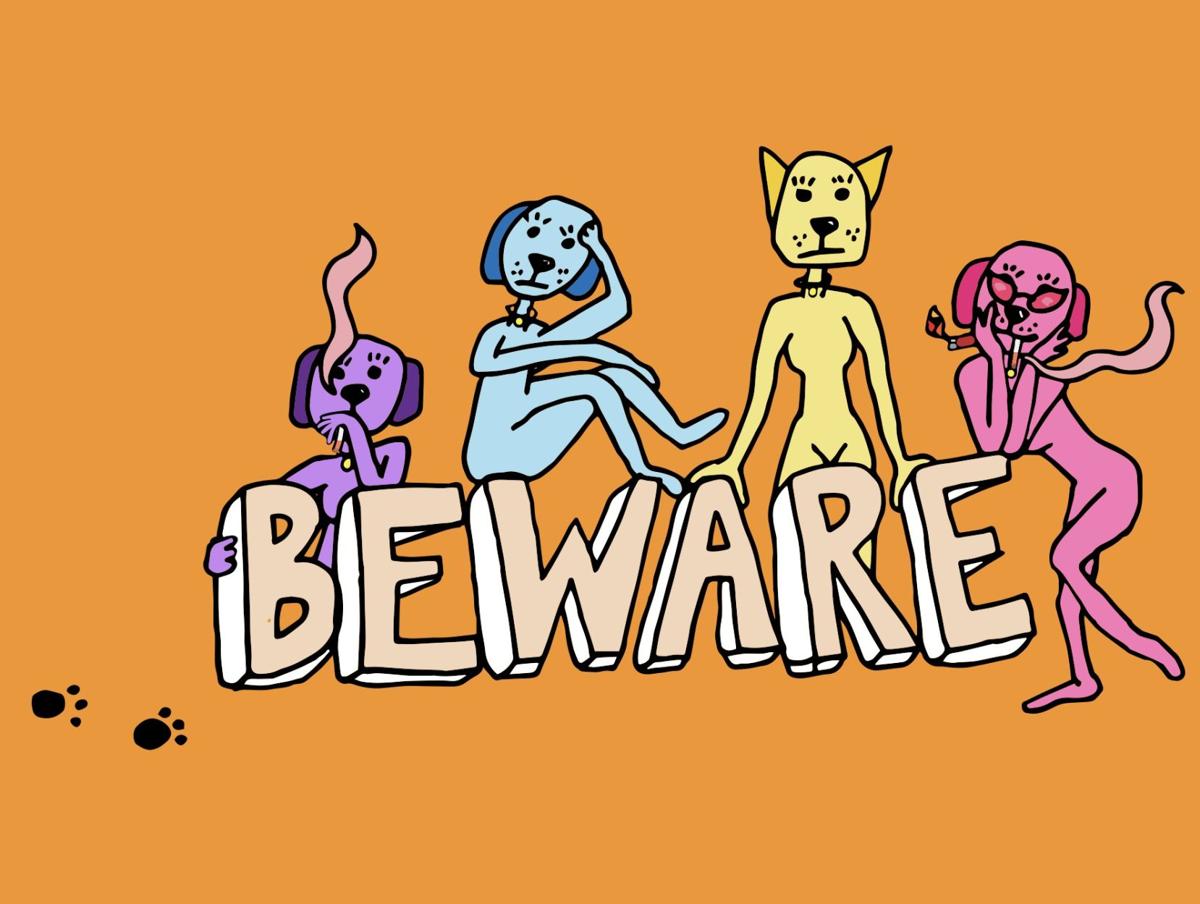 AsiahMae (from left), Samira Miche and Sabrina Hyman are the co-founders of cultural hub and music collective Ill Vibe the Tribe. Provided

"Everybody's got nipples," reads the spray-painted sheet on the wall at a house on Bogard Street.

It was last July and it was hot and sticky in the downtown Charleston living room that was packed to the brim and spilling over the edges with college students and 20-somethings. A microphone stand and two amps were set up for the next indie band to play, while a display of charcoal, ink and acrylic artwork of skeletons, nude figure drawings, curvy silhouettes and muscled bodies that looked out of the pages of a medical textbook attracted waiting eyes.

In the summer humidity, with katydids clinging to the palmetto fronds off the porch, cicadas singing stories into the thick night air and DIY bands supporting the message of gender equality, something was stirring.

It was one of the first events put on by Beware of Dog Productions, an all-women music collective in Charleston consisting of arts management students and locally based creatives with long-term music industry goals.

They all decided that instead of just learning about the music industry and how to break into it, they would go ahead and do it themselves. So they have.

They all trade off the odd jobs that come with creating a music production company and hosting and managing events, such as selling merchandise and collecting ticket money at shows, booking lineups, loading equipment, securing venues and marketing on social media.

"We learn as we go," Smith says. "People won't give you jobs unless you have experience, so we decided to create experience."

Since officially forming in October, Beware of Dog has hosted 13 shows, including all-age house shows and themed concerts at venues around town. It's more than just concerts, though. There's always a message behind them.

"Beware of Dog is less about each individual person and more about the community," Smith says. "It's about working towards achieving everyone's goals."

And the fact that it's four college-age women who are taking that responsibility into their hands stems, in part, from the sexist personal experiences that they've dealt with while pursuing a career dominated by men.

Al-Taher recalls a house show during which she was called names, disrespected and screamed at for not letting anyone else into the at-capacity venue. People were even jumping the back fence to sneak into the show, which was only $5.

"You wouldn't be doing that if there were big male security guards, so why would you try to do that with us?" she says.

Gray notes the embedding of "bro" culture into the music industry from her perspective as a performer:

"I'm usually in a room surrounded by guys who aren't even considering me and what I have to say," she says, adding that it's taken her a long time to get over feeling uncomfortable or "out of her place" when speaking up about sound or other technicalities.

Al-Taher says she was denied tour managing an all-male band once because, quoting from the response email, "complications could arise," since she was a woman.

The members of Beware of Dog are not the only ones in Charleston's music scene who have dealt with levels of sexism. In February 2018, Charleston Scene reported on some of the persistent challenges that women face while simply trying to do their jobs.

In a 2018 article by Forbes magazine titled "The Music Industry Remains a Boy's Club: How Do Women Break In?", the numbers were laid out. In Billboard's list of Power 100 people in the music industry, 17 percent were female, up from 10 percent the previous year.

And according to a collection of statistics published by Women in Music, the industry is split 70/30 male/female. The divide grows larger as you get down to more specific behind-the-scenes industry jobs. Fifteen percent of labels are majority-owned by women, 7 percent of women have a role within music sales and business development, and 6 percent of producers are women, the study says.

Beware of Dog's company name, in itself, stems from the word for a female dog that is often used as a derogatory term for women. They've sought to reclaim that as their own.

And despite the industry statistics, the women behind Beware of Dog say they have also received a significant amount of positive feedback from a scene that is quickly evolving to embrace more women and diversity in general.

"There's more of a conversation happening now," Gray says. "People are listening and are willing to listen."

Another all-women music collective in Charleston has also been working to break the stereotypes.

Ill Vibe the Tribe was founded in 2016 but has been picking up steam since co-founders AsiahMae, Sabrina Hyman and Samira Miche began hosting a consistent late-night event series and art market at The Royal American called Art Binge.

The trio's mission from the start was to provide a platform for indie and underground artists while helping to create a more diverse and inclusive scene. They did that in a variety of ways, including working behind-the-scenes to book band lineups and educating artists on business practices.

"We wanted to make people excited to support their local artists and carve out a little space in Charleston where it was cool to be weird, and creative, and not be judged," Hyman says.

Before Art Binge, Ill Vibe the Tribe conducted artist interviews, covered festivals, facilitated networking, collaborated with venues and curated other events. And through it all, they have made sure to promote non-white, non-male artists whenever possible to help change the industry's statistics.

"My current boss told me, 'Behind every great male director is a woman editor putting all the mess together,' and it’s wild because that makes sense in almost every artistic field," AsiahMae says. "Women have been the organization and backbone of the industry for so long, doing all the heavy lifting and nurturing, so it’s amazing to have us be at the forefront and witness what happens when you let us shine."

And for Ill Vibe the Tribe, it's not only about taking a stand for the underrepresented but keeping Charleston's scene accountable in regards to inclusion.

AsiahMae says, "Groups like Beware of Dog and Ill Vibe the Tribe help keep the scene authentic, but we also make Charleston level up. People know they can’t come with mediocre talent or shows because of what they’ve seen both groups produce on our little budgets. We also hold people accountable. Women do a great job of that on all fronts, but we hold it down for Charleston’s art scene."