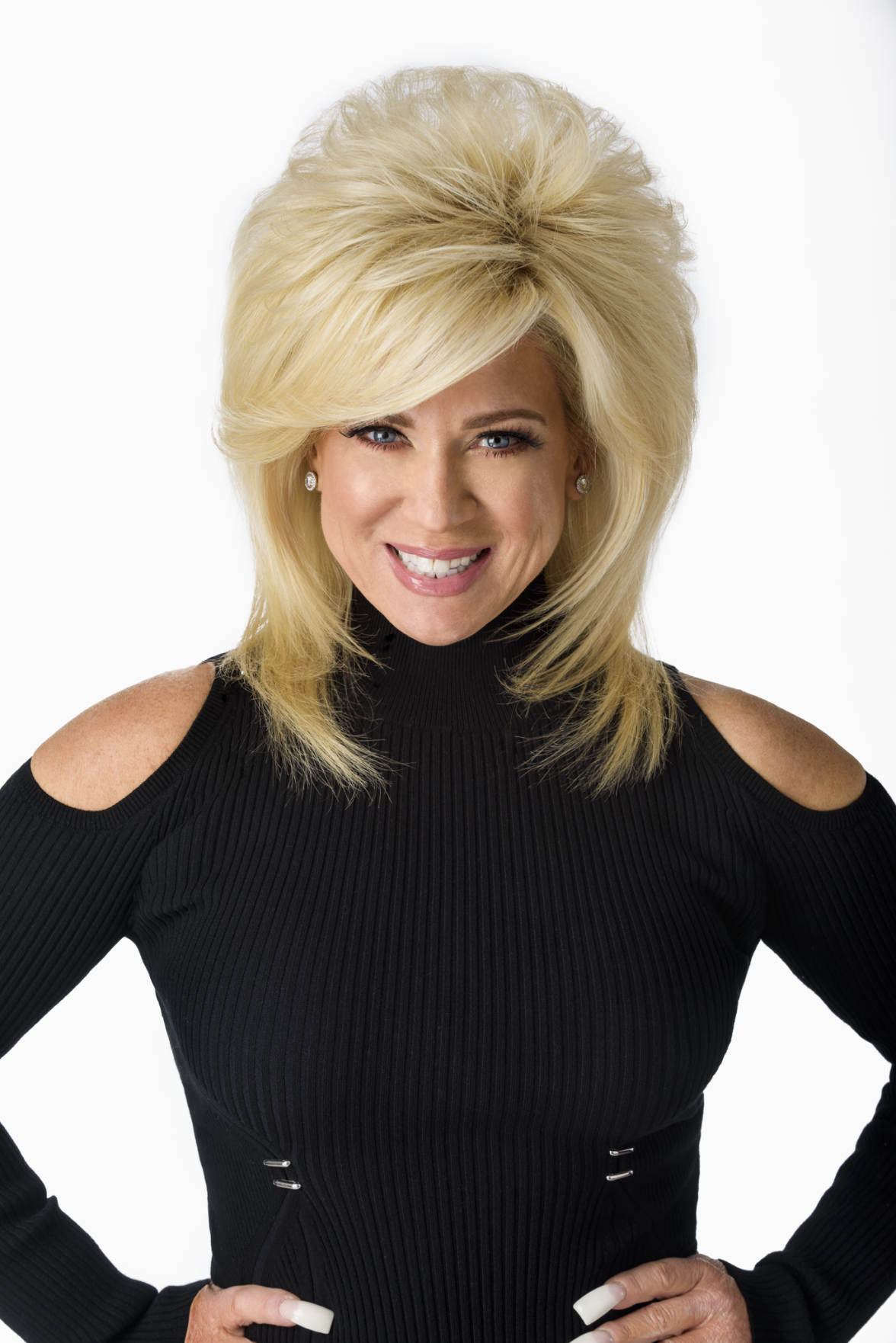 Theresa Caputo, and other Charleston mediums, shared what it is like to communicate with the dead. Provided 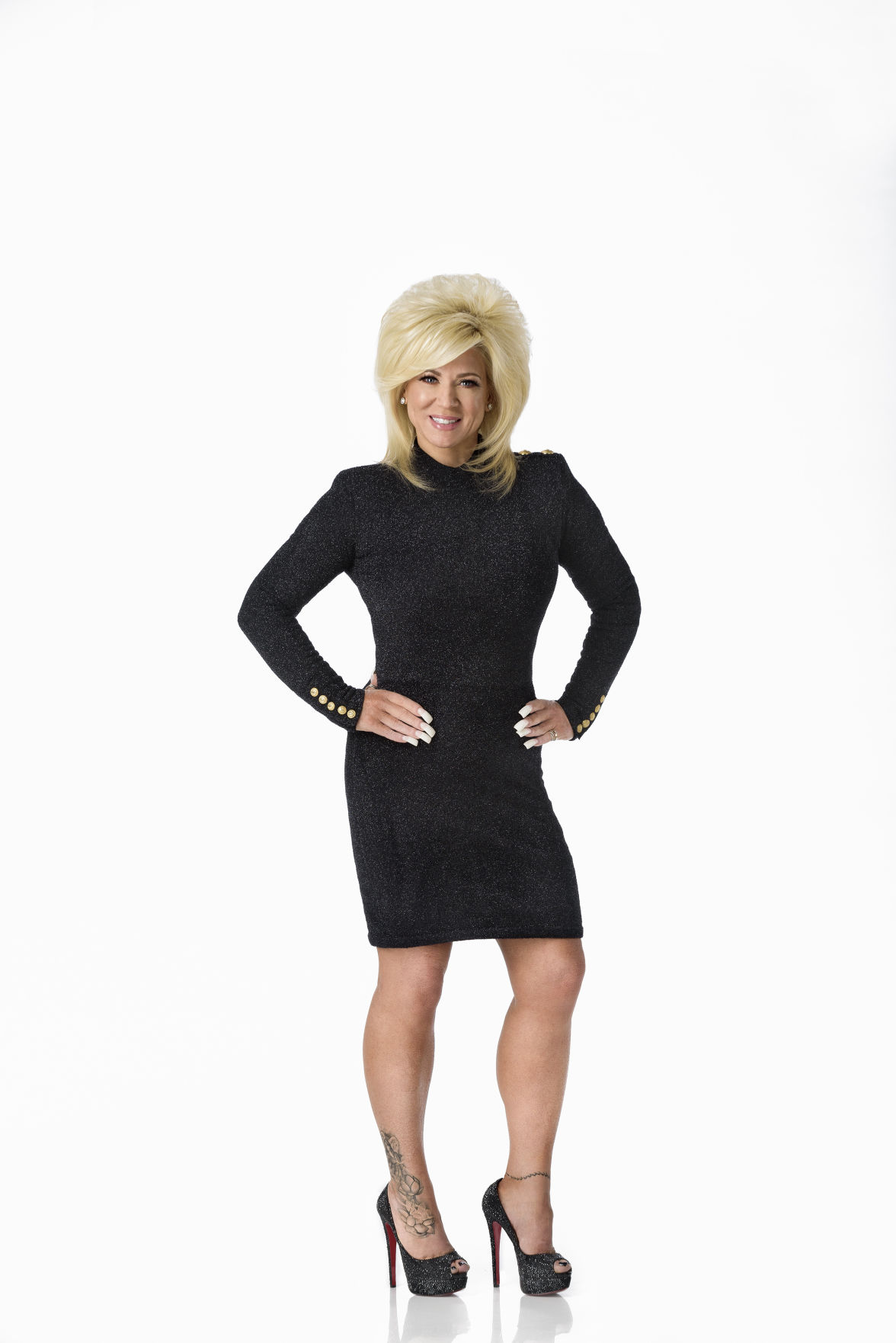 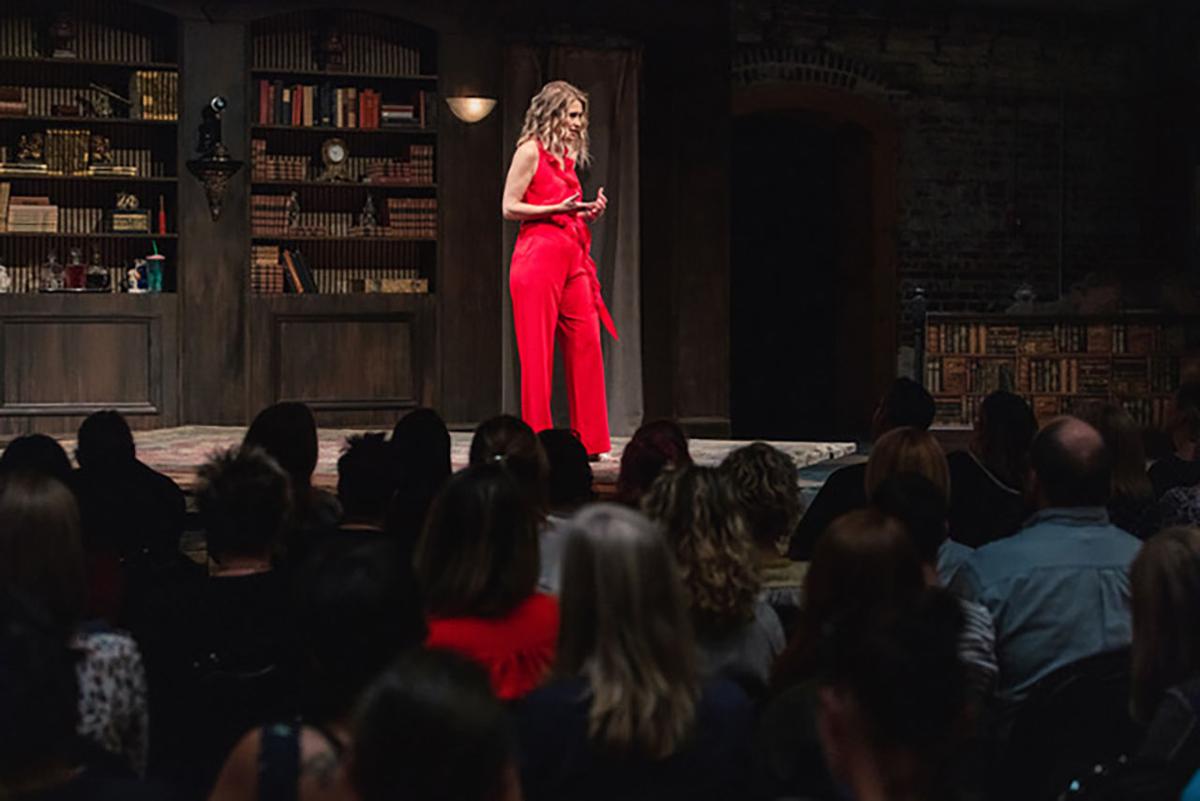 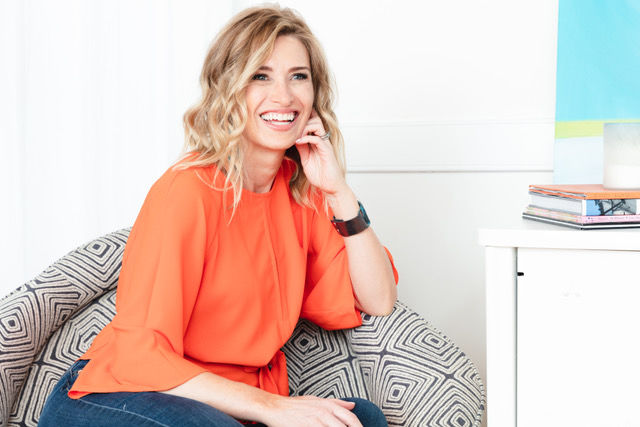 Carol Cottrell says that, while channeling, she can see, hear, feel, smell or taste whatever the spirit finds as the easiest way to communicate with her. Provided 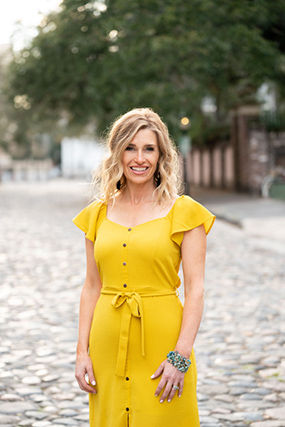 Carol Cottrell says from her experience with the spirit world it is a wonderful space with no pain. Abby Murphy/Provided 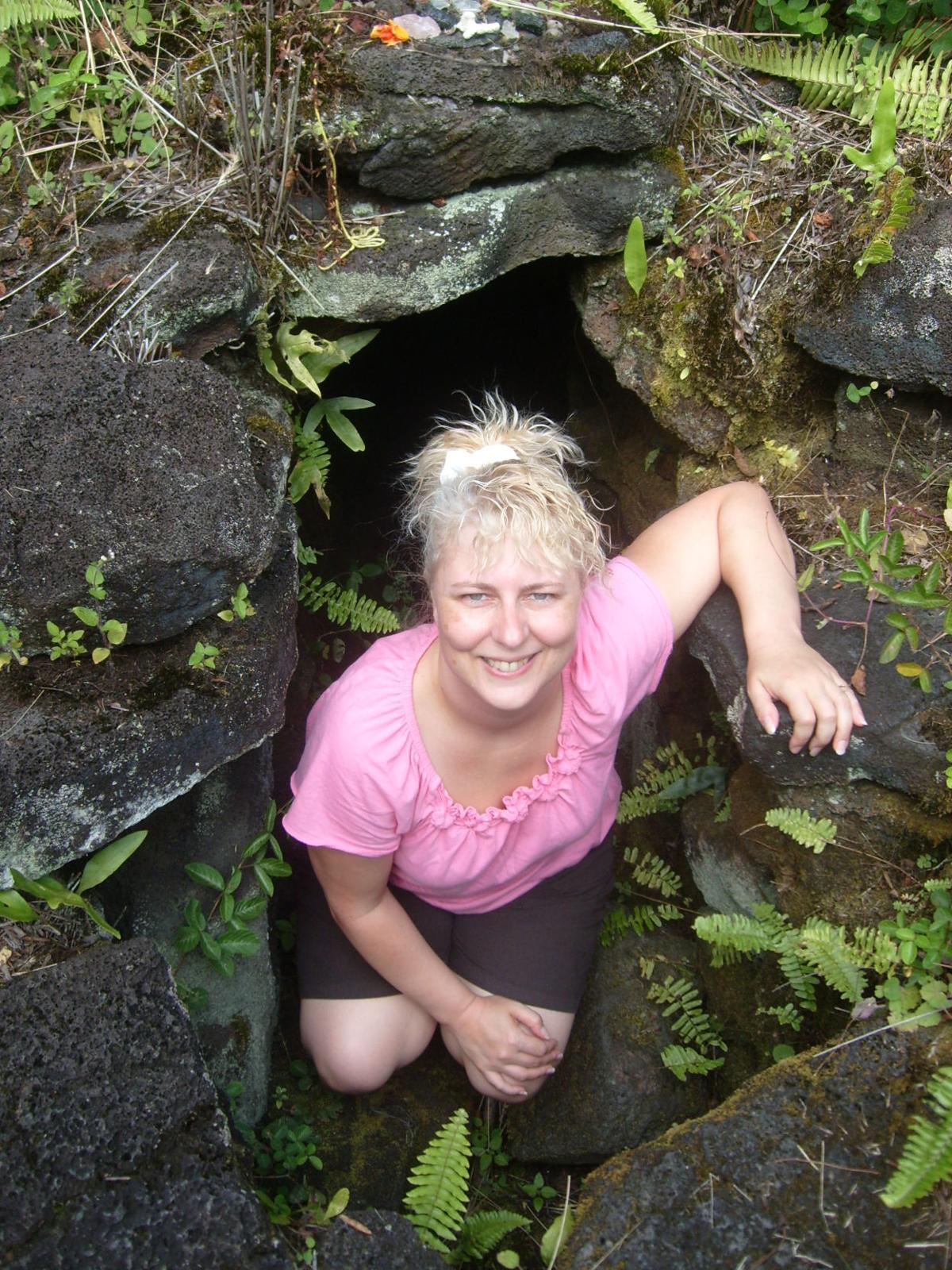 Jenni Braden emerges from a lava tube in Hawaii after she says she spoke to the goddess Pele. Provided

When it comes to the afterlife, there will always be the believers and the skeptics.

It's a controversial topic, segmented by factors like faith and religion and exacerbated by the overarching umbrella of pure, non-scientific uncertainty.

But there are some people who say they're able to speak authoritatively on the topic.

She has her own TV show, where a camera crew follows the bouffant blonde as she claims to communicate with the dead.

"It's natural for me to have someone following me around," she says of the camera crew — spirits have followed her around her whole life, she says, laughing.

Caputo, who is coming to the Charleston Gaillard Center on Sept. 20 for a live channeling session, may be one of the most famous, but she's not alone. Others who fall in this category are locals Jenni Braden and Carol Cottrell. They're all mediums.

A medium is someone who purportedly mediates communication between spirits of the dead and living human beings — not to be confused with a psychic, who is someone who claims to use extrasensory perception (ESP), particularly telepathy or clairvoyance, to identify information hidden from the normal senses.

"As a medium, I have learned to use all my senses," Cottrell says. "I can see, hear, feel, smell, taste — whatever the spirit is finding as the easiest way to communicate with me. There will be times I don’t actually see them or I see them as a shadow or light but can feel their feelings and emotions. Sometimes, I can hear their words. Sometimes they’re able to drop their thoughts into my head."

Cottrell, who offers mediumship classes and performs readings, says she's been able to see figures and orbs since she can remember. When she was little, she would try to catch the orbs, which appeared as moving spheres of light, in her and her sister's bedroom.

"Don't you see them?" she would say to her sister, who would shake her head no.

Cottrell says she could see and communicate with her father, who had died before she was born. In fifth grade, she finally went to her mother and told her about it, citing some of the things she had talked to him about.

"My mother said, 'How do you know that?' And I said, 'Well, he told me,'" Cottrell shares. "That was the first time I recall giving someone information."

Early on in her development of these abilities, she learned how to "turn it on and off," she says.

"It’s really a matter of once I say to the spirit world, 'Ok, I’m working,' I start to bring myself to an altered state, working to bring my frequency up to that level to connect. It's a mental thing."

Braden, who founded Charleston's Reiki and Well Be-ing Center, says she creates an energy bubble around her and her home to shield her from spirits. She says it's the same thing to her as locking your door to stop strangers from walking in.

"You can’t function or live your life when you have a constant barrage of people coming at you trying to talk to you," she says. "It can be really distracting."

She remembers being 3 or 4 years old when she first saw the figure of a woman in her house. She remembers going to the store and seeing people who she just knew weren't flesh and blood. It frightened her.

"There's this stigma of 'ghosts' in our society, and I had been exposed to that stigma, that ghosts are scary," she says.

Then, when she was 16, Braden says she had a friend die by suicide. Months after his death, she says she woke up in the middle of the night and could see him clear as day in her room. She thought she was dreaming.

"He said we needed to talk, that it wasn't my fault, he told me he was OK and there was nothing I could've done," she says. "Because I knew him, that helped alleviate my fear. I realized these are all just people, no different from my friend."

Braden says the main way she channels is through telepathy. Her great-grandmother was sent to a mental institution in the early 1900s for hearing voices in her head.

She says she also can communicate with animal spirits.

Caputo describes her live channeling sessions as a multitude of spirits guiding her around the room. She says she lets them take control of her every move and direct her toward their loved ones in the crowd. Then, she says, she feels how that spirit died. She says she gets a variety of signs that she has learned how to interpret, from natural causes to drowning to a brain injury.

Next, she says she can sense messages that the spirits are trying to pass along.

Bringing hope to the grieving

She sees her ability as a gift to relieve people who are still grieving.

"What I do is so much more than communicating with people that have died," Caputo says. "It gives people permission to live again."

Cottrell didn't start doing readings until her 40s. That's when she realized her power to heal others.

"The thing I’ve seen over and over is there’s so much love in the spirit world, there's nothing evil, nothing scary, just love, and it's an overwhelming feeling," she says.

That love applies to the people a spirit might have left behind, and it's the ultimate answer to all the questions they might ask: Where are they? Are they OK? What are they doing now? Will they ever forgive me? Do they know how much I love them?

Before a channeling session, Cottrell doesn't ask for anything from her clients who are seeking to connect — no name, no photo, nothing at all. Then, she sits there and the emotions of the spirit wash over her, she says.

A lot of times, she adds, there is some healing for the spirit as well as the human. They're often grateful to finally connect, especially if they've been trying to, but haven't gotten through.

Cottrell says that our loved ones try to reach out to us all the time, giving us signs, but many dismiss those signs as coincidence or don't notice them.

Braden says she's been able to help numerous spirits cross "into the light," as she describes it, which is just as rewarding as being able to help the living.

But what awaits in that light?

Caputo and Charleston mediums Cottrell and Braden all share that there is nothing but joy, love and forgiveness resonating from the spirits who have passed on.

Cottrell says one spirit told her that the afterlife was beyond our comprehension.

"I think it’s because once we cross over into that state, we have so much more understanding of the bigger picture that there’s no reason to hold a grudge," Braden shares. "We're so much bigger in that state than in human existence, we're connected with our higher self, we're complete. There's no reason to be angry.

She describes it almost as a different dimension. While we exist in the 3D world, she says spirits exist beyond that.

"One being I have talked with regularly uses the phrase 'the timeless faceless place' or 'the in-between' or 'the place that isn’t the place,' " Braden says. "There is no time or space because those are human constructs."

Haunted Holy City: Some of Charleston's famous ghosts and their stories

Braden says she's also encountered spirits who have not moved into the light, and usually, she says, that's because they lived such a horrible existence stripped of self-worth or don't believe they deserve the light because of things they did during their time on earth. She references some deceased Charleston slaves she says she encountered in a home she moved into in West Ashley, along with a former drug addict who she says had created a gray wasteland around her in the afterlife, not allowing herself to move on.

Yet, she says, the majority of spirits have moved on.

During that "crossing over" process, Braden says people are often greeted by their spirit guide, whether that's the Christian God, Jesus, Buddha, Allah, Hindu gods or their loved ones.

"The way that I see it is that it's all the same, but a different interpretation," Braden says.

Carroll just puts it this way:

"Everything in the spirit world is love."

WHERE: The Gaillard Center, 95 Calhoun St.