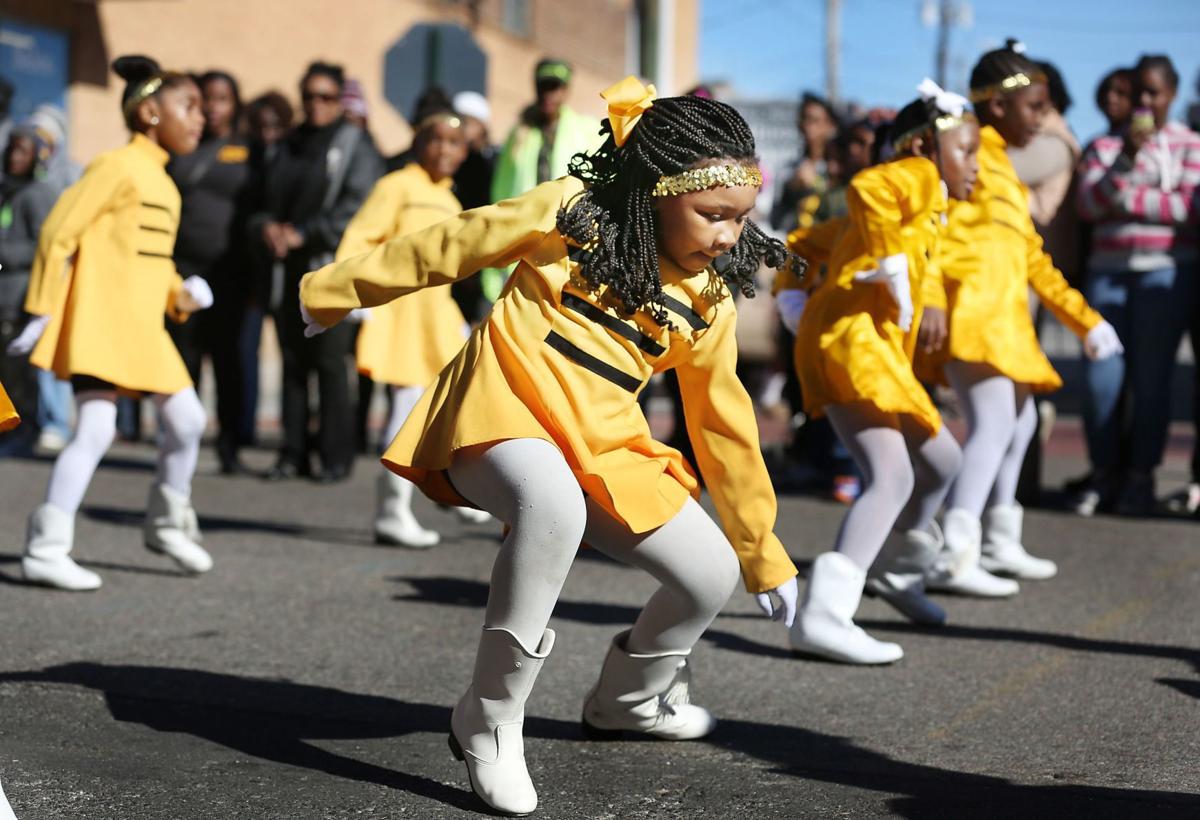 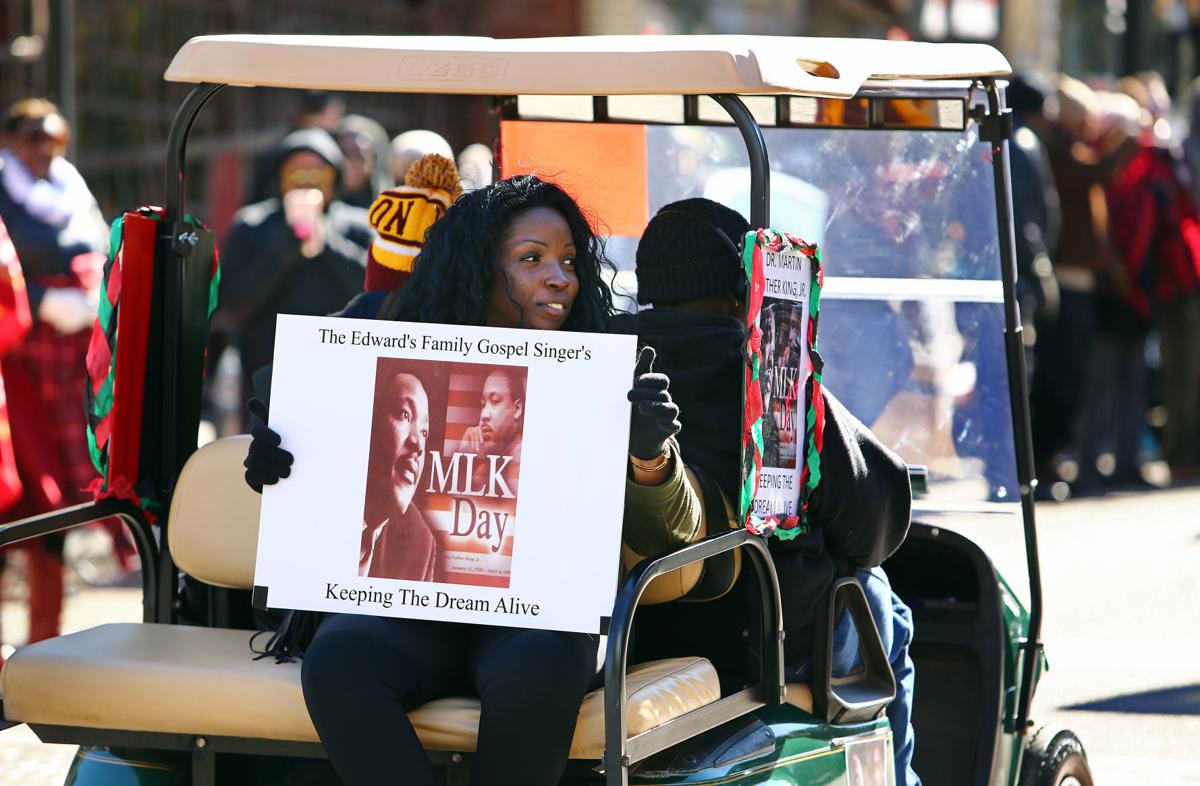 The MLK Day parade will begin at Burke High School and end at Marion Square in downtown Charleston. 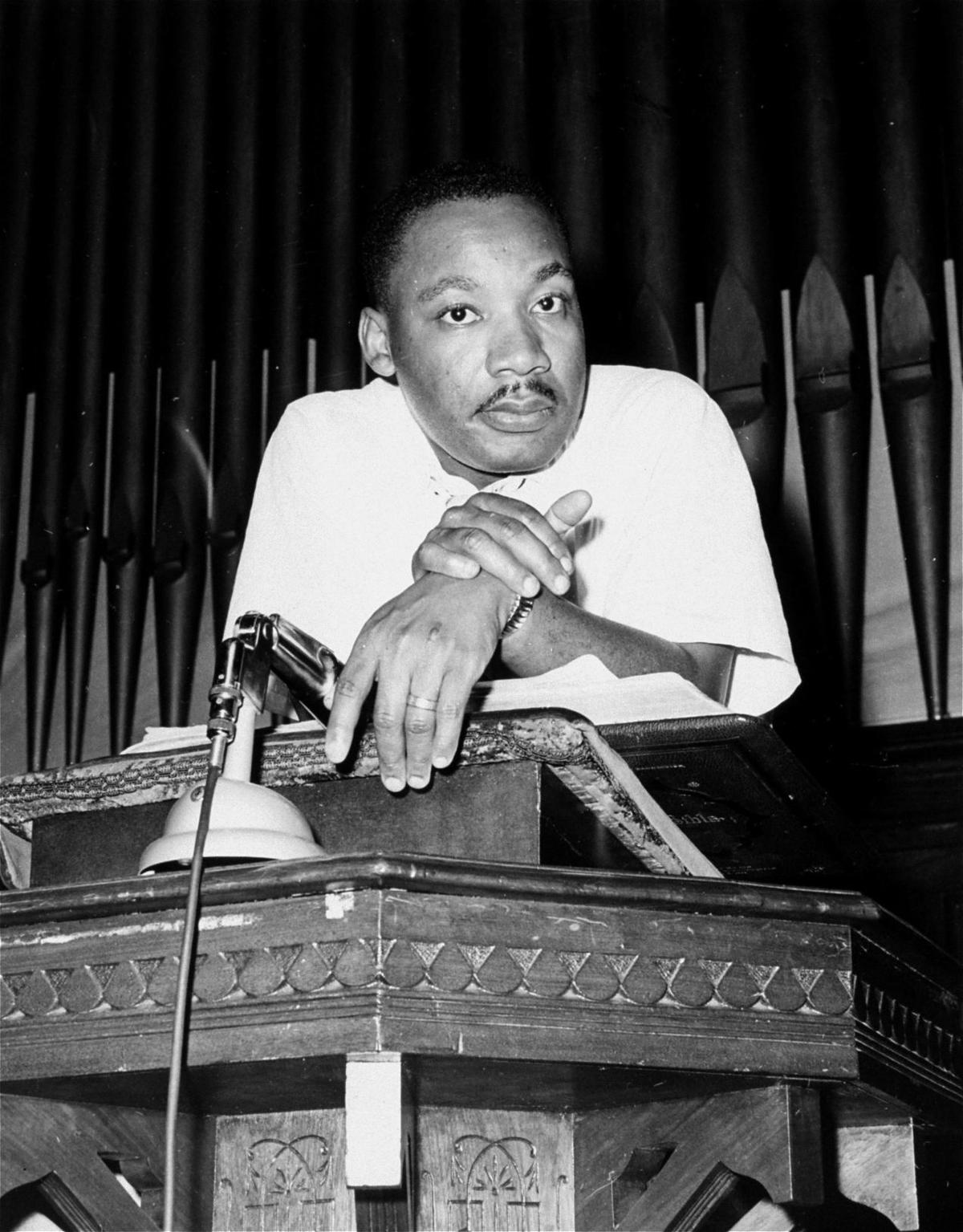 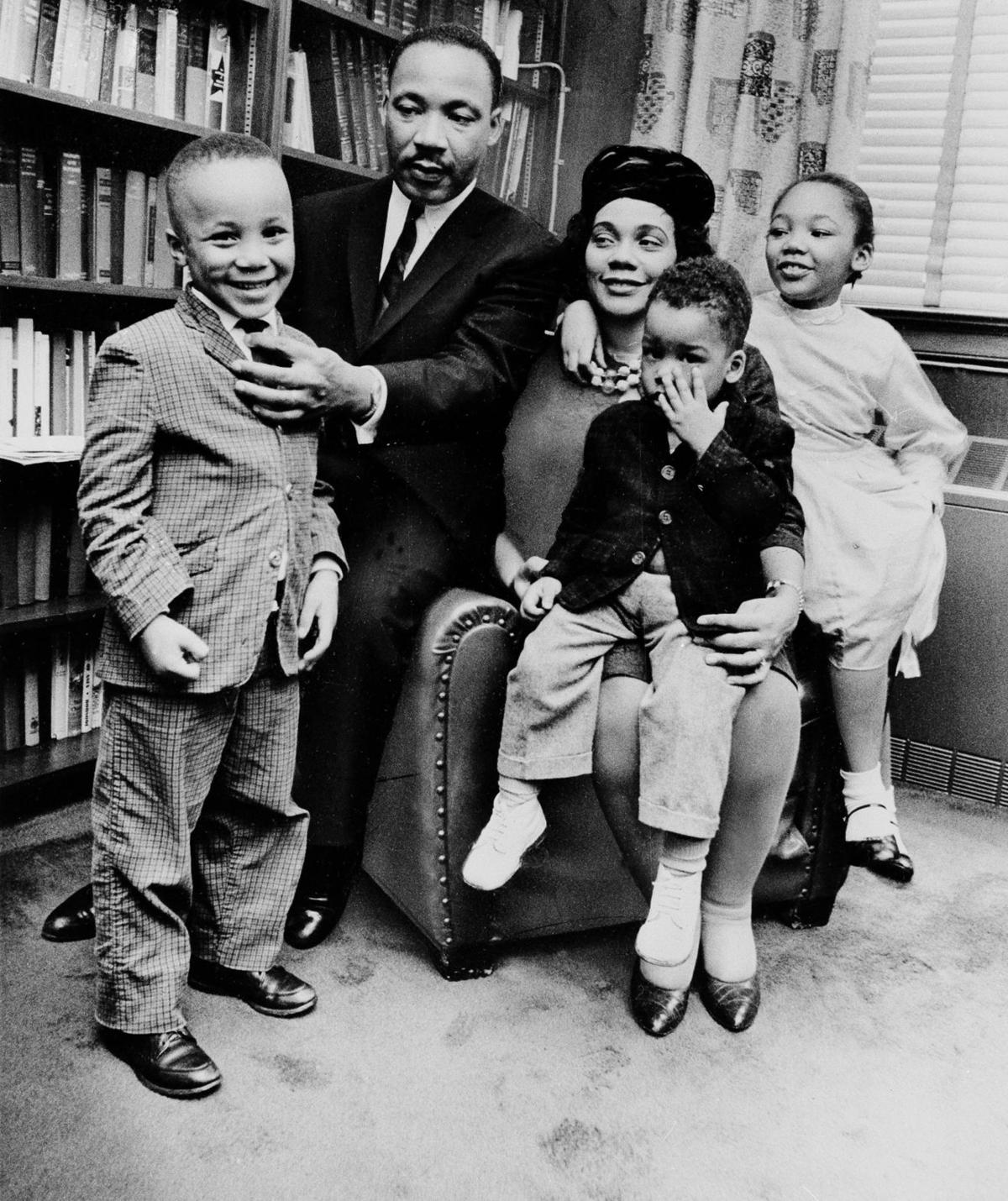 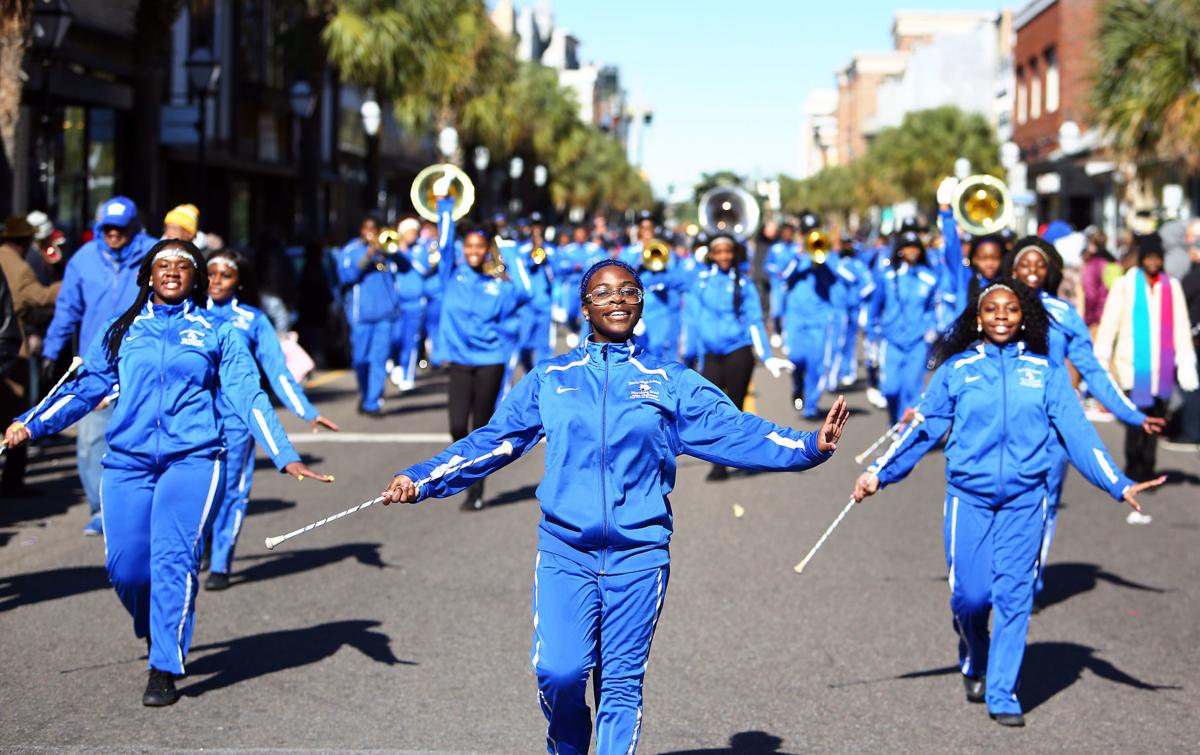 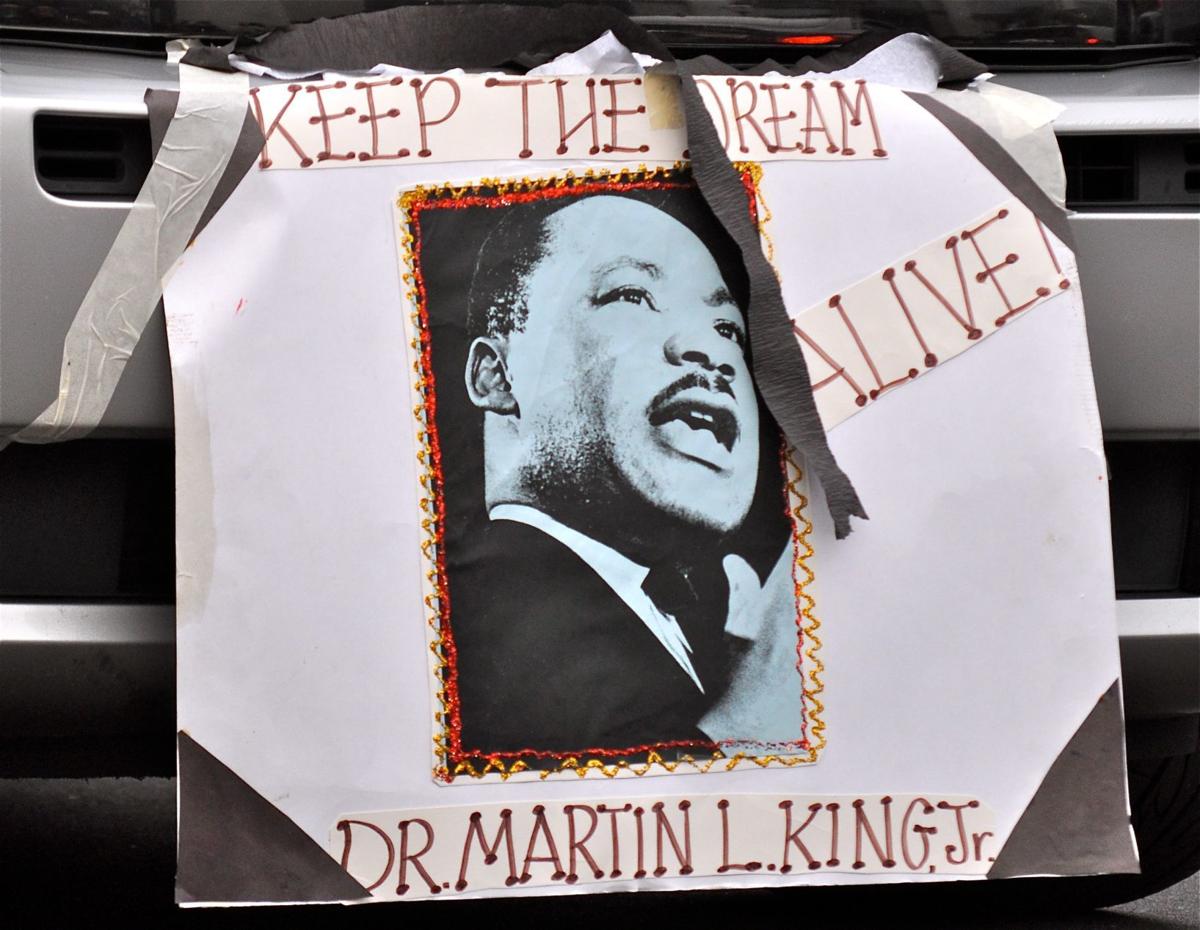 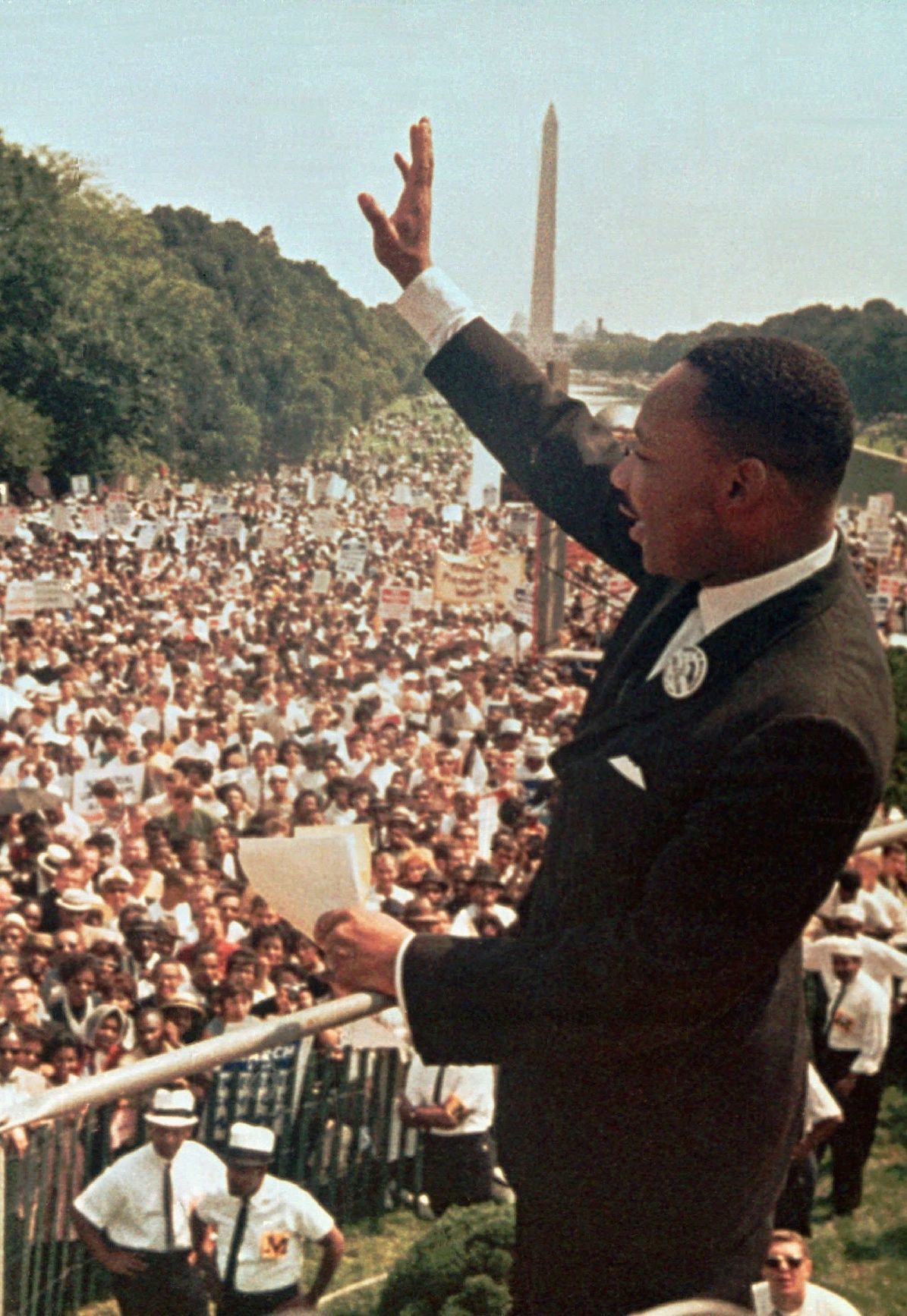 In this Aug. 28, 1963 file photo, the Rev. Dr. Martin Luther King, Jr. acknowledges the crowd at the Lincoln Memorial for his "I Have a Dream" speech during the March on Washington. 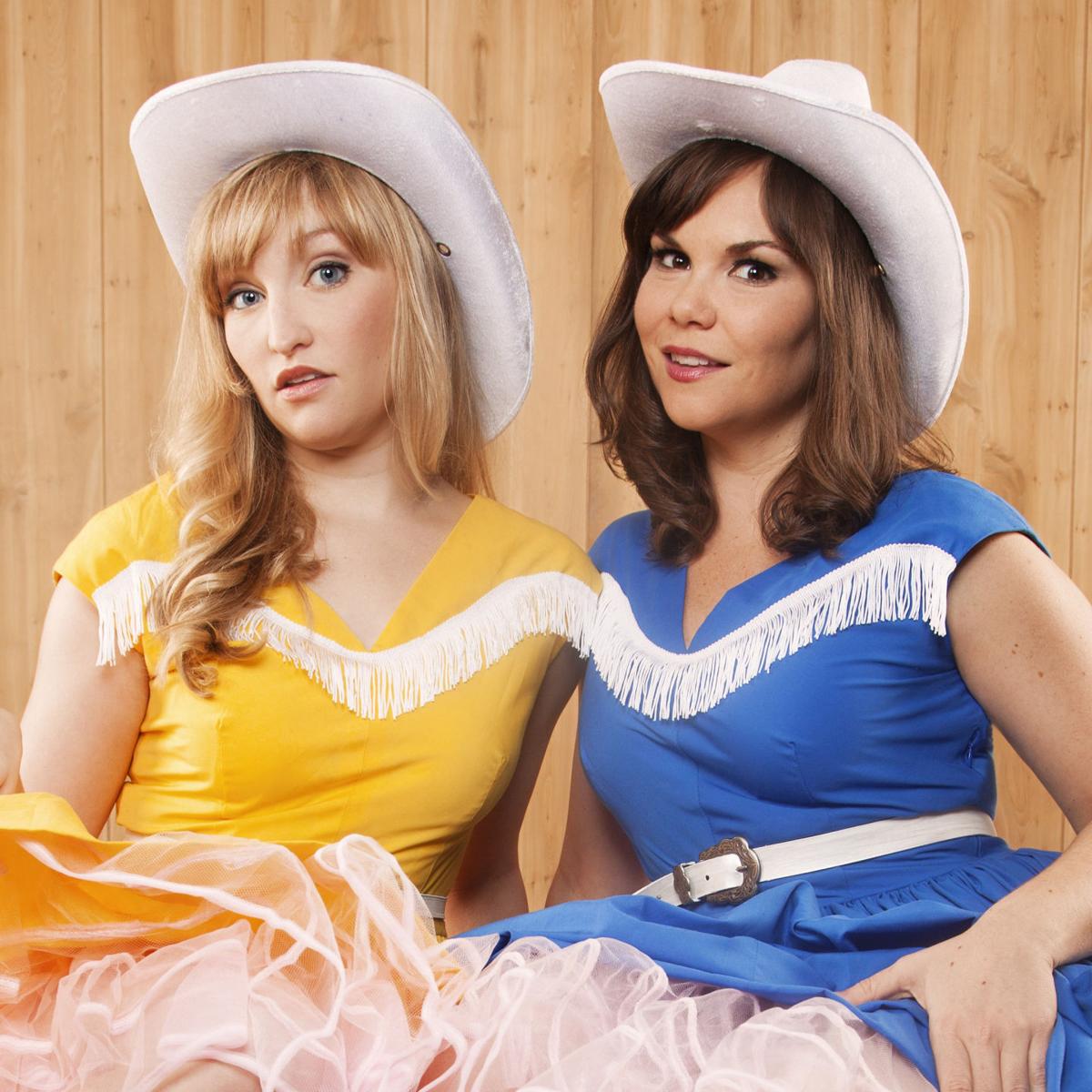 Katy Frame (left) and Marie Cecile Anderson are the musical parody duo Reformed Whores and will perform at this weekend's Charleston Comedy Festival. 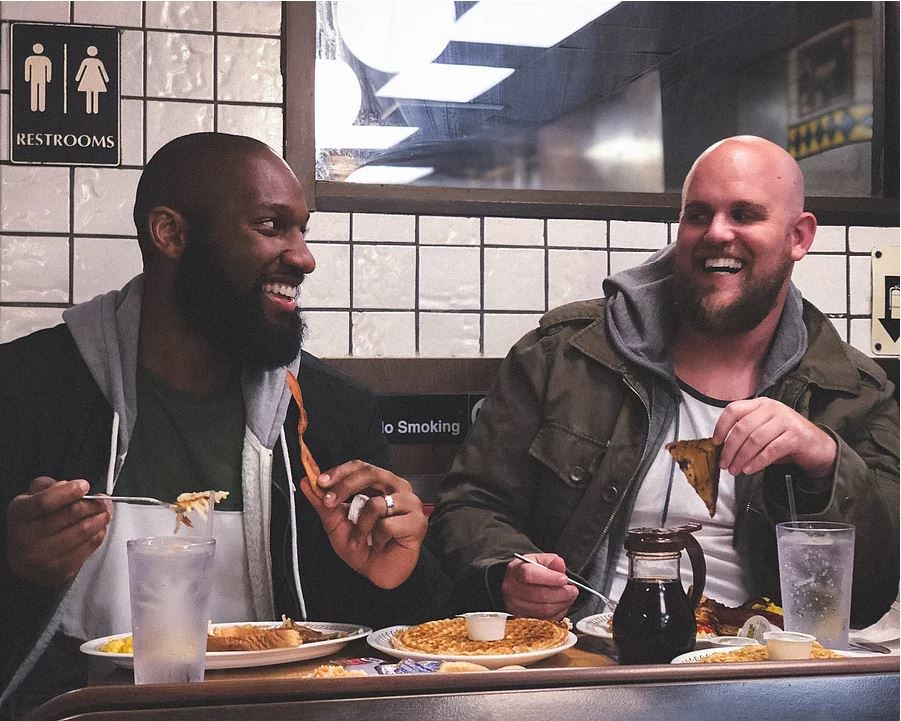 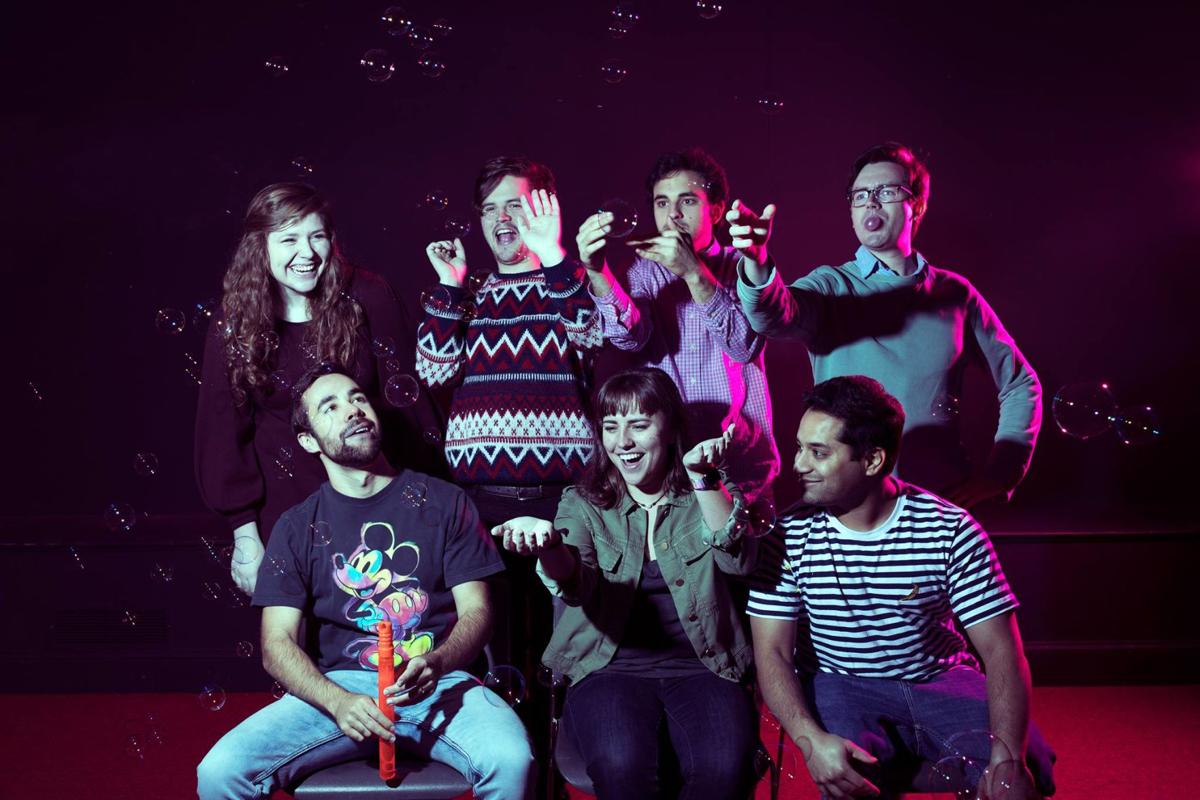 Six Kids Improv out of Atlanta will perform at the Threshold Rep on Friday during this weekend's Charleston Comedy Festival. 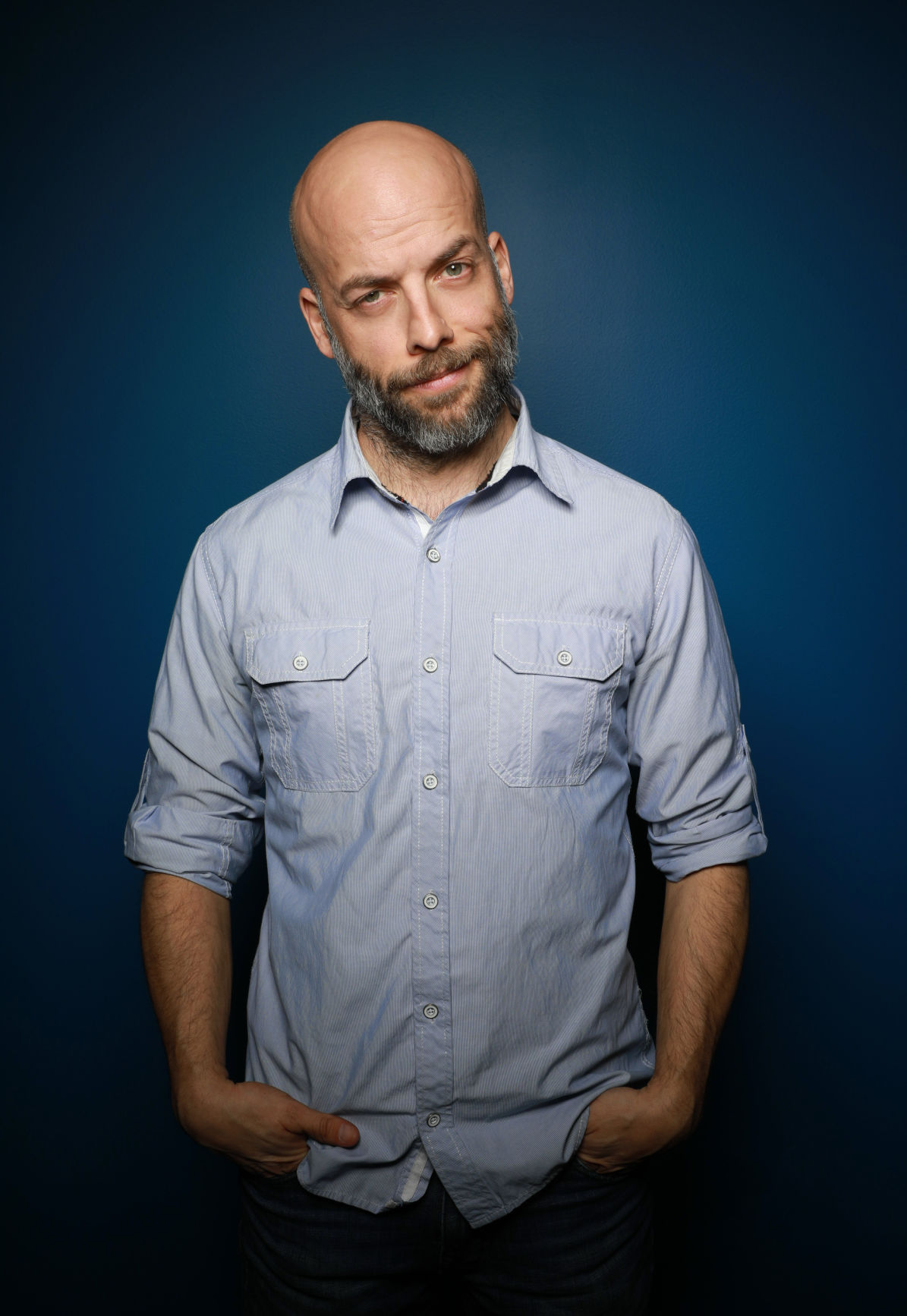 Pete Dominick will perform at Woolfe Street Playhouse on Saturday as part of this weekend's Charleston Comedy Festival. 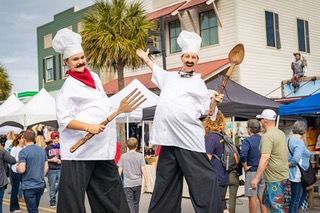 The Taste of Folly returns to Center Street on Folly Beach on Saturday. 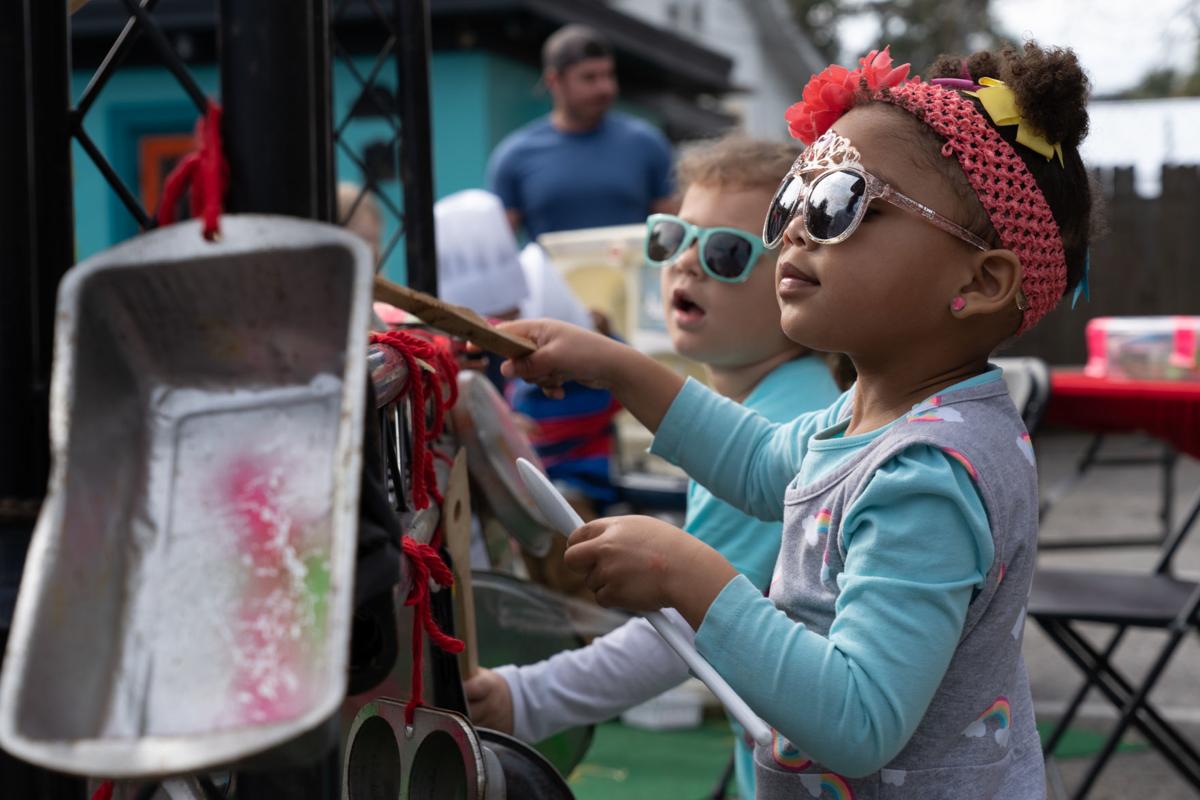 Pots & Pans Percussion will return to Saturday's Taste of Folly. 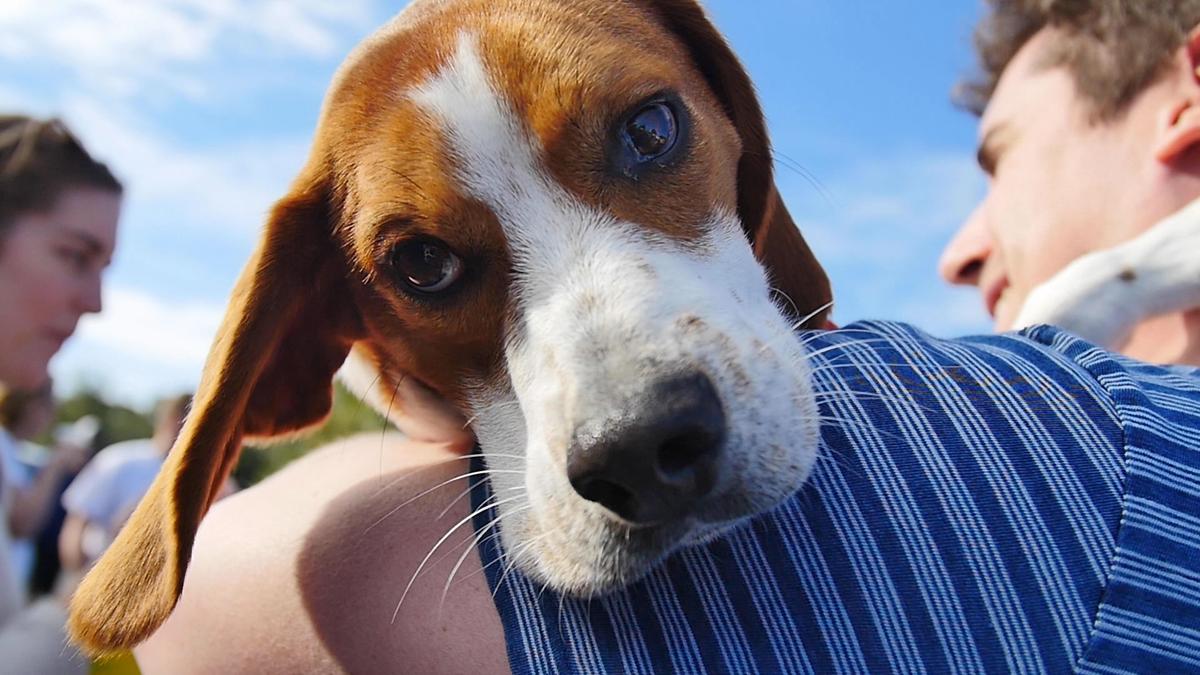 The MLK Day parade will begin at Burke High School and end at Marion Square in downtown Charleston.

“I have a dream that my four little children will one day live in a nation where they will not be judged by the color of their skin, but by the content of their character.” — Martin Luther King Jr.

Monday is the observed birthday celebration of the late civil rights icon Martin Luther King Jr., and the YWCA of Greater Charleston will continue to commemorate his legacy with events throughout the weekend.

In 1963, King spoke of his dream that one day valleys would be exalted, rough places would be made plain and the crooked places would be made straight. The YWCA’s theme this year is “The Power Is in You. Advance the Dream.” Heed King’s call to lift our nation from the quicksands of racial injustice to the solid rock of brotherhood.

Marcus Amaker, Charleston’s poet laureate, will return to lead the MLK Poetry Slam from 2-4 p.m. Saturday at the Charleston County Main Library (68 Calhoun St., downtown). This event is free and open to the public, will feature 15 youth poets, food, prizes, and the winner will perform at the MLK Breakfast on Tuesday.

Mount Moriah Missionary Baptist Church in North Charleston (7396 Rivers Ave.) will host the annual Ecumenical Service at 4 p.m. Sunday, with honored guest and keynote speaker Bishop Vashti Murphy McKenzie, presiding prelate of the 10th Episcopal District of the African Methodist Episcopal Church. In 2000, McKenzie was the first woman elected to the level of bishop in the more than 200-year history of the AME Church.

The annual downtown parade will begin at 10 a.m. Monday, leaving from Burke High School (244 President St.) and will head to Fishburne Street, to Sumter Street, to King Street and end at Marion Square on Calhoun Street. There are more than 180 parade entries, including marching bands (my favorite!) and floats and participants from local groups and community organizations. This year’s parade marshal will be North Charleston’s police chief, Reggie Burgess.

Lowcountry Voices will present “Hold Fast to the Dream,” a free commemorative concert at 5 p.m. on Monday at First Baptist Church of James Island (1110 Camp Road). The group is a multicultural and ethnically diverse performance arts chorus that particularly emphasizes African American music performed in the South Carolina Lowcountry tradition.

The MLK Business & Professionals Breakfast at the Gaillard Center (95 Calhoun St., downtown) at 7:30 a.m. Tuesday will welcome Sheila C. Johnson, founder and CEO of global hospitality firm Salamander Hotels and Resorts and co-founder of Black Entertainment Television (BET). She is the first African American woman to achieve a billion-dollar net worth.

The Youth Summit, also at the Gaillard Center, will begin at 9 a.m. Tuesday, and is an opportunity for area high school students (that attended the breakfast) to have a roundtable discussion about racism, social justice and additional topics of interest.

Additional event details and information can be found at ywcagc.org/mlk-celebration.html or by calling 843-722-1644.

In addition to the YWCA, other groups and organizations will host celebratory events this weekend.

Lowcountry Voices will present “Hold Fast: I Dream a World,” at 5 p.m. Saturday at St. Matthew Baptist Church (2005 Reynolds Ave., North Charleston). This tribute concert to King blends his “I Have a Dream” speech and Langston Hughes’ poem, “I Dream a World.” The special program features gospel songs, spirituals and anthems to inspire the realization of those dreams. It is free and open to the public, but tickets are required. 843-740-5854, bit.ly/39UN0Vs

“If we couldn’t laugh we would all go insane.” — Robert Frost

One of my favorite things to do is laugh. I love to laugh. A lot. And to pull from J.D. Salinger’s “Catcher in the Rye,” I have one of those very loud, stupid laughs. If I ever sat behind myself in a movie or something, I'd probably lean over and tell myself to please shut up. One of my best friends literally slaps her knee when she laughs, which always makes me laugh harder. And louder.

Speaking of laughs, Theatre 99 and Charleston City Paper are back with their Charleston Comedy Festival, which kicked off on Wednesday. Performers and comedy troupes from the country’s “top comedy hotbeds,” as well as some of our favorite local laugh leaders, will present stand-up, sketch and improv Thursday-Saturday.

A few special nights are sold out, but there is still so much to choose from and people to see.

Andy Livengood restages his “Butcher Stories” at Threshold Rep, which focuses on his past career as a meat and seafood counter manager and real interactions with clueless customers.

The Stand-Up Comedy Showcase at The Commodore on Friday (Saturday’s is sold out) will feature Josh “The Gingerbeard” Bates, Shawna Jarrett, Joseph Coker, Hagan Ragland, Bill Davis and Sarah Napier, among others.

Reformed Whores, a festival favorite, will take their folk-pop comedy with feminist flavor to Theatre 99 and Francis Ellis, formerly with Barstool Sports, will perform at Woolfe Street Playhouse.

Impro Theatre will present “Tennessee Williams Unscripted” at Theatre 99, which is exactly what you think it is: a completely improvised play in the style of Tennessee Williams. Just thinking about it makes me want to drink a bourbon and branch while fanning my face on a front porch somewhere in Louisiana.

Other performers to check out include, but are not limited to, Lauren Hope Krass, Jason Groce, Sweater Puppies out of Atlanta, Local Legends out of Greenville, Lena Dunham (not THAT Lena Dunham) out of Washington, D.C., Pete Dominick, Mystery Meat (rapper BLKPAPA and DJ White Smoke), Evan Berke and of course, Brandy Sullivan and Greg Tavares, co-founders and co-artistic directors of Theatre 99.

Honest to Pete, the folks out there at the Edge of America have always got a little somethin’ goin’ on and this weekend is no different as they present the annual Taste of Folly Cocktail Competition and Street Festival.

The Tides Hotel will host the Taste of Folly Blue Chair Rum Cocktail Competition on Friday night, featuring tastings of craft cocktails prepared by local cocktail curators and masters. By golly, how many times can I say cocktail? Obviously, this event is for those age 21 and older.

Center Street will be home to the Taste of Folly Street Festival on Saturday, featuring food from Folly restaurants, as well as cooking demonstrations and server Olympics. Bring your A-game for The Washout’s oyster-shucking contest, Bert’s Market’s hot dog-eating contest and the chili cook-off. There will be more than 40 local vendors along the avenue and live music from Weigh Station, Bluegrass Buddies, Well Charged and the Spazmatics. Kids’ activities will include the Kids Kitchen from Good Clean Fun, with Pots & Pans Percussion, the Soapy Sudsy Kitchen and pasta making, culinary-inspired arts and crafts and the ever-adored inflatables.

3 days of food and drink in Charleston: Our critic's 2020 restaurant itinerary

An MLK concert is set for Monday on James Island, and CofC Opera will offer works by Poulenc and Puccini.