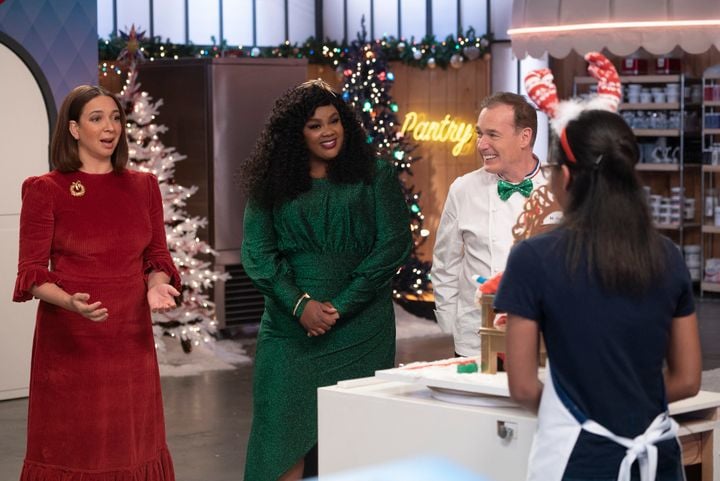 Maya Rudolph, Nicole Byer and Jacques Torres judge a cake made by Samantha Cruz, who was on the same episode of "Nailed It!" as Summerville mom Candice Coleman. Provided 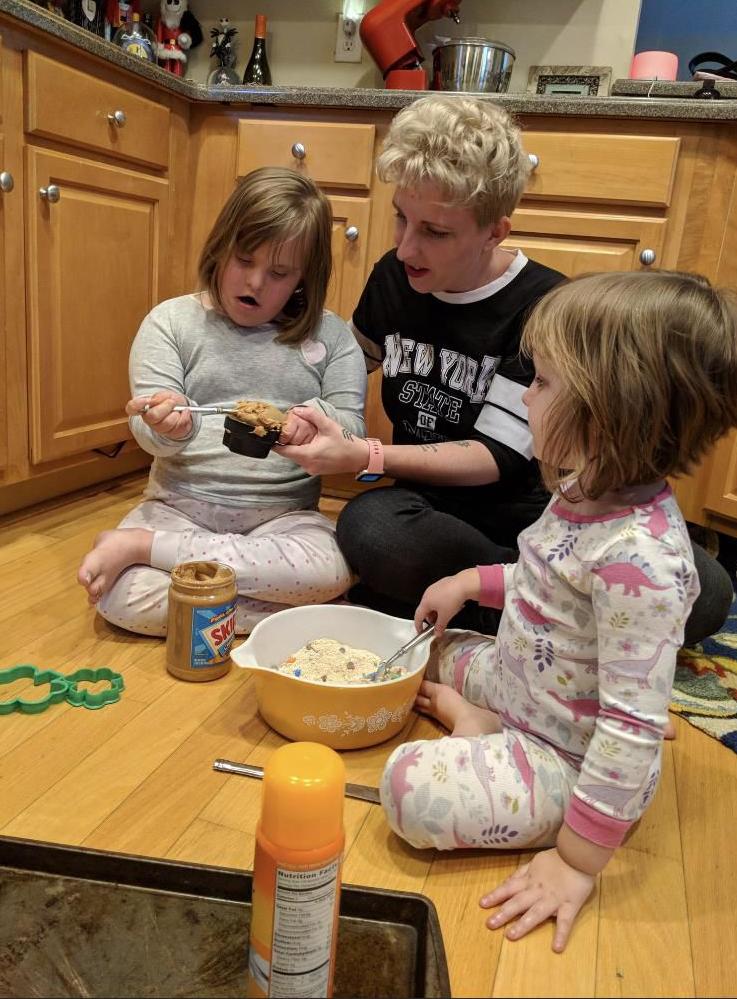 A Summerville mom won $10,000 on the holiday-themed season of a hit Netflix show.

"Nailed It!" challenges nonprofessional bakers known for hilarious kitchen fails to make professional-level baked goods. The show stars comedian Nicole Byer as the host and pastry chef and chocolatier Jacques Torres as a judge. Guest judges make an appearance each week as three bakers battle to create the best of the worst baked goods. Whoever wins has "Nailed It!"

The second episode on Season 2 of the show's holiday special featured Lowcountry baker Candice Coleman, a stay-at-home mom with two daughters, one of whom has Down syndrome.

“You want something done right, you send in a special-needs mom," Coleman said in her introduction on the show.

Coleman told Charleston Scene she became addicted to the show and Googled how to audition, thinking she might just make the cut. She emailed the "Casting Elves" with a few photos of her cakes and, sure enough, she got a callback.

"One of my favorite times of year is when all the holiday baking shows come on, but of course nothing I make even compares to what those bakers create," Coleman said. "So I love a show that’s inclusive and accepting of all bakers, not just the best of the best. I also love how funny the show is, because when I’m in the kitchen I’m laughing and not at all taking my baking seriously. So I really identified with 'Nailed It!'"

The guest judge for Coleman's episode was SNL comedian and actress Maya Rudolph. The banter between Rudolph and Byer was a show in itself.

"I think she's got boogie fever," Rudolph said of Coleman's dance moves in the kitchen at one point in the episode.

There are two challenges per episode, and the bakers receive basic instructions on how to duplicate the examples before them.

From fisherman to 'MasterChef' Top 10 contestant — one Charleston man's journey

For the first challenge, Coleman squeaked by with the best cake pop, a Christmas tree ornament shaped like a rabbit. In the end, her final creation got stuck on wax paper and fell apart, with just a decorated face remaining for the judges to see and taste.

Luckily for Coleman, Cruz and Postage's cake pop ornaments, which were not much better-looking, were deemed almost inedible, while hers was at least tasty despite the atrocious facade.

"So many times I watch baking shows wondering why bakers always go on about how hard it is," Coleman said. "But it really is."

After her first win, Coleman was crowned in a sparkly golden chef's hat, the show's hand-me-down reward.

Then came the second challenge, a fruit cake depicting Santa Claus sitting on a chair surrounded by presents, sculpted with fondant and modeling chocolate. The bakers were given an hour and a half to recreate the model cake before them.

Though Coleman said she had never baked a fruit cake before, she remembered some of her family members making them around the holidays, giving her a slight advantage. In the final judging round, Coleman's cake didn't look the best. Santa was terrifyingly skinny, and his face wasn't the prettiest.

"It looks disturbing, and all I can keep thinking in my head is, 'You got the taste, just keep selling that to the judges,'” Coleman said on air with a laugh.

That taste test worked in her favor as Coleman again came out on top, with a cake more edible than the others. She won the grand prize of $10,000, which she's going to use to take her family to Disney World, she said.

"It’s just as fun as it looks on TV, and everyone is having a grand time laughing and smiling," Coleman told Charleston Scene. "It's exciting too, because my daughters get to watch this and see me succeed."

"Nailed It!" is streaming on Netflix.