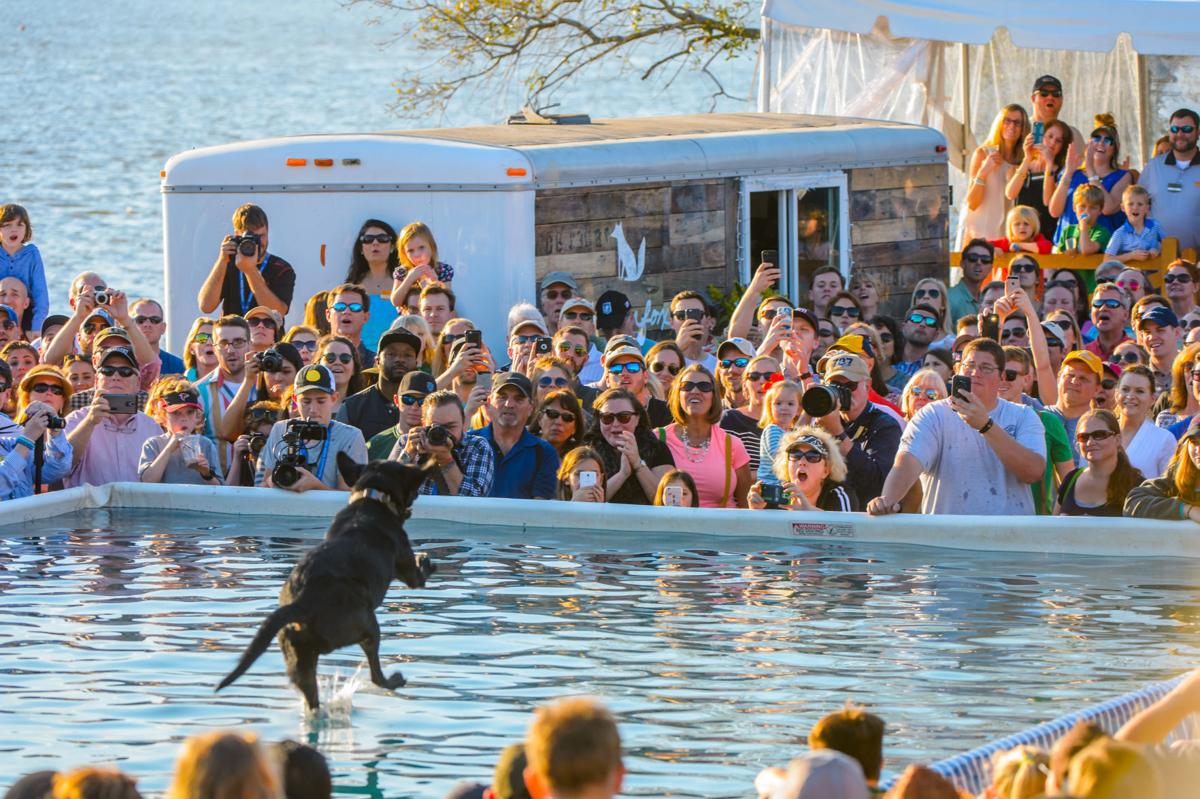 The DockDogs show at SEWE wows the crowd, with a number of people taking pictures of a dog in mid-air. 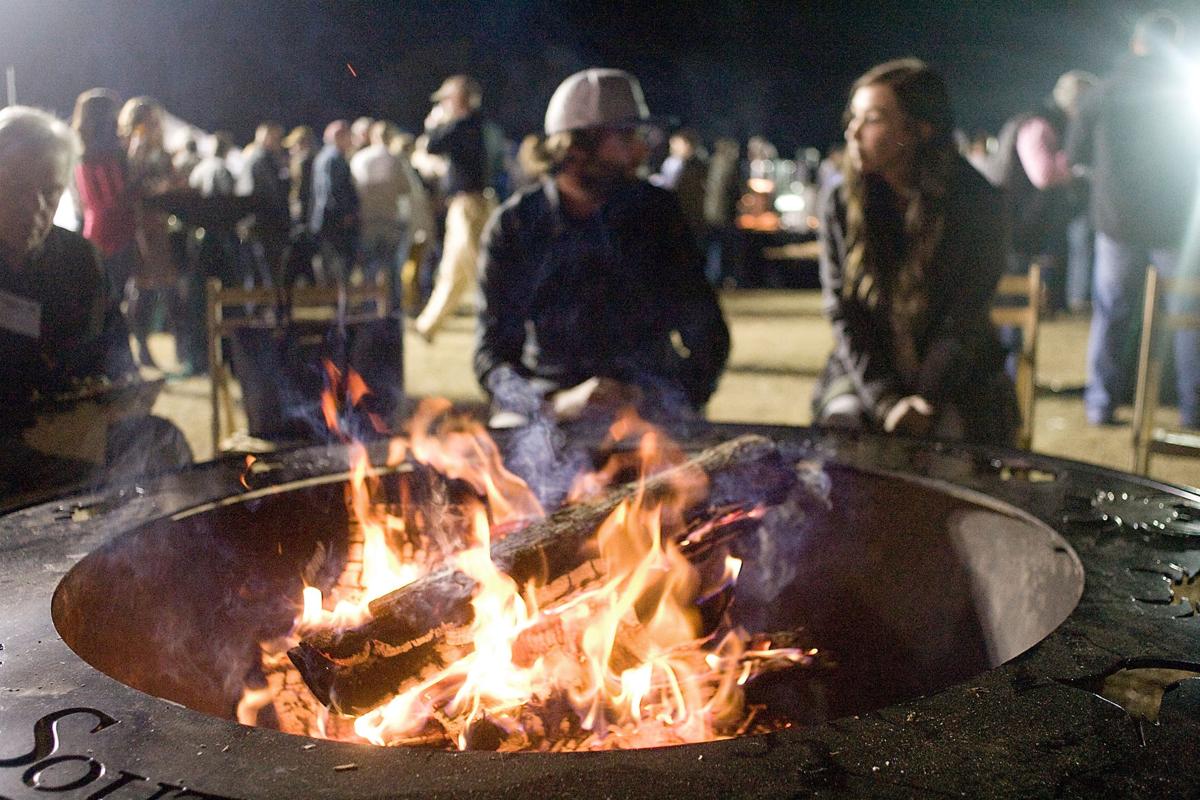 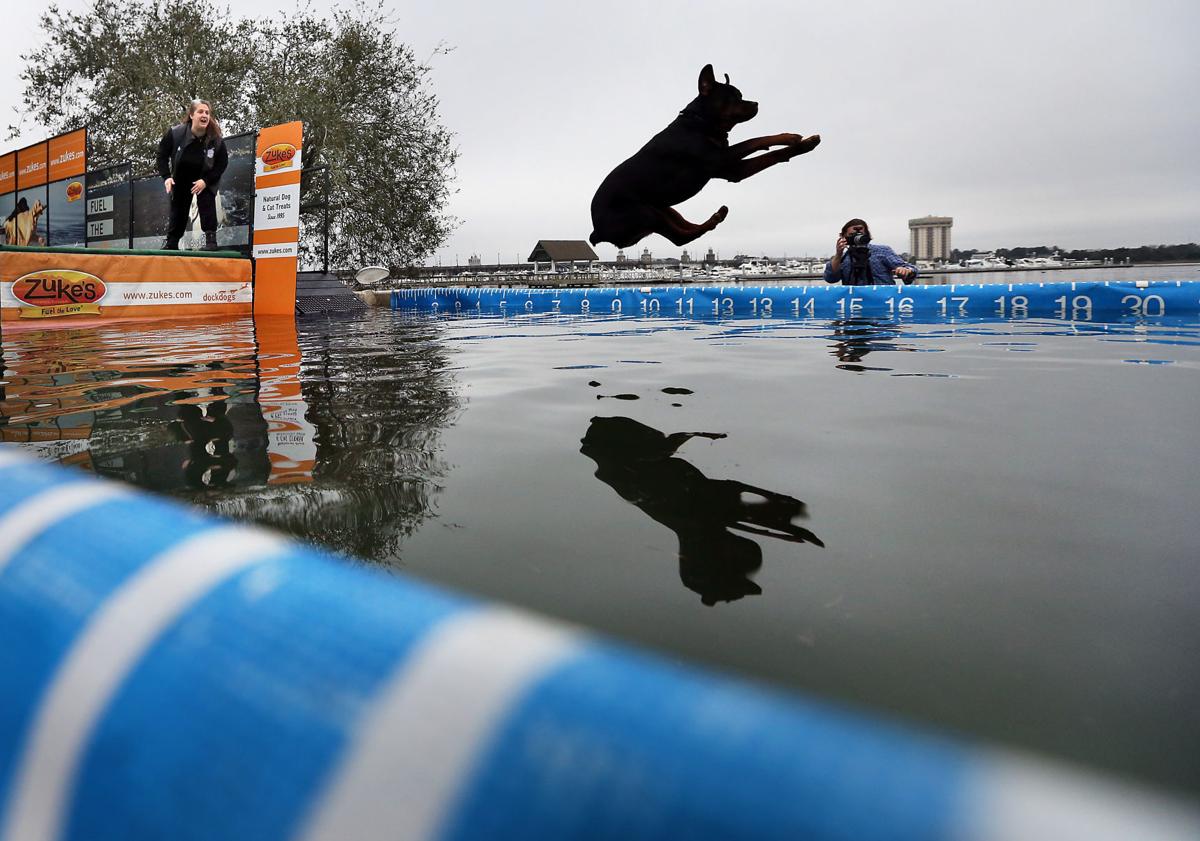 Bray, Renee Racey's rottweiler, leaps into the pool chasing his toy in the Southeastern Wildlife Exposition's Dock Dogs competition in 2016 at Brittlebank Park.

The DockDogs show at SEWE wows the crowd, with a number of people taking pictures of a dog in mid-air.

Bray, Renee Racey's rottweiler, leaps into the pool chasing his toy in the Southeastern Wildlife Exposition's Dock Dogs competition in 2016 at Brittlebank Park.

One of the Southeastern Wildlife Exposition's most popular venues will sport an expanded footprint and new features this year: Brittlebank Park.

The park, located along the Ashley River in downtown Charleston, is one of SEWE's five main event sites and has grown exponentially since it first became part of the three-day event in 2007. Organizers, recognizing that growth, have added more space to accommodate vendors and attendees. Brittlebank also will feature a Kid Zone with pony and camel rides, an exotic animal petting zoo, inflatables, games, educational programs and a selection of desserts from Sweet LuLu's Bakery, Cocktail Caravan and Pedal Pub.

"It's almost representative of SEWE's growth as a whole," said John Powell, the event's executive director. "Ten years ago, Brittlebank was smaller. It was off the beaten path."

In recent years, the park has become SEWE's main attraction, with some attendees spending a full day or all three days at the venue, Powell said.

The new expansion allows organizers to give ticketholders more for their money, he said.

Fan favorites such as the DockDogs competition will, of course, be featured, and sheep and duck herding demonstrations will return to the park. This year, organizers have added search-and-rescue dog demonstrations by Search Tactics and Rescue Recovery, a Swansea-based nonprofit. The dogs will showcase small-scale demonstrations similar to their missions in the Carolinas and surrounding states.

"Without the green space at Brittlebank Park, we wouldn't have the ability to have certain demonstrations," Powell said. "This allows more people to come."

For vendors like Bryan Horn, interacting with more attendees is always welcome.

Horn, founder and president of the Jacksonville, Fla.-based company Over Under Clothing, said he's seen the crowds at Brittlebank Park grow significantly since he first exhibited six years ago.

"You look out and it's just a sea of people," he said. "There were (always) lots of people, but it's nothing like the last two or three years. We need as much space as we can get."

For vendors like Horn, interacting with customers and building relationships with them is a valuable part of the experience. He and other vendors often have customers who seek them out each year.

"It's a SEWE family," he said. "There's nothing else like it in the country. It's like there's something in the water."

Parking near the park is very limited and traffic easily becomes congested during the days that SEWE is in town.

Information about the shuttle service can be found on a map located on SEWE's website under The Exposition tab.