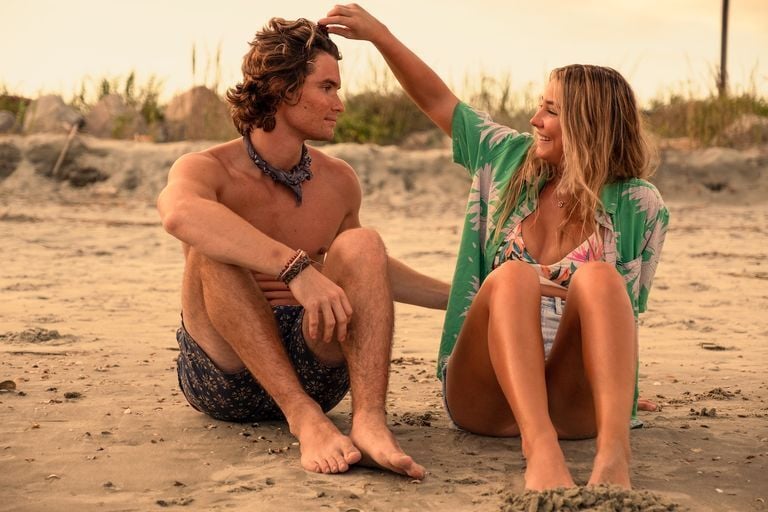 Chase Stokes and Madelyn Cline from a scene in Season 2 of "Outer Banks." Netflix/Provided 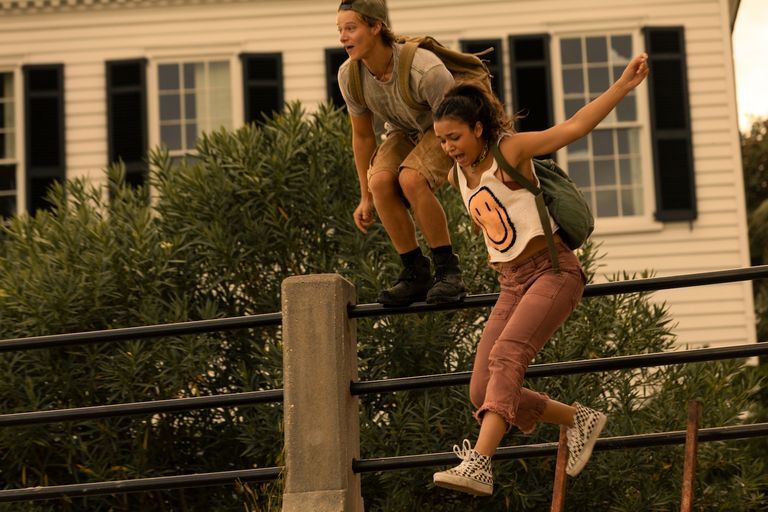 Rudy Pankow and Madison Bailey jump over a fence in a scene from Season 2 of "Outer Banks." Netflix/Provided

Chase Stokes and Madelyn Cline from a scene in Season 2 of "Outer Banks." Netflix/Provided

Rudy Pankow and Madison Bailey jump over a fence in a scene from Season 2 of "Outer Banks." Netflix/Provided

Charleston-filmed Netflix adventure series "Outer Banks" will return for a second season this summer after a pandemic-induced hiatus since its launch in April 2020.

Netflix has announced that the popular show starring a group of teenagers (classified as the Pogues and the Kooks) who embark on a treasure hunt is slated to return July 30 to the streaming network.

This season, scenes were filmed in Charleston during the fall and winter, delayed due to the COVID-19 pandemic. Casting calls were made in late August for extras, who had to test negative for the coronavirus before arriving on set.

'Outer Banks' Season 2 is looking for Charleston extras, will pay for COVID-19 test

Charles Esten, Austin North, Drew Starkey and Deion Smith were also confirmed as returning for the second season. Deadline confirmed "Lost" and "Once Upon a Time" actress Elizabeth Mitchell will be joining the cast, too.

The Season 2 teaser trailer starts off with Kiara, Pope and J.J. carving a memoriam in an oak tree for their thought-to-be drowned-at-sea friends John B. and Sarah.

The video then cuts to John B. and Sarah safe and sound on the shores of a beach. A series of action shots ensues: racing down a street in a car chase, jumping off a cargo ship, running down an alley, kissing by a bonfire, punching a wall.

The coming-of-age drama is back in full form.

“New friends also bring new foes as they’re back on the trail of the gold, while the stakes for Kiara, Pope, and J.J. rapidly escalate at home. The $400 million is still in the game, but will the uncovering of a new-found secret reunite the group for a fresh mission? The adventure of a lifetime awaits, but uncharted waters ahead mean our Pogues must do all they can to make it out alive.”

The first season of the program that won a People's Choice Award for most binge-worthy show was filmed in the Charleston area in the summer of 2019.

Executive Producer Jonas Pate described the show to The Post and Courier before its premiere as “a little bit Goonies, but the kids are older and there’s more drama.”

Former screen credits for the show's crew members include "Army Wives," "Mr. Mercedes," "The Righteous Gemstones," "The Notebook," "Halloween" and other popular shows and movies that were shot in the Holy City.

Pate told The Post and Courier the Netflix show brought $50 million to the local economy in 2019, and more than $55 million was expected to be spent in the Charleston area again in 2020 during filming.