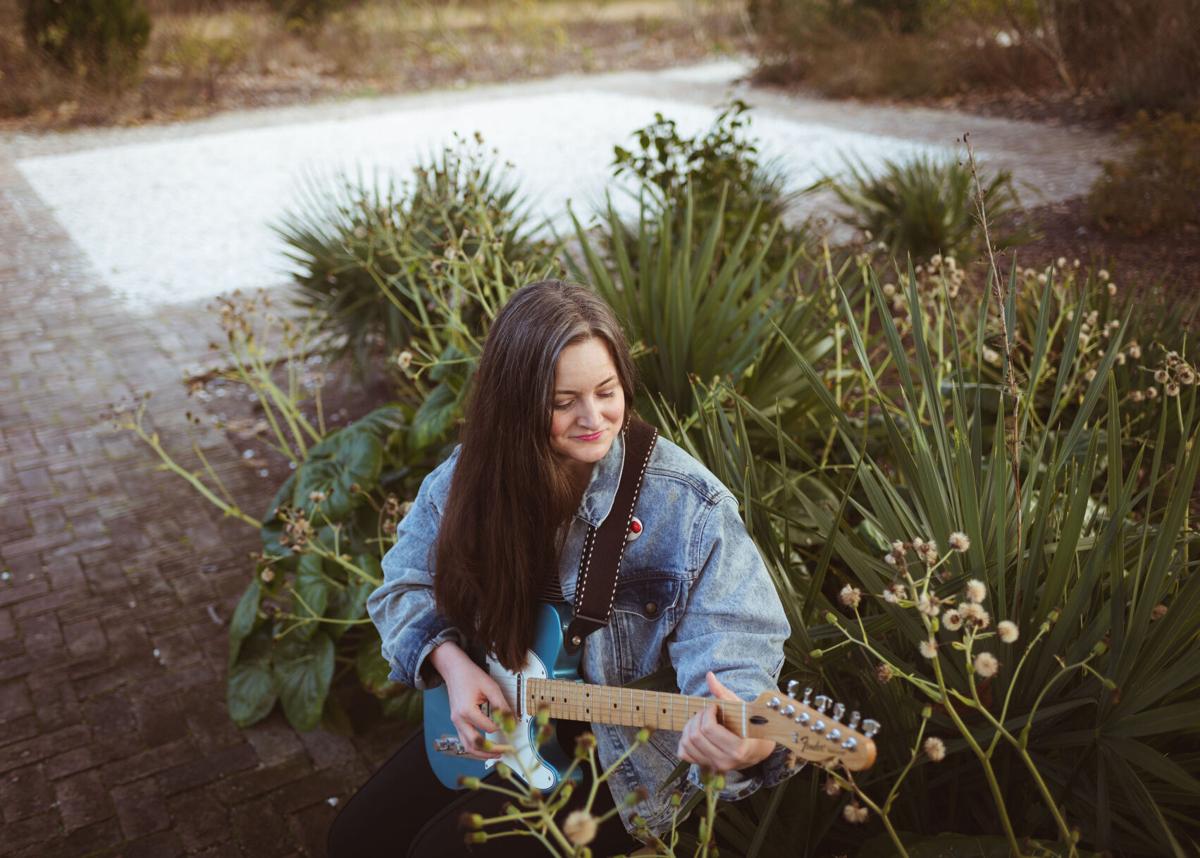 Charleston musician Caroline deGolian took up the She Shreds Media riff a day challenge at the beginning of January. Nina Garner/Provided 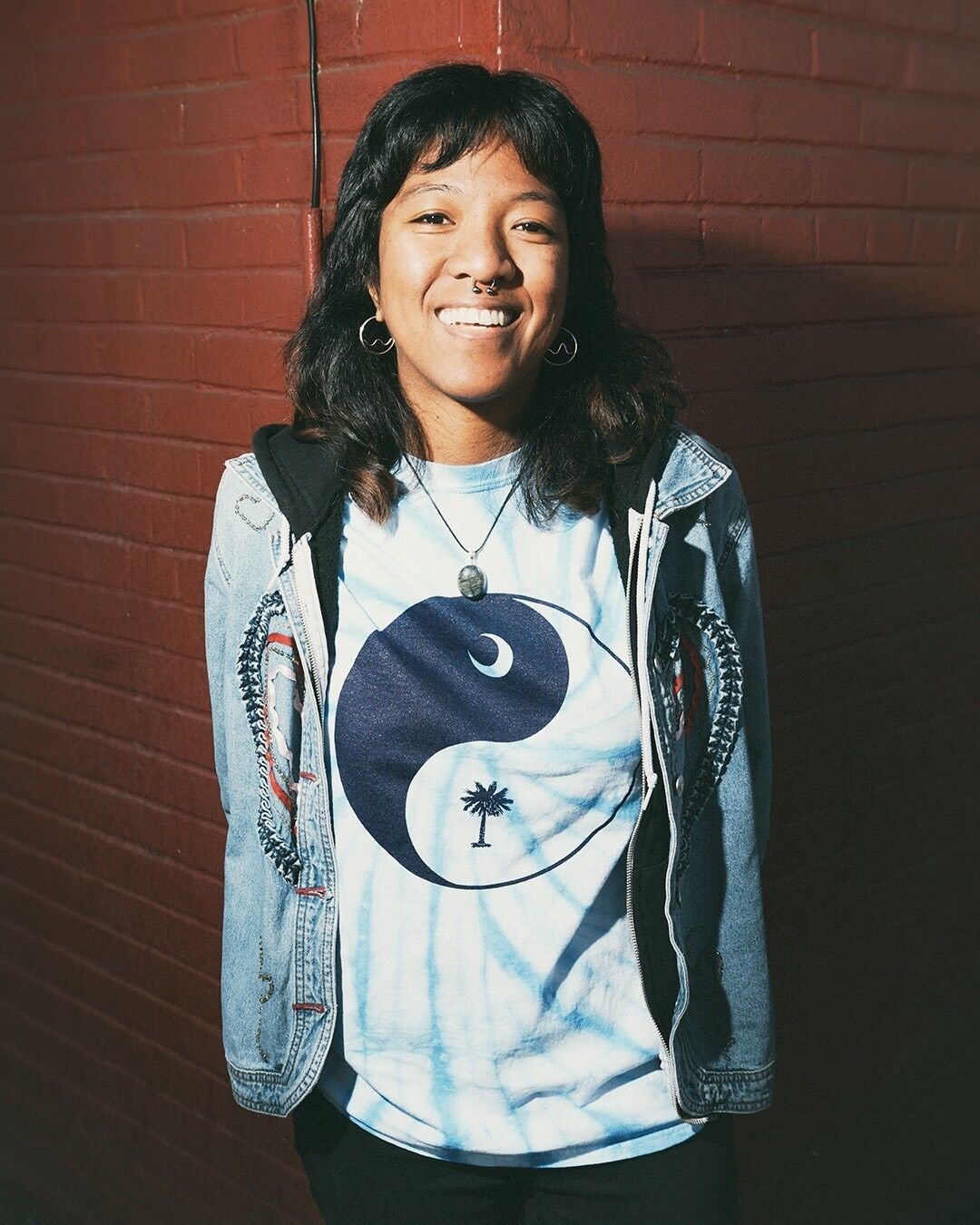 Ony Ratsimbaharison used the riff a day challenge to get out of a writing rut. Daniel Hare/Provided 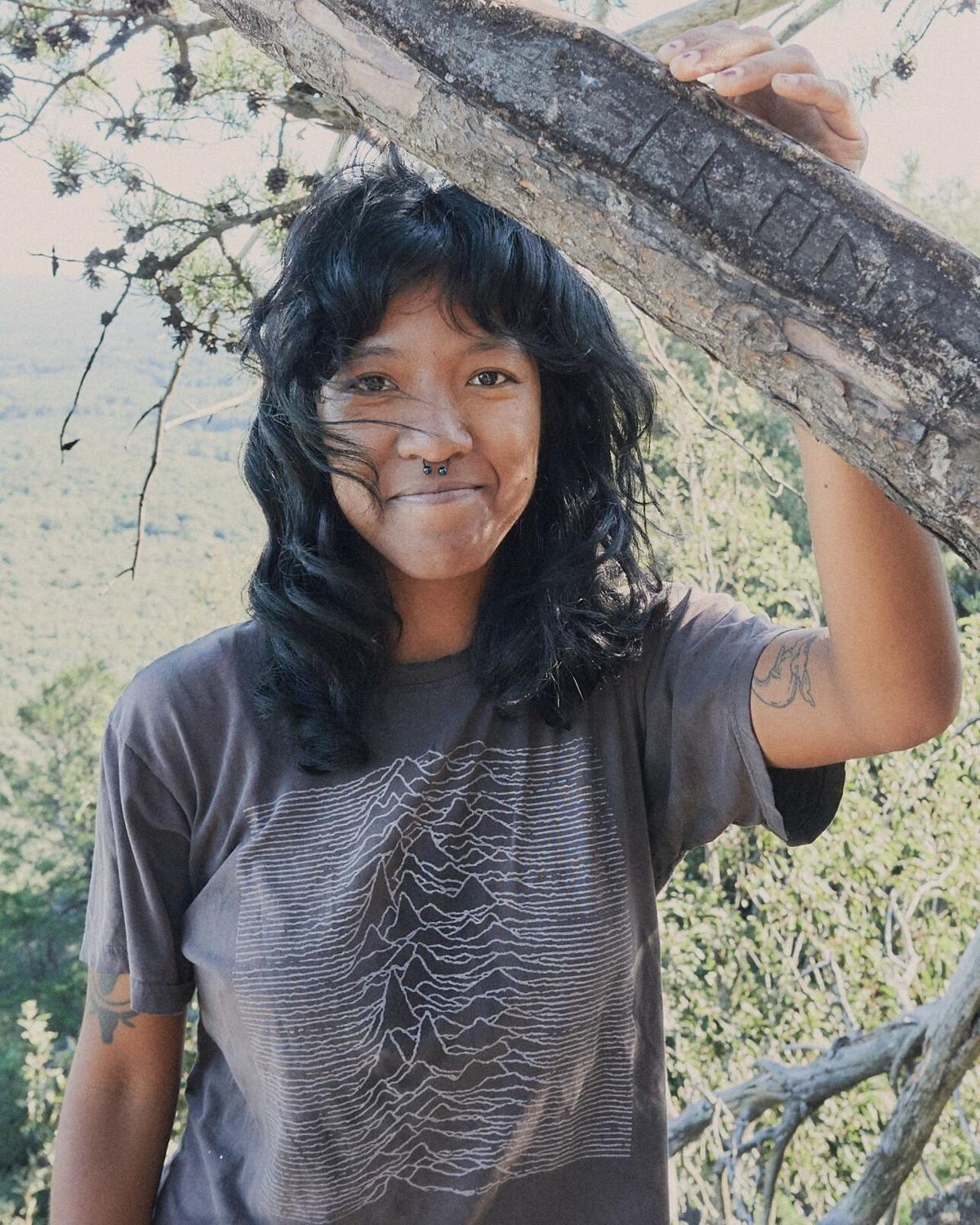 Ony Ratsimbaharison has volunteered for Girls Rock since 2012. Daniel Hare/Provided 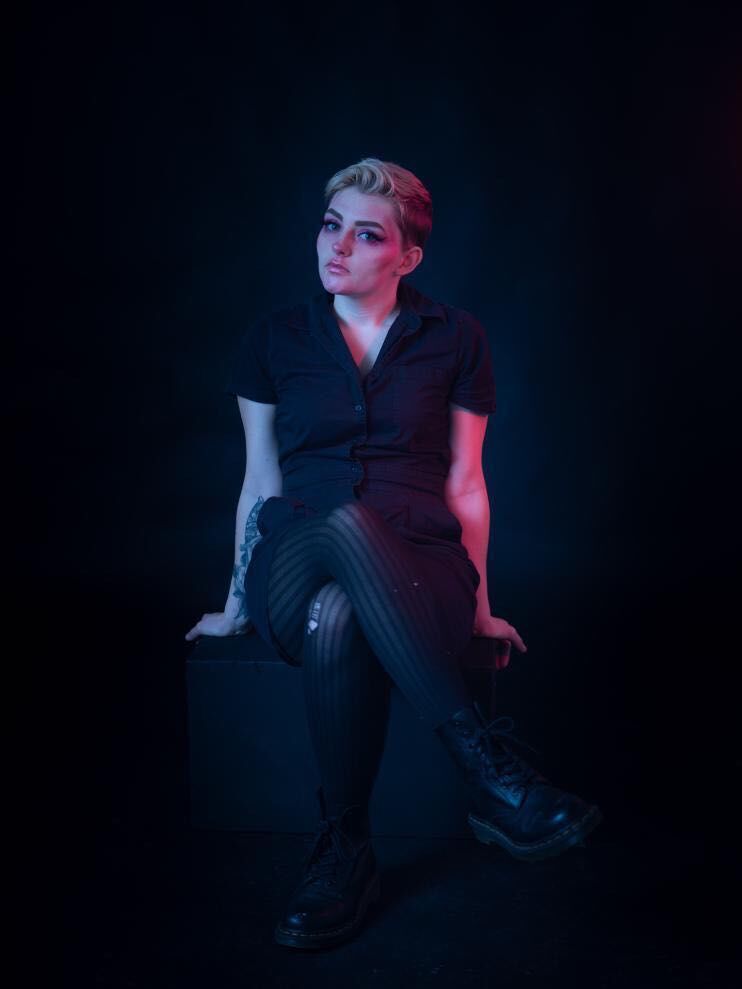 Mary Norris participated in the one riff a day challenge. Jason Keefer/Provided 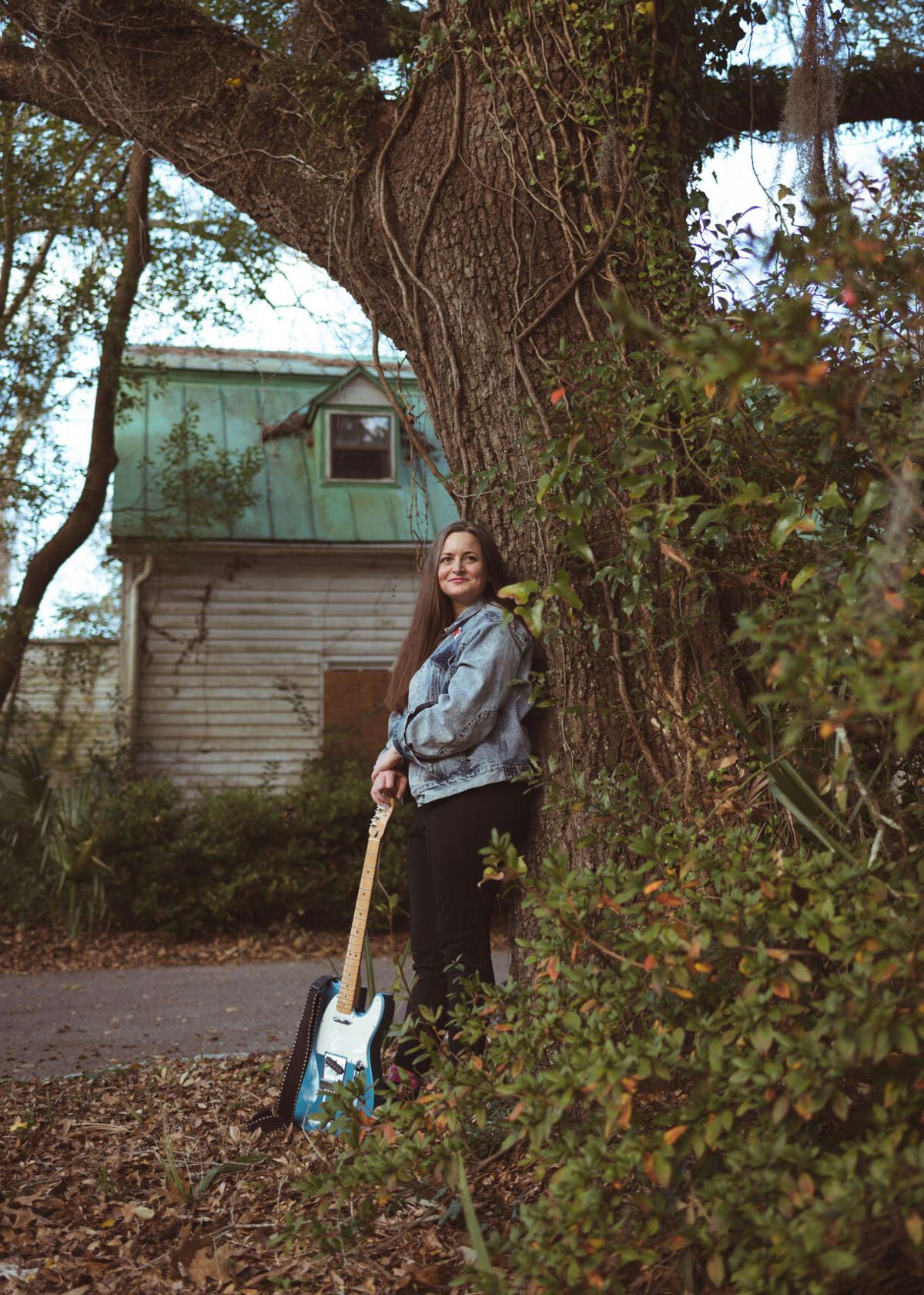 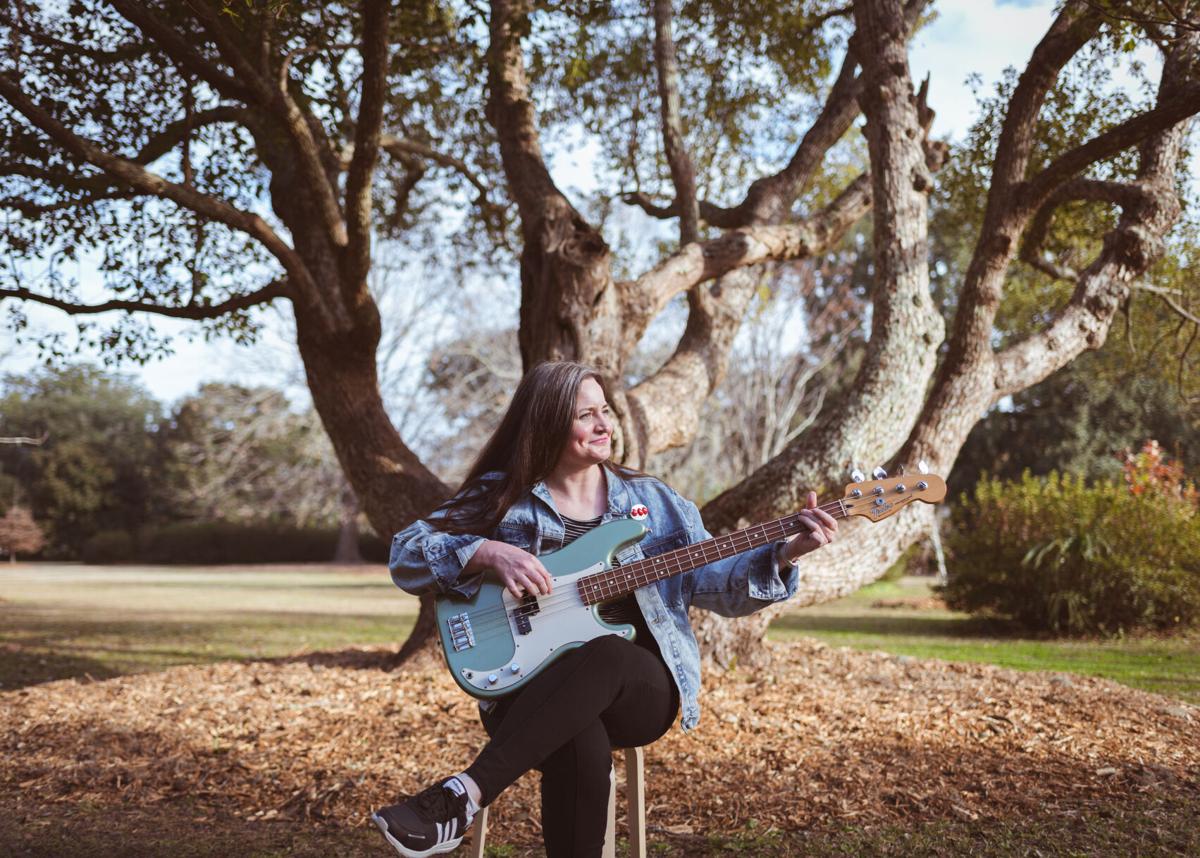 Caroline deGolian has enjoyed the DIY aspect of the She Shreds riff a day challenge. Nina Garner/Provided 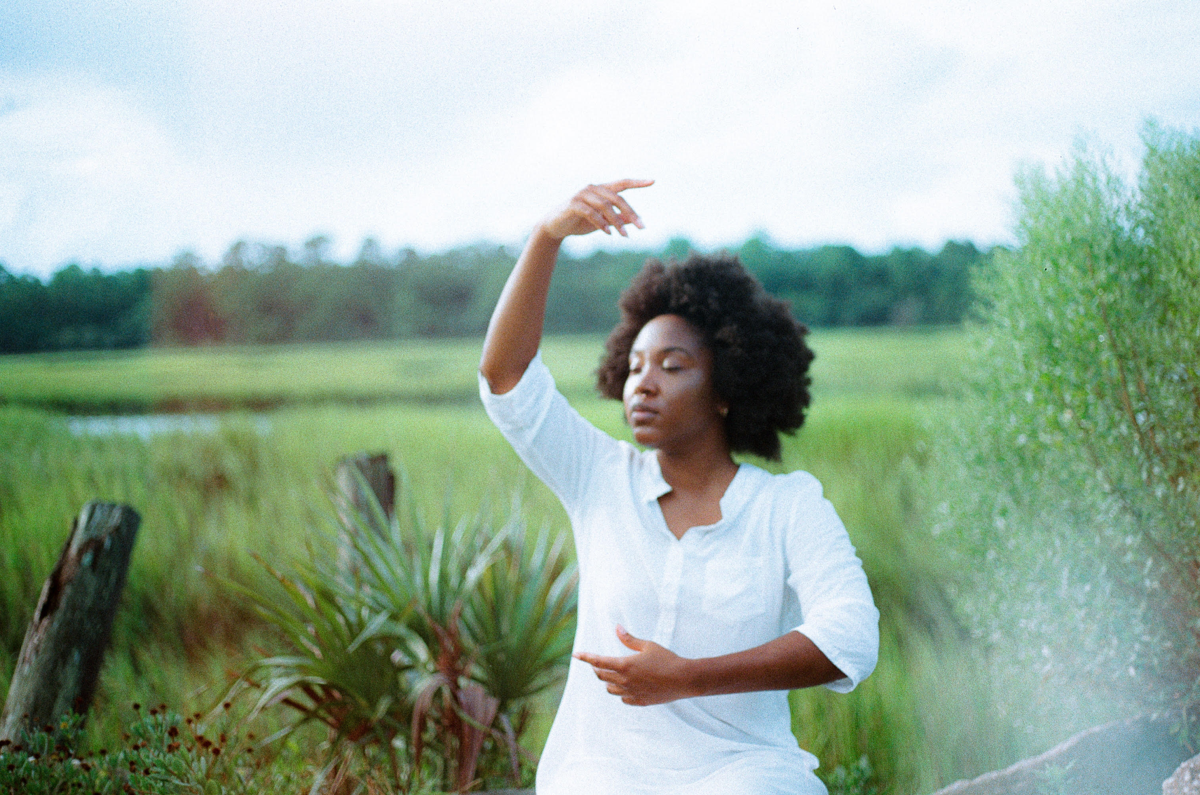 Janise Robinson, who goes by stage name Niecy Blues, was intrigued by the consistency of the riff a day challenge. Provided 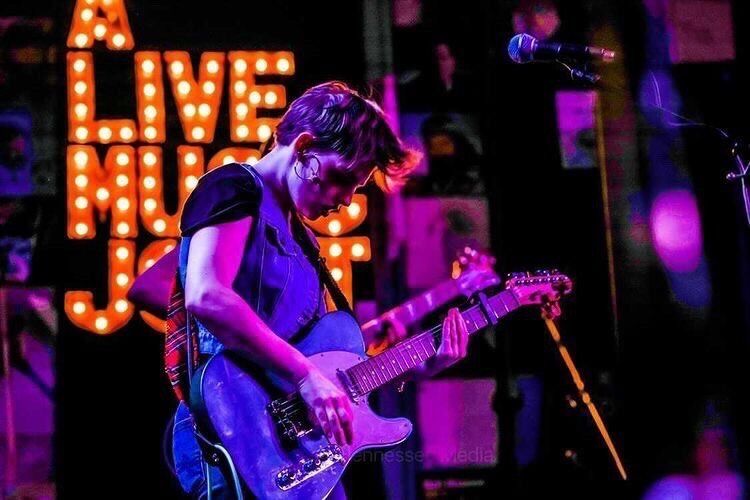 Mary Norris has used the challenge as a chance to not only grow as a musician but escape the day-to-day turmoil brought forth by a global pandemic. Joshua Hennessee/Provided

Charleston musician Caroline deGolian took up the She Shreds Media riff a day challenge at the beginning of January. Nina Garner/Provided

Ony Ratsimbaharison has volunteered for Girls Rock since 2012. Daniel Hare/Provided

Mary Norris participated in the one riff a day challenge. Jason Keefer/Provided

When it comes to coverage of women and nonbinary guitarists and bassists, there aren't many dedicated platforms.

She Shreds Media is perhaps the only publication devoted to uplifting and providing a network for the non-men shredders out there, which according to a recent study by Fender make up half the new guitar players in the United States and United Kingdom.

All-women bands in SC are scarce. Here's why those musicians think that is.

Some South Carolina-based women and nonbinary musicians have gotten involved with the She Shreds' January social media challenge that's been around since 2017. The "one riff a day" (#1RAD) challenge calls for a guitar or bass riff each day of the first month of the year. It can be from an already created song or a newly written brainstorm.

For 31 days, artists have committed to playing their instrument for at least five minutes every day, sharing their process by posting a video on Instagram. The associated hashtag had more than 120,000 posts from players around the world.

"I decided to join because I love what She Shreds’ online community looks like," shared Charleston's Janise Robinson, who goes by stage name Niecy Blues. "Everyone involved in the challenge are non-men just seeking a safe space to learn and challenge themselves, free from the typical 'mansplaining' that we endure around cisgendered men musicians."

Robinson, who identifies as agender femme, has not only found accountability and consistency within the challenge but also an inclusive and motivational community.

"Racism, a pandemic and anxiety about the outcome of everything makes it hard to stay motivated," Robinson said. "I have found that when I don't feel like sharing, I am encouraged by my friends and other She Shreds community members to continue."

Combining the challenge with a practice schedule has also provided an opportunity to grow as a guitar player. Robinson hopes to continue that journey and abandon the comfort zone mentality as an artist as the year moves forward.

"I've never felt more inspired than I do in this moment," Robinson said.

Robinson's adoption of the riff a day challenge led Spartanburg musician Mary Norris of rock band Salti Ray to participate. Grappling with the dedication of a daily challenge, Norris said she's struggled to keep up with the strict timeline but is cutting herself some slack in the midst of a political upheaval and global pandemic.

If anything, it's been an escape.

"For me, this has been a great way to channel my creativity in a way that feels useful, productive and cathartic," Norris said. "Before COVID, everything revolved around shows for me — that human interaction. This has really provided some personal fulfillment since that isn't very possible right now."

For Columbia's Ony Ratsimbaharison — of bands Chemical Peel, Hauswerk and fk mt. — the challenge was taken on to get out of a writing rut. She participated in the first year of the imitative, back in 2017.

"The very first riff I did has stuck with me the most," she said.

Ratsimbaharison has been a volunteer with nonprofit organization Girls Rock since 2012, instructing at camps in Columbia, Charleston and Santa Barbara, Calif. Girls Rock provides resources and space for girls and transgender and nonbinary youth to learn rock instruments and also about social justice and self-empowerment.

Charleston rock camp isn't about the music but finding a voice in society, politics

"In an ideal world, we wouldn’t need She Shreds Media or Girls Rock to ensure everyone felt empowered in the music industry, but there has been an undeniable need for it," Ratsimbaharison said.

Caroline deGolian, a former Girls Rock volunteer and member of a few different Charleston bands, hasn't played a show since 2015. The She Shreds challenge has prompted her to get back into playing, with hopes to perform post-pandemic. She's enjoyed the DIY aspect of this avenue of media-making, particularly useful during the COVID-19 pandemic.

"Anyone can duct tape a cellphone to the wall, press record, plug in and start playing," deGolian said. "You don't have to have really expensive gear and advanced video effects to participate."

There's also opportunity for creativity. She's seen others use effects and techniques, from complicated looping to unique pedals.

Though this is the first year she's joining in the challenge, She Shreds isn't new to deGolian. One of her previous band's songs was featured in the second issue's mixtape. She appreciates the magazine's representation of diverse artists, who in turn inspire her.

"When women and women of color see people who look like them rocking out, they feel like they can do it, too," deGolian suggested.

Punk and politics: Some Charleston artists are using the stage to promote conservation

The riff a day challenge isn't the only online quest deGolian has faced during the pandemic. Last year, she got sober and began attending support meetings over Zoom. For her, the accountability of an online community has been just as powerful as an in-person one.

"Obviously, nothing is better than supporting your local music community and jamming with others," deGolian said. "However, by connecting over the internet, people can meet other musicians with similar interests, share interesting ideas and techniques and even write music together, a la the Postal Service."

In addition to the riff a day challenge, deGolian follows the "hit like a girl" contest for women drummers and beatmakers. This year, that competition starts in March.