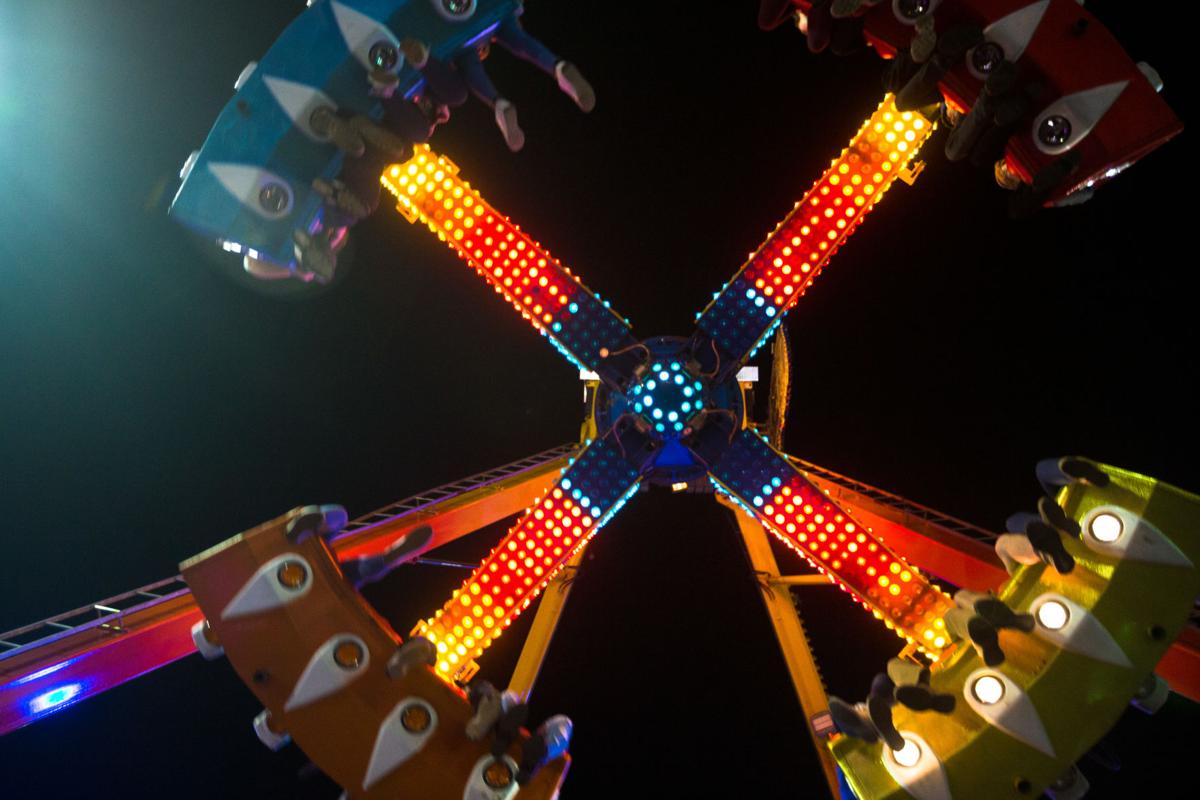 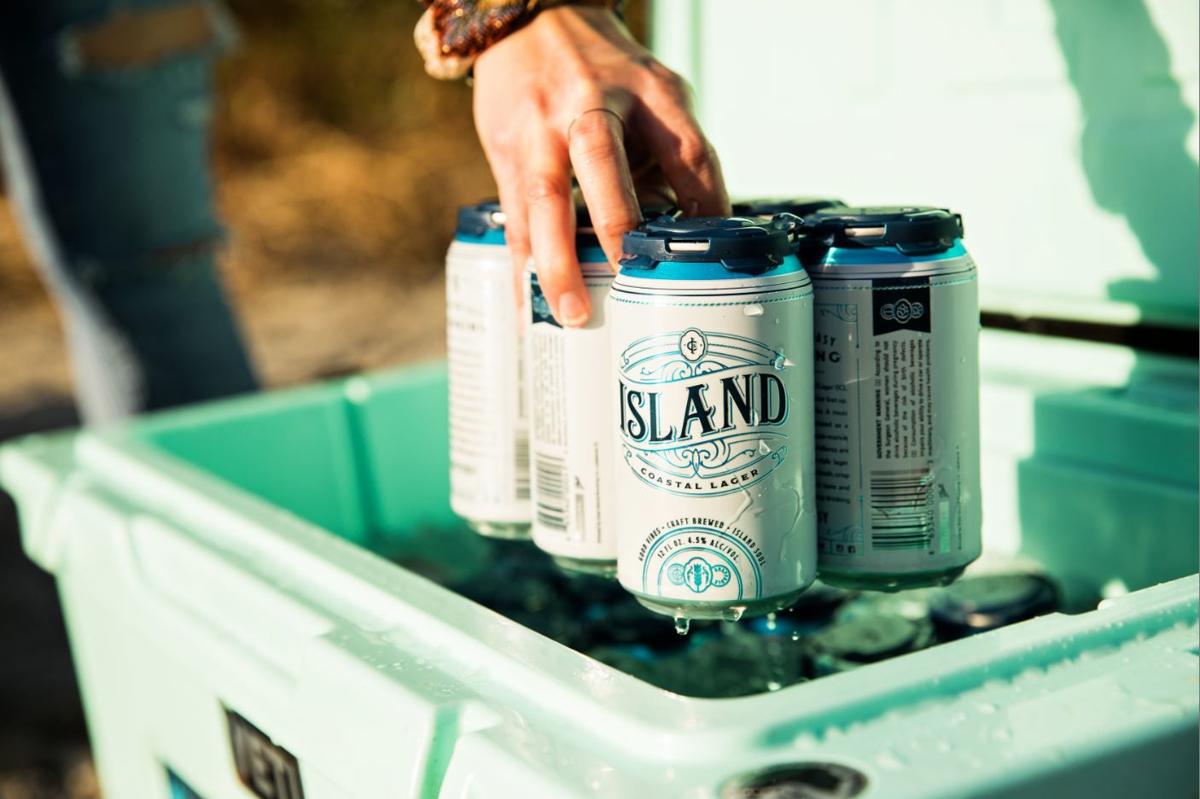 Sullivan's Island-based beer brand Island Coastal Lager is one of the beers on tap at the Coastal Carolina Fair's new Beer Garden. Provided. 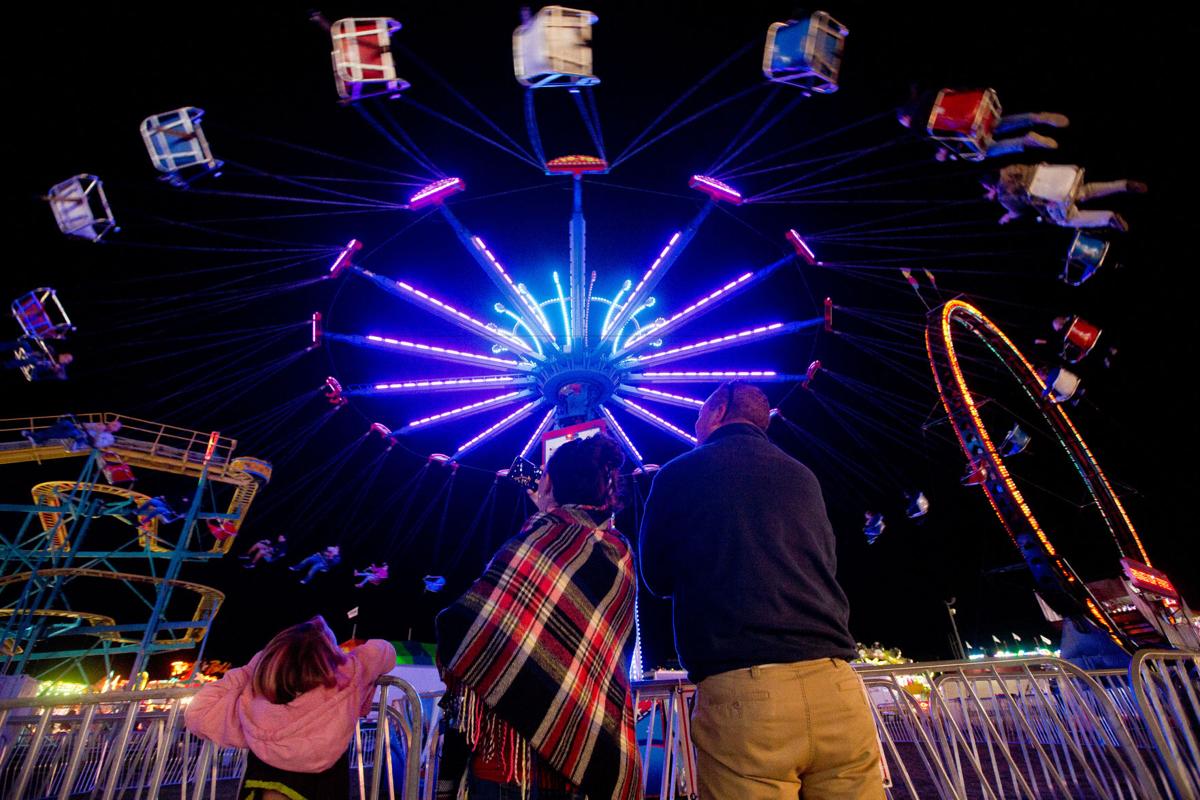 The swings at the Coastal Carolina Fair swirl in the night sky. File/Andrew J. Whitaker/Staff 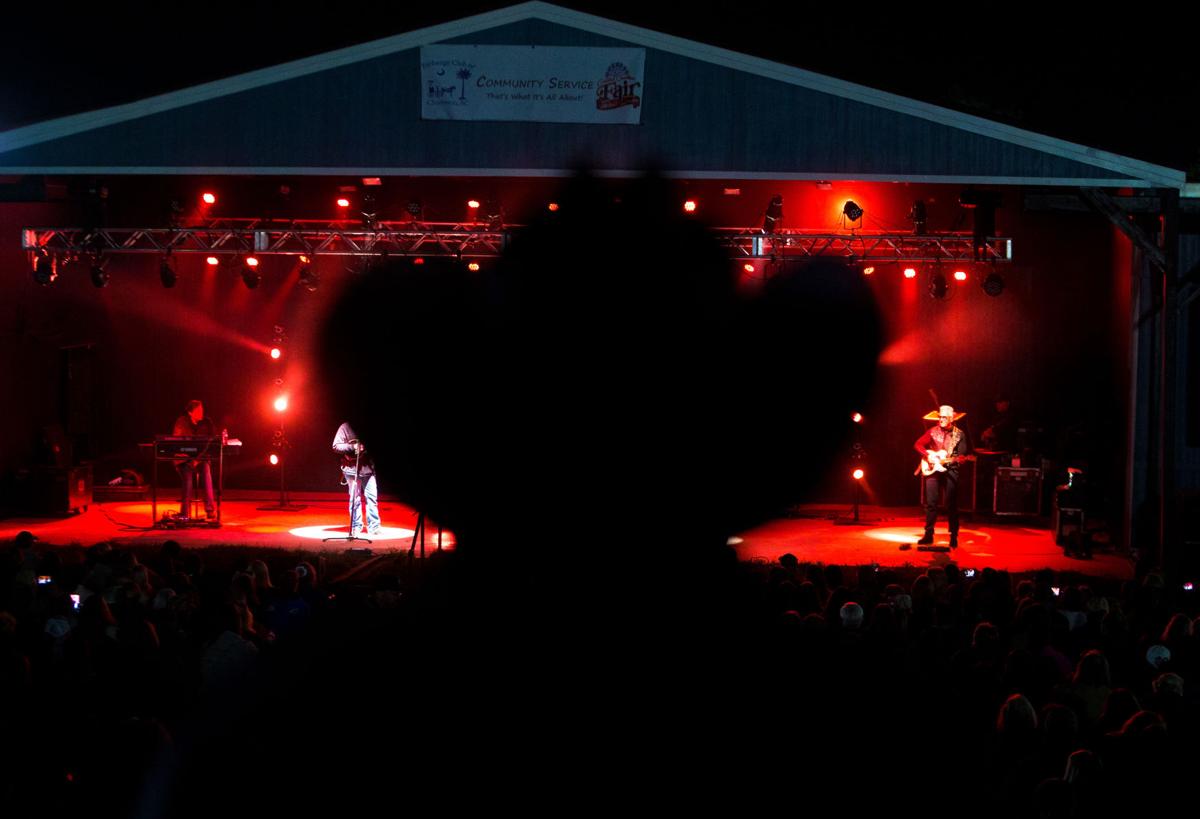 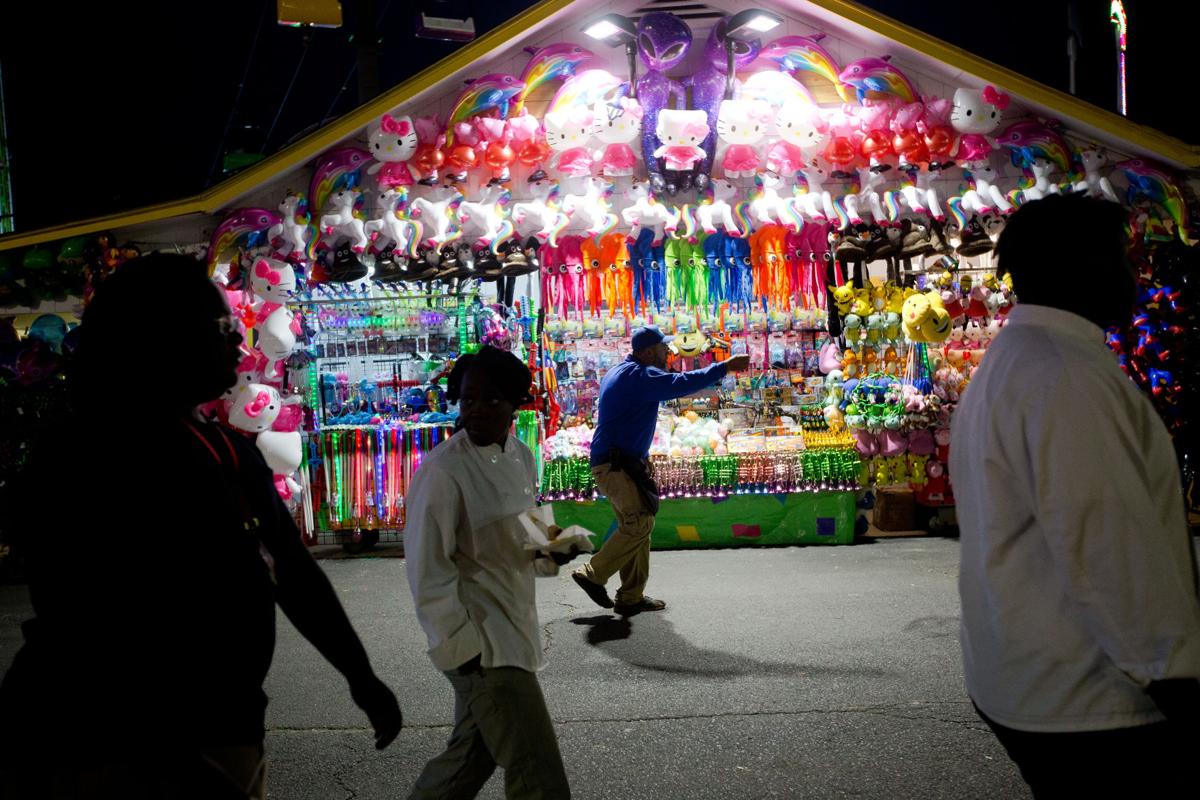 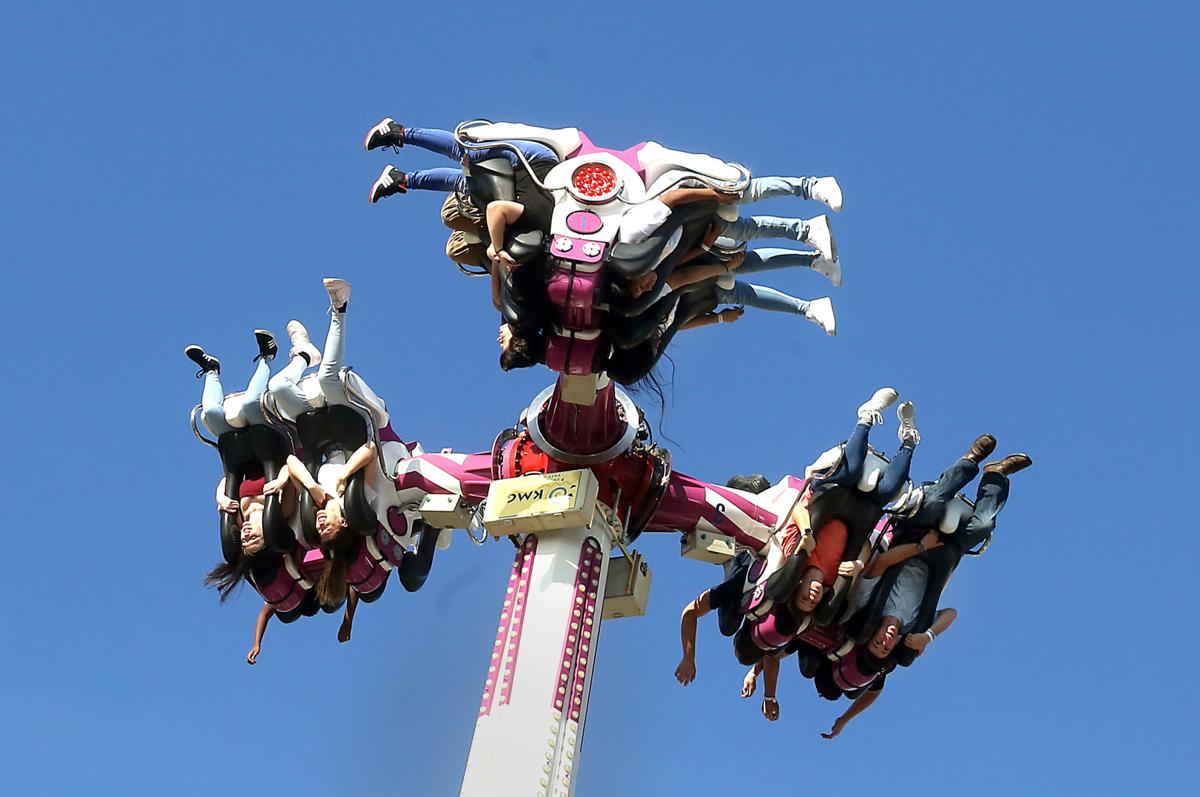 The Coastal Carolina Fair kicked off its 11-day run Thursday, October 31, 2019, with some of those attending taking a ride on the Flatline 360. Brad Nettles/Staff 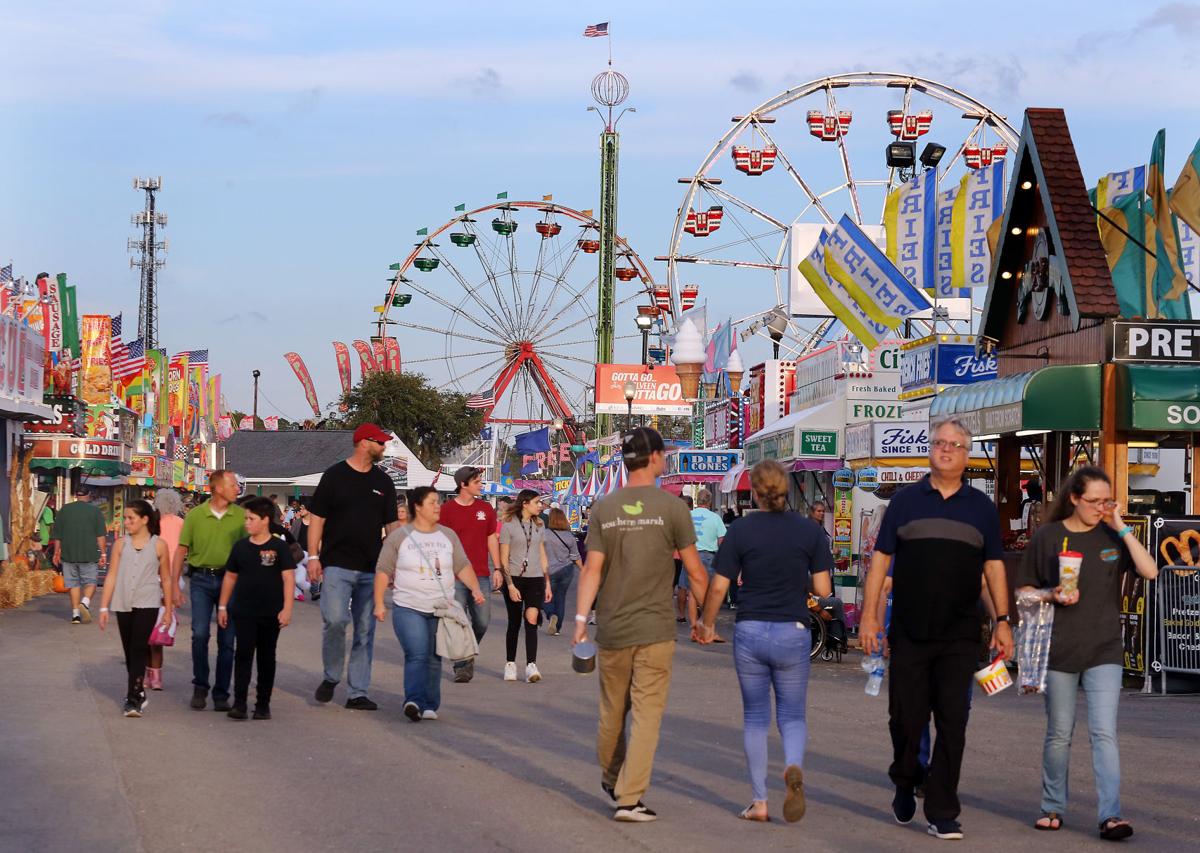 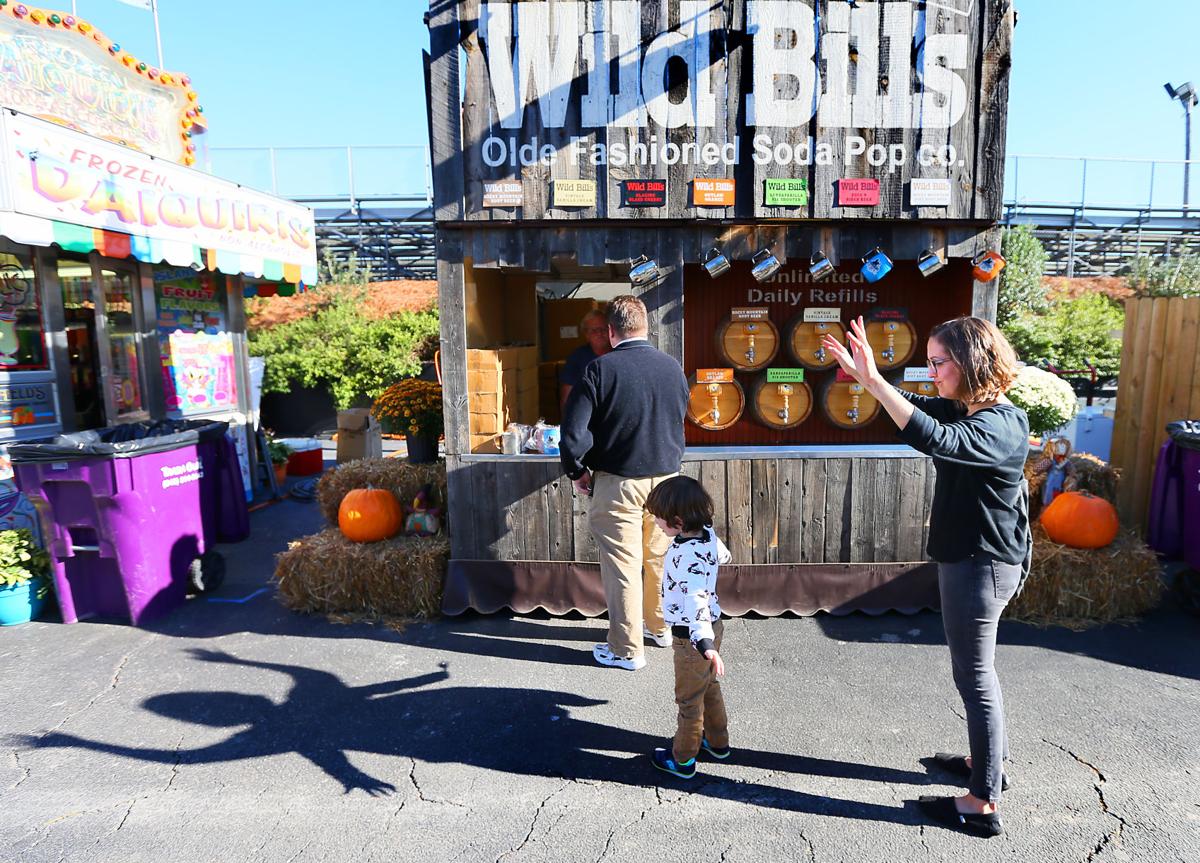 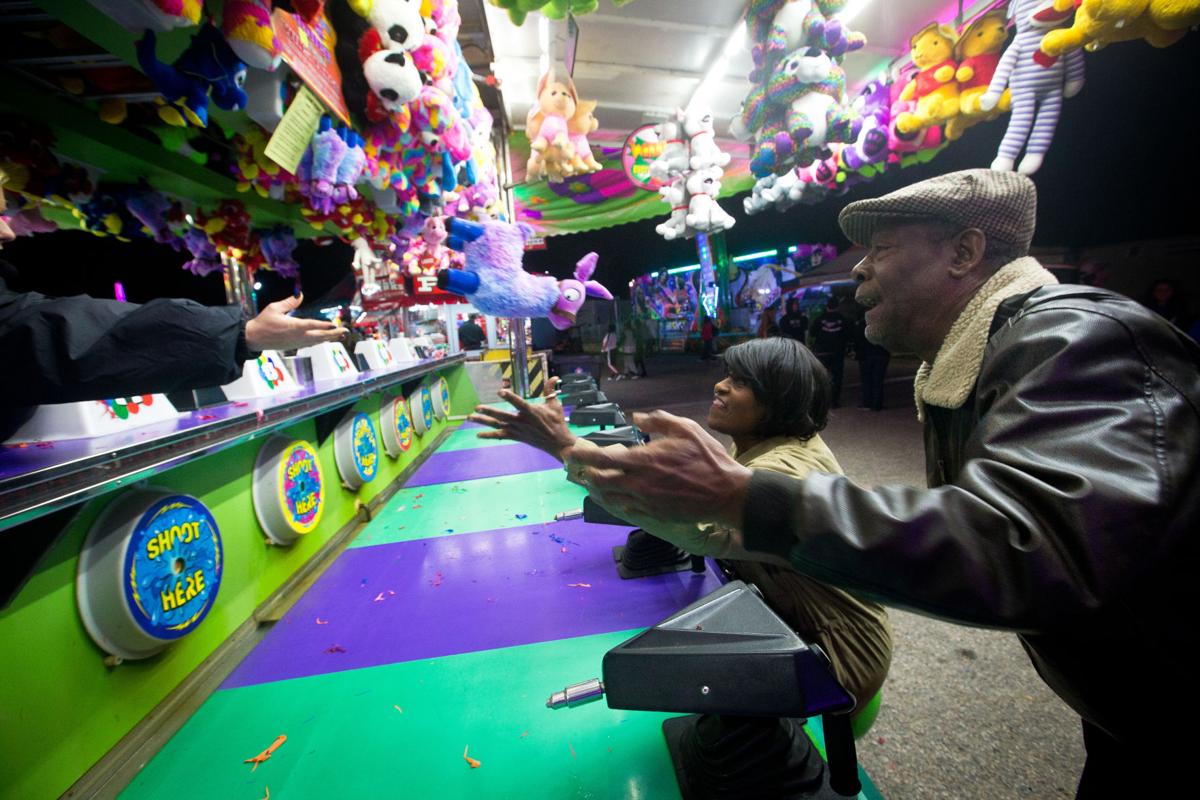 Nathaniel Greene reaches for a stuffed animal prize as Louise Ford had won in a water game during the Coastal Carolina Fair. Andrew J. Whitaker/Staff 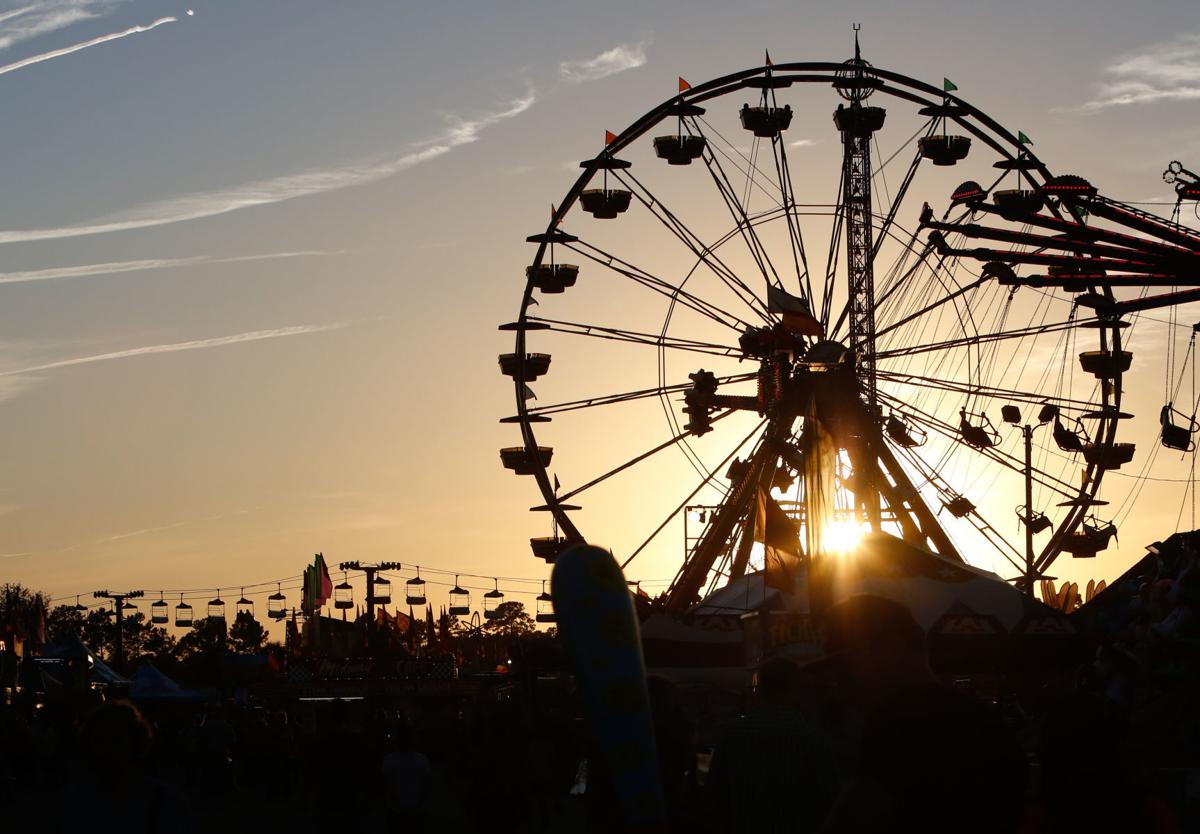 A sunset silhouettes the Ferris wheel at the Coastal Carolina Fair in Ladson. File/Staff

Nathaniel Greene reaches for a stuffed animal prize as Louise Ford had won in a water game during the Coastal Carolina Fair. Andrew J. Whitaker/Staff

A sunset silhouettes the Ferris wheel at the Coastal Carolina Fair in Ladson. File/Staff

Some people drink beer while watching football on Saturdays. Other people tend to their yards or gardens.

I combined the two last weekend by attending the new Beer Garden at the Coastal Carolina Fair. No, it's not really a place for planting daisies. It's a hangout for sipping craft beer in between Ferris wheel rides and balloon-popping sideshows while watching sports games on the TV and tossing some beanbags in a cornhole match.

The fair is a magical, almost mythical, event that pops up once a year in a flurry of flashing lights, whirling rides and carnival sideshows. Its energy is palpable on the thoroughfare, from blinking neon signs advertising pumpkin-flavored funnel cakes to the catapulting Flatline 360, a new attraction this year that swivels and swings thrill seekers in a pendulum-like sway until they complete a scream-inducing full circle.

Between the cotton candy and candy apples is a more adult treat the fair is offering for the first time since its local inception in 1957. This year, you can get the adult version of candy — booze — over at the Beer Garden, a patio pub equipped with picnic tables and regional craft beer.

Pairing alcohol and fair rides seems risky, with the chance of emptying one's stomach on the "Free Fall." (Last year, the ride was called the "Mega Drop," but as chairman of media and public relations Gary Leonard says, "We give the rides different names every couple of years and put more lights on them.")

But there are some restrictions to try to discourage drunken patrons from meandering onto the Midway, tipsily testing rides or hassling kids on the carousel.

First, beer sippers are only offered a limited variety of brews: typical low-gravity domestic options, along with fairly low-gravity craft selections. The highest ABV on the list was the Rusty Bull Juice Juice IPA at 6.7 percent. Most hovered around 5 percent, like the Commonhouse Aleworks Wise One Hefeweizen and the Island Coastal Lager, which is even below that at 4.5 percent.

Another thing: You can only drink three beers during your entire fair visit, and you pay $3 for a bracelet with tear-off tabs that you'll have to trade in for each brew (and then pay an additional $8 per beer).

Keeping with the safety regulations, beverage consumption is only allowed inside the Beer Garden, with cops on guard duty at all times and a booth of ID checkers managing the flow inside.

Right around happy hour on Saturday, the Beer Garden was bubbling, as wide-eyed fairgoers spotted the new, unusual attraction. Sports games were in full blast on the TVs, and tables were brimming with couples and families alike enjoying a golden pint on the patio.

Nobody seemed disorderly or disruptive, but almost all the tables were full as I purchased my own Catawba White Zombie, trading in a red ticket with the number "1" on it that I tore off my new, fun plastic wristband accessory.

The Beer Garden is planted at the start of "food row," as I'm dubbing it, which features swirling ice cream scoops, saloon-style soda machines and a slushie emporium with fluorescent-colored flavors, among about 60 or 70 other bedazzled food vendors. There's also a candy barn claiming it's the "world's largest candy store" with more than 50,000 pounds of confections inside.

There are some weird concoctions along this route you won't find at your average Charleston restaurant, including pickle pizza, elephant ears, steak sundaes and alligator bites. New this year, Leonard said, were the "Mac Attack," "Campfire Burger" and "Unicorn Donut."

A taste of the midway: A Coastal Carolina Fair food tour with chef Melanie Durant

My fair buddy and I tried the Campfire Burger and some classic fries, which we brought back into the Beer Garden to enjoy alongside a refreshing pint. That was one benefit I was particularly keen on: You can bring outside fair food inside, though the Garden also vends its own food.

We ate and sipped and watching some kids strapped into Velcro harnesses doing crazy flips on trampolines next door. I was hoping nobody chugged their three beers and then tried that one out ...

Since I didn't want to blow my three beer tickets at once or overstay my welcome among the limited table space, we decided to wander the fairgrounds a bit, testing out a few rides post-beer — with no concerning results.

We even went on a really spinny one called "Rock and Roll" that rushes forward in a circle and then flips you around and does the same thing backwards.

To my relief, the beer stayed in my stomach.

Around 9:45 p.m., just over an hour before the fair closes on Saturdays, we were back in the Beer Garden after the sun went down to see if the mood had changed. We were surprised to find bright lights on and the area almost cleared out, as if the Beer Garden had told its patrons, "Last call, the bar is closed."

Technically, it stays open until the fairgrounds close, which on Saturday was at 11 p.m. The few patrons present seemed calm and relaxed — nothing rowdy going on. A few friends were playing cornhole as the University of South Carolina football game unfolded on the screen above, and one guy was scarfing down a turkey leg. Some couples sipped and chatted at the tables closest to the heat lamps, which had been turned on to provide a little warmth, a luxurious touch after riding the ski lift through the chilly night air.

Some country music echoed in the distance. I ate deep-fried cookie dough and drank another IPA.

Tristin Ukmar, who with his mother invented pickle pizza, isn’t wild about dill pickles. “I pull the slices off,” he admits.