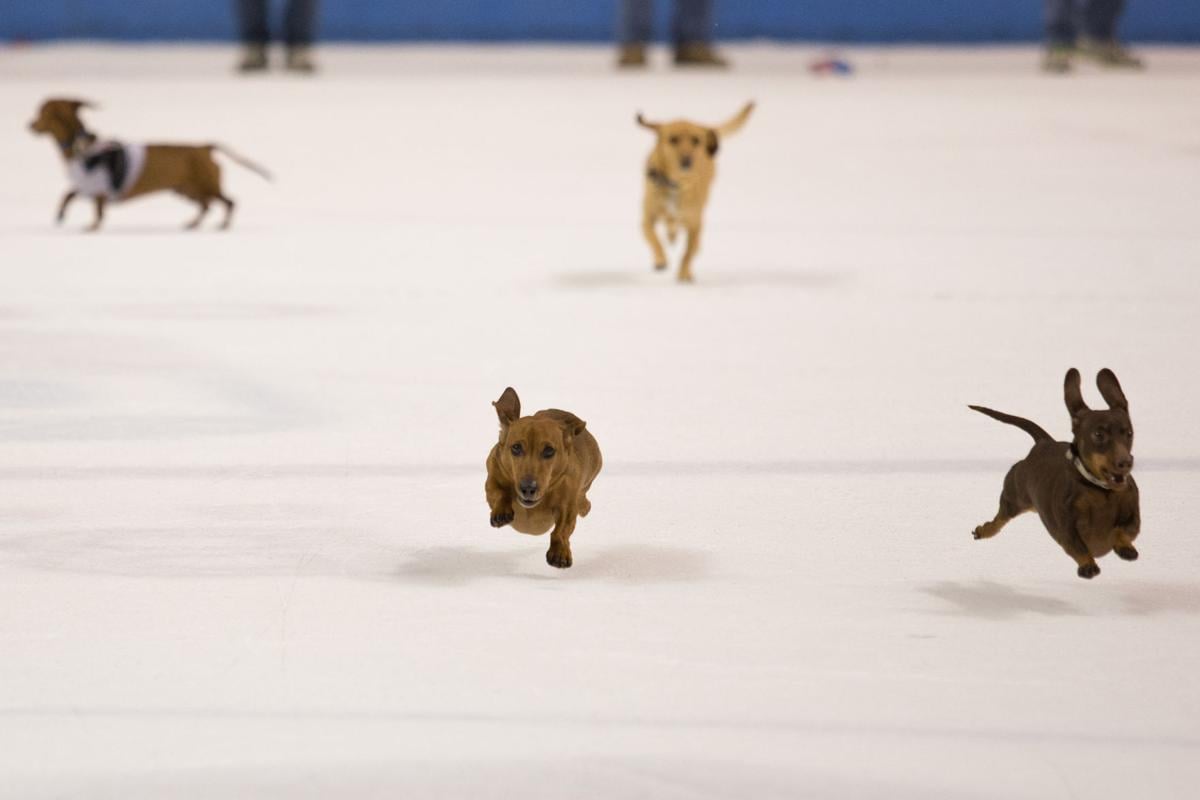 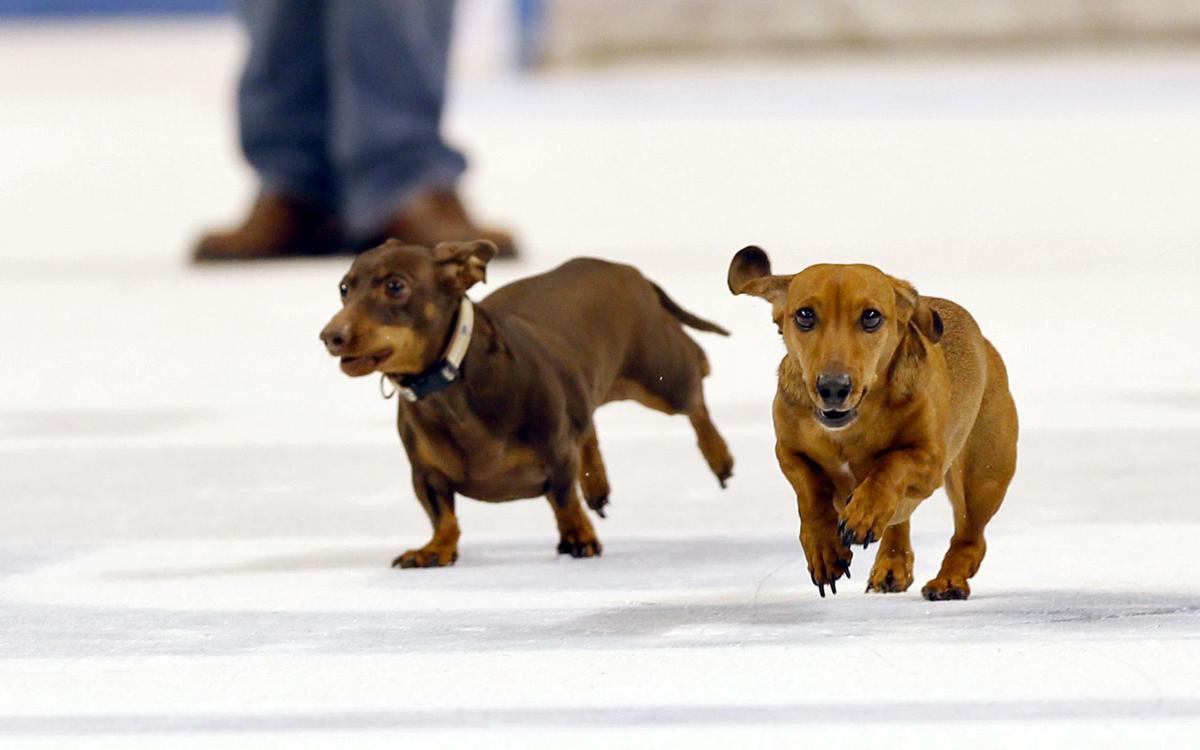 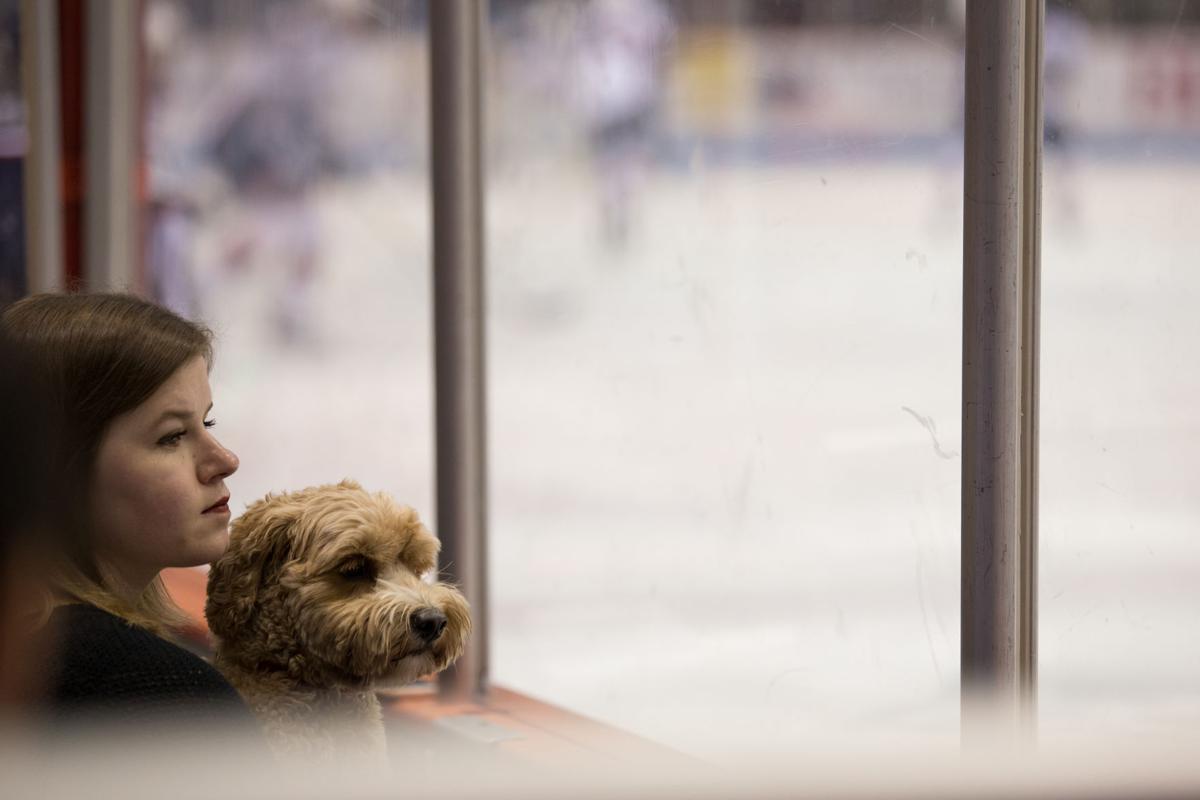 The S.C. Stingrays will host Pucks & Paws Night on Saturday. 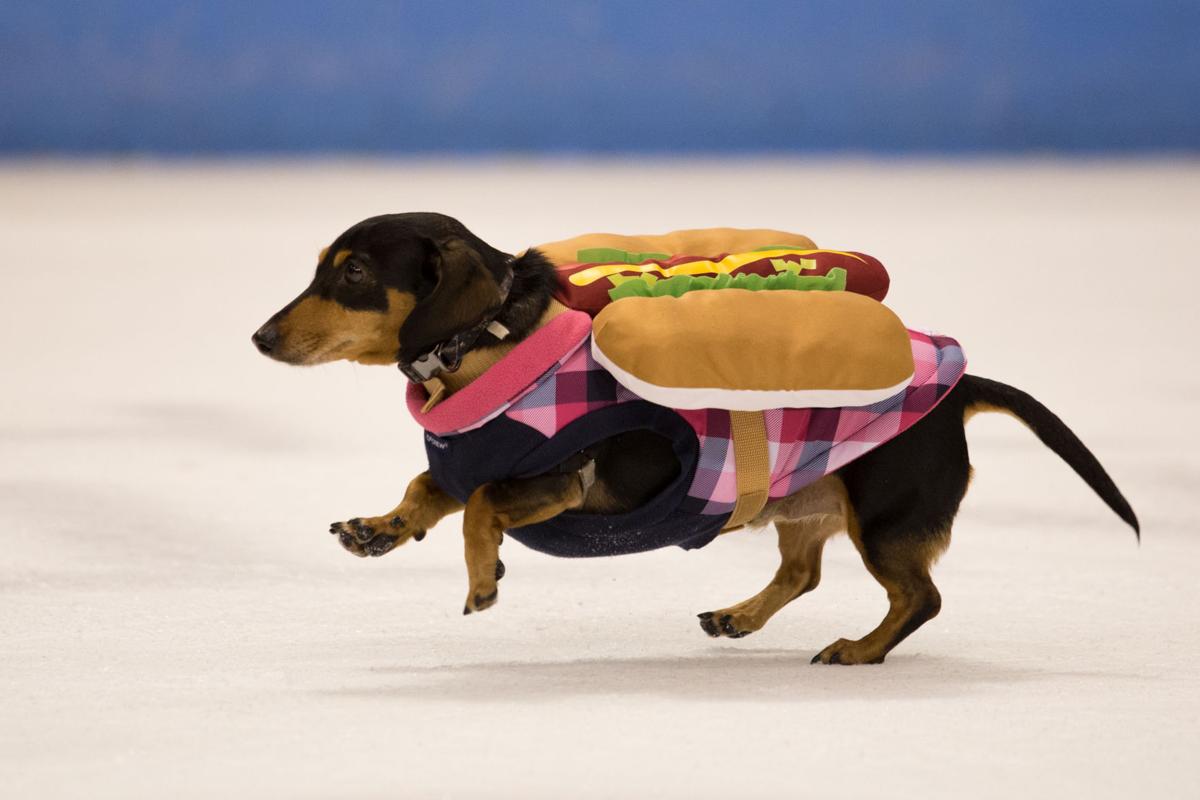 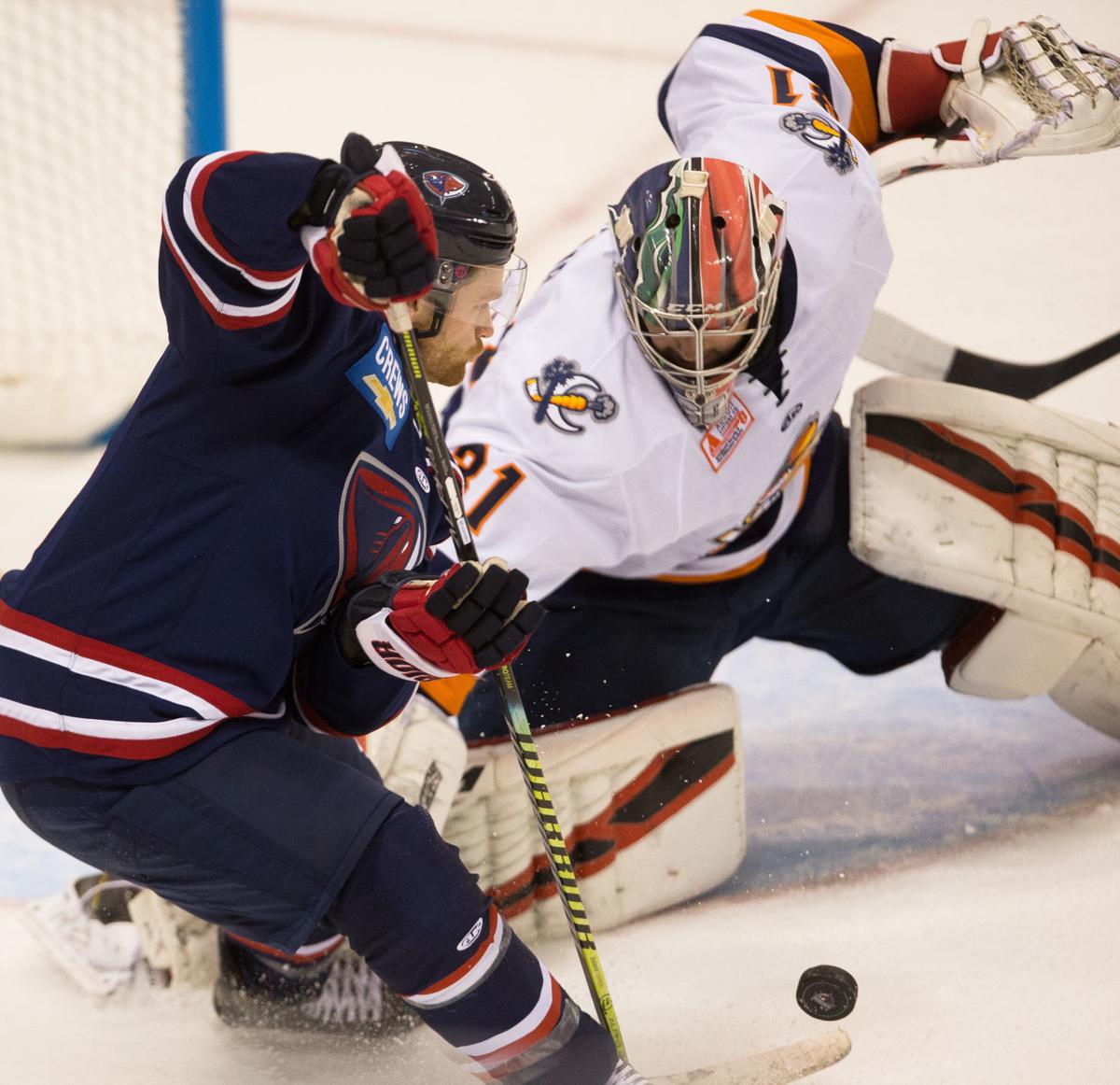 Stingrays forwards Cole Ully (pictured) and Dylan Steman will be guest bartenders at the Mellow Mushroom at Tanger on Thursday before their weekend home games. 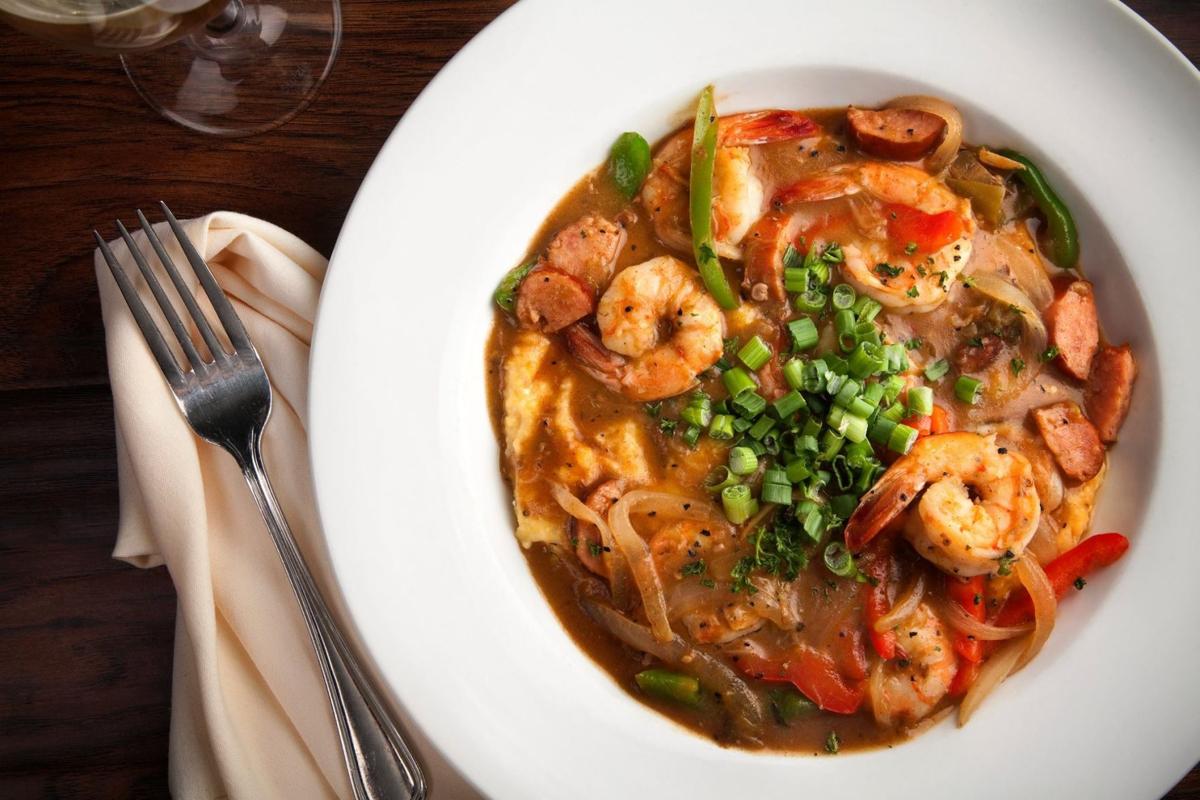 A specialty dish from Poogan's Porch, which is participating in Charleston Restaurant Week. 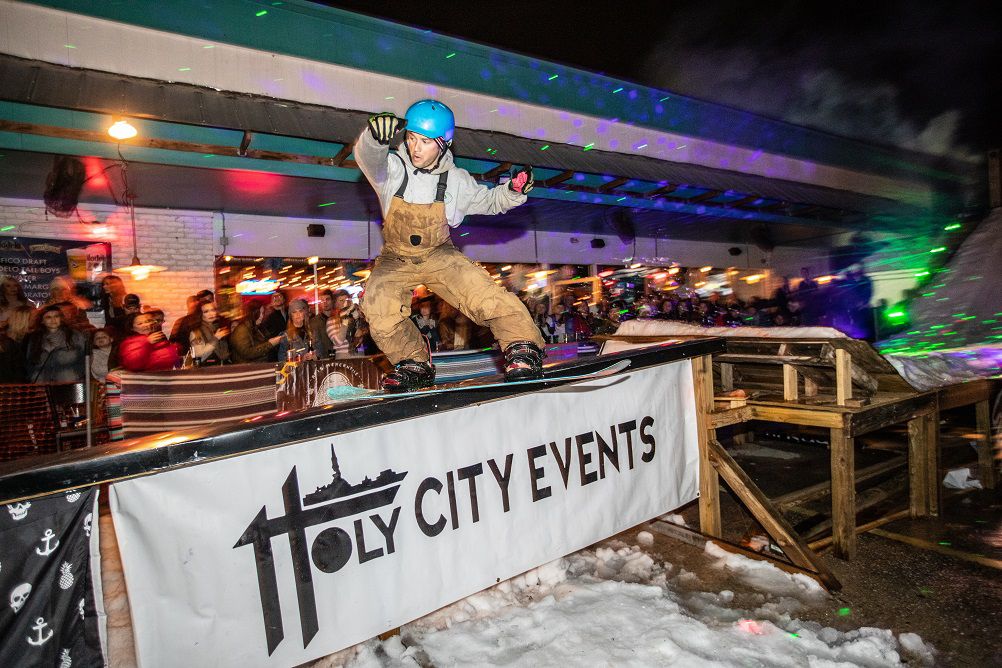 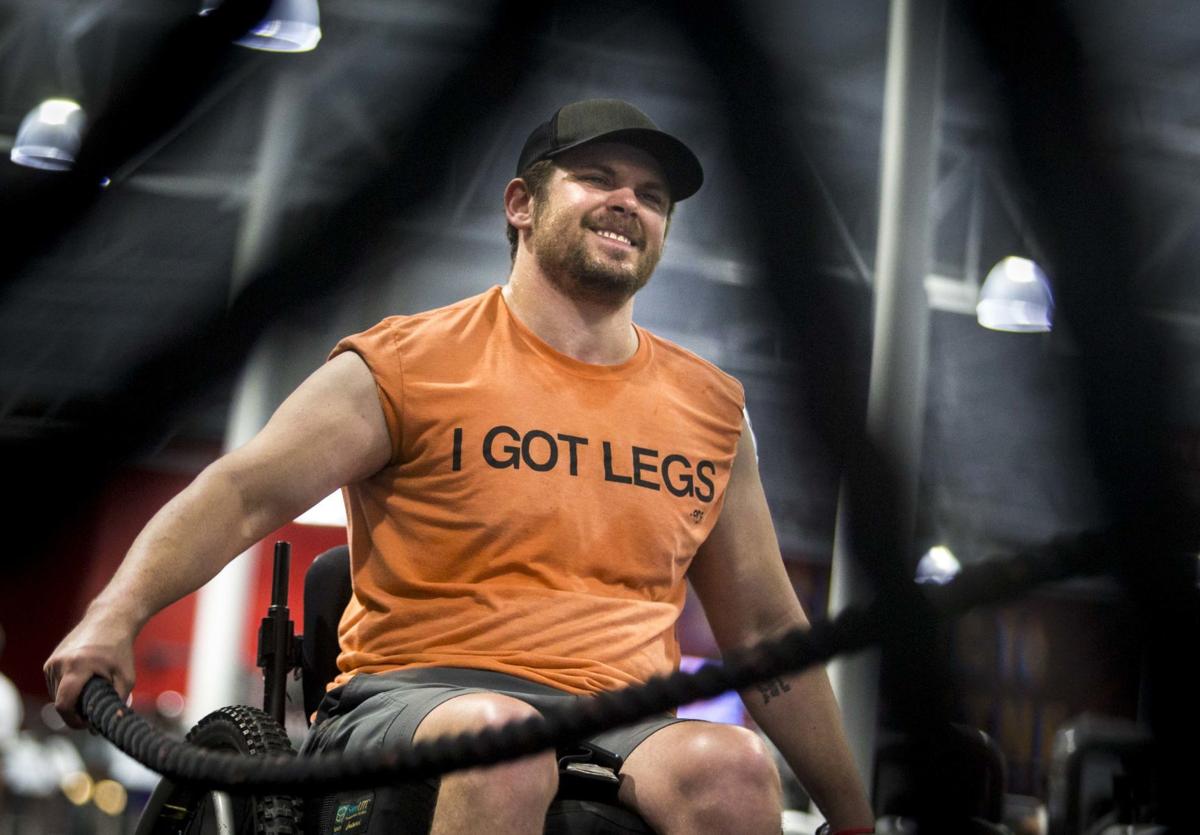 Adam Gorlitsky will attempt to break the 36-hour, 46-minute marathon world record for an Exoskelton athlete when he competes in the Charleston Marathon this weekend. Andrew Whitaker/Staff 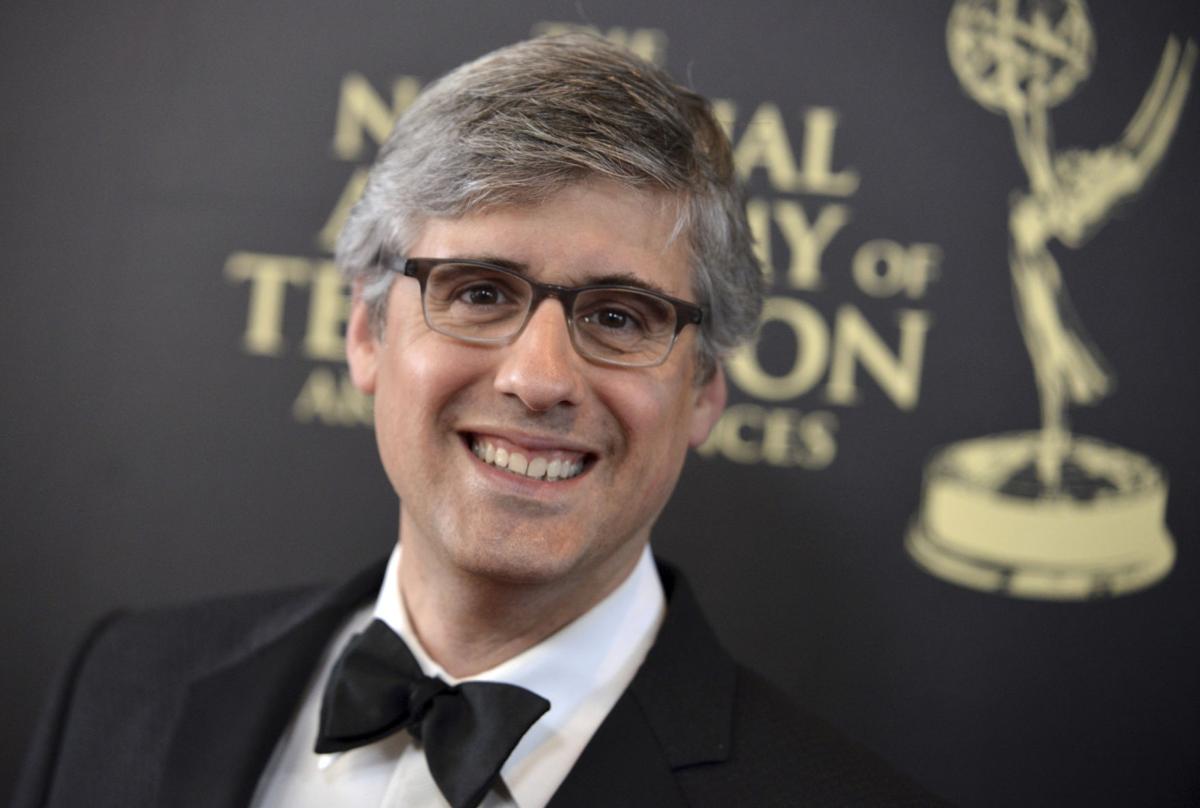 Humorist Mo Rocca will discuss his book, "Mobituaries: Great Lives Worth Reliving," at the Charleston Library Society on Wednesday.

The S.C. Stingrays will host Pucks & Paws Night on Saturday.

The S.C. Stingrays return to the North Charleston Coliseum for a couple of home games this weekend, but there’s a little more on deck than some passing of the puck.

Friday, against the Brampton Beast (Canada!), is Pride Night and players will tape their sticks for warmups with rainbow hockey tape. Rainbow-colored hockey pucks will be available for purchase. A portion of the Pride Puck proceeds will benefit Charleston Pride, which promotes the visibility of the local LGBTQ community with education, advocacy, celebration and honor of its diversity.

The evening’s initiative is in keeping with the NHL’s “Hockey Is for Everyone” campaign to drive positive social change and foster more inclusive communities for players, coaches, families and fans, regardless of race, color, religion, national origin, gender identity or expression, disability, sexual orientation and socio-economic status.

Saturday, against the Florida Everblades, is Pucks & Paws Night and fans can bring their (leashed) furry friends to the game, as well as purchase a Stingrays dog bandana to keep Fido in the competitive spirit. The Charleston Animal Society will host dog adoptions along the concourse, but even better ... a wiener dog race! All breeds of dogs can compete in a race, but dachshunds will indeed have their own separate competition. And as it should be. I’m not saying you have to dress your sausage dog up as a hot dog, but I’m sure it would be encouraged and appreciated.

As a little side note, Stingrays forwards Dylan Steman and Cole Ully will offer up assists as guest bartenders at the Mellow Mushroom at Tanger on Thursday. Fans in attendance will receive 50 percent off an appetizer with the purchase of an entrée.

If your New Year’s resolutions have anything to do with food, particularly anything along the lines of eating it, you may want to start later in the month. The next installment of Charleston Restaurant Week is here, which means some fine and fancy fare will be on the menu at a discounted price.

The format is set up as prix fixe lunch and dinner menus from participating restaurants, so you can pick from a list of dishes for a pre-set price, such as three courses for $25 or $35, two courses for $15, $40 per person, two people for $30, that kind of thing. The price varies per restaurant, but a deal is still a deal.

The website lists more than 75 participating eateries from all over the tri-county area, with options ranging from Southern/Lowcountry specialties, steak and seafood houses, the classic and contemporary American genre, as well as international delights from Thai, Israeli, German, French, Mexican, Italian, Japanese and Asian fusion restaurants.

The weather forecast for Saturday is a mild 70-something-ish degrees, but there’s a little Coastal Cantina in West Ashley with a plan to pack 20,000 pounds of snow in front of the building for the annual Mex 1 Rail Jam Snowboard Shredfest. This family-friendly seventh anniversary party will feature regional and national amateur snowboarders catching air and flippin’ some tricks on a 20-foot rail jump. This bash will include $3 Mexican drafts and $5 margaritas, as well as live music from Strawberry Squad, a DJ/musician collective.

Beer Mile: I Got Legs

If you’re gonna go in, you may as well go all in, right? That’s Adam Gorlitsky in a nutshell. Gorlitsky, founder and CEO of I Got Legs, a nonprofit dedicated to “ReEnabling” athletes with physical challenges “one step at a time,” will head into this weekend’s Charleston Marathon attempting to break the Guinness World record for exoskeleton marathon walking (36 hours, 46 minutes). He’s named his ReWalk robotic exoskeleton The Betty Carlton — “Betty” for his late grandmother and “Carlton” for that snazzy dancer on “The Fresh Prince of Bel Air.” The exoskeleton assists with hip and knee movement. Gorlitsky has completed the Cooper River Bridge Run and Portland Half-Marathon in it, as well as nearly 50 other races. Gorlitsky, a graduate of Wando High School and the University of South Carolina, was paralyzed from the waist down in a car accident 14 years ago.

On Sunday, Gorlitsky will host the third annual Betty Carlton Beer Mile at Joe Riley Stadium, in celebration of him walking the entire length of the marathon in his exoskeleton. This I Got Legs fundraiser will feature four laps and four beers. Folks can register as a solo beer-miler or in two- or four-person relay teams. Or you can be a spectator — those are welcome too. There will be a DJ, a kids’ zone and the RiverDogs will have some beverages available for purchase.

Humorist Mo Rocca, previously on “The Daily Show” with Jon Stewart and currently a correspondent on “CBS Sunday Morning” and a frequent panelist on NPR’s quiz show “Wait, Wait, Don’t Tell Me,” will spend Wednesday evening at the Charleston Library Society. Rocca will discuss his book, “Mobituaries: Great Lives Worth Reliving,” an extension of his podcast that “celebrates the dead people who have long fascinated him.” He’s written about German-American actress Marlene Dietrich, who apparently risked her life to help defeat the Nazis, and has devoted space to notable people who died on the same day. He even pays homage to dead sports teams, the station wagon and dragons. Gotta love it.