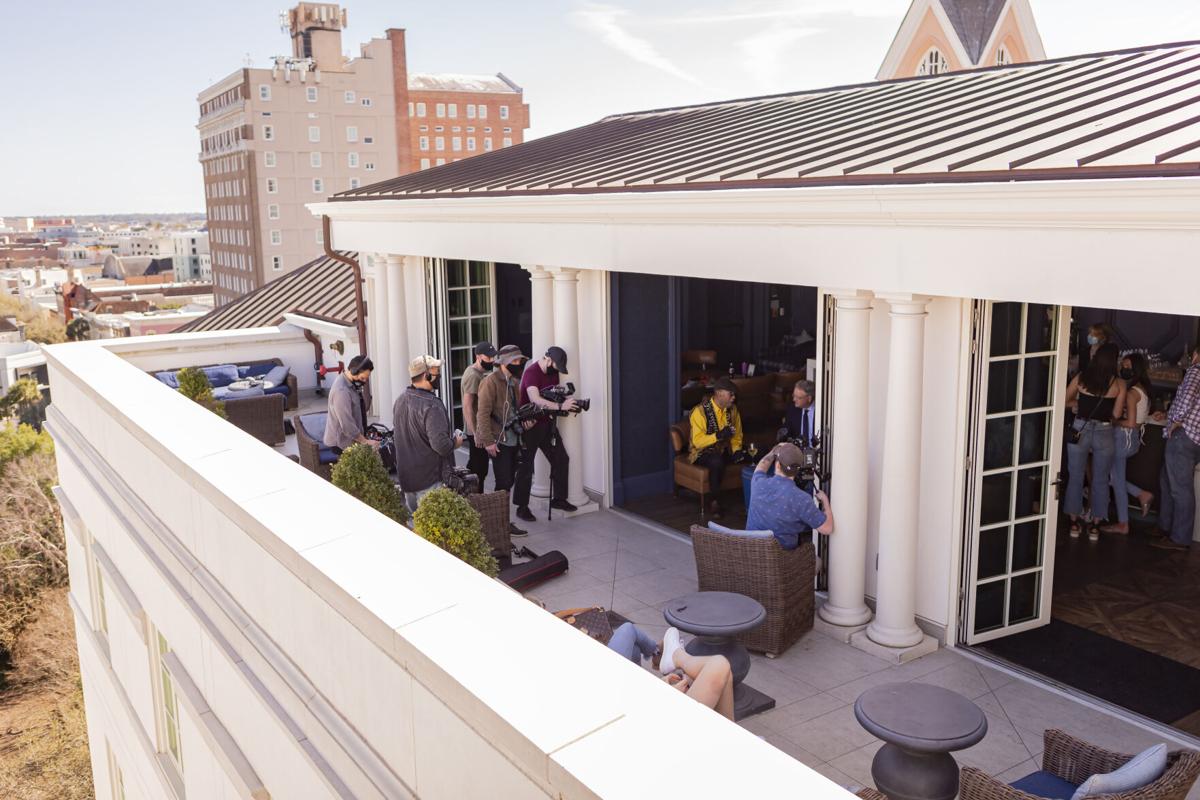 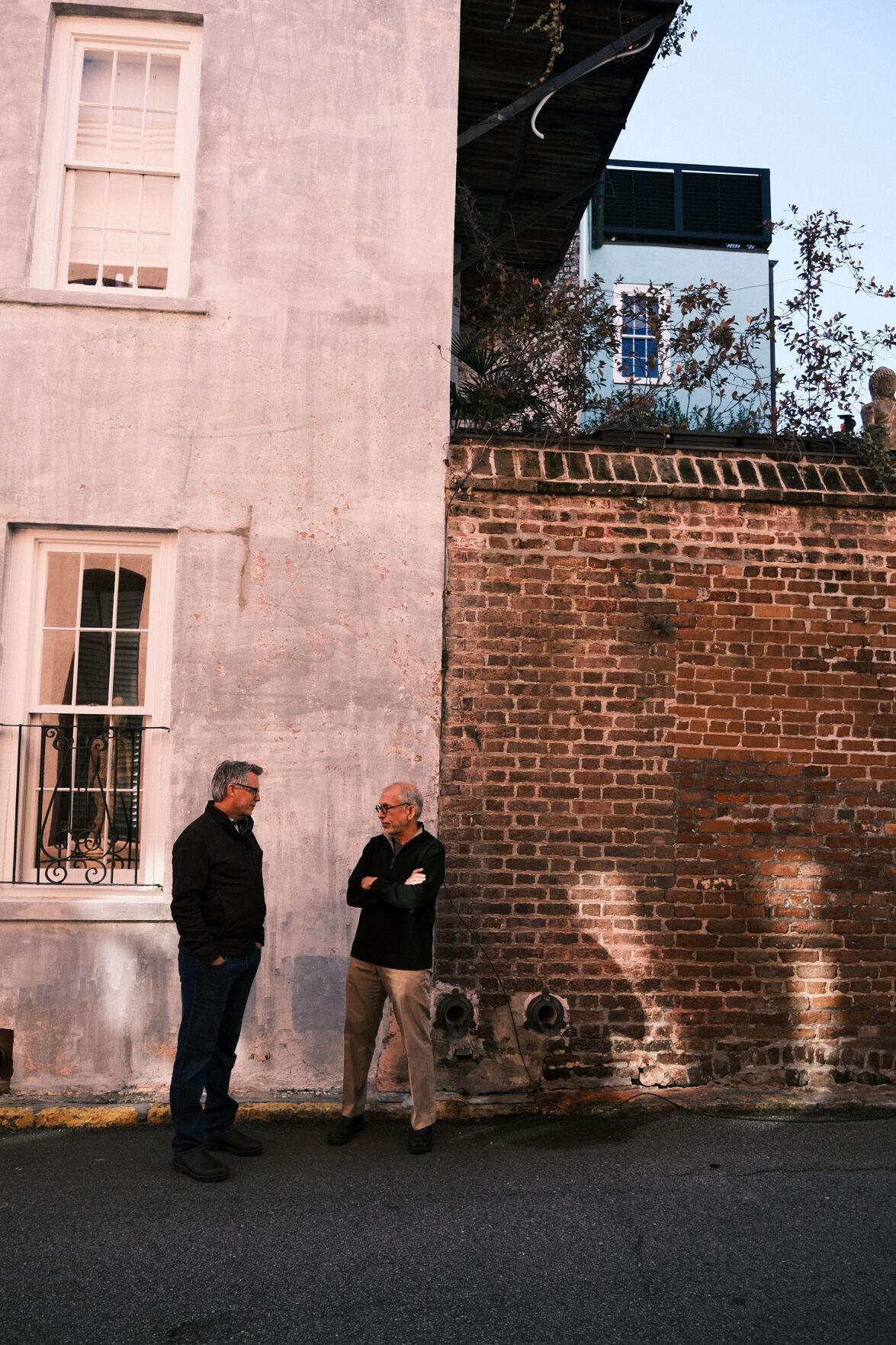 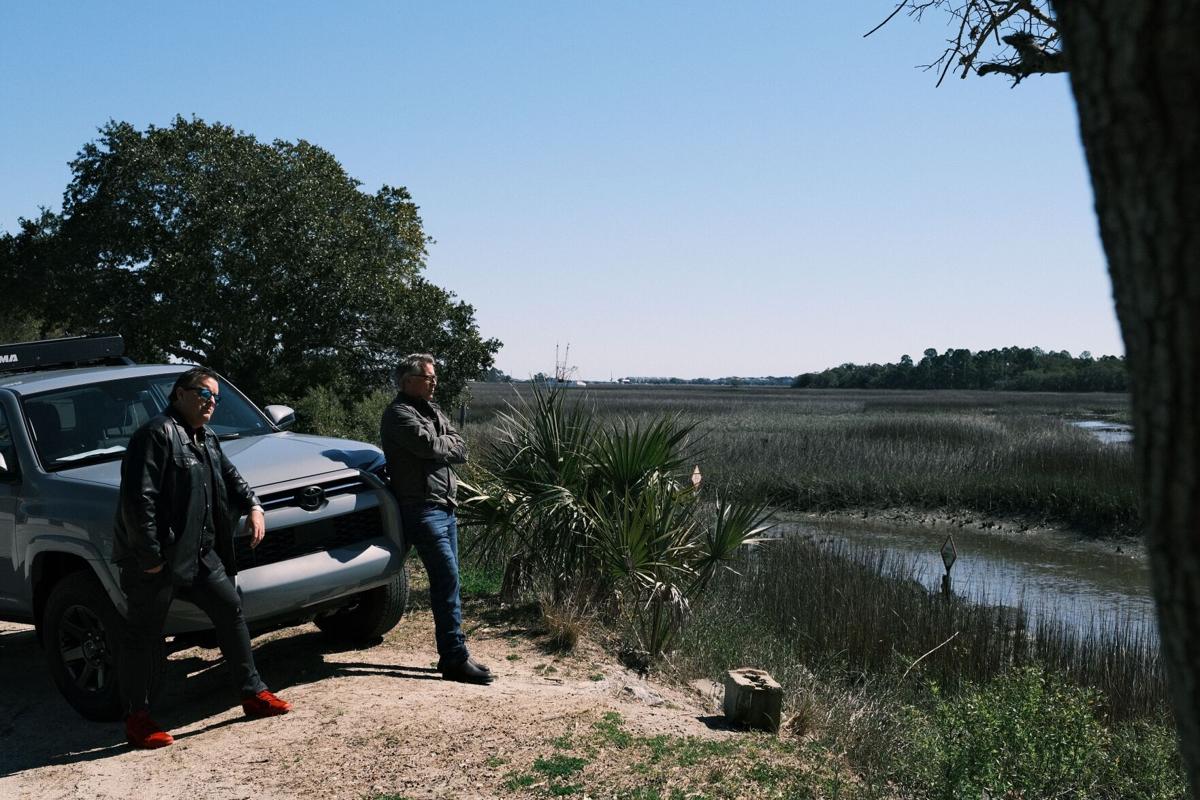 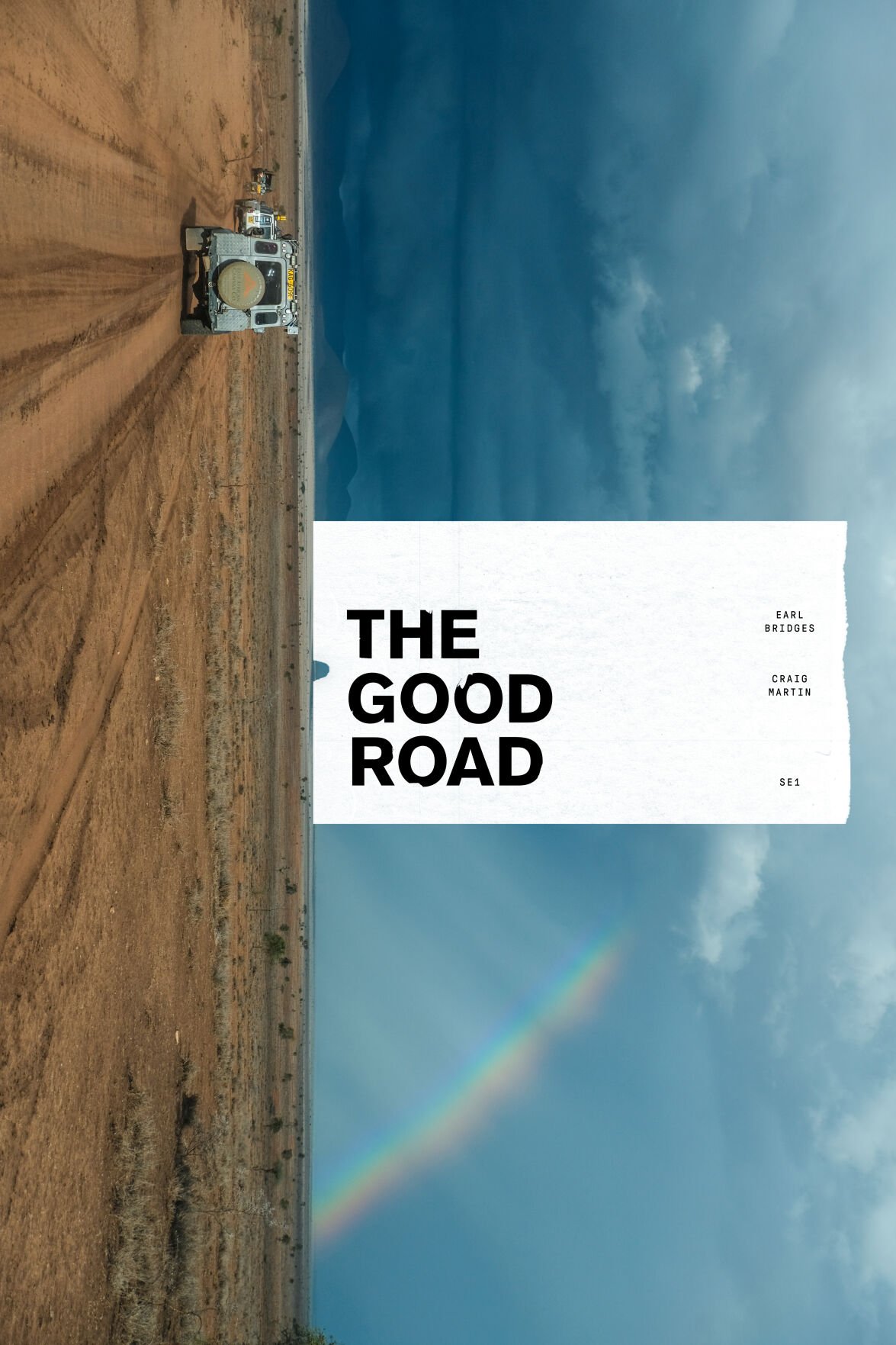 "The Good Road" is a PBS docuseries. Provided 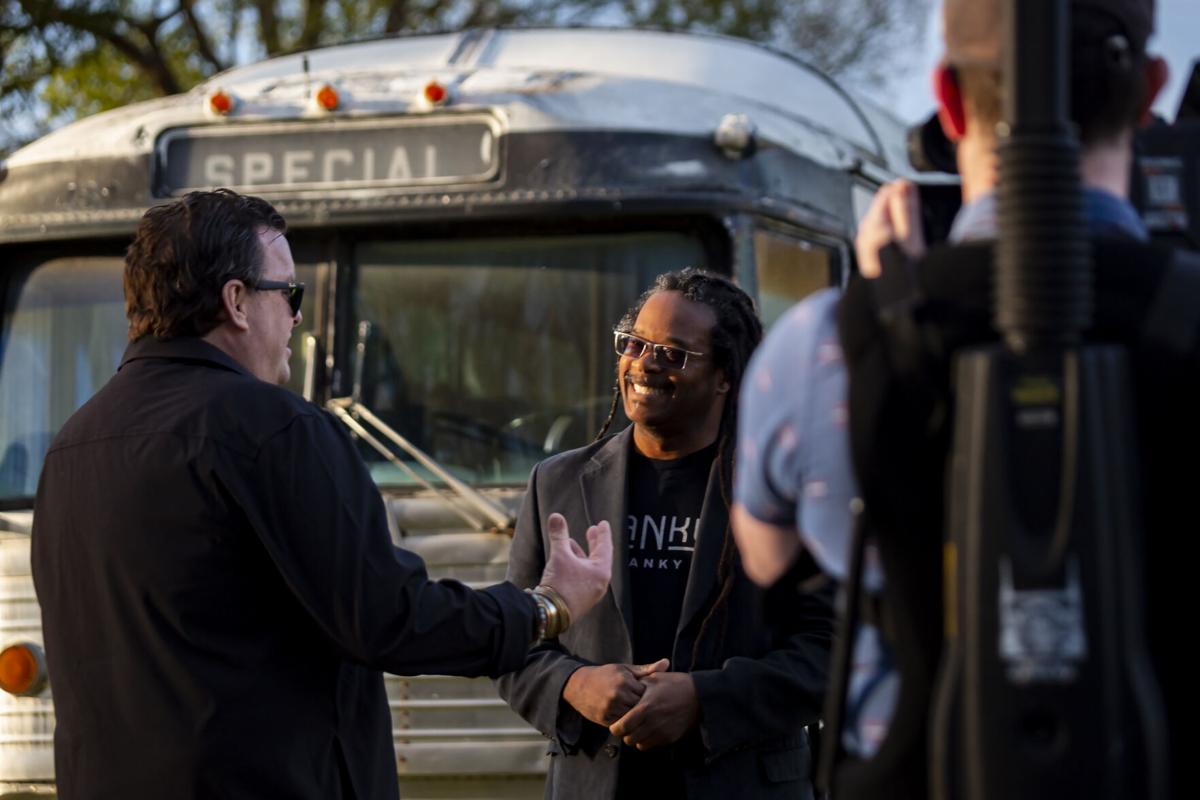 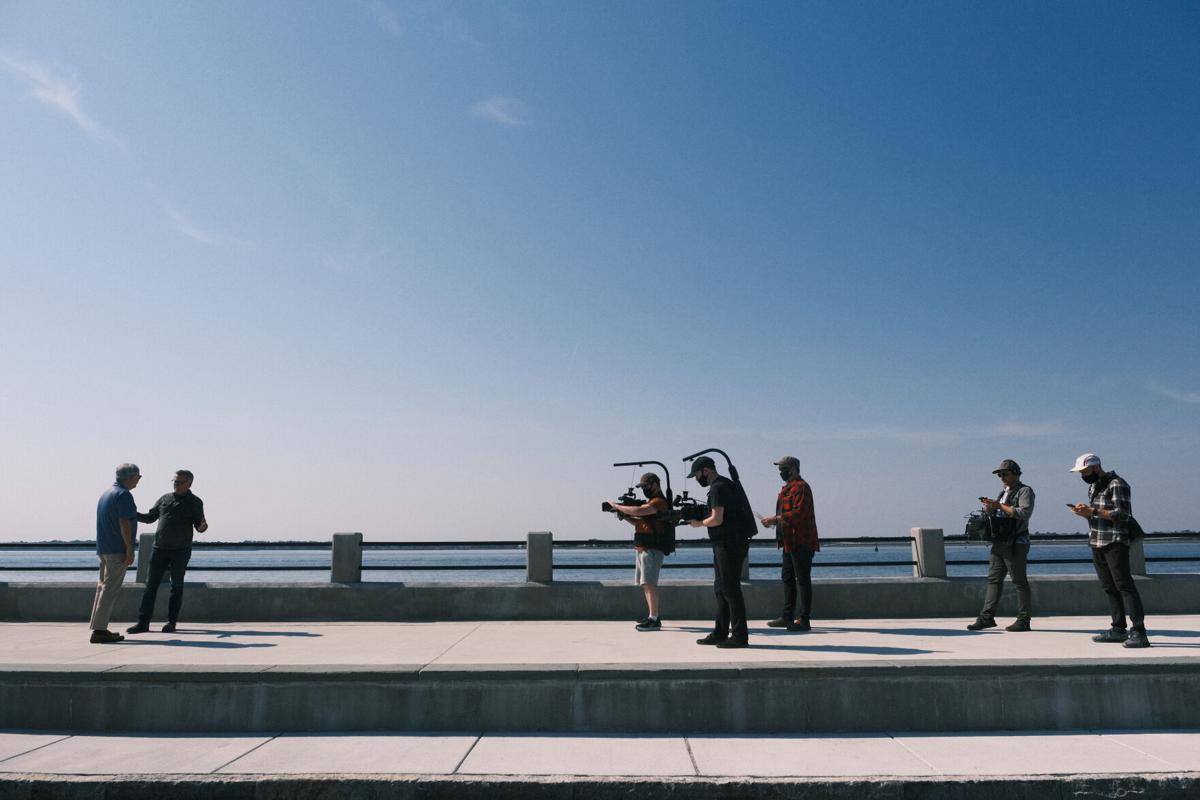 "The Good Road" crew films at The Battery. Andy Duensing/Provided 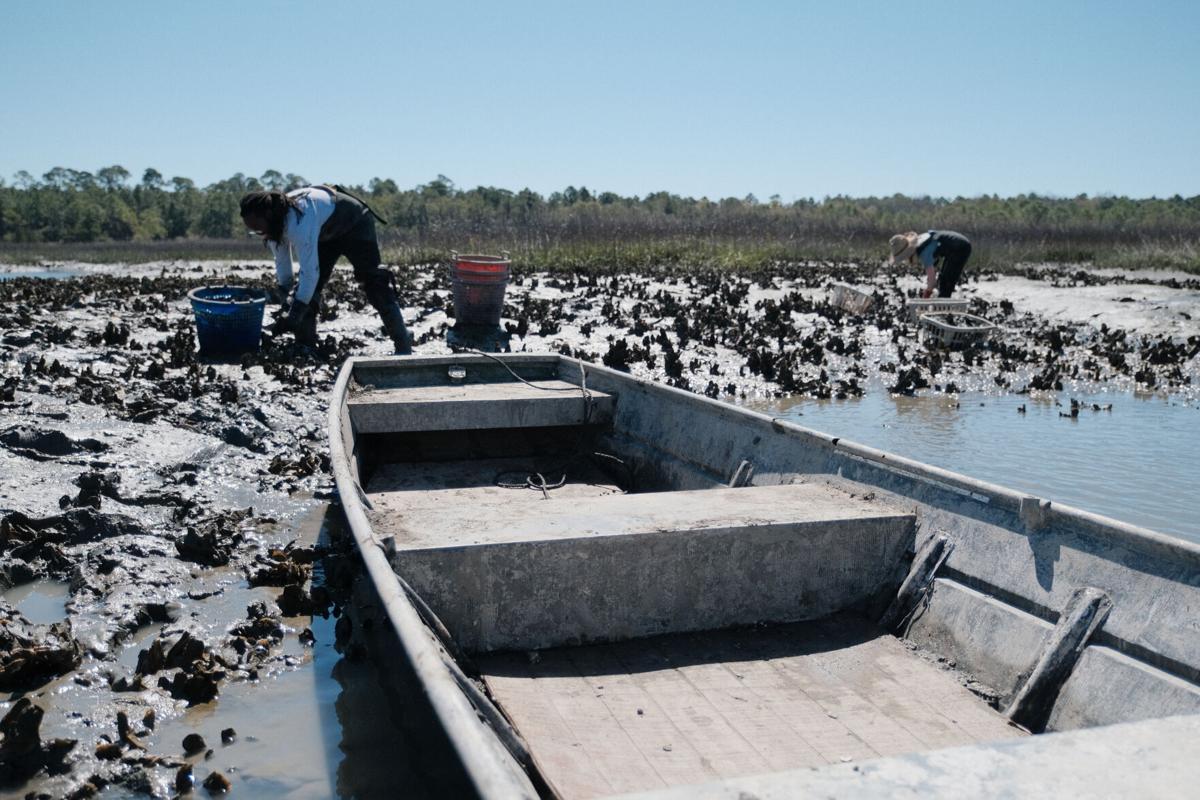 Terrell Brown oyster picks at Mosquito Beach during a scene in "The Good Road." Andy Duensing/Provided

"The Good Road" crew films at The Battery. Andy Duensing/Provided

On March 10, a Nashville, Tenn.-based film crew checked in at downtown Charleston's Hotel Bennett overlooking Marion Square and the city beyond with its rich but riddled history and lingering cultural legacies.

If they had visited at the same time last year, the John C. Calhoun monument would have greeted them on its pedestal less than a block away.

A lot has changed in a year, and a lot remains the same. That is precisely what the camera-cradling visitors were seeking to delve into during their stay.

In two episodes of the second season of PBS docuseries "The Good Road," producers and hosts Earl Bridges and Craig Martin hope to unravel some of the Lowcountry's complexities through interviews with the area's culturally savvy and philanthropy-minded community members.

For their ongoing travel series, Bridges and Martin take a look at the messy business and universal power of global charity, focusing on the ordinary people who seek to make an extraordinary difference in the world and how their cities play a meaningful role in a global effort.

"We're scouring the nooks and crannies of the planet looking for the unlikely heroes and everyday renegades," Martin said. "These are the people on the front lines of change, across the globe and just down the street."

Bridges is a resident of Charleston, one reason he decided to bring the show here after the first season of the series was spent almost entirely abroad.

To kick off those first eight episodes, Bridges and Martin returned to their roots in Bangkok — where they grew up together as children of missionaries — and dove into the topic of prison reform.

The duo also traveled to Chyulu Hills, Kenya, to discuss anti-poaching; Mbale, Uganda, to examine maternal health; and Yangon, Myanmar, to talk with a punk rock band conducting food programs for the area's homeless population. Zanzibar Archipelago, Tanzania, and Alabama Village, Ala., also made the list.

"You get to know the places by the people who are putting their backs and hearts into the work that they do," Bridges said.

Drawing comparisons to Anthony Bourdain's "Parts Unknown," "The Good Road" premiered in April 2020 and is set to launch its second season on PBS in August.

The show's expenses aren't funded by the network, so Bridges invested the $1 million he received from selling his software company, YourCause, into his passion project. The series now has Toyota as a sponsor, hence the crew's new turquoise 4Runner loaded with camera gear.

So far, Season 2 of "The Good Road" has filmed in Richmond, Va., and Charleston.

The Charleston episodes will focus on the area's Jewish ties, Gullah-Geechee influence and LGBTQ history.

"Underneath this beautiful veneer of our genteel city, there are many complexities that are simply not discussed," Bridges said. "We took some time to celebrate and show off the beauty of the Lowcountry while acknowledging that there is still a lot that needs to be addressed."

Just two days into filming, when The Post and Courier caught up with him, Bridges was already in the throes of learning the depth and breadth of cultural influences that coalesce in the place he's called home since 1999.

"All of it will give you this sense of Charleston that isn't necessarily that really pretty rainbow palette that we put on top of it," Bridges said. "You scratch the surface under there and you realize there's a lot of nuance. Charleston is de facto a historical city, but it's messy."

Among the messiness the docuseries will highlight is the gentrification in downtown's East Side community, stories of the enslaved women who once were forced to work at the same plantations where people now get married and Mosquito Beach's segregated history.

"We could've talked to Darius (Rucker) and some other folks, but once you get a little too big then all of a sudden it feels like it's agenda-driven," Bridges said. "It's not the top 10 places to get shrimp and grits. It's not 'here's five dive bars.' We're not a guide. We're storytellers. And we always say we want to talk to Batman, not Superman."

At Mosquito Beach on a Friday afternoon, the Palmer brothers and third generation oyster harvester Terrell Brown squelched in the pluff mud to uncover shells for future shucking, a drone buzzing in the blue sky above and video cameras peeking above the marsh grass beside.

"That's more than a lifetime of experience right here," Brown said, motioning to his mentors, the Palmer brothers, who have been oyster picking for more than half a century.

Brown was all smiles when the crew decided to donate their loaner pair of clamming boots to him — that was after he did a handstand to dump the bucket-load of saltwater out of them. Part of the gig, he insisted.

Former North Charleston firefighter and avid fisherman Bruce Cromwell was casting his line from shore as the camera crew encroached on the marsh. He was excited others were getting a glimpse of the landscape and lifestyle he's known since he was 5 years old and tasked with cleaning fish on Sunday afternoons at his grandparents' house just down the road.

"There's a lot to be told about Mosquito Beach," Cromwell said. "When I was coming up, as a Black person, I wasn't able to go on Folly Beach. You couldn't go just hang, you had to be working. We used to ride buses up to Myrtle Beach, but a lot of folks came here."

Across the street, a few beach bars and clubs wait for busy summer weekends, when mostly Black people from the neighborhood still gather to enjoy some fresh seafood and the nice weather.

You wouldn't typically see a glasses-wearing White guy like Bridges at Mosquito Beach, Cromwell laughed. But the story he and the crew were sharing, of his friends the Palmer brothers and so many other Gullah-Geechee community members, was one Cromwell welcomed.

"It's two White guys traveling the global South, so there's instantly this question of whether this is a White savior complex," said Bridges. "The reality of it is we just let people tell their stories."

The second season of "The Good Road" premieres on PBS on Aug. 1.