Daniel Kaluuya stars as Slim and Jodie Turner-Smith as Queen in a scene from the film "Queen & Slim." 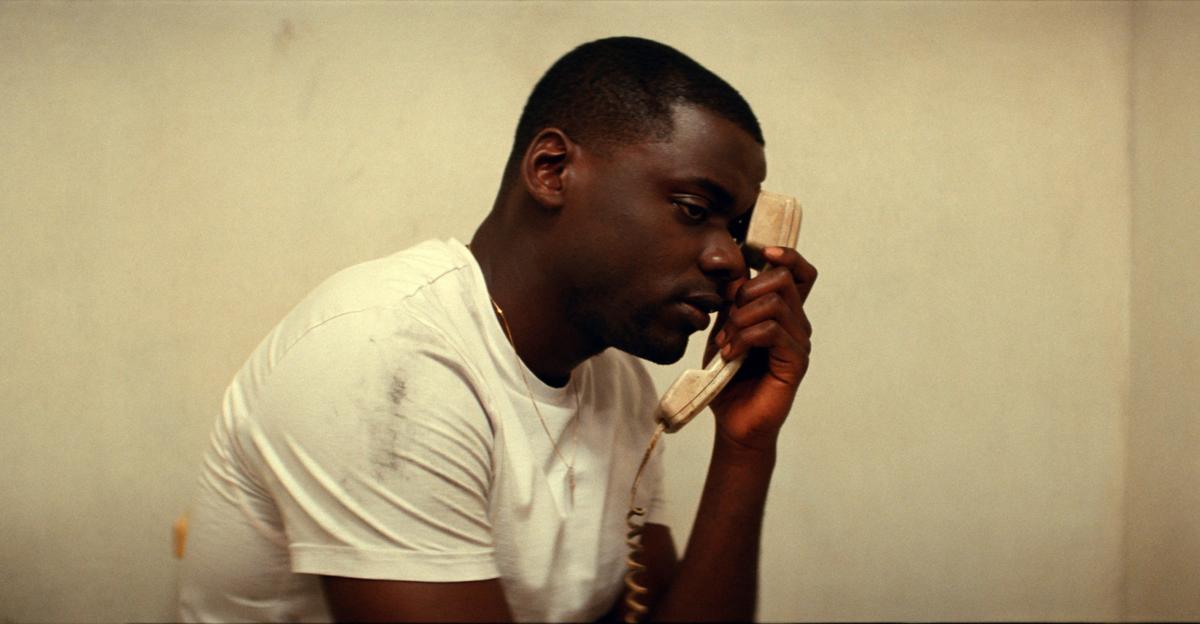 Daniel Kaluuya stars as Slim in a scene from the film "Queen & Slim," directed by Melina Matsoukas.

Bokeem Woodbine and Indya Moore in a scene from the film "Queen & Slim."

Daniel Kaluuya and Jodie Turner-Smith in a scene from the film "Queen & Slim."

The remarkable "Queen & Slim" is a romance and a road movie, a film about outlaws on the run, two journeys of self-discovery and a nuanced social commentary. It's not perfect but it's close: an urgent, beautiful and socially conscious trip through the American racial psyche in 2019.

"Queen & Slim" is the feature-film directorial debut from Melina Matsoukas, who has directed episodes of HBO's "Insecure" and helmed Beyonce's Grammy-winning video "Formation." The script is from Emmy-winner Lena Waithe (Netflix's "Master of None") with, bizarrely, an assist from disgraced "A Million Little Pieces" author James Frey, and a nod to "Thelma & Louise."

The film starts in a Cleveland diner with a mismatched pair who have connected online. She's a stiff lawyer in a turtleneck; he's a peaceful retail worker in Carhartt. She picked him because his profile picture looked sad. ("I felt sorry for you," she says.) This date is going nowhere.

Driving her home — we don't learn their real names until the very end — Slim is pulled over for failing to execute a turn signal. The white police officer's aggressive style cycles out of control and ends with the cop shot, Queen injured and three lives forever altered. The couple can't wait around to explain they acted in self-defense: They're both young and black and a white cop is dying. They have to go. Now.

The script has Queen and Slim travel from Ohio through Kentucky, Tennessee, Louisiana, Alabama, Georgia and Florida, encountering different people along the way. The film starts in snowy darkness and ends in warm sunshine. The characters shed their old identities — clothes and hair as well — for new ones, growing more human and empathetic each mile that rolls past.

Daniel Kaluuya of "Get Out" fame takes Slim from a sad-sack who obeys the rules to a man deeply in love and ready to fight for it. Jodie Turner-Smith, in her first feature film lead, makes an astonishing debut, stiff and understated when we meet her and evolving into a vulnerable warrior in a leopard minidress. Both are haunted, anxious and guilty. They end the film undaunted.

Intriguingly, the couple travel without access to Twitter or Facebook or Instagram. Queen has advised the pair to toss their phones in case authorities are tracking them, leaving them in a social media blackout. (The couple who met on Tinder are now cut off from the world.) We know they are being pursued from screaming newspaper headlines and TV snippets of viral video but Queen and Slim are really left in their own bubble, usually the confines of a car, with the radio playing.

What makes "Queen & Slim" more than just a road movie is the subtle and yet devastating way in which these would-be lovers are seen by those they come across. A black man in a parking lot holds up the Black Power fist while a white woman in genteel Savannah, Georgia, wants to turn them over to the cops. A white gas station clerk hopes to hold Slim's Glock, while a young black boy is so moved by their actions that he provokes a fight with police.

Queen and Slim are just scared and falling in love. They don't see themselves as revolutionaries or cowards or symbols. Yet their very presence frays marriages, strains the blue bonds between police, fractures the notion of black solidarity, and tests a father and son.

There are lovely small roles by Indya Moore and Bokeem Woodbine. Sturgill Simpson plays the officer who starts the manhunt off, and Chloe Sevigny and the Red Hot Chili Peppers' Flea are the bickering Georgia couple. The look of the film is arresting in its focus on lived-in decay and seedy, weedy poverty and the filmmakers, intriguingly, have given the actors dialogue never spoken out loud but communicated almost telepathically.

Matsoukas handles comedy and drama expertly, and she directs a pivotal dance sequence with slinky care — it signals the relationship between Slim and Queen moving into lustful territory — but stumbles slightly juxtaposing the couple's intimate love scene with a clunky violent street demonstration.

Overwise, she keeps the tension going wonderfully, with music and fake-outs and frightened glances. "Queen & Slim" is a powerful look at places and issues not often explored in movies, and it's unusual for being a big studio film starring two people of color created by people of color. There is much talk in the film about legacy, what we leave behind, but everyone involved in this film should be proud of what they've offered the world.

It's been a good time for World War I buffs,” especially if they're also movie buffs. A year ago director Peter Jackson applied state-of-the-a…