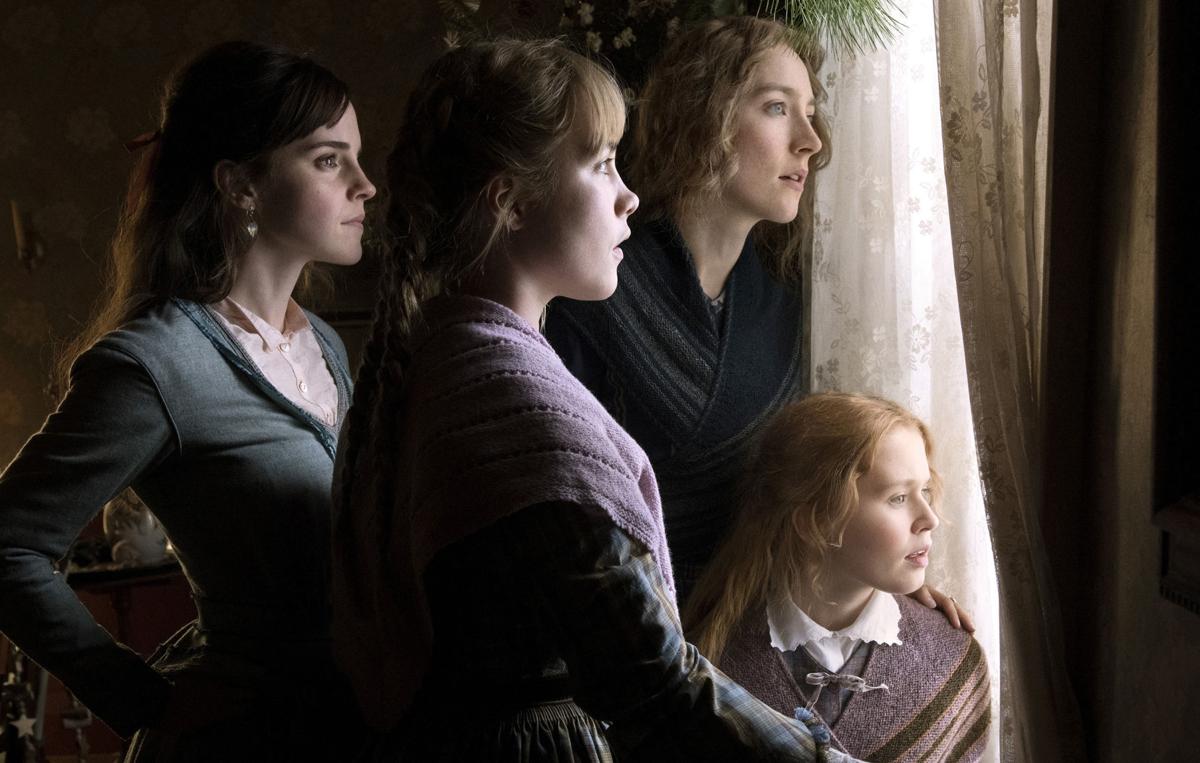 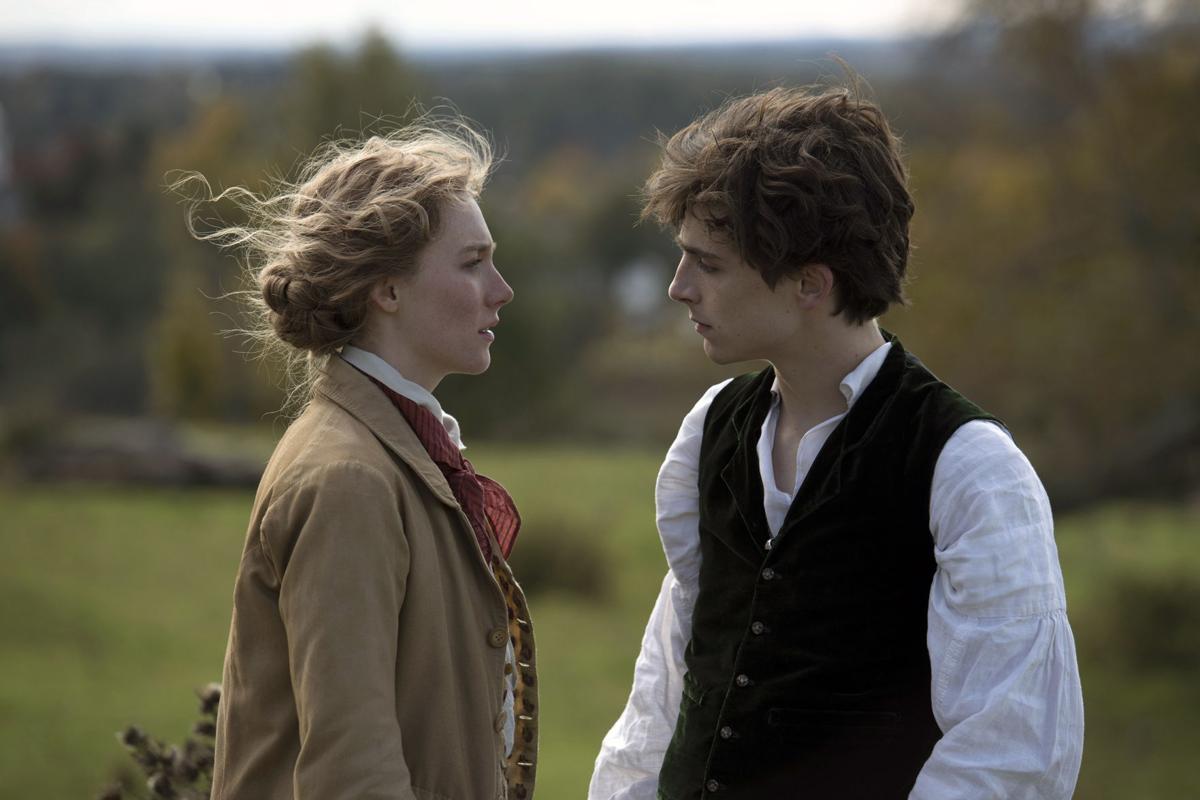 Saoirse Ronan and Timothée Chalamet in a scene from "Little Women." 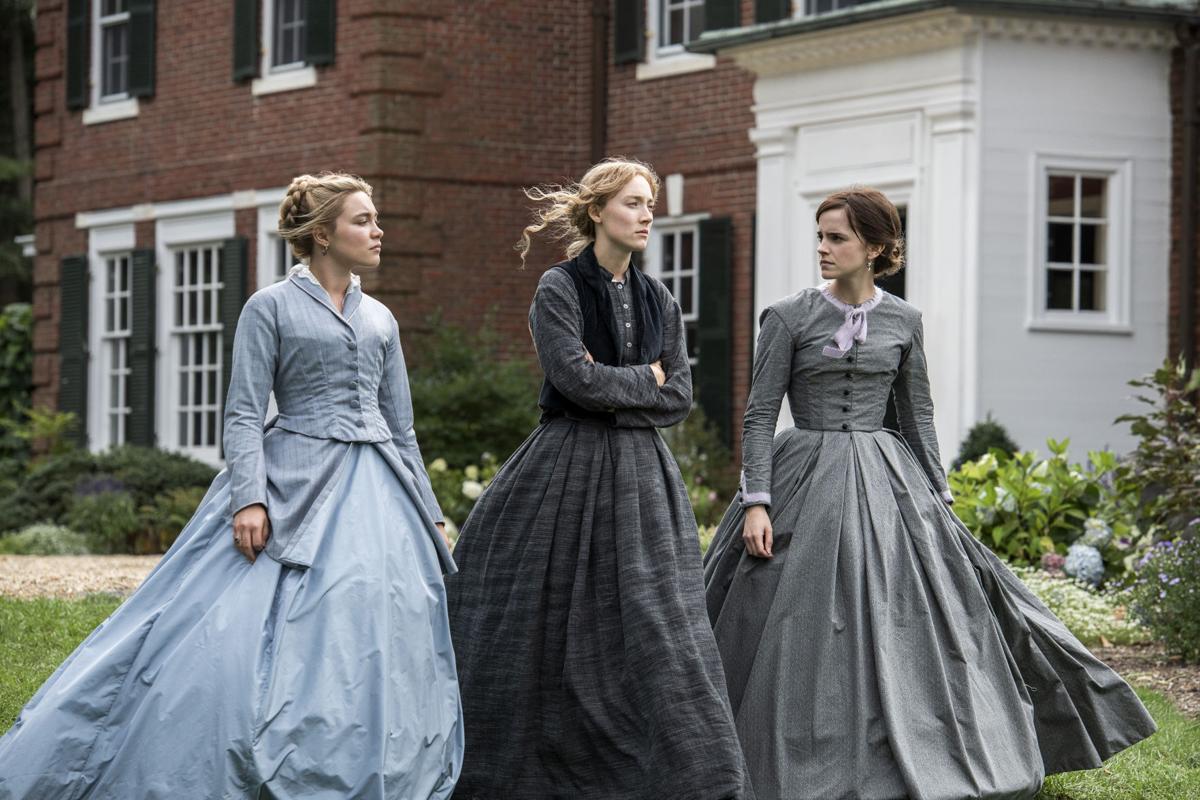 Florence Pugh (from left), Saoirse Ronan and Emma Watson in a scene from "Little Women." 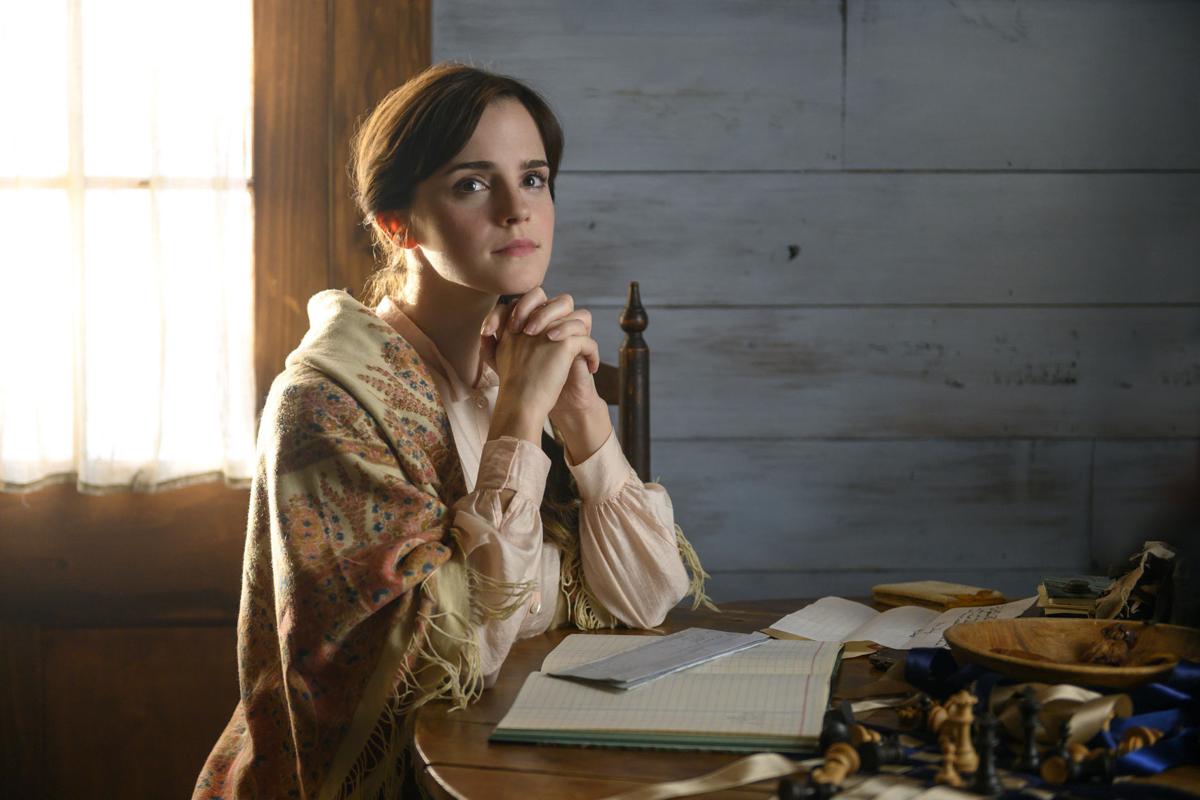 Emma Watson in a scene from "Little Women." 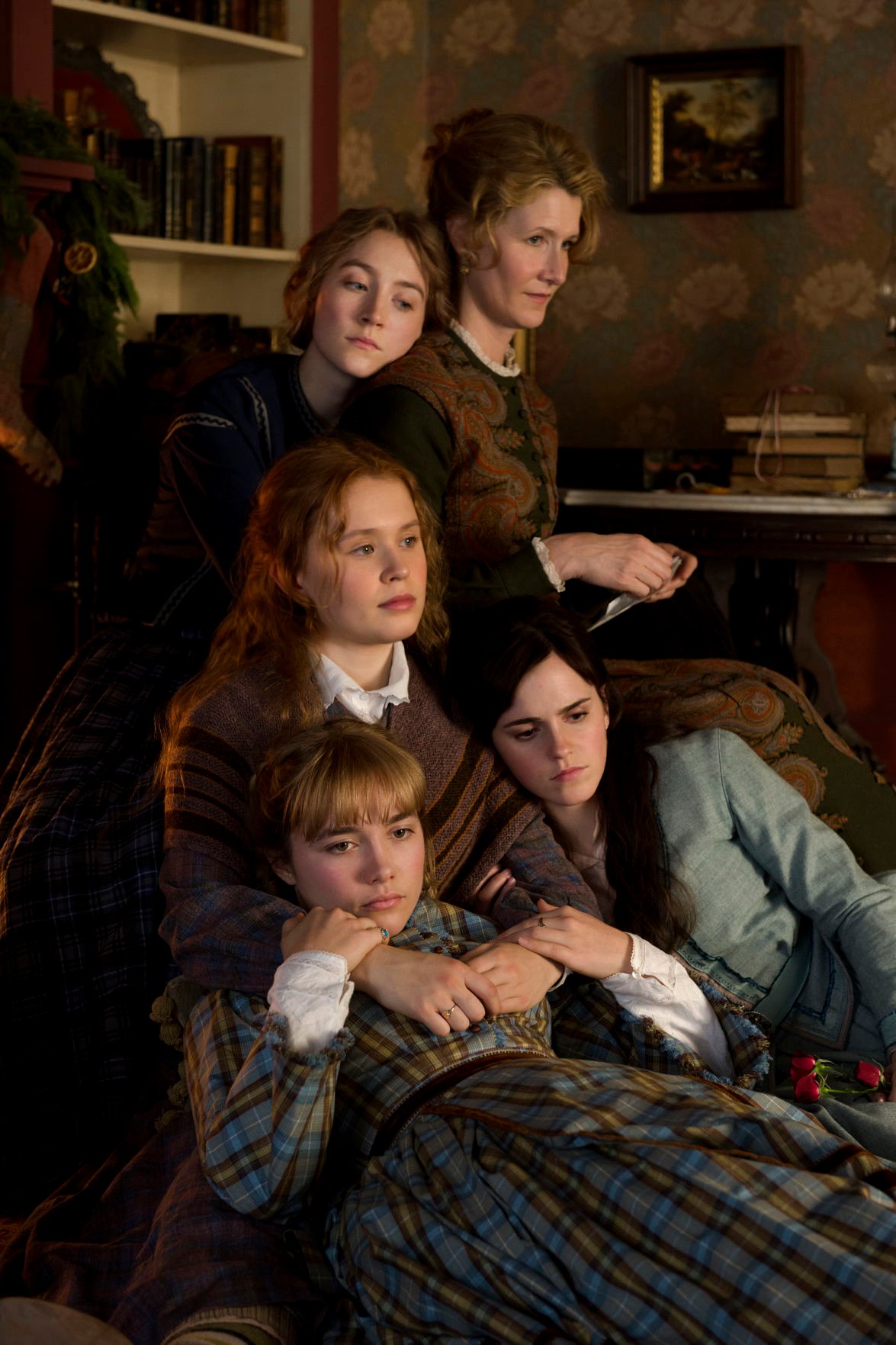 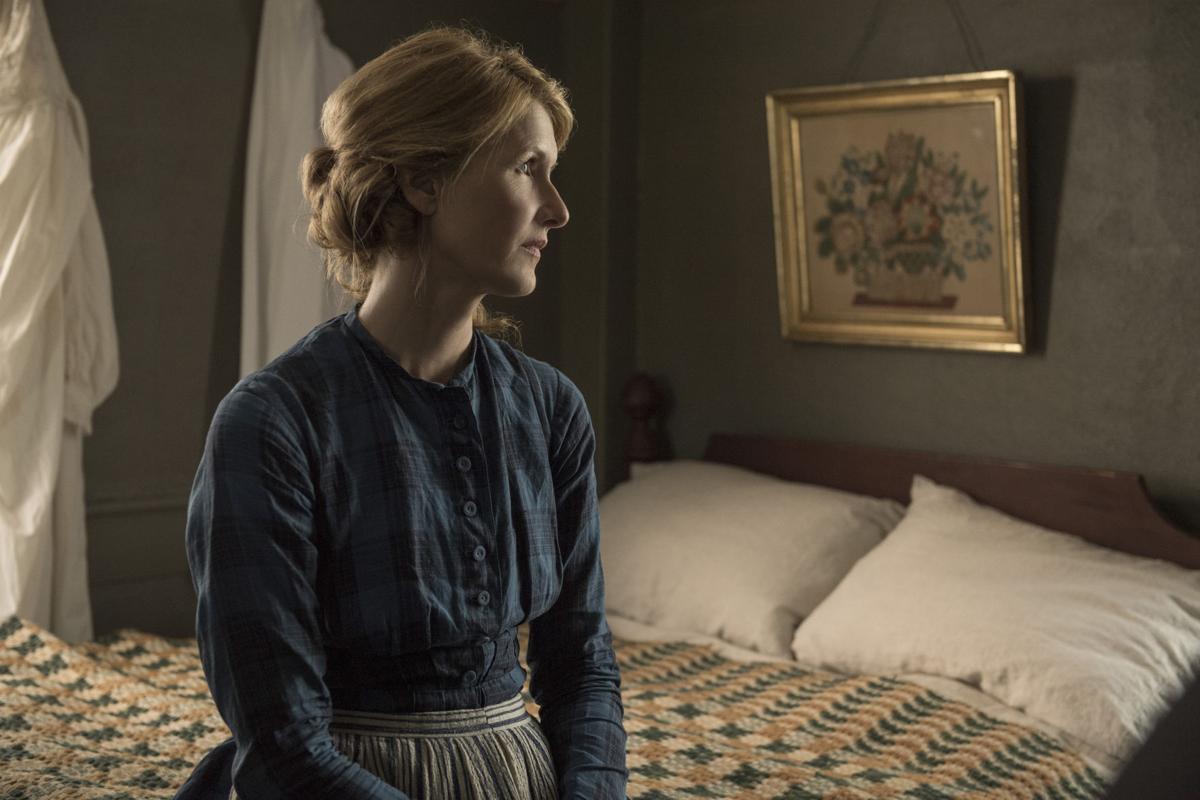 Laura Dern in a scene from "Little Women."

There is a wild urgency to Greta Gerwig's "Little Women" that hardly seems possible for a film based on a 150-year-old book. But such is the magic of combining Louisa May Alcott's enduring story of those four sisters with Gerwig's deliciously feisty, evocative and clear-eyed storytelling that makes this "Little Women" a new classic.

While no shortage of "Little Women" adaptations exist, Gerwig makes hers modern and sharp, while still adhering to its traditional roots. And in playing a bit with the chronology and instilling depth and nuance where many films have instead chosen shortcuts, Gerwig has made the most full-realized interpretation of this well-worn material for one simple reason: She lets Amy, Beth, Jo and Meg grow up.

Of course others have too, but it usually comes at the end of the film as more of a coda, which can't help but feel somewhat melancholy: It's the death of childhood, after all, when dreams are dashed, reality steps in, practicality trumps romantic fantasies and, most crushingly for many a "Little Women" fan, Amy ends up with Laurie.

Review: New 'Jumanji' sticks with the formula and just adds

Gerwig flips Alcott's narrative to allow her characters to be women first, instead of children. Jo (Saoirse Ronan) is introduced when she is already on her own trying to be a writer and making compromises all over the place (with her rate, her name, which she declines to use on her stories, and what her characters do). Meg (Emma Watson) is living her life with two kids, a husband and a yearning for finer things. Beth (Eliza Scanlen) is still at home. And Amy (Florence Pugh) is in Paris with Aunt March (Meryl Streep) studying to paint and strategically plotting out a future that involves a wealthy husband.

In their adult present, Gerwig finds thematically similar chapters in their past to flash back to. Don't worry, all the classics are there (Christmas morning, the dance, the ice skating and the hair dramas among them). These are always in warmer tones, while the present has a bluish starkness. This structure is a bold choice and one that those only passively or not at all familiar with "Little Women" may find disorienting at first. But using the past to reveal and illuminate things about the present makes for a richer experience overall.

For one, it untethers Jo from Laurie (Timothee Chalamet, so excellent in subtly yearning for an unrequited love). That perplexing love triangle suddenly makes more sense. In fact, the characters all get a little freedom from romance.

Love is part of the story, and thank goodness Gerwig has cast actors like James Norton as John Brooke and Louis Garrel as Friedrich Bhaer who make the case that Laurie isn't the only appealing choice in this world, but the quest for freedom (which only comes with money) is the real driving motivation for the March girls, who have never felt quite so alive as in these actors' hands.

Ronan plays Jo as feral and difficult: She's not only crawling out of her own female skin, but the time she has had the misfortune of being alive in. The affection that you feel for her relationship with her sisters comes not from rose-colored mushiness but from the fact that this film authentically captures how siblings, even female siblings, actually are. These March girls are wild: They fight and hit and laugh at one another's misfortunes with devilish delight and you love them more for it.

Review: In 'Knives Out,' a whodunit for the Trump era

Amy, too, gets some much-deserved respect. The long-misunderstood March brat is allowed to grow up and mature, and Pugh is just the actor to bridge the gap between naive child and woman making her own decisions.

And it's not just Amy. This film also lifts up and makes whole truly supporting characters. Marmee (Laura Dern) gets to be the nurturing and wise mother who also admits her own shortcomings. Aunt March is elevated from stodgy caricature to a stately matriarch who may be tough but is never not astute. Even Mr. March (Bob Odenkirk) gets a personality and some humor to boot. Perhaps the most surprising, however, is Mr. Laurence (Chris Cooper) who may leave you wiping your eyes more than once.

It's an astonishing accomplishment for what is only Gerwig's second feature as a director. "Lady Bird" may have been autobiographical, but "Little Women" is an artist's statement.

It's been a good time for World War I buffs,” especially if they're also movie buffs. A year ago director Peter Jackson applied state-of-the-a…