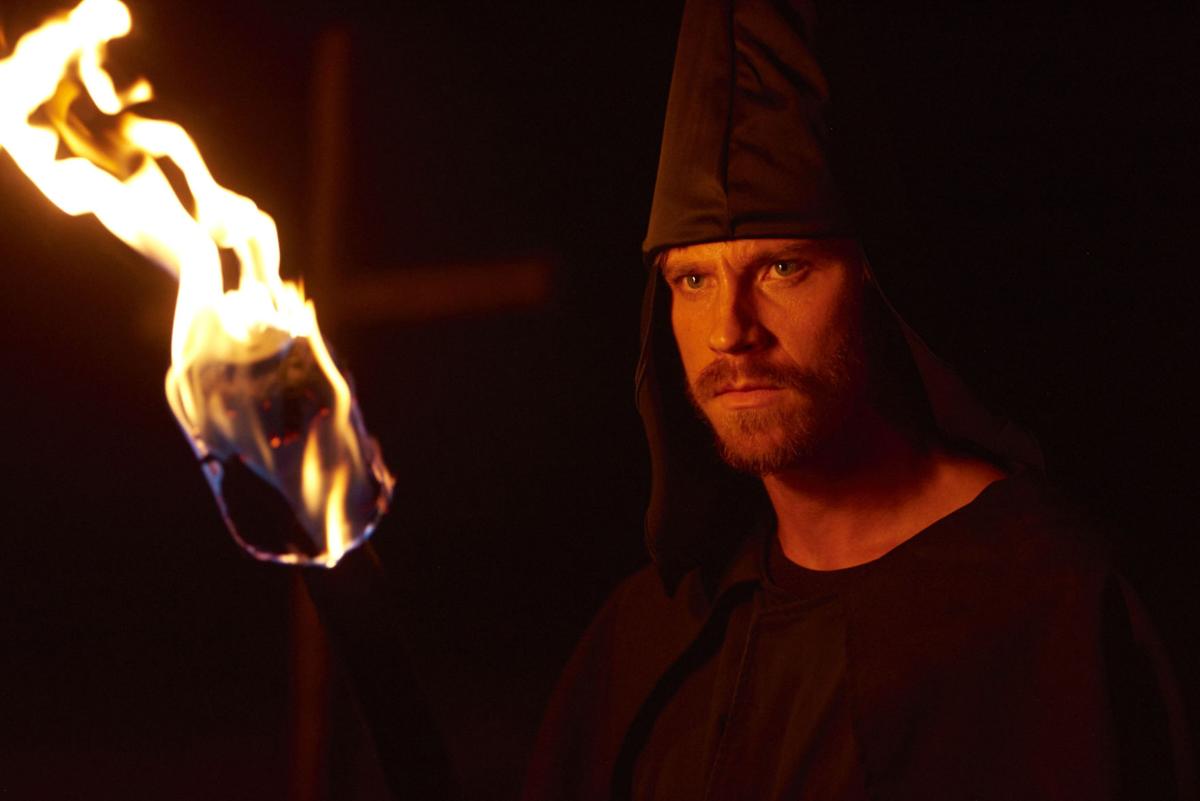 Garrett Hedlund in a scene from "Burden. 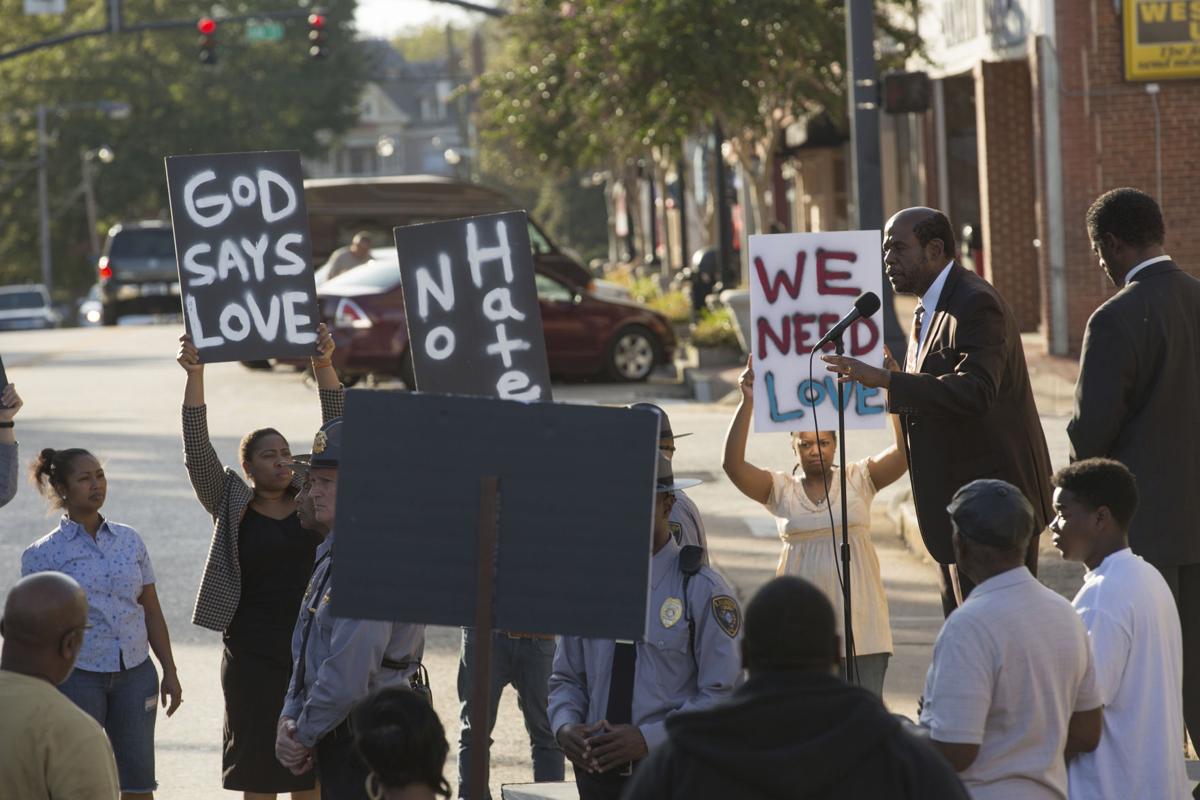 Forest Whitaker (at podium) in a scene from "Burden. 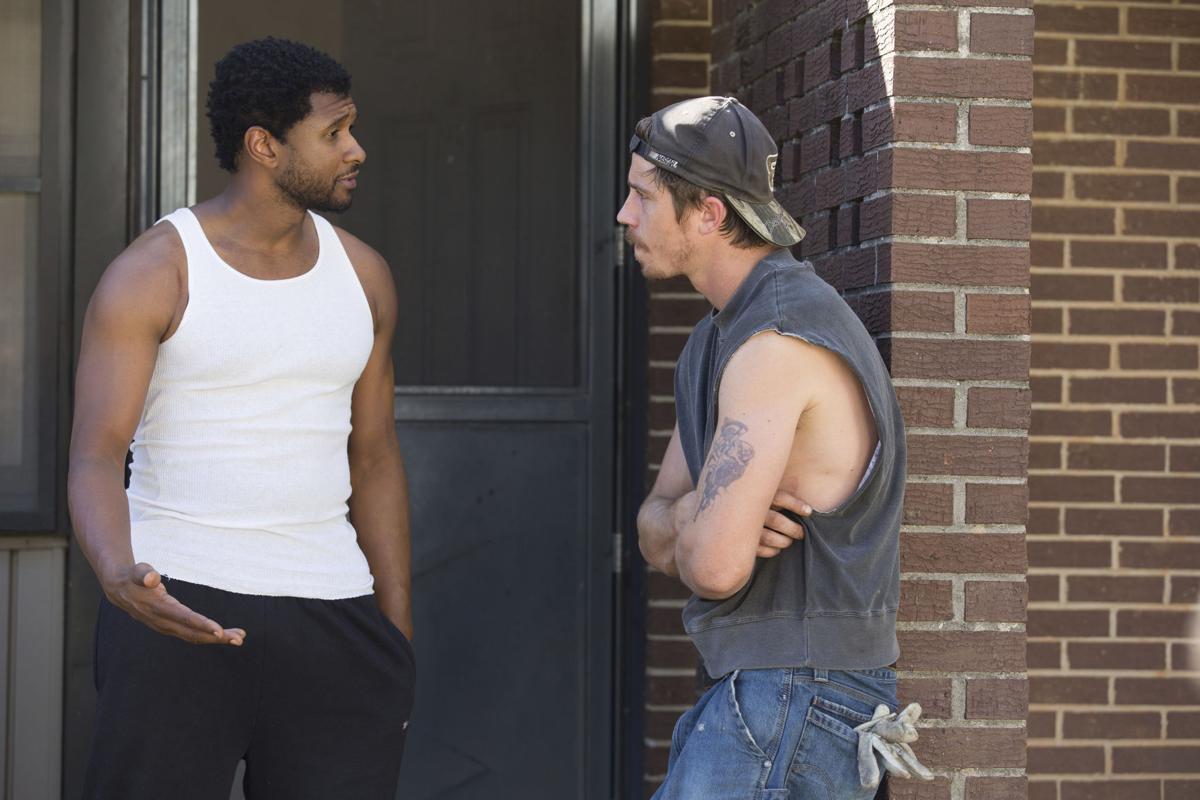 Usher Raymond (left) and Garrett Hedlund in a scene from "Burden. 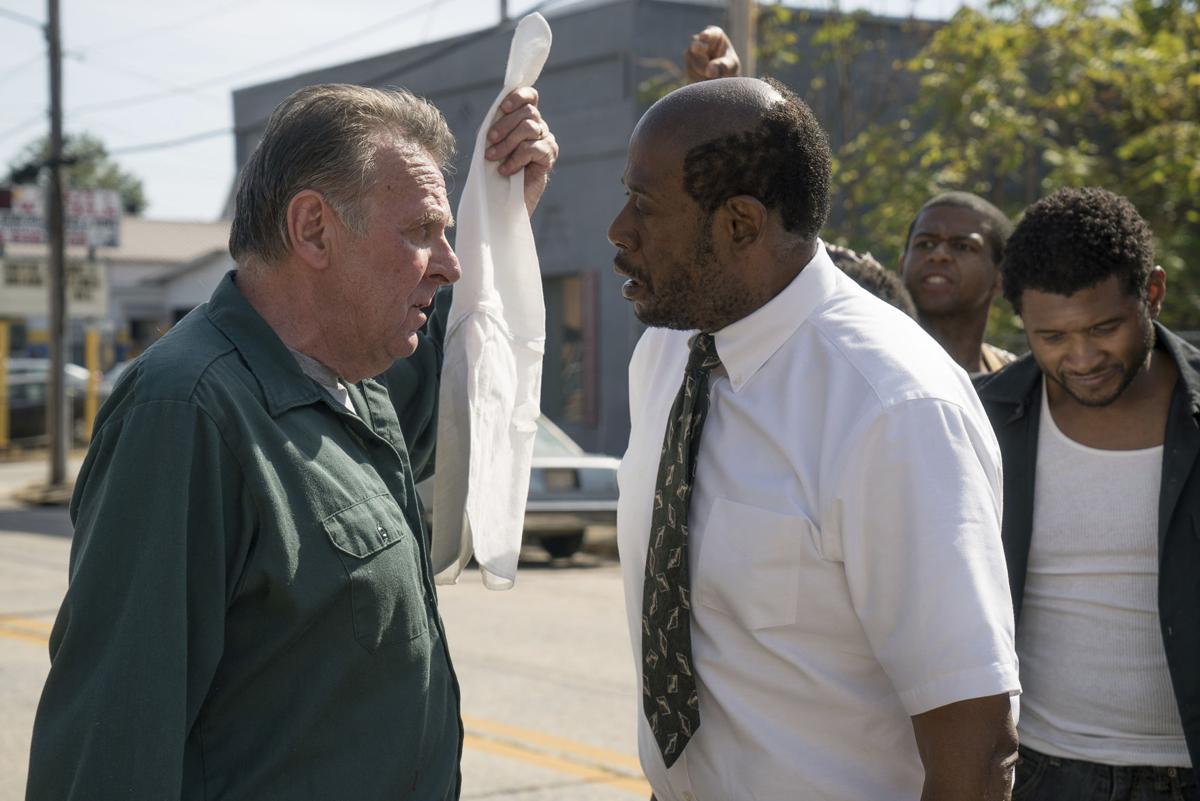 Tom Wilkinson (left) and Forest Whitaker in a scene from "Burden.

It was only a matter of time before Hollywood came calling to adapt the real-life events surrounding a museum in South Carolina that celebrated the Ku Klux Klan.

The museum opened in the mid-1990s, prompting protests. One of the Klansmen eventually had a change of heart and hands the deed to the museum to the leader of the protesters, a black preacher, who has offered the man grace and forgiveness.

Now in a further poetic turn that a scriptwriter couldn't get away with, an agent of civil rights owns the space of hatred, and the two men become friends. What has changed in the Klansman? Would you believe the love of a good woman?

Review: A CGI canine yearns to be free in 'Call of the Wild'

Hollywood has indeed come calling with " Burden," the strange tale of Mike Burden. Writer and director Andrew Heckler has managed to make a powerful film, if not a very subtle one. It's frightening that we still need films about the KKK these days.

Garrett Hedlund plays Burden as a rumpled husk of a human, all jerky, janky, angular movements. His Burden is a heavy-lidded, coiled adolescent man-boy who spits tobacco and seems forever ill-at-ease. He recalls a young Dennis Quaid mixed with Christian Bale. "I can't go back because I don't want to," he mumbles.

Andrea Riseborough, a British actress, is absolutely transformed into the role of Burden's girlfriend, using the simplest of gestures to convey complicated feelings. Forest Whitaker as the Rev. David Kennedy turns in yet another performance in which anguish and strain push down his shoulders and shoot out of his eyes. Usher, in a small role, is pretty good, too, and Tom Wilkinson, as the local king of the racists, is chilling.

The town leaders of Laurens, South Carolina, might want to miss sitting through this film. There are racists everywhere — cross-burning, N-word tossing, physically assaulting good ol' boys — all in ill-fitting clothing, carrying around all they own in black trash bags. This is a town where everyone seems to be slamming their steering wheels in frustration and where a grimy sweatshirt becomes a gesture of love. Many need haircuts, a bath and lots of psychological counselling.

Heckler has some nice cinematic moments, including the juxtaposition of a KKK cross-burning rally with an African American meet-up in which churchgoers burn photos of places the KKK has destroyed, and some nifty lines: "You can't get rid of hate," the reverend says at one point. "You got to replace it with something else."

The film takes liberty with reality, but traces the change Burden undergoes beginning with his love affair with a single mom who may be the only white person in town who is not a racist. ("You got to choose," she tells him). It ends with some beyond-belief kindness from the reverend, who reaches out to the ex-Klansman when his nasty community has deserted him and he's left homeless. ("If this isn't a sign, then I don't know what is," the reverend says).

But for all of the inherent drama, it becomes clear that Burden, the man at the center of a film that bears his name, is really just a cipher, a sponge upon which we put meaning. We are given some clues for why he changes 180 degrees from a Grand Dragon to a Klan turncoat, but they are only clues. Was it love? Kindness? A sense of morality? And here's the thing: His remarkable journey isn't even the most riveting one we see onscreen.

Review: 'The Photograph' develops nicely into a fine film

That would be the one led by Kennedy, who risks his life and family to prove God's love, who tests his community's faith, who embraces evil and welcomes it into his home. It is his head that is nestled in Burden's rifle scope at one point, yet it is he who invites the gunman to dinner. "Burden" should have focused on that. It should have been named "Kennedy."