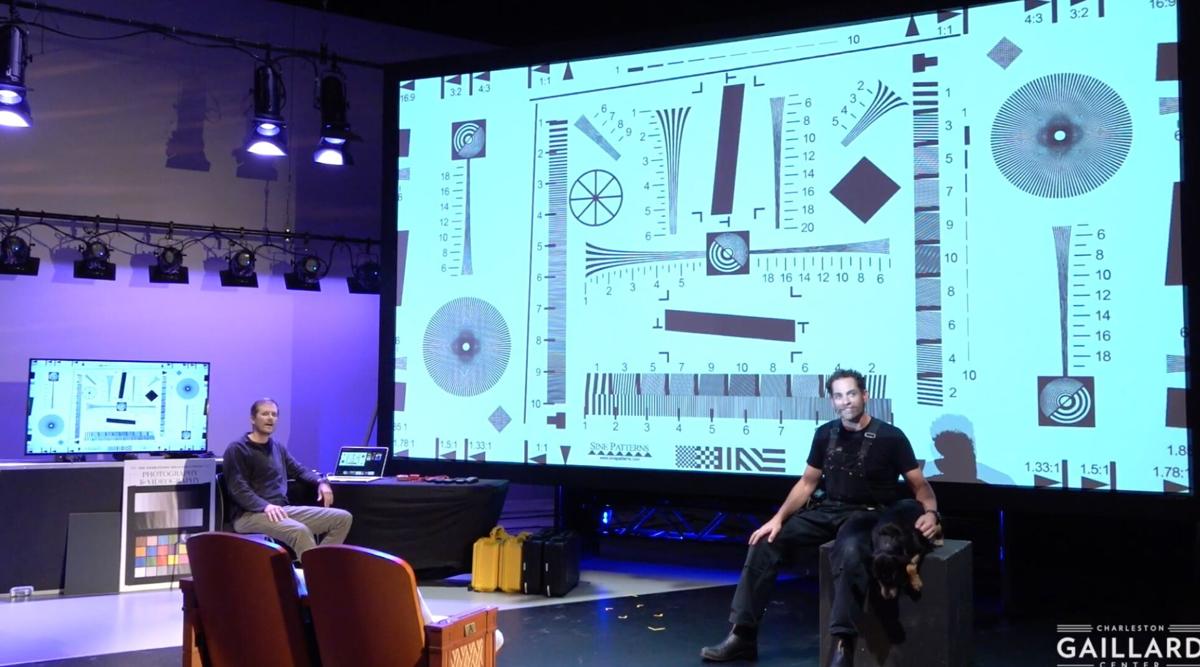 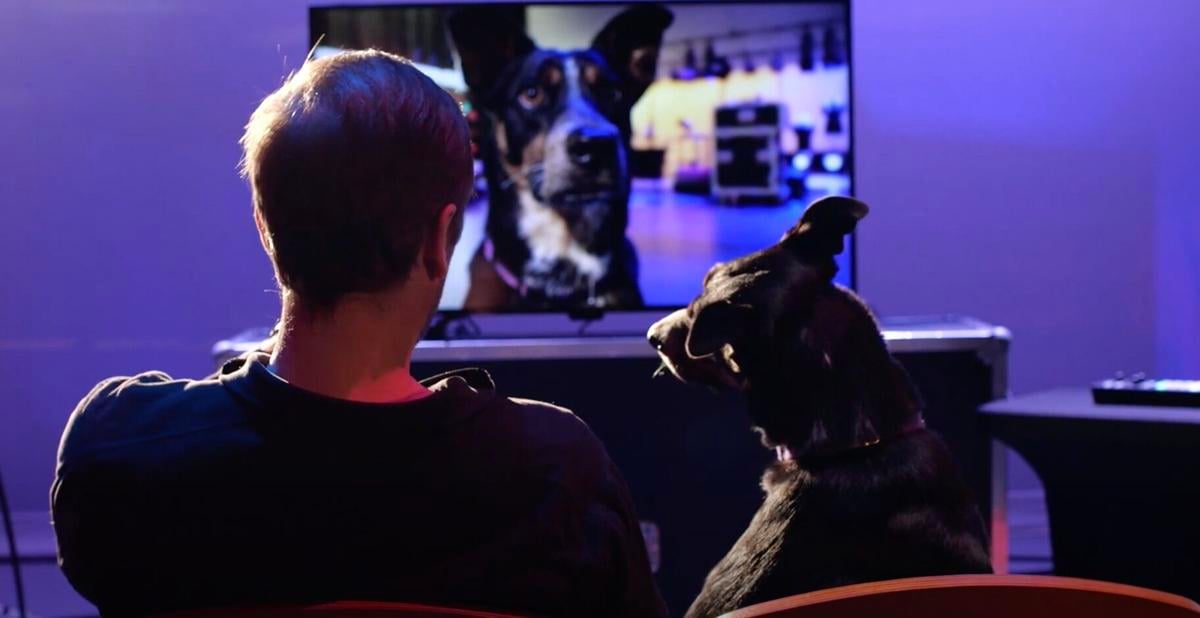 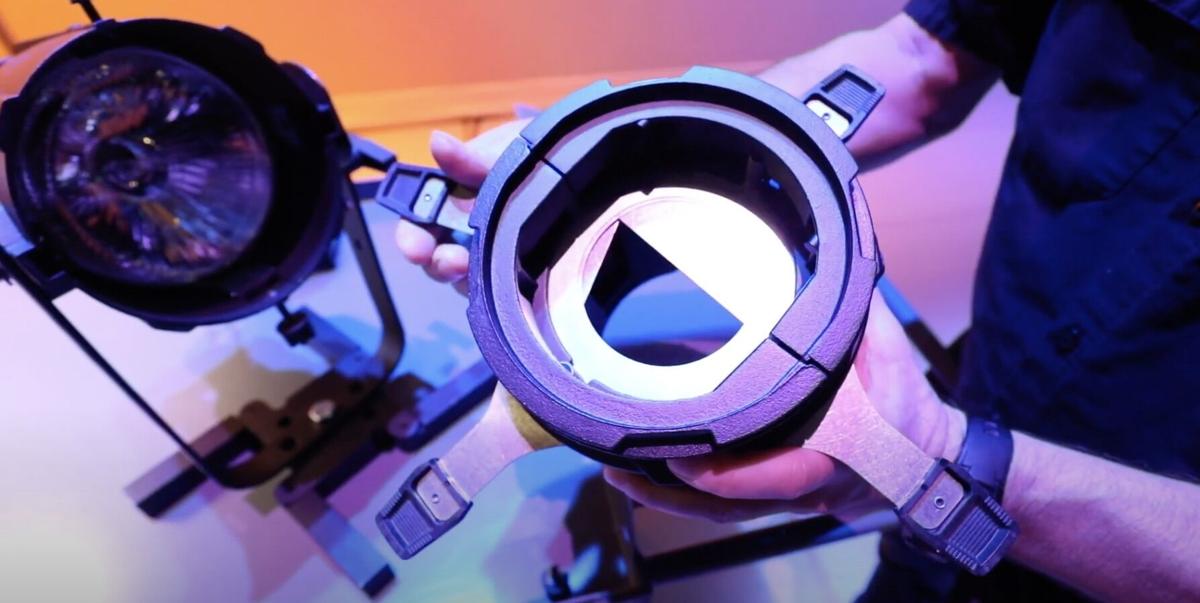 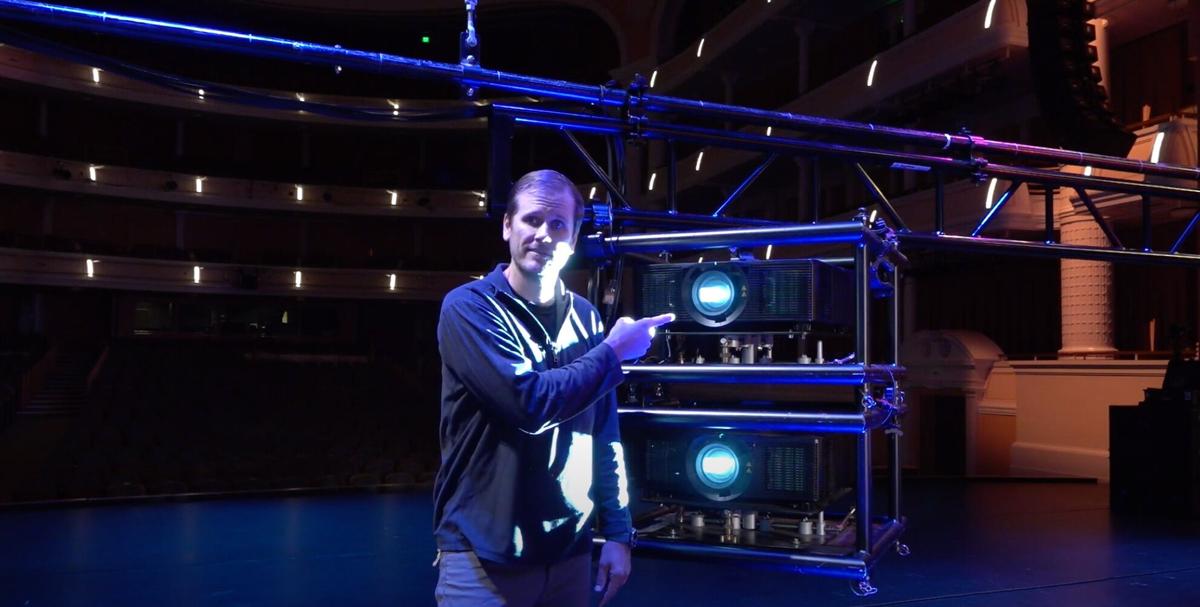 After Charleston’s recent biblical stretch of rain, it is safe to say anyone teaching or raising a kid (myself included) can use help to stem the stir-craziness.

In the fall, the technical team of the Charleston Gaillard Center hatched a plan that is sure to STEM out those "sillies," in the parlance of the education field. Whether they're taking place in classrooms, a distance learning space or any kitchen table throughout South Carolina’s tri-county area or beyond, a new program offers a solution.

Launched last month as part of the Gaillard’s Education and Community program, “Setting the Stage” is an eight-part series providing students with a spirited peek behind the Gaillard’s plush burgundy curtain, all in the name of STEM (science, technology, engineering and math).

The series is one of the offerings at the Gaillard. There is also “Raising the Volume,” a streaming series on music, race, art, activism and community curated by artists-in-residence Marcus Amaker and Charlton Singleton, and a virtual performance of “Harriet Tubman and the Underground Railroad.” A dance program geared to early childhood education is in the works, too.

Add it up: It’s a STEM-solid approach to learning. Plus, it comes with lesson plans and kitchen cabinet-friendly experiments that meet South Carolina education standards. Plus, it’s meant to lighten the load of overburdened educators and parents. Plus, it’s available free online.

Oh, and in the bonus points category: Did I mention there’s an utterly charming dog involved?

Sterling deVries, director of education at Charleston Gaillard Center, said the idea sprung from the wings. With a COVID-19 emptied concert hall, members of a technical team hatched a plan to keep themselves busy: Share their love of theatrical arts with the kids who can't presently make an in-person curtain.

“We've always cherished the opportunity to share our craft with the young people that attend our summer camps and educational shows,” said Colin Skinner, the Gaillard's master carpenter.

It's also meant to lighten the load of educators.

“It’s tough out there,” said deVries, a former educator who frequently hears reports from the field of the daunting challenges. “Most of the teachers are having to teach in person and virtual simultaneously — and writing two completely different sets of lesson plans because it's two different approaches to teaching and learning.”

The Gaillard's leaders started talking about the program in May, according to deVries, in an effort to figure out how to serve patrons without being able to host them.

“We’re used to hosting about 20,000 kids a year, and we're used to teaching hundreds of in school workshops, and that was no longer an option for us,” she said.

The aim was to provide teachers, parents, caregivers and patrons with something attractive and interesting involving the theater, while not adding extra work.

“No one needs more on their plate,” she said. “It's all about making the lives of our educators easier, but still supporting them, because we have now created this expectation that the Gaillard is there and we're able to provide these amazing experiences for students.”

The idea for “Setting the Stage” came about when the technical team was brainstorming ways to provide content for its educational outreach during the pandemic, Skinner said.

The team then worked together to perform, film and edit each episode. Set on the Gaillard’s grand, gleaming stage, the series features Skinner as host. He also wrote the scripts, tapping into the expertise of each team member.

Skinner thus offers details on stage directions and explains other terms. Head Audio Technician John Barry sounds in on, well, sound — how it travels, how it amplifies and so forth. Master Electrician David Kerr sheds light on light, explaining everything from a household bulb to theatrical ellipsoidal lights. Exhibition Hall Technical Director Hunter Laird dives deep into projection, showing a slick projector to demonstrate how rays of light are transmitted for movie screens and other uses and covering components like the concave mirror and convex lens.

The nuts and bolts

With the help of deVries, the technical team developed STEM-focused episodes, which are accompanied by lesson plans and experiments provided by deVries.

For the production design, the team drew inspiration from Bill Nye "The Science Guy," building a "stage lab" to showcase the equipment used in their craft. It consists of four areas: Rigging World, Lighting World, Video World and Audio World.

It must be said that they all go the extra mile to engage viewers, hopping on lifts, hamming it up, you name it — generally geeking out on their chosen vocations. Such ardor may even spur some aspiring technical theater careers. In fact, deVries mentioned that one educator is using the series in higher grades to shine light on these professions.

Les Turner, school counselor at Military Magnet Academy in North Charleston, is enthusiastic about the videos.

"These will keep the kids' attention and teach them the basics," he said. "Very well done."

The tech team does have a secret weapon of engagement.

Her name is Riley the tech dog, an impressively agreeable backstage mascot who is game for just about anything. Skinner started bringing Riley to work during the pandemic, and she served as a de facto “comfort animal" for the few technical staff.

“Because of her natural talent for tricks being an Australian Cattle dog mix, it was easy to find ways for her to ‘help’ us explain the science behind stage craft,” he said.

He kids you not. Riley can high-five, gesture with her nose, and seems unflappable in the face of fly systems and other apparatuses.

In the throes of homeschooling? Charleston arts and cultural organizations have your back.

As a former educator, deVries understands how to create lesson plans that meet South Carolina standards, while lessening the work for teachers and parents rather than adding more.

Each video is accompanied by a detailed plan supplied by deVries. Students can do any of the included experiments from home or school using commonplace household products. Specific grade-level science standards are covered in these lessons. Plans also provide assessments and rubrics.

Kids, do try this at home

I decided to try it out at home with my second-grade daughter, Beatrice.

Since she is a karaoke enthusiast, we opted to focus on Episode 2, “Can You Hear Me Now? How Microphones Work,” which was sure to resonate with her Taylor Swiftian inclinations.

Sitting in front of a tricked-out audio mixing board that’s surefire catnip for any gadget-happy kid, Barry uses the microphone to amplify all manner of phenomena related to sound. He pursues questions. How exactly does sound travel from one place to be played through a TV, speaker or phone?

But first, he has to find his microphone, and thankfully one crew member has been paying attention. That would be Riley the tech dog, who graciously employs her snout to point it out.

From there, Barry explains how a microphone converts sound waves into electrical energy, talks through the components of a dynamic microphone — its diaphragm, coil and magnet — and how it creates electrical energy until you hear it coming out of a speaker. After a high-five from Riley, end scene.

We then engaged in some gloriously achievable experiments using household items. Yes, I can find a glass in which to place my iPhone to hear how a song is amplified. And, yes, we have plenty of extra TP tubes and a couple of cups. Sure, we can cut them out to make our own speaker. And, yes, it actually works! We can also place varying levels of water in a set of glasses to make different pitches, too.

No fuss, no muss, just some good, clean science — and guilt-free, interactive screen time to boot. By the end, both second-grader and parental lab technicians felt empowered. Yes, we can do this pandemic without ruining the kitchen or turning to mental mush.

We weren't the only ones who had fun, which is clear throughout the series.

“We hope our viewers, of all ages, enjoy watching 'Setting the Stage' as much as we enjoyed creating it,” Skinner said.

Given the reception in my own household, I'd say the scientific results are promising.

All videos and lesson plans are available for free at gaillardcenter.org.