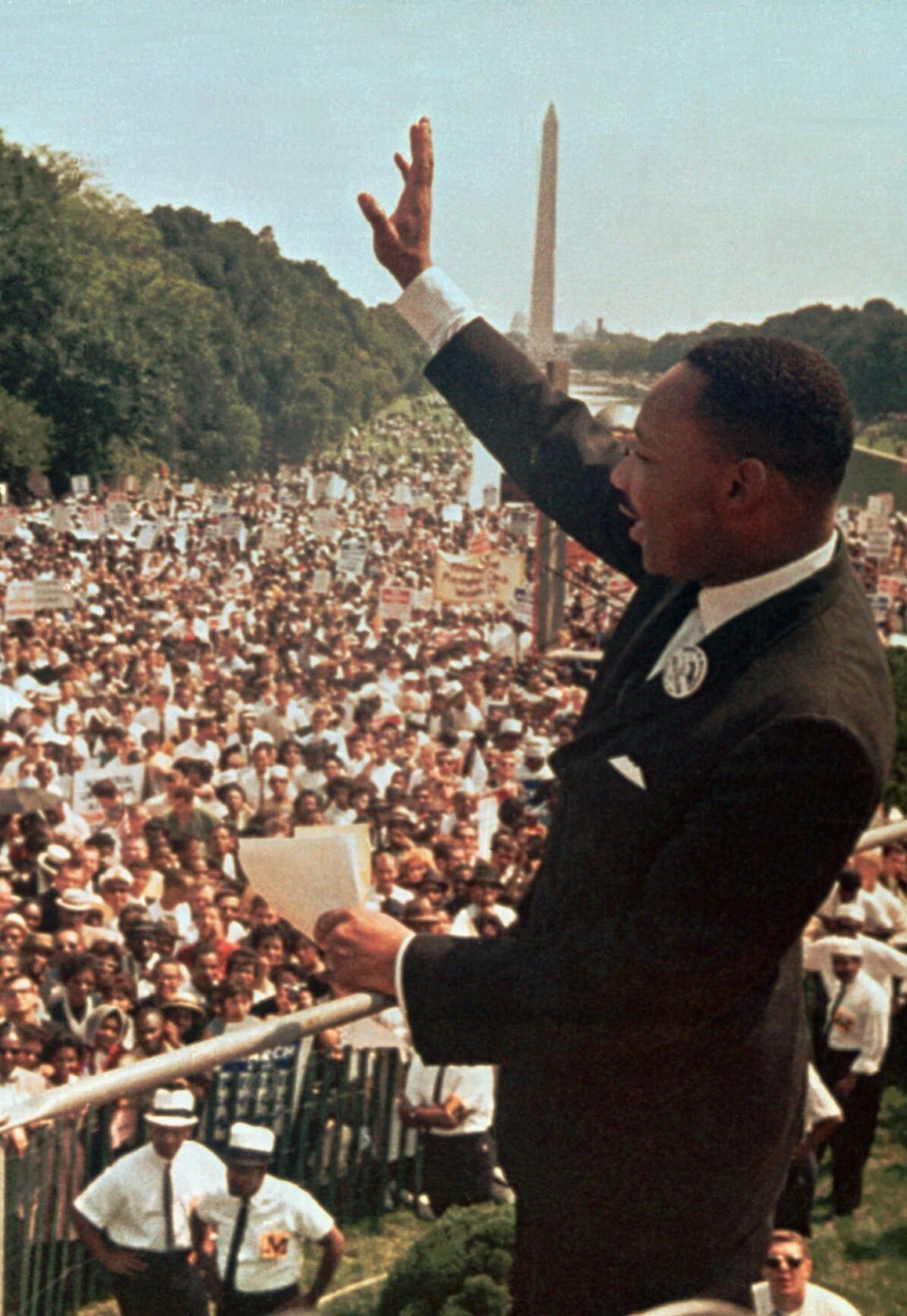 Dr. Martin Luther King Jr. acknowledges the crowd on the day he gave his "I Have a Dream" speech during the march on Washington, D.C., on Aug. 28, 1963. File/AP 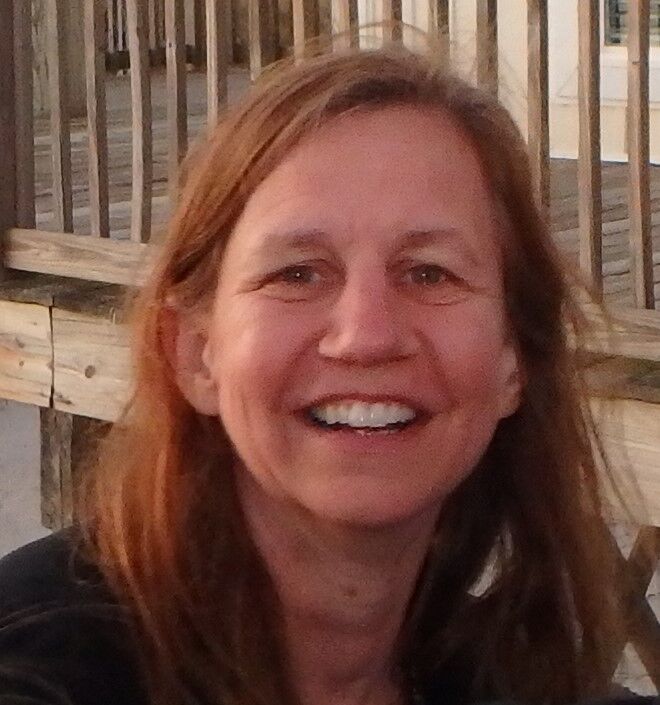 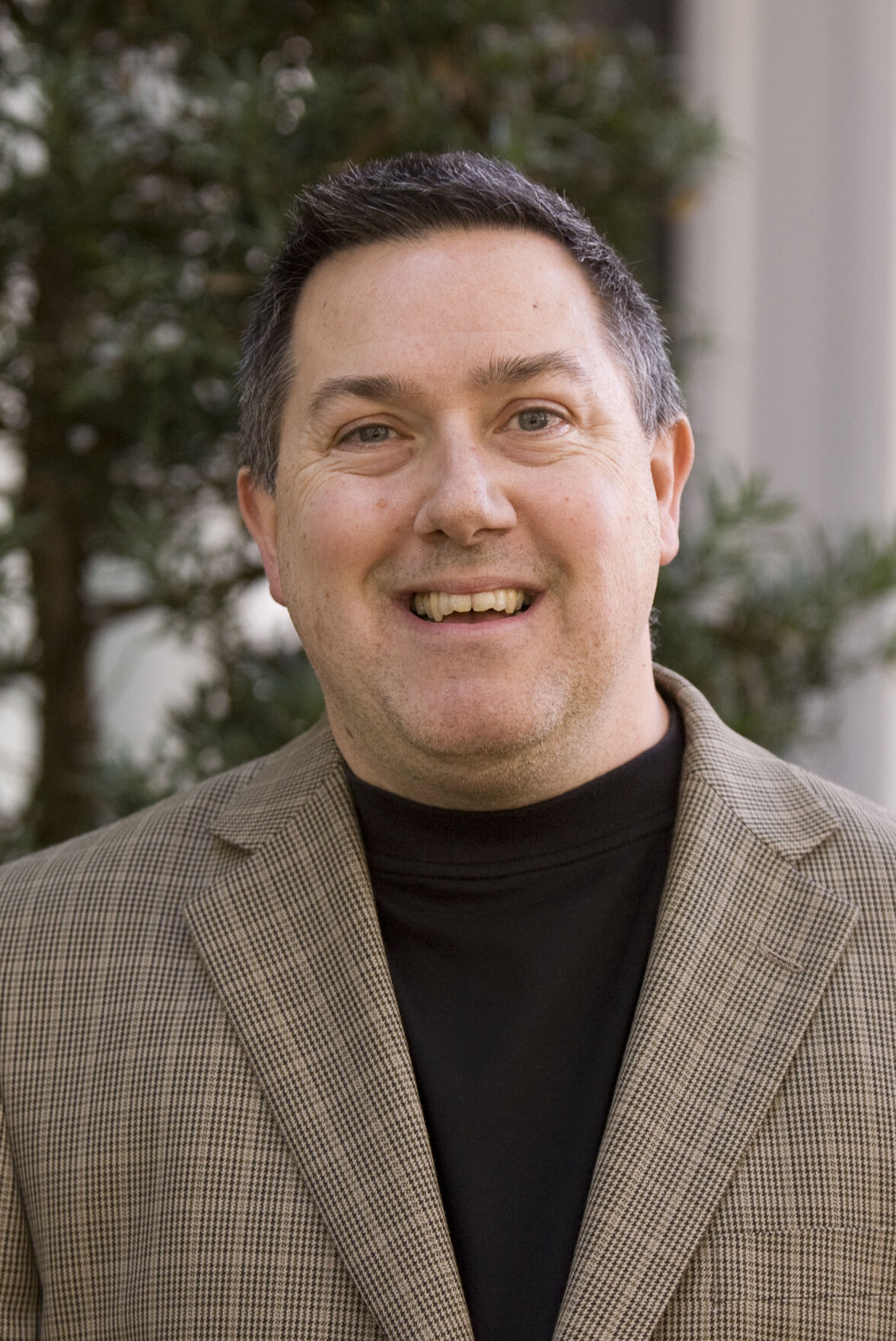 In honor of Martin Luther King Jr. Day on Monday, today’s trivia is about both the man and the movement he helped lead.

The importance of the fight for equal rights can never be stated enough, and as the news in recent years has shown, the fight continues to this day.

1. The Civil Rights Act of 1964, which prohibited discrimination on the basis of race, color, religion, sex or national origin, was signed by which U.S. president?

2. Martin Luther King Jr. actually took the name Martin Luther in honor of the Protestant Reformation leader. What was his birth name?

3. In what Alabama city did Rosa Parks refuse to give up her bus seat, thus triggering a landmark boycott of the local transit systems?

4. At what Washington, D.C., monument did Martin Luther King Jr. make his famous “I Have a Dream Speech”?

5. What song, written by James Weldon Johnson, is considered to be the so-called Black national anthem?

6. What was the name of Martin Luther King Jr.’s father’s church?

8. In what Greensboro, N.C., store’s lunch counter was the first sit-in for racial integration?

9. Many know that Martin Luther King Jr. was in Memphis, Tenn., when he was assassinated, but why was he in the city at that time?

10. In 1969, Coretta Scott King made her first major appearance following the death of her husband to show her support for what event here in Charleston?

Head2Head Trivia: The times they are a-changin'

5. "Lift Every Voice and Sing"

10. Dedication of a church in her husband’s name

9. To give a speech on workers’ rights

5. "Lift Every Voice and Sing"

Katy put up a valiant effort but with a score of 7 to 5 Vince has been able to hold on to his position for another week. He will return next week for another round of Head2Head Trivia.

If you’d like to participate in Head2Head Trivia, email pandctrivia@gmail.com.