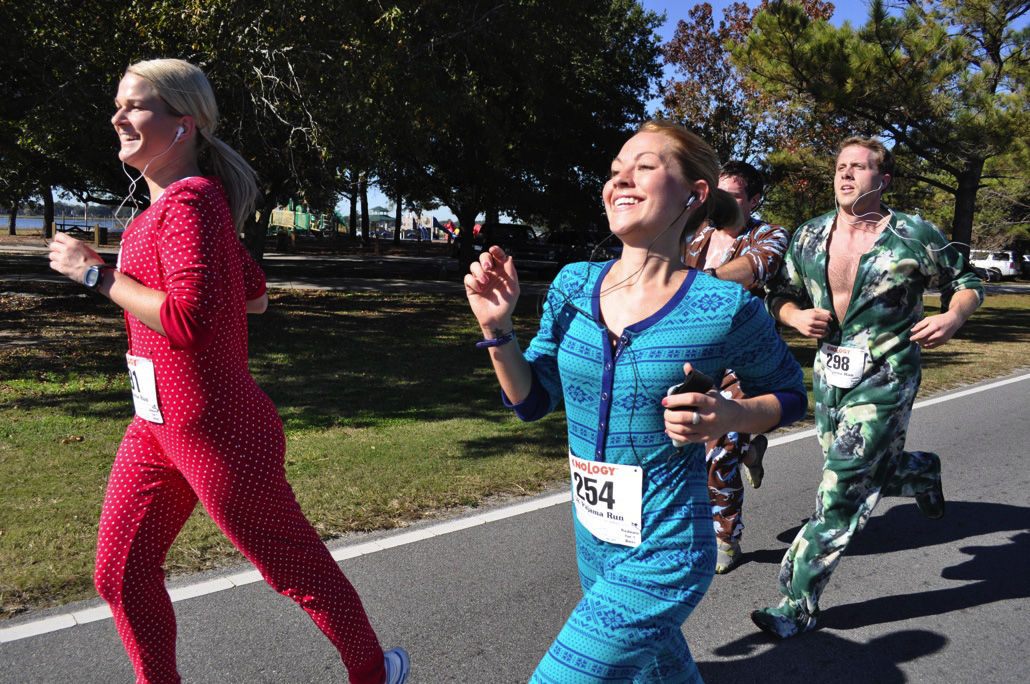 Feel free to wear your pajamas in the New Year's Races at Charles Towne Landing on Sunday morning. (David Quick/Staff) 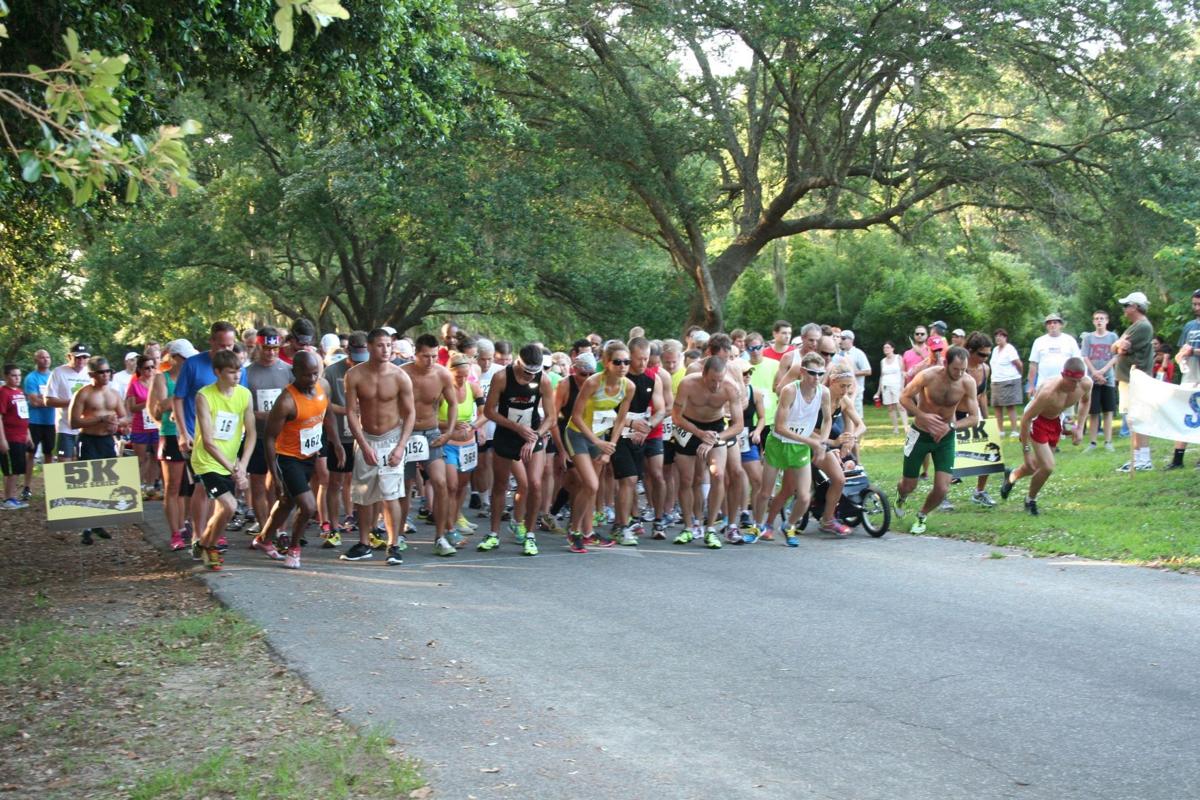 While the Race the Landing 5K series is held in May, June and July, it returns to Charles Towne Landing for its third New Year's Day edition on Sunday. (Provided)

Feel free to wear your pajamas in the New Year's Races at Charles Towne Landing on Sunday morning. (David Quick/Staff)

While the Race the Landing 5K series is held in May, June and July, it returns to Charles Towne Landing for its third New Year's Day edition on Sunday. (Provided)

If New Year’s marks the time for many people to focus on their health, New Year’s Day usually gets off to a slow start.

Three years ago, local runner Lisa Deaton set out to provide an alternative, at least for how locals start their New Year's Day.

Deaton is the founder of the Race the Landing 5K series, a very social, five-race series, held in May, June and July at Charles Towne Landing since 2012. She decided to add a similar event on New Year’s Day morning.

“There was nothing healthy (event-wise) to do on New Year’s in the Charleston area, so I wanted to offer something,” says Deaton, also noting the charitable component of the series.

In the last five years, the series has donated $63,000 to Charles Towne Landing for its zoo, which is home to native wildlife, most of them rescued, as well as efforts to help physically-challenged visitors.

Unlike the 5K series held in warmer months, the New Year’s race added a 10K last year and a pajama element this year.

“We’re adding the pj’s because it’s early in the morning and I want people to roll out of bed and be comfortable,” says Deaton.

She added that the race will offer coffee and hot chocolate before the race and a variety of soups, Hoppin’ John and cornbread afterward.

The lures seem to be working.

Another element of the New Year’s race is repurposing the past: namely race T-shirts and awards from past running, swimming and triathlon events.

Every year, Rock Hill-based running archivist Cedric Jaggers compiles a list of the 20 largest races in South Carolina, which helps "running journalists" and others track trends in the Palmetto State.

The list for 2016 continues to parallel a national trend toward less participation in conventional, timed road races.

Twelve of the top 20 races showed drops in the numbers of finishers, some rather significantly, from 2015.

Remember, the Bridge Run’s drop was likely due to weather forecasts calling for lightning storms at the start of the race last April. That said, the drop comes after a 4,475 falloff in 2015 from 2014.

Another notable from the 2016 list was what did not appear on it. The Komen Lowcountry Race for Cure fell out of the top 20 for the first time in probably a decade and drew less than 900 timed runners.

The Bridge Run is primed to reverse the trends of recent years as it celebrates it's 40th race on April 1, 2017.

Locals will be reminded of the approach of Bridge Run's milestone race starting Feb. 20.

The race and The Post and Courier are featuring promotions, giveways and special events every day for the 40 days leading up to this year's 10K.

Race Director Julian Smith said he expects registration and finisher numbers to be up this year because of the race's 40th.