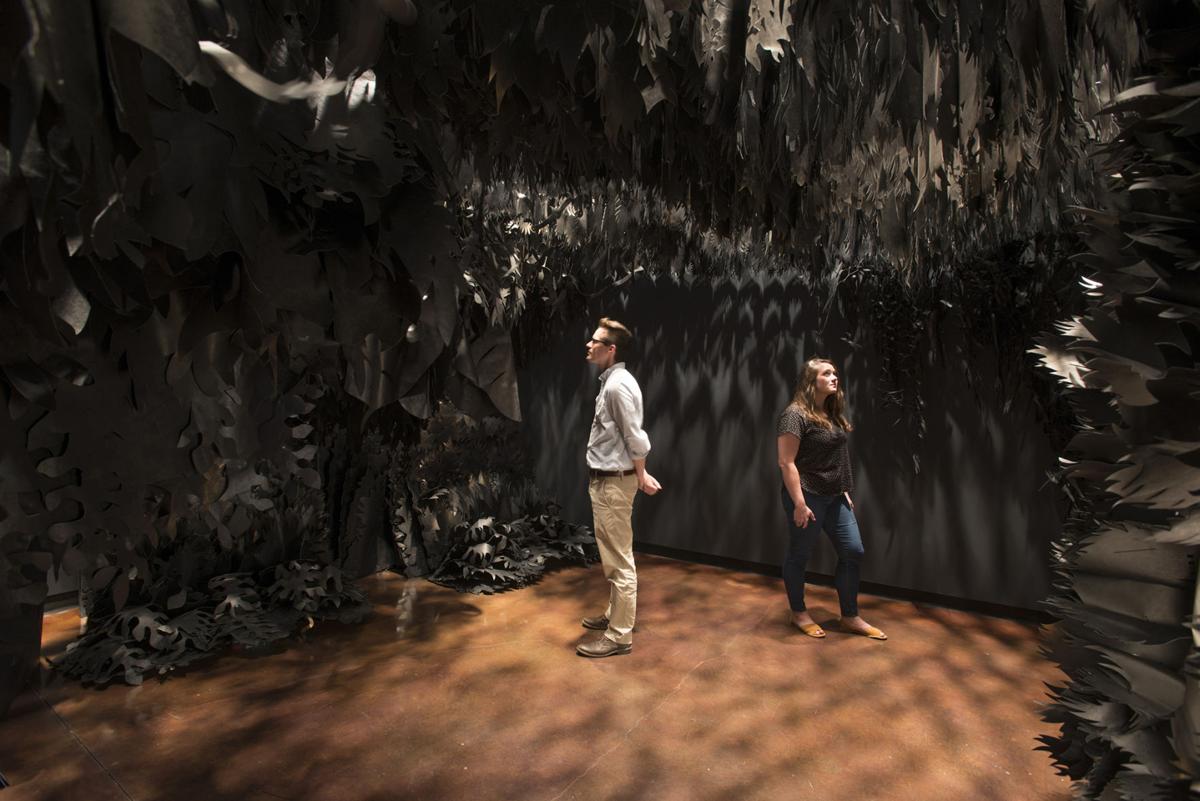 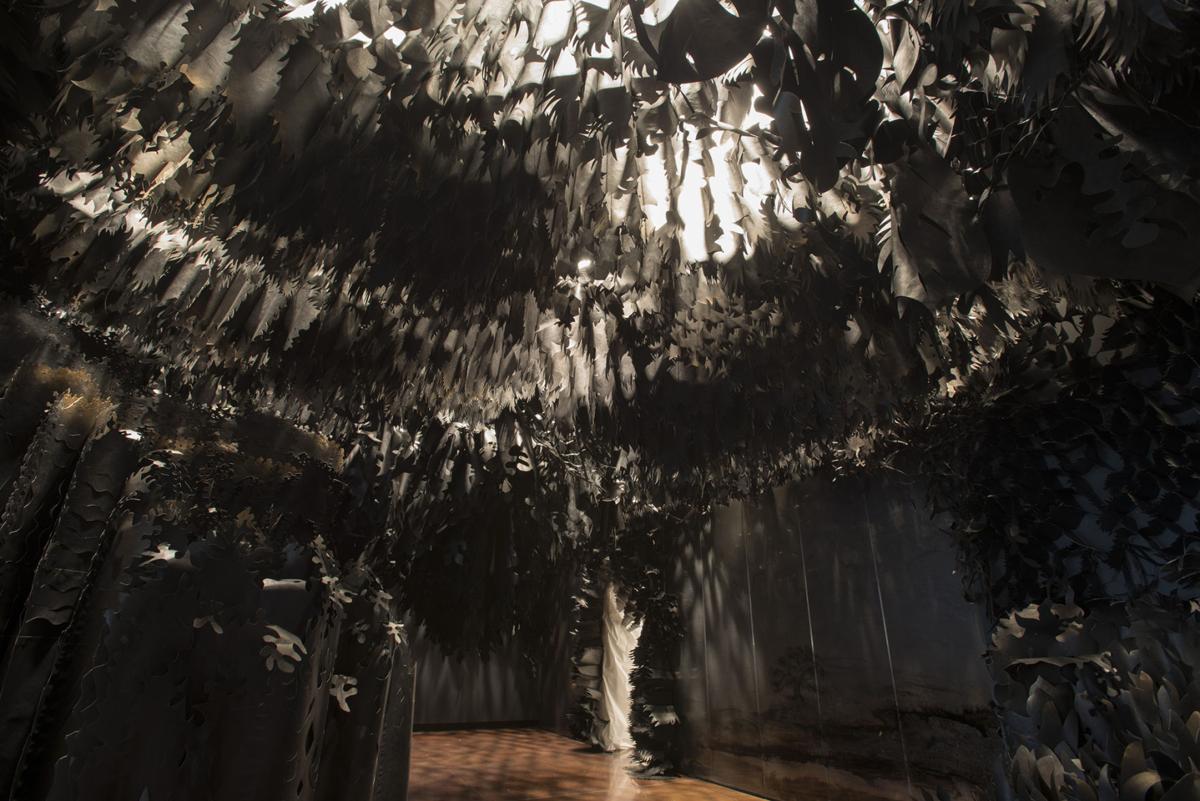 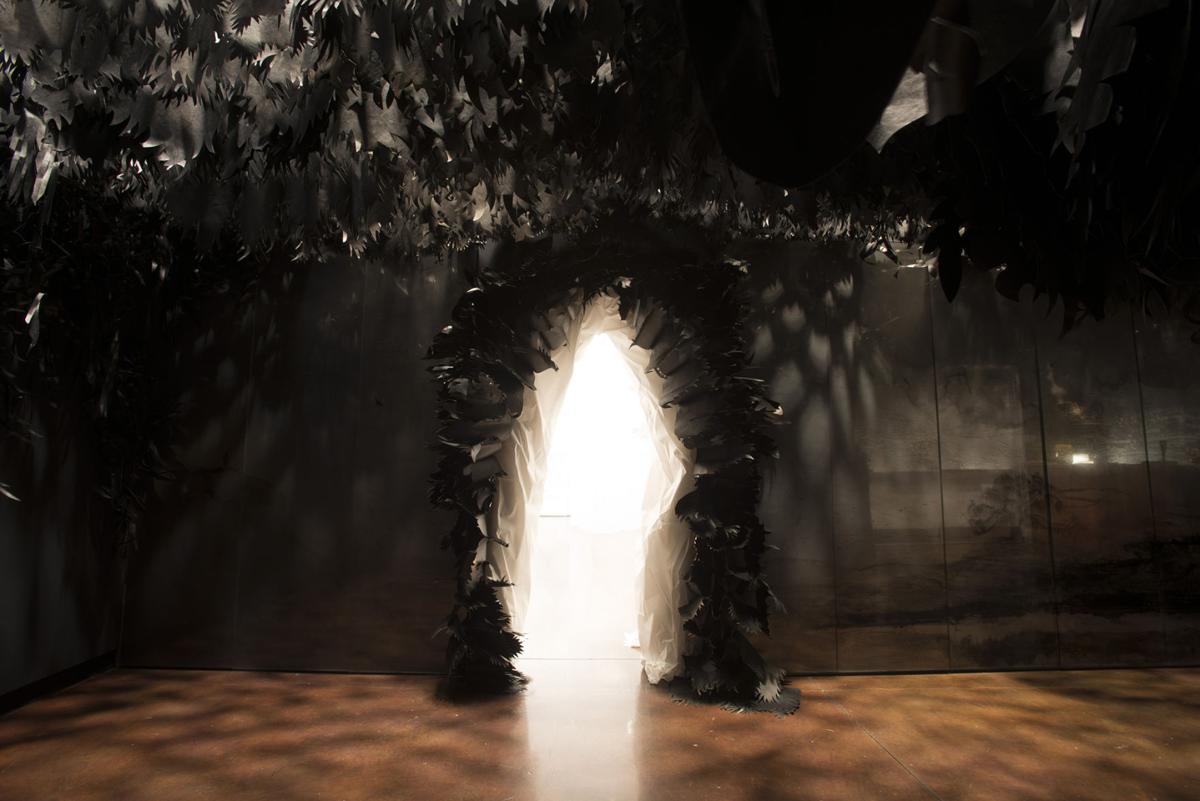 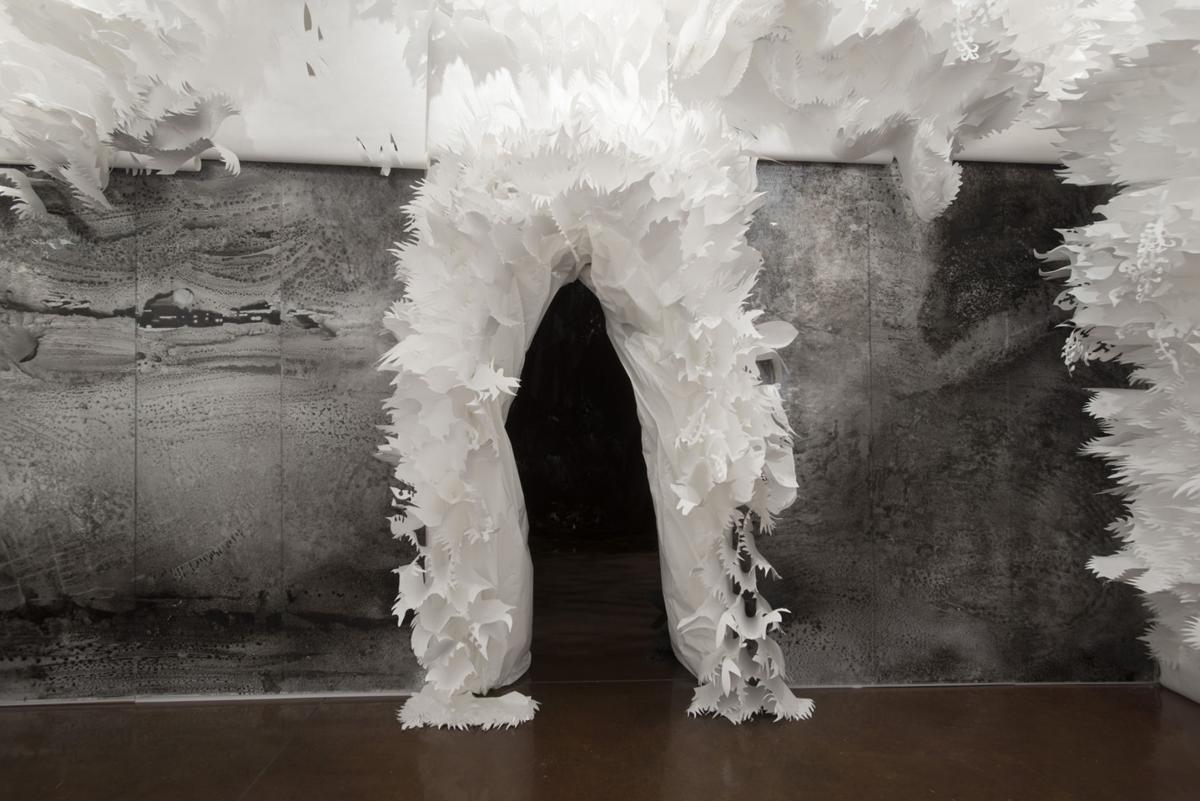 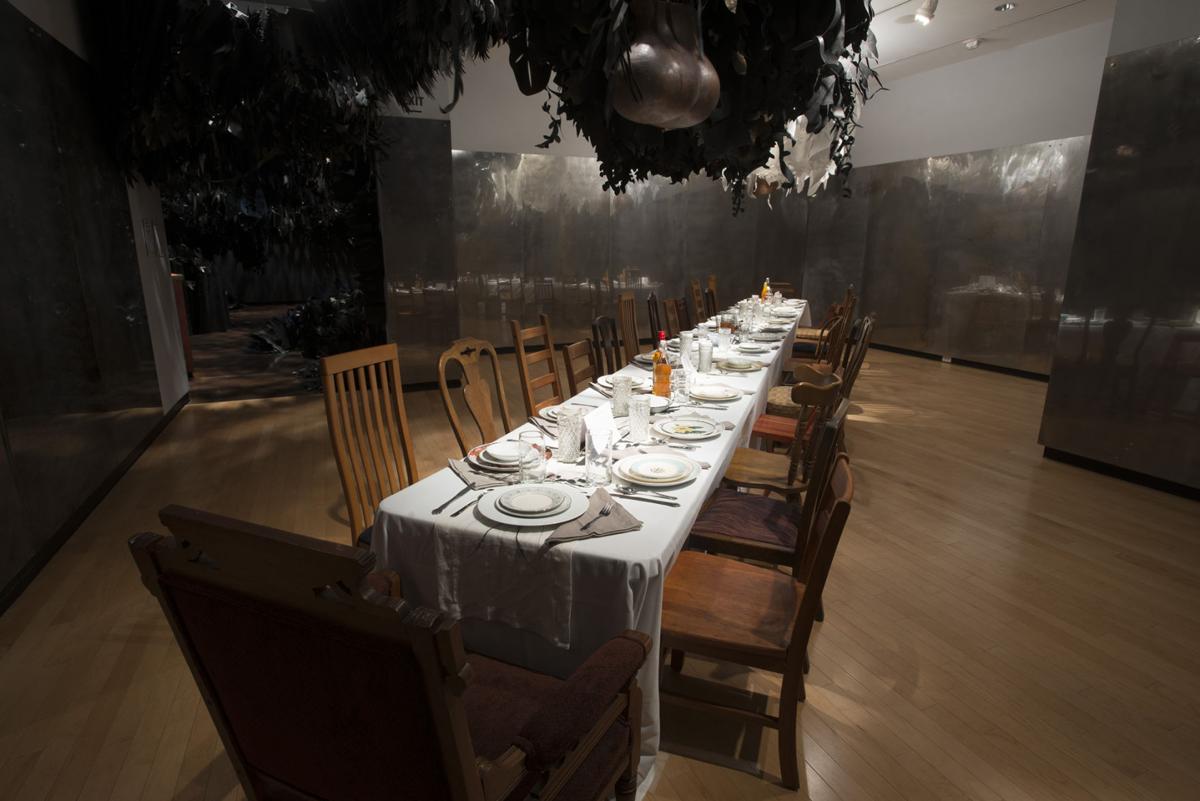 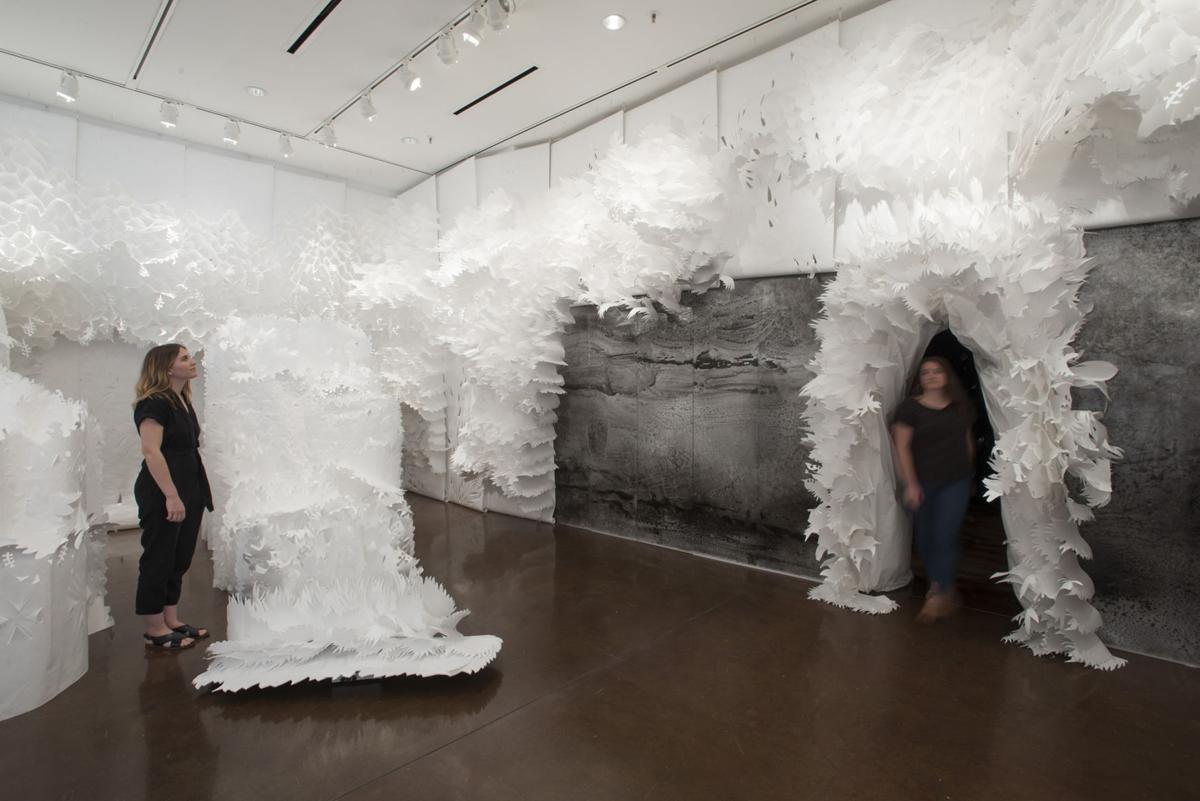 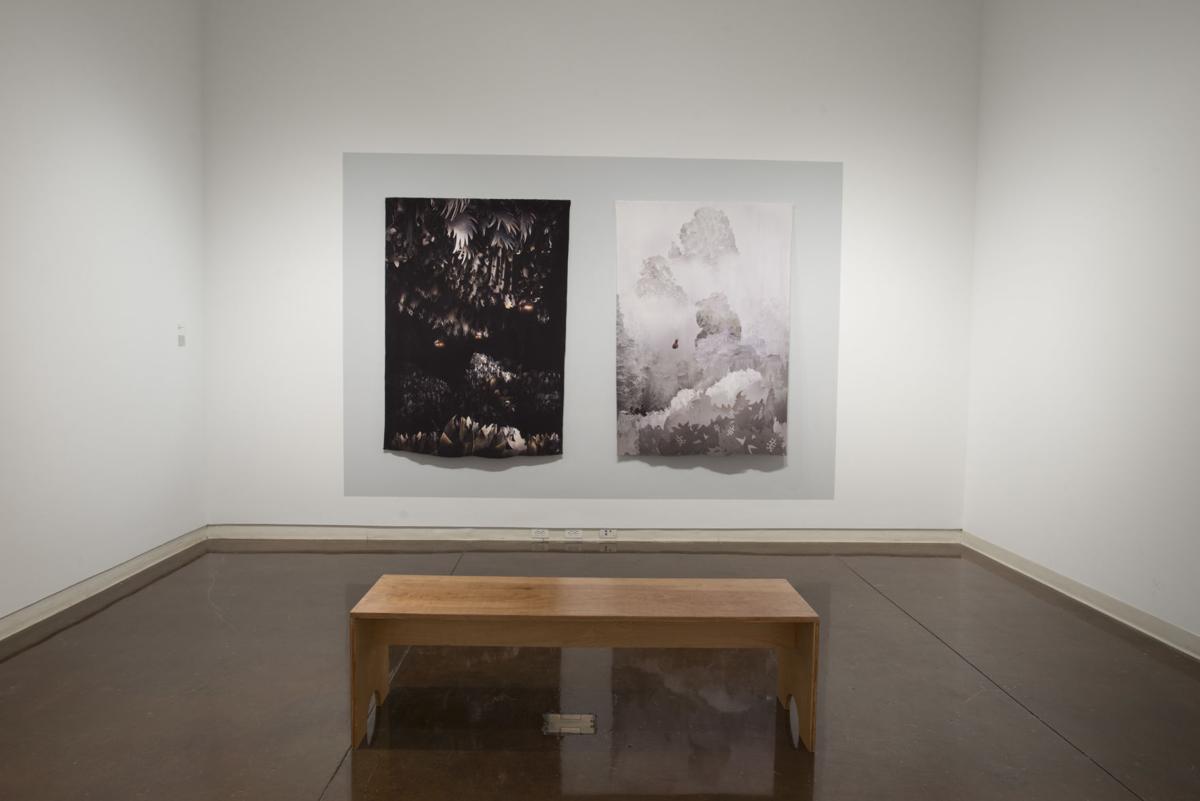 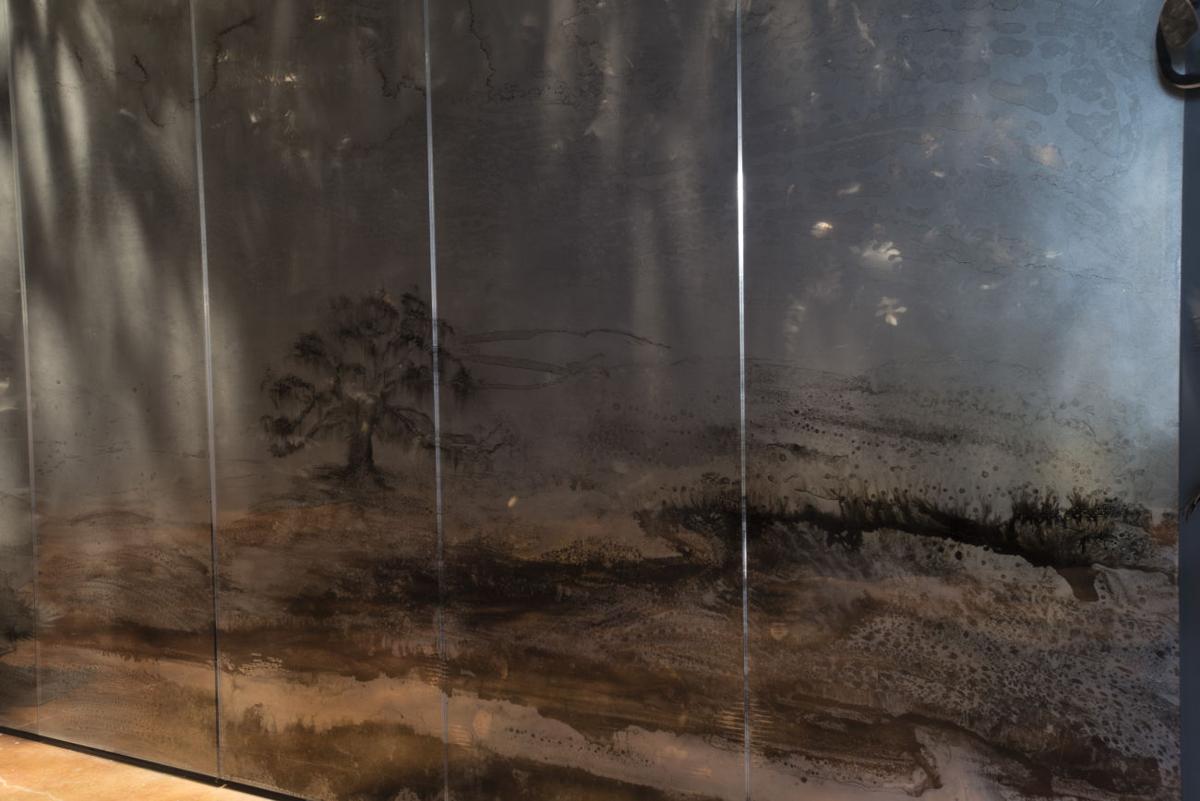 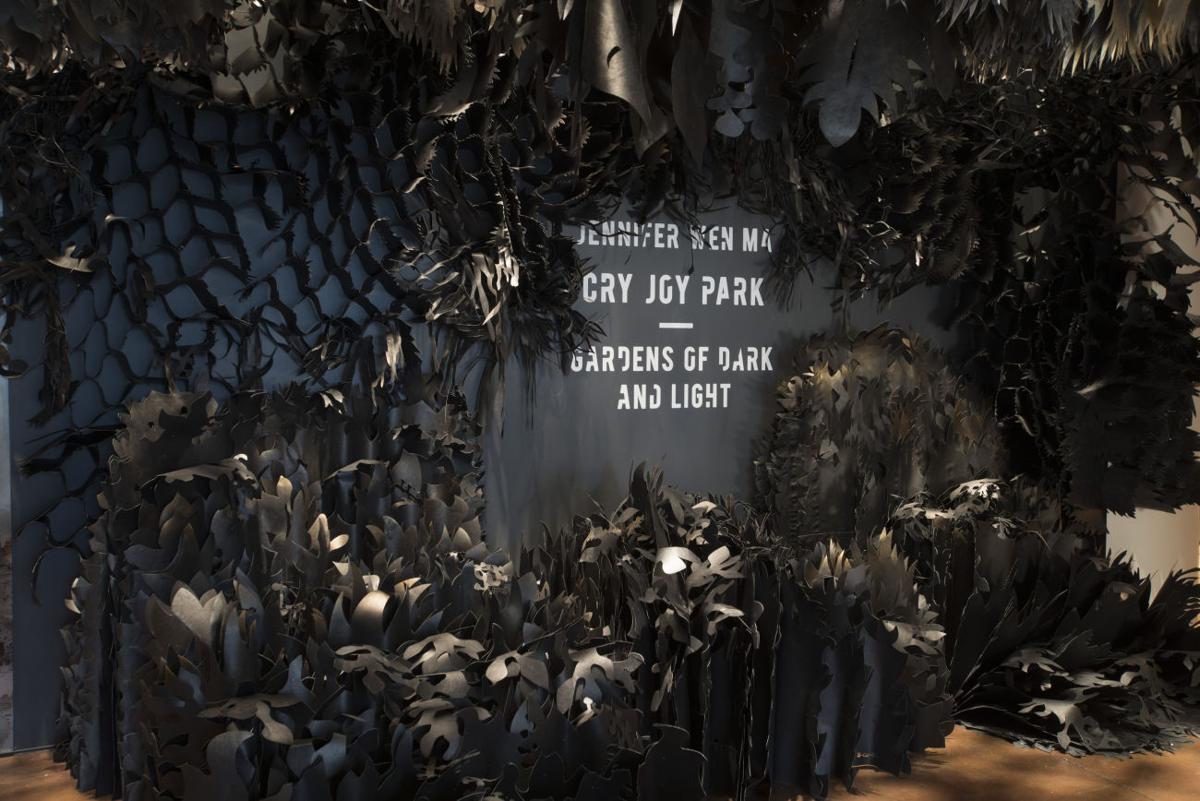 Jennifer Wen Ma first came to Charleston in 2015 as director and visual designer of Spoleto Festival's production of "Paradise Interrupted."

The artist, who designed a portion of the 2008 Beijing Summer Olympics opening ceremonies, has applied her creative talents across mediums. For the Olympics, she created grandiose visual displays that incorporated light and dance. For Spoleto, she created an "installation opera," a hybrid of performance and visual art.

That opera's premise has since blossomed (literally) into a visual art exhibit of utopian gardens examining the concept of paradise. Who builds these utopias? Who gets to enjoy them? Who is excluded from them?

The exhibition at the Halsey Institute of Contemporary Art, called "Cry Joy Park," features two juxtaposing gardens of dark and light that will be on display through July 6.

"Joy Park" is the rough English translation of paradise in Chinese. Ma added "Cry" to complicate the phrase a little bit, according to curator Bryan Granger.

"She's suggesting that utopias aren't necessarily what they're portrayed as, what they're set up to be," Granger says.

It took Ma two weeks to complete the installation, which examines utopias generally, as well as Charleston's version of one. While Ma has created the same installation before in Beijing, here in Charleston she's added special elements that reference the local community.

One is a formal dining room table, set with silverware and plates, with copper fruit and dark and light foliage dangling above.

"The community dining room is the element she chose for a city that's having a culinary moment," Granger says. "It also explores this idea of a communal feast in utopia and who gets invited to the table."

During the run of the exhibit, social activists in Charleston who focus on four issues — children and education; land and housing development; incarcerated people re-entering society; and food politics and justice — will be invited for a meal at the table together.

"It's often that those who help build a paradise are systematically excluded from being at the table," Granger says. "But Ma wanted to recognize them and spark conversation among them."

On three designated Saturdays, anyone can bring a brown-bag lunch to the table and join others in conversation. These "Luncheons in the Garden" will include performances by local musicians, dancers and poets relating to the issues that Ma has brought into question.

Those are the same ingredients used by the grandson of famed Charleston blacksmith Philip Simmons, Ade Ofunniyin, in a West-African traditional ceremony held May 4 honoring the remains of 36 African Americans discovered on the site of the Gaillard Center. Ma was so inspired by it that she added it into the exhibit, Granger says.

The rest of the exhibit features two textured "gardens," each conveying the concept of yin and yang. Ma doesn't want us to view them as gardens of good and evil, but each as a space with its own merits: We couldn't have one without the other.

Physically, these gardens are created with white-and-black laser-cut paper to resemble foliage.

In the dark garden, clusters of jet black foliage dangle low from the ceiling and close in on visitors from the walls, creating a womb-like atmosphere that could be perceived as either peaceful and comforting or jarring and claustrophobic. Granger said he's heard both remarks from visitors.

A motion-detecting hydraulic system moves one section of garden on the floor away from visitors as they approach, almost as if the leaves are shy. They're cringing, receding, hiding.

Lining the wall are reflective Plexiglass panels painted with black ink and silver acrylic spray paint. In the dark garden, the landscape is hard to make out because of the lack of light in the room. But up close, one can perceive a tranquil Charleston beachfront. A Native American figure can be seen one corner, looking out at the untouched coast.

A luminescent portal, the doorway from the dark garden to the light garden, is wrapped in thin white paper that visitors must touch to get to the other side.

"It's a botanical birthing canal," Granger suggests. "The dark garden births you into the light garden, which becomes everyday life."

On the other side is a bright, open, airy room radiating in natural light with high ceilings unburdened by looming foliage. Instead, the white foliage lines the walls in organized clusters. Smooth scrolls of hand-cut paper dangle from ceiling to floor in some places, adding texture.

On the Plexiglass wall, now bright and visible, the depictions are more contemporary and abstract, blurred. You see an image of developed Charleston, unlike the dark garden's wild and free nature. There is a city grid, one prominent church spire and then an abstract, tumultuous seascape. You see your reflection clearly.

Melodies issue from cello and clarinet, written and performed by a College of Charleston student, Zach Litchfield. You hear music from both gardens.

WHAT: Luncheons in the Garden