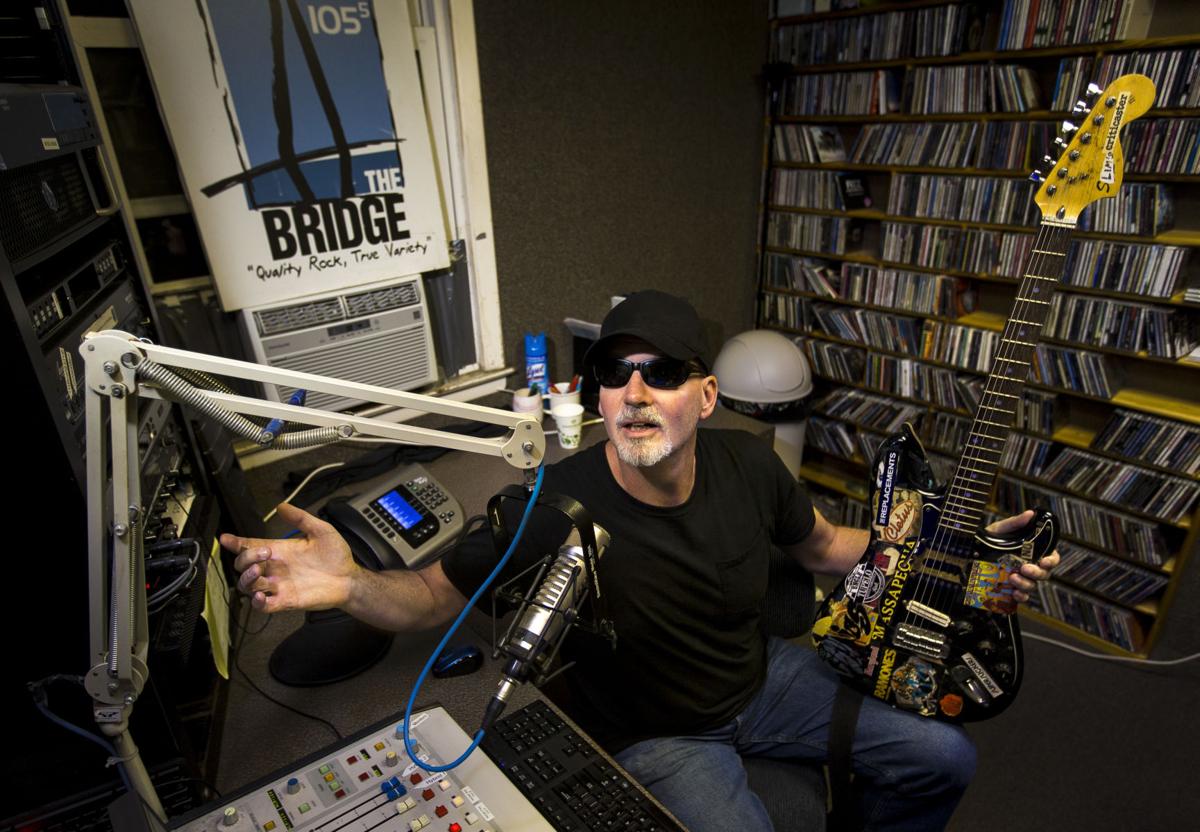 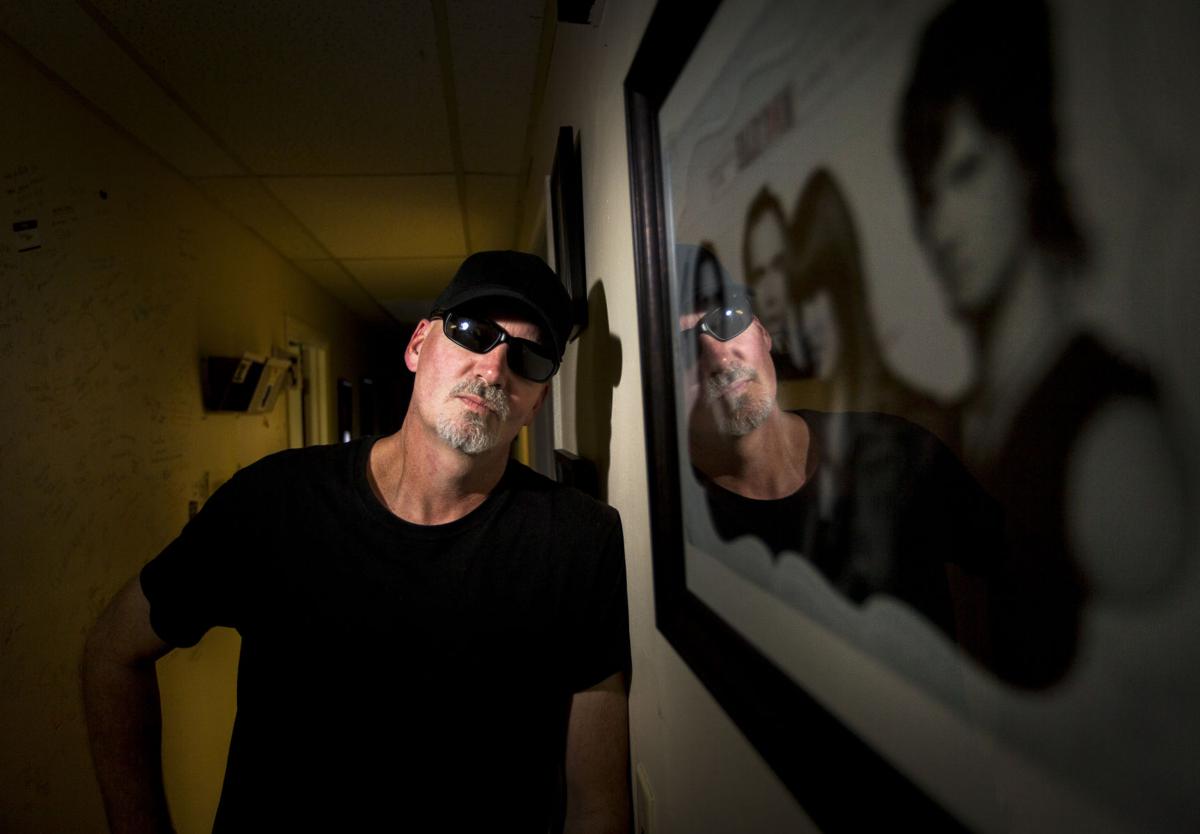 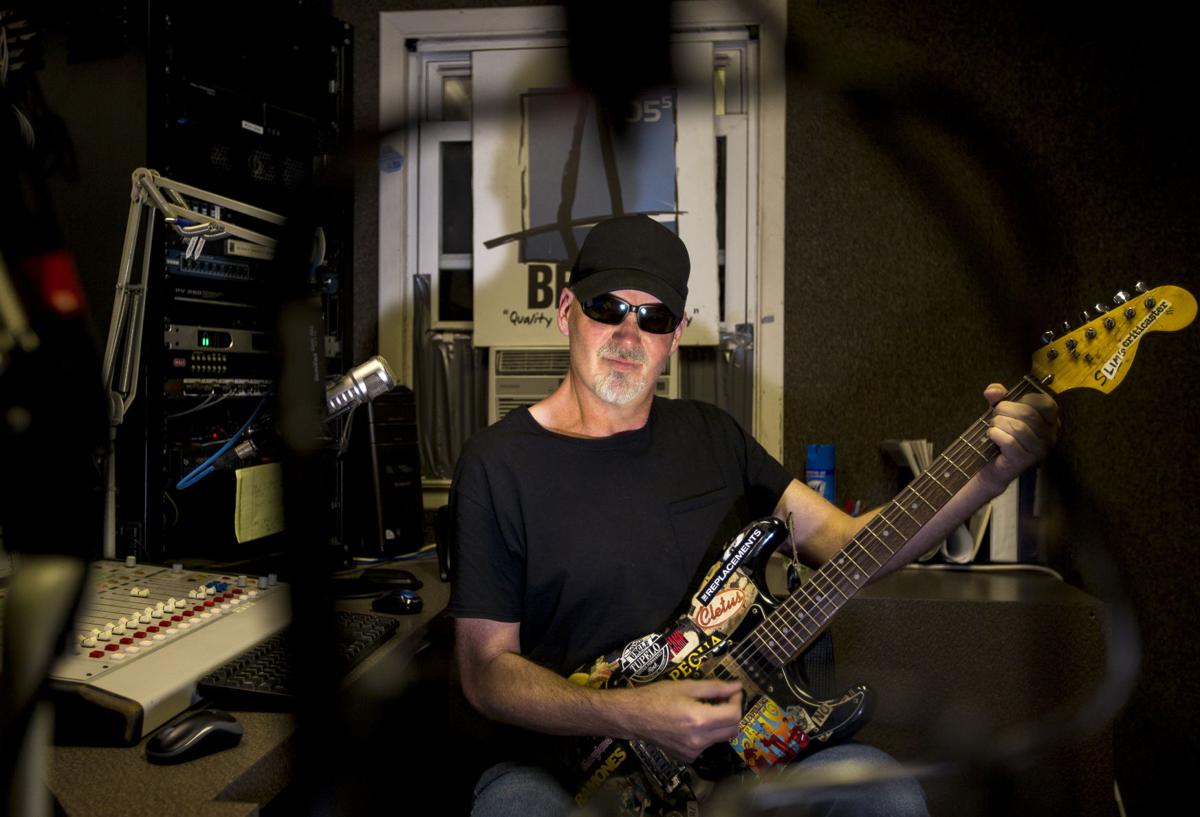 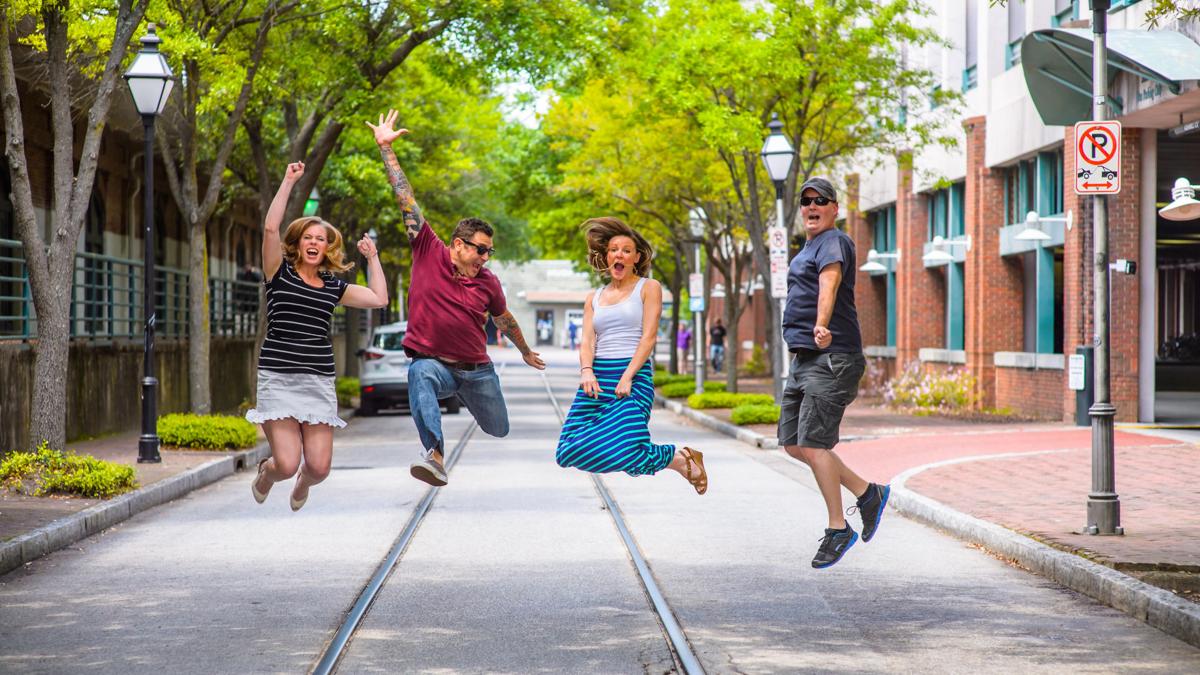 The Critic (right) has been on local radio waves for almost three decades. Now, he's on 105.5 The Bridge. Provided 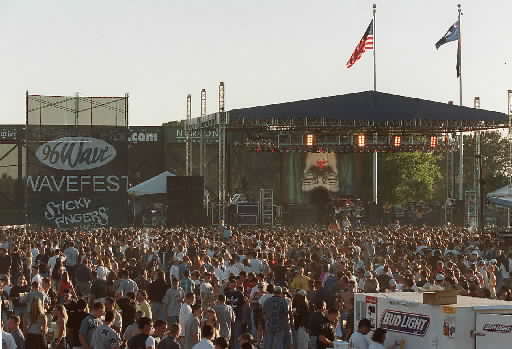 Crowds took to the field at Joseph P. Riley Park in this 2000 photo for a concert sponsored by 96 Wave. File 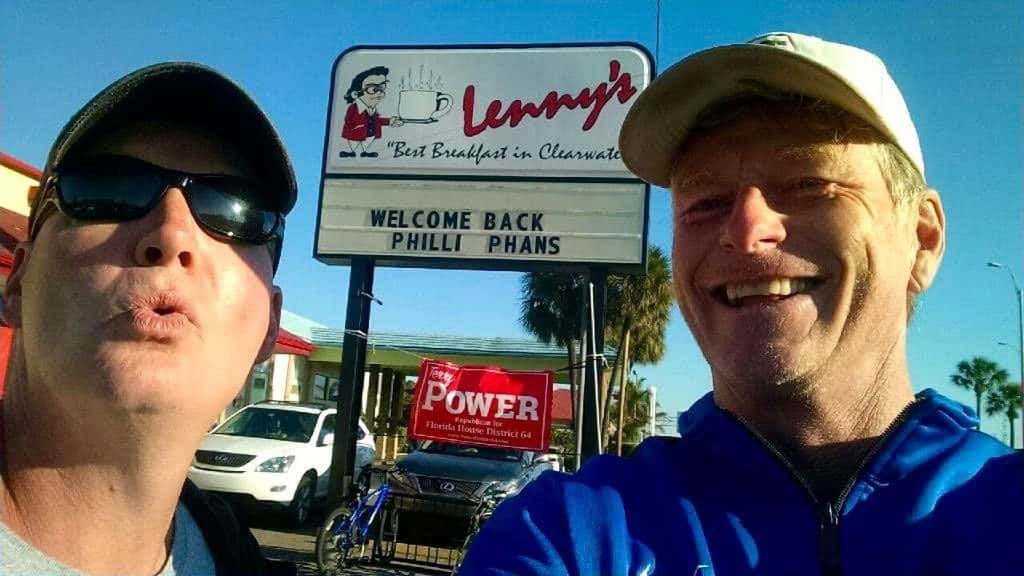 The Critic and his old radio co-host Atom Taler pose for a photo together during a "Trippin' with the Critic" adventure in March 2018 to Sarasota, Fla., for Major League Baseball spring training. They stopped for a bite at Lenny's. Provided

"I don't own furniture, I just have CDs," says the Charleston radio DJ, whose voice has been on local airwaves for almost three decades. You might know him as "The Critic."

I told him I envisioned a throne made of CDs in his living room, which prompted a laugh as he ate a soft pretzel at a Friday night South Carolina Stingrays game. The Massapequa, N.Y., native is a big hockey and baseball fan.

"Now, there we go!" he exclaimed at the thought.

Voigt was given his nickname by Woody "The Wood Man" Bartlett, founder of 96 Wave, a radio station now static but until 2007 a major force in the Charleston music scene. Bartlett dubbed him "The Critic" since he used to write album reviews for the Lowcountry's former alt-weekly The Charleston Free Times.

Voigt was never a big fan of the moniker, but after appearing on air during Bartlett's Sunday night "Cutting Edge" radio show in 1992 (the year he moved to Charleston from New York) using that name, he couldn't shake it, he says.

How he met Bartlett and became a radio personality is a bit cheesy: it involved delivering pizzas. A few slices of pepperoni and the rest is history. Once he infiltrated the radio crowd, Voigt's punk rock background (he had a New York band called The Cranks), general love for music and sense of humor lured the spotlight.

"Critic would hang out while I was doing the morning show with Atom Taler and then, one time, we dragged him on to be the third wheel," recalls former 96 Wave DJ Richard Todd, who now is with 105.5 The Bridge. "Critic was the guy always cutting up."

Voigt became a regular on that show, and soon he had his own show that eventually turned into "The Critic's Choice," a radio staple on Sundays. He still hosts that show, sometimes taking it on the road, a practice he started 25 years ago with a feature called "Trippin' with the Critic."

He journeys to other cities and records his show live from there. He calls it "the only DIY punk rock traveling radio show."

His first "Trippin' with the Critic" was at the NCAA College Basketball Final Four in Charlotte in 1994. One of his favorite adventures later took him to the Great American Beer Festival in Denver: three days of "every craft beer imaginable."

To him, that's as close to heaven as you'll get. Well, that or being in the pit for a Social Distortion concert.

"I opened my big mouth in January and said I was going to do 12 trips for 12 months, so here I am," he said with a shrug.

Looking back on his 96 Wave days, Voigt remembers what he says was "the best decade of music in Charleston." Hootie & the Blowfish were in the rise, Edwin McCain was strumming his guitar in the radio station lobby trying to get famous and the touring acts that played local venues like Myskyns and the old East Bay Music Farm were top-notch.

His greatest accomplishment at 96 Wave, though, was changing the law in Charleston County to allow Sunday beer and wine sales in a campaign that started with a petition and turned into a November 1994 vote.

Beth Davi, 52, a longtime listener, says she's bought Voigt a shot or two over the years at different events, long before he was voted "Best Radio Personality" two years in a row and then several more times by Charleston City Paper readers, and before he became the go-to host for events like Rockabillaque in North Charleston and Live & Local Thursdays with the RiverDogs.

"I've listened to The Critic since 96 Wave days," she says. "He's a Charleston institution. I love his enthusiasm for life."

DJ Kate Sampson, a colleague at 105.5 The Bridge, remembers first meeting him when she was an intern.

"I was pretty intimidated by him at first," she says. "His legendary status was not lost on me. I soon came to realize that Critic is easily one of the most approachable people I have ever met in my life. He's got a remarkable sense of humor, as well. His five tips for staying happy are no wife, no kids, no pets, no stress, no debt!"

"He's the only DJ that will play random but recognizable songs from artists like The Waterboys, Nick Lowe and Aztec Camera," Savage says. "He’s grown on the Lowcountry like kudzu."

Now, you can catch Voigt at a variety of weekly and special events around town. Just last Sunday, he emceed the City Paper Music Awards at the Music Farm. He's always at Charleston Beer Works for NFL football on Sundays. He attends Bay Street Biergarten's Charleston Underground Wednesdays, which includes live local musicians and visual artists.

He also picks the $5 "Bier of the Month." This November, it's the Catawba White Zombie.

"Keep the shots away from me," Voigt jokes, making sure it's known that beer is his beverage of choice. "Shots are evil."

In the 105.5 The Bridge studio on a Wednesday night, Voigt held up his prized Fender "Criticaster" guitar, plastered in stickers for punk bands like The Ramones and The Replacements. He owned it before he got his nickname, back when he was playing punk music in New York. He used to throw the guitar at the end of sets. A few cracks are held together with Elmer's glue.

Though radio has changed during his ride on the air, and Voigt's changed some from that punk rock kid playing live shows on Long Island, there's a comfort knowing The Critic is still around. He's become a constant in ever-evolving Charleston.

"I like that everyday I am a part of people's routines, a part of their lives," he says. "Radio isn't going away. And neither am I. Unless, of course, someone offers me a national show, along with a lifetime free bar tab."