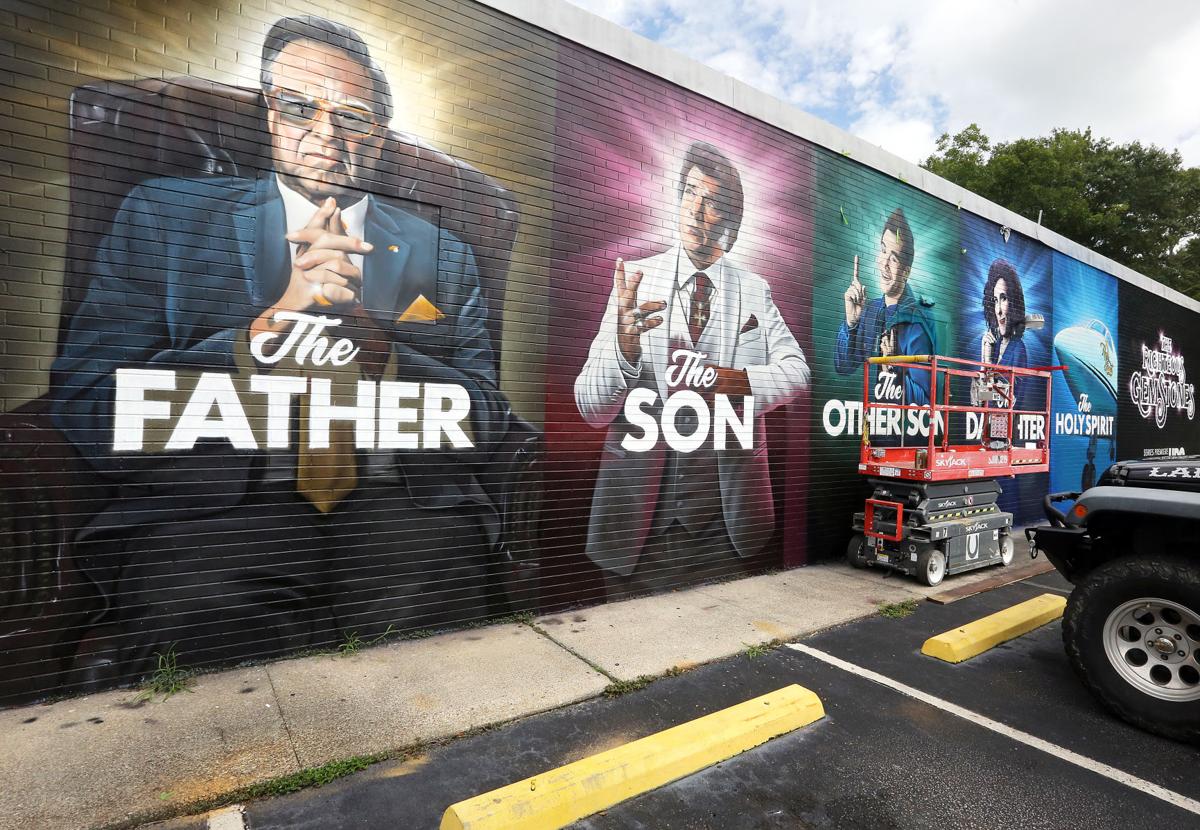 A new mural depicting characters from The Righteous Gemstones adorns the side of DB's Cheesesteaks in Avondale. The HBO show was filmed in Charleston. Brad Nettles/Staff 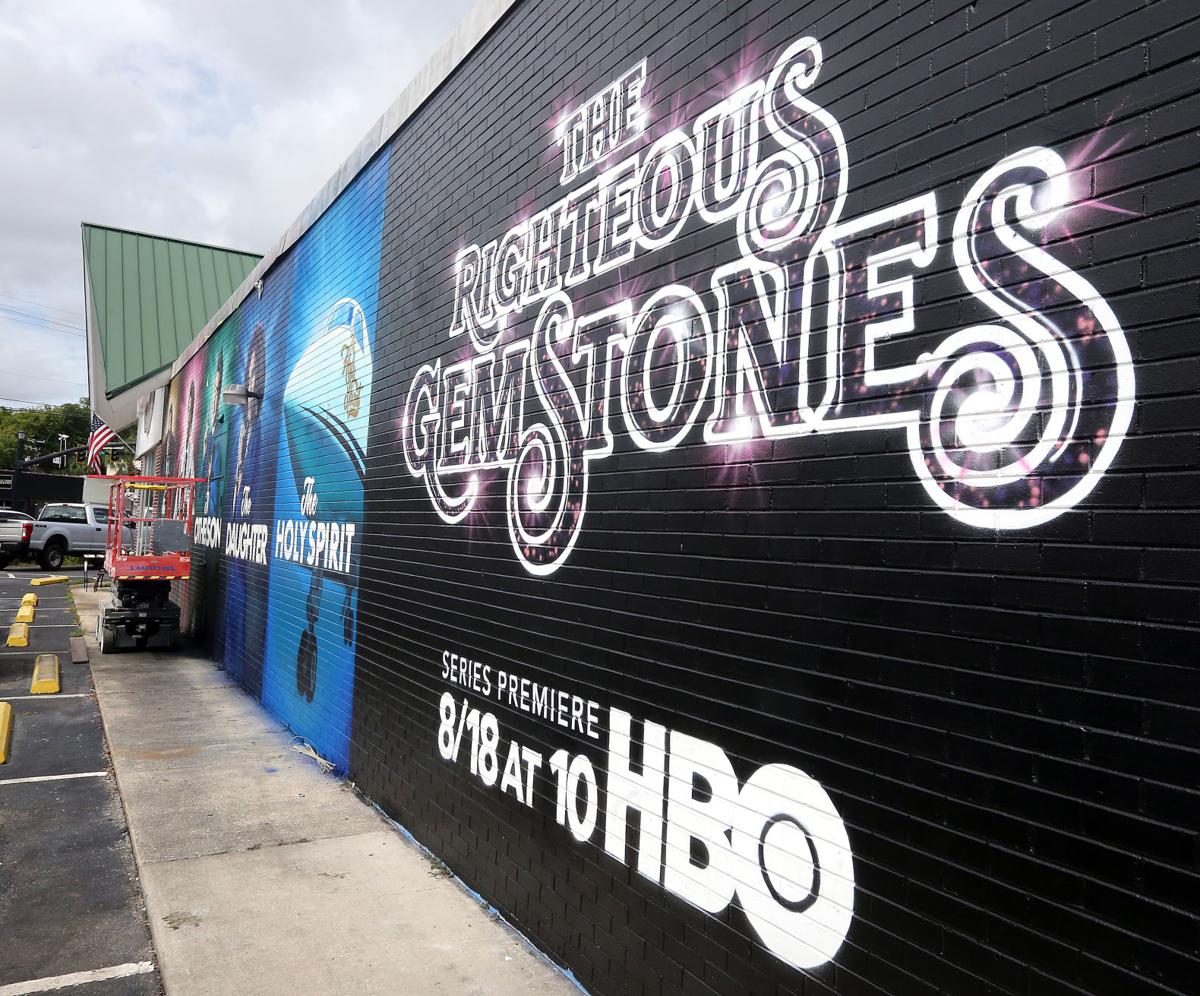 New episodes of "The Righteous Gemstones" air on HBO on Sunday nights. A mural depicting characters from the show was painted on the side of DB's Cheesesteaks in Avondale. Brad Nettles/Staff 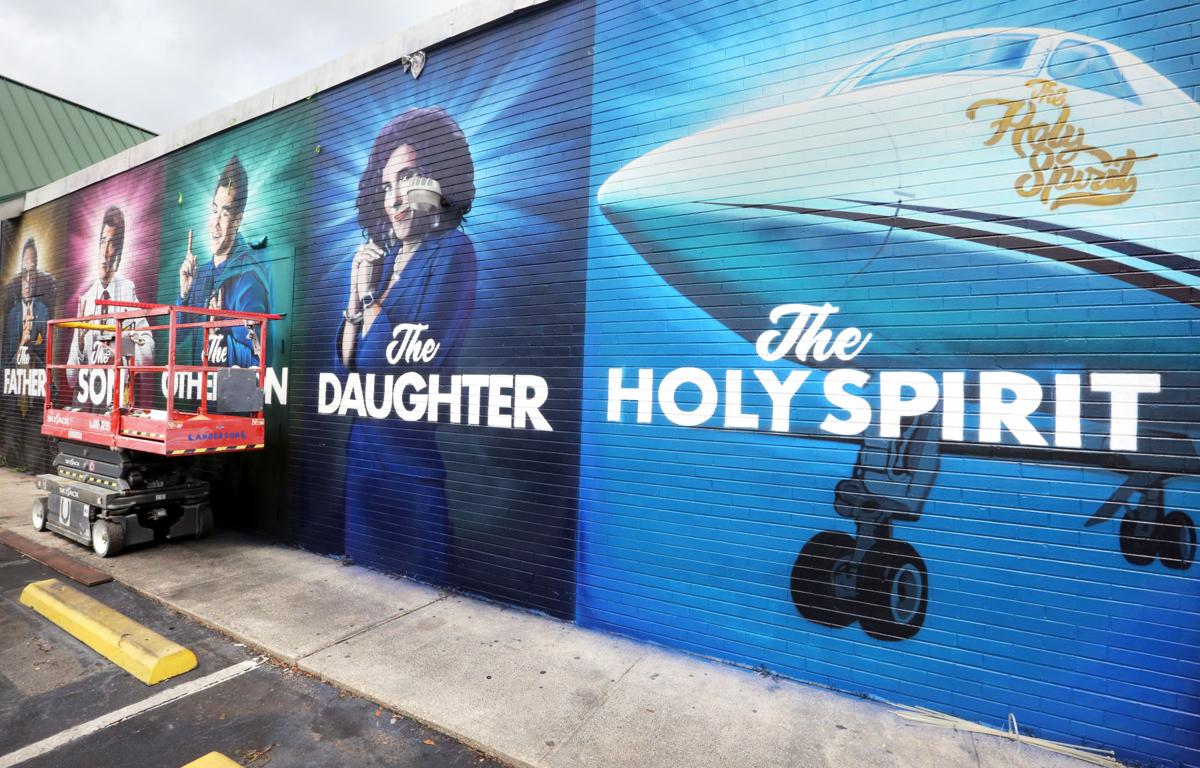 "The Righteous Gemstones," an HBO comedy series by Danny McBride about a greedy televangelist family, has made its debut. A mural promoting the show recently popped up in Avondale. Brad Nettles/Staff 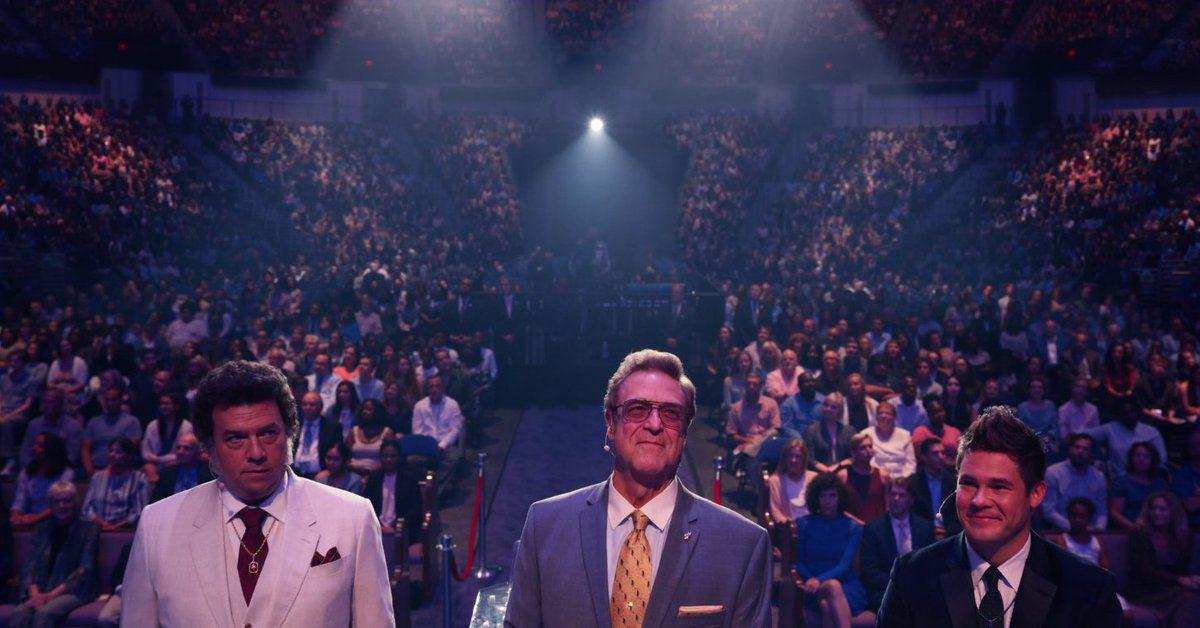 The North Charleston Coliseum was a featured venue in the first episode of "The Righteous Gemstones." Provided 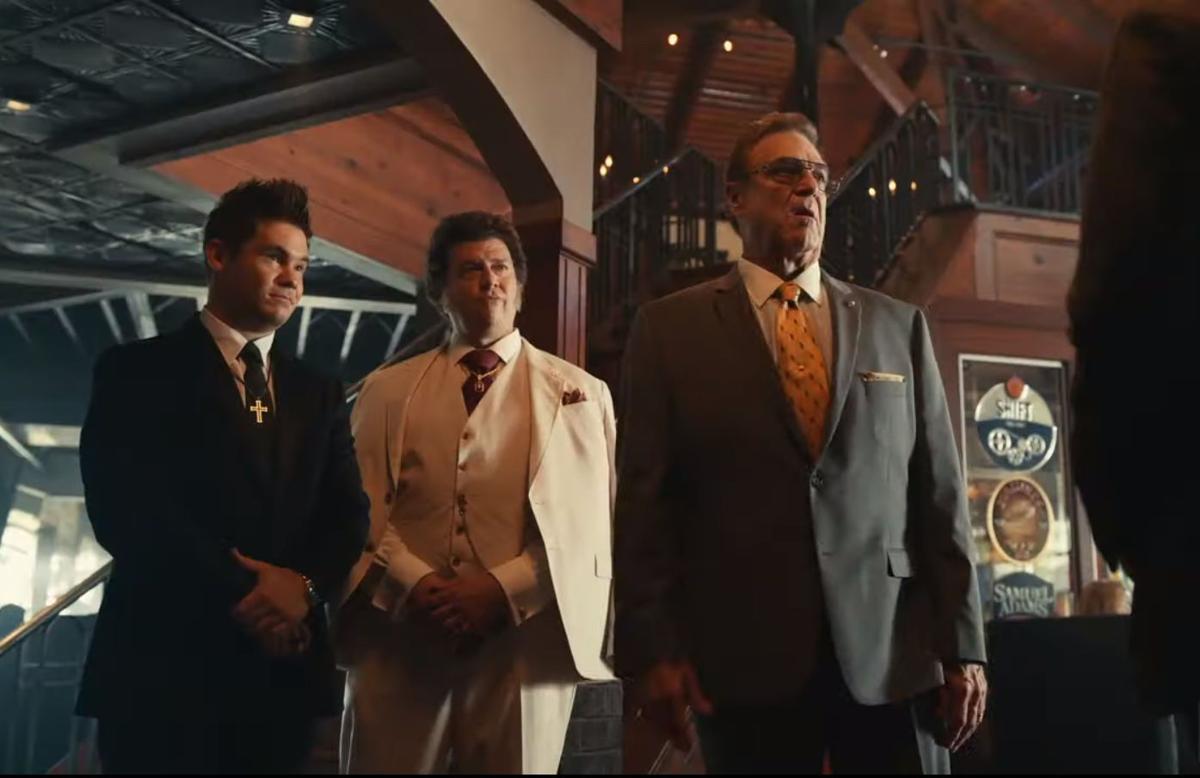 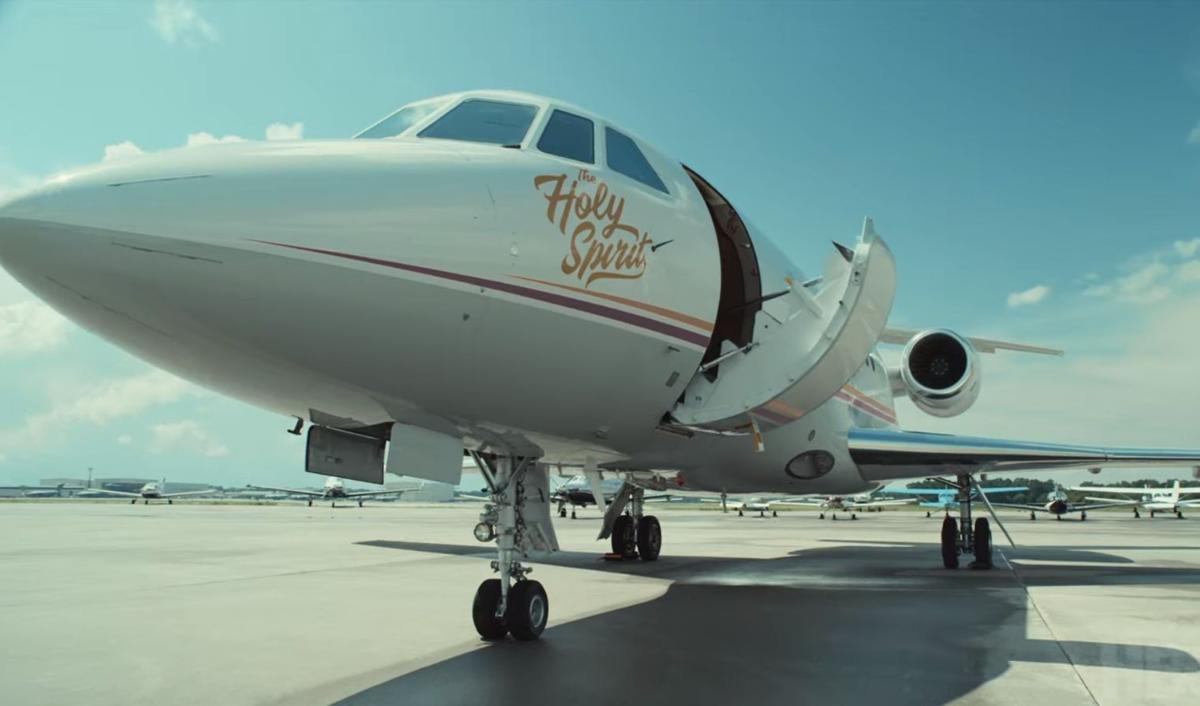 "The Holy Spirit" is one of the planes featured in "The Righteous Gemstones." Provided

A new mural depicting characters from The Righteous Gemstones adorns the side of DB's Cheesesteaks in Avondale. The HBO show was filmed in Charleston. Brad Nettles/Staff

New episodes of "The Righteous Gemstones" air on HBO on Sunday nights. A mural depicting characters from the show was painted on the side of DB's Cheesesteaks in Avondale. Brad Nettles/Staff

"The Righteous Gemstones," an HBO comedy series by Danny McBride about a greedy televangelist family, has made its debut. A mural promoting the show recently popped up in Avondale. Brad Nettles/Staff

A few different TV shows and movies have been filming in Charleston recently, and one of them premiered last Sunday to 844,000 viewers, the strongest opening for a comedy on HBO since Charleston-filmed “Vice Principals” in 2016.

"The Righteous Gemstones," the series by Danny McBride about a greedy televangelist family, has made its debut, and you might just recognize some of the Lowcountry scenes that were featured in the first episode. We watched along to see what specific places we could make out.

Send us your finds at koyer@postandcourier.com, and watch again on Sunday to see some additional locations. New episodes of "The Righteous Gemstones" air at 10 p.m. Sundays.

The baptism wave pool in the opening scene of HBO's "The Righteous Gemstones" was not, in fact, in China. It was actually located at the Whirlin' Waters Adventure Park in North Charleston, where the crew was allowed to shoot after hours. According to Danny McBride, the original scene was planned as a daytime baptism, but because the crew had to film at night, the script was switched to make it a 24-hour baptism in its 17th hour.

When the Gemstones land back in America from their mission trip overseas, they arrive on private planes (aptly named "The Father," "The Son" and "The Holy Spirit") at a place one might initially assume is the Charleston International Airport. However, the hangar and runway actually belong to a private airport nearby, Atlantic Aviation.

It's no longer the North Charleston Coliseum. In "The Righteous Gemstones," the local entertainment venue that hosts touring musicians and hockey games has been turned into the Gemstone Salvation Center, a megachurch. During a church service, the coliseum's thousands of seats are filled with extras, while the Gemstone family patriarch, Eli (John Goodman), and his sons Jesse and Kelvin (Danny McBride and Adam DeVine), are on stage sharing about their mission trip to China.

A choir sings and a church rock band plays on the coliseum stage during the scene, while the lobby and other locations in and around the building also are shown.

"The Compound," according to executive producer Brandon James, is actually a conglomeration of locations around the Lowcountry. It's made to look like one large property where each of the Gemstones live with their families, with mansions, extensive gardens, fountains and even a shooting range. Some of the scenery is located on Wadmalaw Island, while Eli Gemstone's main mansion with golden doors is the Fenwick Hall plantation house on Johns Island.

"We stitched it together with movie magic," James said.

Did you recognize RimTyme, Leslie's Pool Supplies, At Home and U-Haul as the storefronts in the parking lot where Jesse Gemstone meets up with his blackmailers? It's the Aviation Square Shopping Center off Rivers Avenue in North Charleston.

For the lot's first appearance on screen, the devil-masked blackmailers drive a maroon van in circles around Jesse's car, the neon store signs glowing familiarly at a distance. During the lot's second appearance, siblings Jesse (Danny McBride), Kelvin (Adam DeVine) and Judy (Edi Patterson) all roll up in a white Land Rover, ready to hand over the requested $1 million in exchange for a raunchy video in which Jesse can be seen doing cocaine with prostitutes. In that scene, the scheme goes amiss, and both blackmailers meet their fates in quite the action-packed scene.

After church, the Gemstones head to a restaurant that they apparently visit every Sunday, "Jason's." That restaurant, with its recognizable facade, interior decorations such as the Statue of Liberty crown art rendering, colorful stained-glass windows and beer signs, is actually the former Liberty Tap Room (before that, it was T-Bonz) in Mount Pleasant, off U.S. Highway 17 near the Chick-fil-A.

Goodman was spotted over the weekend at a Yankees game sporting a Charleston RiverDogs cap.

"The Righteous Gemstones" is Danny McBride's latest Charleston-filmed project to premiere on HBO, and one local artist has been riding the wave of the local actor and producer.

But what to do with the corpses? Could it be possible to revive them somehow?

Amen! The first season of "The Righteous Gemstones" isn't finished, but HBO already has renewed the series for a second season.

Charleston Scene sits down with Danny McBride to talk more about the filming of "The Righteous Gemstones."

Filmed in Charleston, the Danny McBride comedy series sought hundreds of local crew members, actors and extras to be a part of the production.