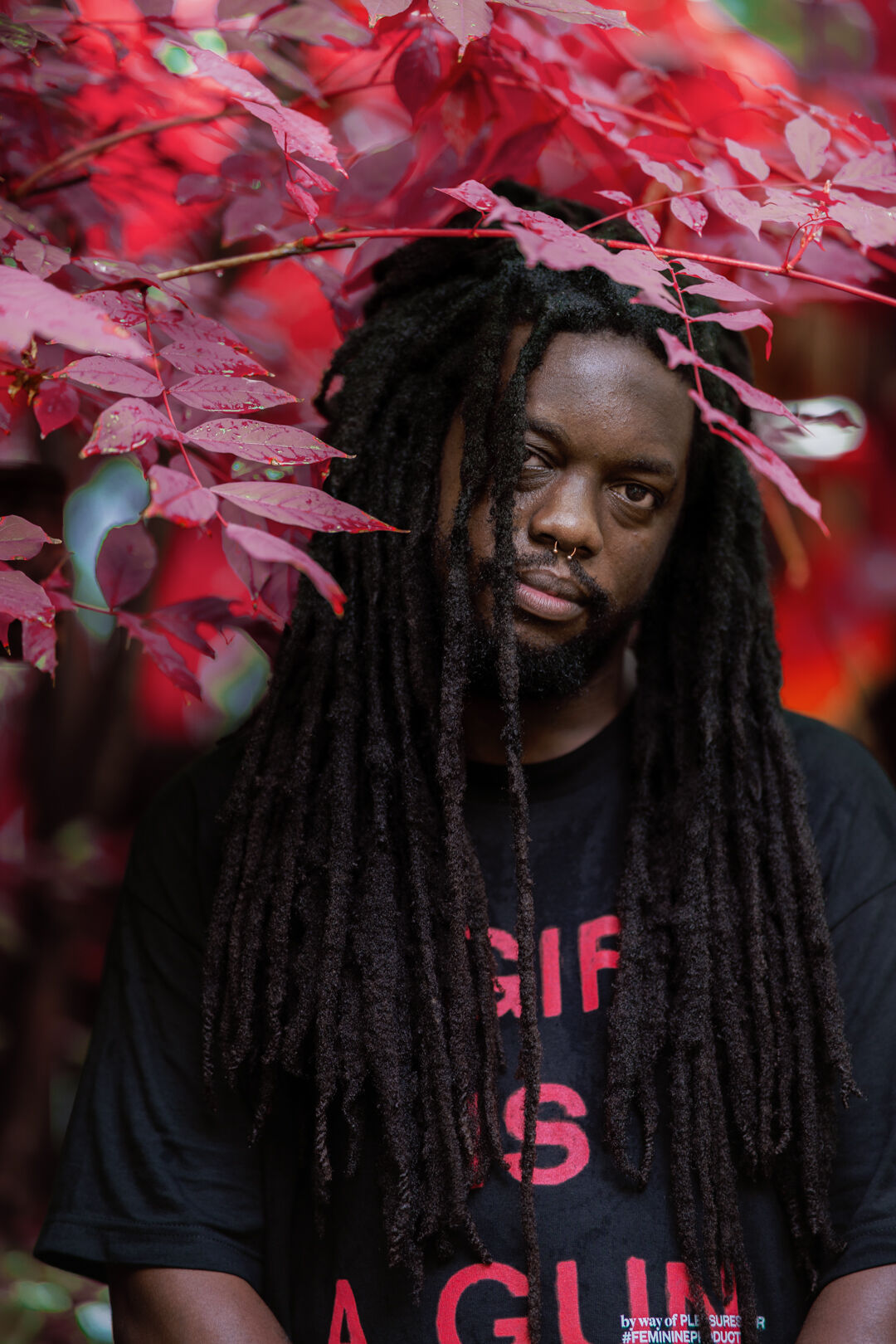 Dave Curry, who produced a compilation album of South Carolina hip-hop called "Amethyst," has also been working on a personal project this year. Jordan Tarrant/Provided 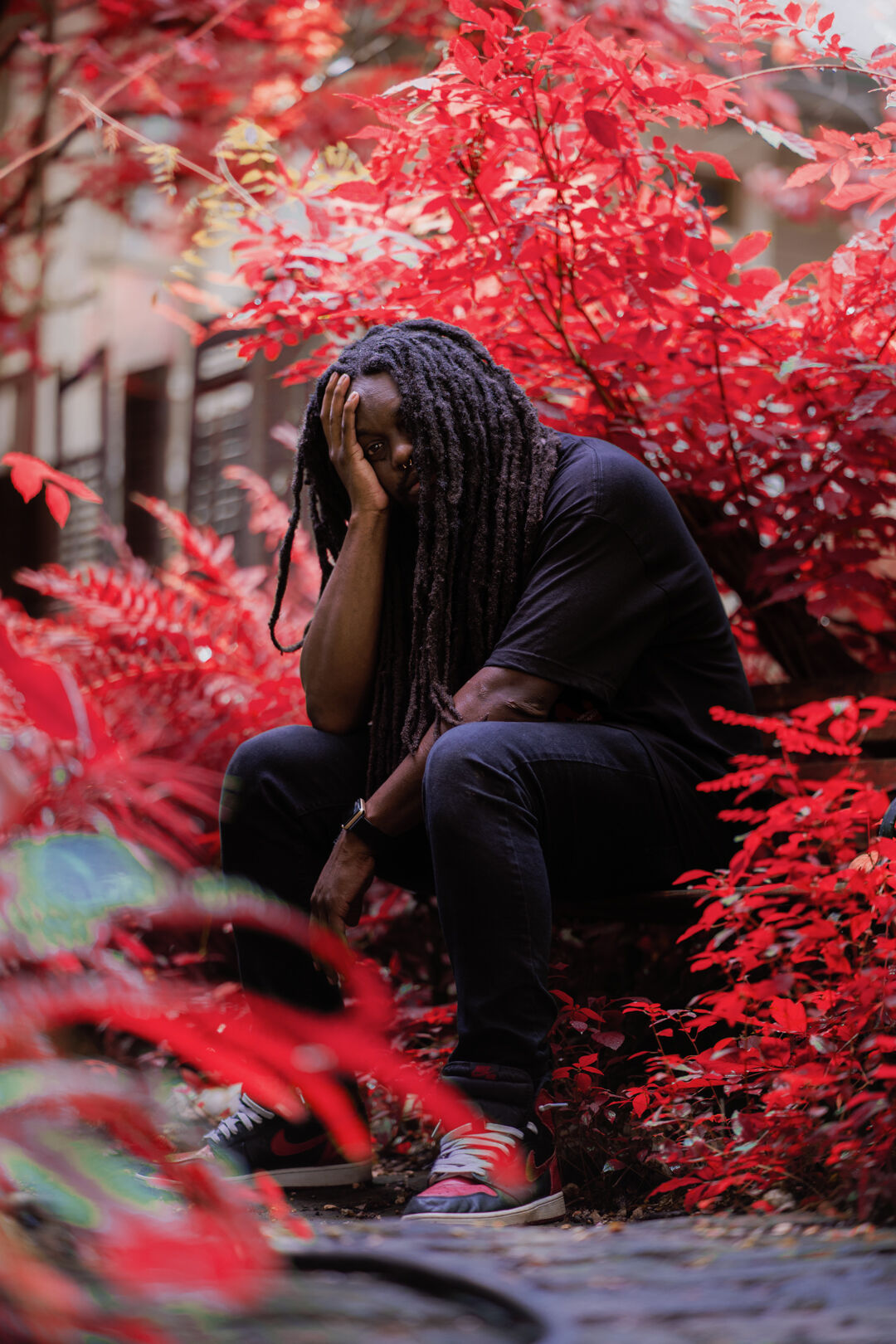 Dave Curry has been working on music every day this year, even on days he doesn't feel inspired. Jordan Tarrant/Provided 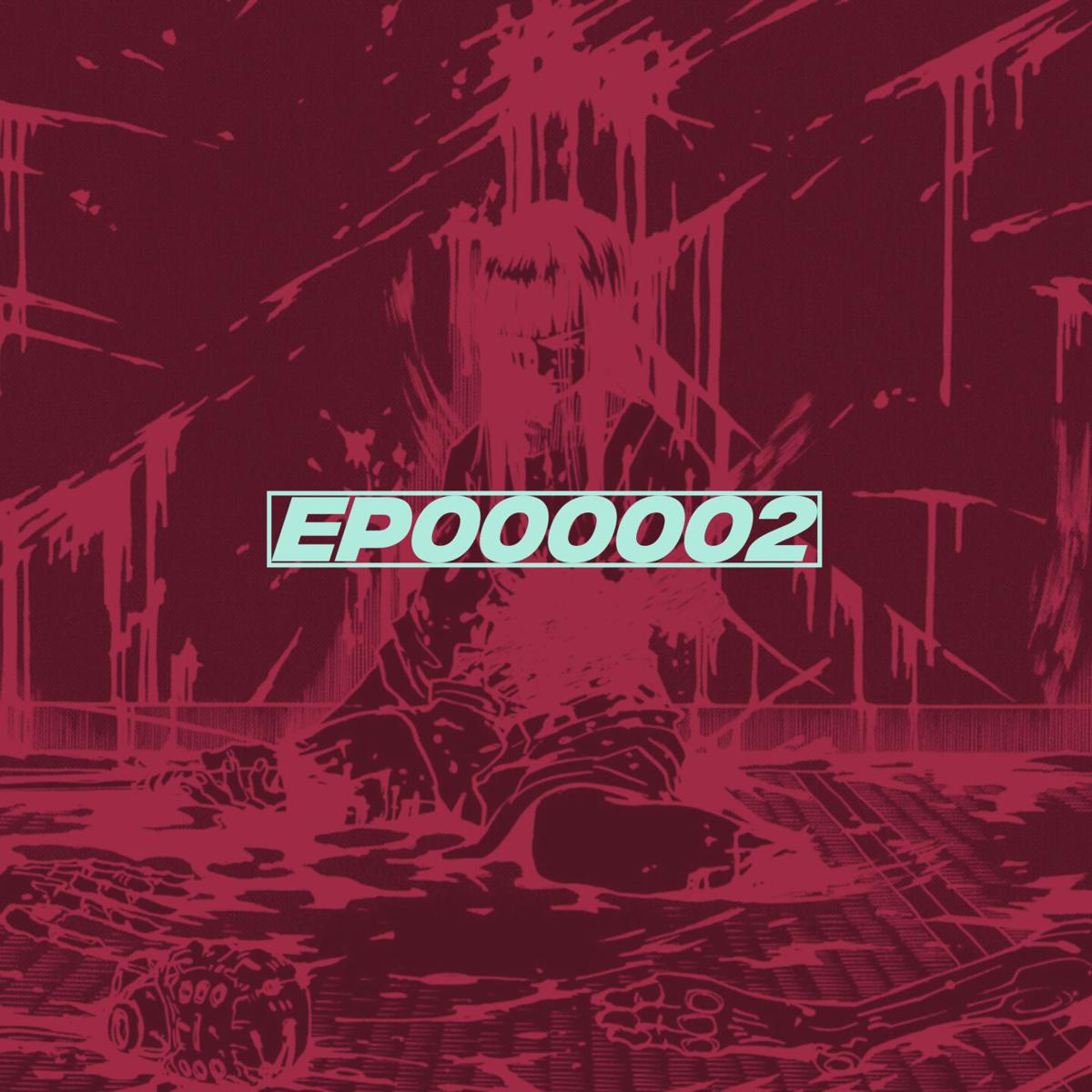 Dave Curry has made a beat a day and an EP every month in 2020. Dave Curry/Provided 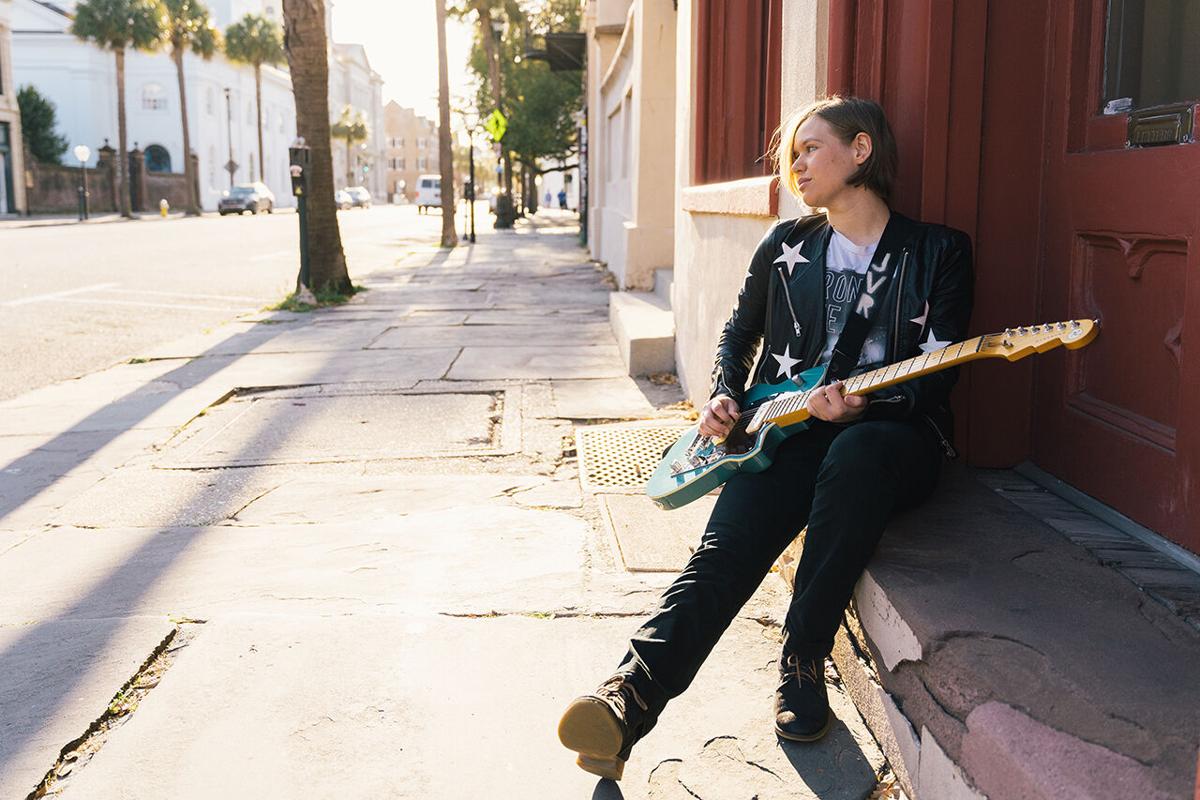 Jay Van Raalte has been sitting on an unreleased album without the opportunity to play a release show. Mike Ledford/Provided 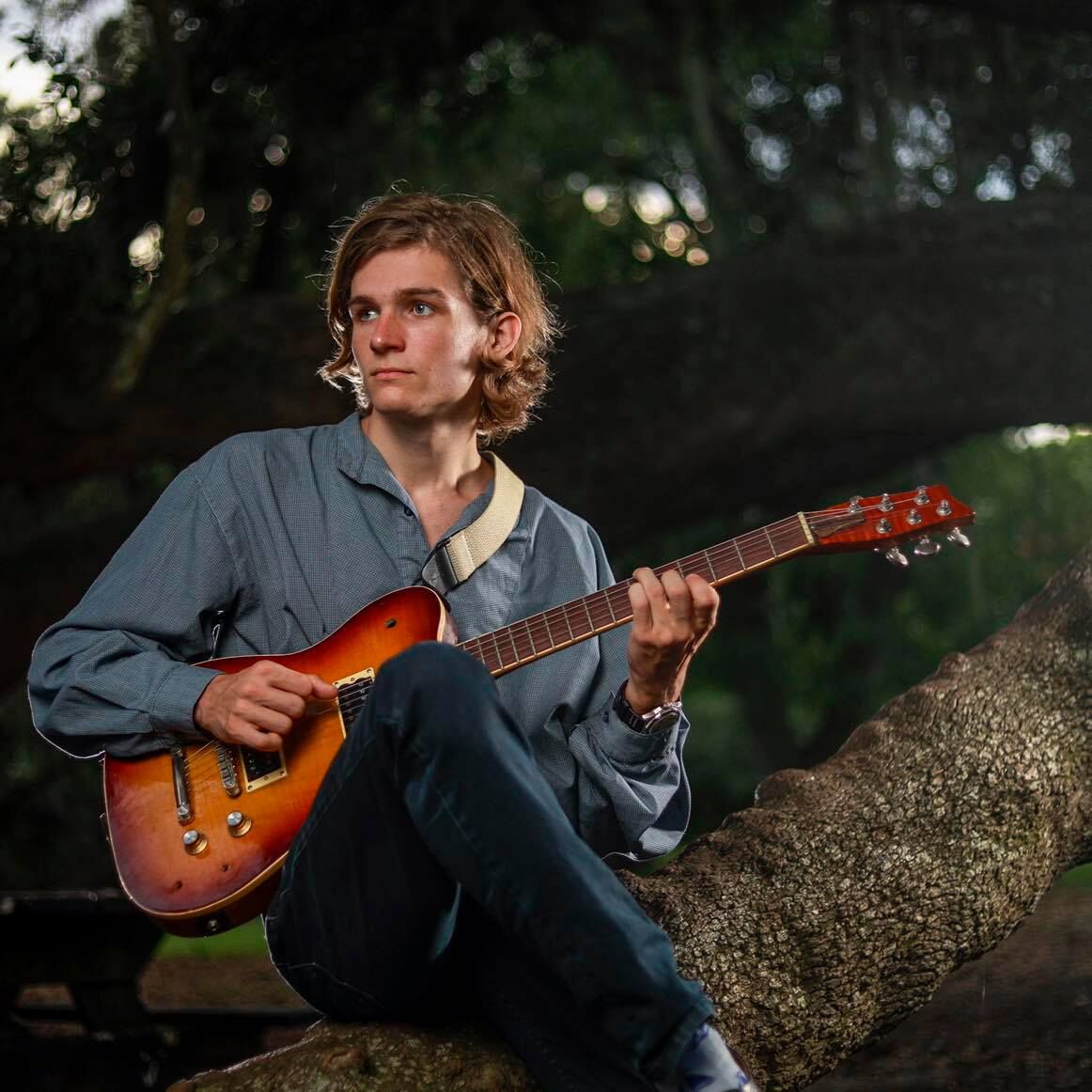 Jesse Shafer has not found inspiration in solitude. Andrew Whitaker/Provided 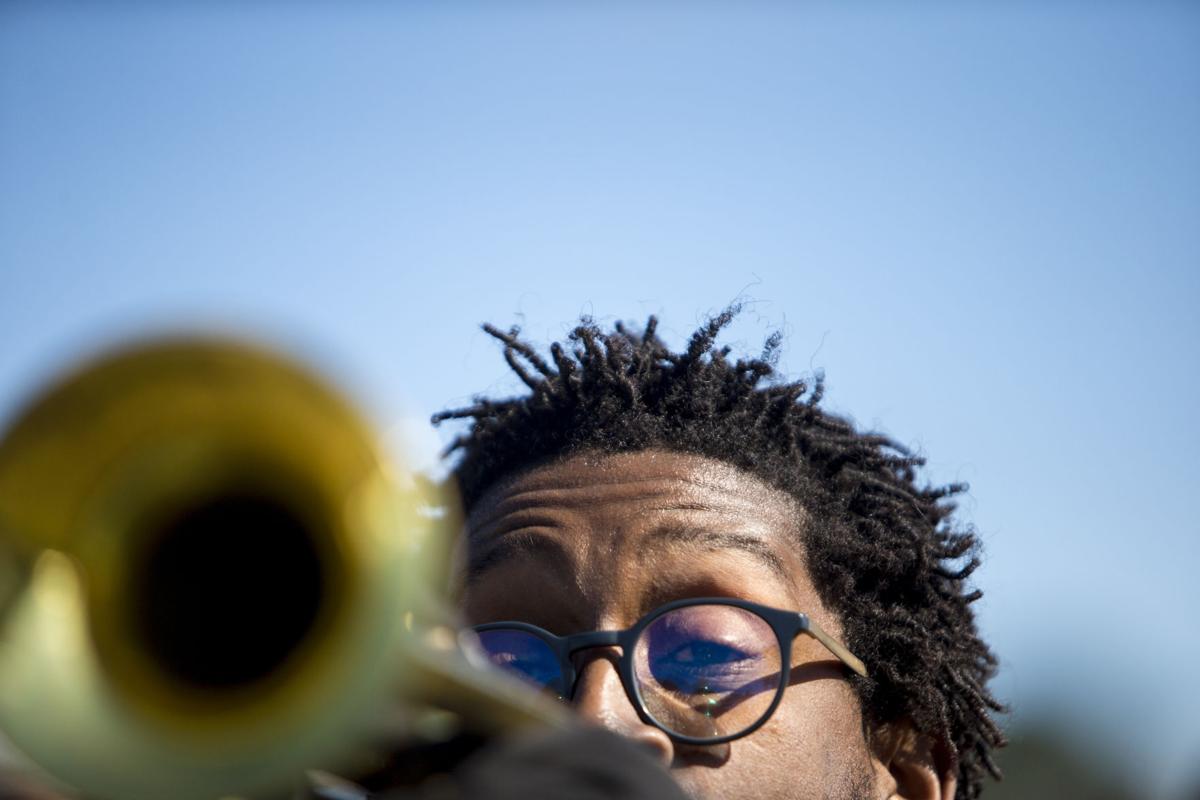 Patrick Marzett plays the trumpet during the Steeplechase of Charleston at the Plantation at Stono Ferry in Hollywood. During the coronavirus, he's been recording from home. Andrew J. Whitaker/Staff 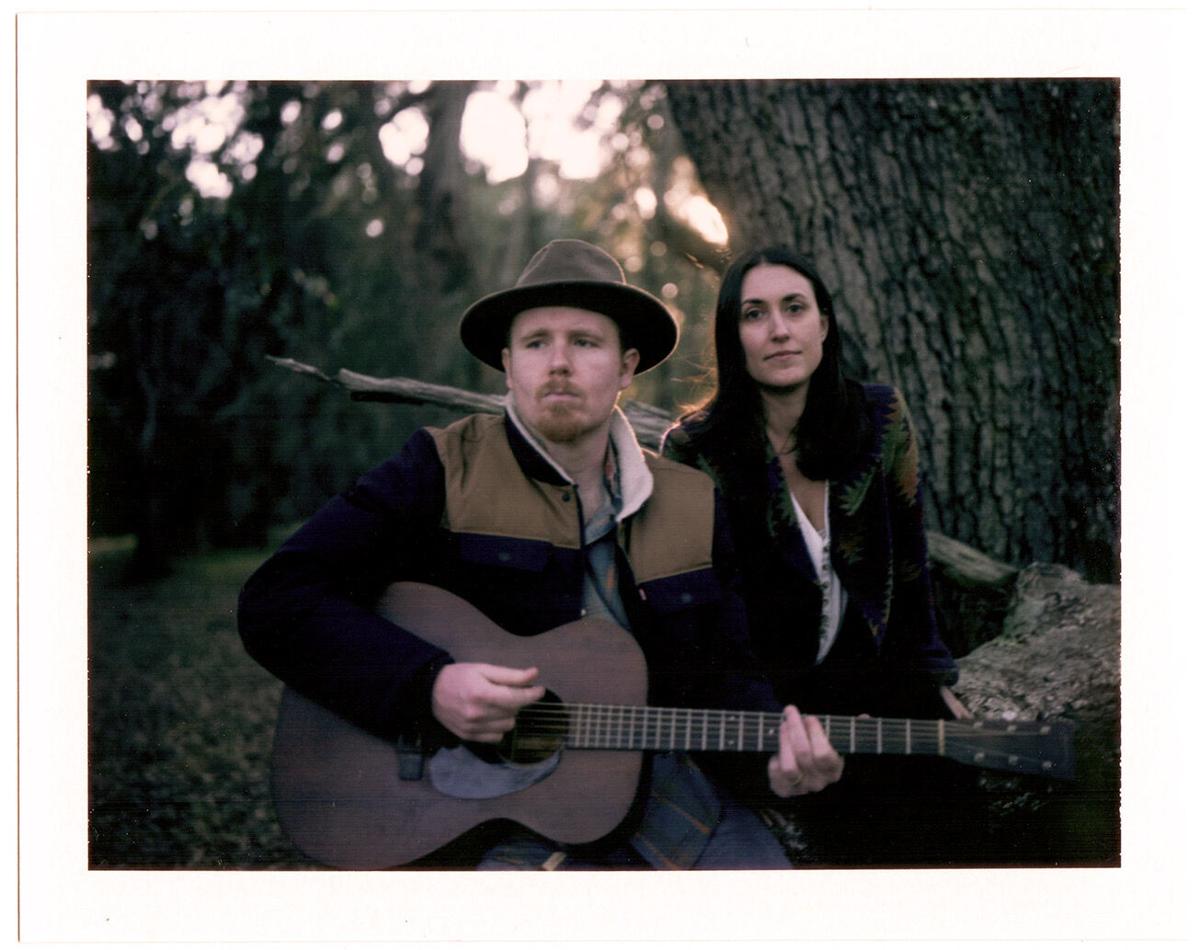 The High Divers, Mary Alice and her husband, songwriter and guitarist Luke Mitchell, headed off to New Mexico for a songwriting retreat. Zach Hellmuth Studio/Provided

Dave Curry, who produced a compilation album of South Carolina hip-hop called "Amethyst," has also been working on a personal project this year. Jordan Tarrant/Provided

Dave Curry has made a beat a day and an EP every month in 2020. Dave Curry/Provided

Relying on creativity for one's fulfillment and livelihood can be a tough task, as inspiration ebbs and flows.

During an unprecedented time on our globe, finding a spark has been auspicious for some local musicians with newfound time on their hands and challenging for others who have struggled to find their muse amid the anxiety and uncertainty.

The songwriting process works differently for each artist, and the outside environment's impact plays a significant role in shaping the outcome. But just how artists have found their stride or faltered and pivoted during the coronavirus falls within a more diverse spectrum than might be imagined.

It's not simply those who livestream and those who don't. It's not a sudden burst of inspiration for all who have more time on their hands. And it's not a lack of trying for those who simply can't find the beat amid the cacophony.

Financial strain, forced solitude and unforeseen horizons have all had a different effect on Charleston's many talented artists. Here are ways a few of them have weathered songwriting and recording during the last seven months.

Local artist, producer and beatmaker Dave Curry set a goal for himself at the end of 2019 to create a new beat every day and a new EP each month. It was a monumental task, even before the coronavirus hit — a challenge that the multifaceted creator has upheld.

Curry — founder of fashion brand Charleston Hype and organizer of the "Amethyst" recording session that included collaborations from more than 40 South Carolina hip-hop artists and producers — took this self-induced project as an opportunity to hone his skills and creative process. He also designs the accompanying artwork for each beat and EP, which he shares often on Instagram.

Nearing 300 beats and 10 EPs, Curry has found power in routine and discipline, despite the days he feels drained. Some days, he can make a beat in 20 minutes. Other days, it can take two or three hours.

"There are people who make music when they feel things, but not everyone who works in a creative field can do that," said Curry. "I've had days where I've gotten into bed and then realized I hadn't made a beat all day and had to get up."

Also a graphic designer, Curry has many uninspired days when he still has to get a project done for a client. He's applied that to creating beats. And as online streaming picked up during the coronavirus, he was quick to pivot to Twitch, a platform where gamers and other creatives can livestream and chat with fans about their talents and projects.

He hopes to turn that into a revenue stream at some point. In the meantime, he will keep making beats through the end of the year, creative days or not.

Local musician Jesse Shafer, who plays pedal steel with Nathan and Eva, accompanies jazz vocalist Gillian Kohn, plays in Wolfgang Zimmerman's project Invisible Low End Power and also has his own solo endeavor, has had a hard time tapping into his creativity during the pandemic.

While solitude can, for some, remove outside distractions and provide an innovation vacuum, Shafer has instead found the monotony unstimulating.

"I tend to create music as a response to what I observe in day-to-day life," said Shafer. "As the days seem redundant, there are very few new experiences for me to reflect on and be inspired by."

As the entertainment industry crumbled and Shafer's usual 100+ gigs a year were canceled, he also questioned the practicality of continuing to pursue a music career.

"While, of course, one should create art for art's sake, when push comes to shove, it's scary to devote your time and effort into something that will get lost in the massive amount of information people are having thrown at them right now," he said.

A jazz student used to practicing guitar six to eight hours a day, Shafer found himself struggling to even pick up the instrument. Lacking songwriting motivation, he's managed to force himself to keep working on his technical abilities and pick up a gig or two here and there now that concerts are working their way back into the calendar.

"I can imagine that in hindsight I will look back at this time and find inspiration from it," Shafer said. "...but at the same time can't help but accept that things are just not going to be the way they were before."

Patrick Marzett, learned how to self-record

The trumpet player for reggae outfit The Dubplates and funk-fusion band Illa Zilla has been learning to self-record during the pandemic. Socially distanced band practices and separate home recordings are two things Patrick Marzett never knew he'd be doing.

But he's taken on both challenges and thinks that Illa Zilla is better for it. Recording from home has meant being able to put more time and thought into each song versus a quick studio session that can drain a bank account

"We've changed up certain songs and make them even funkier than before," Marzett said. "It's kind of cool that we've gotten to adjust some of our originals from how we play them live."

And Marzett and his bandmates all have some audio engineering history that they've been able to apply to long-distance recordings that are shared via Google Drive.

It's been a work in progress, though. Marzett had to buy audio gear and learn a new recording software. When a song is complete, everyone has a round at mixing.

"Playing and listening are two different things," Marzett said. "But this process has been more personal because we're getting to really evaluate it and edit it ourselves. It's the ultimate creative control."

In his sunroom, despite the fan blowing toward the microphone and someone mowing their lawn outside, Marzett has made his home studio work; he's had to.

Charleston rock band The High Divers was getting ready to head to the studio to record with Sadler Vaden of Jason Isbell and the 400 Unit and Eric Slick of Dr. Dog when the pandemic derailed their plans. It was early March, and their studio time was set for April.

"At the time, we thought maybe we were overreacting, but looking back, I'm glad we canceled," said singer and keyboardist Mary Alice Mitchell.

Instead, Mary Alice and her husband, songwriter and guitarist Luke Mitchell, headed off to New Mexico for a songwriting retreat. It's an annual tradition for the couple, but anxieties rose as news of the coronavirus' U.S. spread reached them at their desert AirBnb. Luckily, a stray Jack Russell Terrier that they found on the side of the road and called "Po" lifted their spirits. They took him on their trip.

"He cheered us up," Mary Alice said. "We were watching on social media as all our friends were canceling tours, and he kept us from getting super bummed."

On that trip, they ended up writing about 20 songs in a creative whirlwind. They then moved in with Luke's dad at his house just outside of Asheville. (Po was adopted by their friends.)

In Asheville, they've been working on creating a studio of their own, with an attic bedroom that can serve as a sleeping space in what they hope to be an artist retreat. They've filled their time they would typically be touring with fixing up that space.

"We'd love to get people up here from Charleston that need a getaway from the city or whatever they’re going through," said Luke. "We're also hoping we can turn it into a nonprofit, so it can be something that's affordable for everybody, whether they want to record demos or albums or podcasts, whatever."

The plan is to break in the studio with the next High Divers album.

Much like The High Divers, local rocker Jay Van Raalte was getting ready to release new music when the pandemic arrived. Unlike the Divers, though, the guitarist for Jump Castle Riot had already recorded a new solo album and had a 21st birthday weekend release show planned in early April.

Van Raalte decided to postpone the album release until an in-person concert could be had.

"I put so much work into it that the idea of just throwing it up on Spotify with no celebration or promotion is not appealing," said Van Raalte. "Admittedly, when I postponed the release, I was thinking we'd reschedule to summer or fall, not indefinitely."

As time has passed, Van Raalte's sound has adapted, and the album is now a distant memory compared to new music in the works. Still, Van Raalte stands by the project.

"It's still something I'm extremely proud of, but it doesn't feel so much like it represents the musician and person I am at this exact moment," Van Raalte explained.

Now, more than half a year later, Van Raalte is debating just waiting until next April for another try at a birthday weekend album release.

"I feel like things are still so up in the air that planning a live show now is just asking for it to get canceled all over again," Van Raalte said.