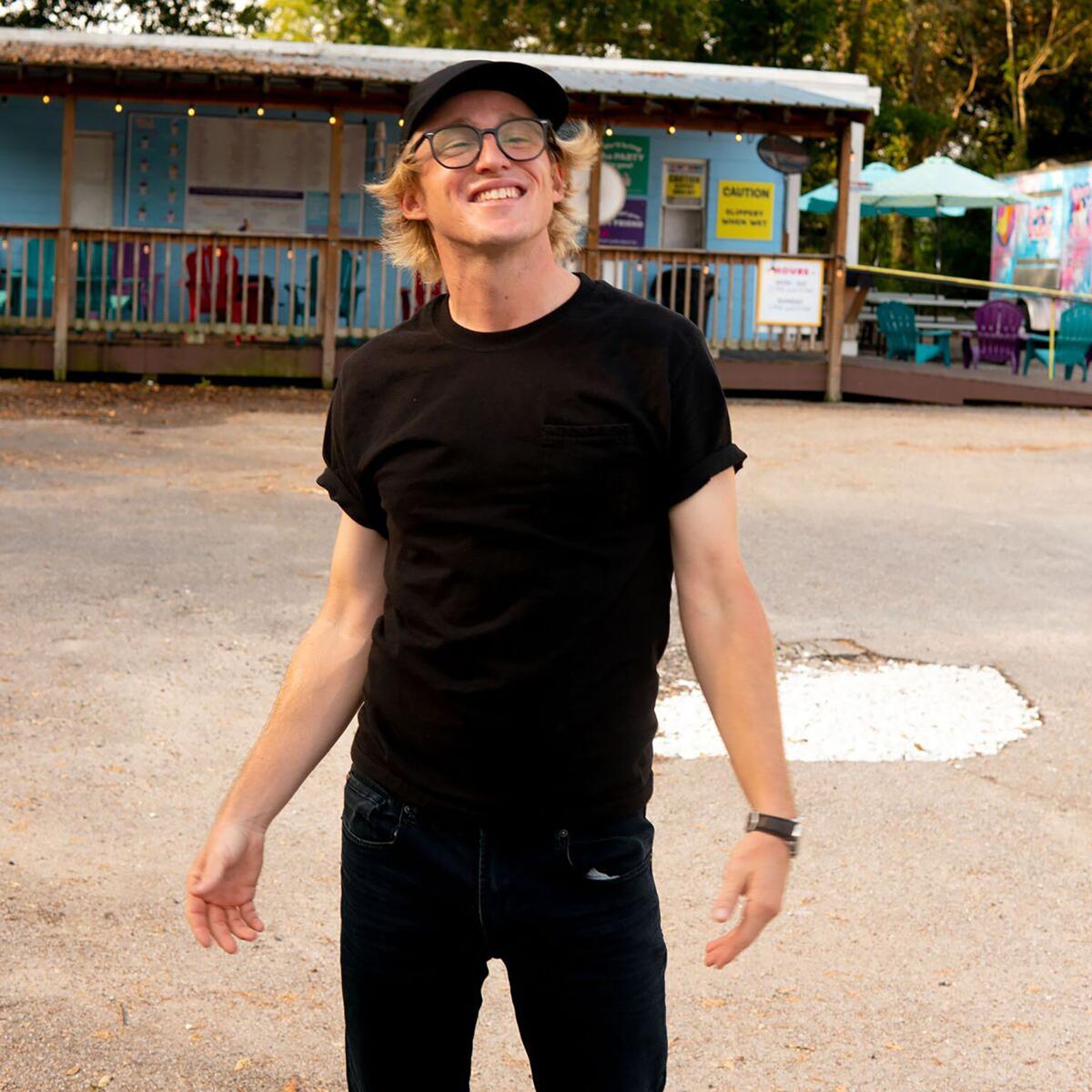 Ian Gwinnup is a local musician who is releasing his first EP since going to rehab. Provided 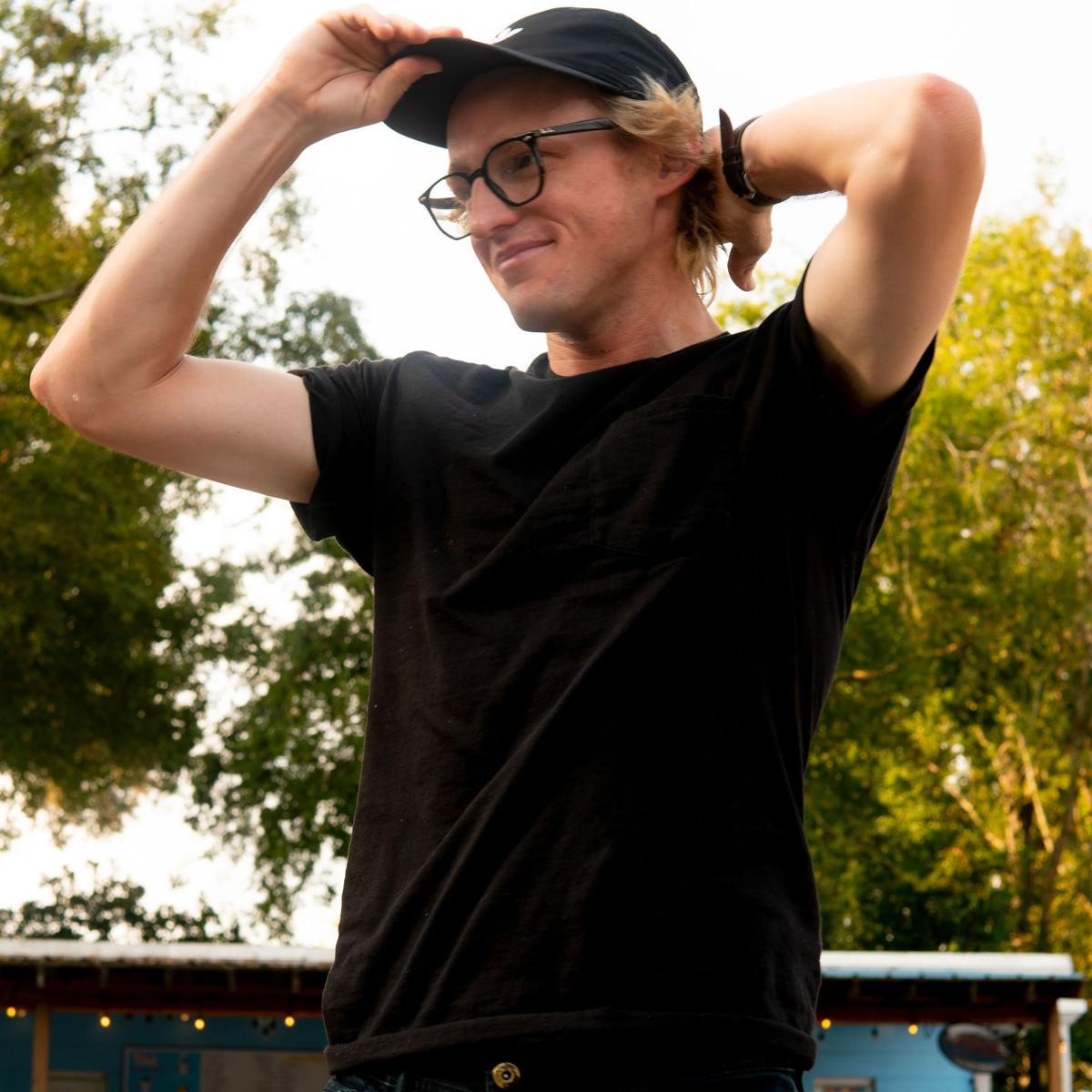 Ian Gwinnup has loved music his entire life. When he was 16 years old, he was prescribed an opioid for a broken finger that led to an addiction and, later, rehab. Provided 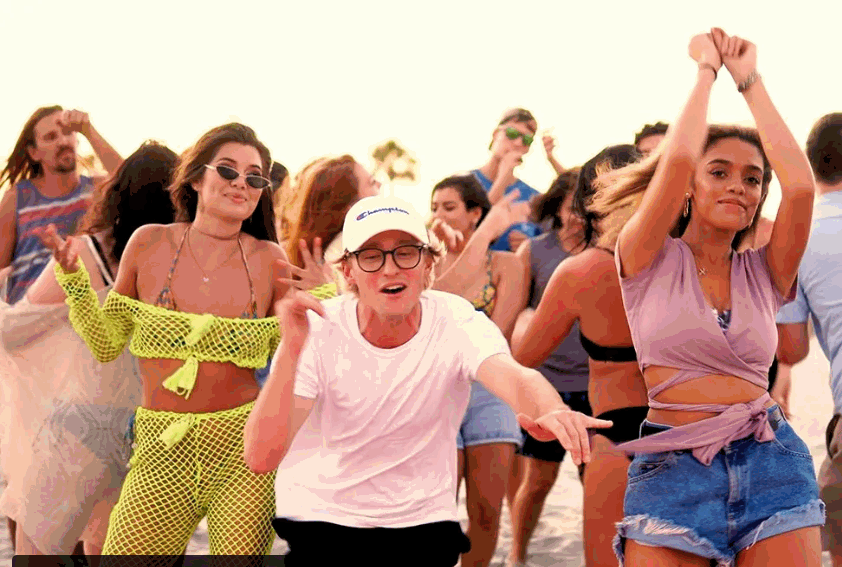 Ian Gwinnup's new music video for "Bad as F" is out now. Provided 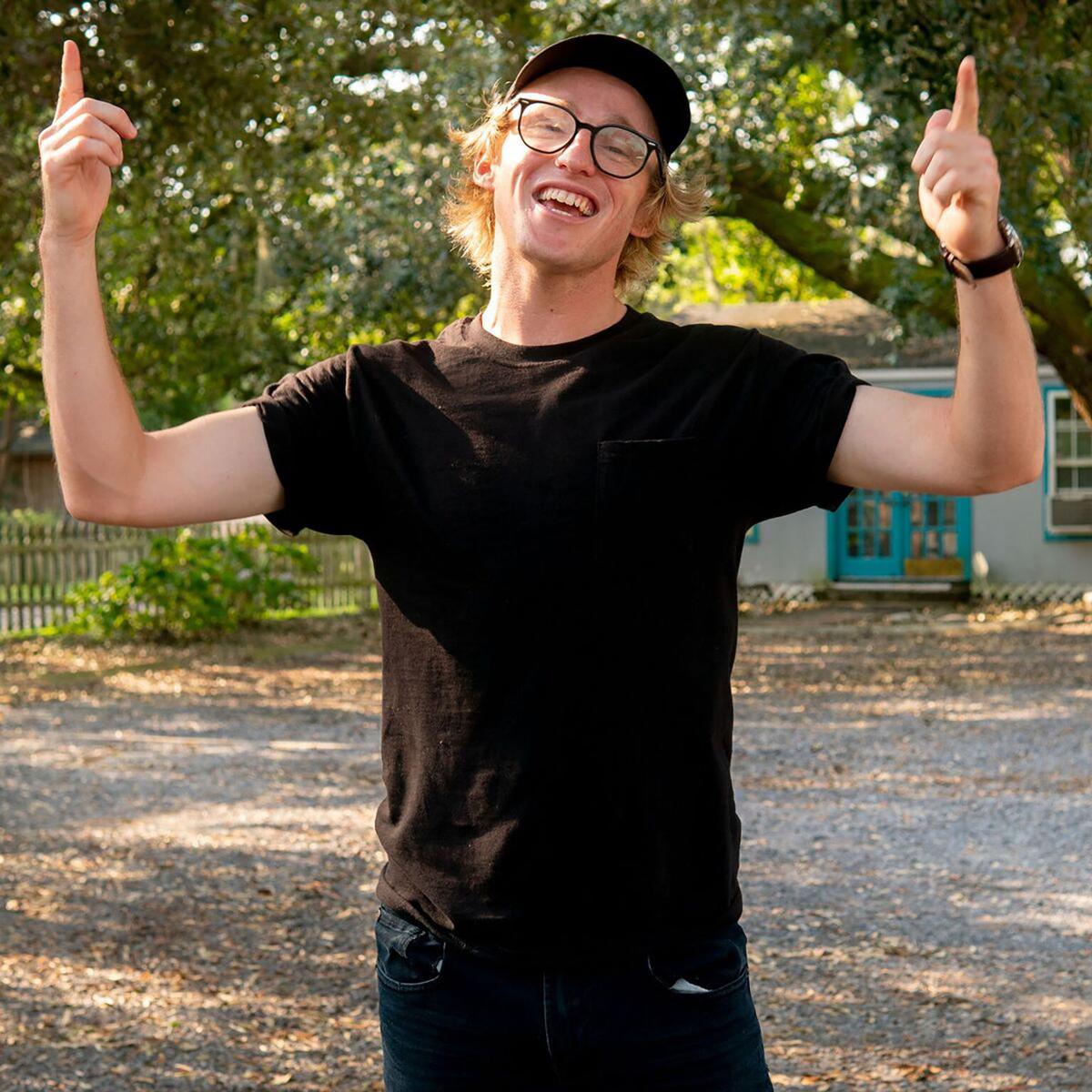 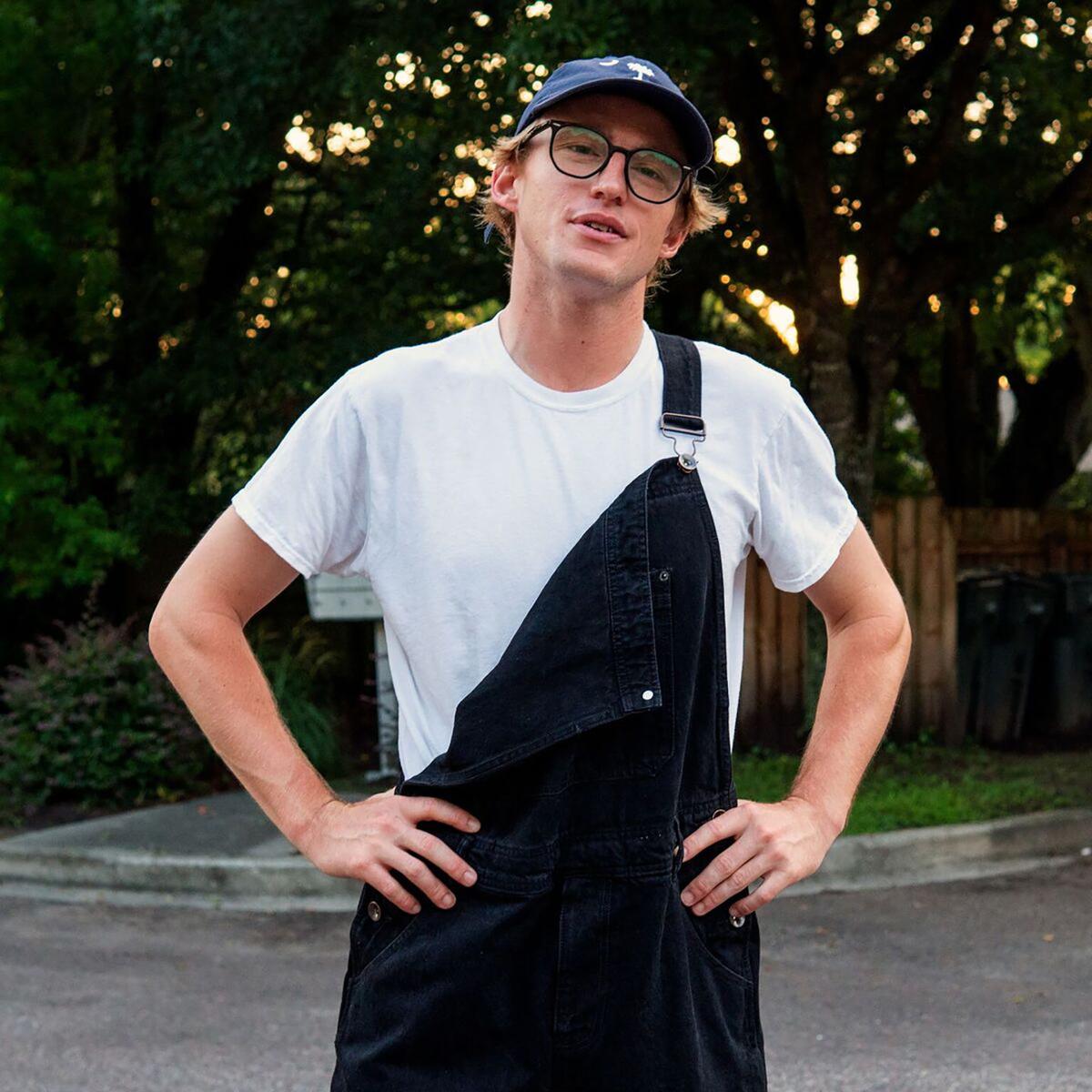 Ian Gwinnup is a local musician who is releasing his first EP since going to rehab. Provided

Ian Gwinnup's new music video for "Bad as F" is out now. Provided

It started with a broken finger.

When Charleston native Ian Gwinnup was 16 years old, a doctor prescribed him Vicodin to deal with the pain.

Then, his dependence on drugs spiraled out of control.

Gwinnup, now 29, says he spent more than a year addicted to opioids, a category of drugs that includes prescription painkillers and heroin.

It was a recreational habit that turned into a daily necessity, slowly drawing him out of the music scene that he'd become a part of during his chorus days at Charleston School of the Arts and, later, with his band Chamberlain the Brave. Out of music, into isolation.

The musician says the drugs would've killed him if he hadn't done something about it. Nationally, opioid overdose deaths have risen from 8,048 in 1999 to 47,600 in 2017, spurring the country to acknowledge and address a growing crisis.

In Charleston, the food and beverage and entertainment communities are linked to alcohol abuse and recreational drug use like marijuana and cocaine. But opioids aren't as prevalent.

"I don't know anyone that does (opioids), at least for the hardcore scene," says Dick Cooler, singer for local hardcore band Lucile. "Everyone's so against that."

Other areas of the country have been hit harder by the opioid epidemic than South Carolina has. But the Palmetto State hasn't been spared.

"Most commonly, what tends to happen is someone will start a prescription pain medication to deal with pain," says Melissa Reitmeier, a professor in the College of Social Work at the University of South Carolina. "It can be a simple surgery, where someone might be prescribed codeine, oxycodone or hydrocodone."

Reitmeier explains that because opioids diminish the body's reception of pain, they're very reinforcing. When you don't have them anymore, there can be a craving to replace them.

"You don't feel pain anymore," she says. "In some instances, you feel good."

Gwinnup says his Vicodin prescription led to taking the pills for recreation in his mid-20s.

"I was 25, I didn't know what was next. I just was looking for a way to entertain myself on a nightly basis," Gwinnup says.

Recreational use at night turned into a coping mechanism to make it through the day. Gwinnup says he took opioids every day for an entire year. At the time, he was working as a tour guide downtown, and he says he would go into work high, then leave work and get high again.

Sometimes, he would spend hours completely incapacitated. He would wake up throwing up, often dry heaving to the point where he couldn't breathe. He couldn't get any sleep, and he was shelling out $100 a day on pills. He says the world around him was turning into what he describes as a cold, bleak, blue-tinted, apocalyptic wasteland.

"I didn't get anything out of playing music during the heat of that," he says.

SC doubled its funds for the opioid crisis. Here's what we're doing with it.

In 2017, with help from his family, Gwinnup checked himself into Narcanon, an addiction treatment center in Clearwater, Fla. He compared withdrawals during the first week to the worst food poisoning he'd ever had.

"You truly believe you're going to die," he says. "Your survival mechanisms kick in. It's hard to think straight."

He stayed at the treatment center for three months, participating in cognitive behavioral therapy. He spent time in the sauna, detoxing his body, and time in mindfulness sessions, detoxing his mind. He says he began to see clearly again — something he hadn't experienced in years.

When he came back home, he says it felt like he had boomeranged back to where he was in 2015, when he was creating music more than he was doing drugs.

"I wasn't that possessed guy anymore. I was back," Gwinnup says.

Immediately following his return, Gwinnup packed a bag and spent half of his savings traveling. He went to New York City; Washington, D.C.; Miami; Denver and San Paolo, Brazil. And then he started writing music again.

"It all felt like one story, and that was the climax," he says. "Now, I'm feeling the most creative I've ever felt."

Gwinnup is about to release his first EP since going to rehab with a live show at Big Gun Burger Shop & Bar. The four-track disc is called "Vol. 2" and it's full of catchy hip-hop riffs with an electronic backdrop. Some of the lyrics are breezy and carefree. There's "Bad as F," a summer anthem dedicated to the strong women in Gwinnup's life.

Some of the songs are more poignant. "Rosé," a slow banger with shimmery guitar, is about longing for a toxic relationship. "Old Way" is about a frantic, lonely night that shifts to a sunny, hopeful morning.

But that sunny, hopeful ending isn't always the result for those who have experienced opioid addiction.

The relapse rate for those who have a substance abuse disorder is 40 percent to 60 percent, according to the federal government.

Reitmeier, the addiction expert, says that environment can be a factor in opioid dependence. Those who hold occupations, such as musicians and hairdressers, that require them to stand for hours on end may be more likely to seek relief through painkillers. A family history of psychiatric or mood disorders may also play a role, she says.

In recent years, Reitmeier says, the state has made substantial progress in limiting opioid subscriptions for medical use. South Carolina is one of 15 states to have passed laws earlier this year limiting opioid prescriptions for acute pain for an "opioid-naive" patient to a seven-day supply.

She says there are still a lot of stigmas surrounding opioid abuse, and breaking those, as well as being open to talk about these struggles, is another step toward a larger solution.

"I wish people saw addiction as a chronic illness, like diabetes or cancer," she says. "Instead, a lot of times, it's viewed as a character flaw. But it really is physical."

Gwinnup hasn't performed music live in three years. He will on Wednesday. He says he couldn't have imagined that just a year ago, but now he's excited about music again. He's excited about life again. And he's opioid-free.

"It's easy to tell yourself there's no way out, but I made it out," he says.