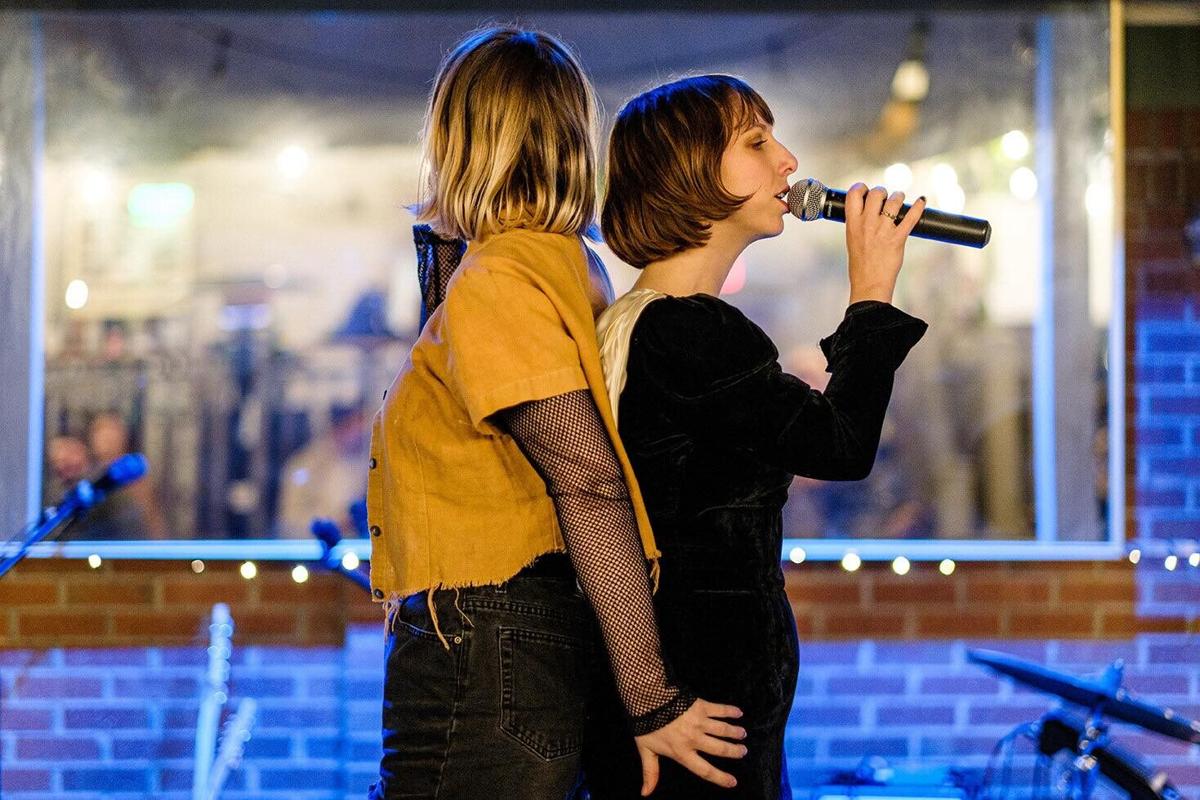 Meg Smith and Jenna Desmond performed at the inaugural Femme Fest in December. 9 to 5 Magazine/Provided 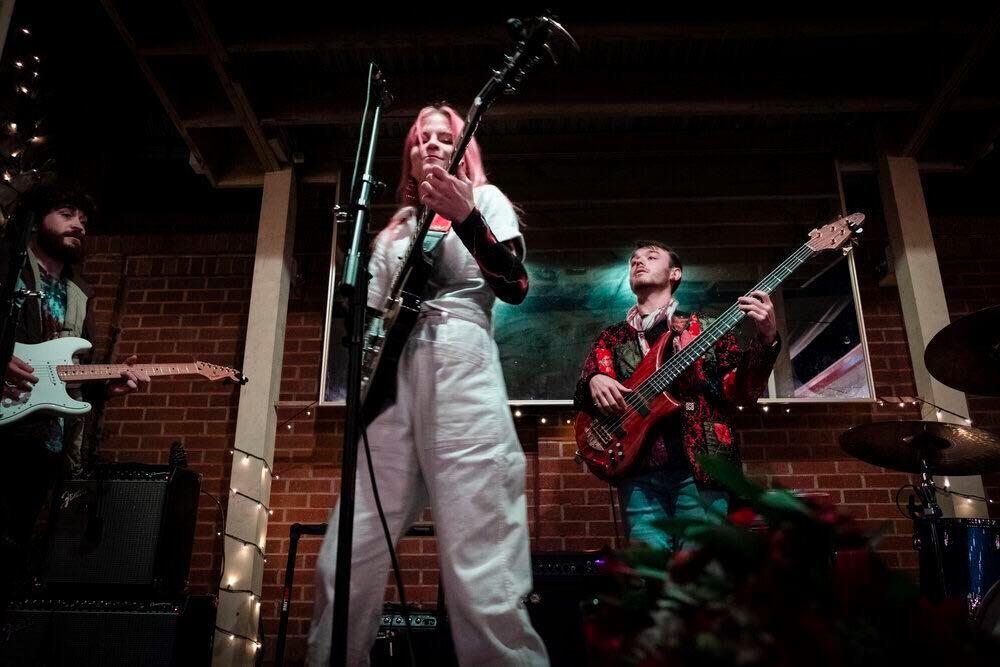 Marissa Sumwalt will be back for the second Femme Fest in April. 9 to 5 Magazine/Provided 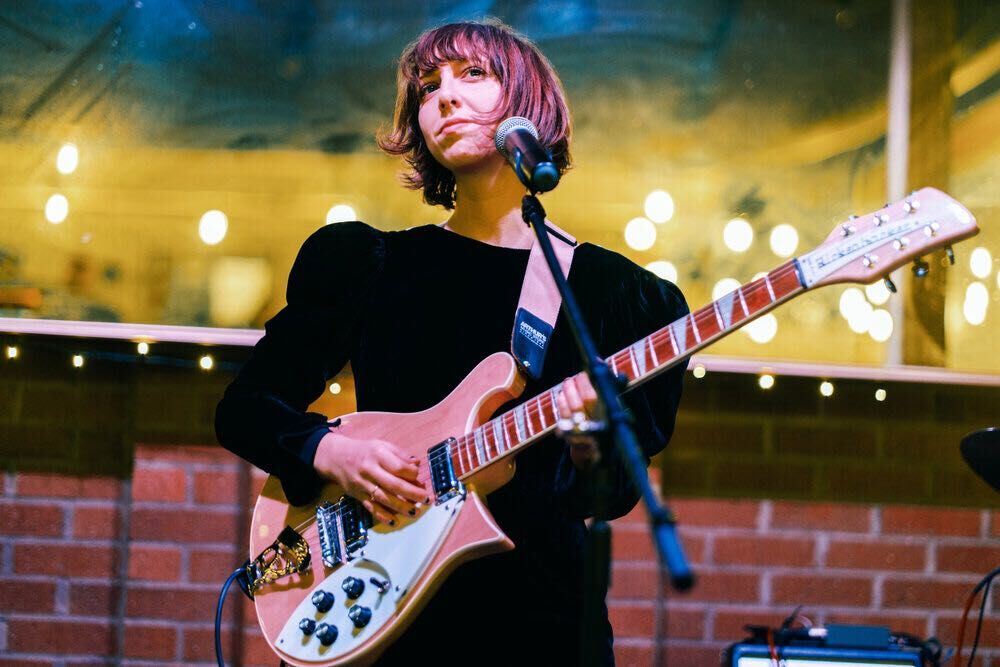 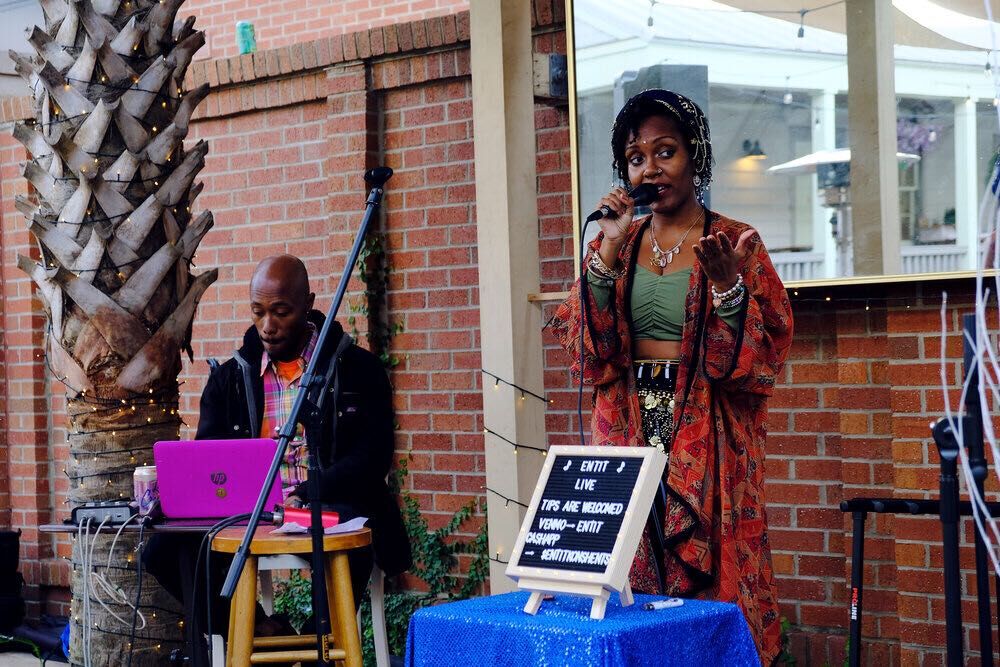 En Ti T was one of the artists featured at the first Femme Fest. 9 to 5 Magazine/Provided 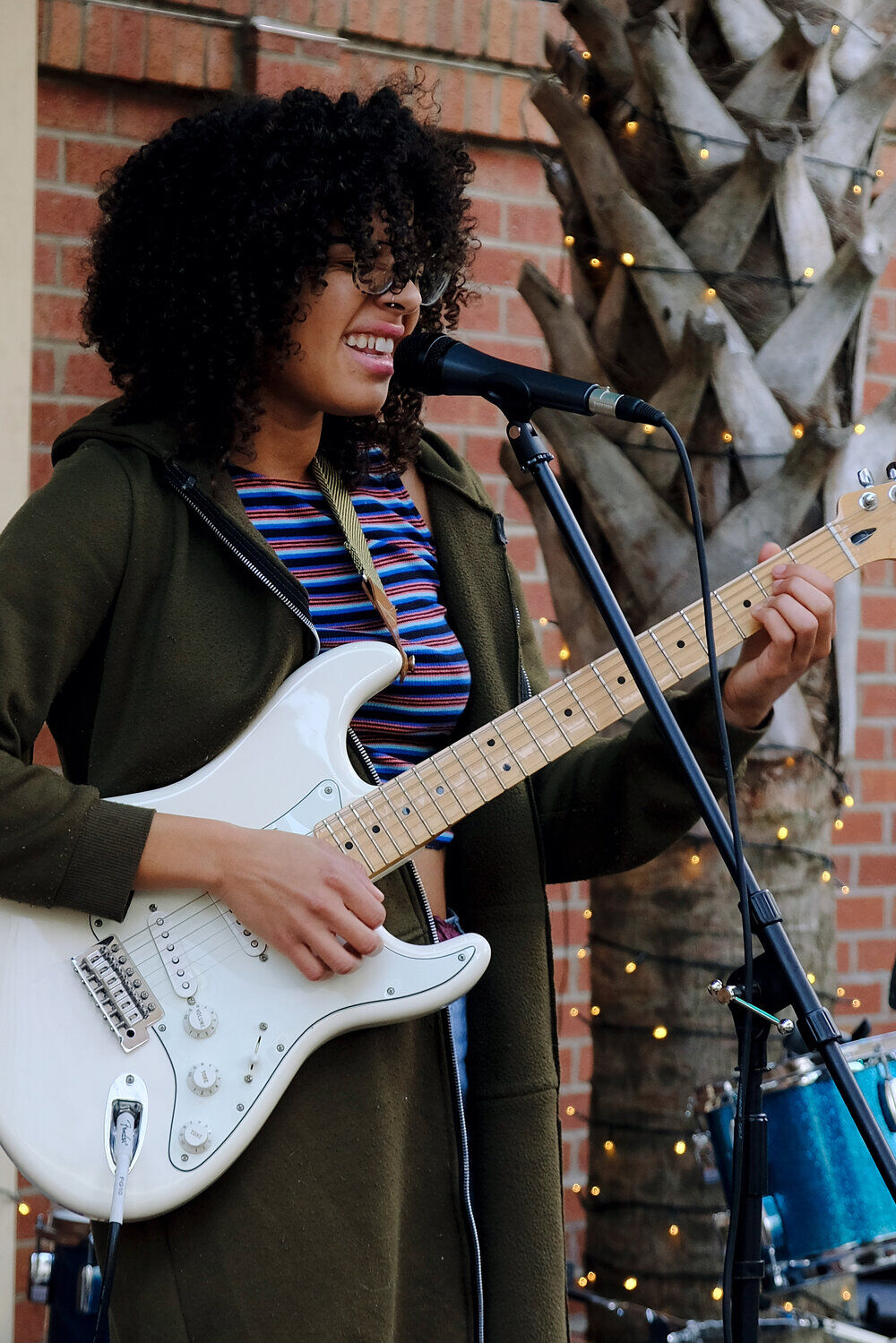 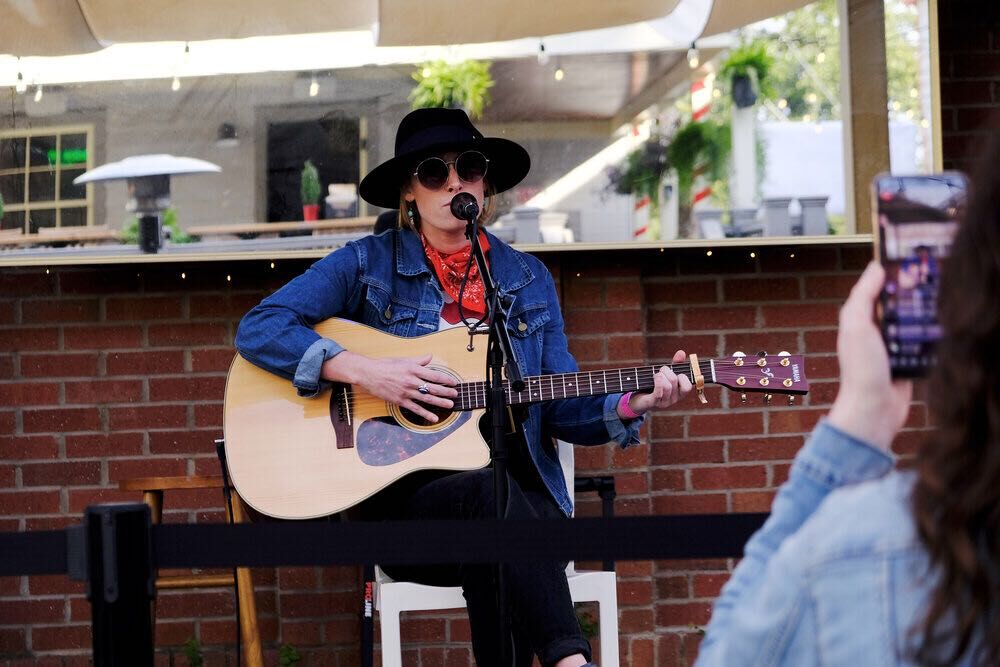 Anna Crosby will be back for the second Femme Fest. 9 to 5 Magazine/Provided 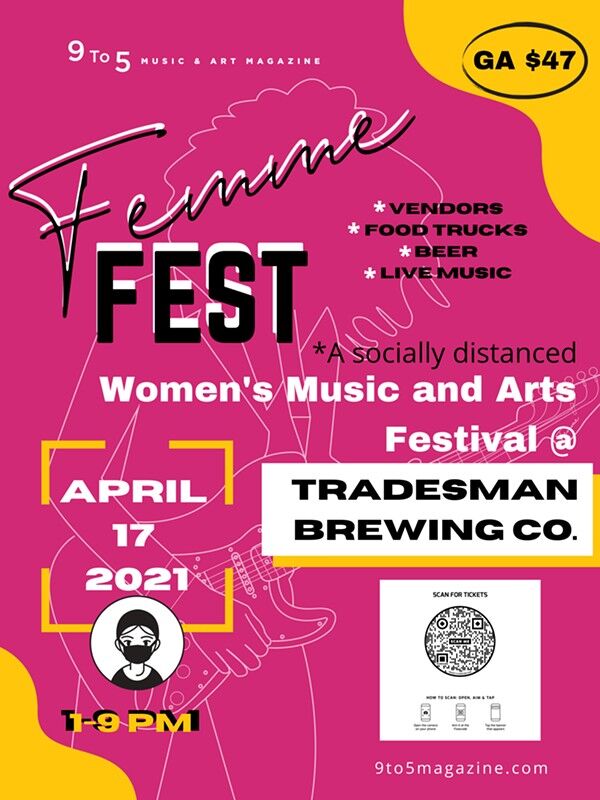 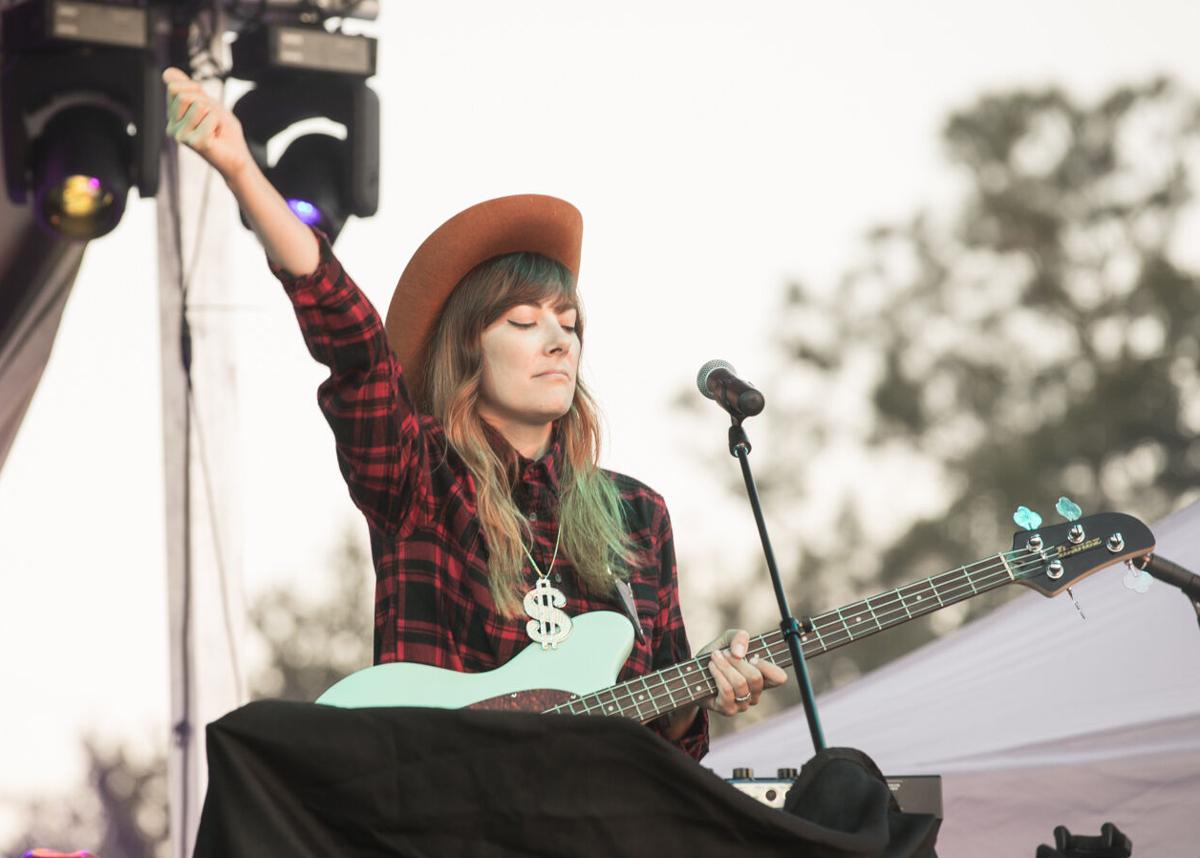 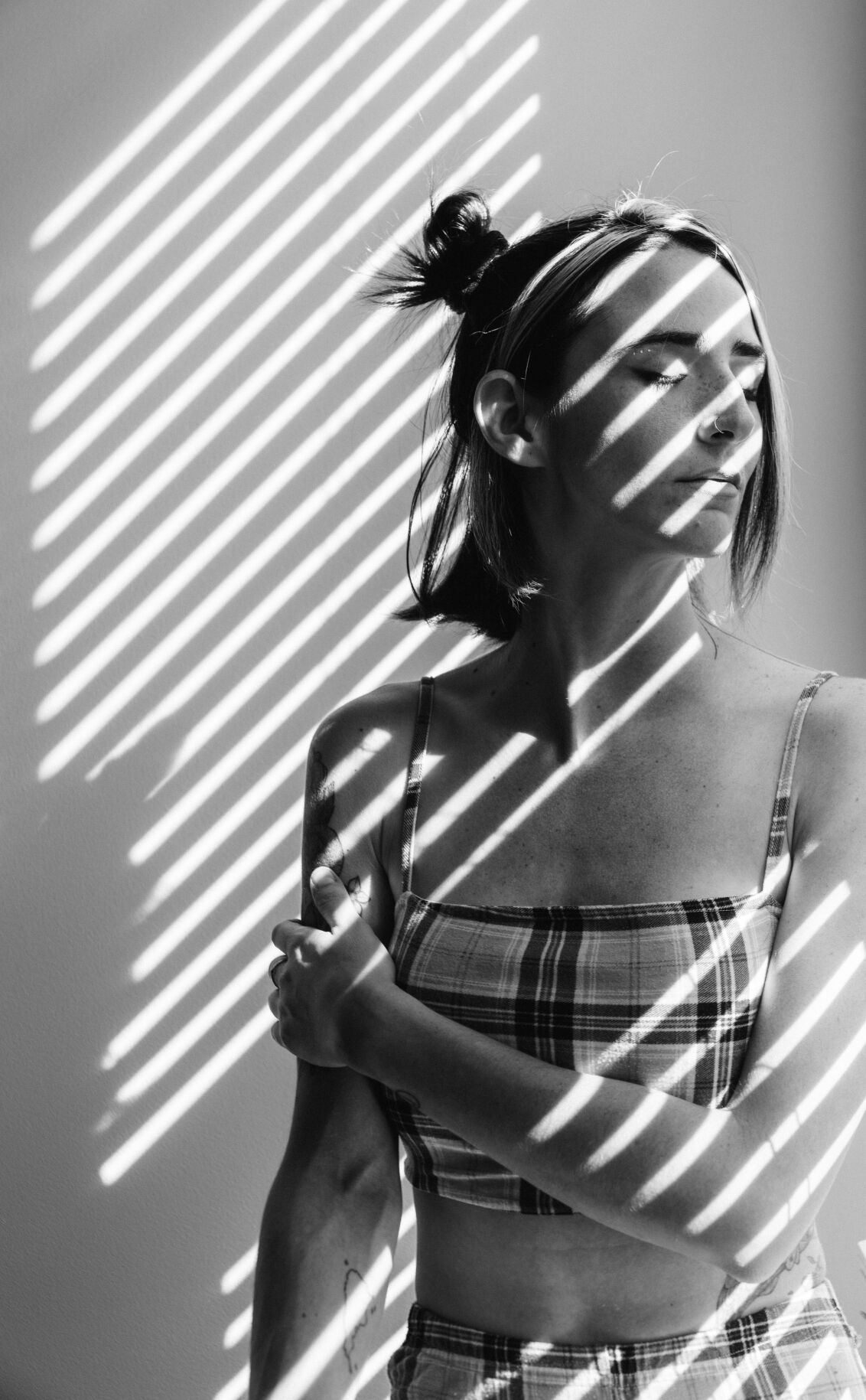 This will be the first Femme Fest for Aggie Flores. Provided

Meg Smith and Jenna Desmond performed at the inaugural Femme Fest in December. 9 to 5 Magazine/Provided

This will be the first Femme Fest for Aggie Flores. Provided

Gender inequality in the music industry is not a new topic, but still an applicable one.

It's been a heavily discussed issue during the past couple of decades in publications from The New York Times to Rolling Stone and within industry organizations, from the Recording Academy to the Billboard charts.

And yet, as of 2020, the statistics haven't miraculously slanted in favor of women, no matter how many times Phoebe Bridgers smashes a guitar on SNL or Cardi B. writes a feminist anthem. That's because the path to change, as always, is a slow, hard climb that takes sweeping societal reform.

Here in Charleston, Taylor Czerwinski of 9 to 5 Magazine is trying to do her part in shifting the statistics. That's why in December she held the city's inaugural Femme Fest, an all-women, all-day music festival downtown at new venue Tobin's Market. She's hosting the second installment at Tradesman Brewing Co. on April 17 in hopes of creating more collaboration between women artists, vendors, fans and organizers.

“There have been so many lineups that have been all men, so why can’t we have a lineup that’s all women and it not be a weird thing, you know?” Czerwinski said.

The latest annual report to examine gender and race among content creators — called "Inclusion in the Recording Studio?" — took a look at 800 top songs from 2012 and 2019 and offered one main takeaway: While demographics are improving, when it comes to gender they're nowhere near equal.

Behind the scenes, the numbers are worse. In 2019, just 14.4 percent of songwriters and 5 percent of producers were women. And the accompanying survey of music professionals found that the top barriers to career success for women in that line of work were objectification, stereotyping and being a statistical minority.

And while the 2020 Grammys set a record high for female nominees at 20.5 percent in the top five categories, the average gender pay gap across Sony, Universal and Warner rang in at 29.6 percent.

Rapper Megan Thee Stallion, last year's Grammy Award winner for Best New Artist, put it this way: “Women have to be the best and then some. A man can get on a track and literally make two noises and be the G.O.A.T. (greatest of all time). When you listen to a girl rap, she gotta have all the bars, all the flows, be melodic, she gotta look good. They expect so much of us, and I mean, I like to work, so I’ll do it."

On a local level

The women who performed at the inaugural Femme Fest in December, along with those in the lineup for April, have experienced their fair share of inequality.

"I think unfortunately a lot of small things in the industry are all just a little bit harder for women, things that guys just take for granted," said Julie Slonecki, lead singer of comedy-pop outfit Sexbruise? who will be performing at Femme Fest this month.

She gave ongoing examples: Sound engineers assuming that women don't know anything about gear; not being treated with respect by everyone running a show; being dismissed in conversations about recording and producing, though she does both herself.

In an experiment, Slonecki realized male booking agents were more likely to respond to her emails if she signed them with a man's name instead of Julie. She decided not to keep that up.

"It's a bit of a boys club that you have to work very hard to break through as a solo female act," Slonecki said. "I think until from the top down we see more women running things, the deck will always be a bit stacked against us, just as it is often assumed we may be less competent or experienced, less talented or easier to manipulate."

Kelly-Jo Williams, stage name En Ti T, began as a singer in cover bands in Singapore, China and Morocco. She's been the lead of the FreeRide Band in Charleston for the last three years and played the inaugural Femme Fest in December.

She said compared to her male peers she feels her sexuality plays a big role in her performance, something she initially struggled with but then came to embrace, in a way, out of necessity.

Jordan Igoe, a solo Americana artist who will be at the upcoming Femme Fest, doesn't find the constant objectification complimentary.

"I’d really love for people to see the art and not the sex in front of it," she said.

All-women bands in SC are scarce. Here's why those musicians think that is.

Aggie Flores, an Argentinian musician set to play this month, said the differences she sees between men and women musicians has to do more with societal influences. For women, it's a rougher self-esteem game, she suggested.

"I realize that I had a belief system that has been installed in my brain by this misogynist world that has been ruling us all for a while, saying that I wasn't enough or didn't have the resources to know as much as men did," Flores said. "I felt like I had to constantly be proving myself in order to fit. And when your purpose is to prove yourself, there is no room to channel authentic creation."

Marissa Sumwalt, who performs on stage as Maya Gold, said she's been paid less than her male counterparts at gigs, even when playing a later and longer slot. She said it's not about paying men less or giving their deserved gigs to women, but about creating an equal opportunity for all artists.

Femme Fest organizer Czerwinski emphasized that many men in Charleston have been incredibly supportive of her efforts with 9 to 5 Magazine and the events she's thrown. Her goal is to lift women up, not put men down.

"It's not necessarily about keeping men out, but being a place where women can directly encourage each other and talk about their strengths and their vulnerabilities and just be themselves."

Creating community and collaboration is something Czerwinski said local women musicians have been craving for a while now.

"It's important to realize that as a female in this business you aren't alone, because sometimes it can feel that way," said Slonecki.

Though she isn't performing this month, Williams said she supports more events like Femme Fest across the Lowcountry.

"I believe that instead of fighting to be in spaces that reject us, we create more events like Femme Fest and become the leaders of our own destiny," Williams offered. "Having women together, on stage, supporting each other and being celebrated allows for an amazing community."

In addition to all women musicians, Femme Fest will also feature all women vendors, from Morowa & Co. jewelry to the Roti Rolls food truck to the Itinerant Literate bookmobile.