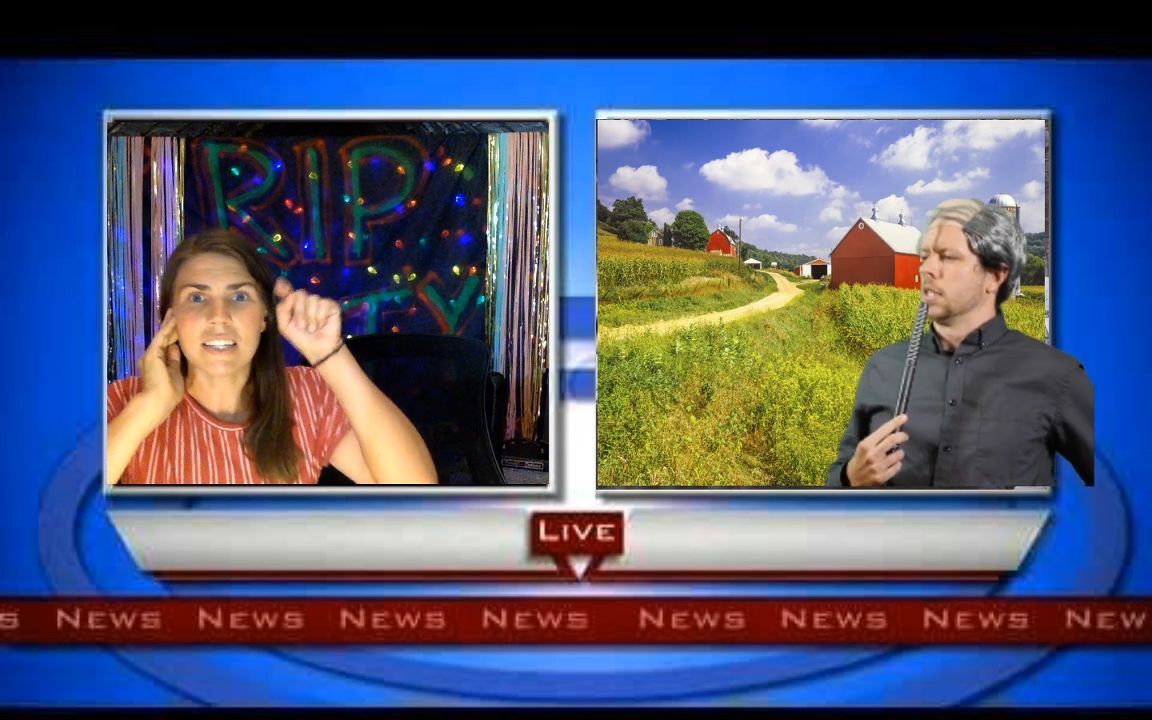 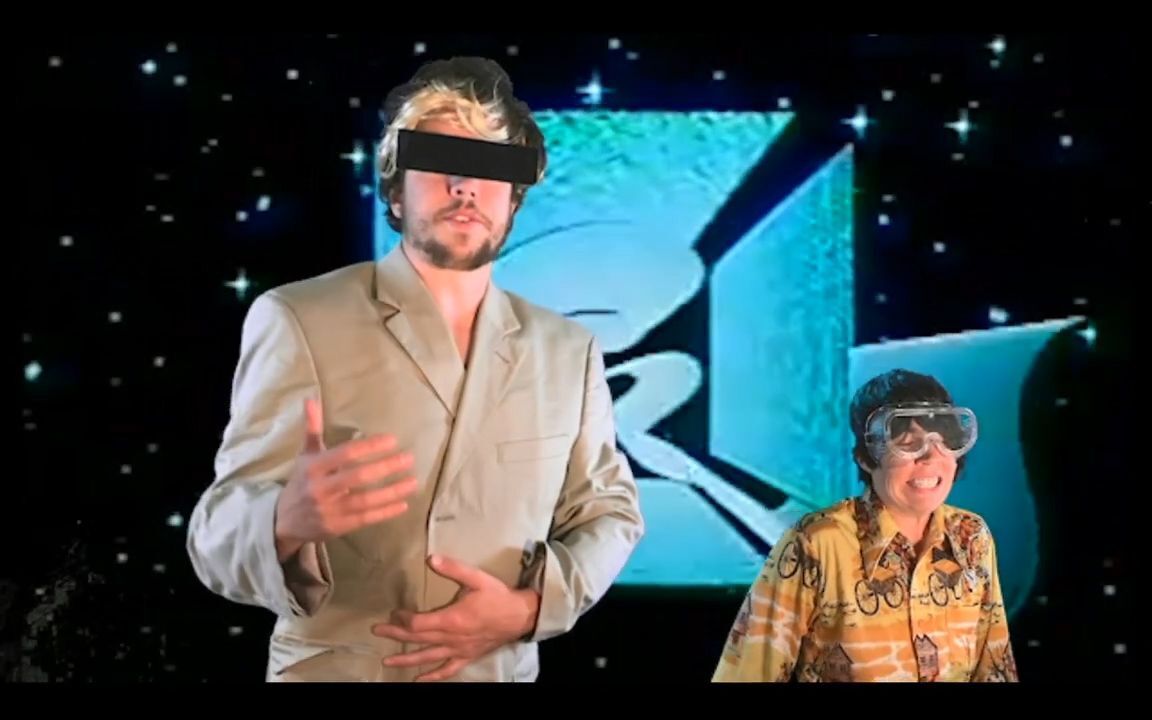 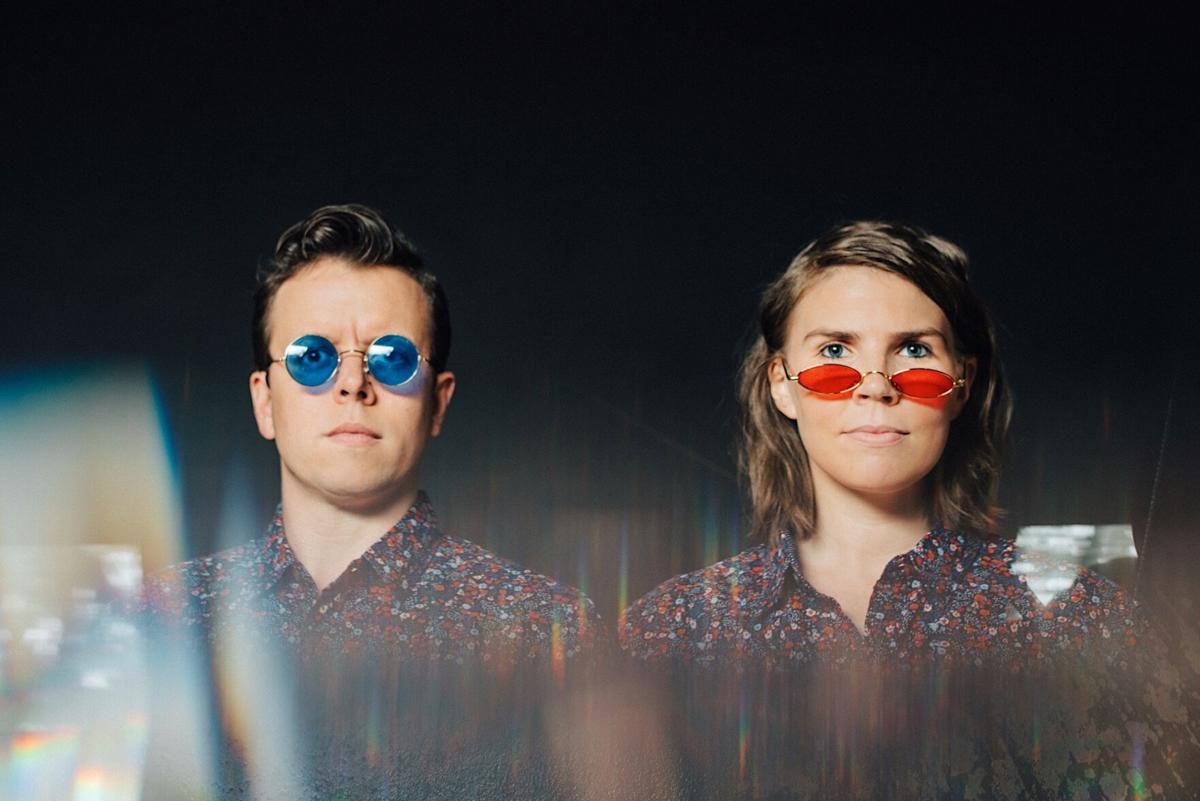 Henry Riggs and Maari Suorsa of Nameless Numberhead have launched a digital version of their monthly comedy show during the coronavirus. Sean Money + Elizabeth Fay/Provided 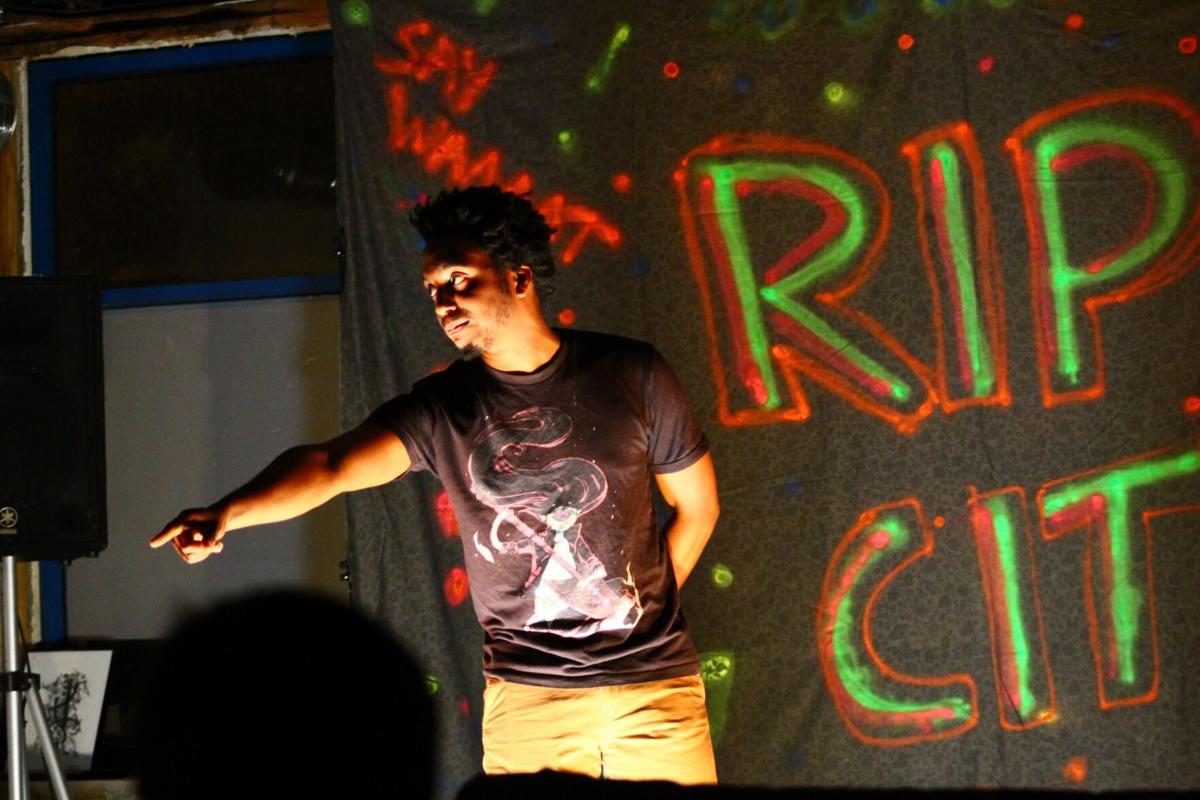 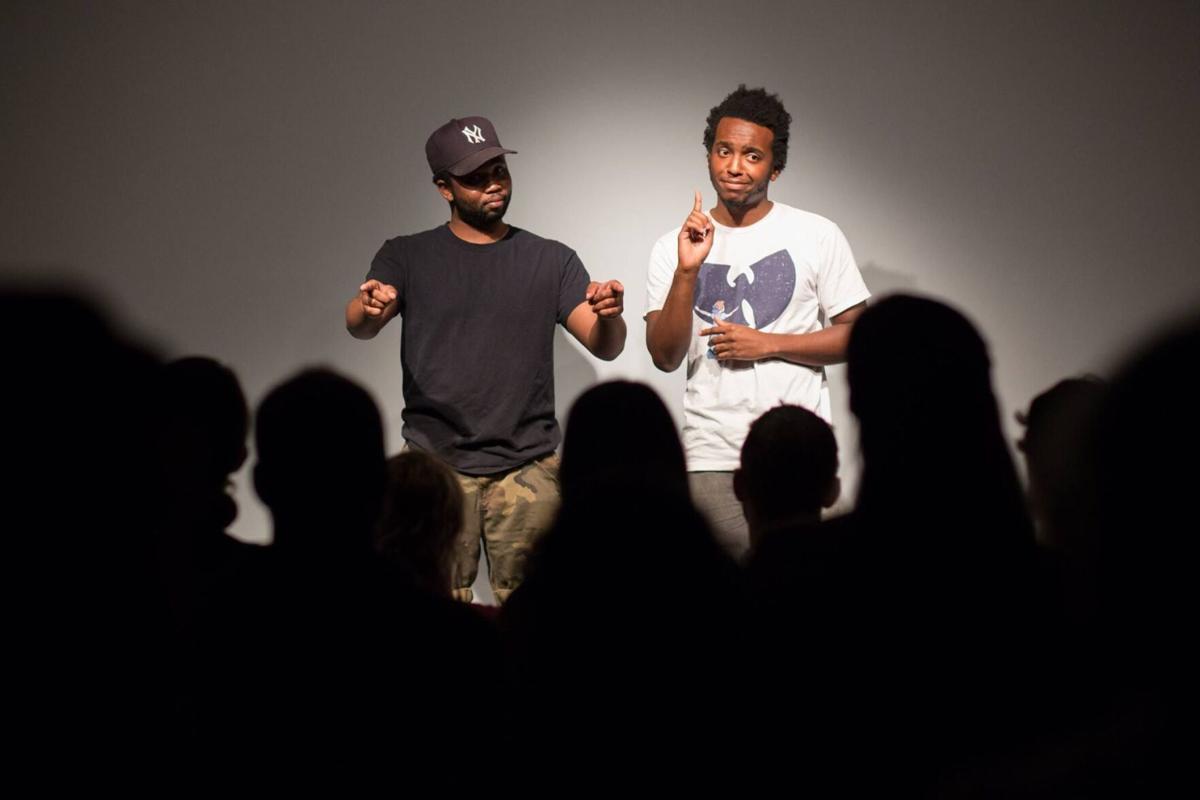 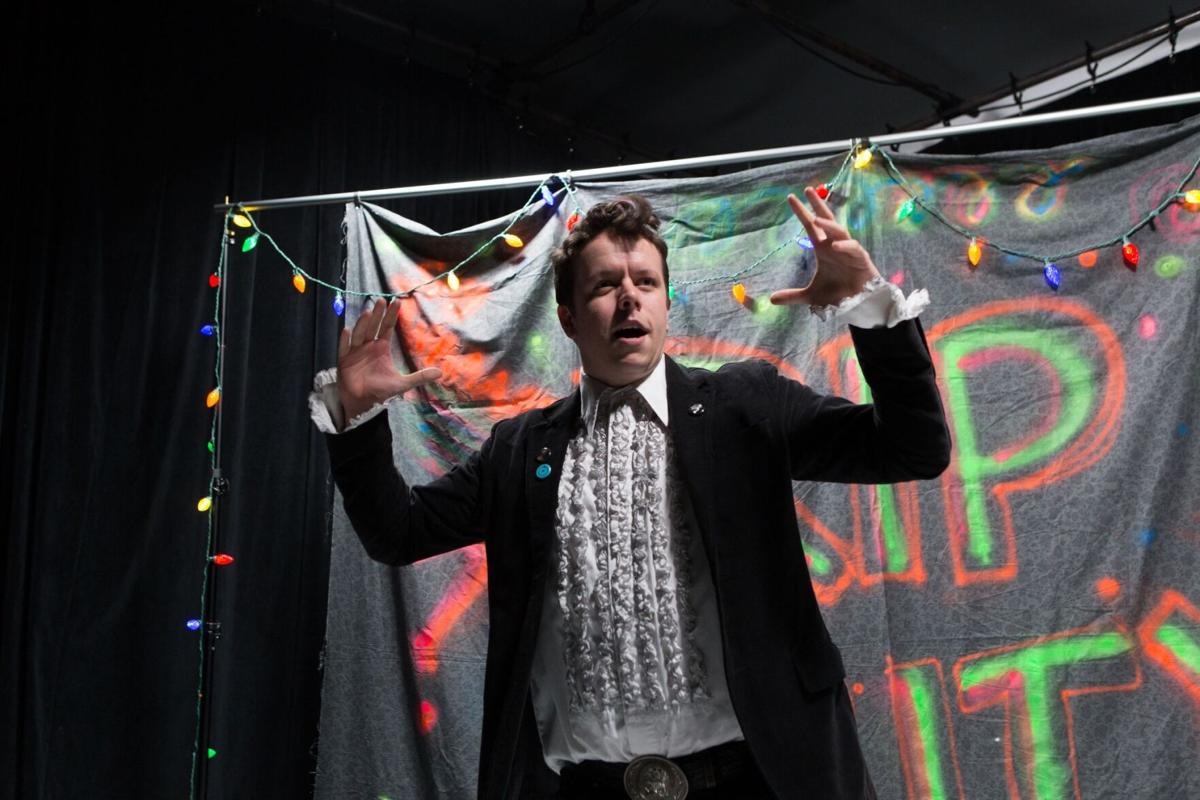 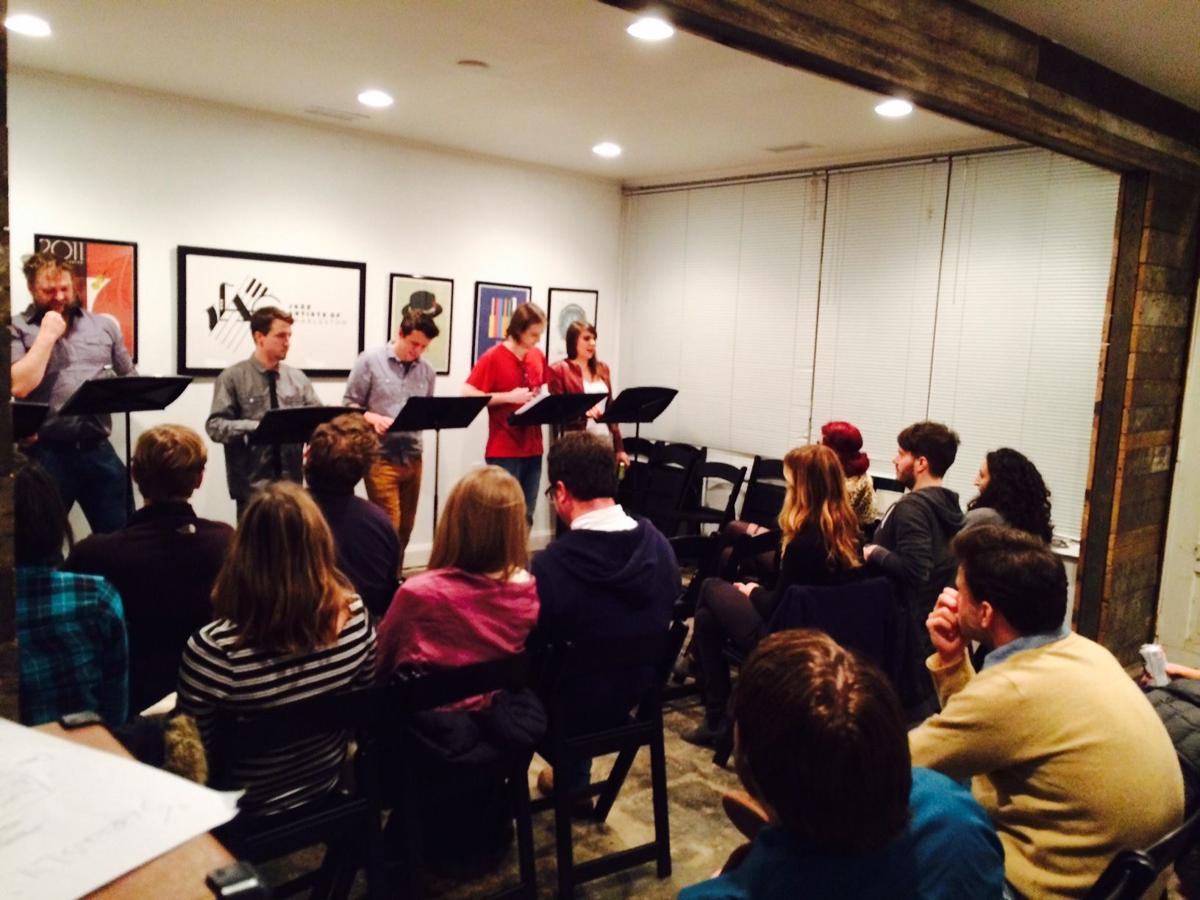 The setup for the first-ever RIP City show in February 2015. Provided 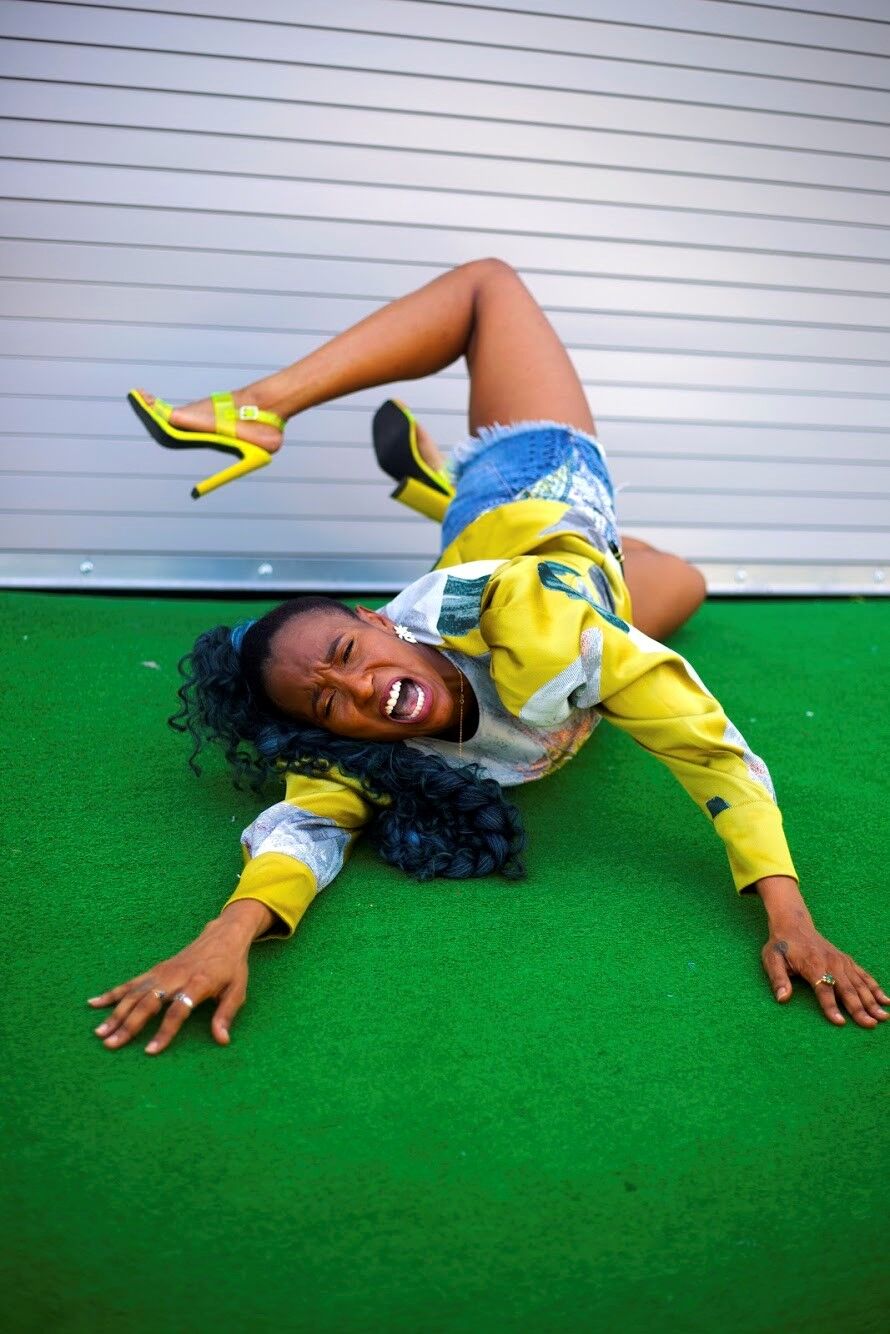 Rip City, a collaborative, curated production founded in February 2015 by Maari Suorsa and Henry Riggs of Charleston comedy duo Nameless Numberhead, has taken on new life and new comics in its digital transformation.

The experimental show, which typically involves a variety of original sketches, solo characters and wacky bits from Charleston comedians, now consists of video clips that are shot and submitted in advance. Suorsa and Riggs' commentary is then livestreamed as they unpack those contributions in an old-school MTV-style variety show format.

Instead of doing so on a Lowcountry stage, the duo is pulling off the livestream format in the partially renovated attic space of Riggs' grandfather's old house in West Ashley. Just out of view of the camera, insulation is poking out behind wooden beams and the duo's prop dresser and wig tree are on display. A window A/C unit keeps the space from becoming unbearably warm on a hot summer evening.

On "set," there's a green screen and backdrop made of a pinboard and Dollar Tree fake flowers and balloons.

"This used to be full of 60-year-old clothes and cribs and mattresses and deli slicers and boxes of receipts," Suorsa recalled. "But now, it's where Digi Rip City happens."

Comedy during a crisis?

At the start of the pandemic, when entertainers pivoted to livestreaming, Suorsa and Riggs didn't want to hop on the bandwagon. Zoom improv segments were "sucky" and comedy on a couch through a screen was not registering the same as in a club alongside audience laughter. The duo began to wonder how they could still create without being cringe-worthy or unoriginal and if they could continue their livelihood without live shows.

"Right now, art almost feels like this selfish medium," said Riggs. "There's all these other things to worry about, and we're like, 'Oh, by the way, there's a show.'"

For a while, Suorsa and Riggs followed suit with the rest of the world; they worked on home projects, they ordered takeout, they binged Netflix. Suorsa considered learning how to make potholders at one point.

"Do people want comedy right now? I don't know. But maybe they want potholders," Suorsa said with a shrug.

But then, a few months into quarantine, they realized that yes, the world still needs comedy.

They invested in some recording equipment, learned some new filming techniques and reached out to old and new comedy connections to try to make their Rip City show happen in a digital format that was engaging, silly and different among a sea of competing livestreams.

They even asked Charleston-area musicians to submit new music videos they could feature in addition to comedy. Last month's show included the new video for "Need a Girl" by Babe Club.

"Henry essentially went to community college for this during the pandemic," Suorsa said of her partner. "He watches this one guy's YouTube videos for hours that are so boring for like one nugget of information. But then, he knows how to, like, resize a video or change the dimensions or turn the background into a green screen."

Diversity in the comedy scene

The comics participating in Digi Rip City have also had to learn a few new tricks to keep their video skits exciting.

Deshawn Mason, who attended the very first Rip City five years ago and has been creating content for recurring shows ever since, has discovered how to clone himself digitally, among other special effects that he's incorporated into his sketches.

Mason, who is part of local comedy duo Vernon Moses with Jon Antoine, started out doing standup during open mic nights at Big Gun Burger Shop & Bar back when Dusty Slay was hosting. Slay has since moved to Nashville and been featured on "The Tonight Show Starring Jimmy Fallon."

Mason, whose comedy often explores racial issues within his experience as a Black man living in the South, said now it's more important than ever to share those bits.

"Sometimes, I feel like I may not be making the right joke that is both funny and well-said, but I'm trying to get over that," Mason said. "I feel like if I have a voice, I should use it, and now more than ever."

Hailing from Chicago's extensive and vibrant comedy scene, Suorsa and Riggs have longed for a larger and more diverse scene here in Charleston. Mason shared there are maybe just seven or eight Black comics who have emerged in a coming-and-going local pool of about 60 or 70.

In part, Mason owes that to how tiny the scene is in the first place; other cities have hundreds more comedians and certainly more than one comedy club. In Charleston, there's just Theatre 99, which is currently closed and hosting livestreamed comedy sets due to the coronavirus.

Politics and social issues like the ones at hand currently are pervasive in comedy, and Nameless Numberhead doesn't hide that; if anything, they hope the Digi Rip City series expresses that.

"We do think that Black lives matter and we do think that the stuff that's going on in this country is not right, and you kind of have to say that in comedy but without fixating on it, because it is a comedy show," Riggs said.

Suorsa and Riggs are actively calling for more people to participate in the Digi Rip series and join the local comedy scene and conversation.

"We want to be inclusive and accessible, because it feels like the people who are booking a lot of the comedy shows here are not necessarily championing that," Riggs said. "The broader the voices, the better the show is going to be, but it is hard when there is such a limited scene to pull from."

Since they've taken on the video format, they've also called on some comics outside of South Carolina to participate.

Among them are Megan Pue, formerly the resident choreographer at Footlight Players. Pue has since moved to New York City, but is sending in her monthly videos for Digi Rip City. She never participated in the comedy endeavor in its physical format when she lived in Charleston, so it's new to her.

"I’ve always wanted to do standup, but I was intimidated to put myself out there to a live audience," Pue said. "The digital platform allows me to dip my toes into the water."

In her latest Digi Rip City skit, she parodied a SoulCycle class.

"The first time I took a SoulCycle class in New York, I thought I was on an episode of a prank show," Pue said. "It was ridiculous, so I wanted to recreate that moment."

Pue and Mason are enthusiastic about the digital platform that Suorsa and Riggs have created, along with other ways the duo has amplified the Charleston comedy scene.

"Without them, I never would’ve tapped into this different way of writing or performing," said Mason. "They're super creative people and have done a lot to breathe new life into whatever this small Charleston scene is."

Though the livestream aspect can be a little daunting for Suorsa and Riggs, figuring out the technical details has been worth it to pull off their show.

If you tune in

"It's so funny how stressful it gets, and then it's, like, over in a second and we're downstairs drinking a beer by 9:30 p.m. on a Friday," Suorsa said with a laugh.

While Digi Rip City is free to stream on the Nameless Numberhead YouTube page, the comedy duo is earning sustainable income from their Patreon, a membership platform that allows artists to connect with their audience on a more personal level while also making money.