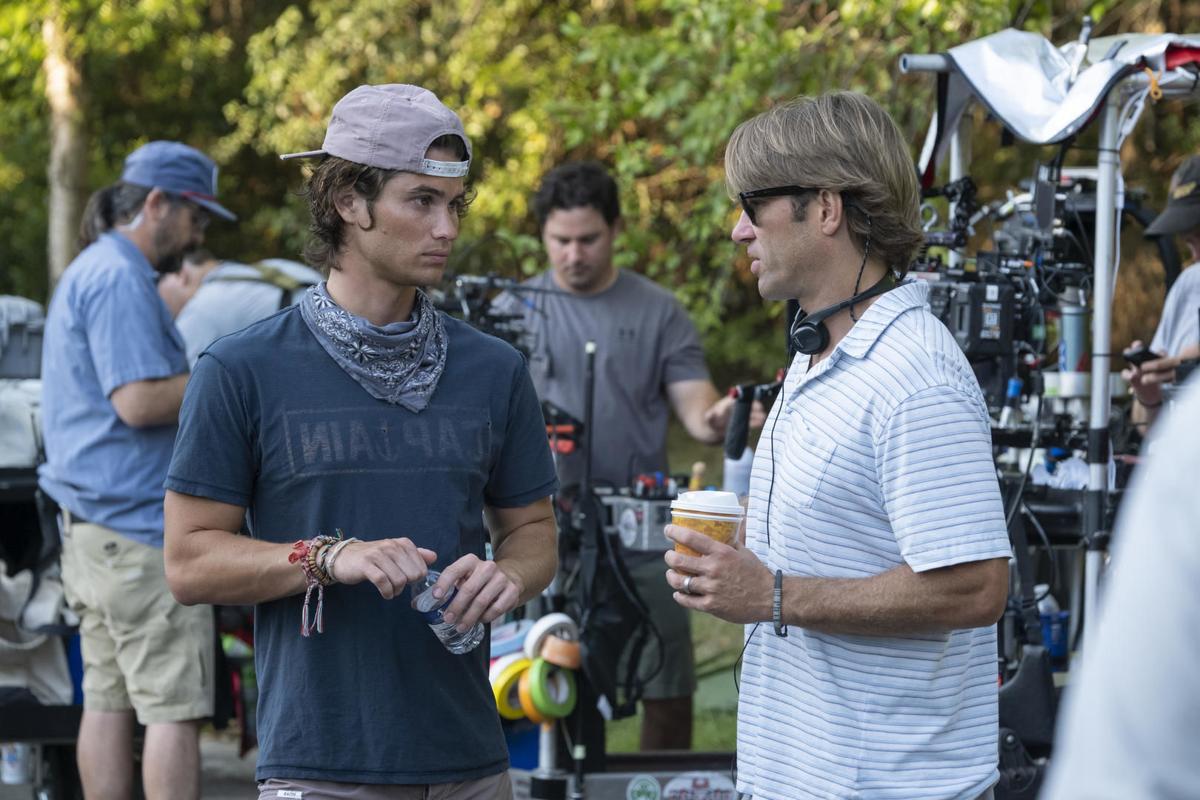 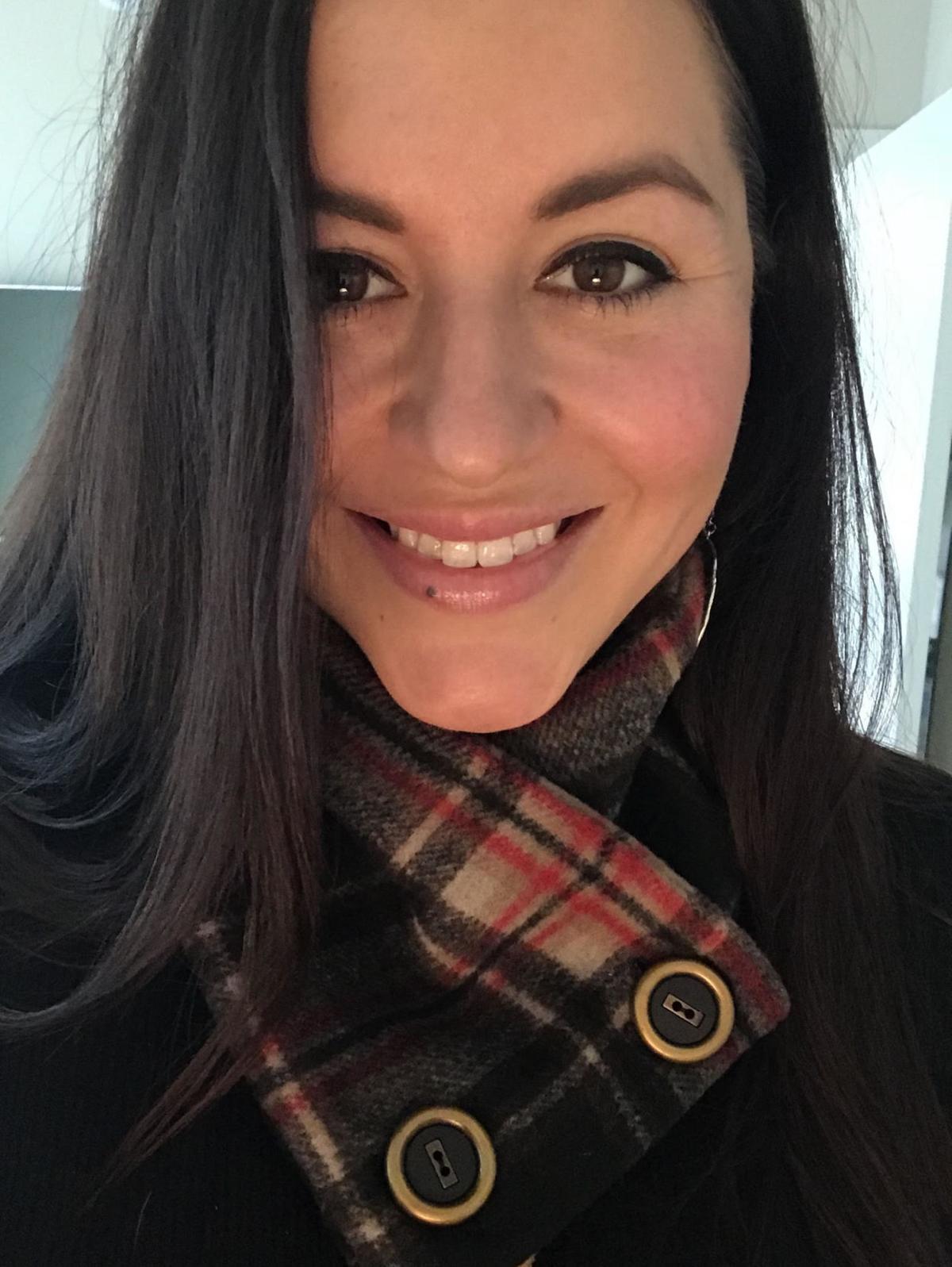 Emmie Holmes was the costume designer for "Outer Banks." Provided 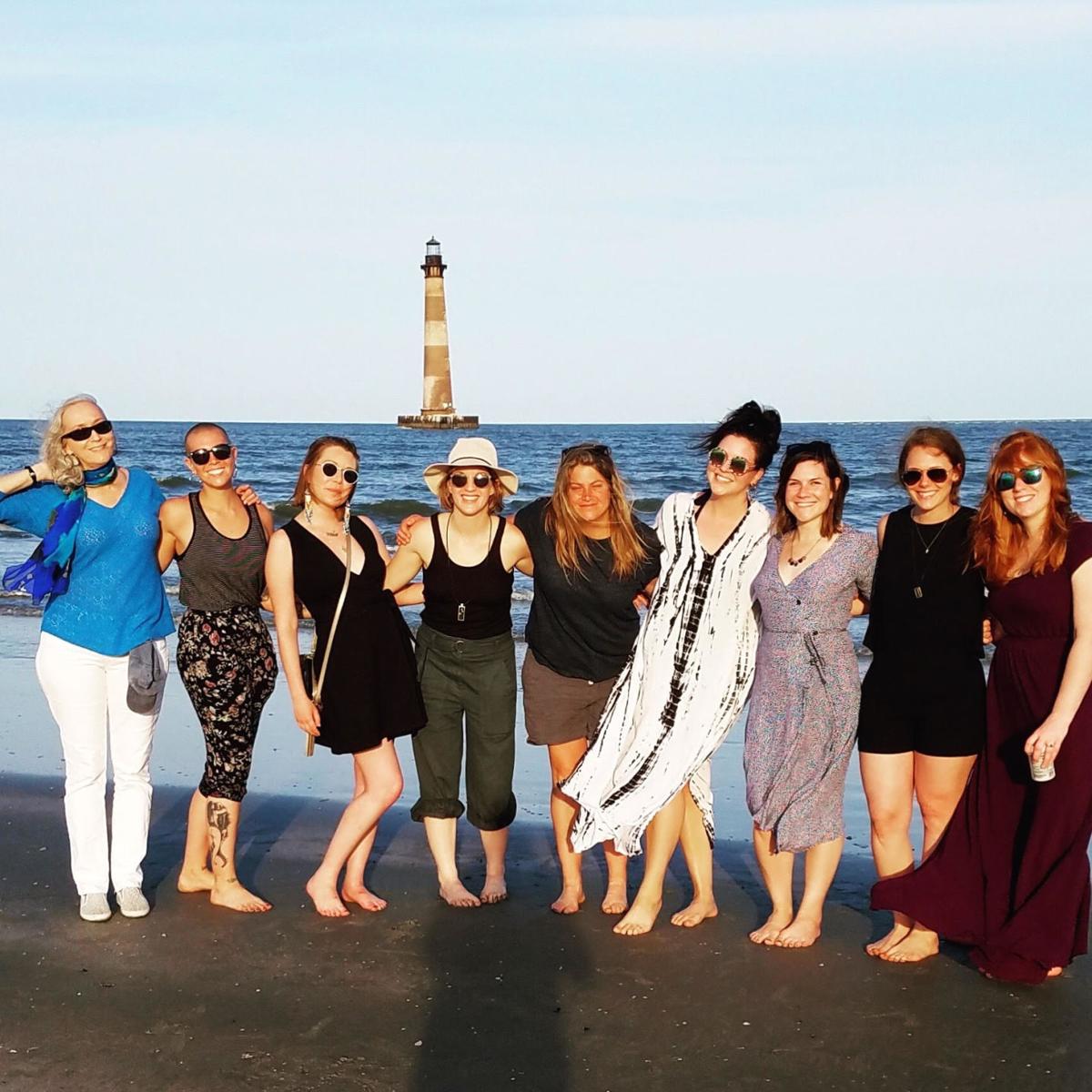 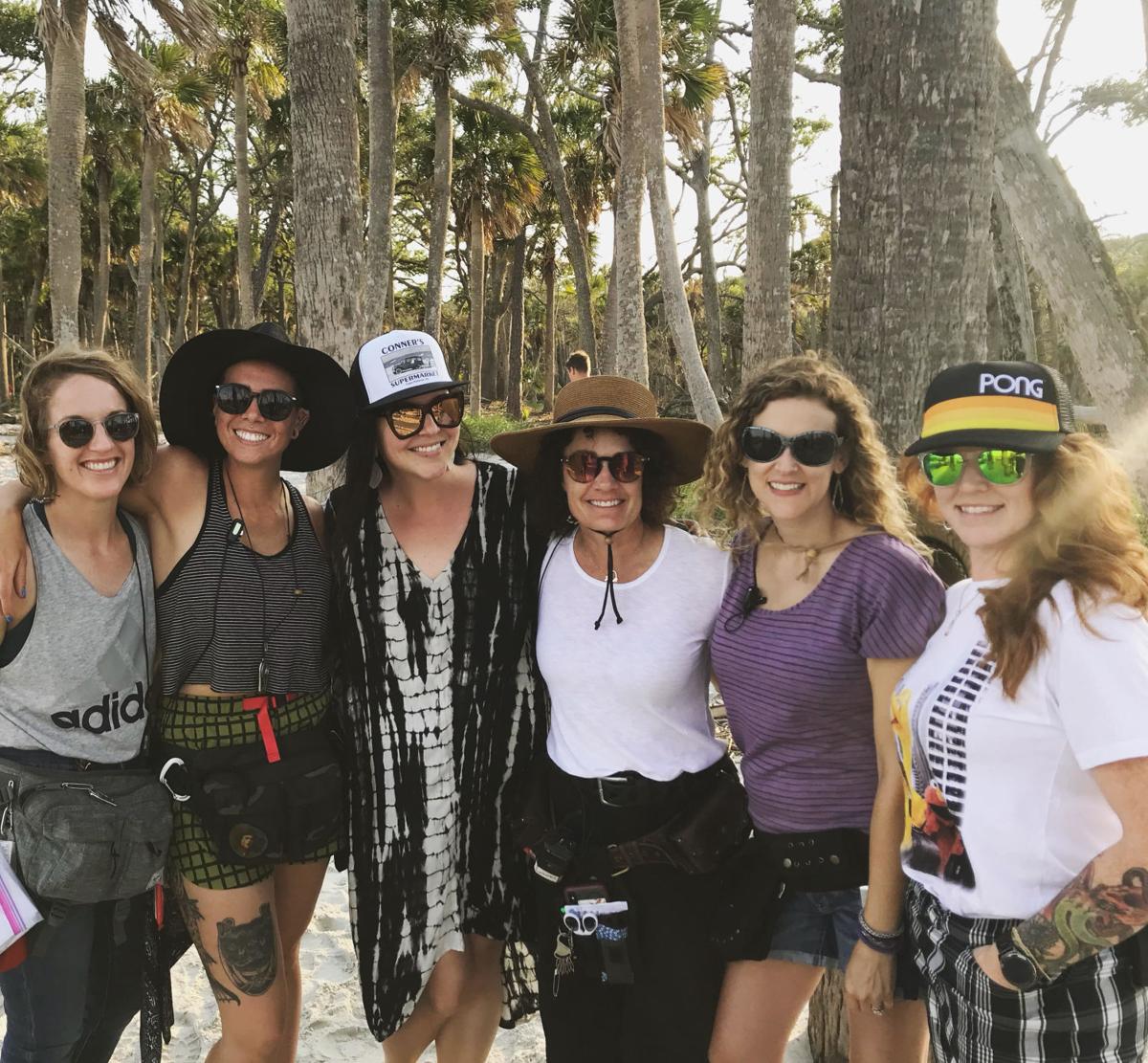 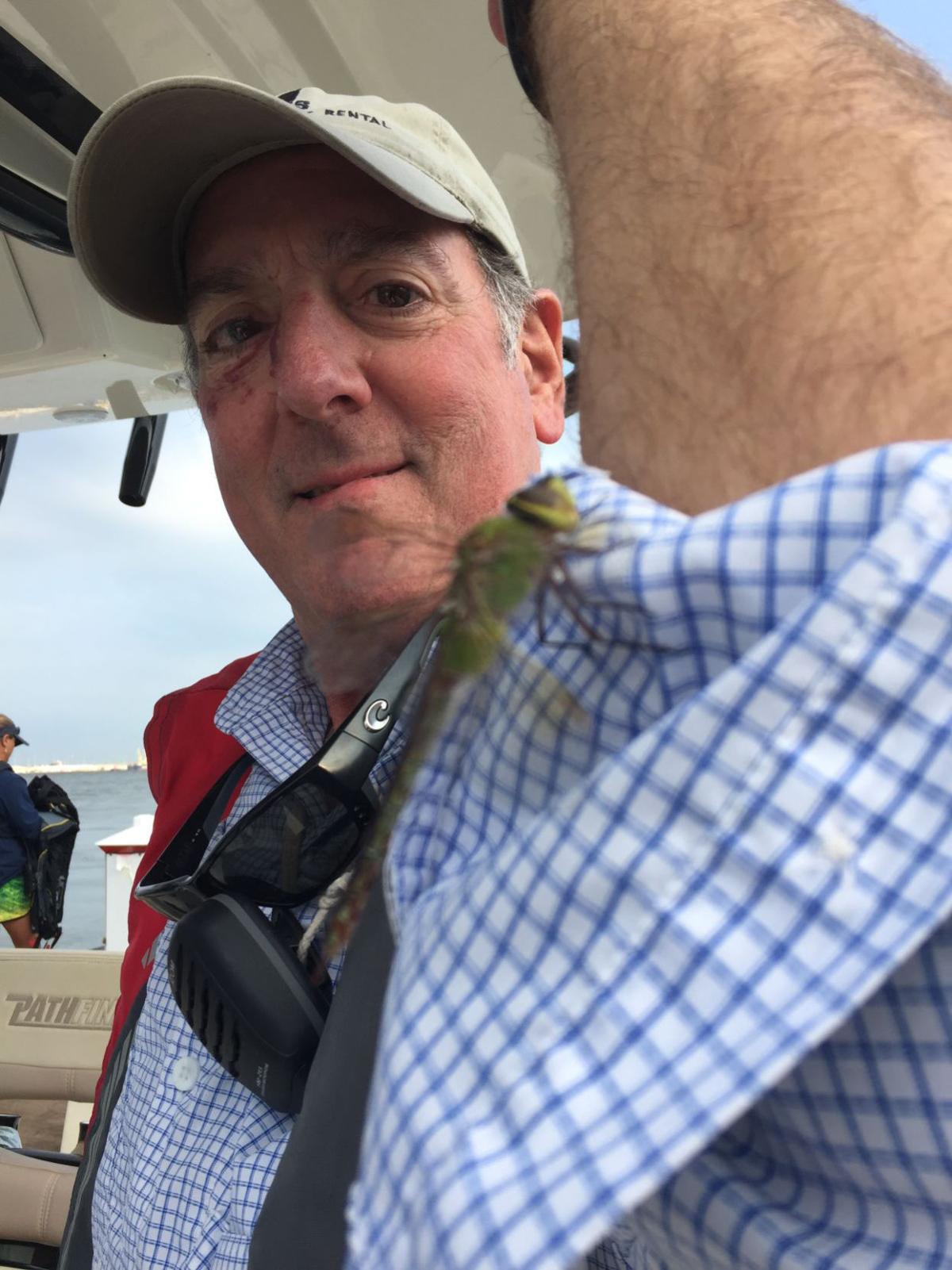 John Burn was on the marine crew for the Netflix show "Outer Banks." Provided 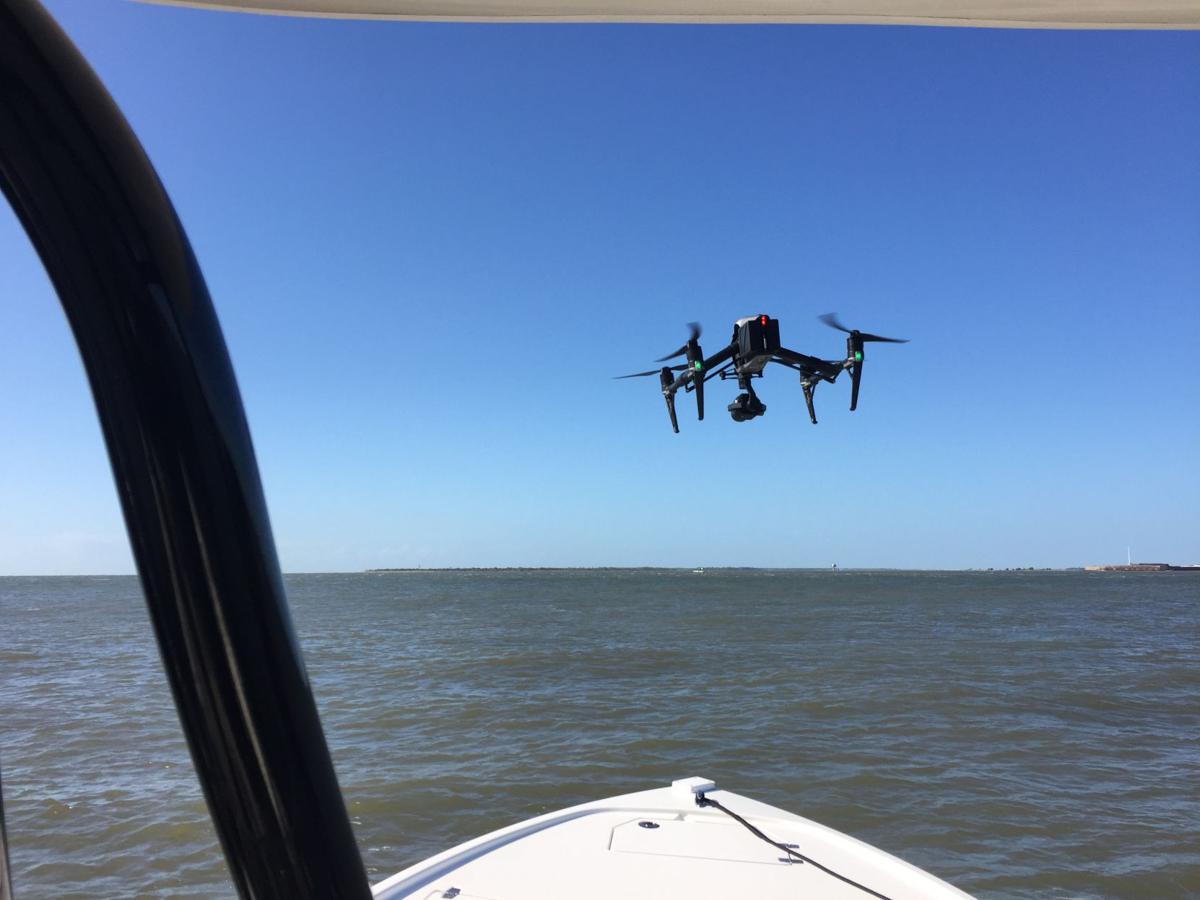 John Burn and the marine crew used drones for some of the filming of "Outer Banks." Provided 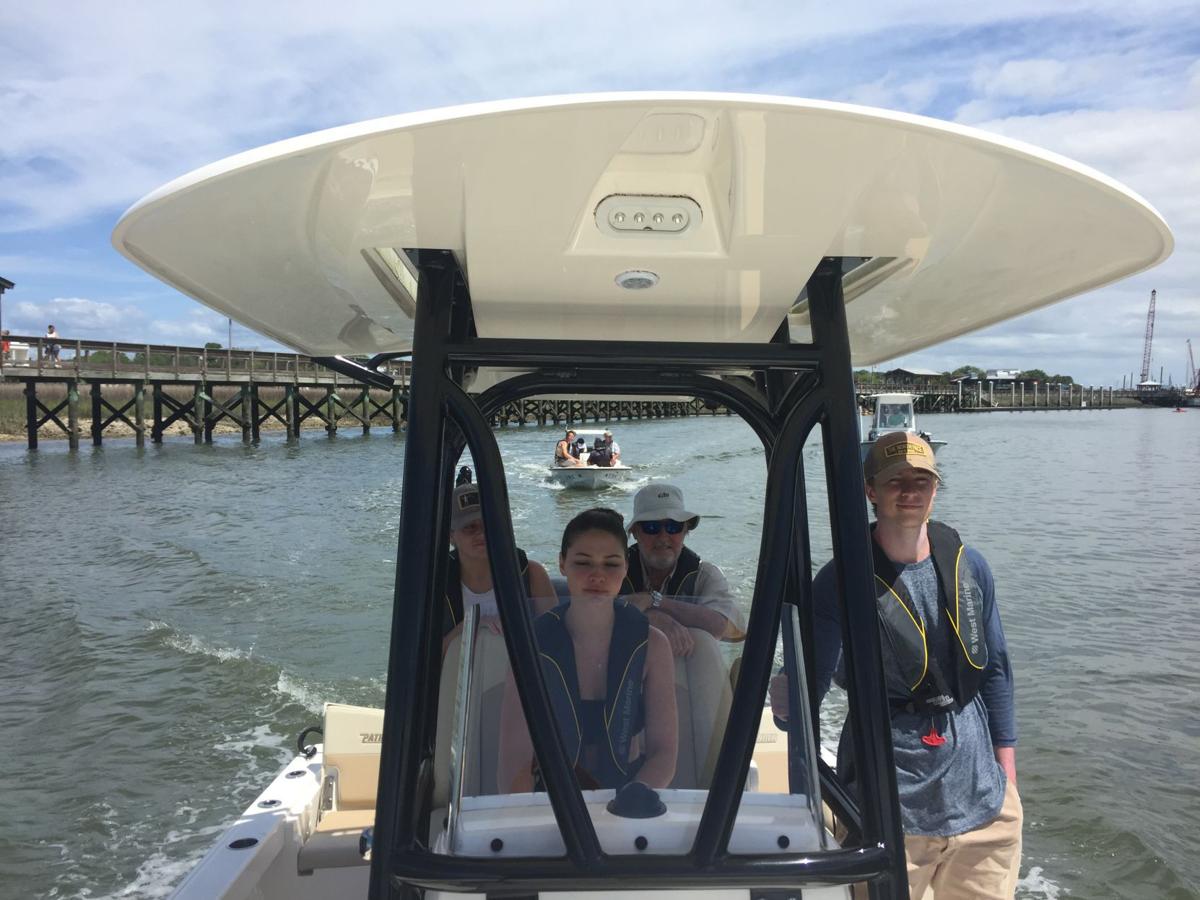 Some of the marine crew and actors from "Outer Banks" prepare for filming. Provided 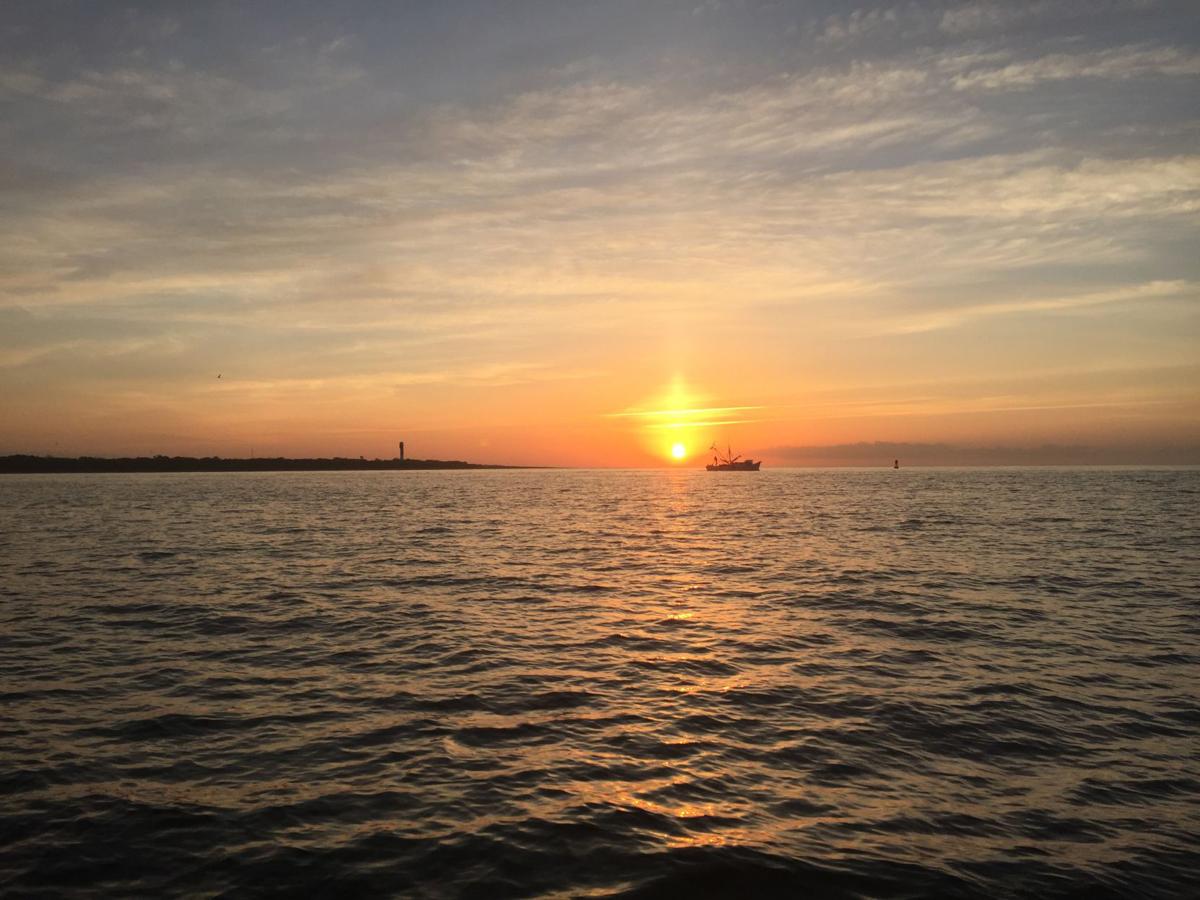 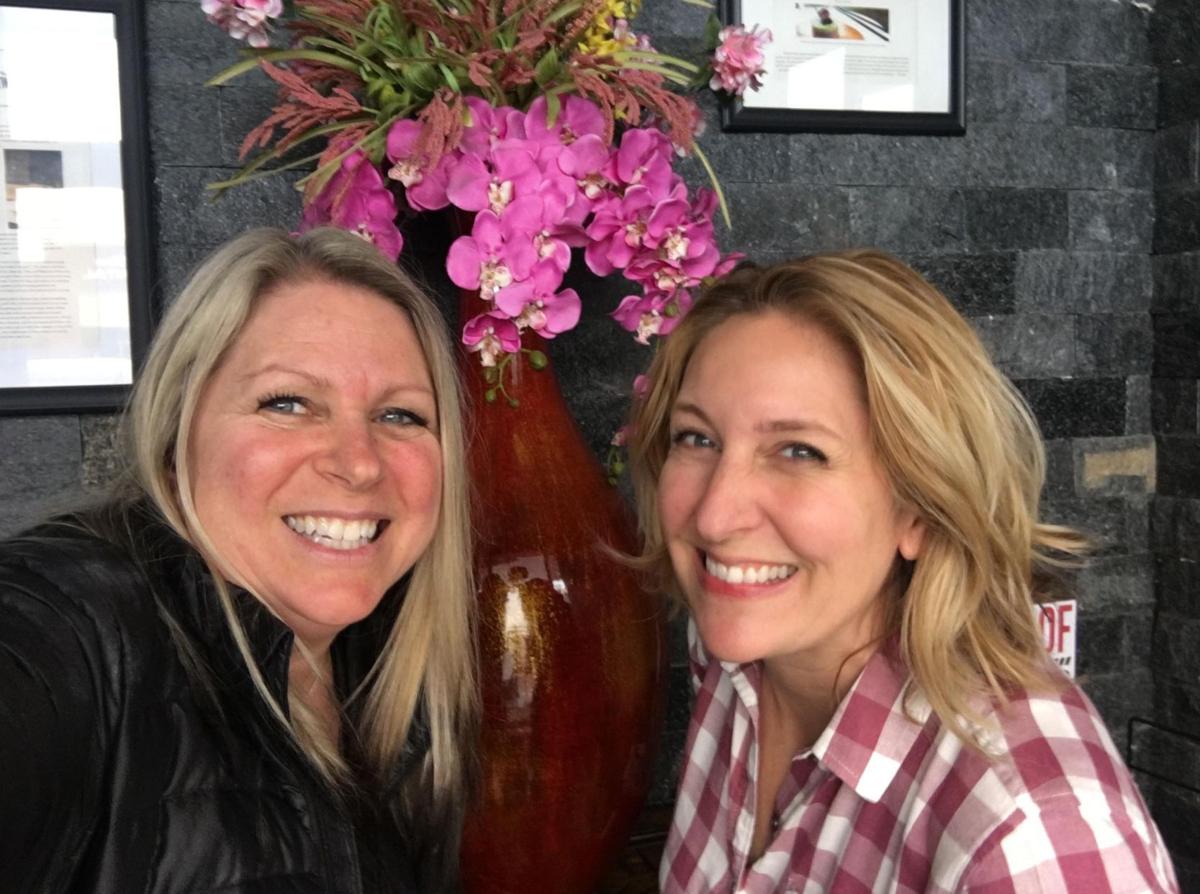 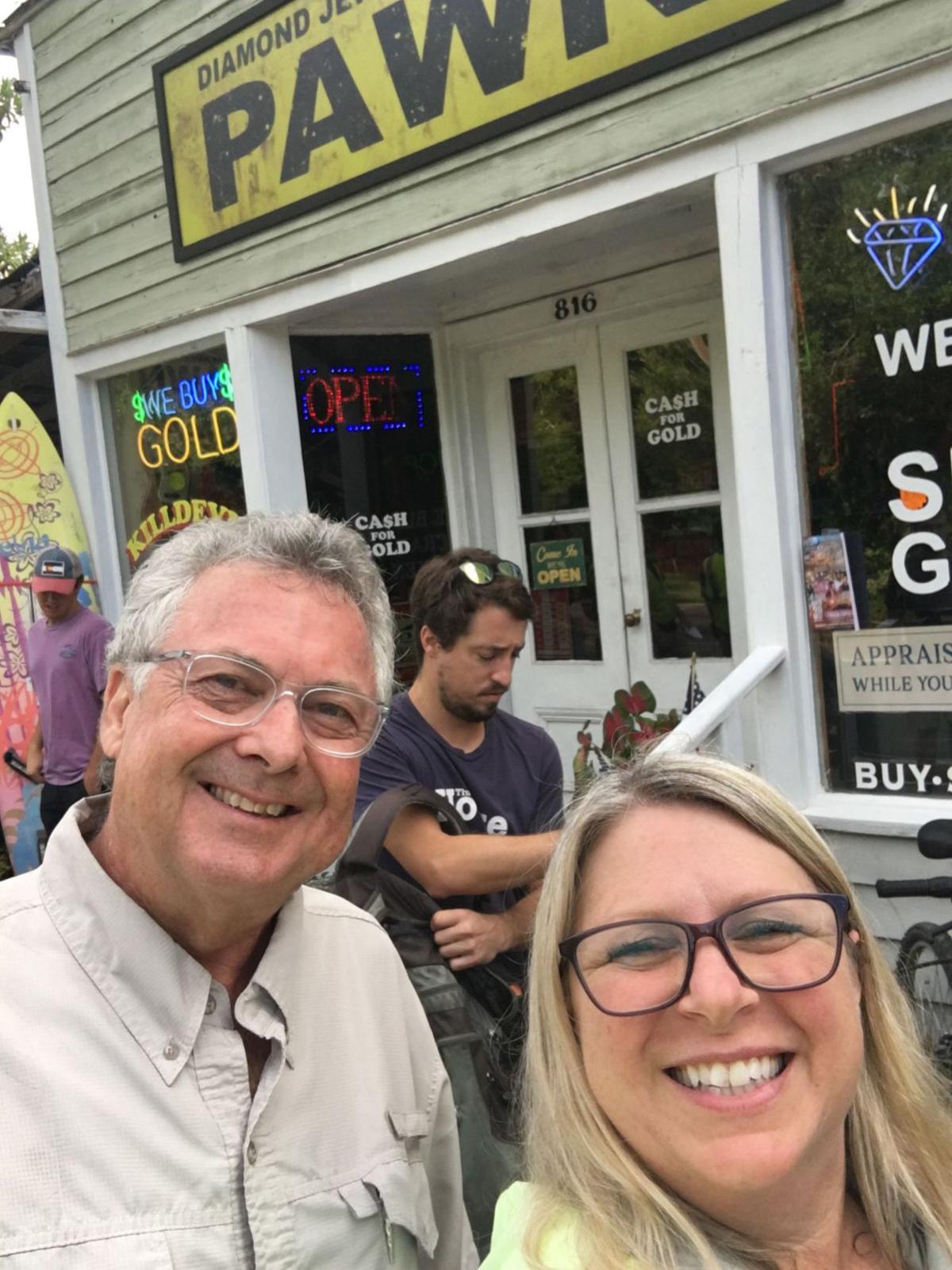 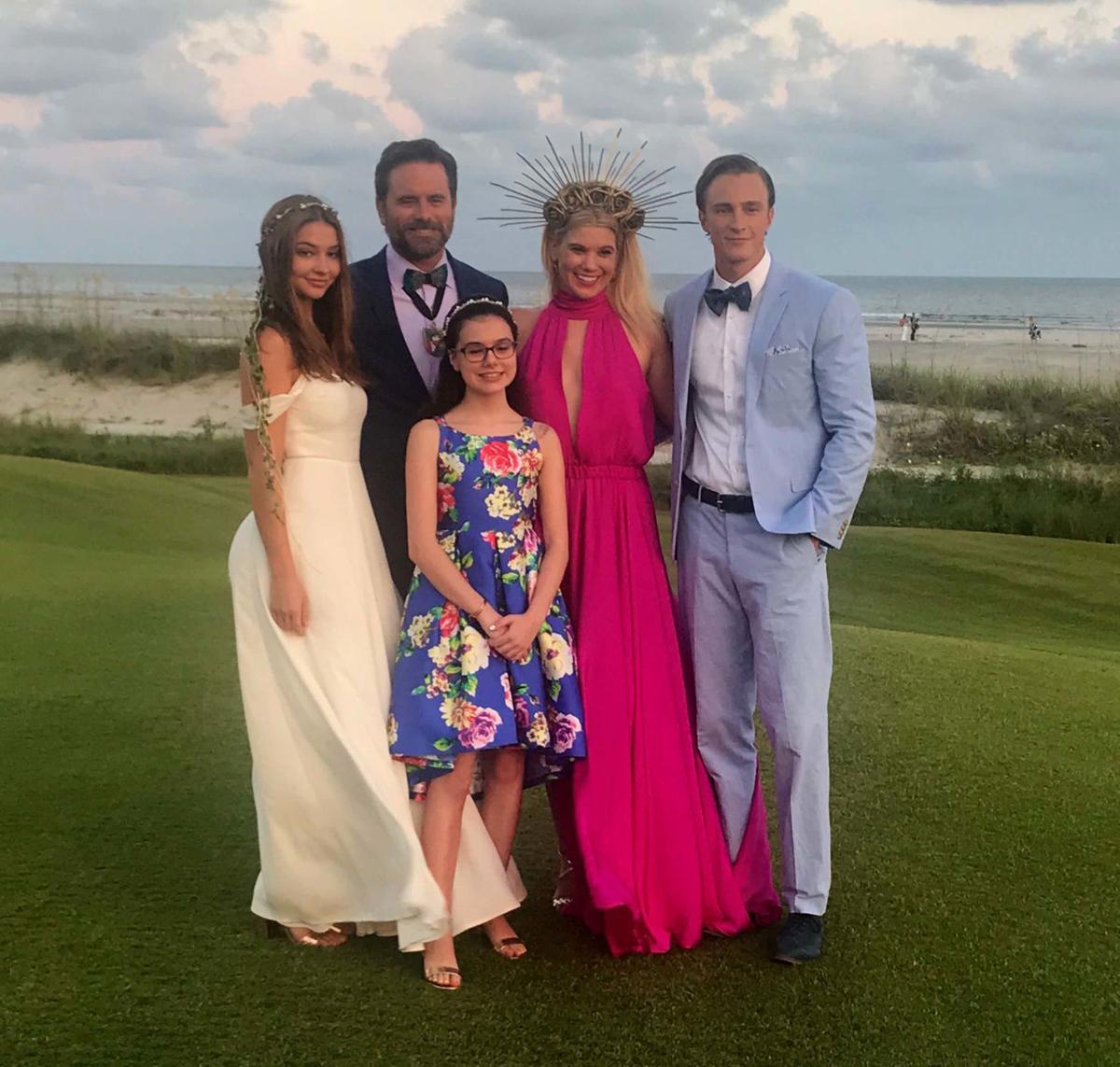 This photo of the Cameron family was taken at the Midsummer Night's Ball on Kiawah Island. Jackson Davis/Provided 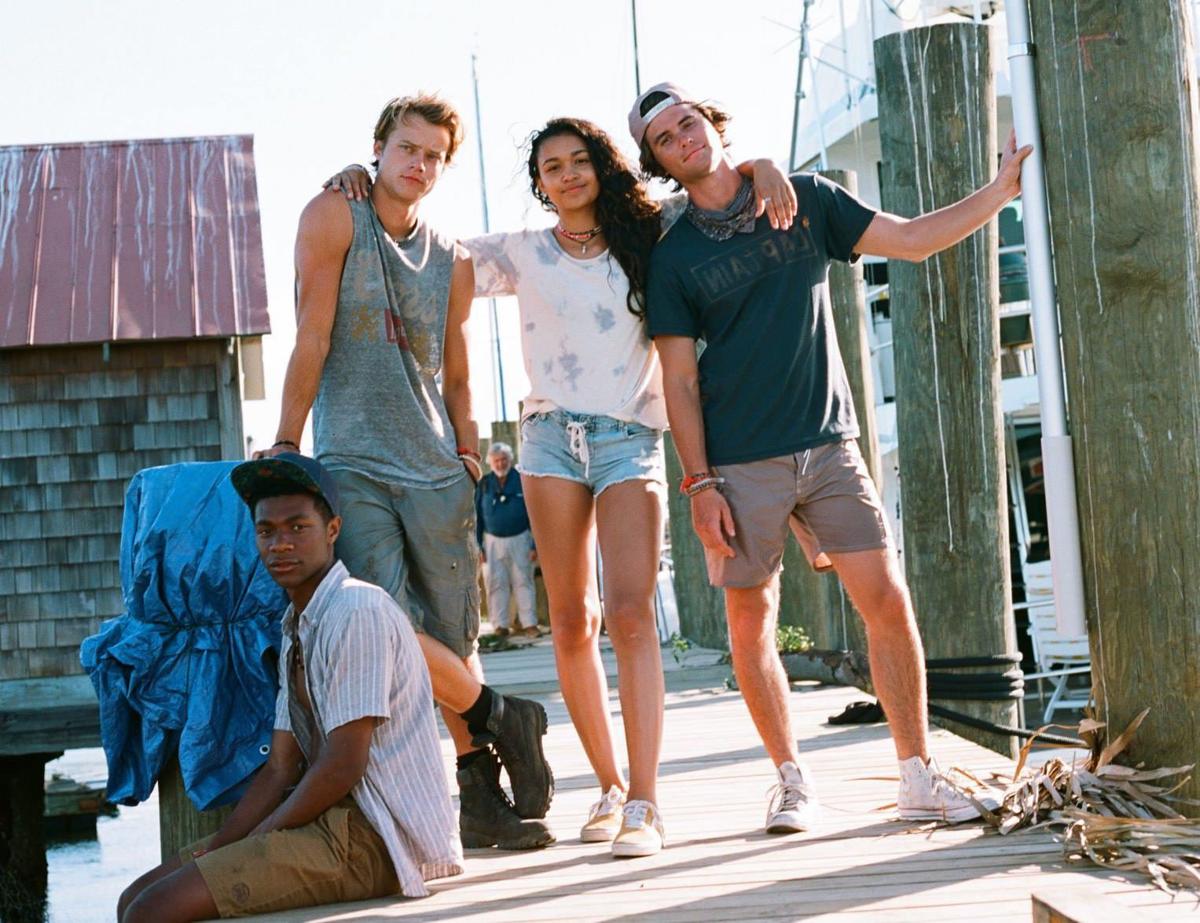 A behind-the-scene cast photo of "The Pogues." Madelyn Cline/Provided 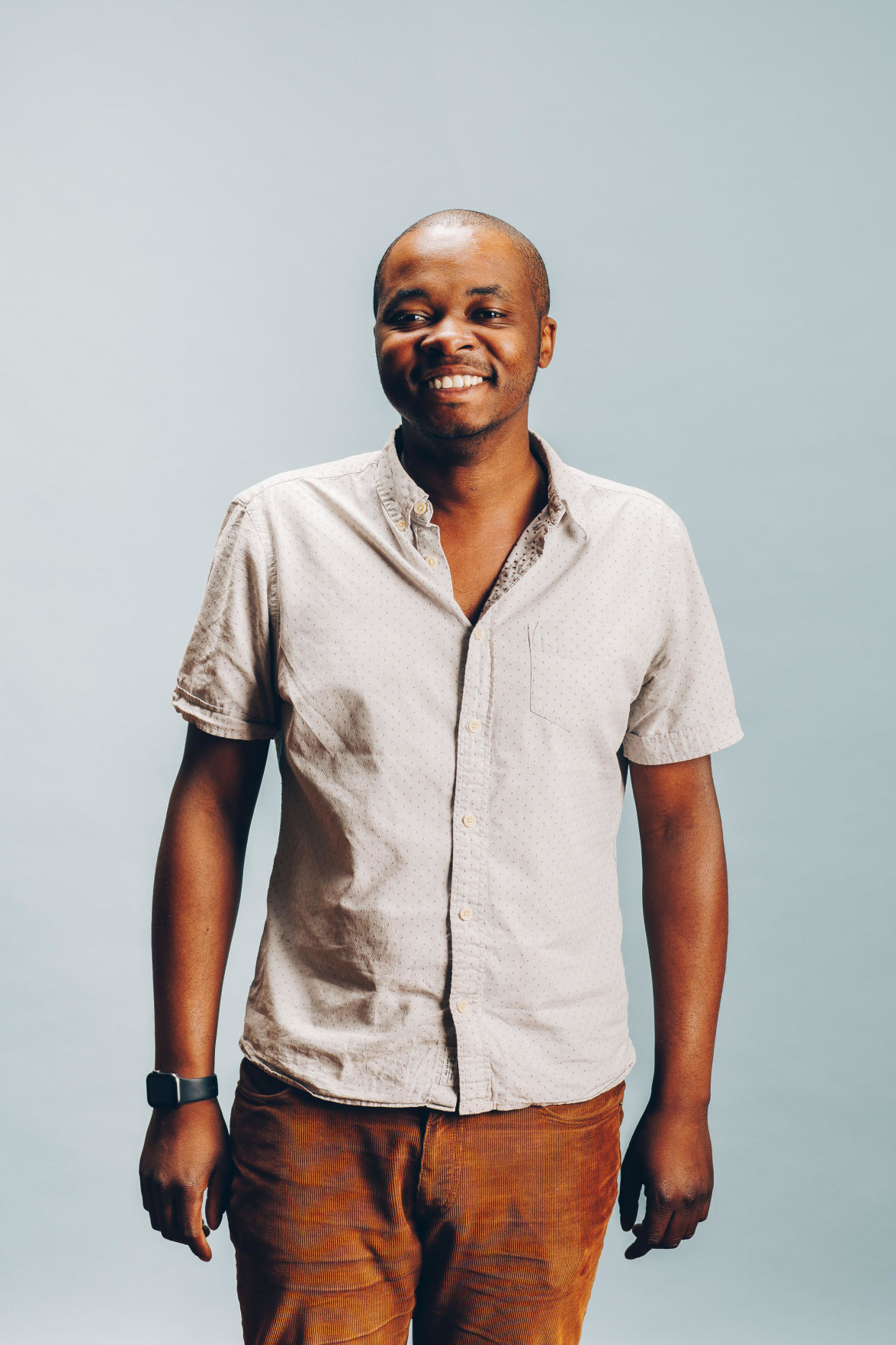 Emmie Holmes was the costume designer for "Outer Banks." Provided

John Burn was on the marine crew for the Netflix show "Outer Banks." Provided

John Burn and the marine crew used drones for some of the filming of "Outer Banks." Provided

Some of the marine crew and actors from "Outer Banks" prepare for filming. Provided

This photo of the Cameron family was taken at the Midsummer Night's Ball on Kiawah Island. Jackson Davis/Provided

A behind-the-scene cast photo of "The Pogues." Madelyn Cline/Provided

For every television show, there is an enormous crew working behind the scenes at odd hours to make sure all the details are in place. Those folks are tasked with creating and capturing the story that is being unfurled.

Among those crew members were cameramen, lighting engineers, costume designers, set decorators and location scouts. Their former screen credits include "Army Wives," "Mr. Mercedes," "The Righteous Gemstones," "The Notebook," "Halloween" and other popular shows and movies that were shot in the Holy City.

Missy Ricker, vice president of the Carolina Film Alliance and a Charleston-based set decorator for more than 20 years, hired several locals to work with her in the show's art department.

"It was a great advantage, because the show was set on the coast and all of us live on the coast," Ricker said. "We were all dealing with a genre and terrain that was very familiar to us."

Her job was to find and purchase furniture and decor for every location featured in the show, some of which she said were the most beautiful places she had ever seen in Charleston. She started prepping in March, two months before cameras began rolling.

Ricker worked with several local vendors to source everything from flowers for a Midsummer Night's Ball scene on Kiawah Island to window treatments for a house on Johns Island. To decorate one of the characters' estates at Lowndes Grove, she rented local taxidermy and high-end leather couches from Southeastern Galleries. She searched Craigslist for used items to decorate a James Island beach shack.

Music played a very important role in the series, Ricker relayed. She spent a month hunting down a print of The Clash's "London Calling" album cover by famous British music photographer Penny Smith that was named in the script.

She also secured posters, stickers, CDs and more from Monster Music & Movies in West Ashley, along with art and merchandise from local producer Ian Sypher and local bands Social Void and Fleming Moore, who was an extra on the show.

"It adds a little bit of authenticity when you can do that rather than having the art department make up fake band names," Ricker said.

Charleston composer Alex Collier, whose music has been featured in Netflix's "Riverdale" and HBO's "Silicon Valley," worked behind the scenes in the "Outer Banks" music department. Collier met the show's co-creator Josh Pate at the 2015 Sun Valley Film Festival, and the two convened again in Charleston after the Netflix series had been greenlighted and spent time "talking about music and life."

Collier's music was considered for the show, but ultimately Phil Eisler, the composer for "Shameless" and "Empire," was selected. Collier was consulted for choosing and editing the music for particular scenes post-production.

"I got to meet most of the cast, and they are incredibly talented," Collier shared.

Another important piece of the behind-the-scenes puzzle was finding the best Lowcountry places to film. That job fell to location scout Linda Lee, who previously worked with "Outer Banks" creators Josh and Jonas Pate on another Charleston-filmed project, a feature film called "Deceiver" in 1997. Her prior experience working with the duo helped her understand their vision this time around, she said.

By the time of the first preliminary scout with Netflix in early January, Lee said they had found all the major locations, which helped Netflix decide to film in South Carolina. Lee said the South Carolina Film Commission played a major role in getting permission to film at certain sites, along with homeowners, neighborhood associations and local police departments.

"Any major production requires the support of entire communities to make them happen successfully," Lee said.

While locations ranged from McClellanville to Sullivan's Island to Wadmalaw, a cast and crew favorite was Shem Creek, Lee said.

Art director Leslie Keel worked closely with Lee, the graphic designer, and set designer. One of her main tasks is to create "look books," which communicate the look of the show through reference photos, drawings and notes.

"Being an art director is like orchestrating a circus of talented and sometimes eccentric artists, and it’s wonderful," Keel shared.

Costume designer Emmie Holmes, who lives in Mount Pleasant's Old Village, had been on the road for years before coming home to work on "Outer Banks." She said she often walked to Shem Creek, Pitt Street and other places where scenes were filmed.

Her team designed, shopped, altered, dyed and aged most of the costumes for the season in advance, then brought wardrobes to the set. Holmes said the show incorporated a lot of block shooting, meaning multiple scenes from different episodes would be shot on one day. That meant a lot of outfit changes.

"I always say being a costume designer is like packing the suitcases for around 45 people to each take a two-week vacation," Holmes said with a laugh.

It was a really hot summer, according to cast and crew, and marine crew member John Burn was feeling the heat for hours at a time, making sure the show's many water scenes were properly executed.

Burn, who worked on "Forrest Gump," "The Patriot" and "Die Hard With a Vengeance," filmed on boats all around the Lowcountry, including Charleston Harbor, Fort Johnson, the Ashley River, the Cooper River and Shem Creek. His crew used a drone in addition to video cameras.

Safety was the most important issue on the water, Burn said. The right equipment, proper training for crew members and escorts from the Coast Guard all were important. The show also worked with local marinas and charter companies like Coastal Expeditions, Adventure Harbor Tours and Isle of Palms Boat Rental.

"Think about having more than 100 people in the middle of the marsh miles from anything," Burn said. A beautiful and sometimes formidable picture. Luckily, he said, it leaned strongly toward "beautiful."

For stories from Charleston-based "Outer Banks" extras, read our separate article at charlestonscene.com.