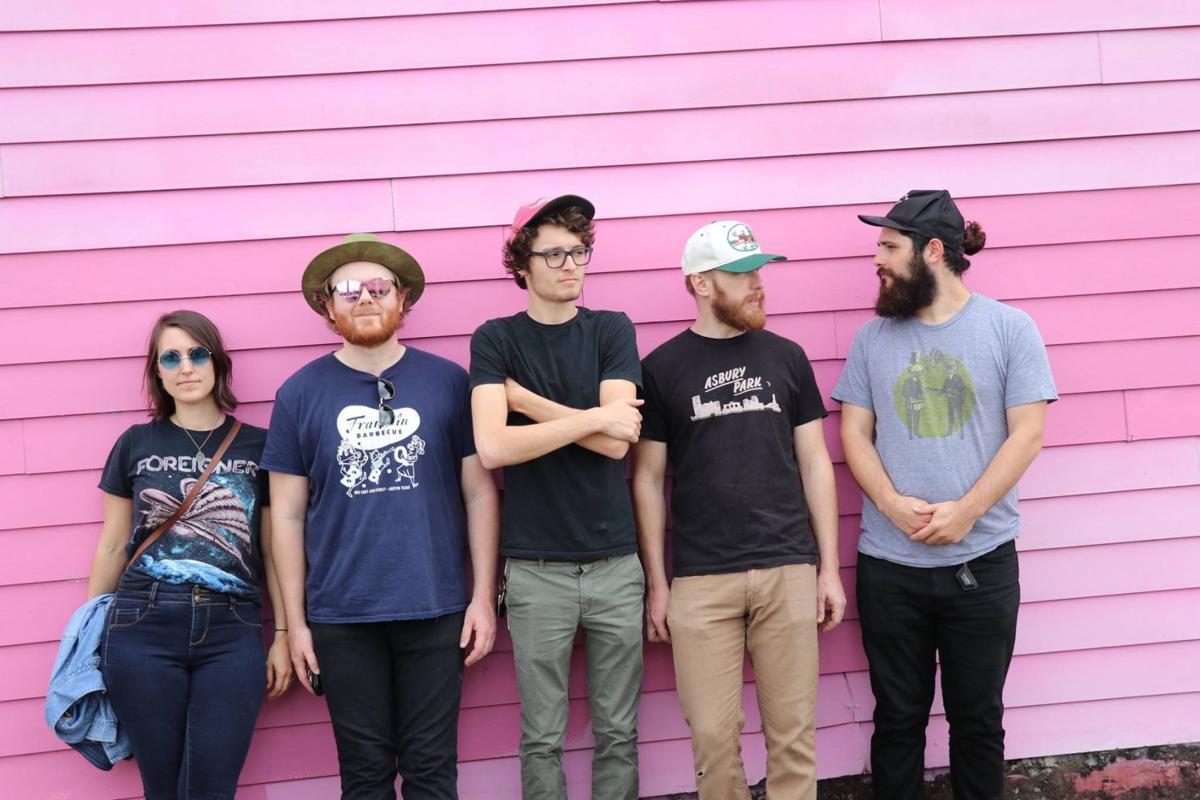 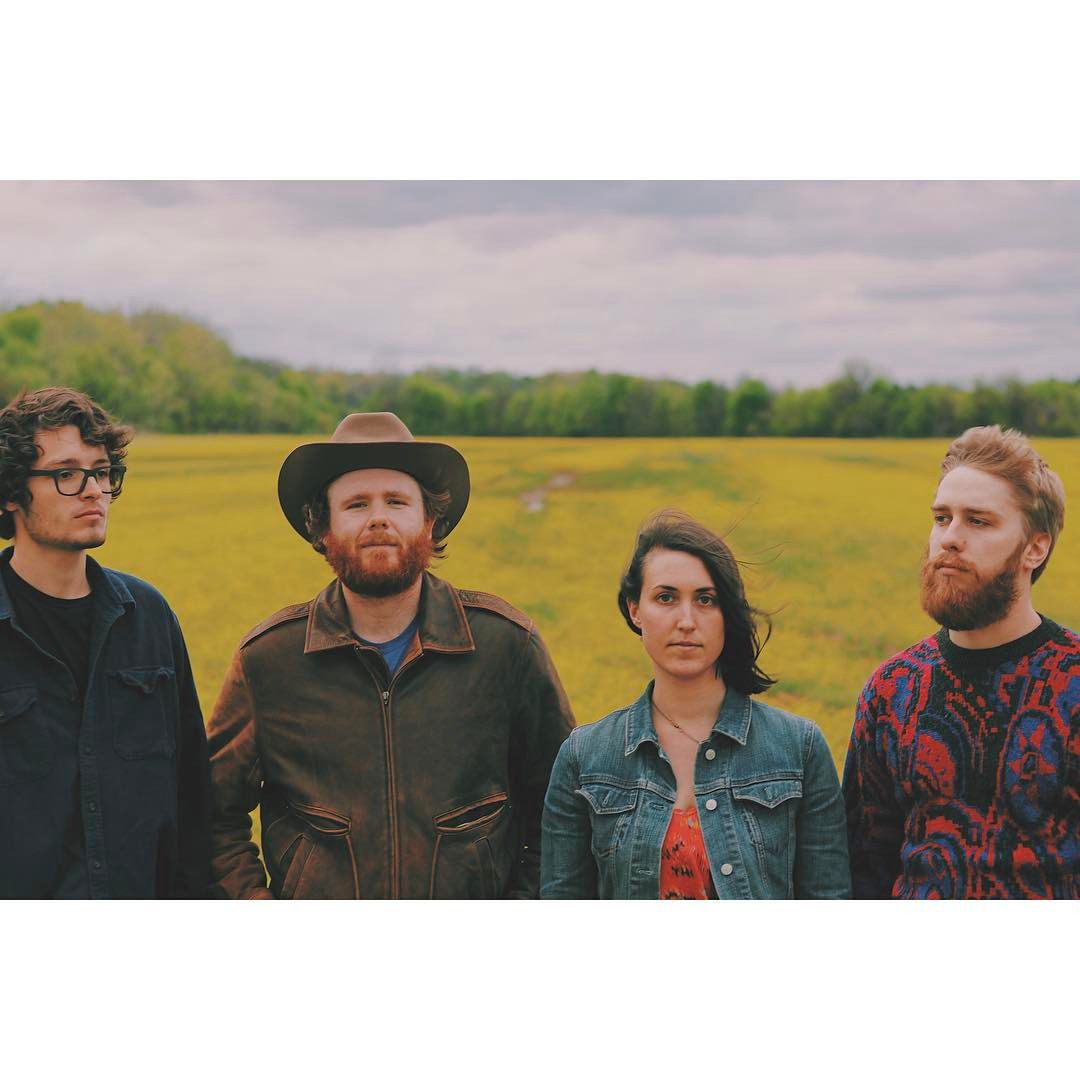 The High Divers were on tour in Arizona when the crash occurred. 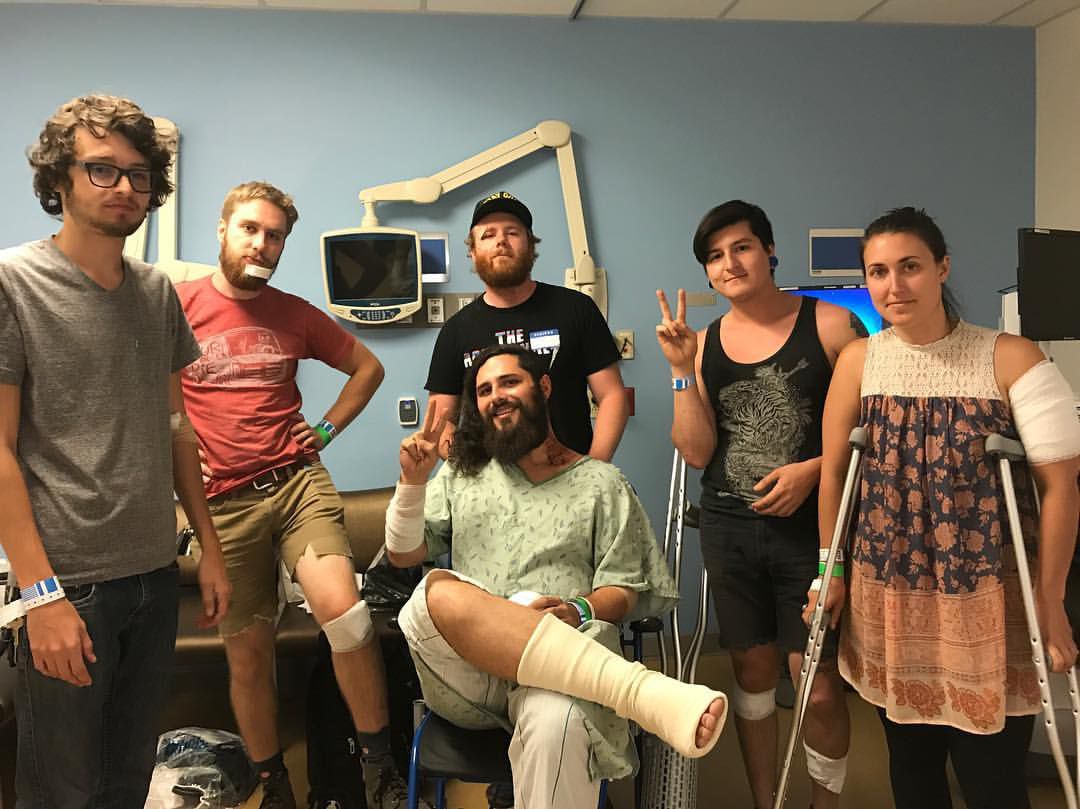 The High Divers at Banner Desert Medical Center after their tour accident on June 13. 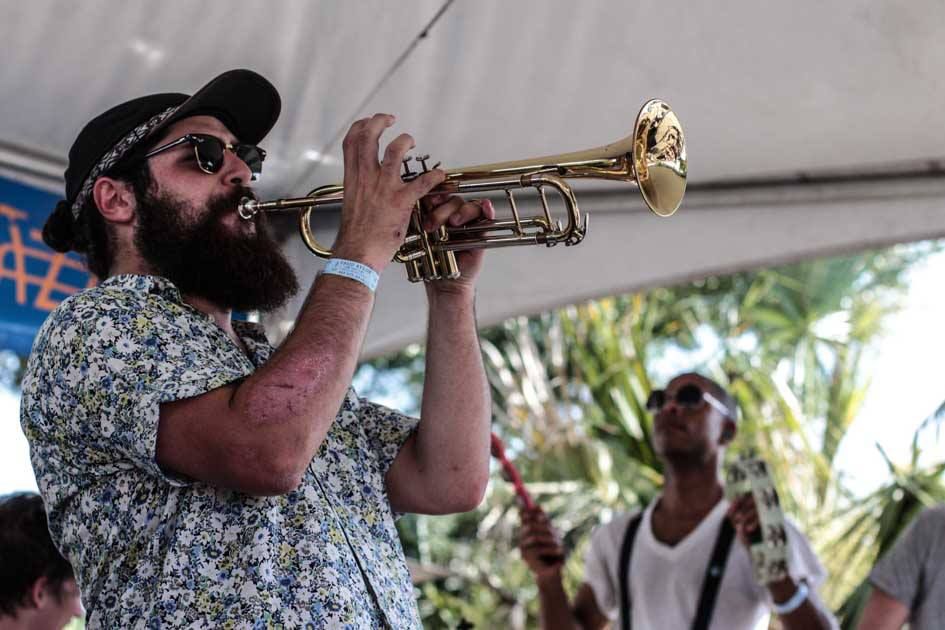 Clay White played trumpet at the Summer Shindig on June 25, less than two weeks after the accident. 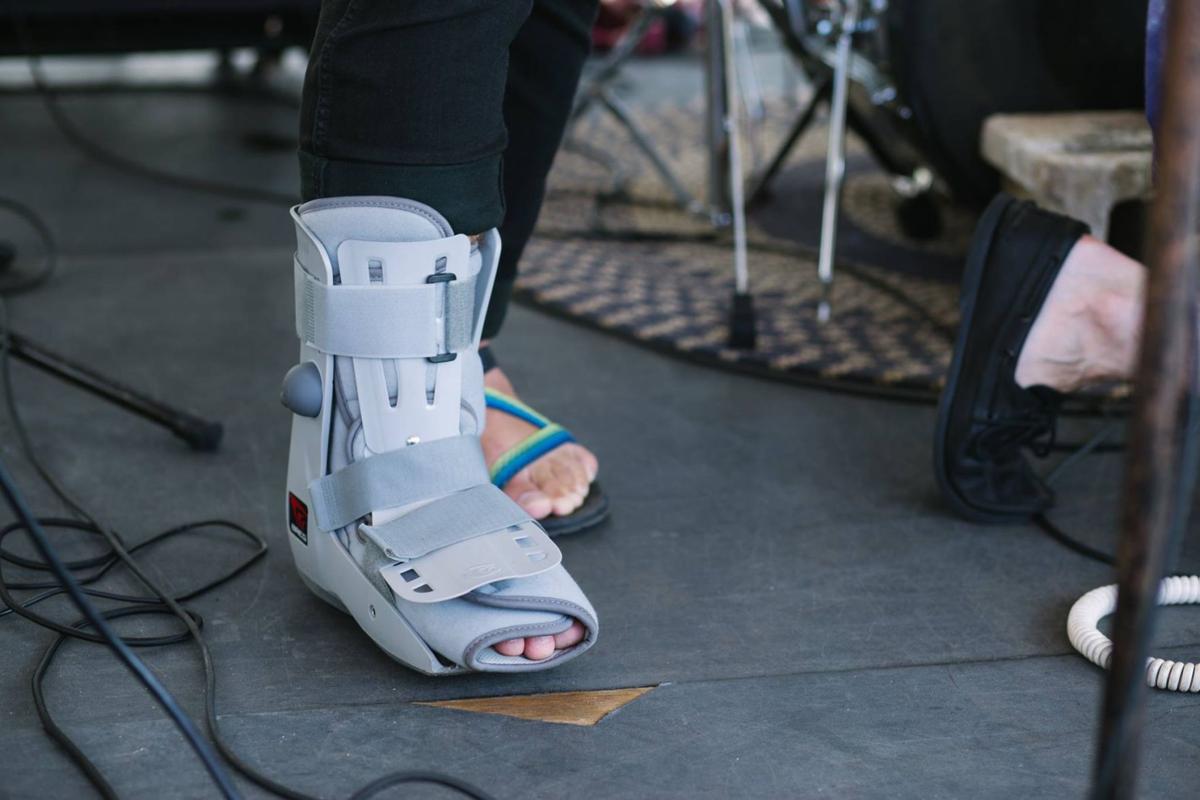 Clay White played with Secret Guest at the Summer Shindig with a boot on his foot. 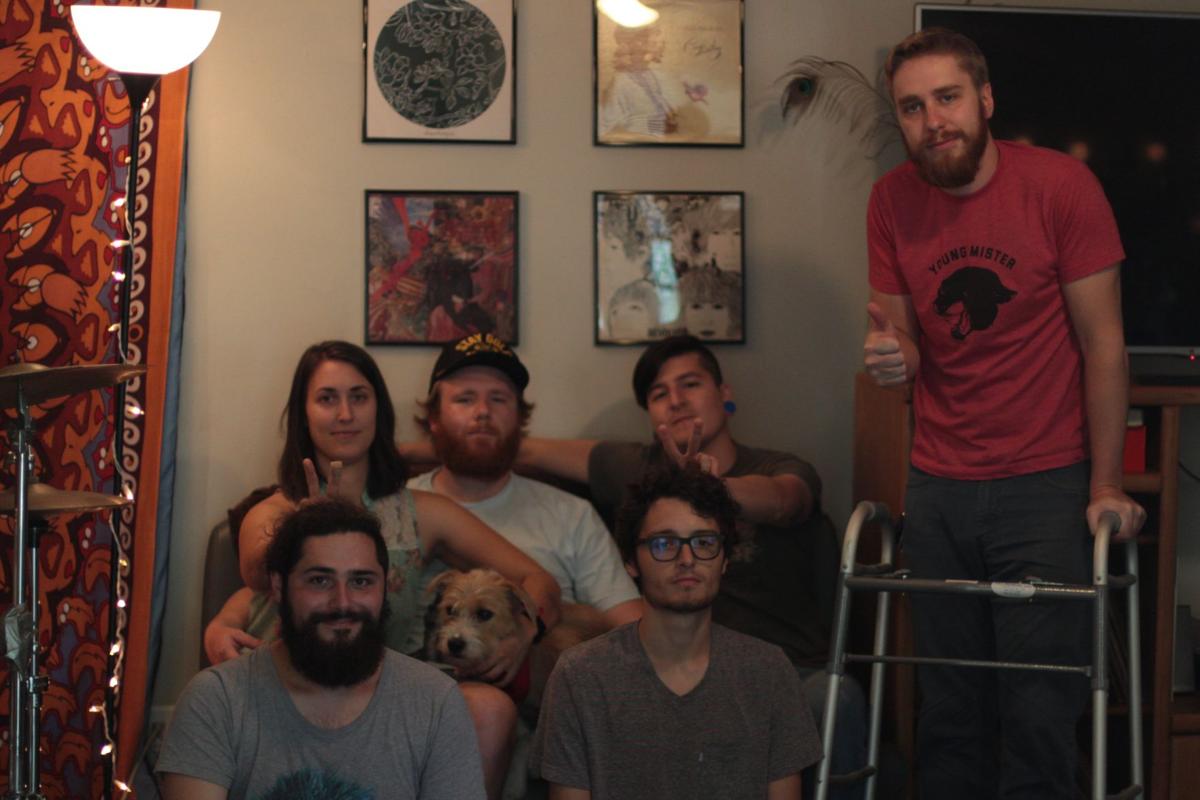 The High Divers were on tour in Arizona when the crash occurred.

The High Divers at Banner Desert Medical Center after their tour accident on June 13.

Clay White played trumpet at the Summer Shindig on June 25, less than two weeks after the accident.

Clay White played with Secret Guest at the Summer Shindig with a boot on his foot.

On June 13, Charleston groove-rockers The High Divers were just beginning a six-hour drive from Scottsdale, Arizona to Los Angeles when a semi-truck barreled into the tour van, flipping it over, shattering the windows and leaving the band's West Coast dreams in the desert.

“I saw the truck inching out, and I heard the guy rev the engine, and then it did the movie thing where everything slowed down and kind of came in toward us and then it was really fast zooming back out all of a sudden," recalls lead singer, songwriter and guitarist Luke Mitchell. "Then the van tipped over. I didn’t realize we were on our side. Then I looked up and Jorge was in my lap and Mary Alice was above me, and everyone was just bleeding all over me.”

Just one week into a three-and-a-half-week June tour, the band was rushed to Banner Desert Medical Center in Mesa, Arizona, bloodied and shaken, some with broken bones and all with broken spirits.

All of the passengers — frontman Luke Mitchell, keyboardist and singer Mary Alice Mitchell, bassist Kevin Early, drummer Julius DeAngelis, trumpet player Clay White, tour manager Jorge Garcia and dog Norah — were ultimately OK, but the rest of the tour was canceled. And the van was totaled.

"It felt like the equivalent of a tornado blowing through your home, because all our stuff’s in there," says Mary Alice Mitchell.

“But the tornado is a semi … and it's the sequel to 'Sharknado' — 'Seminado,'” adds DeAngelis, inciting laughter.

The High Divers were all finally ready to laugh, a month after the horrific accident. However, there are still hurdles to climb, including physically healing, waiting for insurance money to replace the van, repairing damaged equipment and actually picking up their instruments again.

“It’s like having to have a bad conversation with somebody," says Luke Mitchell. "You’re dreading doing it, and the dread starts to build to mythic proportions. And all you really need to do is have the conversation. It’s not going to be that bad. Getting back out playing is like that. I keep thinking, ‘What if I can’t do this or I keel over on stage or my back hurts or I forget all my songs?’ We’ve all just got to get back out there and do it, and we’ll feel better and back to normal.”

Though the Mitchells were just getting used to playing guitar and keys again before their first show as a band since the accident (on July 9 in Macon, Georgia), DeAngelis had already gotten back in the studio for some work with Corey Campbell of SUSTO.

And White and Early had played at the Summer Shindig with Steven Fiore, Secret Guest and Crab Claw on June 25 at the Royal American. In fact, all of the High Divers attended the Shindig, a significant victory given the circumstances.

"The Summer Shindig kept me going," says Mary Alice Mitchell. "I was laying in bed hurting, but it was my goal to make it there."

The keyboardist was wheelchair-bound, along with Early, for a significant part of the recovery process.

“I have to sit down and play now because of my hip," says Mary Alice Mitchell. "The hardest part, really though, is getting into the zone creatively, because you have all this crap on your mind. It’s the weirdest part. And everyone’s like, ‘Oh, take this time to write some songs about it.’ And you just want to stare at a wall and relive it in your mind over and over again."

Along with medical bills (Mary Alice Mitchell's was more than $17,000 for just the first day in the hospital) and learning to play again, the High Divers face damages to some of their instruments, including White's trumpet, Luke Mitchell's vintage amp and potentially DeAngelis' retro drums. The band's road cases were completely ruined but helped protect the instruments for the most part.

"It can look the same, but if something’s just a little bit out of round, it’s going to sound different," says DeAngelis. "The reason I buy a 1965 Ludwig Supraphonic Snare Drum is for the way it sounds. It’s very specific. It’s not like I can buy any drum and it’s the same.”

Replacing irreplaceable equipment is not easy and neither is recompensating the High Divers for connections lost by having to cancel the tour. The band was en route to make an appearance on Adam Carolla's popular podcast in Los Angeles and had a house show with industry executives lined up, a meeting with a legendary producer and several other missed opportunities.

They also had to delay their next album release, which was slated for September. It is now set for January 2018.

In the wake of all these setbacks, tour manager Garcia, as well as other members of the Charleston music community, decided they had to do something to help. That's why Garcia and High Divers manager Jean Hubbard, with the help of Corey Campbell and Steven Fiore, began organizing a benefit concert.

The Artisanals, The Mobros, Hunter Park and Matilda Dae will play the High Divers benefit concert at the Royal American on Friday. Donations of $10 or more will be accepted at the door to go toward some of the band's costs accrued from the accident.

“There’s no place like Charleston as far as people being excited for each other and always willing to help each other out," says Luke Mitchell. "And even before all this happened. You go to any other music scene — like I lived in Austin and Boston and did the music scene in each of those towns — and everyone’s always talking (expletive) about each other. But here, it’s a lot more uplifting. People are pretty inspirational and take their music really seriously. And I think that transferred over to helping us.”

The High Divers are grateful to be a part of such an embracing community, and to be alive.

If you can't make the benefit concert, you can still send a donation via Venmo to "The High Divers CHS."

PRICE: $10 or more donation at the door

Song of the Week: "Wild With You" by The High Divers

If you like Tom Petty and Neil Young, take a listen to our Song of the Week.

The High Divers want to "Ride With You" through the sticky Southern summer.