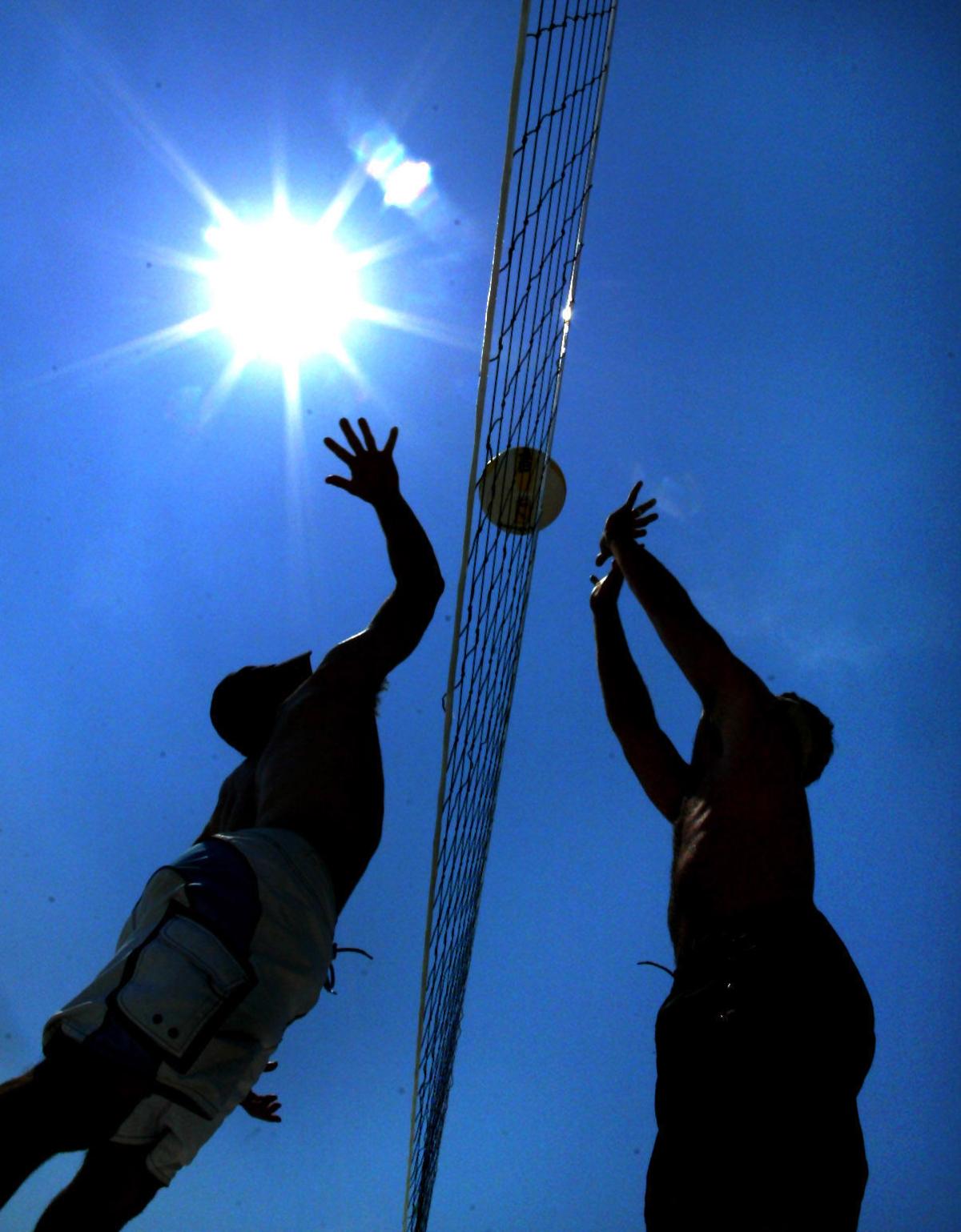 A beach volleyball competition will be a part of Sunday's Sea & Sand Festival activities. Jim Tiller/File 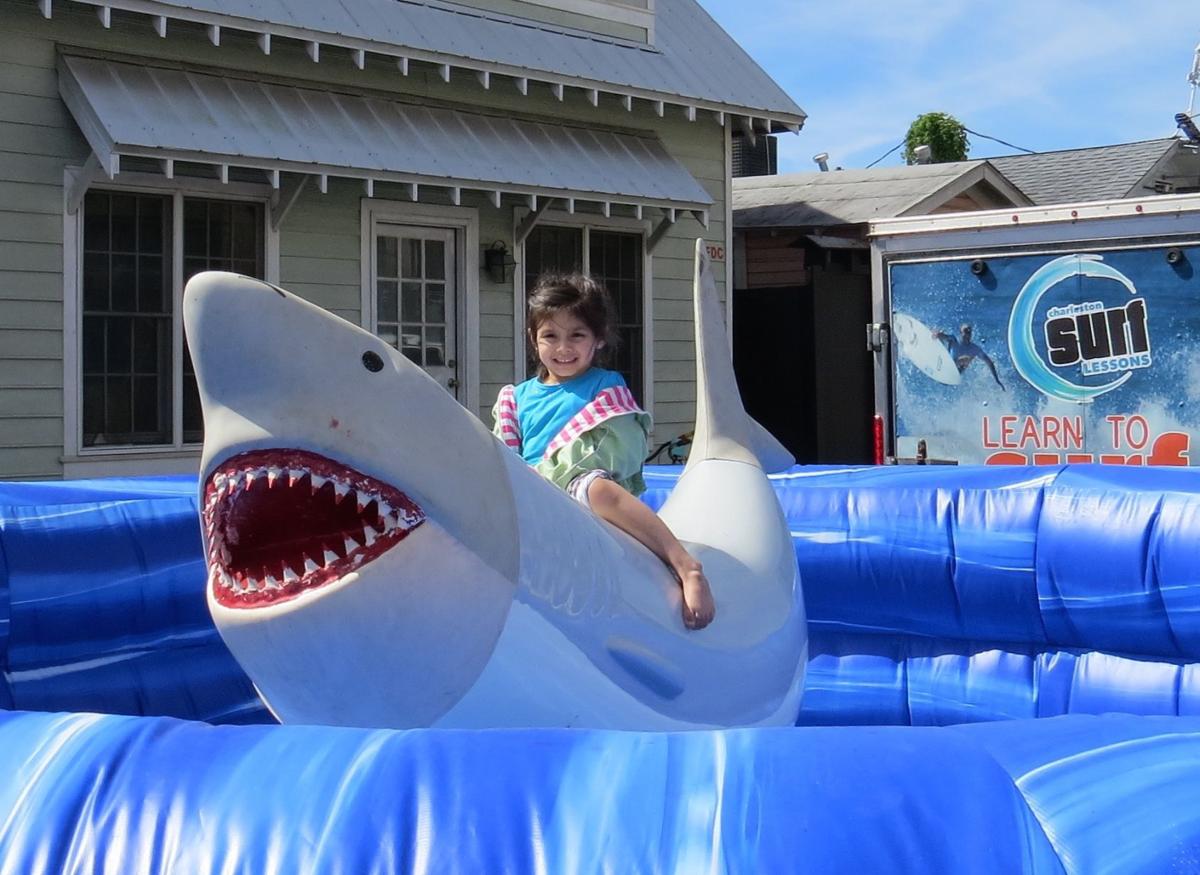 The family-friendly Sea & Sand Festival returns to Folly Beach on Saturday. File/Sally Rainey/Special to The Post and Courier 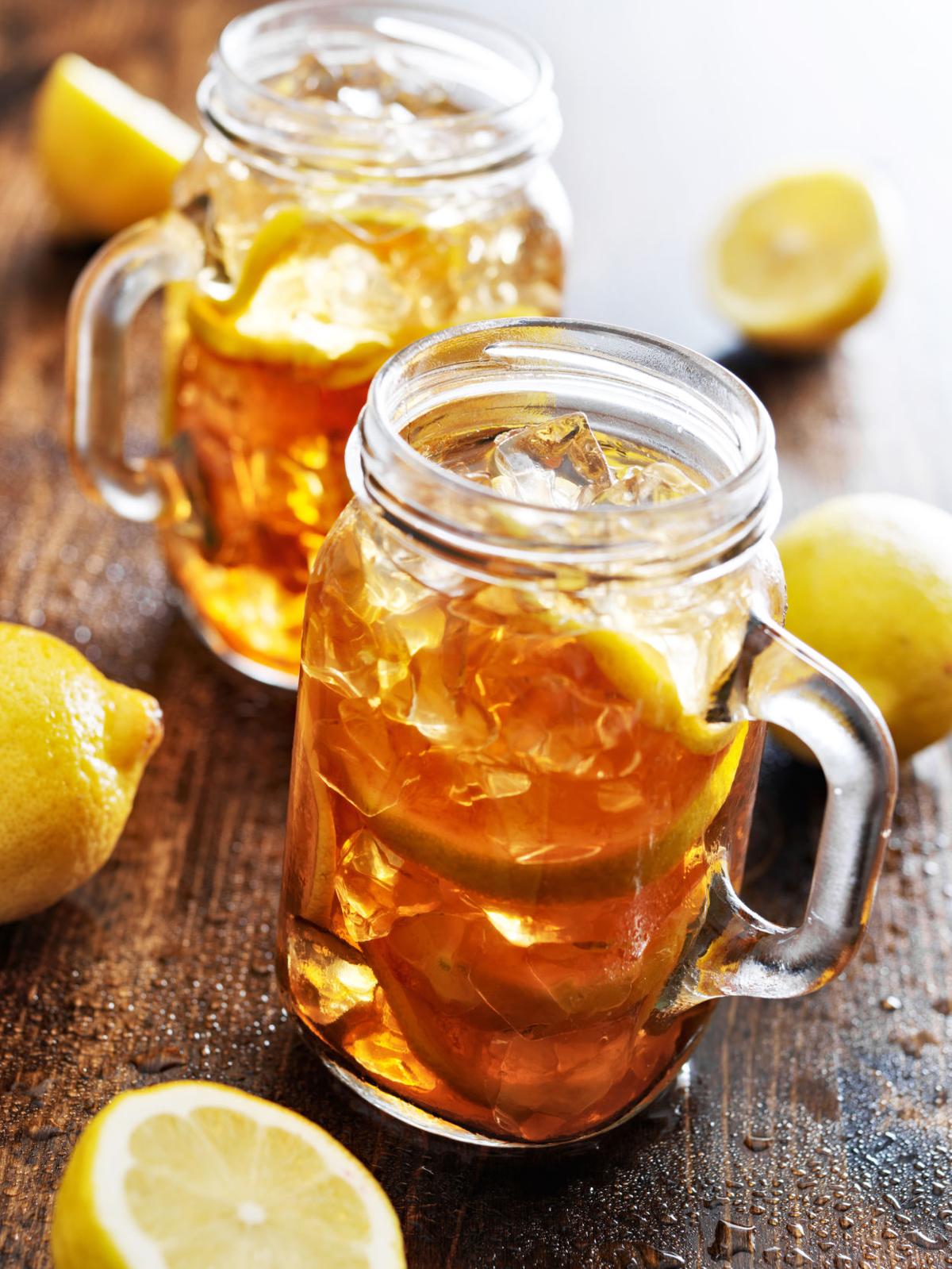 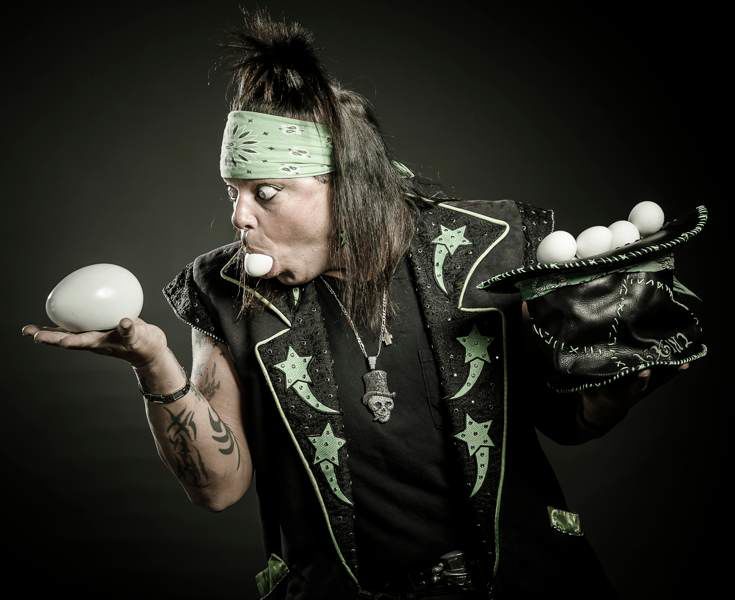 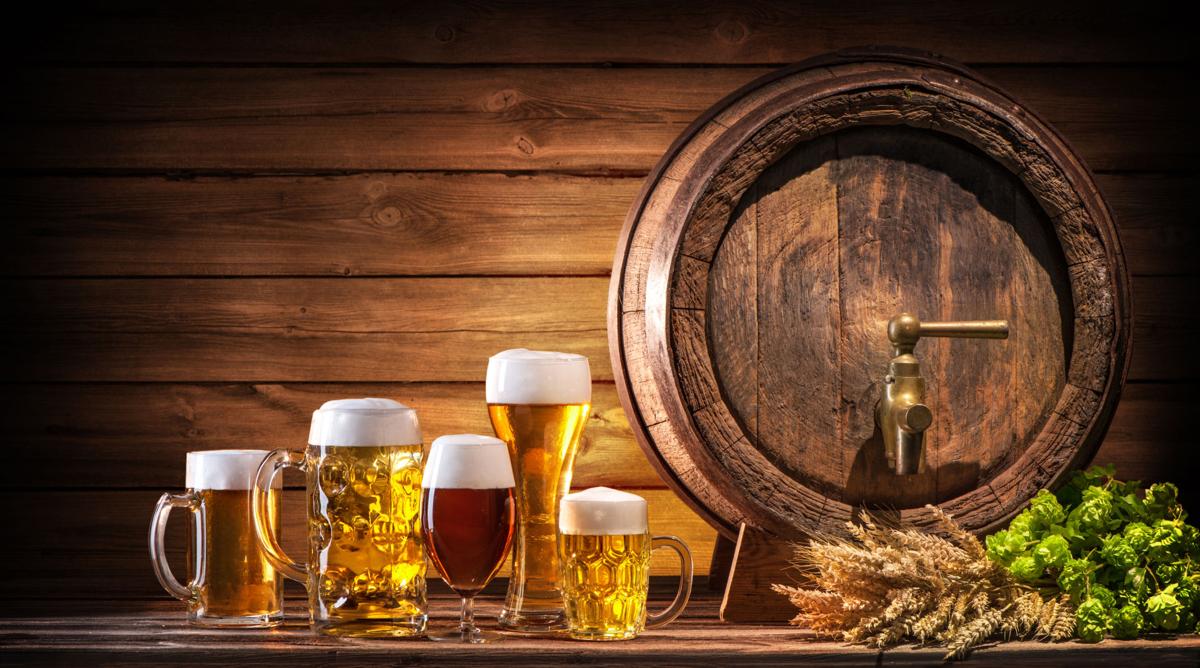 There are several runs and walks for special causes around town on Saturday. Pavol Stredansky/Dreamstime 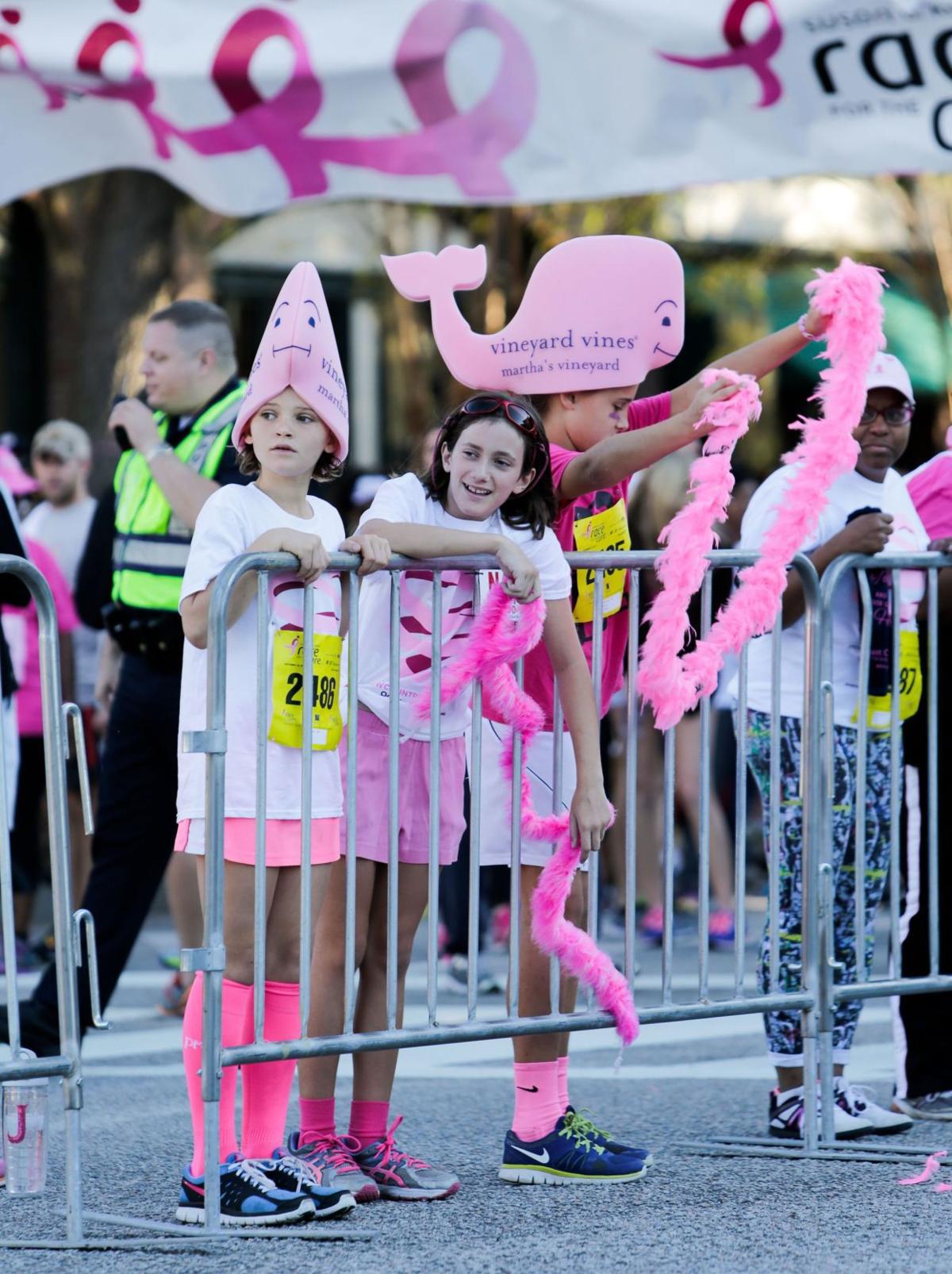 The Susan G. Komen More Than Pink Lowcountry Walk, formerly the Race for the Cure, will be at Riverfront Park on Saturday. File/Staff 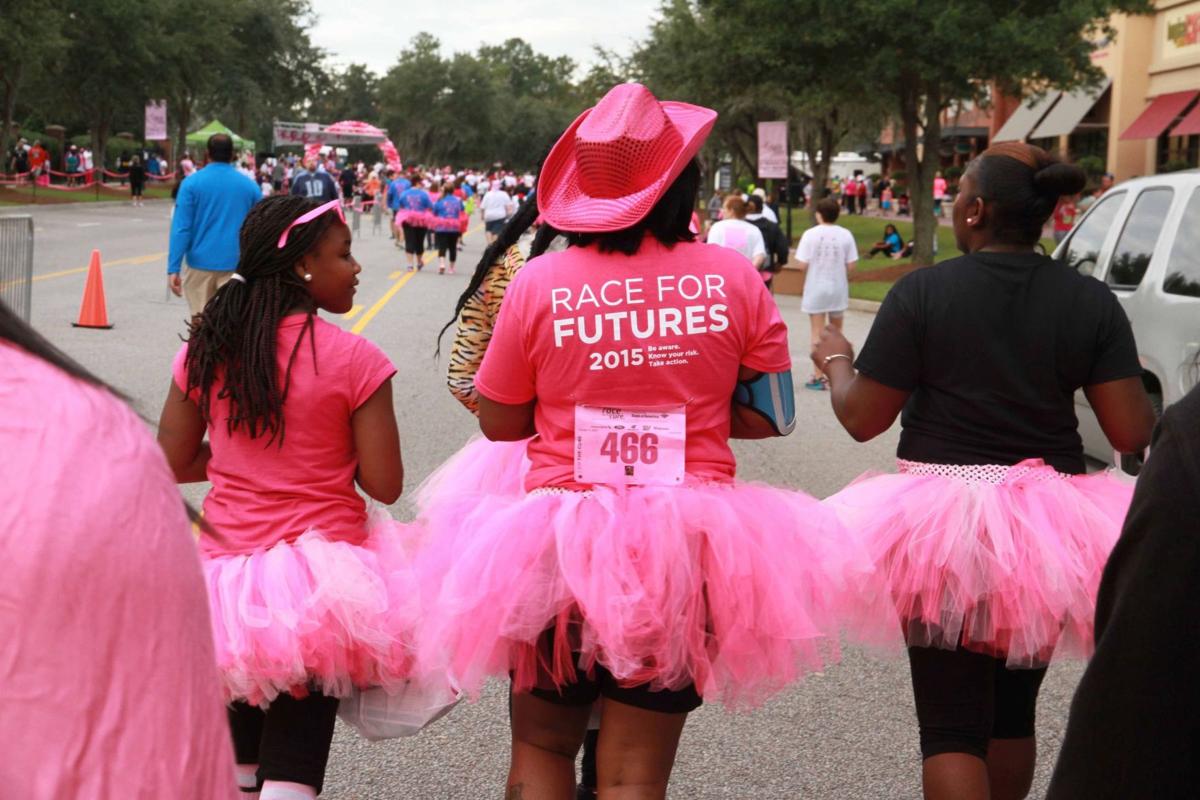 The Susan G. Komen More Than Pink Lowcountry Walk, formerly the Race for the Cure, will be at Riverfront Park on Saturday. File/Marie Rodriguez/Special to The Post and Courier 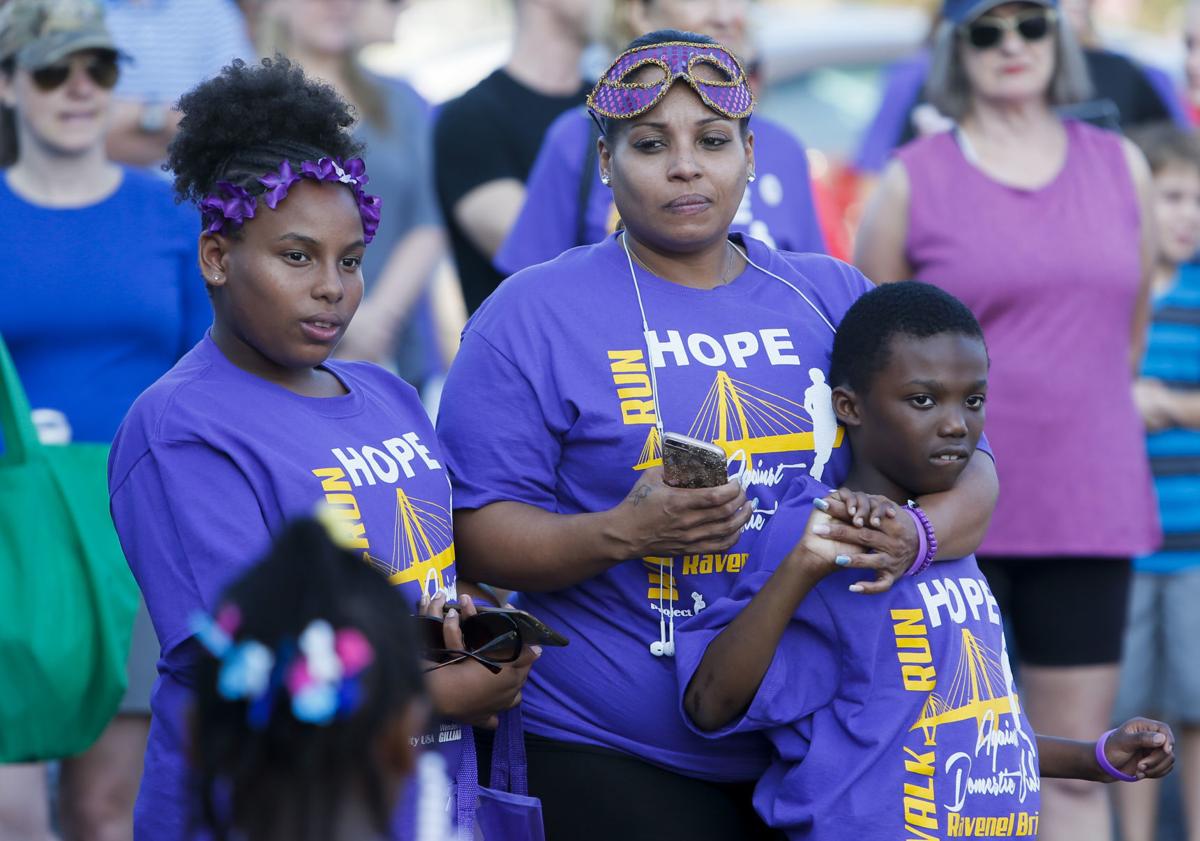 People participate in the annual Hope Walk Against Domestic Violence on the Ravenel Bridge. Since the Violence Policy Center began publishing "When Men Murder Women" in 1996, South Carolina has never left the top-10 grouping for highest rate of slayings. File/Staff

The family-friendly Sea & Sand Festival returns to Folly Beach on Saturday. File/Sally Rainey/Special to The Post and Courier

There are several runs and walks for special causes around town on Saturday. Pavol Stredansky/Dreamstime

People participate in the annual Hope Walk Against Domestic Violence on the Ravenel Bridge. Since the Violence Policy Center began publishing "When Men Murder Women" in 1996, South Carolina has never left the top-10 grouping for highest rate of slayings. File/Staff

Monday is the first day of fall, and Folly Beach is quite literally celebrating the end of summer all weekend with the 29th annual Sea & Sand Festival.

Friday night will feature the Miss Sea & Sand Pageant at 7 p.m. at Folly River Park (58 Center St.), with winners ranging from age 4 to “any age, married,” as well as a Little Mister category for fellas age 7 and younger.

The family-friendly festival on Saturday should be a day full of fun in the sun, featuring 75 arts, crafts and fashion vendors, kids’ activities, food from Folly restaurants and live music from Average Savages, Fancy Kool Aide, Bender Funk and the Wylder Funk Band. The kids’ entertainment will be provided by Good Clean Fun, with “bubble therapy” (who doesn’t need that, right?), face painting, jellyfish on stilts (I can’t even imagine what this is all about), some jugglers, arts and crafts, inflatables and a mermaid thrown in there for good measure.

Sunday will feature sandcastle (9 a.m.) and volleyball competitions (10 a.m.) on the beach in front of The Tides (1 Center St.).

I’ve said it before, and I’ll say it again (thanks to Cravin’ Melon): On the eighth day, God made sweet tea. The town of Summerville knows this, as the self-proclaimed birthplace of sweet tea, and will kick off the eighth annual Sweet Tea Festival on Saturday. There will be more than 25 sweet tea tasting stops and an opportunity to vote on which one is best. Event sponsor Raising Cane’s will be going up against Dean’s Mean Weiners and Squeal on Wheels against This Little Piggy. There also will be food, arts, crafts and additional vendor booths, live music and more. The shops and boutiques in historic Summerville will be open for your browsing pleasure, promoting their own specials and incentives.

Readers said Summerville is a great place to eat, so our food critic spent 48 hours there

While the festival itself is Saturday, the folks in Summerville are stretching the celebration out a little bit. Third Thursday, the traditional monthly street fest is 5:30-8:30 p.m. on, you guessed it, Thursday, featuring live music and vendors in Hutchinson Square and along Little Main Street and Central Avenue. There are several events to choose from on Friday, including the Silent Disco Block Party from 8 p.m. to midnight in Hutchinson Square with DJs spinning tracks from the ‘70s and ‘80s, ‘90s and 2000s and today’s Top 40; also on Friday are Movies in the Park (Gahagan Park, 184 W. Boundary St.) at 7:30 p.m. with a screening of “Mary Poppins Returns” and Sounds on the Square at Nexton (801 Nexton Square Drive) from 7-9 p.m. with live music from country artist Ryan Broshear and food trucks from Taco Boy, The Immortal Lobster and Holy Rolly.

As a kid, having a magician (or even my dad) pull a quarter from my ear was pretty cool. I had Conley the Magician for my first grade birthday party, and yes, he pulled a rabbit out of a hat, and yes, it was awesome. When I was in high school, I saw David Copperfield defeat the “saw of death” at the Gaillard and I was a nervous wreck. Things have come a long way since then, and while I’m perfectly entertained with sleight-of-hand tricks, Holy City Magic has some bigger things in store this weekend.

The magic of Michael Trixx (yes, that’s his name) is “fast-paced” and “adrenaline-based,” all backed up with a little rock ‘n’ roll. Trixx, previously on season three of “America’s Got Talent,” brings a “unique style” to the stage, blending classic and modern tricks, from levitation and the vanishing of live doves and parakeets to something with eggs ... lots of eggs. Maybe they have something to do with all the birds. Also: confetti blizzards (you can’t say “no” to that).

Howard Blackwell opened Holy City Magic in August, and Trixx will be his first guest magician. There will be two adults-only evening shows, beginning with a cocktail hour, and two family-friendly matinees.

Yes, it’s September, but in Munich, that’s when Oktoberfest starts. Turns out, it was canceled in 1813 because of the war with Napoleon and again in 1854 because of a cholera epidemic. In 1866, another war suspended the festivities and in 1873, it was another bout of cholera. So, consider yourself lucky that Fam’s Brewing is getting in on the action early with its third Hoptoberfest Oktoberfest party on Saturday.

In addition to an afternoon of German beer, firkin-tapping and lederhosen, there will be keg-bowling, stein-hoisting and beer-balancing. There also will be a “game” called the Beer Puppet, which is as bizarre as it sounds: a marionette-style contraption that requires manual dexterity and severe concentration in order to drink your beer. DJs will provide the music, but the real treat will be the nine-piece polka band made up of members of the Charleston Symphony Orchestra.

Side note: An additional September celebration will be Park Circle’s Oktoberfest at Riverfront Park from noon-6 p.m. Sept. 28.

Jogs for a Cause

With the summer winding down, it’s kind of an unofficial start to the running season, so get ready to see a 5K here or a Fun Run/Walk there, starting with this Saturday.

Starting this year, the Race for the Cure is no longer a race, nor is it a run. It is now the Susan G. Komen More Than Pink Lowcountry Walk and will take place at Riverfront Park. Joggers are welcome, of course, but it’s now designed with an option to walk one mile or two. Participants will start the morning in the Celebration Village (7 a.m.) with a Pathway of Hope Celebration for survivors and those living with metastatic breast cancer (8:20 a.m.), followed by the Opening Ceremonies (8:30 a.m.) and the walk (9 a.m.). Baby strollers are permitted, but pets are not. Proceeds from this annual fundraiser go toward breast cancer treatment, patient advocacy and lifesaving research. 7 a.m. packet pick-up Sept. 21; Riverfront Park, 1061 Everglades Ave., North Charleston; $15-$20; 843-556-8011, bit.ly/2lS2pl0

While not officially a race or for runners, the annual Hope Walk Against Domestic Violence on the Ravenel Bridge is still an opportunity to get moving for a good cause. S.C. Rep. Wendell Gilliard, Project Unity USA, REALMAD (Real Men Against Domestic Violence) and community leaders will come together to raise funds and awareness for the needs and options for victims of domestic violence. Guest speakers include Charleston Police Chief Luther Reynolds, Charleston Mayor John Tecklenburg, Rep. Gilliard, domestic violence survivors, pastor Thomas Dixon and Doug Pardue, the special projects editor of The Post and Courier’s Pulitzer Prize-winning news series, “Till death do us part,” as well as other community advocates. Purple is the color of the groups’ campaign, so attendees are encouraged to wear purple on the day of the walk. 8-11 a.m. Sept. 21; Downtown Charleston side of the Ravenel Bridge to the Mount Pleasant side; 843-879-8460, bit.ly/2lMjUmR