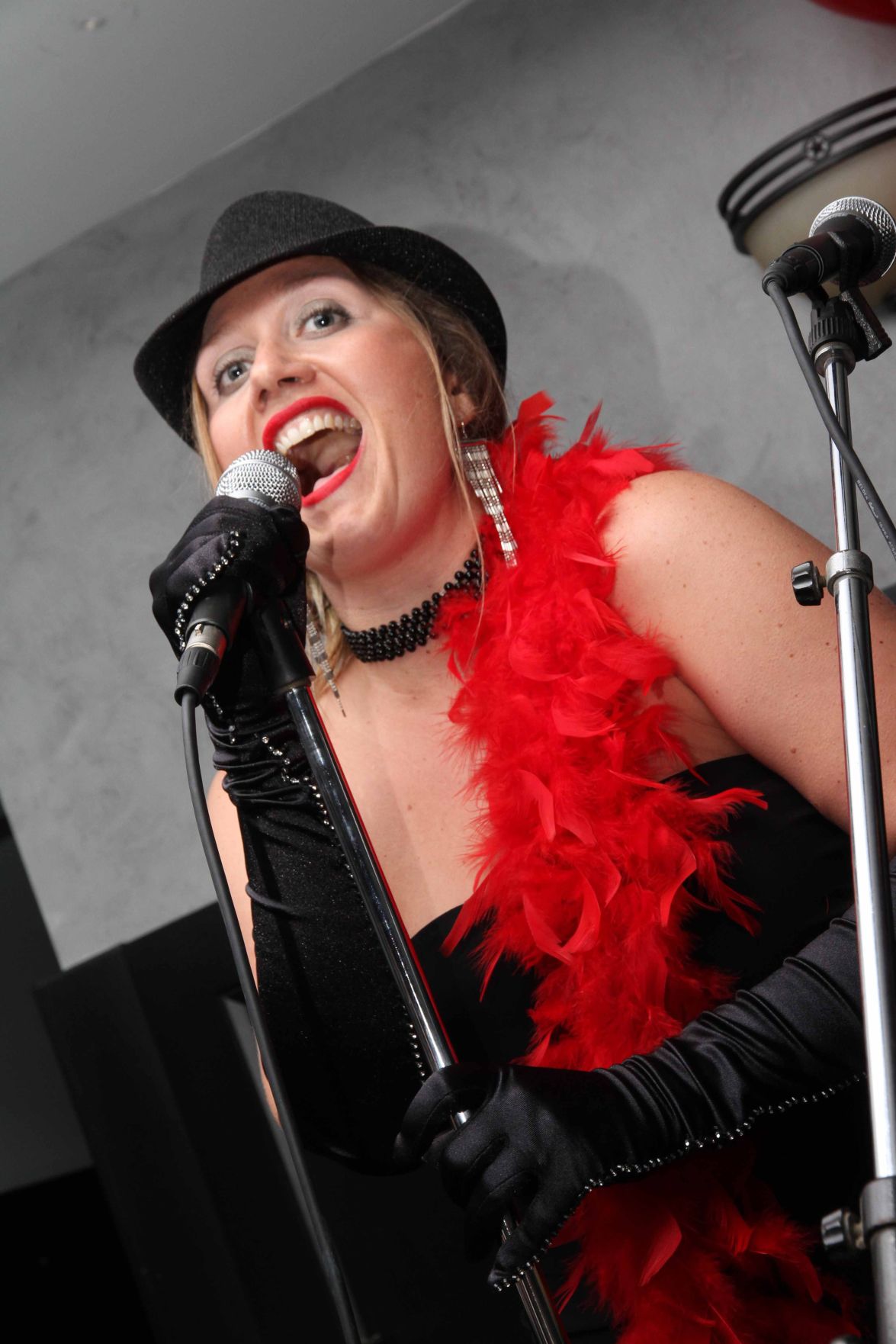 Becca Anderson performs at Theatre Charleston's Gin & Jazz at Mercury Bar in August 2012. The Charleston performer made headlines this week when she received a letter from the royal family. File 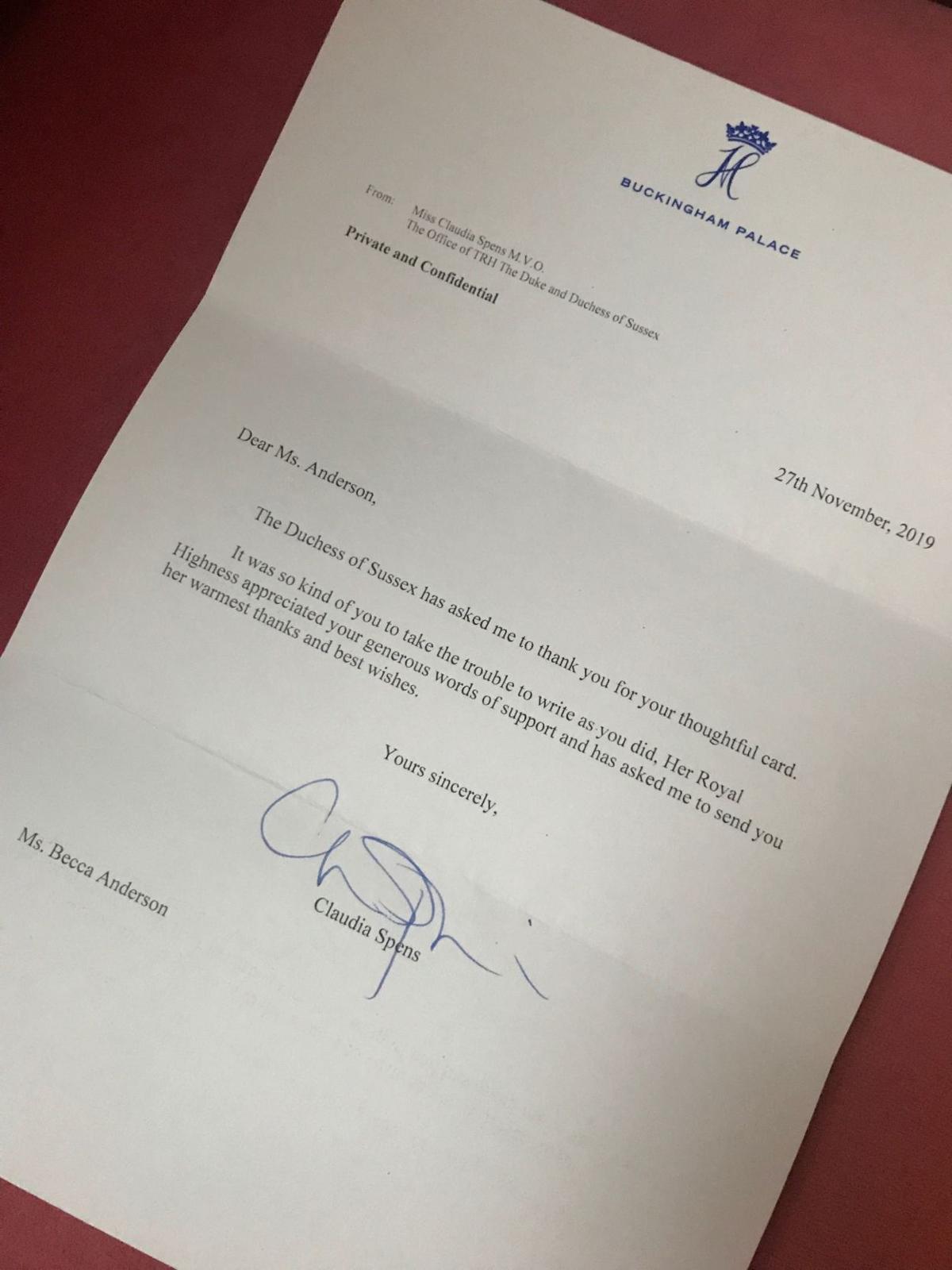 Becca Anderson, an award-winning singer and actress who performs frequently in the Holy City, received a letter from Buckingham Palace after she wrote Meghan Markle. Provided/Becca Anderson 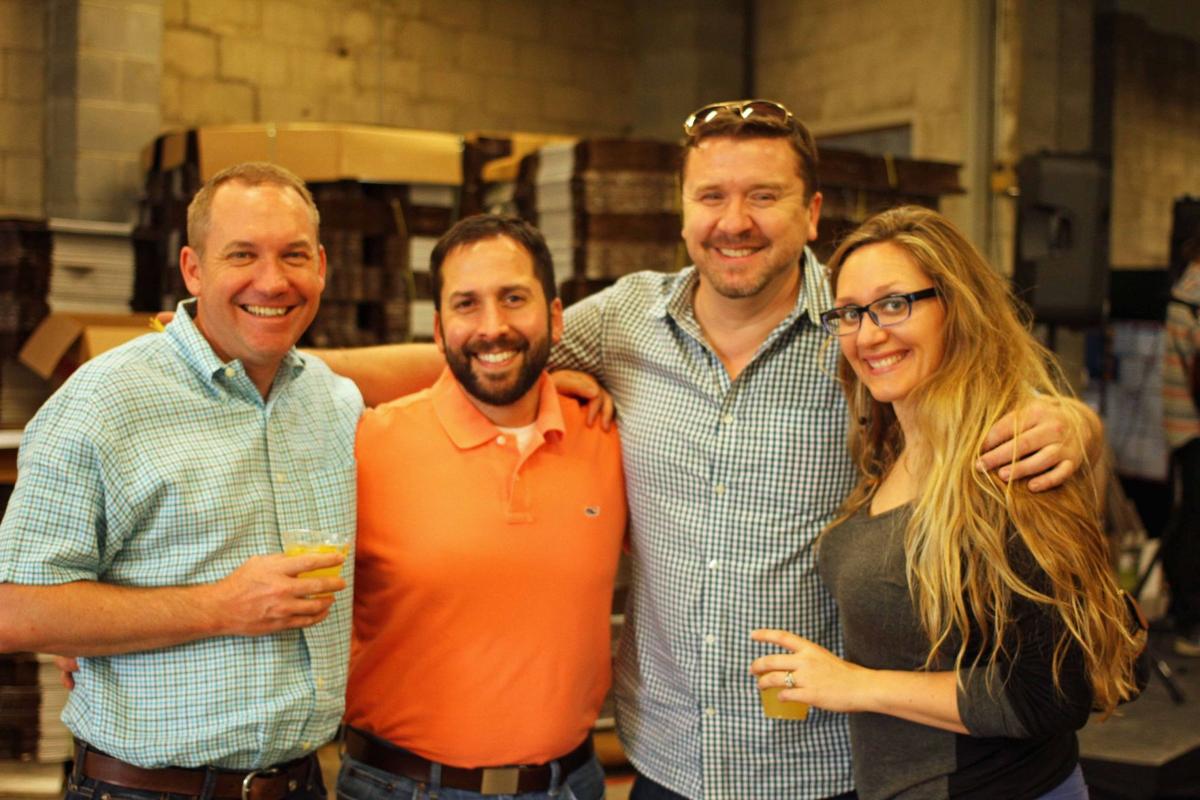 Paul Freeman, Jason Hasouris, Kyle Barnette and Becca Anderson, (left to right), at Garden of Gin held at GrowFood Carolina, in April 2014. Anderson, a Charleston-area performer and singer, made headlines this week when she received a letter from Meghan Markle. File

A Charleston woman who wrote a heartfelt letter to Meghan Markle, the actress turned British royal, made national headlines Friday when she received a note back from Buckingham Palace.

Becca Anderson, an award-winning singer and actress who performs frequently in the Holy City, was featured by People and the U.K.'s Daily Mail after an Instagram post of her response from the duchess was shared.

Markle, known for her role on the USA Network series "Suits," married Prince Harry Charles Albert David, the Duke of Sussex, in May 2018. Since then, unceasing tabloid press has strained the royal family.

In October, the couple opened up about the public scrutiny in a TV program titled "Meghan and Harry: An African Journey." During the show, she admitted that not many people have asked if she was OK. Anderson decided to write her to let her know that she was on her team.

"After seeing the interview, it really pulled on my heart," Anderson told The Post and Courier. "I told her in the note that I was thinking about her and that she was a great role model."

Claudia Spens, head of the royals’ general correspondence, wrote Anderson back in a letter dated Nov. 27, according to a provided picture of the letter.

"The Duchess of Sussex has asked me to thank you for your thoughtful card," read the note. "It was so kind of you to take the trouble to write as you did. Her Royal Highness appreciated your generous words of support and has asked me to send you her warmest thanks and best wishes."

Anderson said she received the response on Wednesday. She couldn't believe that a letter with the royal seal was in her hands.

This is What If? Productions' second year hosting a holiday piano bar cabaret, and it's going to be festive.

"Today is insane in all the best ways!," Anderson wrote on Instagram. "I woke up to a text from a friend telling me I’m a Daily Mail news story (WHAT?!?)."

The 41-year-old Charleston actress has been written about in The Post and Courier before.

'Five Lesbians,' from C of C alum, returns to What If Productions

Since 2011, announcements of her performances in productions ranging from "Rent" to Christmas performances have filled the newspaper's Charleston Scene section.

Her latest performance is the "Carol Of The Belles" a holiday-themed concert at The Queen Street Playhouse at 7 p.m. Sunday.

"I loved Diana and I loved Kate," Anderson said. "But I've followed Meghan very closely, I think because she was also an actress. She's an inspiration."