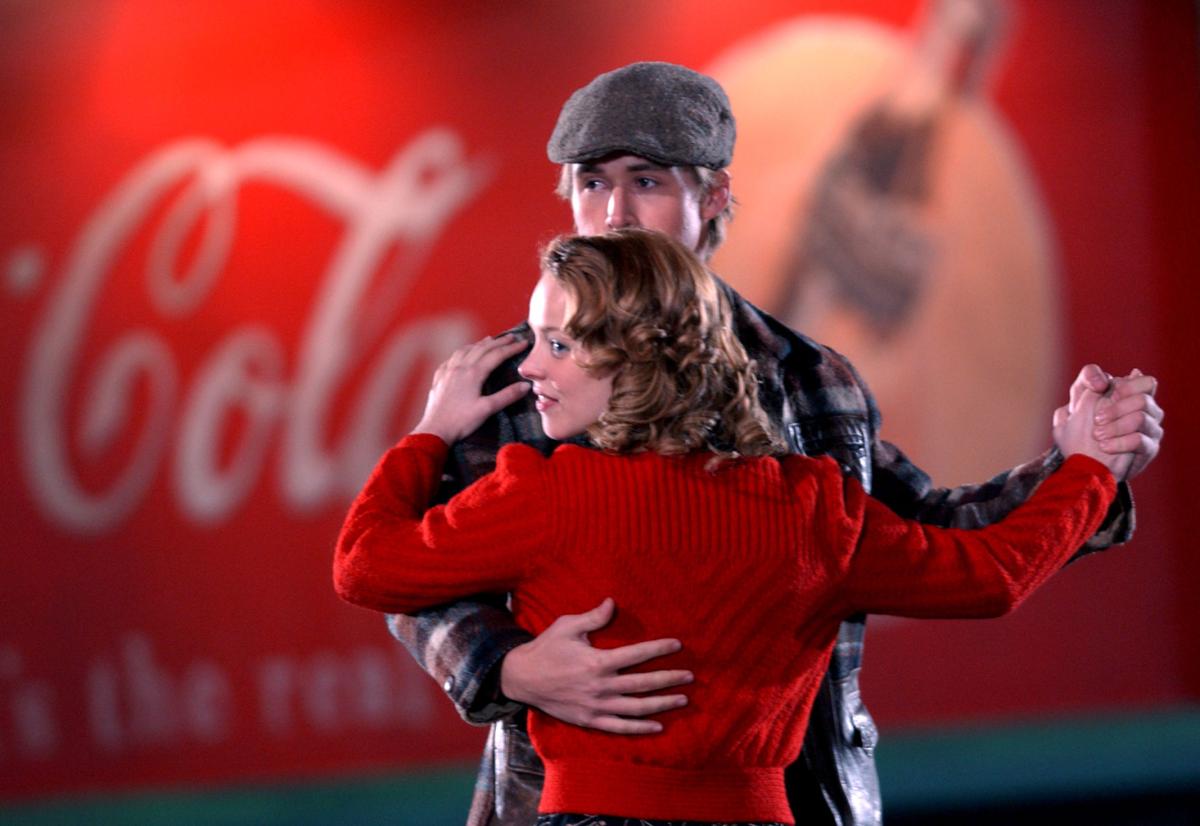 Actors Rachel McAdams and Ryan Gosling rehearse a dance for a scene for "The Notebook," in Charleston on Friday, January 24, 2003. File/Staff 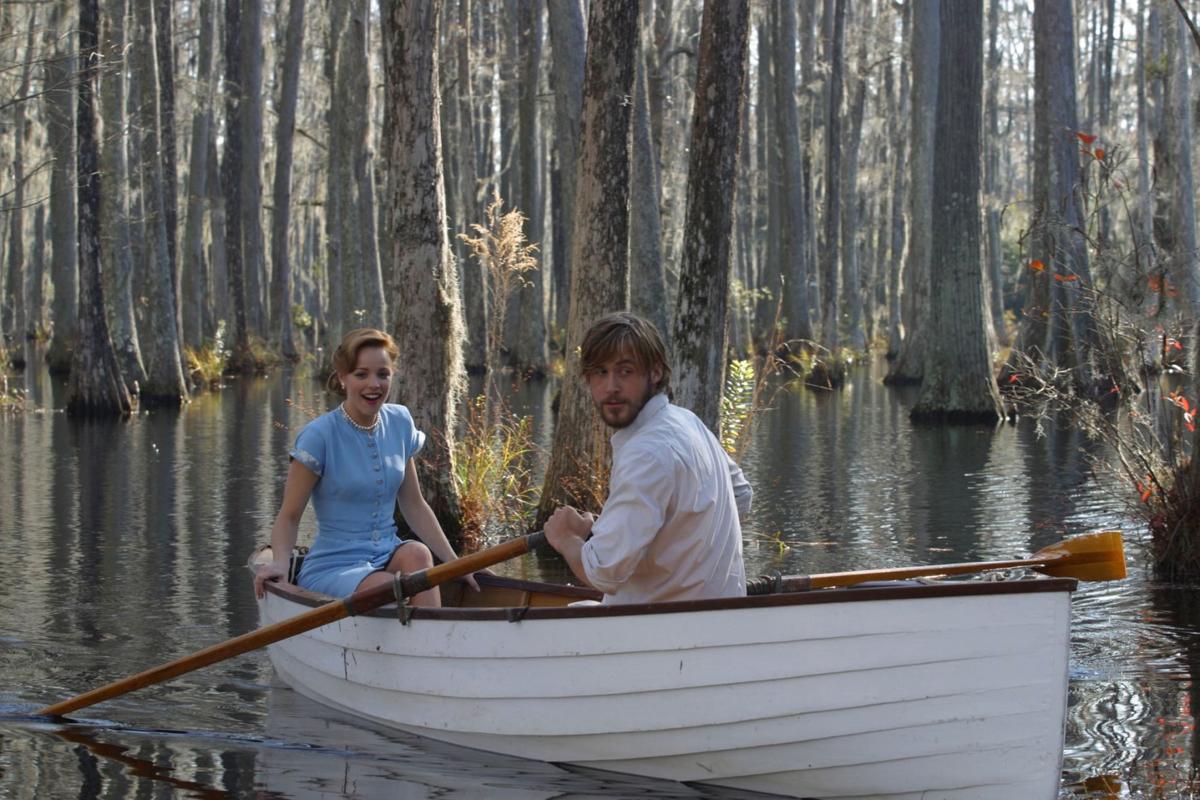 Rachel McAdams (left) and Ryan Gosling in "The Notebook," which was largely filmed in Charleston. File 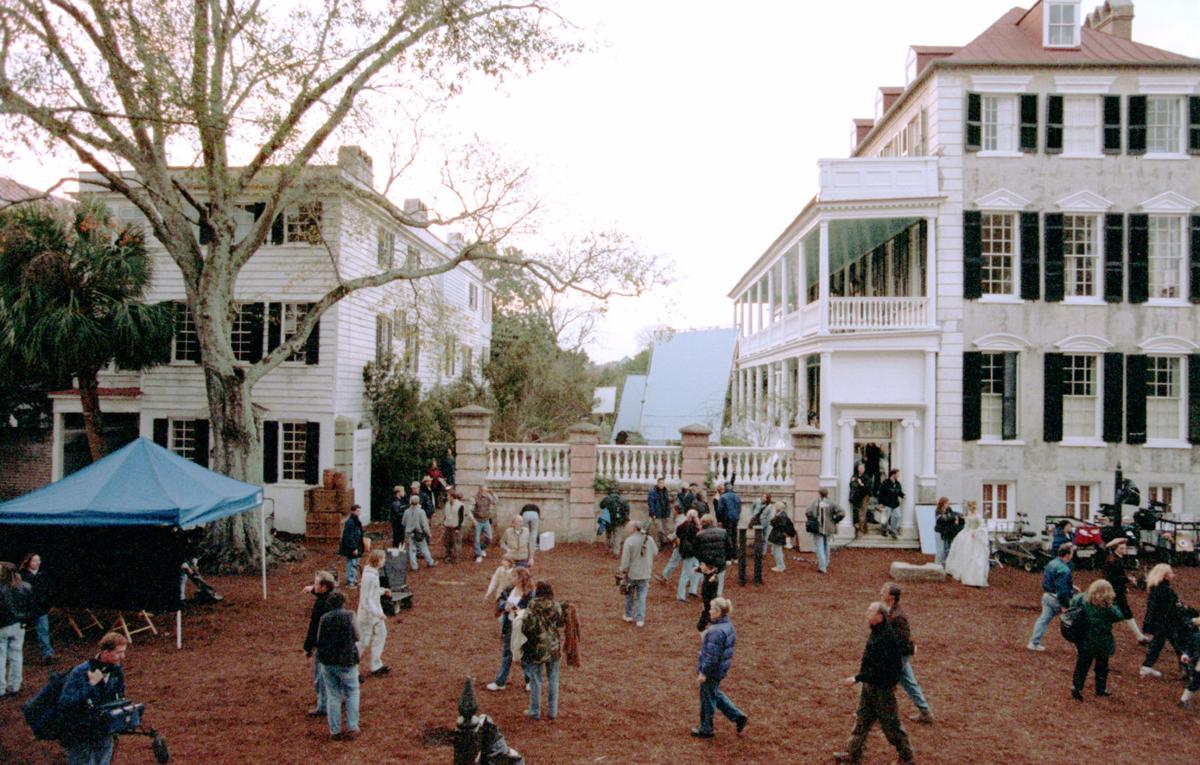 Filming a scene for the movie "The Patriot" on Tradd Street. File/Staff 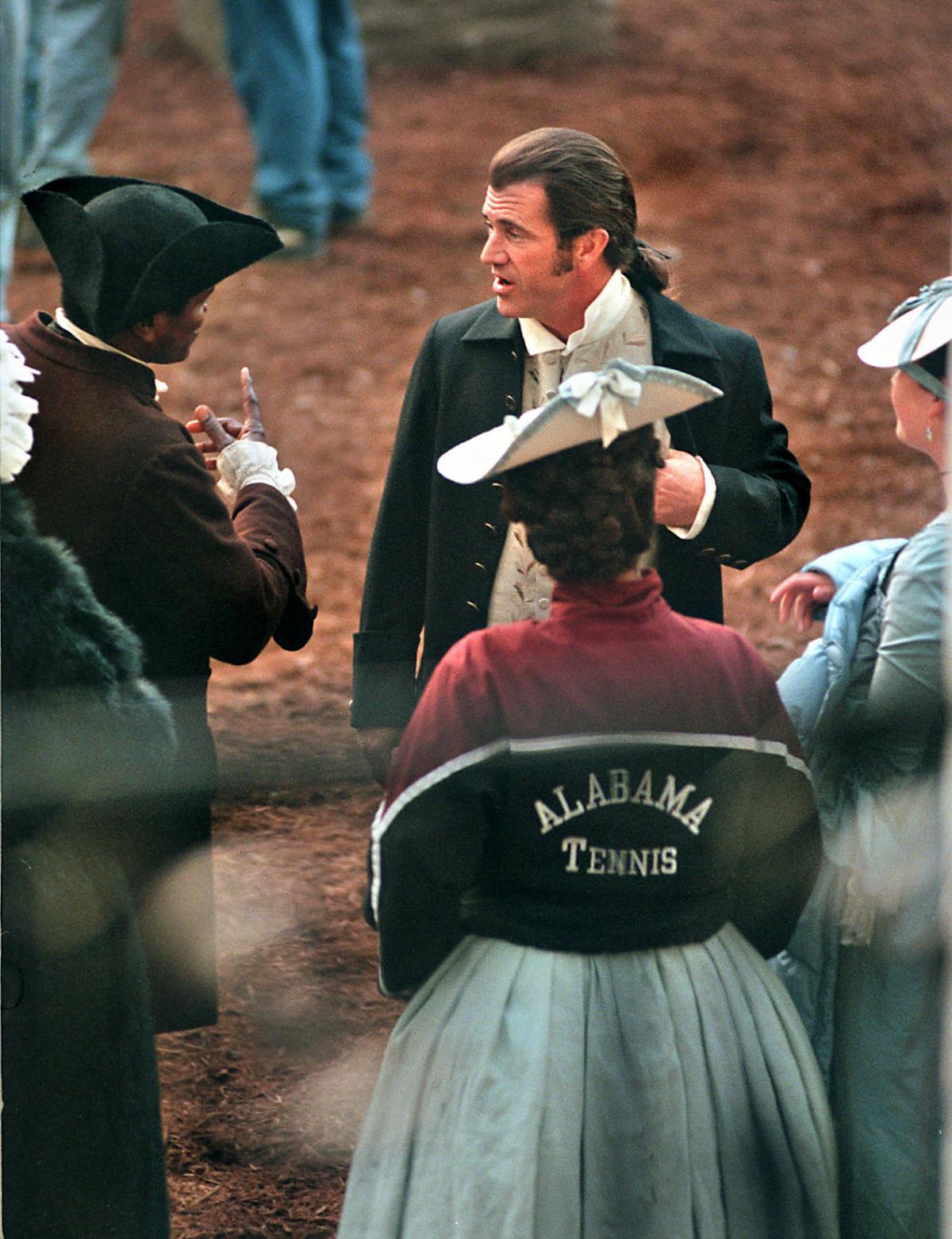 Mel Gibson, the star of Columbia Pictures' Revolutionary War epic "The Patriot," talks to other cast members on a pine-mulched Meeting Street during a break in filming. File/Staff 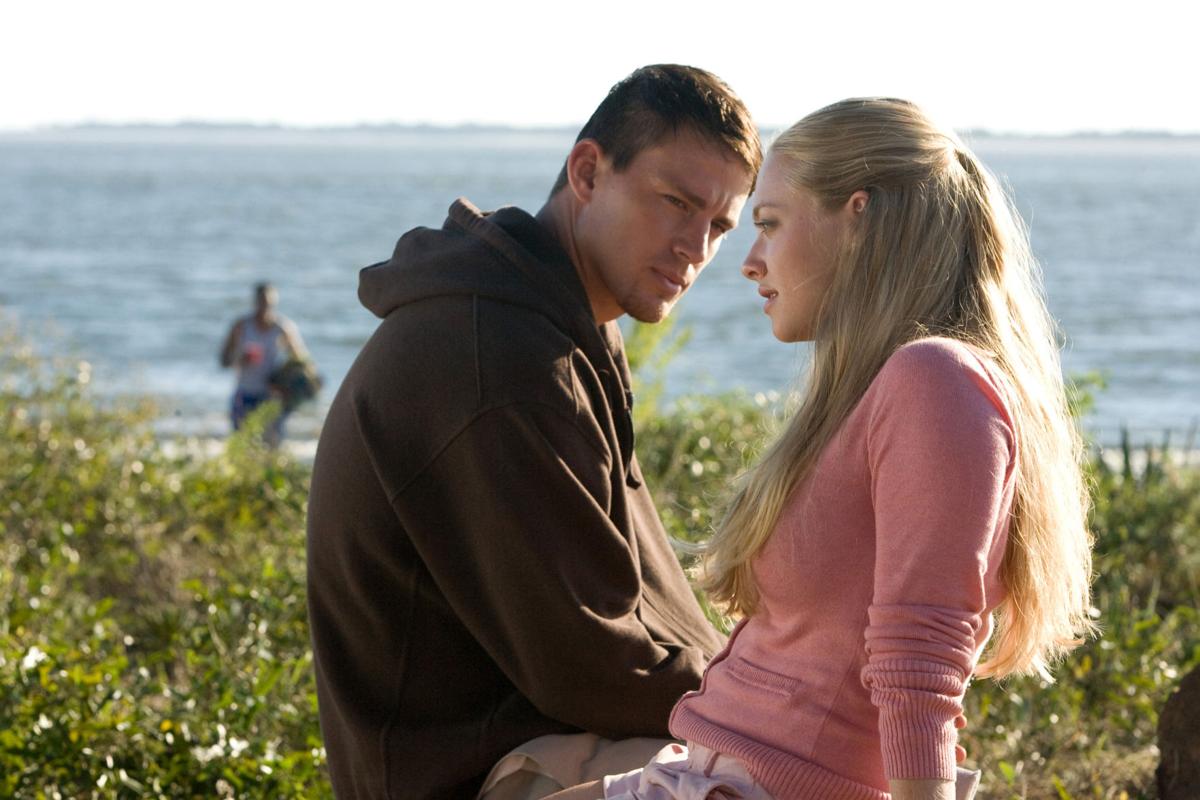 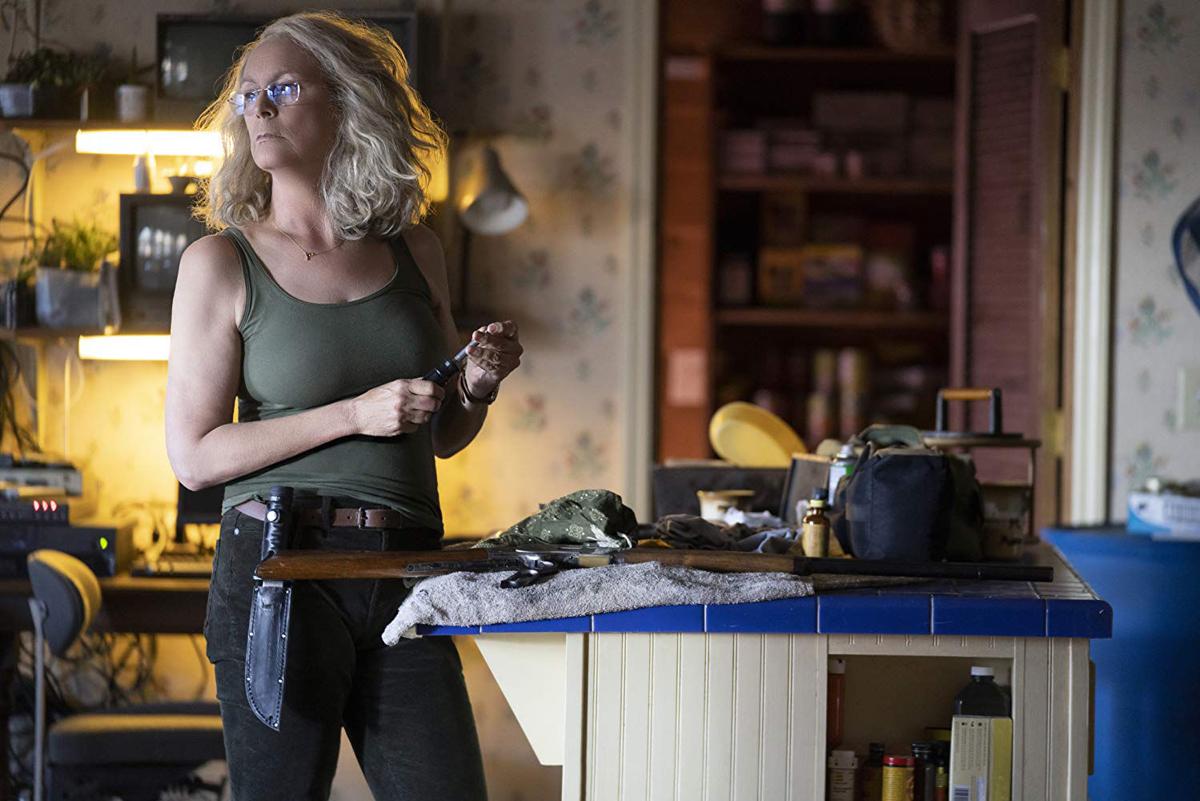 Jamie Lee Curtis in "Halloween," which was filmed in Charleston. 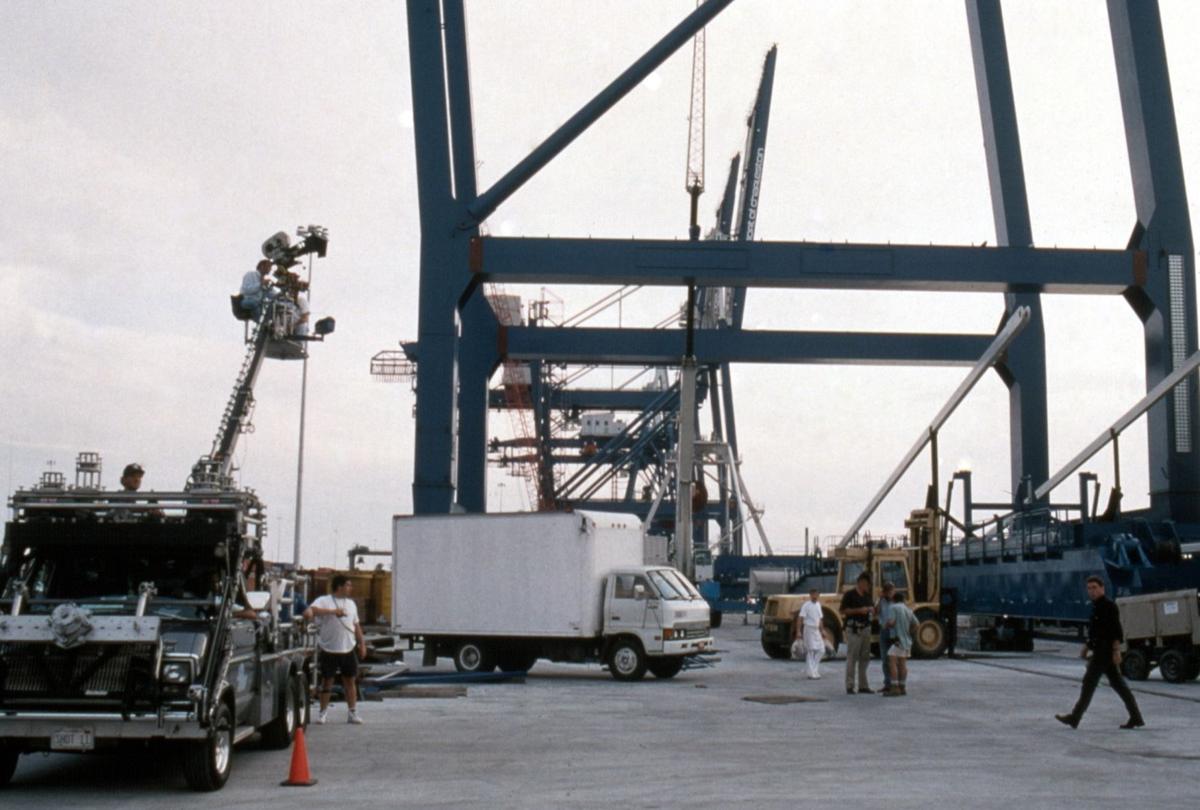 "Die Hard: With A Vengeance" filming at the Port of Charleston. File/SC Film Commission

Actors Rachel McAdams and Ryan Gosling rehearse a dance for a scene for "The Notebook," in Charleston on Friday, January 24, 2003. File/Staff

Mel Gibson, the star of Columbia Pictures' Revolutionary War epic "The Patriot," talks to other cast members on a pine-mulched Meeting Street during a break in filming. File/Staff

While Charleston isn't a film industry destination quite like Hollywood, New York City or Atlanta, it has offered a stage to several popular movies and TV shows throughout the years.

Most recently, it was the backdrop for Netflix hit series "Outer Banks," Danny McBride's "The Righteous Gemstones" and Stephen King's "Mr. Mercedes."

Before those made-for-TV series showcased parts of the Lowcountry, some Charleston landmarks made the big screen in major blockbusters.

Allie's summer home was Boone Hall Plantation, where the couple biked down the Avenue of Oaks. The romantic boat scene took place at Cypress Gardens, including that swoon-worthy kiss in the rain. The College of Charleston doubled as Sarah Lawrence College, where Allie was attending school. High Cotton was the restaurant where Noah catches Allie eating with her new fiance. The house Noah builds for Allie was on Wadmalaw Island. And the famous scene where Noah and Allie lay in the street and then start dancing was shot on King Street, with scenes of the American Theater and other downtown shops.

The College of Charleston's Randolph Hall served as the assembly hall, and various other Lowcountry locales (including homes on Tradd and Meeting streets) showed up on the big screen. The South Carolina Society Hall could be spied in a scene where a crowd burns an effigy of King George III. Cypress Gardens was the site of the camp in the Black Swamp, Middleton Place hosted the fancy ball and Botany Bay on Edisto Island was featured in a reunion scene on the beach.

Before "The Notebook" or "The Patriot," another famous film of a very different nature was filmed in Charleston. The second flick of the "Ace Ventura" detective-comedy series starring Jim Carrey features jungle and African village scenes shot at Botany Bay on Edisto Island. All of the animals, from pigeons to tigers to elephants, and a fleet of vehicles used in the movie, were housed at the General Dynamics plant in North Charleston, where multiple film sets were created.

"Ace Ventura" wasn't the only movie from 1995 filmed in Charleston. Bruce Willis (Lt. John McClane), Samuel L. Jackson (Zeus Carver) and Jeremy Irons (Simon Gruber) also were in town for this action-thriller, the third in the "Die Hard" series. It was the highest-grossing movie that year.

The film even shared a location with "Ace Ventura," the General Dynamics plant, where the subway station crash scenes were shot. The crew built a life-size New York City subway station there, along a quarter-mile of tracks. The old Cooper River Bridge was used during the scene in which Willis and Jackson jump onto a container ship. The geyser scene took place off I-26 near Summerville.

Channing Tatum (John) and Amanda Seyfried (Savanna) spent a lot of time at Charleston area beaches in the second Nicholas Sparks novel-turned-movie to be shot in the Lowcountry. The story follows a soldier who falls in love with a college student while home on spring break before he gets deployed.

Several beachfront scenes took place on Sullivan's Island, Isle of Palms, Folly Beach and Edisto Island. The Citadel's infirmary was used for the hospital where John was treated for his wounds, and Charleston Air Force Base was the site of an airlift mission scene.

The second-floor lobby of the old Gaillard Municipal Auditorium was transformed into an airport security checkpoint. John and Savanna's first date was shot at Bowens Island Restaurant at sunset, and their homes were the Cassina Point Plantation on Edisto Island and a house on James Island.

Jude Law, Nicole Kidman and Renee Zellweger were in Charleston in the early 2000s filming the romance drama "Cold Mountain." Based on the novel by Charles Frazier, the movie follows a wounded Civil War solider on his journey home to his sweetheart. The town square scene where the soldier speaks to a blind man was shot at the College of Charleston. Cypress Gardens also was used as a set. Courtney Friedman, the owner of Low Country Laundry and Dry Cleaners, did all the dry cleaning for the film.

This list had to include the most recent hit film made in Charleston, "Halloween," the 2018 horror revamp starring Jamie Lee Curtis (Laurie Strode), who frequented Kudu Coffee and stayed at The Dewberry.