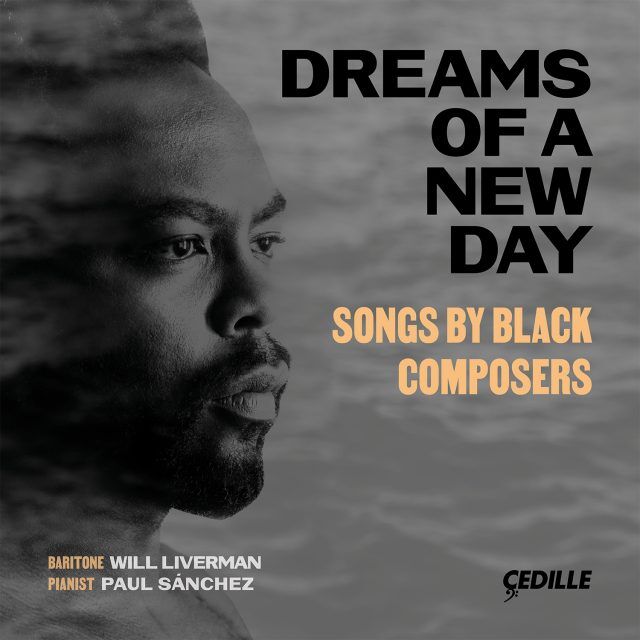 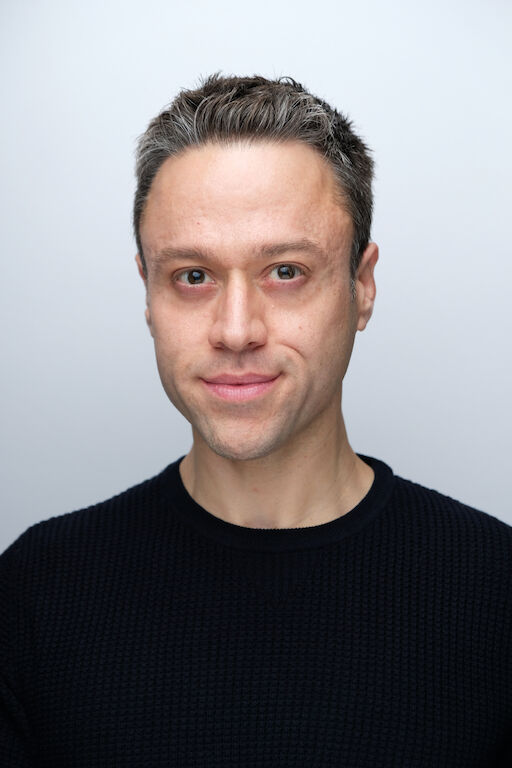 Paul Sanchez performed with Will Liverman on "Dreams of a New Day." Paul Sanchez/provided 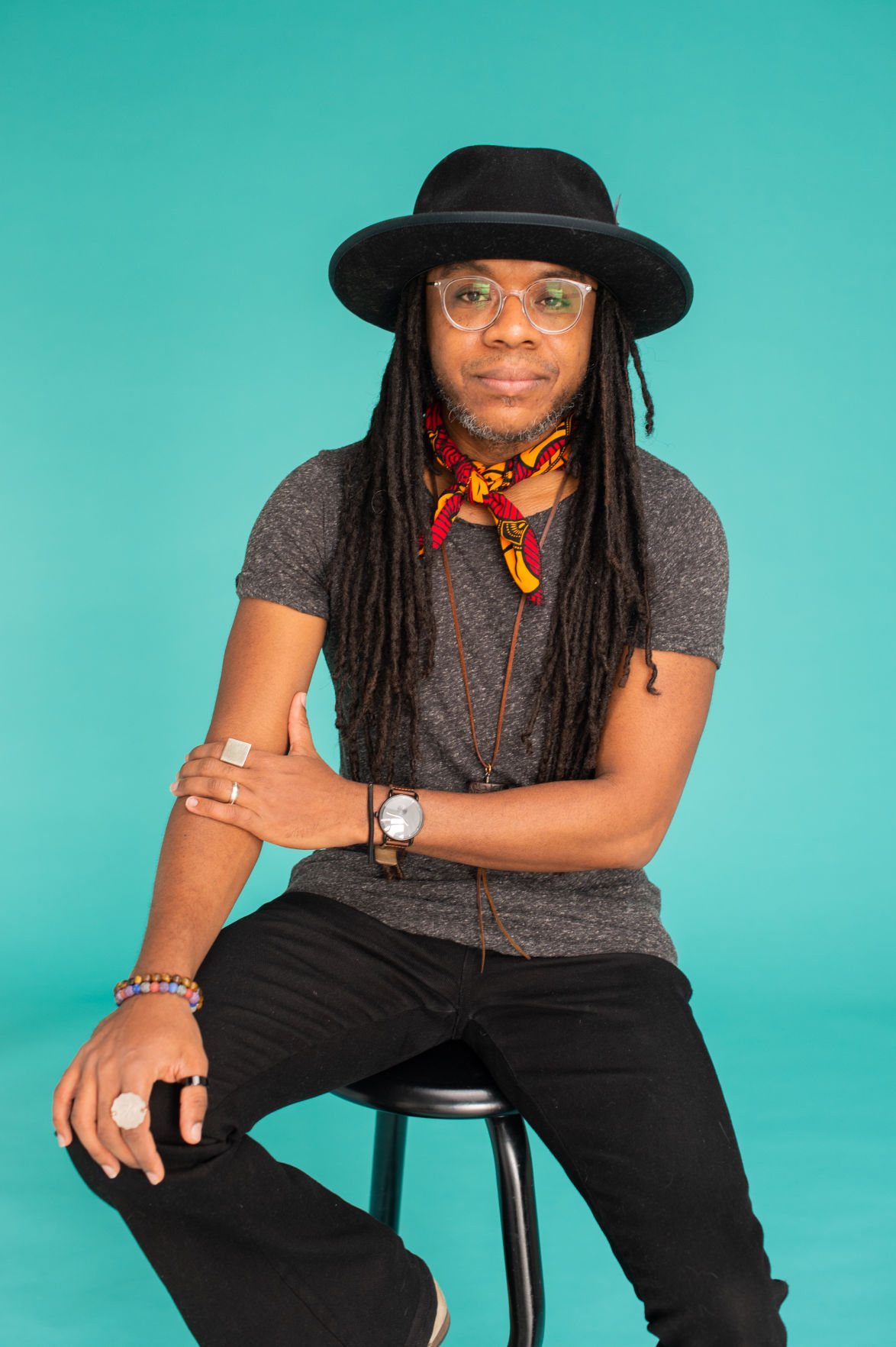 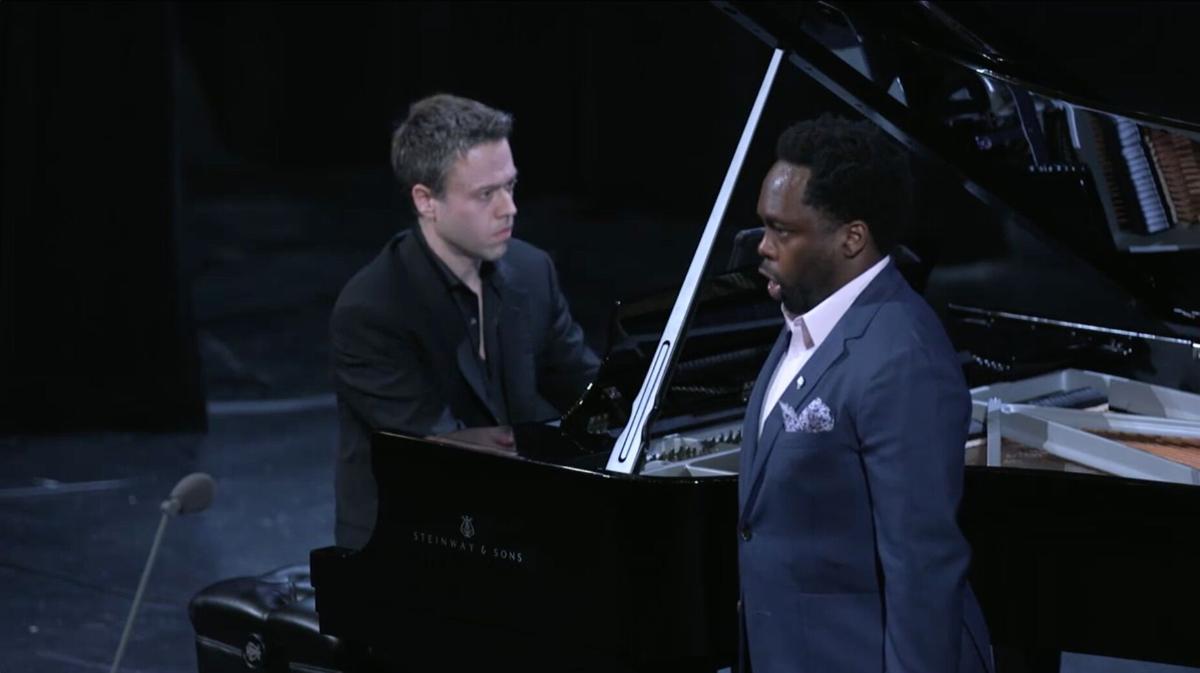 Sometimes, a local poetry reading can land you in the No. 1 spot on a Billboard chart.

Such was the case for Charleston poet laureate Marcus Amaker. One of his events was attended by Paul Sanchez, director of piano studies and the International Piano Series at the College of Charleston. Sanchez then recommended the poet for a project that is now turning ears, reaching hearts and, ideally, driving change.

That project, “Dreams of a New Day: Songs by Black Composers,” recently held the top spot on Billboard's chart for traditional classical albums. It is also the passion project of operatic baritone Will Liverman, in performance with Sanchez. The album was released by Cedille Records on Feb. 12.

It should be noted that before the recent success of "Dreams of a New Day," Liverman was already primed to gain new heights in global name recognition.

The baritone, who is known for his versatility in performing both classical repertoire as well as contemporary compositions, is set to star in the Metropolitan Opera’s highly anticipated reopening production of Terence Blanchard’s "Fire Shut Up In My Bones" in the fall. It will be the first time an opera by a Black composer is presented at the Met.

Charleston soul-searchers: Now is the time to listen to your artists.

Thus far, the album has enjoyed an auspicious beginning. In January, it was flagged by NPR music critic Tom Huizenga as one of the releases he most anticipated. Last month, it made a New York Times roundup of three new albums featuring Black composers. In his Washington Post review, music critic Michael Andor Brodeur hailed a performance of the album's commissioned composition, "Two Black Churches," as “absolutely devastating, and one of the most beautiful pieces of music I’ve heard all year.” Then, the week of Feb. 27, the album made it to the No. 1 spot of Billboard's Traditional Classical Albums Chart.

For the album, Liverman assembled a program of songs billed as portraying "the trials, tribulations and triumphs of the African American experience through poignant texts and expressive musical settings."

And he enlisted a frequent collaborator in Sanchez. The pianist is a very busy man, even in the midst of a pandemic shutdown. In his role at the college, Sanchez places equal priority on teaching and performance to best ready students for careers in the professional music world.

"I love Paul’s beautiful interpretation of Shawn’s music and how he is able to tell a story with the sensitivity in his playing," said Liverman. "I knew that he would be the perfect collaborator for the repertoire in this album with what he’s able to bring to the table. He elevated everything we did and it was very easy to sing into his playing."

Sanchez, who moved to Charleston in 2016 with his wife, soprano Kayleen Sanchez, is a sought-after pianist. He regularly performs on classical albums and has around a dozen under his belt.

He's known Liverman since 2012, when they were introduced by Okpebholo while both in the Chicago area. The two began collaborating, recording an album of reimagined spirituals called "Steal Away," composed by Okpebholo in 2013.

In order to move forward with "Dreams of a New Day," the artists had to negotiate repeated pandemic pivots.

"I think the fact that the wheels were already in motion was really important," Sanchez said. The project first played out first as a virtual performance in an empty Studebaker Theater in Chicago, which, for Sanchez, was surreal with no audience.

On the album, many artists come together in the creation of the newly-commissioned "Two Black Churches."

Liverman asked Okpebholo to create the two-part piece to honor both the 1963 Birmingham bombing ("Ballad of Birmingham") and the 2015 Emanuel AME Church massacre in Charleston ("The Rain").

"He's a very, very deep thinker and a very deep composer," Sanchez said of Okpebholo, noting that his works include echoes of a hymn within a spiritual and hidden meanings below the surface.

Then there are Liverman's magnificent vocals.

"Of course, the chops are spectacular," Sanchez said of Liverman's technique. "But you can have all the technique in the world and not have the sort of soul and spirit behind it. He's just an intelligent musician on top of it all, so everything he does makes sense."

The two have clicked well, possessing a mutual good humor, and aim to keep the sessions friendly and light while also allowing for the emotional depth to be fully inhabited when they perform.

"I remember looking at Will during 'Two Black Churches' and he was crying. I remember just kind of waiting for him to breathe. … June and July of this year were pretty tumultuous times," Sanchez said.

Following the performance, the two met in a studio in Goshen, Ind., the only place in which they could find a recording venue.

After hearing Amaker's work at a reading, Sanchez recommended him to Okpebholo for the piece honoring the Emanuel AME shooting.

Okpebholo then reached out to the poet as he was beginning to write "Two Black Churches" and asked him if he was willing to write a new piece about the massacre.

"I was motivated to work on this project because I trust my poetry when it's in the hands of Black musicians," said Amaker. "I knew that Shawn and Will would be able to accurately interpret the trauma of 'The Rain' because they understand how racism impacts all of our people."

Amaker said initially he wasn't enthusiastic about writing another poem about the church shooting, explaining that digging in to that trauma is not an easy task for a Black artist.

"It's an energy drainer. And it brings up a lot of emotions that I'm unpacking about my city, and a system that allows for racism to thrive," he said. "I was hesitant. But when 'The Rain' came to me, I didn't resist."

According to Amaker, the process was a true partnership, sprung from discussions between the composer and poet about tone, voice and energy.

"I wanted to make sure that what I wrote would match his desire for 'Two Black Churches.' He trusts my voice but wanted to put me in the mind frame of a classical composer," Amaker said. "It was a great collaboration. The original version of the poem, later published in my book 'The Birth of All Things,' was revised to fit the composition. I added words to extend syllables of certain lines, and add more breath."

Amaker said he is happy with the result. He's not alone.

"While I’ve never met Marcus personally, I was blown away by 'The Rain'," said Liverman, adding that the piece was the hardest one to sing through emotionally due to the writing of both poet and composer. " 'Two Black Churches' is the focal point of the album, and Marcus delivered something truly powerful and special for us."

The deep emotion, resonant power and aching beauty pulled from every mournful note of the work is a testament to its transcendent convergence of composition, lyrics, voice and piano.

"It's truly a remarkable piece of music," Amaker said, crediting Liverman's interpretation of the work.

According to Amaker, the power of poetry to speak truth is age-old.

"Poetry is the great truth-teller. For centuries, poets have been offering people the opportunity to wake up," he said. "But we can only do so much. Real change, in the way this society is set up, has to come from a change in power structure."

For Sanchez, "Dreams of a New Day" is a dream realized.

"This is the kind of project that I always dream of doing because it's something that needs to be put out there. To get to be a part of that, it's really an honor, and to get to work with people that I really respect and admire, that's also wonderful."

Amaker is equally driven to train his artistry on change.

"To quote the poem I wrote for this project, 'The Lowcountry is a terrain of ancient tears, suffocating through floods of segregation.' And to quote James Baldwin, 'Not everything that is faced can be changed; but nothing can be changed until it is faced.' "

In Orangeburg, a civil rights museum offers a deft lens on activism