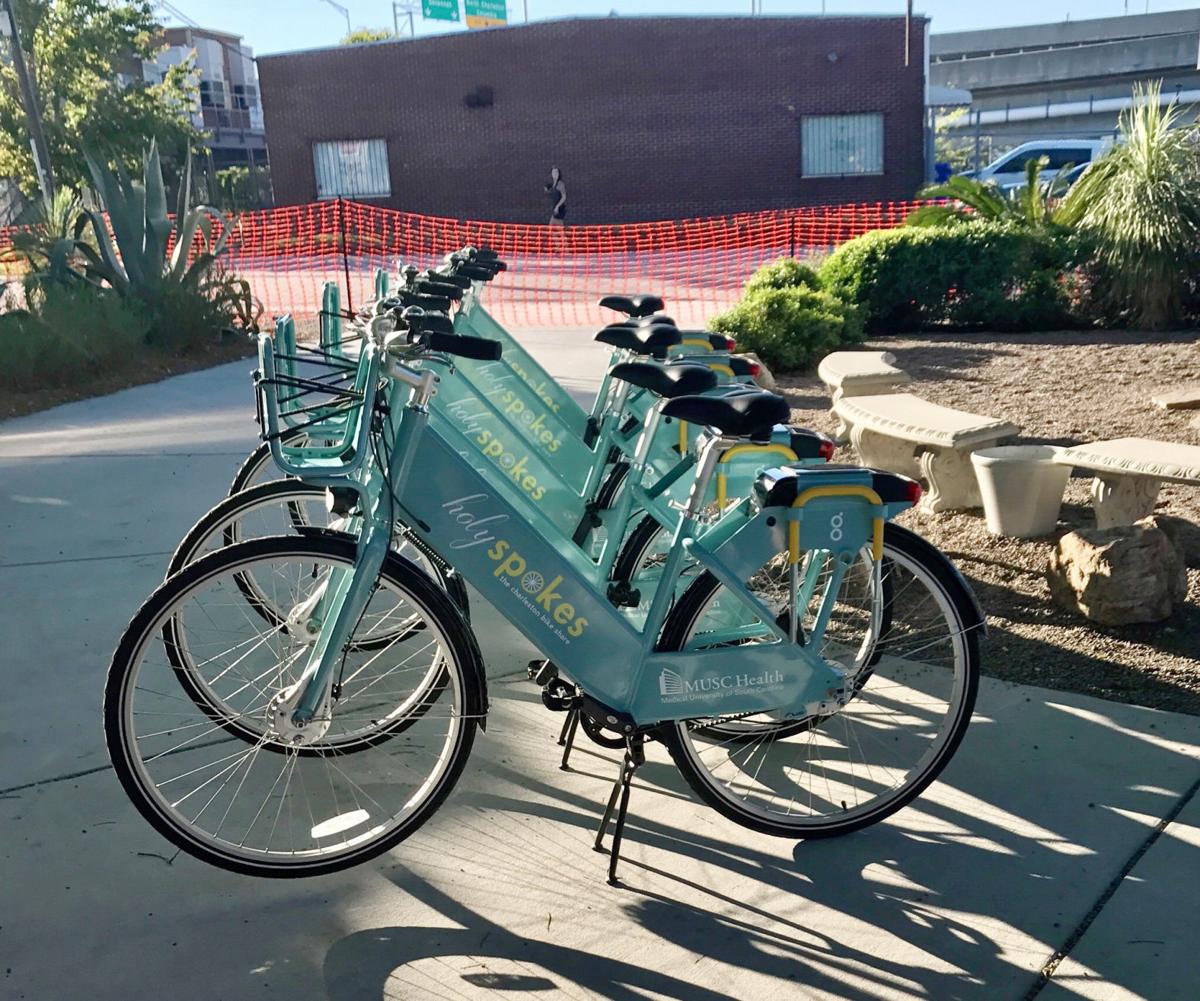 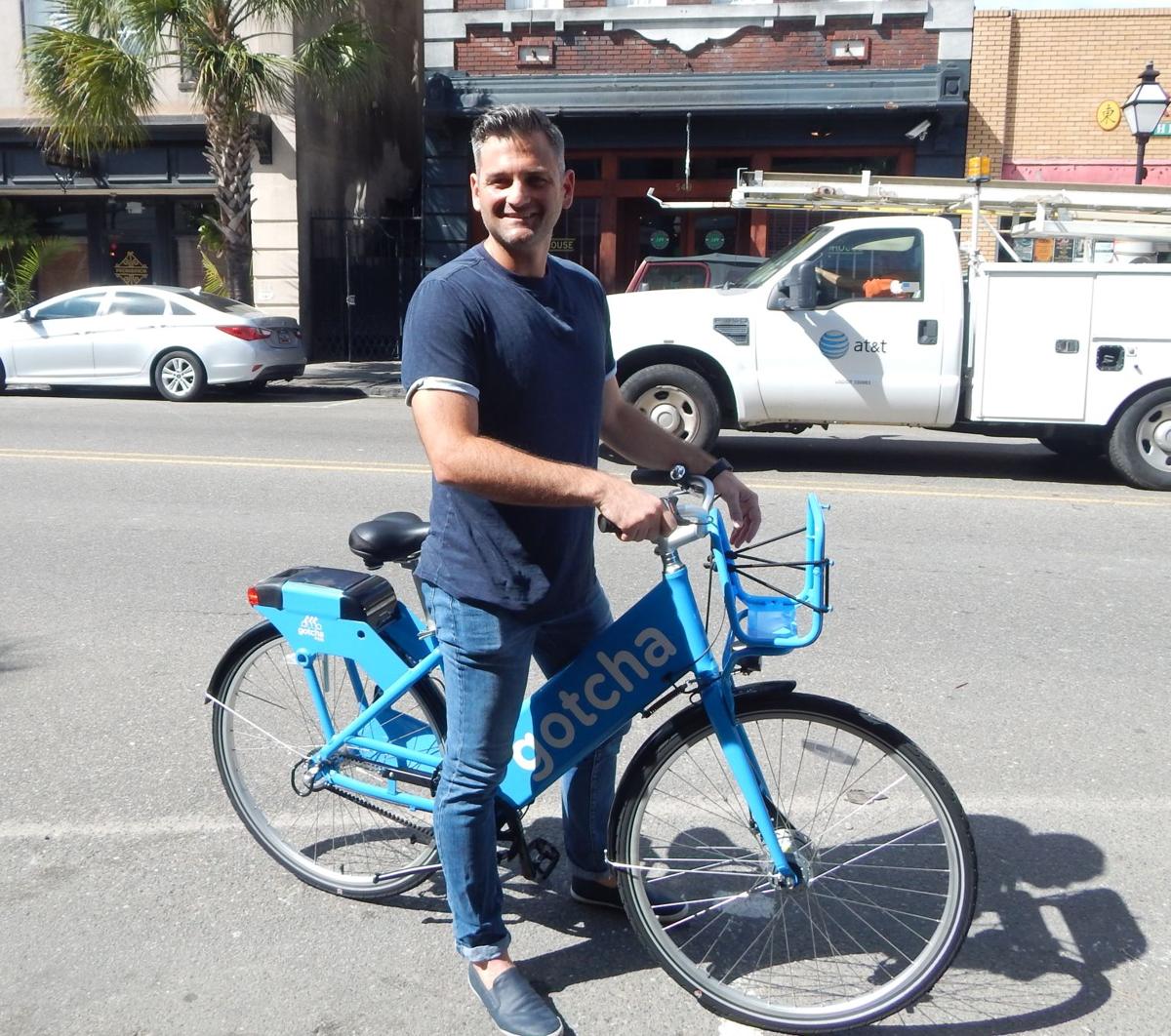 Sean Flood, CEO of the Gotcha Group, rides a Gotcha Bike on King Street. The company is the operator of Charleston's bike share program, which kicks off May 30. File/Staff

The city of Charleston's first large-scale bike share program launching later this month will be stationed at 25 strategic locations across the peninsula to encourage residents — not just tourists — to ride.

The Gotcha Group, a Charleston-based company contracted by the city to develop the program, has worked for months with city staffers from multiple departments to pin down the locations, according to Sean Flood, founder of the company.

"I think the challenge with Charleston and also kind of the exciting part of it is that we need to serve the community who lives and works here full time ... as well as our large tourist community," he said. "We had to find areas that hit both of those groups."

The Gotcha Group designed and built the custom bikes in a Huger Street warehouse. The program is launching May 30 under the name Holy Spokes. The Medical University of South Carolina is the title sponsor.

The 18 corral sites approved so far include a few on MUSC's campus, as well as Hampton Park, Singleton Park, The Gaillard Center, The Visitor Center and South Adgers Wharf. Others will be added soon, according to Gotcha Group spokesman Michael Stettner.

Bikes can be checked out from those sites either with a smartphone app, online at the soon-to-be-launched website, charlestonbikeshare.com, or from a keypad on the rear of the bike.

A built-in lock can be released with a unique numeric code on the keypad, which frees users to take the bike and lock it up at their destination. It must be returned to a Gotcha Bike hub for the paid trip to end.

Trips cost $8 per hour for a one-time rental. A $15 monthly package covers 30 minutes of ride time per day, and a $69 annual package covers one hour per day. Additional time spent on the bike is priced by the $8 hourly rate.

Flood said the bikes are one-size-fits all because of the adjustable seat height.

The high-tech bike share system is powered by Social Bicycles, which uses a proprietary GPS tracking technology. Each trip generates a map of the route traveled, which is a big reason the city chose Gotcha Bike to develop its system, according to city planner Jacob Lindsey.

As a part of its agreement with the company, the city will have access to all of the location data.

"So, the system itself will become a planning tool because we’ll be able to map in real time where cyclists use our streets," he said.

The data will also guide where future corrals go, Flood said. The company's goal is to expand eventually to 600 bikes, which could involve adding corrals in West Ashley and Mount Pleasant.

Even without the data to rely on at this point, Flood said he's pretty confident the bike share concept will catch on quickly in Charleston.

"I think we're all used to seeing rental bikes run around, and it feels more like tourists are the ones using them to bounce around," he said. "My hope is that this kind of opens everybody's eyes to the value of bicycling as a mode of transportation."