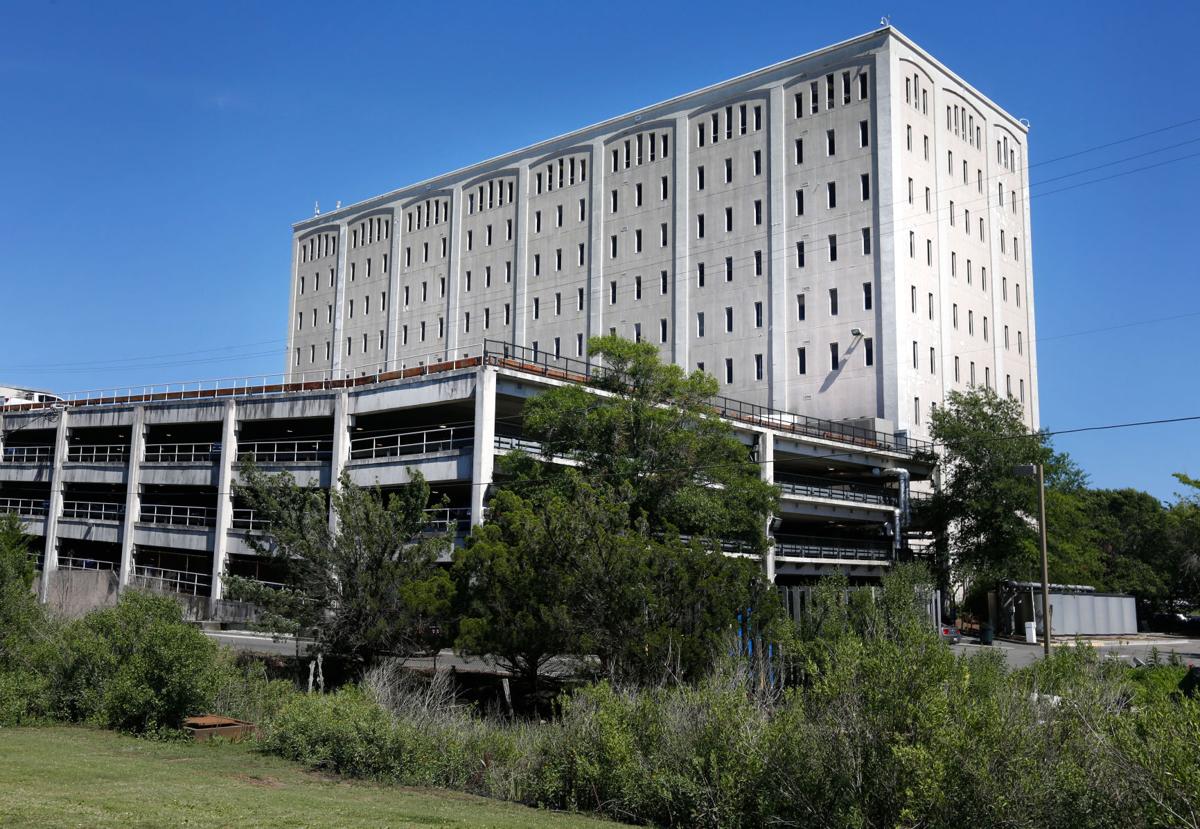 A developer's plans for the 10-story MUSC Harborview Office Tower on Hagood Avenue is raising fresh concerns about the city's ability to limit the number of hotels on the peninsula. File/Staff

Bennett Hospitality is planning to convert the MUSC Harborview Office Tower at 19 Hagood St. into a 250-room hotel. Rendering provided

A developer's plans for the 10-story MUSC Harborview Office Tower on Hagood Avenue is raising fresh concerns about the city's ability to limit the number of hotels on the peninsula. File/Staff

Bennett Hospitality is planning to convert the MUSC Harborview Office Tower at 19 Hagood St. into a 250-room hotel. Rendering provided

The board that approves new hotels in Charleston says it's aware of the perception that too many hotels are being built on the peninsula.

But it also knows its hands are tied, that all it can do is minimize the effects unless City Council changes the ground rules.

That was the case last week, when members of the Board of Zoning Appeals said they were powerless to deny a 250-room hotel proposed for an existing 10-story office building.

"As much as we need another hotel in Charleston — that’s facetious — I think it meets the criteria," board chairman Leonard Krawcheck, an attorney, said before the vote to approve the project. "I almost wish it didn’t, but I think it does."

Another board member agreed.

"There’s certainly a perception that hotel development has gotten out of control,” Ross Appel said before the vote. "Our options are limited here."

After the meeting, Mayor John Tecklenburg said the zoning board was correct that it had no choice but to allow the project. He also said the issue shows that it's time for City Council to reconsider the rules for approval.

"This challenge continues, and it impacts the diversity of uses and livability of our city," he said. "So I’m ready to bring back some of those stronger measures and ask council to reconsider those again.”

Tecklenburg has tried to put limits on hotel development three times since taking office in 2016:

City Council rejected all of them.

"These were major attempts to limit the growth of hotels and protect the quality of life," city planning director Jacob Lindsey said. "I personally have presented this information to Council five separate times. The topic has been widely discussed."

The mayor succeeded in getting City Council to require new hotels to ensure drop-off and pick-up points for visitors won't become bottlenecks; provide employees with parking, or give them transit passes or other incentives so fewer will drive to work; and provide shuttle service to the Historic District if they are located outside the city core.

"Those help with parking and traffic congestion, but they don’t really limit hotel growth," Lindsey said. "Those are good steps to take, but we need further controls on the growth of hotels downtown."

Tecklenburg said it particularly concerns him that a hotel project is required to replace housing that's lost, but the rules are "blind to affordability." For example, Bennett Hospitality's 300-room hotel at 411 Meeting St. will include apartments to replace those that previously were on that site, but it's highly unlikely the new ones will be as affordable.

"I’m also open to reducing the accommodations overlay district itself and try to put a lid on the future growth of hotels," the mayor said. “It’s an important issue for a city’s livability, there’s no question about it.”

Bennett Hospitality is also the developer that's buying the MUSC Harborview Office Tower and the 641-space parking garage at 19 Hagood Ave. The Medical University of South Carolina put the property up for sale last year.

At least 20 new hotels are either under construction or approved on the peninsula. The new projects would add about 1,850 rooms to the 4,750  currently available — a nearly 40 percent increase.

For example, a big concern is whether a project will significantly add traffic to a nearby residential neighborhood. City Council recently amended the zoning ordinance to include the drop-off site, parking and transportation for workers, and shuttle service requirements.

At the Harborview site, several new roads will connect the proposed hotel with the adjacent WestEdge development to the west, and there would be little reason for traffic to cut through the Westside neighborhood to the east, according to James Wilson, an attorney for the developers.

He also said a hotel would generate less traffic during morning and evening rush hours than an office building. Developers met with the association, and the membership voted to support the project, Wilson told the board.

Winslow Hastie, executive director of the Historic Charleston Foundation, urged the board to deny the project.

"The foundation is consistently concerned about the proliferation of hotels, particularly on the peninsula," he said.

Hastie said the foundation particularly opposed replacing a large office building with another hotel. Wilson countered that the neighboring WestEdge site will include 880,000 square feet of offices, more than four times the space in the MUSC Harborview building.

Robert Gurley of the Preservation Society of Charleston said he was concerned that guests would not be able to navigate the city’s bus system from the hotel to the Historic District. It's not a pedestrian-friendly area of town, said Gurley, who asked that the hotel be required to provide shuttle service.

The board agreed, and its vote to approve the overall hotel project was unanimous, with one member, Michael Robinson, recusing himself.

Besides the 250-room hotel planned in the MUSC office building, seven other hotels with more than 100 rooms are also in the works for the Charleston peninsula.