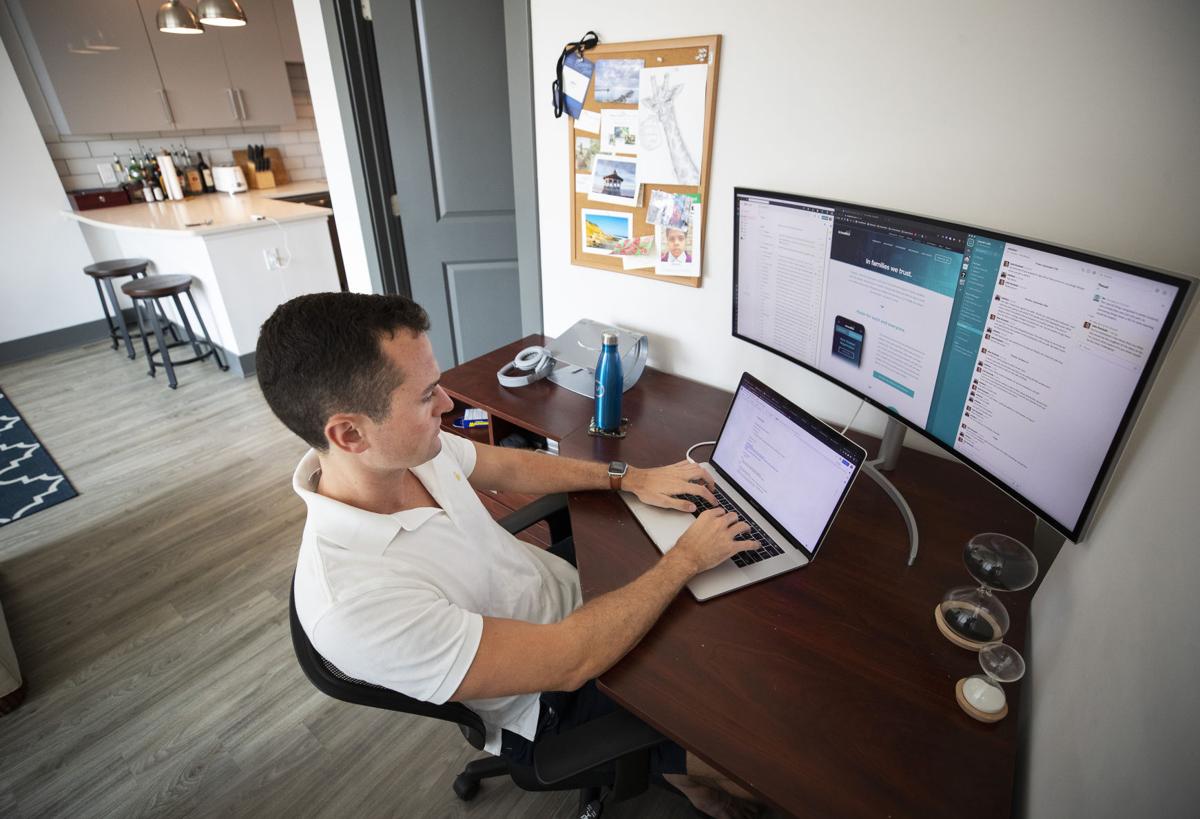 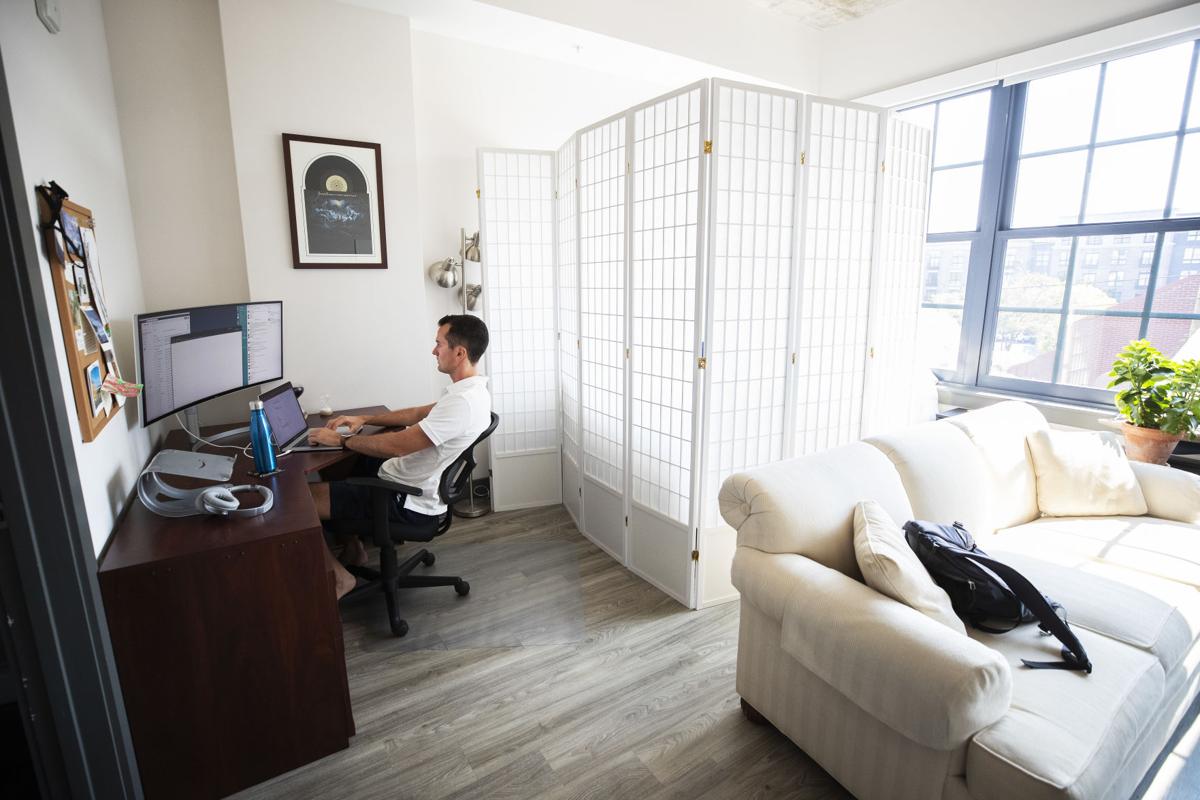 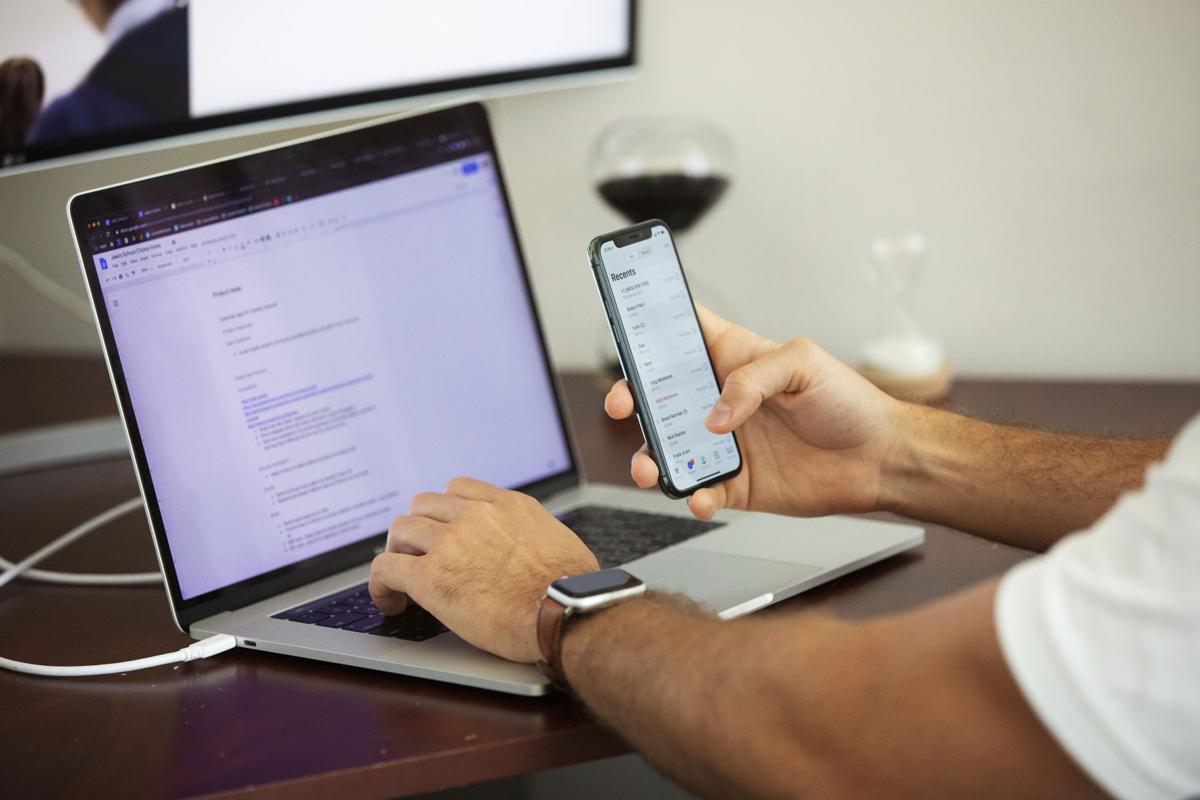 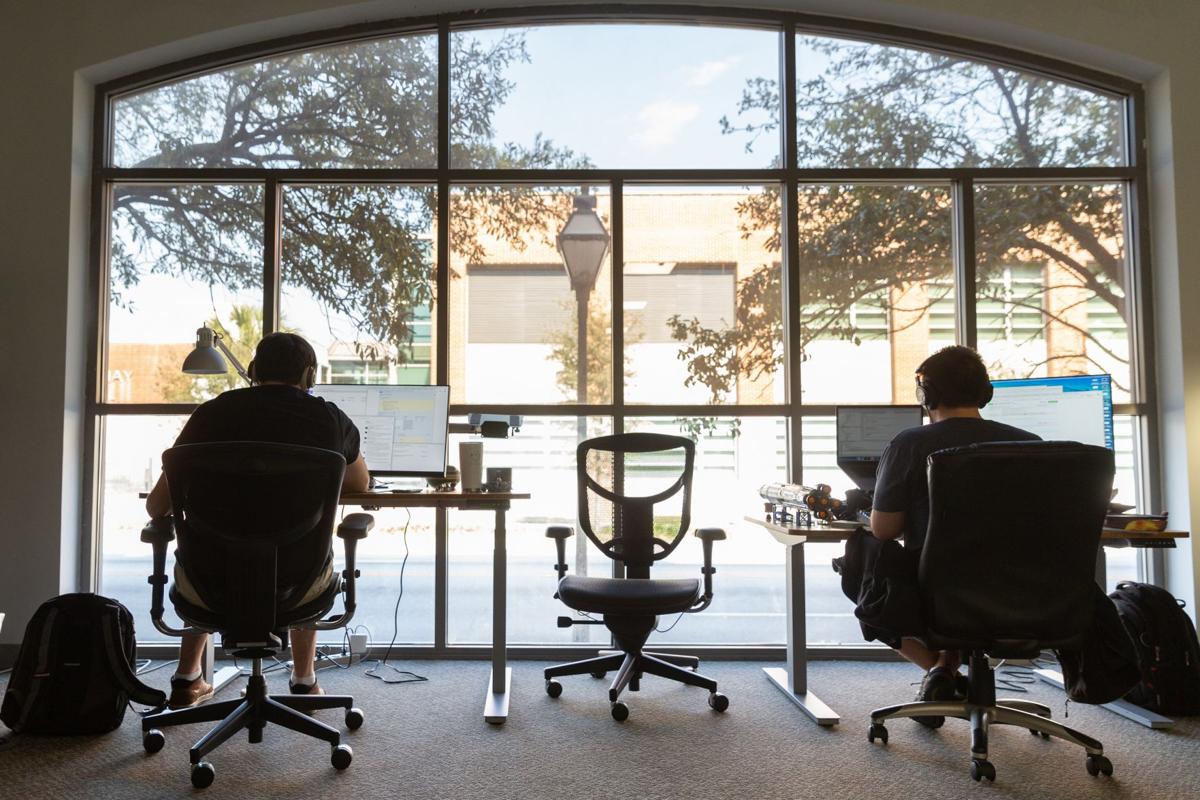 Employees of Workiva work at the Charleston Digital Corridor's office at Mary and Meeting streets. The small outfit of the larger, Midwest-based company, is based in Charleston mostly because the team's leader prefers the Holy City. Provided/Workiva 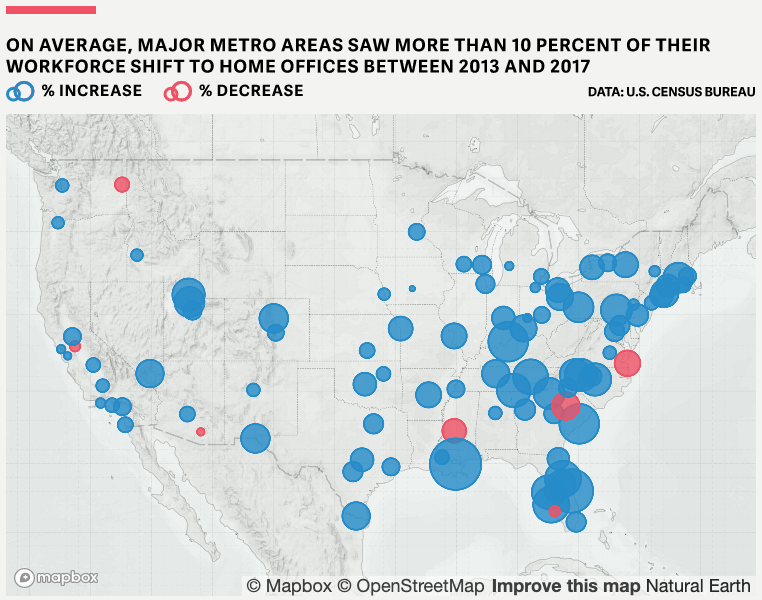 From the office of a technology company where he worked in Washington, D.C., Jake Kozloski was messaging his boss when he casually bought up an idea that he'd been thinking about for a while.

With aspirations to start up his own business, Kozloski was suited to the pace of a large city. But he felt a pull toward Charleston, and his boss had no problem with him moving to the Holy City. So about a year ago, Kozloski joined the ranks of the remote workforce, based in his apartment in downtown Charleston.

A product manager and University of Virginia graduate, Kozloski is organized and said he has no trouble keeping his focus despite being hundreds of miles from the main office. Most other employees at the company, which he has since left for another remote job, worked from home already.

Companies are increasingly adopting work-from-home policies. And workers are buying into the idea, sometimes to escape harsh winters, sometimes for lifestyle reasons.

The Southeast is among the more popular destinations for the telecommuting set, according to a Post and Courier review of Census Bureau data of the 100 largest metro areas. The three cities where working from home has increased the most are New Orleans; Palm Bay, Fla., and Charleston, where about 5 percent of the labor force punch the clock where they live.

The best talent is in high demand, and companies are offering increased flexibility as a recruiting tool in a highly competitive job market, said Claire Gibbons, marketing and communications director at the Charleston Regional Development Alliance, which promotes the three-county area as a business destination.

The categories of remote jobs are all over the board. Some of the roughly 19,000 people who identified themselves to the Census Bureau as remote workers are employed by local companies. Others are with out-of-state firms. Still others are self-employed, or work for startups that have no fixed base at all.

In some large high-tech enclaves, the trend appears to be more popular. In Austin, Texas, for example, nearly 8 percent of the workforce doesn't report to a conventional office.

How are commuter trends shifting?

Also, remote work could be getting a boost from the overall migration of Americans to warmer climates, according to research at Michigan State University. In 2017, the shift was particularly pronounced in Florida, Texas, North Carolina and Georgia.

Liz Guthridge, a self-employed coach and consultant who works mostly remotely, said moving to the Lowcountry offers people a chance to enjoy the South's slower pace after the day is done. For many remote workers, part of Charleston's draw is that their big city salaries go further.

"Charleston is very much a lifestyle city, and not as much a business city," Guthridge said. "A lot of these folks are able to move down here with Northeast salaries, but yet have the Charleston cost of living."

Still, some value working from home so much they would accept lower pay for the benefit: A 2017 study from Harvard and Princeton universities found the average worker is willing to accept an 8 percent wage cut if they could work off site.

"I don’t know what amount of money you could pay me to go to an office," said North Charleston resident Jen Schillo, who co-founded a software consulting business with mostly government clients.

Schillo has worked remotely for almost her whole career. An introvert, she is more productive in the peace of her Park Circle home and in the company of Stubs, her basset hound-black lab mix.

Schillo said it has been vital for her to have a separate office within her residence, where her laptop stays. That way, she said, she can keep her personal life from bleeding into her work.

Columbia bans asking city job applicants about past convictions, wants others to follow

Others started working remotely out of a necessity. Benoit Razet was with a local tech startup until it was acquired at the end of 2018, requiring him to look for a new job.

Razet, who has a doctorate in computer science, moved to Charleston from Pennsylvania in 2017, in part because his wife has family in the area. He found work as a research engineer for PokitDok developing blockchain technologies. When that firm was bought, his next choice was to work for Galois, an Oregon-based software company.

Galois does not have a presence in Charleston, meaning Razet works remotely even though he would rather report to an office every day. He appreciates the social connections. So instead of working from home, he is leasing space from the Charleston Digital Corridor on Meeting and Mary streets in downtown Charleston.

He said about half of his former PokitDok co-workers are now employed remotely. Chris Wilhite is another.

Both Wilhite and his wife, who's an attorney, work out of their Mount Pleasant home — from the guest bedroom, which has a desk, or from the kitchen counter.

With two daughters, the software developer said he appreciates the flexibility. He misses the social connections of working in an office, though ultimately, he prefers working from home.

"There's a social component that you miss working from home," he said.

Some employers have more to consider than others when developing work-from-home policies. The Medical University of South Carolina, the area's second-largest employer, is in the midst of finalizing a complex system-wide policy, spokeswoman Heather Woolwine said.

But for some key staff, the option may never really be viable.

"The idea is to use telecommuting to make the organization more efficient and offer this employment enhancement where and when it makes sense to move our work forward," she said.

It was family that led Kim Hayes to establish a new part-time work base at her home in Mount Pleasant.

Hayes is CEO of The Ambit Group, which is headquartered in northern Virginia. The information technology firm, which mostly bids on federal contracts, has about 250 workers and pulls in $55 million a year in revenue.

She said she never would have been able to do her job remotely when the business was starting out. Now, in a typical month, she's able to work one week from her South Carolina residence and commute three weeks to the corporate office in the Washington, D.C. suburbs.

"I know the rhythm of the business intimately. I can feel it and sense it," she said. "The only thing that’s given me flexibility is that I’ve proven myself over the years.”

Hayes said her working arrangement provides a double benefit. She enjoys Charleston's slower cadence. But she also can't help but feel excited, when she boards a plane and returns to the D.C. area, to be back in the thick of it.