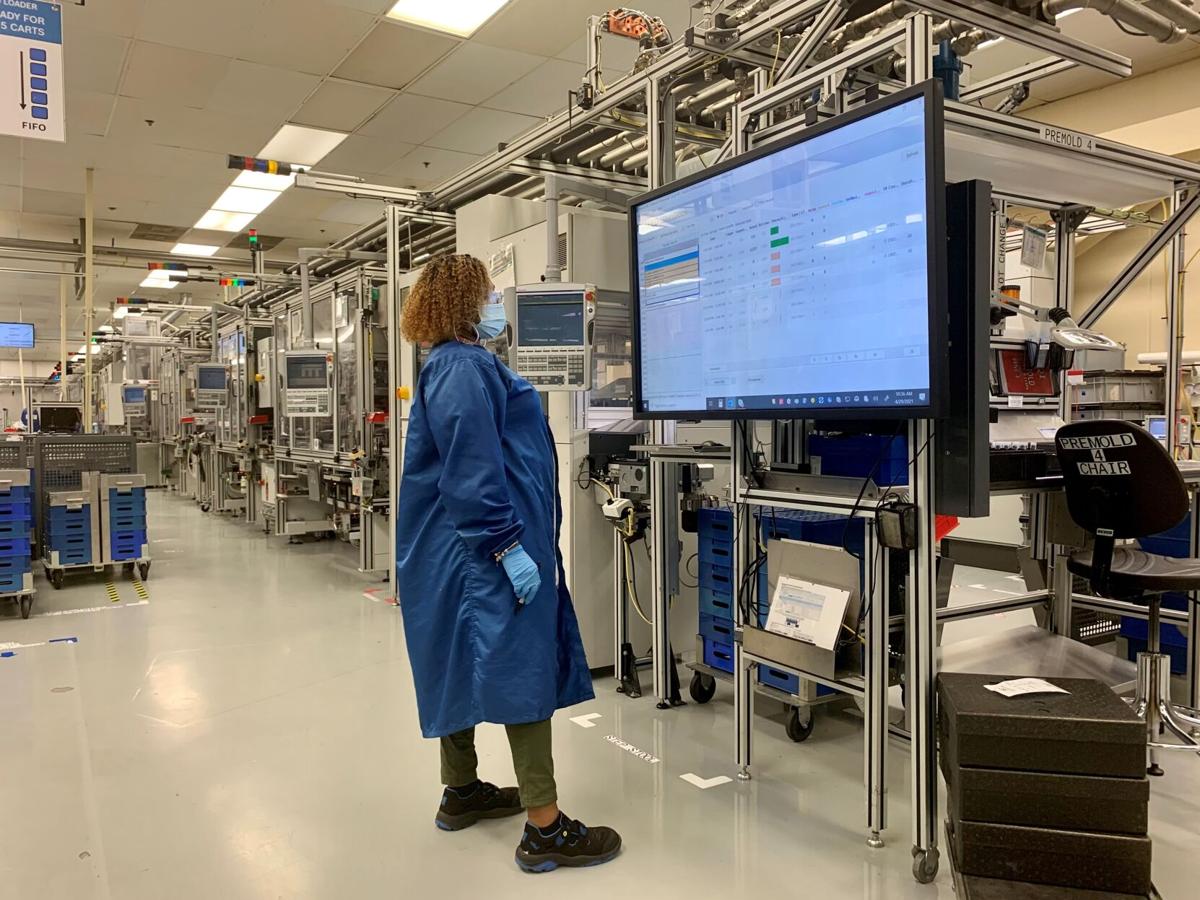 Bobbie Fox checks productivity data on the factory floor at the Robert Bosch plant in Dorchester County. Bosch said it will invest $80 million in expansions to boost production of powertrains for electrified and traditional gas-powered vehicles. Robert Bosch LLC/Provided 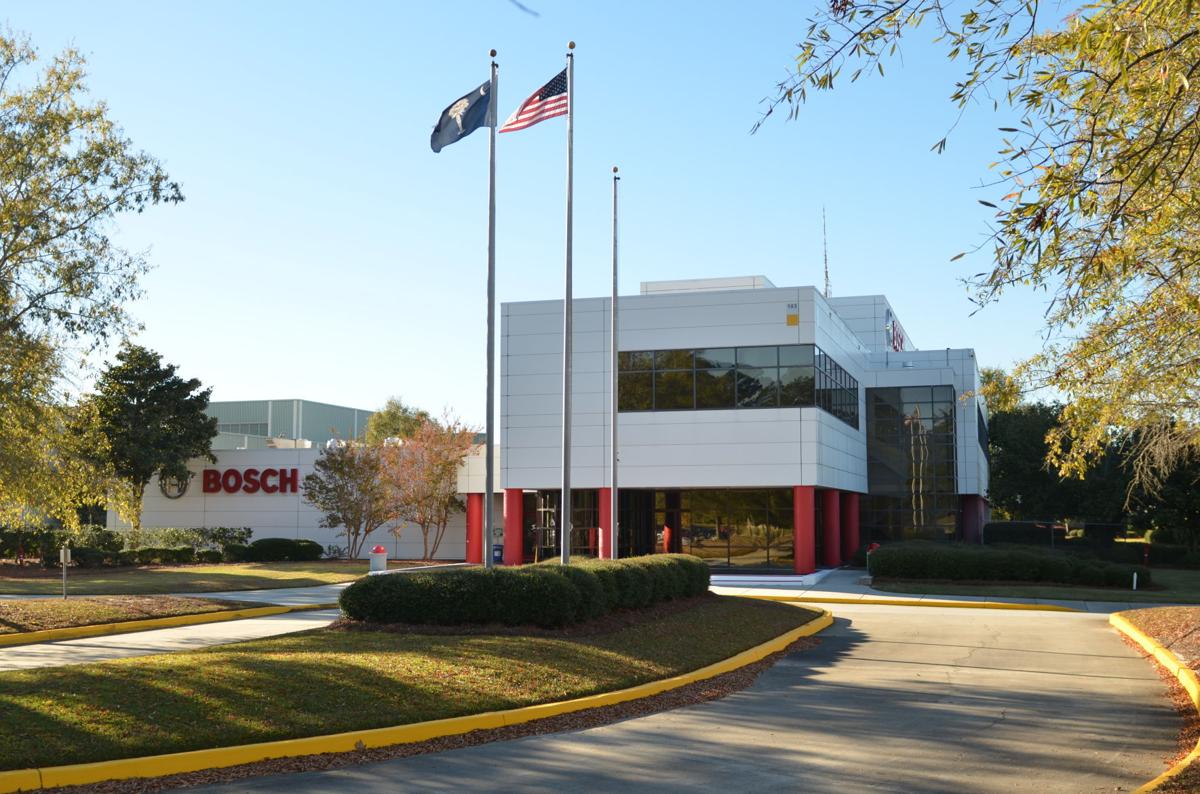 The Robert Bosch plant in Dorchester County announced an $80 million expansion that will add production lines for electric and gas-powered powertrains for personal and commercial vehicles. File/Provided 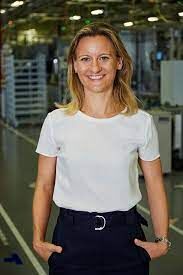 The increasing popularity of electric cars combined with growth in traditional gas-powered vehicles has the Robert Bosch plant in Dorchester County adding production lines and spending $80 million on a two-year expansion program that will create hundreds of jobs.

The growth plan was outlined during a company-wide event to announce fiscal year-end earnings and the near-term outlook for The Bosch Group's global operations, which include the vehicle mobility, industrial technology, consumer goods and energy sectors.

"The market for electric vehicles is growing in the United States, and with the investment we are doing in our e-motor line we are fulfilling the demands that we see for the future," Gitta Unger, vice president of the North Charleston plant, said of the new production line that will be added to build electrified powertrains for passenger cars and commercial vehicles.

At the same time, internal combustion engines aren't going away any time soon and Unger said the plant also will add capacity for those powertrains.

Both the electrified and traditional powertrain expansions will take place within the plant's existing footprint, Unger said. She declined to give details about annual capacity for the new lines or which customers are driving the expansion.

Hiring is already underway and Unger said the expansions will help the Dorchester Road plant replace all or more of the 430 full- and part-time positions that were cut last year when the site eliminated production of diesel powertrain components.

All told, Bosch plans to spend $250 million this year on vehicle mobility expansions at its North American sites. Bosch also plans to spend $110 million at its North American sites on technology featuring electromobility and artificial intelligence, such as a transparent liquid-crystal display sun visor that uses a camera, facial detection and tracking software to darken the area where light hits the driver's eyes without obstructing the view of the road.

Bosch also has focused on environmental issues, ensuring that all of its plants, including its Dorchester County site, are climate-neutral — a feat achieved about a year ago. The local factory also features a cloud-based platform that uses algorithms to reduce the energy consumption of machines and increase production efficiency.

With carbon footprint at 0, Bosch plants in SC, elsewhere to share climate-saving tools

Company officials also pointed to its Rexroth mobile hydraulics facility in Fountain Inn as a leader in the switch to clean energy. In November, the Upstate plant started producing energy from 3,300 solar panels spread out over five acres of adjacent land — the first large-scale solar array for Bosch in North America.

Between now and 2024, the company plans to invest $1.2 billion in fuel-cell technology for heavy-duty trucks to produce clean power and on July 7 announced another $1.2 billion investment in a computer chip factory in Germany to produce semiconductors for Bosch parts and serve as a hedge against future chip shortages.

The spending follows a year in which Bosch companies were heavily impacted by the coronavirus pandemic, which forced the Lowcountry plant to close for a couple of weeks about a year ago because the customers it served weren't producing vehicles.

"We managed to get out of it, I would say overall, even stronger," Unger said. "We managed in a very short time to turn the facility into a very safe environment, which allowed us to get out from the crisis."

Mike Mansuetti, president of Bosch in North America, said the pandemic's biggest impact was felt during the second quarter of 2020, but "we were able to rebound successfully in the second half of the year."

Because of the health crisis, overall sales in North America were 15 percent below the previous year’s level, with the vehicle parts side of the business hardest hit. That was offset by a boom in the company's consumer power tools and appliances businesses, which experienced a 12 percent increase in sales to $2.9 billion for the year.

“For the current year, we are optimistic about building upon the results of the second half of 2020 and the start of 2021, but also expect ongoing challenges due to industry-wide headwinds such as the semiconductor shortage," Mansuetti said.