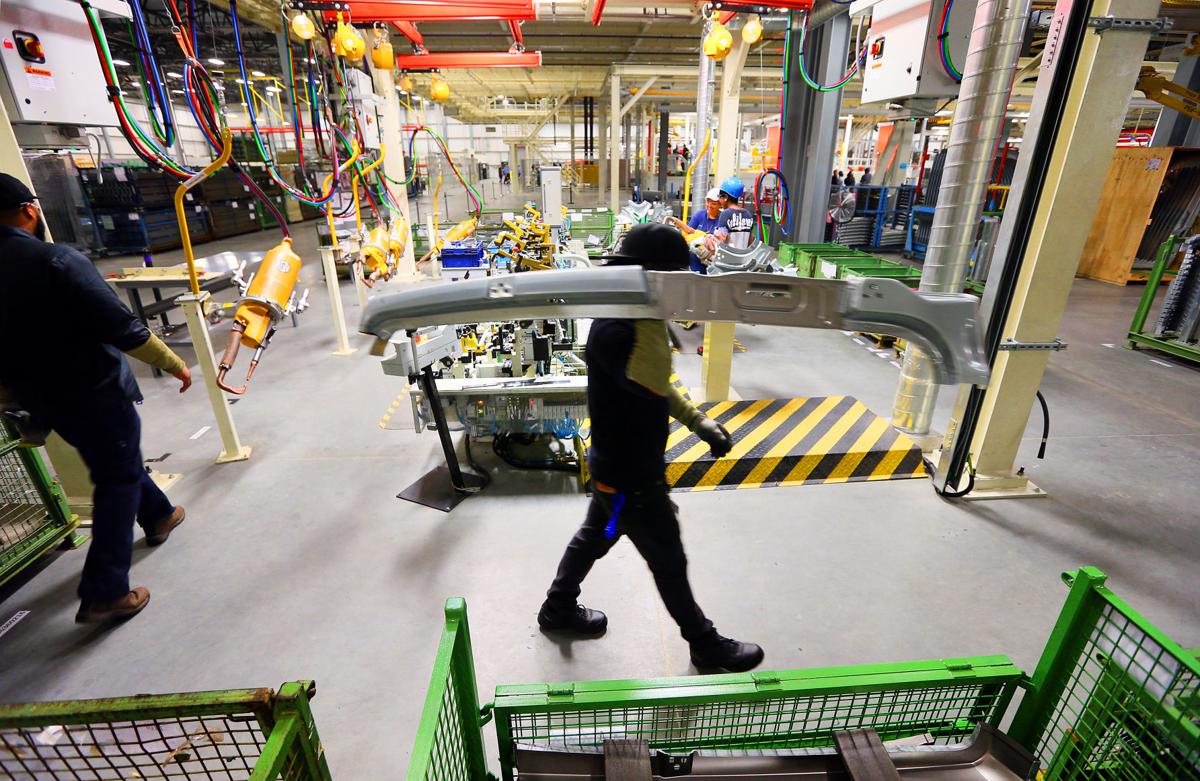 Though it's easy to focus on manufacturing giants like Boeing, Mercedes-Benz and Volvo, Brent Jonas of the Charleston Regional Development Alliance said that what they're after now is not those "elephants," but smaller businesses across a spectrum of industries. File/Wade Spees/Staff 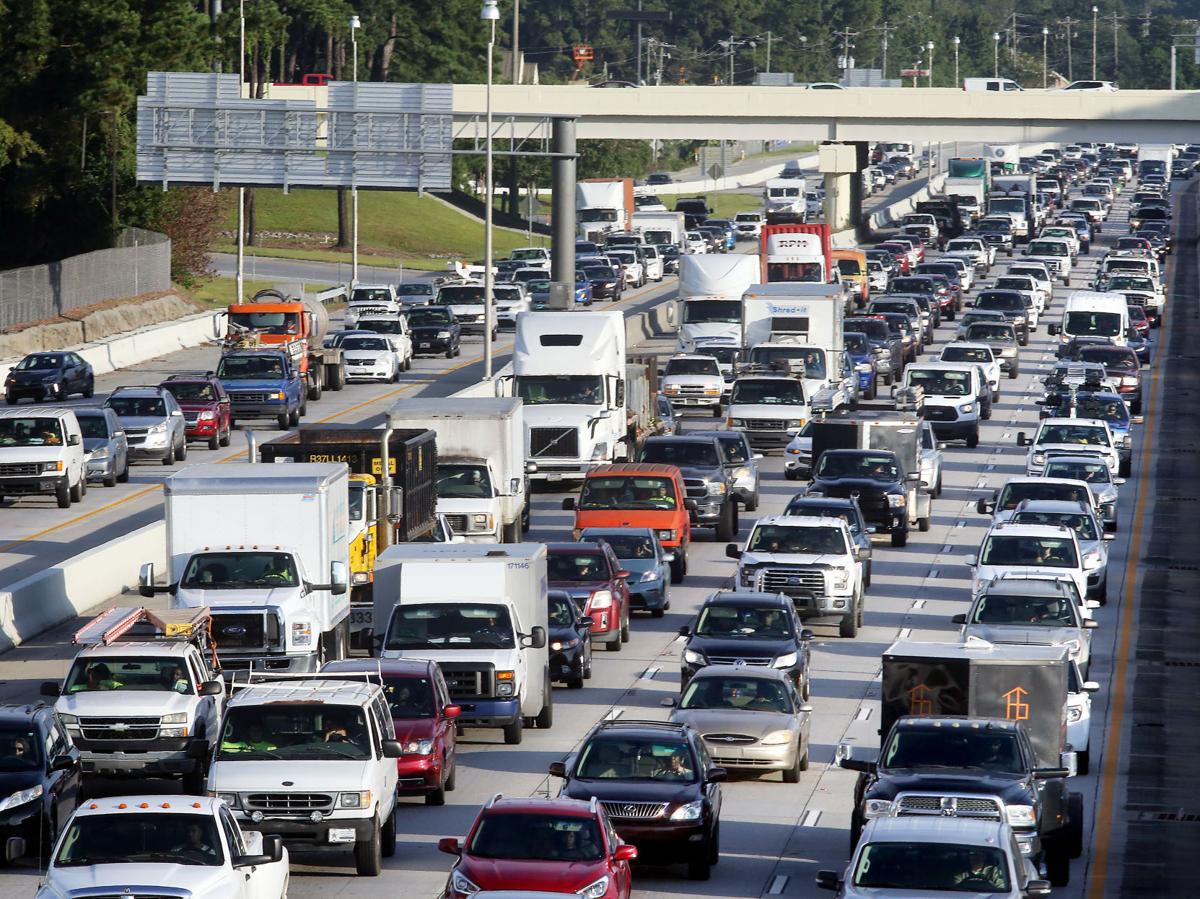 Charlestonians are spending more time in traffic slowdowns, according to a new report. File/Brad Nettles/Staff 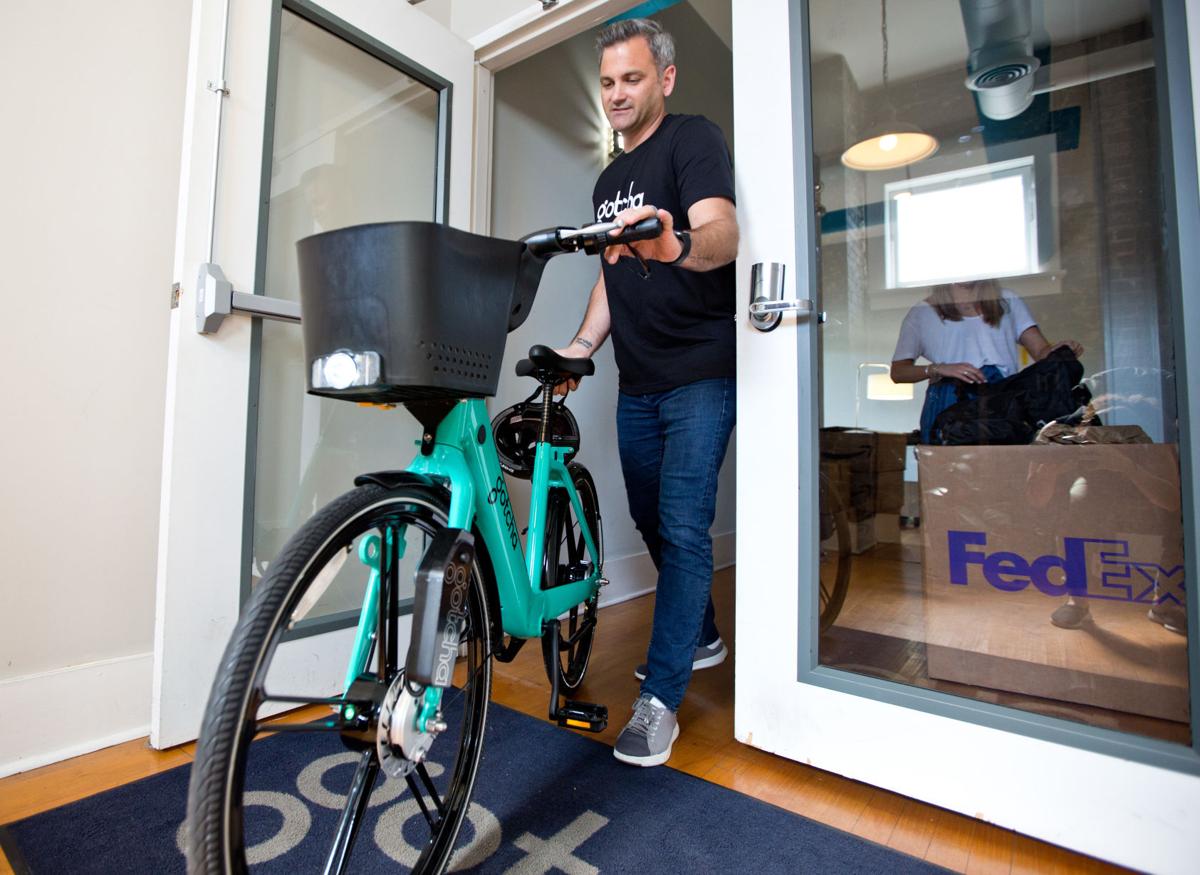 Sean Flood, CEO of Gotcha, leaves his company's office in early summer 2019. The firm, which has been based in Charleston since 2014, announced it is being acquired Tuesday. Sylvia Jarrus/Staff

For the last 10 years, Charleston's economy has been growing. Where can the region grow from here, and what can businesses expect during a slowdown?

That decade-long expansion and those predictions for the future were the subject of the Post and Courier's latest Inside Business LIVE event, a quarterly networking and discussion series about the forces driving business in the region and the state.

Wednesday's event featured a panel of local experts: Gerald Gordon, a professor with the College of Charleston's Masters of Public Administration program; Jamee Haley, the executive director of Lowcountry Local First; Brent Jonas, the director of stakeholder relations for the Charleston Regional Development Alliance; and Perrin Lawson, the vice president of business development for Explore Charleston.

Below are some of the topics and highlights from the discussion:

The tight labor market: Lawson chimed in on this topic first, saying that the area's lack of available workers impacted the hospitality industry "tremendously." There are a number of hotels and restaurants that are operating short-staffed or opting to cut back on hours to deal with the shortage.

The No. 1 thing companies ask the CRDA when considering a move to the tri-country region, Jonas said, is whether the area has enough available workers.

"We're in a global war for talent," Jonas said.

Workers are increasingly picking Southern cities, including Charleston, to work from home

Locally, Haley said, companies need to raise their wages. Haley said she frequently talks to people who want to move to Charleston and search for jobs locally but end up opting to keep a job in Washington, D.C. or New York City by working remotely since Charleston "cannot compete with the salaries."

Areas for future growth: When it comes to future development of the region's economy, diversification is "absolutely critical," Gordon said.

Though it's easy to focus on manufacturing giants like Boeing, Mercedes Benz and Volvo, Jonas said that what they're after now is not those "elephants," but smaller businesses across a spectrum of industries. Think of those large manufacturers as big rocks in a jar, he said.

"We're trying to fill in the sand around them," he said.

When it comes to new areas for growth, Jonas said that the life sciences and information technology sectors are "the real opportunity" for Charleston. He also noted growth in venture capital. A new report found that venture capital funding in Charleston has increased 135 percent since 2010.

Opportunities for minorities: Haley said the community has a long way to go when it comes to lifting up underrepresented communities in the local economy. African American-owned businesses are only making about a third of what white-owned businesses in the area are making, she said.

Business owners need to be thinking about who they're hiring to do marketing, accounting, landscaping and other services to ensure that "we're bringing others along with us."

"The biggest way to build generational wealth is through ownership," she said.

Preparing for a slowdown: "We're way past due for a big recession," Gordon said. Due to the length of the expansion period, Gordon said he thinks that when it hits, it will be "an extended recession."

After the last recession, the Charleston area rebounded more quickly than many parts of the country, Jonas said. While no one can say that would happen again, Jonas said he thinks the diversification of the economy over the last 10 years will help with recovery from a slowdown.

"Preparing for this is important, but it will be sustained," Gordon said.

Gotcha, a Charleston firm that sets up electric bike and scooter rental programs for colleges and cities, is being acquired by the California-based company OjO Electric. Flood said he'll stay on board as CEO and expects to remain in Charleston, along with the rest of the Gotcha staff.

"Hey boss, did you know drivers in the Charleston area now spend an average of 51 hours a year in traffic delays?"

That number is up from 40 hours in 2005, according to a new scorecard measuring economic factors and quality of life. Compared to eight other high-growth metro areas, Charleston got mostly average grades. Read more here.

Want more insights from the panelists? You can watch the full event here.

Charleston's economy still thriving, but not everyone is sharing the wealth

A "Regional Economic Scorecard" released last week finds there are still plenty of residents who have been bypassed by the growth boom of the past decade.

Traveling in SC this Thanksgiving? Driving or flying, here's what you need to know.

The vast majority — about 90 percent — will travel by car during the holiday travel period, which starts Wednesday and runs through Sunday. The best day to be on the road will be Thanksgiving Day, AAA found.

What low-wage work looks like in Charleston, other SC cities

The overwhelming majority of respondents reported negative impacts from major storms, but organizations also reported figures that suggest the last several years have made them more prepared for a potential disaster.

SC in top third of 'best states for business,' but neighboring state comes out on top

The rankings noted the massive net migration into South Carolina over the last several years, something which it shares with its No.1-ranked neighbor to the north.

In three parts — a 12-week course, a business accelerator phase and financing assistance — the program would help locals, particularly people from minority communities and low-income backgrounds, launch their businesses.