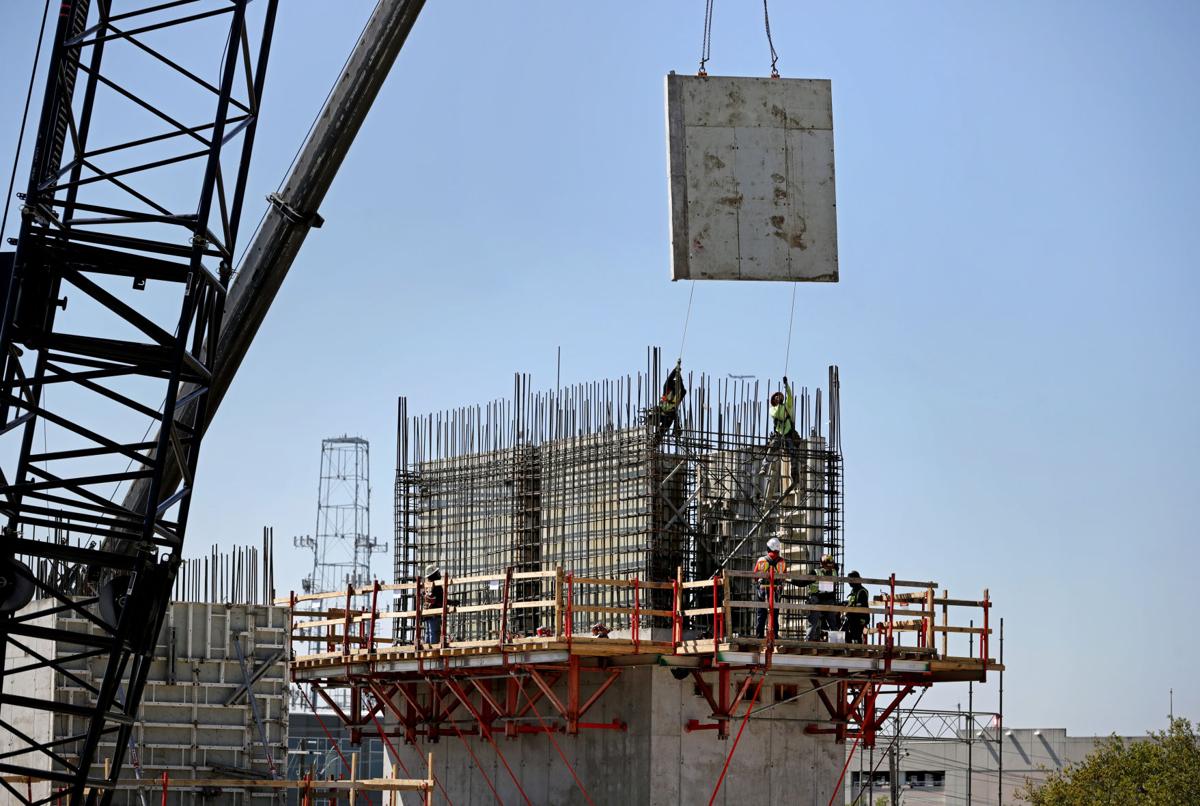 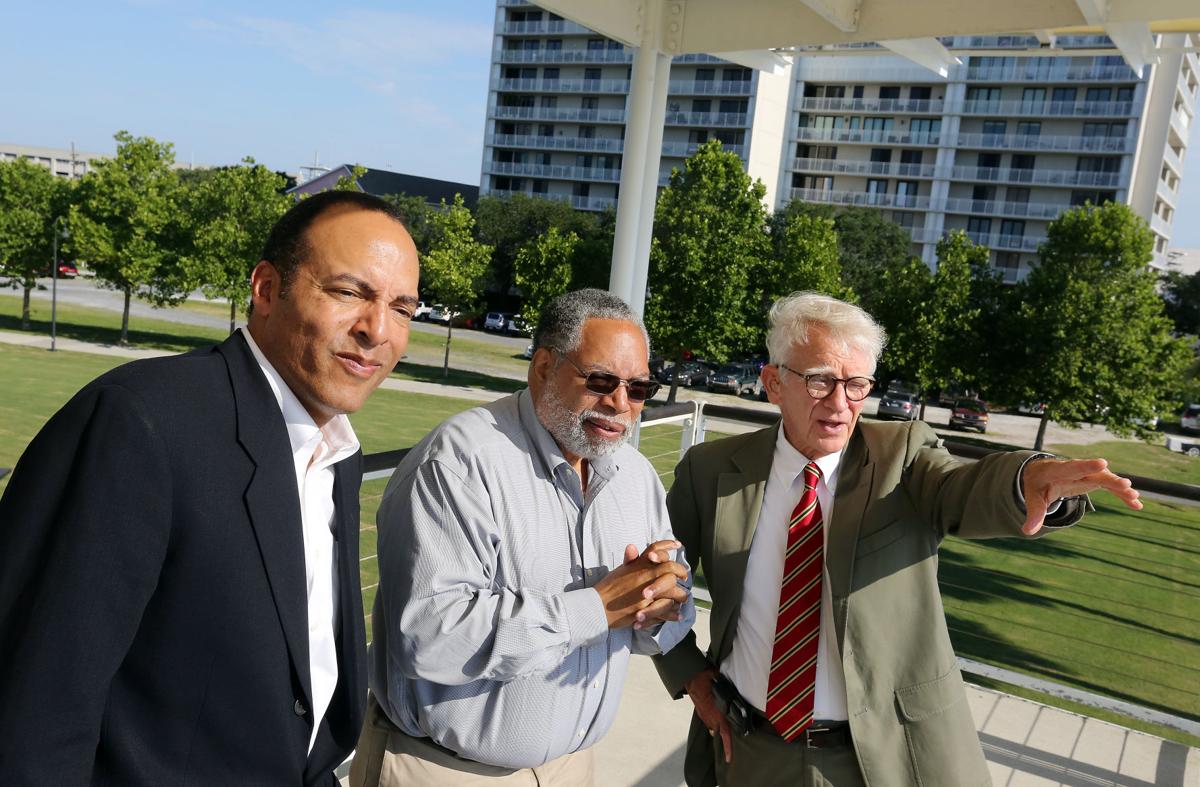 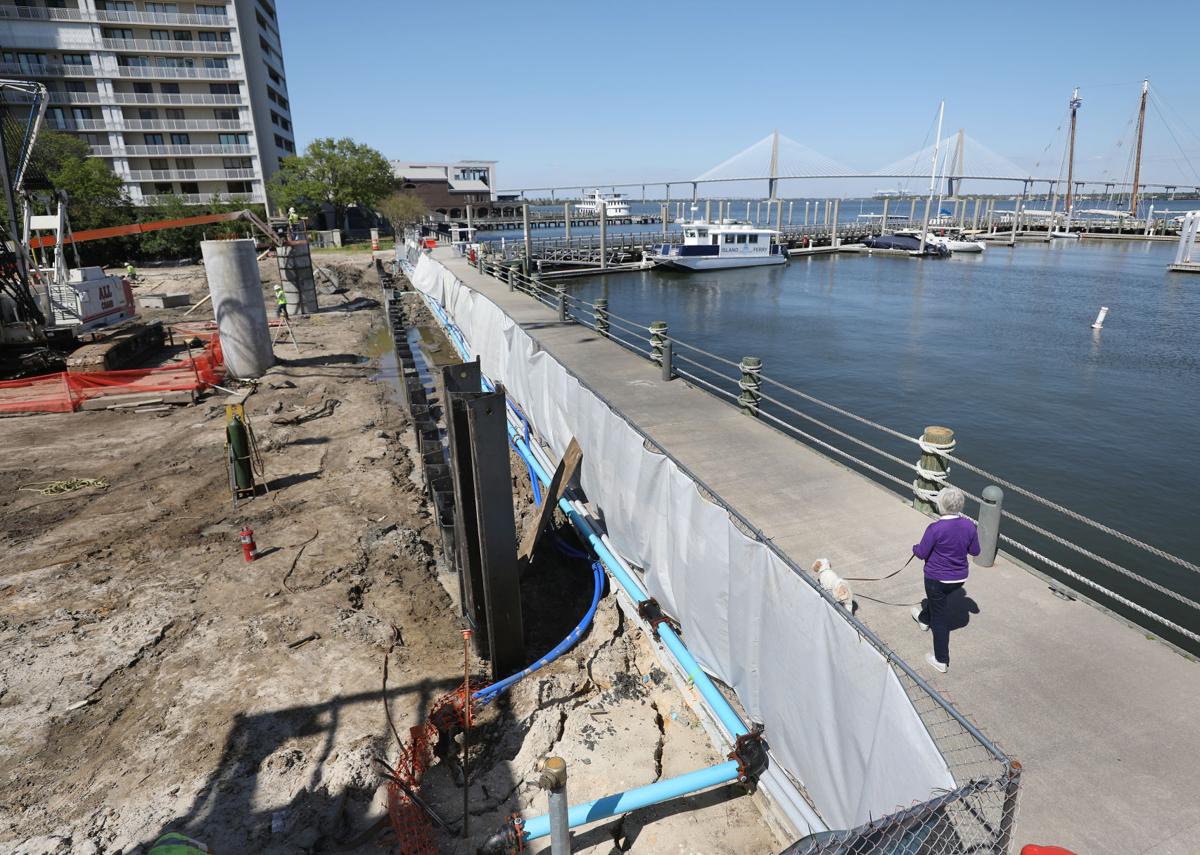 The most important words Lonnie Bunch has heard in his decadeslong career as a historian, educator and museum curator were said to him by a caretaker on a South Carolina plantation.

The man's name was Princy Jenkins, and the place was Friendfield Estate, a rice plantation near Georgetown where Jenkins used to live in a cabin with his once-enslaved grandmother.

The career-shaping guidance he shared with Bunch was this: "If you are a historian, then your job better be to help people remember not just what they want to remember, but what they need to remember."

Bunch recounted that memory in his new book, "A Fool's Errand," which tells the story of how he came to lead and successfully open the National Museum of African American History and Culture in Washington, D.C.

His book tour brought him to Charleston last month for an event hosted by the International African American Museum, Charleston's own long-awaited museum project.

Bunch, who became the 14th secretary of the Smithsonian Institution last May, was an early advocate for the IAAM. The museum broke ground in October after nearly two decades of planning and fundraising.

In addition to being a champion of the museum effort in Charleston, Bunch's work has acted as an example, providing lessons for the IAAM and any institution that sets out to tell America's untold stories.

Lesson 1: Present history where it happened

By the time Bunch officially took the helm of the future Smithsonian museum in 2005, about five years had passed since then-Mayor Joe Riley announced his plan to build a museum of African American history in Charleston.

Knowing they were both facing a similarly Herculean task, Riley contacted Bunch immediately, and they quickly became friends.

During their meetings, Bunch told Riley something that would become a refrain for the IAAM.

"He said, 'Joe, it’s essential that you seize the opportunity to present history where it occurred,'" Riley recalled.

That applied to the IAAM not only because of Charleston's role in African American history but also the specific site: a section of land along Charleston Harbor that was part of Gadsden's Wharf, a major port of entry for slave ships.

"He said the site where we planned to put the museum is one of the most sacred sites of African American history in this country," Riley said. "Then he corrected himself and said, no, in the Western Hemisphere."

While building a museum about African American history and culture on the National Mall sends a powerful message, building a museum on the chosen site in Charleston imbued the project with a meaning that couldn't be replicated.

Early on in the D.C. museum's development, Bunch suggested creating a membership program. But consultants advised against it: the museum was a decade from opening and, when it did open, admission would be free.

Charleston's International African American Museum is about two years from opening, but its membership program is up and running. Individual charter memberships start at $25.

Membership options can be viewed on the museum's website: https://iaamuseum.org/membership/

He decided to pursue it anyway, with one experience in mind. Once when he was working as a curator in Los Angeles, he interviewed a family about the history of race in the city.

During the interview, the family said he could take a framed photo they had on the wall for the museum — but he couldn't take the card that was inside it. Tucked into the frame was the father's NAACP card, dated 1913.

"For me, it was about giving people ownership in what we were creating," Bunch said, after telling that story.

The IAAM has its own membership program with a model and intent similar to the one Bunch created. Memberships start at $25 — the same starting amount the national museum used — and anyone who becomes a member before the museum's opening receives a card designating them as a charter member.

"It's the easiest way to have a stake in what we're building," said Elijah Heyward, the IAAM's chief operating officer.

The "most important thing" for the museum in D.C. and for institutions like the IAAM is to bring the narrative to a "human scale," Bunch said.

The No. 1 topic people wanted to learn about at the national museum was slavery, Bunch said. But slavery also topped the list of things that potential visitors didn't want to hear about.

The stories the museum told needed to feel personal, he said, so that even the history people resist confronting resonates.

Many of the artifacts displayed in the museum came directly from American households through an initiative called "Saving Our African American Treasures." Bunch got the idea from the television show "Antiques Roadshow."

Families would bring valued items out from their attics, closets and basements, and, instead of guessing their monetary worth, museum curators would assess their historic and cultural value.

This civil rights-era bus was in a backyard on Johns Island. Now it's on display in D.C.

Bunch's team hosted 13 of the programs in communities across the U.S., including Charleston. Dozens of families brought quilts, photographs, sweetgrass baskets, tools and other items for curators to view, according to a 2009 Post and Courier report about the event.

Heyward said the IAAM is still in the early stages of acquiring artifacts. Riley also noted that the museum will not be a big collecting museum, given its size.

The museum site itself is their "greatest artifact," Riley said.

Since construction is considered essential work, building has continued on schedule at the IAAM site amid the ongoing coronavirus pandemic. The site work can be viewed live online.

The museum's leadership team has also continued their work remotely.

"This is just too important of an institution to let our pace slow," Heyward said. "This gives us something positive to invest in."

Bunch was asked during his March 6 visit in Charleston about the spread of the novel coronavirus, which at that time was not yet named a global pandemic by the World Health Association.

The Smithsonian has since been closed indefinitely, along with museums and historic sites in the Charleston area and around the globe.

Reflecting on the uncertainty the outbreak posed, Bunch said last month that he looks to the past as a reminder of how resilient people can be.

“History is the only thing that’s always given me hope," he said.