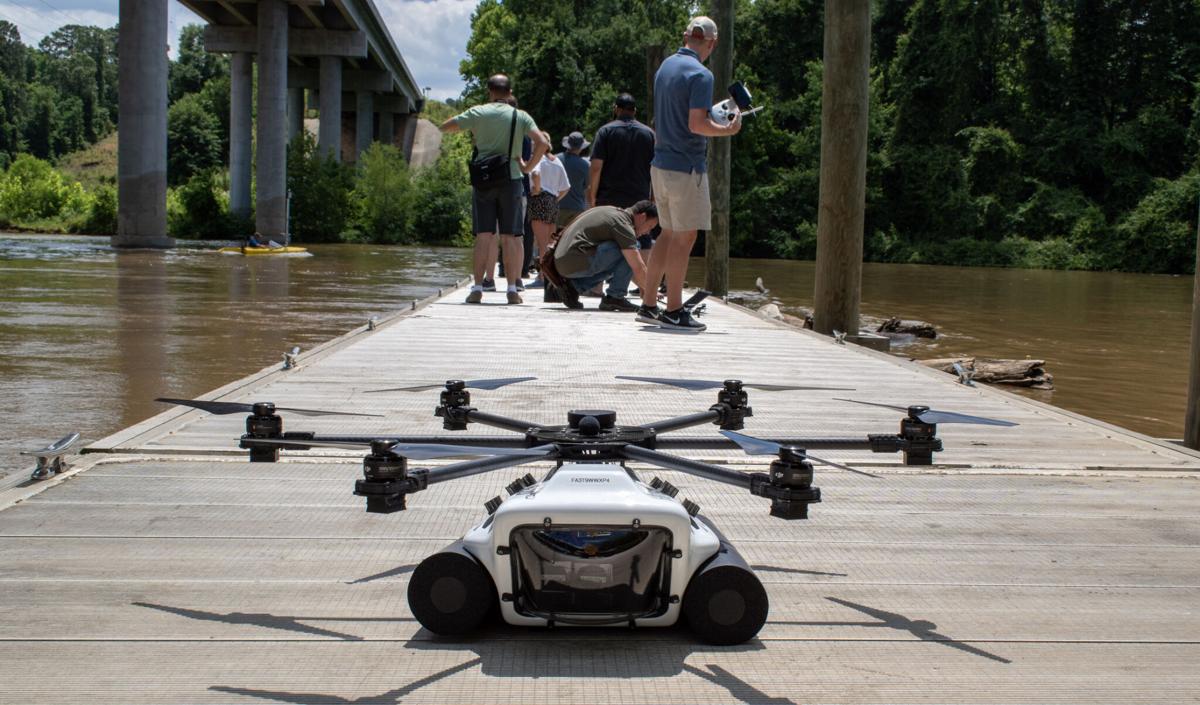 A research team tests drones near the Broad River in the Midlands. Provided/Abe Danaher/USC 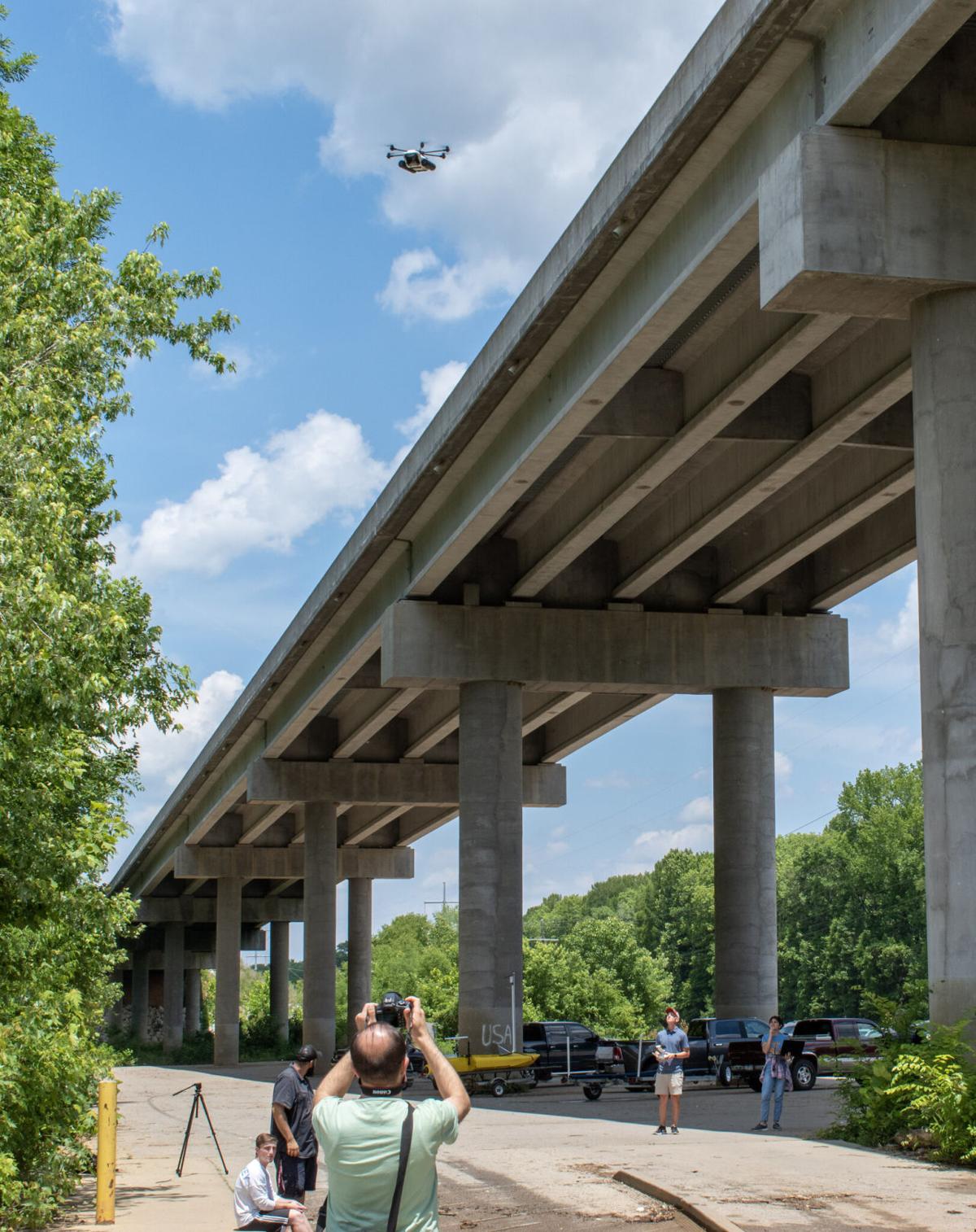 A University of South Carolina research team tests drones near the Broad River in Columbia. USC and Clemson are evaluating whether the aerial devices can be used to better assess the condition of the state's bridges. Provided/Abe Danaher/USC

Researchers at Clemson University and the University of South Carolina are evaluating how drones can capture a better picture of the state's bridges.

When completed, the project should help give the S.C. Department of Transportation an idea of the structural health of its expansive span network.

“I view this as us being the 'Consumer Report' testers for the SCDOT,” Brandon Ross, a civil engineer at Clemson, said in a written statement. “We are going out, trying new technologies and finding their pros, cons, limits and benefits.”

The team is assessing the bridges both above and below water, and has started testing drones and other robots in Lexington County. The research is led by USC.

Attention on the condition of South Carolina's bridges came under laser-focus last year when the I-526 span connecting Mount Pleasant, Daniel Island and North Charleston closed for three weeks. The key portion of the highway had to be closed after a key support cable snapped, causing traffic headaches.

The Department of Transportation wants to spend $1.5 billion in the next decade to update its bridges, some of which are supported by wooden structures, according to an analysis conducted last year by The Post and Courier.

The drone project is being funded by the Department of Transportation. It's expected to be completed by next summer.

South Carolina drone use is quickly being adopted across the country. A survey published in May by the American Association of State Highway and Transportation Officials finds 36 states have invested in hiring staff to manage the unmanned aerial devices for their transportation agencies. South Carolina is one of them.

"Five years ago, you’d be hard pressed to find any state DOT looking to hire a drone pilot," or set up a program to use the unmanned vehicles, said Carlos Braceras, president of the association and director of Utah's Department of Transportation, in the report.

Drone programs are also thought to save money. Michigan's DOT said it could save seven hours and $3,400 on an average inspection using a drone.

Researchers at the two universities hope to take the project a step further by using the information they have collected to predict the future health of the bridges. They will also be able to tell if the drones do as good of a job as human surveyors, and whether using the machines is cost-effective.

A startup with a Charleston presence earned accolades from The American Business Awards in mid-June.

Iowa-based Workiva has an office at the Charleston Digital Corridor on Meeting Street, and plans to move into the Charleston Tech Center on Morrison Drive once the new building is complete in 2020.

Though its main offices are in Ames, Iowa, developers in Charleston created the software that won the firm a mention in this year's Stevie Awards. No South Carolina company was named in this year's announcement. Workiva, which employs about 1,400 people and eight in Charleston, was named the "most innovative company of the year" in its size class.

But the software developed by the team in Charleston, Wdata, won "technical innovation of the year." It is one of the products Workiva sells to help institutions manage their data.