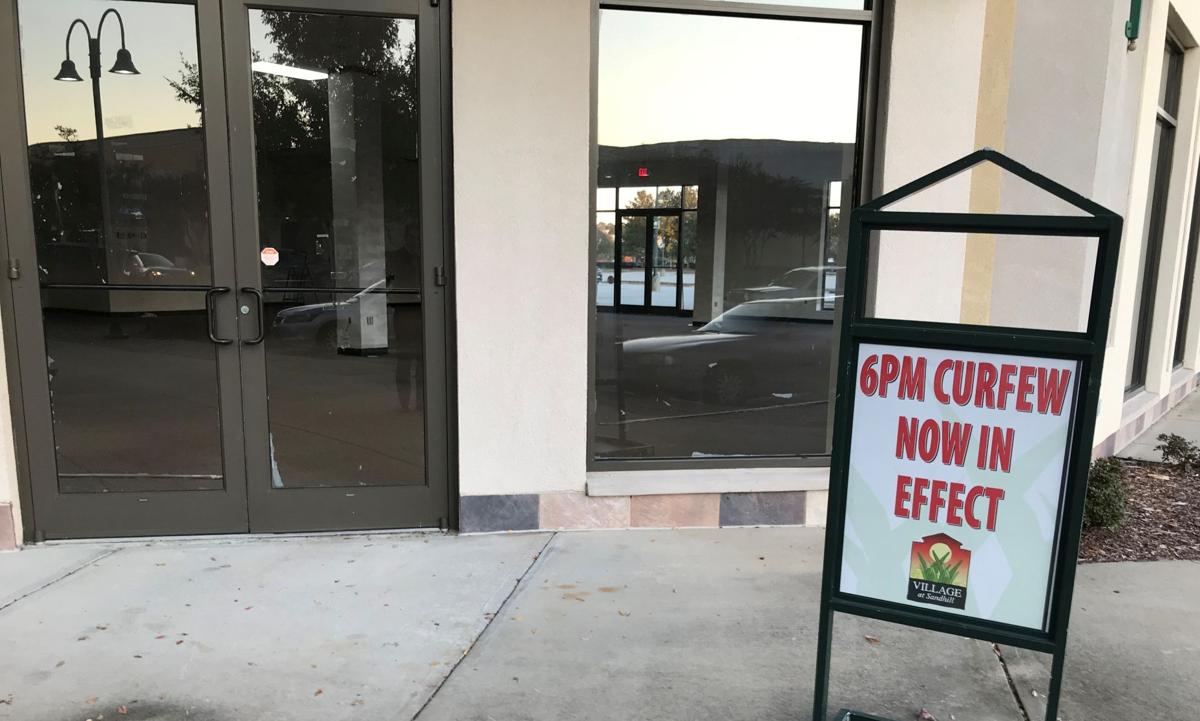 Vacant store locations and unruly teens have been issues for the Village at Sandhill in Richland County. Mike Fitts/Staff 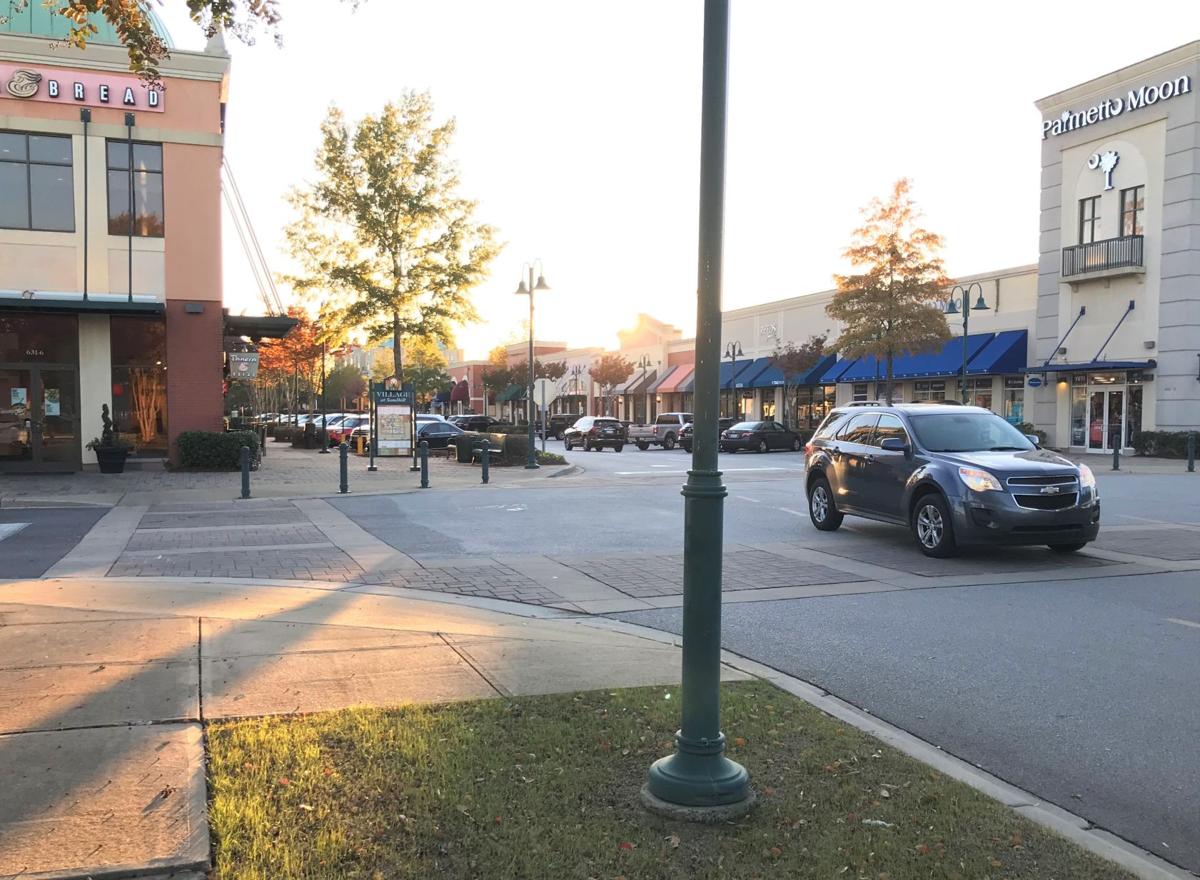 The Village at Sandhill was designed to have a walkable Main Street area. Mike Fitts/Staff

COLUMBIA — When Richland County Councilman Chip Jackson recently invited residents of northeast Columbia to talk about issues affecting the region, the concern that took over much of the meeting was the health of the Village at Sandhill, the sprawling outdoor mall where the event took place.

Jackson noticed the mall had more vacant spots than it did a year ago, so he understood the concerns of neighbors. The Village, with its 1.3 million square feet of retail space spread across 300 acres, is more significant than the standard strip mall for the county's economy, he said.

Jackson wants to make sure that such a major hub of Columbia's retail scene is thriving.

"I don't want to sit around and wait," Jackson said.

Those involved in finding more tenants have hope. For the past year, a new manager has begun representing a majority of the sprawling complex's retail space, believing that it is poised for a revival after years of being stuck in neutral.

Built in the early 2000s, the Village was designed as a shopping and dining complex that would act as a centerpiece for the fast-growing area of Richland County, complete with its own version of a Main Street.

Sandhill, as locals call it, includes a movie theater, a sports complex and apartments above some of the storefronts. Belk, J.C. Penney and Academy Sports remain anchors.

But the Great Recession dealt the mall a blow from which it has been slow to recover, as its initial owner and developer, Alan Kahn, saw sections of his vast property slide into foreclosure.

Eric Frankel is a vice president with new leasing managers Lexington Realty International of Lakewood, N.J., that specializes in taking stagnant retail centers such as the Village and finding new life for them. He said the physical structure of the mall is appealing to tenants.

"Sandhill is one of the most beautiful centers we've taken on," Frankel said.

Some deals likely will be announced in the coming months, said Patrick Palmer, director of retail for NAI Columbia real estate, who has listings for much of the property there.

The portion of the mall managed by Lexington has been a little below 80 percent occupancy. The company's goal is to push that above 90 percent, Frankel said.

Winning new tenants requires a sustained and repeated effort, Frankel said. That's not likely to happen when the space is tied up in a foreclosure.

The bankruptcy issues that have tied up much of the property have made it much more difficult for the mall, both in maintenance and in landing additional tenants, Palmer said. When a property is in foreclosure, tenants often don't know who to call when an issue needs fixing, Frankel said.

It's also very tough to get new tenants to sign a deal. There's little incentive for owners in such situations to pursue new tenants because they won't get to use the proceeds.

"It's a ship without a captain," Frankel said.

Those deals are important to make, Frankel and Palmer said, to keep up with the current price for retail space and to offset the high property taxes of Richland County since much of the property in the capital city is government- owned and off the tax rolls.

Sandhill was granted a revision of its property values to lower its tax assessments, an important step to be competitive, Palmer said.

While there are a lot of small-shop vacancies at the mall this year, those spaces might actually be easier to find new tenants for than the big-box vacancies.

Even potential big retailers, such as Kohl's, want to have less square footage than they once needed, Frankel said.

Another issue that comes up, especially with big-box retailers is exclusion clauses, when a current tenant has a contract clause that keeps their competitors from coming to the same mall. That issue has cropped up recently as the managers sought to bring in more tenants, Palmer said.

The open-air design of the Village works much better for retailers than enclosed malls, Palmer said. Retailers want to have some street visibility for their stores rather than to merely face the interior of an enclosed mall.

Another major benefit for the Village: the Regal movie theater continues to be a draw for visitors, and the areas near the theaters have kept more of their tenants than the other retail space.

With movies, however, come late-night crowds, and that has been a problem, especially with groups of unaccompanied teens.

During the summer school break, Richland County Sheriff's deputies made a regular practice of visiting the Village to handle groups of teens getting into trouble, Sheriff Leon Lott said.

At least one of those visits to handle youth crowds would end up nationally broadcast on "Live PD," the cable TV show that follows law enforcement officers on patrol.

Too many parents are letting the mall act as their babysitters instead of supervising young people under age 16, the sheriff said.

"It was overwhelming with the number of calls we were receiving," said Lott, who noted the issues have been improving in recent months.

The Village leaned heavily on national retailers to thrive and those were hit hard during the recession, said Darnall, who is familiar with the Village but does not manage it. The departure of national shops triggered others to leave the complex. Local and regional fashion brands have done better and could be key for the Village going forward, he said.

"It has to offer up a unique experience when we go in," he said.

Columbia's Harbison retail district continues to build on its own success, with many national merchants looking there first for a site in the Midlands.