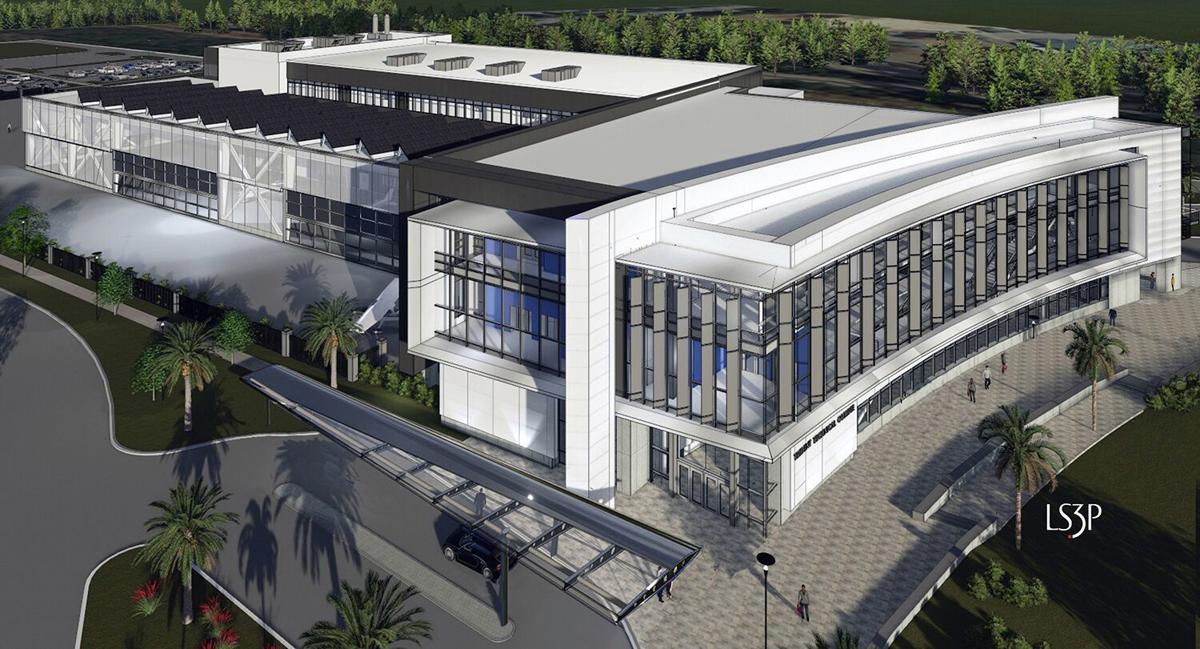 A rendering shows the South Carolina Aeronautical Center that will be used to train students at Trident Technical College in North Charleston. Provided/LS3P Associates Ltd. 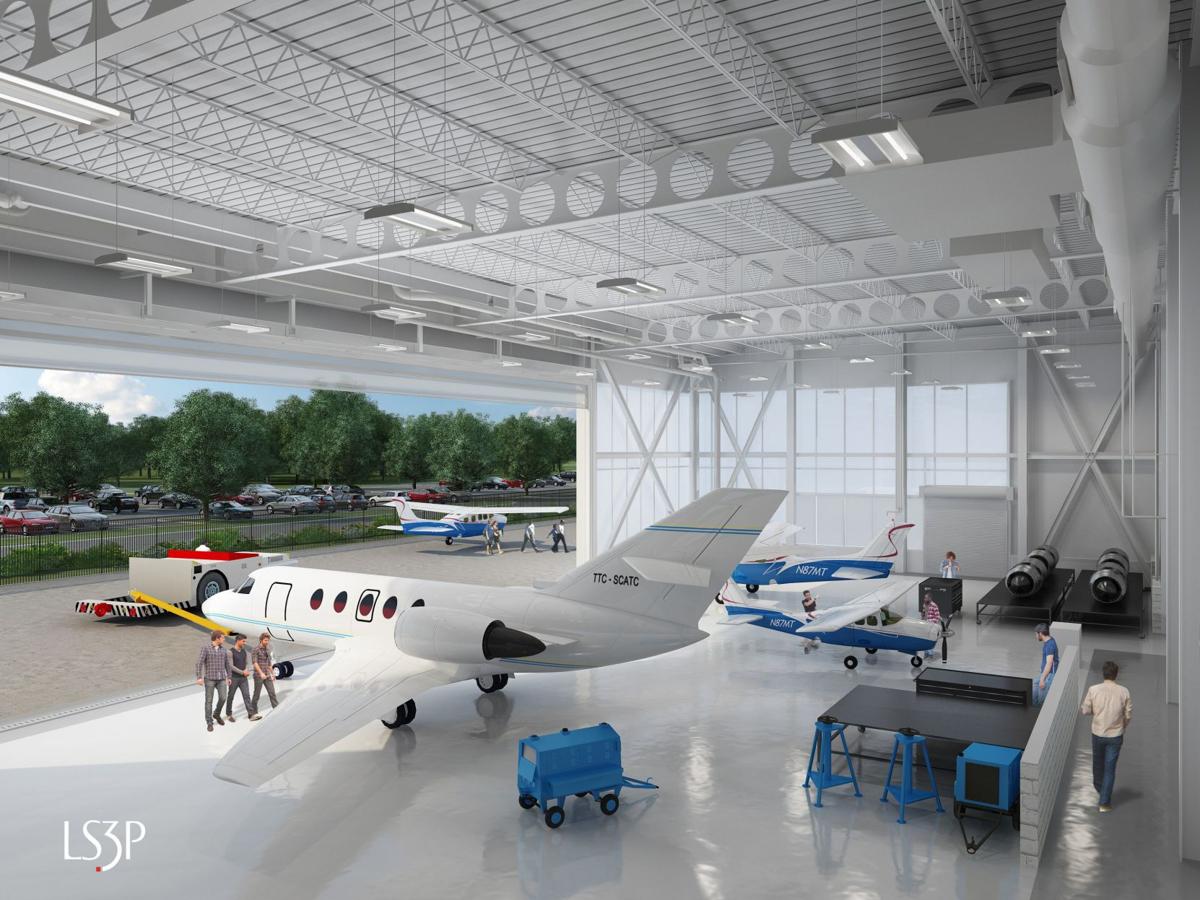 A rendering shows the South Carolina Aeronautical Center that will be used to train students at Trident Technical College in North Charleston. Provided/LS3P Associates Ltd.

The $80 million S.C. Aeronautical Training Center will house the college's programs in aircraft maintenance and assembly as well as advanced manufacturing classes and will be a training site for Boeing Co.'s 787 Dreamliner assembly campus in North Charleston.

The three-story teaching site off Rivers Avenue also will be used for continuing education classes in fields such as automated manufacturing and robotics.

The center "will not only allow us to meet the demand for skilled workers but will help spark an interest in the next generation of South Carolinians to pursue a career in the aerospace field," Mary Thornley, the college's president, said in a statement.

The center is on 25 acres at Trident Tech's main campus in North Charleston. The 218,000-square-foot project includes 22 classrooms, 25 specialty labs, six flex-space labs as well as offices, meeting spaces and a catering kitchen. It also will have two large aircraft hangars to house aviation training equipment.

Once the center opens, it will consolidate classrooms and labs that are now spread out over five buildings and two campuses. The new building will be able to accommodate more than 5,300 students.

A combination of local, state, federal and private dollars is funding the project. That includes a $6 million gift from the family of Anita and the late Jerry Zucker. Anita Zucker is CEO of Charleston-based The Intertech Group, a family owned holding company that has interests in the aerospace industry.

The state Department of Commerce also plans to promote the center as an incentive for other aerospace firms and suppliers to locate in South Carolina.