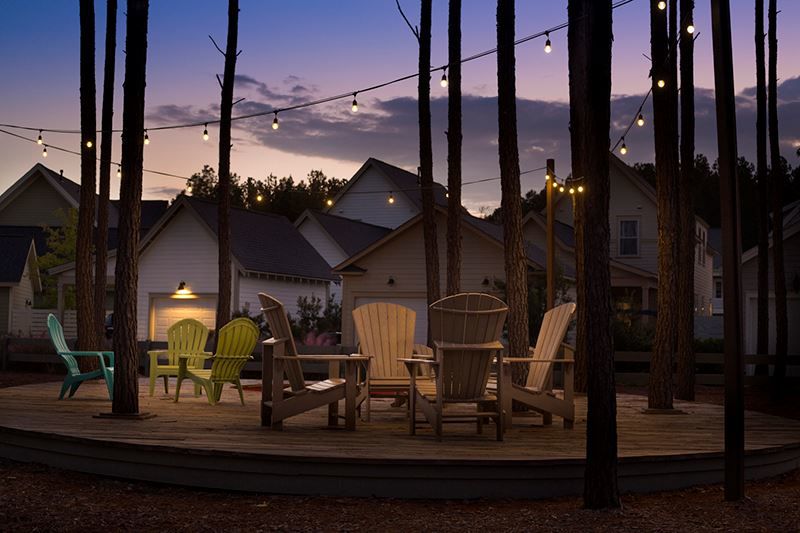 In the large master-planned community of Nexton, there are more than a few gathering spots for residents. Photo/Nexton. 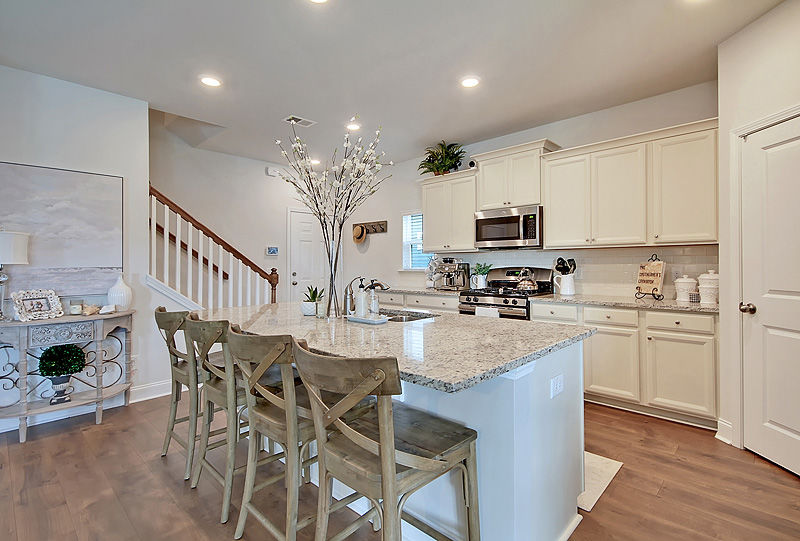 Newer homes like this one at 188 Calm Water Way in the master planned Cane Bay Plantation neighborhood have diversified the population of Berkeley County while also helping to raise property values. Photo/Martin Freeman Group. 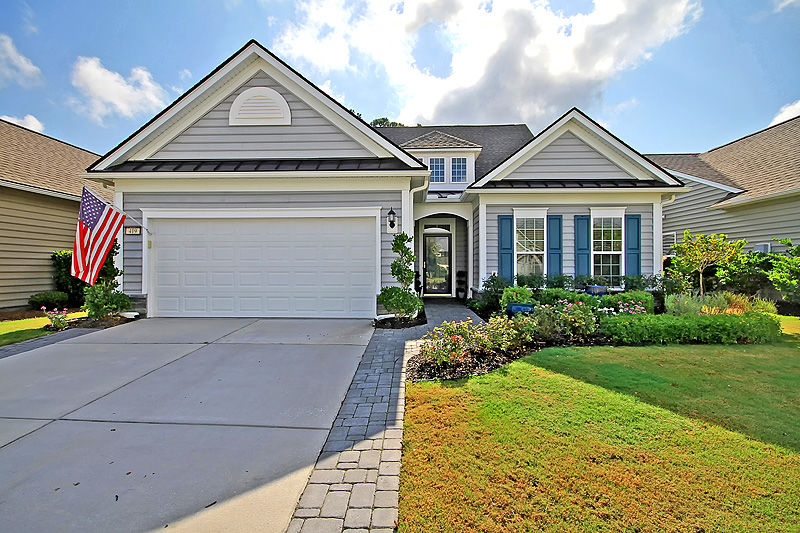 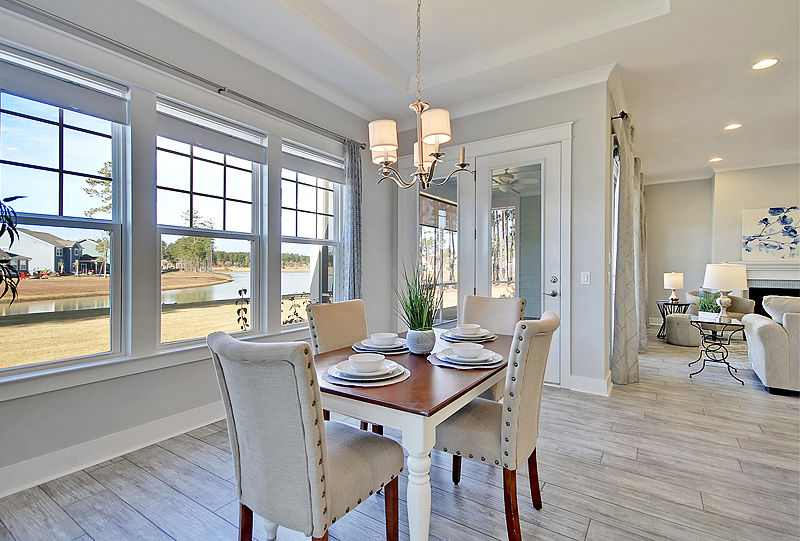 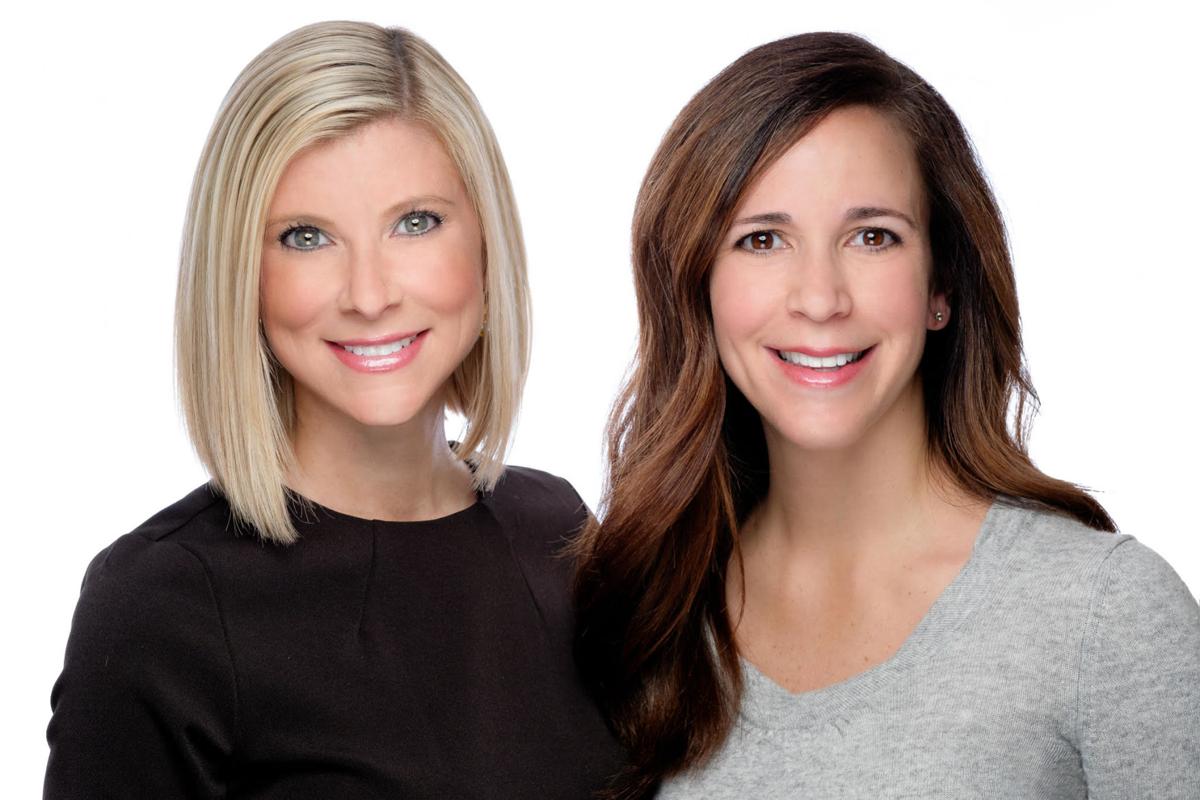 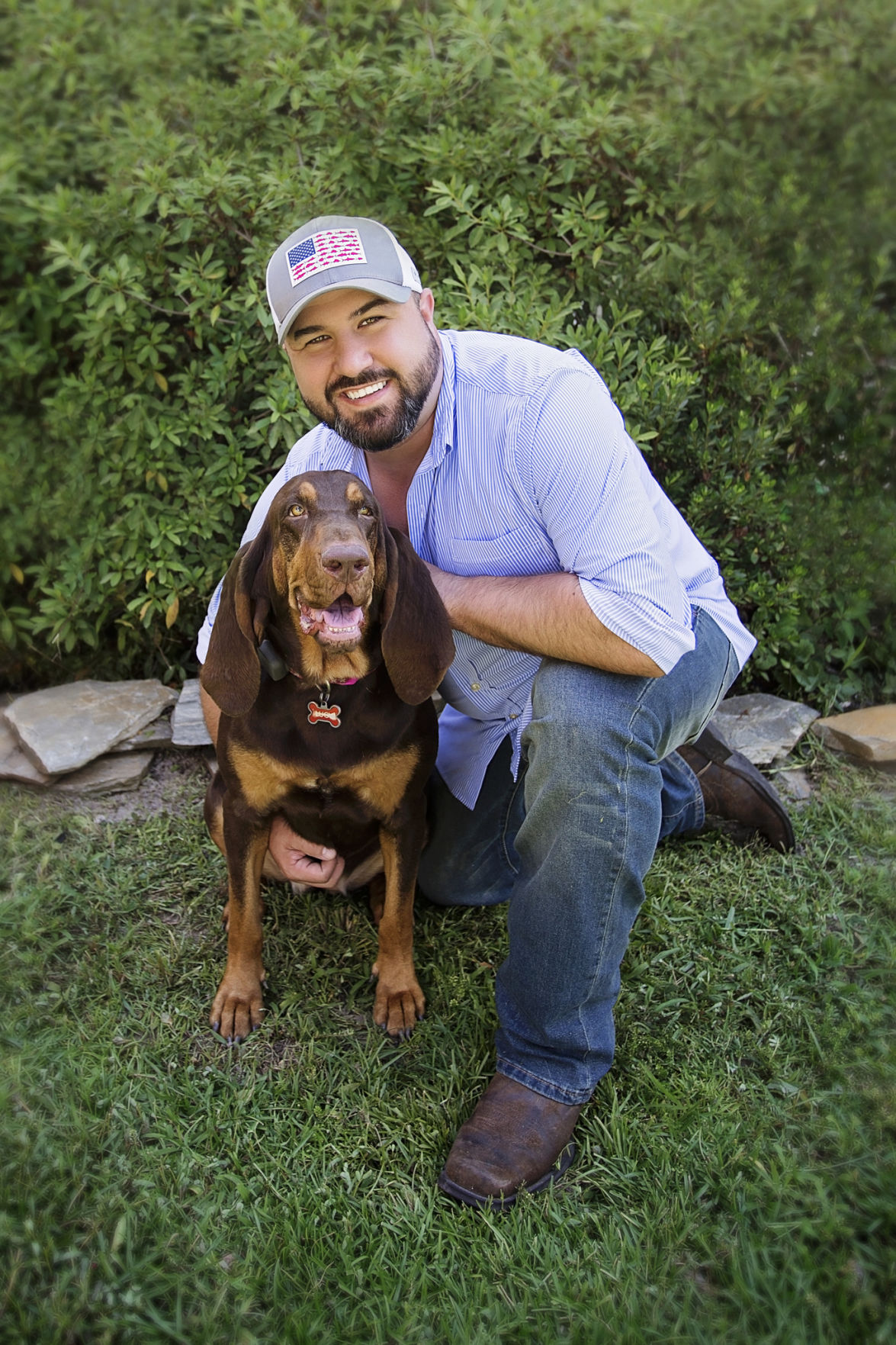 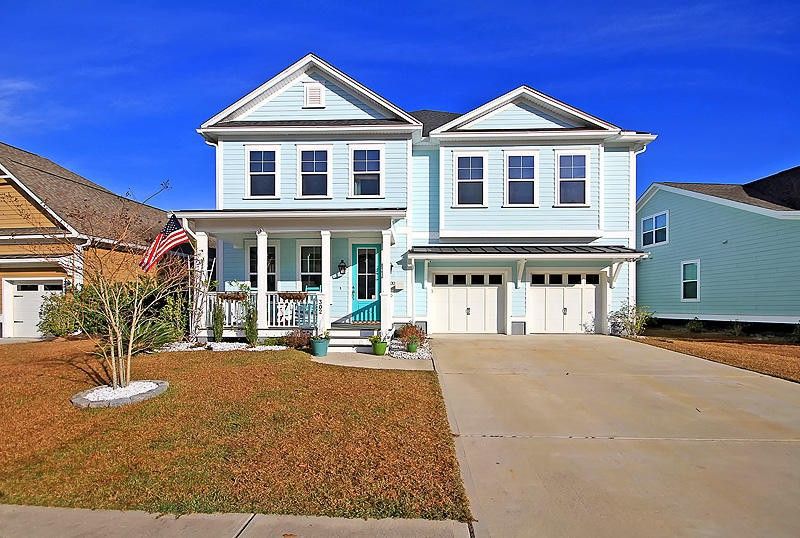 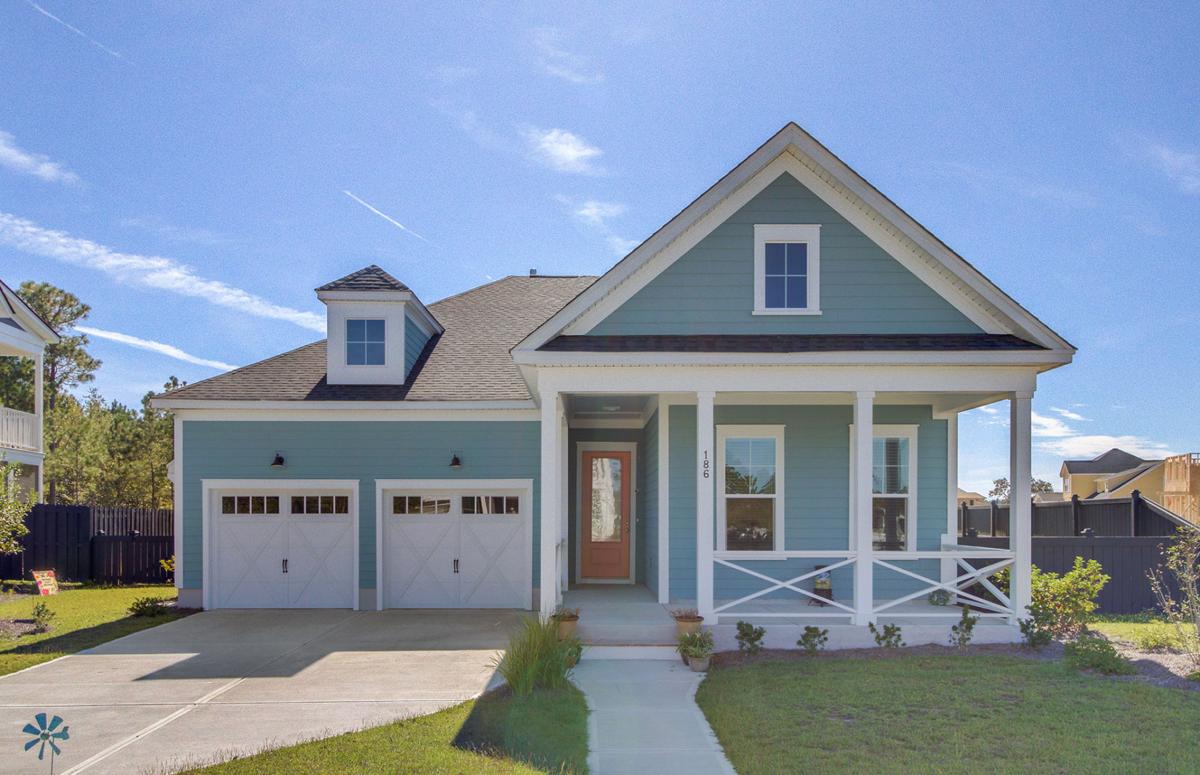 This three bedroom home at 186 Callibluff Drive is in the Carnes Crossroads neighborhood and has 2,113 square feet. List price: $364,900. Photo/Monterra LLC. 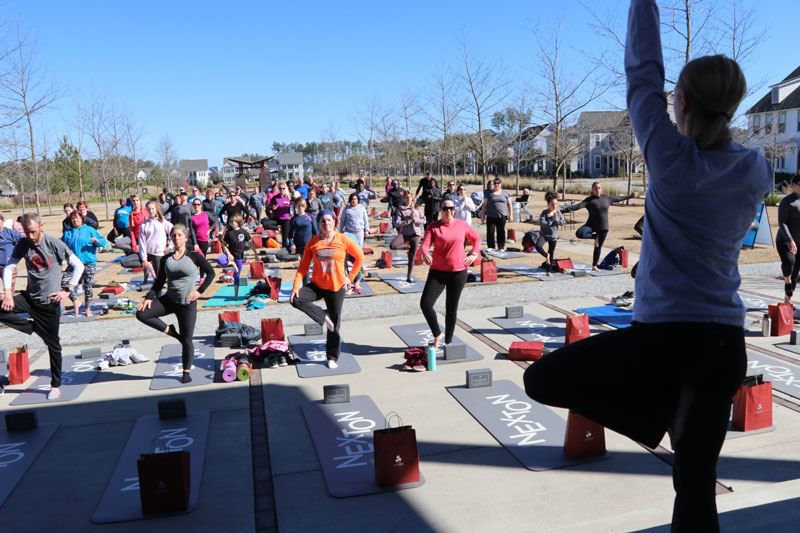 The Nexton community hosts several events such as yoga classes on their expansive green spaces for residents. Photo/Nexton.

In the large master-planned community of Nexton, there are more than a few gathering spots for residents. Photo/Nexton.

Newer homes like this one at 188 Calm Water Way in the master planned Cane Bay Plantation neighborhood have diversified the population of Berkeley County while also helping to raise property values. Photo/Martin Freeman Group.

This three bedroom home at 186 Callibluff Drive is in the Carnes Crossroads neighborhood and has 2,113 square feet. List price: $364,900. Photo/Monterra LLC.

The Nexton community hosts several events such as yoga classes on their expansive green spaces for residents. Photo/Nexton.

There was a roundabout, and then a dirt road. That was the extent of Cane Bay Plantation when Britt Freeman and Lindsey Martin started selling the Berkeley County community in 2007.

“It was definitely a bit of a gamble,” recalls Freeman, now partners with Martin in the Summerville-based Martin Freeman Group. “We had an idea of some of the commercial (real estate) that was coming out there, but it was truly more of a hope that it was all going to happen. We were presenting a vision of what it would develop into, and It surpassed even what we could have imagined.”

It was the beginning of a transformation. Although master-planned Daniel Island (technically part of the city of Charleston) had existed at the county’s southern tip since the 1990s, the rest of Berkeley remained the same sleepy, mostly rural place it had been for decades. But the arrival of Cane Bay, followed by successive master planned communities Nexton and Carnes Crossroads, turned Berkeley into a burgeoning population center that’s now at the heart of the region’s manufacturing resurgence.

“I remember when there was a two-lane road in front of Sangaree, before the Walmart was even there,” said Ron Saunders, managing principal of Summerville-based Monterra Realty. “That was all a farm. Where The Home Depot is now, that was all a farm. A couple of builders tried to put up six or seven houses at a time, but nothing really took. But now, it’s growing incredibly.”

And from a real estate standpoint, it’s turned Berkeley into one of the Lowcountry’s more diverse counties. There are master planned communities offering everything from starter homes to 55-plus communities, high-dollar properties on Daniel Island, established neighborhoods like Crowfield Plantation, and still-rustic corners offering open land and distance from neighbors.

And with the area so close to the region’s major manufacturers, Berkeley shows no signs of slowing down—particularly in the newer master planned communities that could ultimately contain over 23,000 homes between them. “As long as the demand is there,’” Saunders said, “the trend is going to continue.”

A dream of what could be

Martin and Freeman have seen the transformation firsthand—both sold Del Webb before becoming the first agents to sell in Cane Bay, back when it was little more than a concept off Highway 176. “The general consensus of everyone who came through the door was, ‘Where are we?’” Martin said. “Back in those days, there was nothing developed on that side of I-26. We were building a dream of what could be.”

The model worked. Cane Bay consistently ranks in the top 20 in sales among master planned communities nationally, paving the way for Nexton and Carnes Crossroads to follow. Their impact is evident in the number of single-family detached homes sold in Berkeley County, which more than doubled between 2012 and 2019, according to the Charleston Trident Association of Realtors. And although manufacturing jobs drive much of that activity today, Cane Bay took root a few years before Boeing landed in North Charleston to ignite the region’s employment boom.

“There was just an opportunity there,” Freeman said. “In the general Tri-County area, you don’t find many land opportunities that are 4,300 acres. You just don’t. There was a vision (by developer Ben Gramling) to have this large master planned community with its own school system, but there were only so many places where you could do it.”

Saunders, a Summerville native, remembers locals having their doubts when Cane Bay broke ground. “People definitely thought they were a bit nuts,” he recalled. But the concept took off because “the land was there, the land was cheap, and the taxes were cheap,” he added. “Local businessmen and councilmen thought, ‘What can we do to bring in money and drive up (real estate) value?’ And plus, it’s only 25 minutes from Charleston.”

As a result, many Berkeley County residents outside the master planned communities have seen their property values rise as real estate in the area has become more in demand. And the face of Berkeley County has changed, too—once primarily blue collar beyond Daniel Island, it’s become more diversified due to the influx of skilled manufacturing workers, executives, and retirees.

“That diversification has helped everyone living there,” Saunders said. “It helped the blue collar folks who maybe couldn’t afford very much in the beginning, but saw their property values boosted by these new neighborhoods, and now can afford something nicer for themselves. I think it’s been helpful all the way around.”

With its larger lots and golf course, Crowfield Plantation is among those more established Berkeley communities offering a change of pace from the likes of Nexton and Cane Bay. “I think some people appreciate that it’s a more mature neighborhood, and that every single house doesn’t look the same going down the row,” Martin said. “I think it depends on who you’re talking to. At the same time, there’s value in something like Cane Bay that’s new.”

First-time homebuyers, Freeman added, are less likely to want older properties “where there’s the likelihood for unexpected expenses.” The master planned communities fill that gap in Berkeley County, while also offering more affordable alternatives than in other parts of the Charleston region—even though the county’s average sales price for a detached single-family home was $311,365 in December of last year.

Then there are people who want to get away from it all. “I’m getting clients who moved into Cane Bay and loved it, but are now saying, ‘Ron, I want land. Find me land,’” Saunders said. There are still pockets around Moncks Corner and near Ridgeville where buyers can find some space, although prices go up as you get closer to Lake Moultrie.

But it’s the master planned communities driving Berkeley County real estate, and their popularity has brought challenges like increased traffic and full schools. Solving those infrastructure trials will be key in determining how far Berkeley’s new frontier can go.