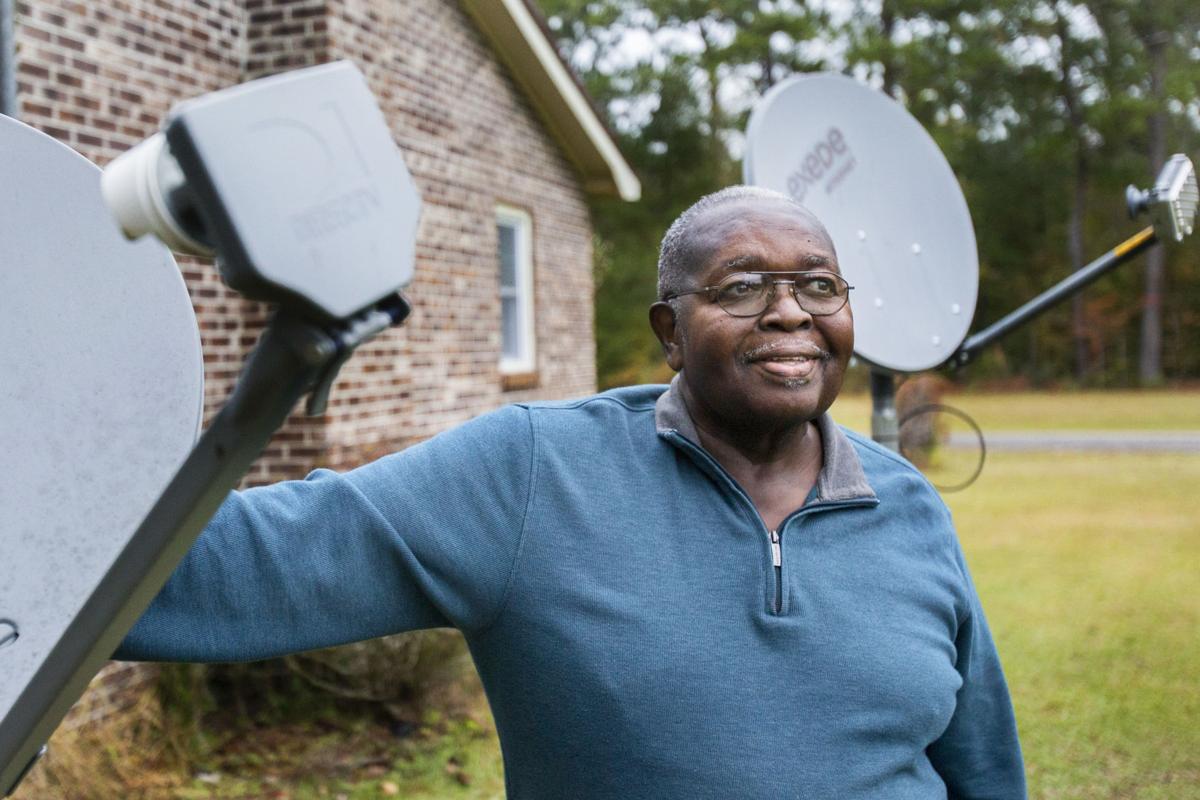 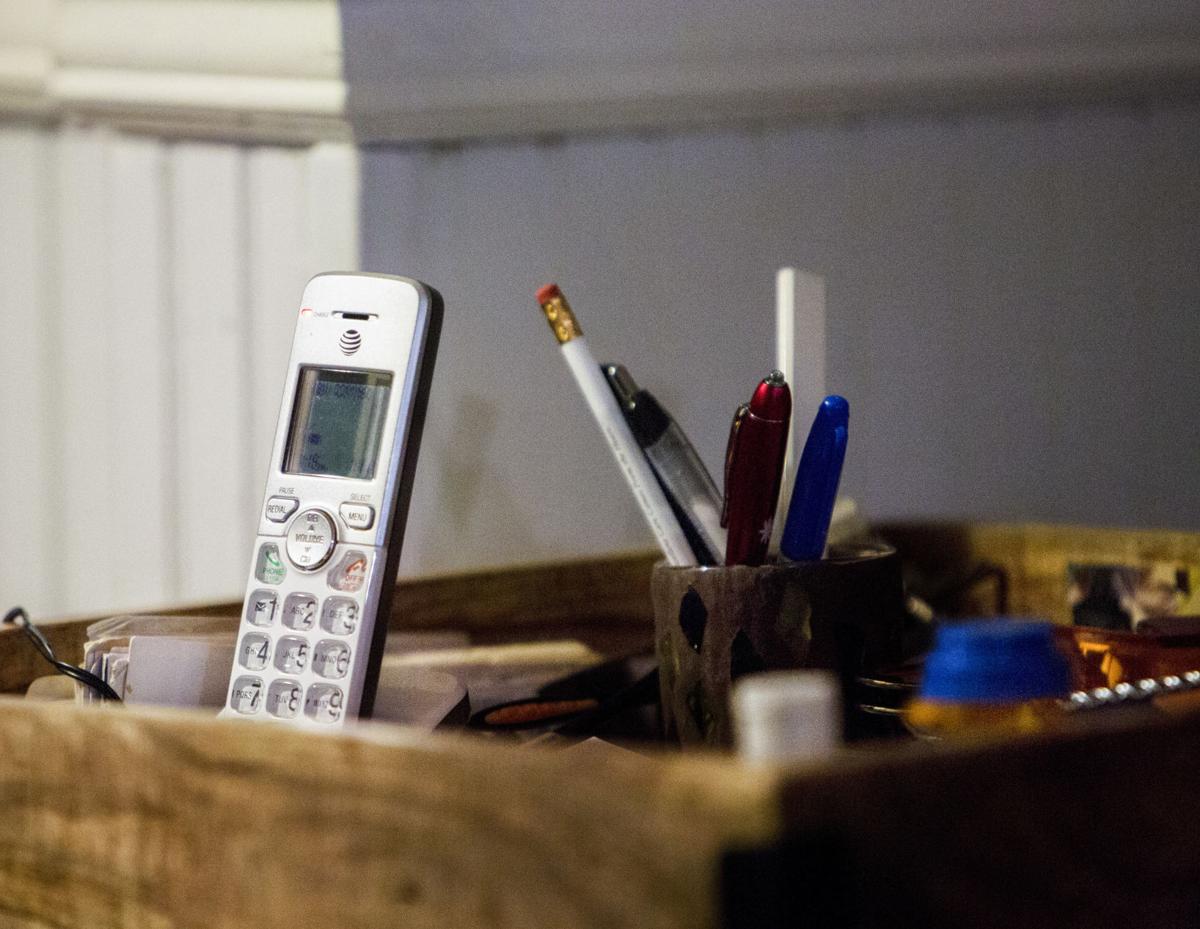 Jimmy Young of St. Luke in Georgetown County lost telephone service for nearly a month after faulty equipment from Frontier Communications malfunctioned. Young had difficulty reaching 911 for medical help in October after his blood pressure dropped to low levels during the telephone outage. Gavin McIntyre/Staff

A nearly monthlong telephone outage in a small Georgetown County town could lead to one of South Carolina's largest telecommunications companies losing millions of dollars in state funding.

Frontier Communications left homes in St. Luke, a tiny community 20 miles north of Georgetown, without phone service throughout most of October.

As a result, the outage is now being investigated by the Office of Regulatory Staff, South Carolina's utility watchdog agency.

Half of South Carolina's rural 'Promise Zone' doesn't have Internet access. It has a plan to get it.

Attorneys with the agency asked the S.C. Public Service Commission this month to halt payments that Frontier receives through the state Universal Service Fund — money that is given to phone carriers to help ensure reliable service.

Frontier, which is headquartered in Connecticut, is the largest beneficiary of that state funding. It currently receives roughly $6.6 million annually from the state to help keep telephone lines up and running.

The assistance is supposed to be used by the telecommunications companies in South Carolina to purchase replacement parts, cover the salaries for technicians and pay for call center employees who answer customer complaints.

But the extended outage near Georgetown now has the Office of Regulatory Staff questioning if Frontier is properly maintaining its phone lines and using the state money for its intended purposes.

“Frontier has used the support it has received from the South Carolina Universal Service Fund for the purpose intended by law — making affordable telephone service available to our South Carolina customers," the company said in a written statement. "Frontier will cooperate with any audit of the Company’s use of those funds.”

The utility watchdog agency plans to open an investigation into Frontier and audit all of the money the company received from the state in recent years.

"South Carolina should not continue to support Frontier's operations through the (Universal Service Fund) until Frontier demonstrates it is utilizing the support appropriately," the Office of Regulatory Staff wrote this month.

Frontier's delays in restoring phone service to the homes in St. Luke could have cost Jimmy Young his life.

On Oct. 27, he was sitting in his living room when he began to feel his blood pressure drop. It's a common occurrence for the 74-year-old grandfather of 10 who is battling heart failure and cancer.

His home phone was on the table next to his recliner. But by that point the landline had been dead for more than two weeks as Frontier tried to figure out how to solve the outage.

Young reached for his cellphone and dialed 911. He knew his cell service was hit or miss. But he needed to get an ambulance dispatched before his blood pressure dropped too far and he passed out.

His call was initially routed to the wrong location, and by the time he was connected with emergency dispatchers in Georgetown County, his cellphone service was skipping in and out. The only thing he could do was keep repeating his street address, hoping emergency dispatchers could make out his words.

"It's hard for me to tell you now how long it was. It seemed like it was forever," said Young, a former steelworker.

His wife, Lottie, was attending the Sunday service just down the road at Church of God and True Holiness. Neighbors told her that an ambulance was outside her house. She rushed home with other members of her family.

By the time the paramedics arrived and were lifting him onto a stretcher, Young said his blood pressure had come back up. But he worries it could have turned out far worse.

"The tragedy is how hard it was for me to get into touch with 911," Young said.

Young believes the nearly monthlong telephone outage is representative of a larger problem. It highlights the disparities that exist between urban and rural South Carolina.

Frontier's phone service has been unreliable for years, he said. St. Luke and the surrounding stretch of Georgetown County barely get a cellphone signal, and the wireless internet service Young pays for frequently goes out.

"They've got to get service out here to us," Young said.

The Office of Regulatory Staff said the outage in St. Luke was worsened by the fact the Frontier lines running to the community were decades-old.

The connection was maintained with aging copper wires, instead of the fiber optic lines that have been installed in cities across the country.

The company's initial attempts to restore service failed, according to the S.C. Office of Regulatory Staff, because some of the equipment was "so old Frontier could not obtain parts."

"Frontier indicated the network equipment that caused the extended outage was antiquated, no longer supported by the manufacturer, located in a remote area, and 'had run its course,'" the Office of Regulatory Staff wrote.

The company eventually shipped in replacement parts and fixed the problem. It also credited the customers bills.

But by that point, Young and other residents had already complained to Rep. Carl Anderson and Sen. Ronnie Sabb, two Democrats who represent the St. Luke area in the S.C. Statehouse.

The state lawmakers' inquiries led to the pending investigation. Now, the Office of Regulatory Staff plans to explore whether Frontier redirected its state funding for other purposes other than maintaining its system.

Frontier is a publicly traded company, and operates in more than 29 states. But, in recent years, it's stock price has fallen from more than $80 per share to less than $1.

Last year, its phone utilities lost more than 10 percent of their revenue, as customers continued to abandon landlines. Those losses cost the company $295 million.

Frontier could now lose even more if the seven utility regulators on the S.C. Public Service Commission decide to strip the company of the more than half a million dollars in state aid it receives every month.