The Port of Charleston has cut its long-term growth forecast as global trade slows, but still expects to outpace the rest of the world. Provided/State Ports Authority 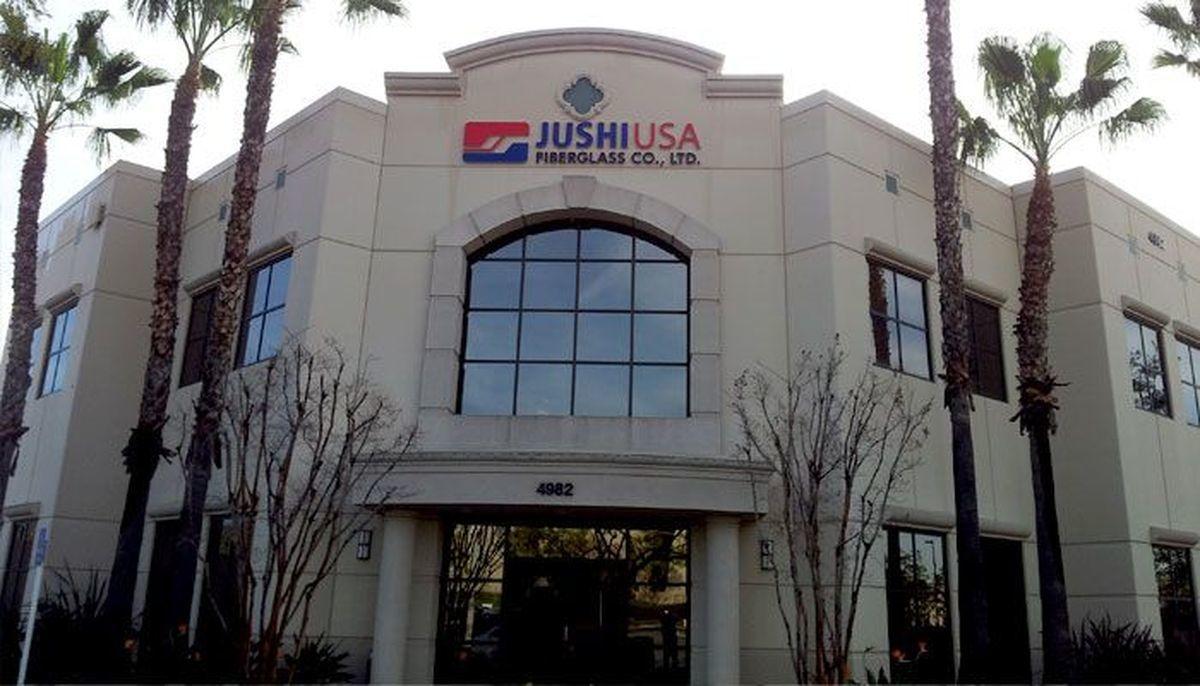 Jushi USA says tariffs will result in fewer workers and might delay construction of a second production line at its $500 million Columbia plant. Provided 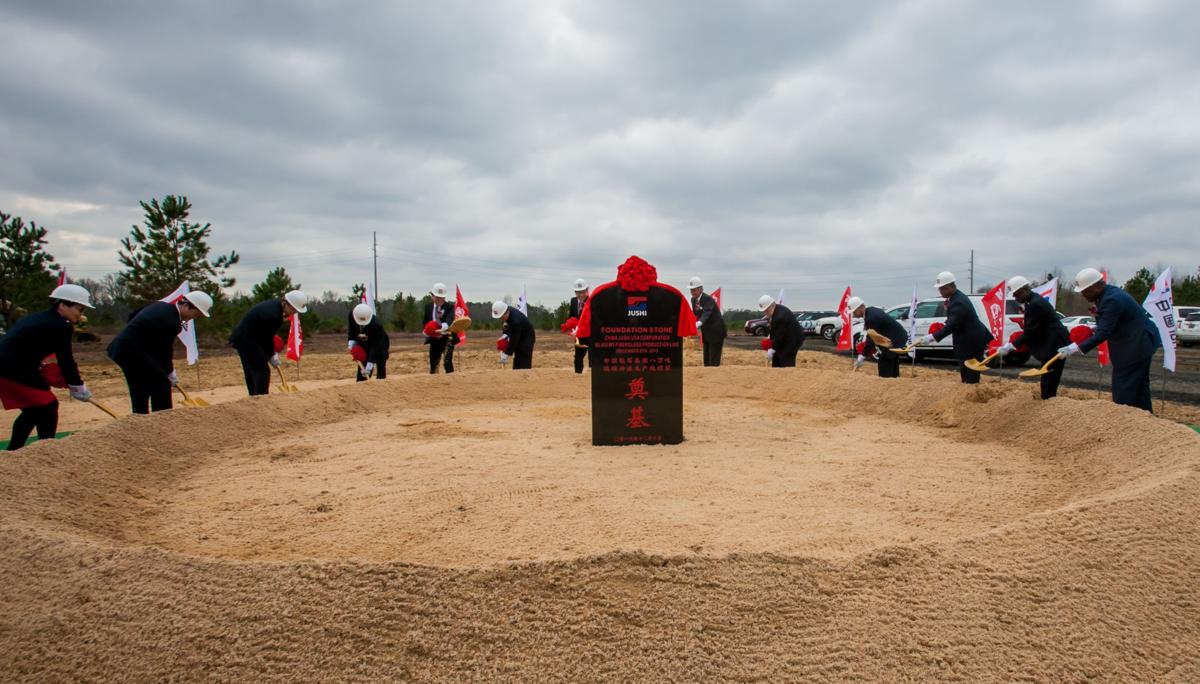 China Jushi executives and other officials break ground on the company's $300 million fiberglass operation being built in Richland County. It's projected to create about 400 jobs. Provided/S.C. Commerce Department

The Port of Charleston has cut its long-term growth forecast as global trade slows, but still expects to outpace the rest of the world. Provided/State Ports Authority

Jushi USA says tariffs will result in fewer workers and might delay construction of a second production line at its $500 million Columbia plant. Provided

China Jushi executives and other officials break ground on the company's $300 million fiberglass operation being built in Richland County. It's projected to create about 400 jobs. Provided/S.C. Commerce Department

Large manufacturing investment has dropped off in South Carolina with ongoing uncertainty over tariffs, economists and industrial recruiters say.

South Carolina's economic growth since 2010 has been largely driven by export-oriented manufacturing — disproportionately so when compared to other industries, USC economist Joey Van Nessen said.

The state leads the nation in foreign direct investment per capita. South Carolina is among the top eight states most affected by tariffs levied by the U.S. and China on each other's goods, according to a Deutsche Bank analysis.

Through the end of May, the S.C. Commerce Department announced 14 advanced manufacturing investments in the state on its website — 10 new businesses and four expansions. During the same period in 2018, the agency had announced 32 investments.

The agency averaged six announcements a month last year compared to the three or four per month average so far this year.

And potential projects already in the works are now on a “long pause” as companies ponder their ultimate decision amid economic uncertainty, said Steve Dykes, Charleston County Economic Development director.

Increased costs from tariffs levied between the United States and its trade partners and uncertainty over when they might end has companies hesitating, USC economist Bill Hauk said. The fall off in major investment mirrors earlier reports that tariffs could play a role curbing the growth rate in the state this year.

“The economy doesn’t expand as rapidly as it otherwise might have,” Hauk said.

Volvo has not expanded its new Ridgeville plant as rapidly as planned, according to NPR. The plant will ship cars to countries in the Middle East, Africa, Europe and other Pacific Asian countries, not to the Chinese market it was built for, due to retaliatory tariffs levied by the country.

Columbia-based fiberglass manufacturer China Jushi, in a letter to the U.S. Trade Representative, said it has been unable to get equipment it needs for a second production line without incurring the extra cost, causing the company to delay it and 400 related jobs "possibly indefinitely."

Jushi requested tariff exemptions for the equipment. Eight requests have been denied and one is in the third, according to U.S. Trade Representative documents. Lawyers for the company declined to comment.

If trade deals are made, Laura Ullrich, a Charlotte-based regional economist for the Federal Reserve Bank of Richmond, expects the investment announcements will ramp back up "fairly quickly."

Gregg Robinson, head of Orangeburg County's economic development organization, said site selectors are still doing prep work in his county so they'll be ready to go if and when tariffs come off. Those projects being considered are some of the biggest he's ever seen in the area — several topping the $100 million mark.

Overall in Orangeburg County project activity is down 20 percent compared to the previous year, Robinson said.

In Spartanburg, which BMW made South Carolina's mecca of international manufacturing, activity is a quarter of previous years, according to David Britt, county councilman and chairman of that board's economic development committee.

Alex Clark, spokeswoman for the state Commerce Department, said businesses are attempting to wait out trade disputes, focusing on essential investments they need to stay operating over long-term, strategic investments.

“There’s still a certain amount of new projects being taken in but the volume is down from what it has historically been,” said Dykes, the Charleston economic development director.

In the last two years, Charleston County has made 39 project announcements, two-thirds of which were expansions of existing businesses.

With what they expect to ink by the end of this year, Dykes estimates they’ll be off their deal volume by about 25 percent compared to last year. And 2018, when tariffs started, was down slightly from 2017.

"We were white hot with economic development," Britt said of Spartanburg County. "Numbers this year are down dramatically."

On average, he said the county would win over 15 to 20 of those. Going into this year, the county was eyeing only 81 projects, Britt said. And now just 31 of those are still active.

"In economic development and growth, you can't take your foot off the pedal," Britt said.

In July, the U.S. is expected to hit its longest stretch of expansion in history.

This has left analysts speculating on how long it will last, though the Federal Reserve Chairman Jerome Powell said Tuesday the central bank would make the necessary moves to maintain economic growth in the face of tariff challenges.

"It's natural to wonder when the next contraction begins," Ullrich said. "There's nothing I'm hearing that makes me overly concerned about a downturn."

Dykes thinks, psychologically, the Fed's announcement could do a lot to help stock markets but questions whether it will be enough to outweigh companies’ general feeling that the end of the growth cycle is approaching.

Van Nessen also urges that tariff effects be kept in perspective as growth in the state has happened across other industries. Low unemployment and a lack of available, qualified workers is perhaps a more wide-spread drag on growth.

"Tariffs blunt the momentum that we're experiencing, but it's not going to cause it to grind to a halt," he said. "The second half of 2019 is still looking good overall."