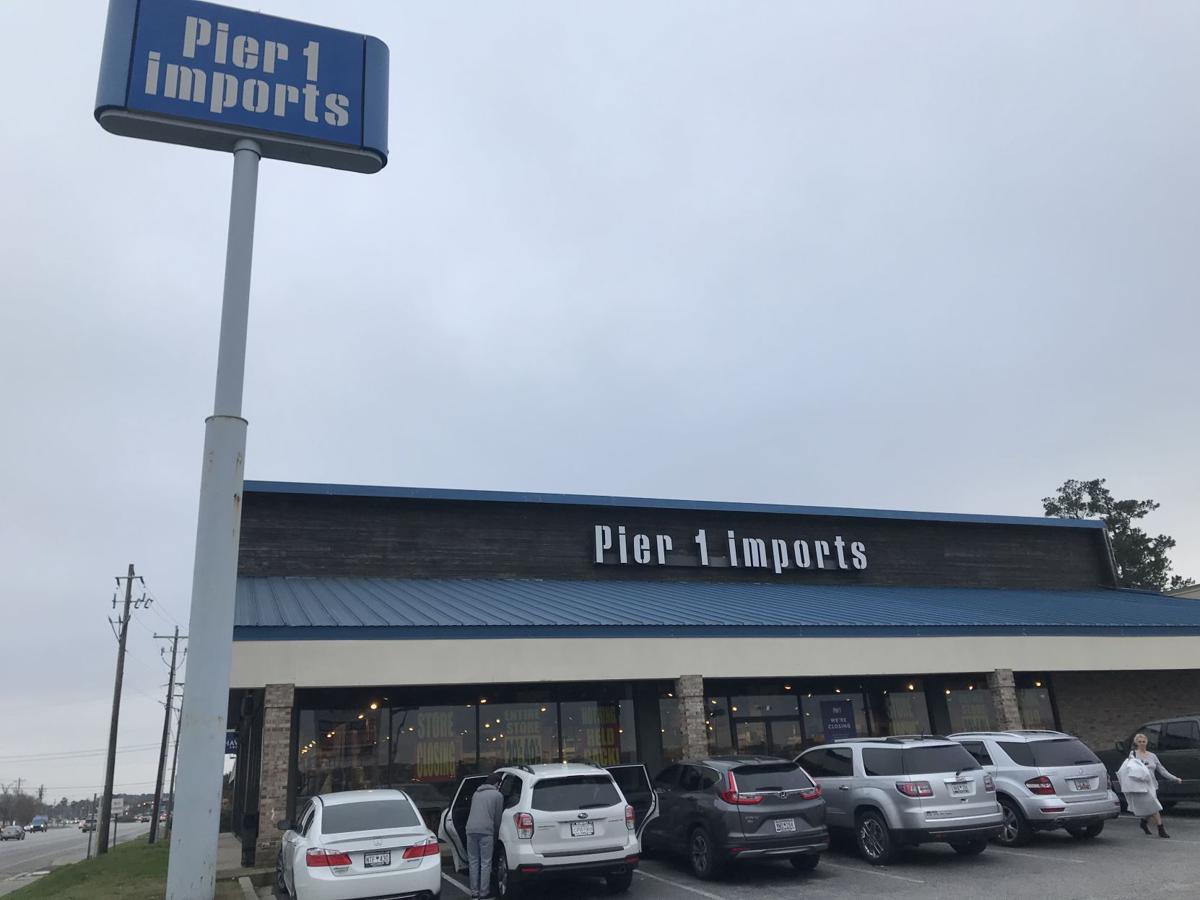 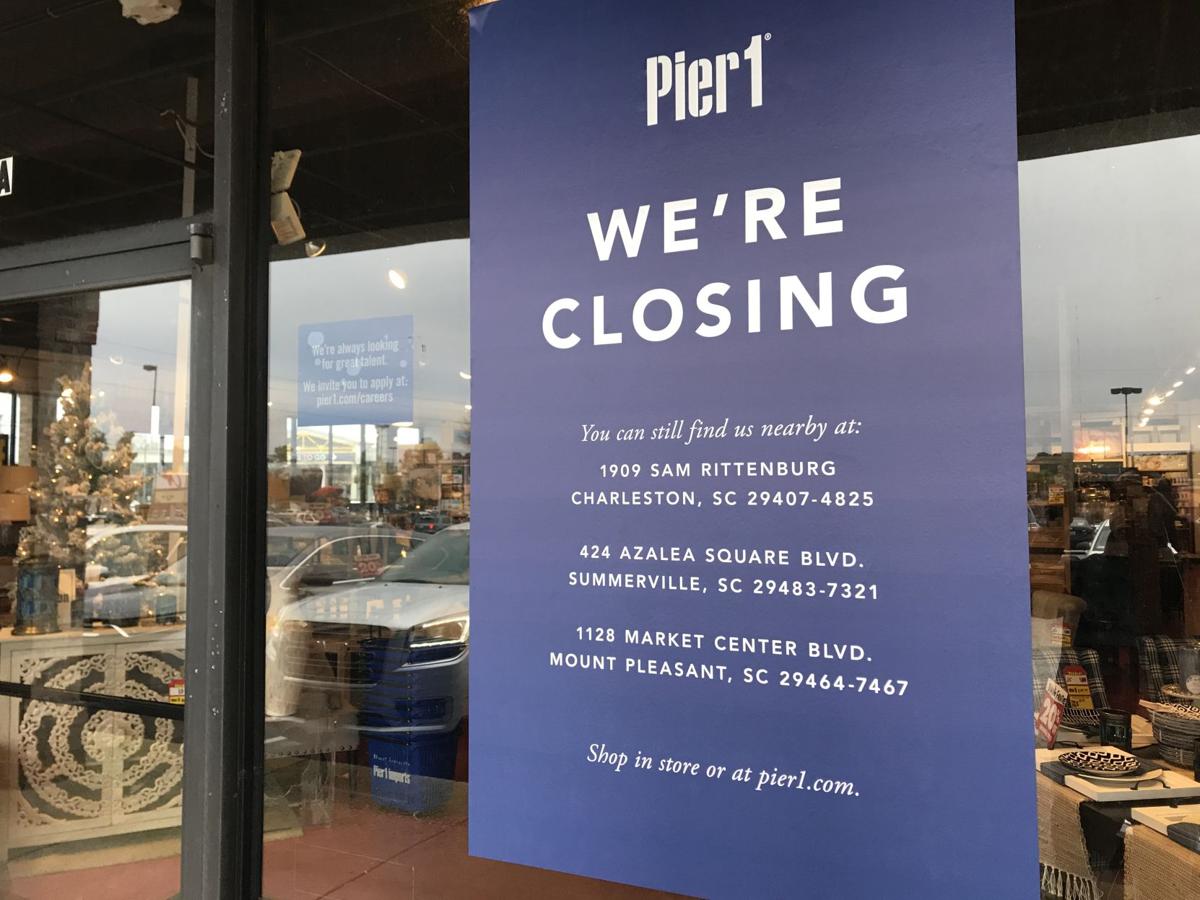 Pier 1 Imports is closing its North Charleston location, but three others in the Charleston region will remain open. Warren L. Wise/Staff 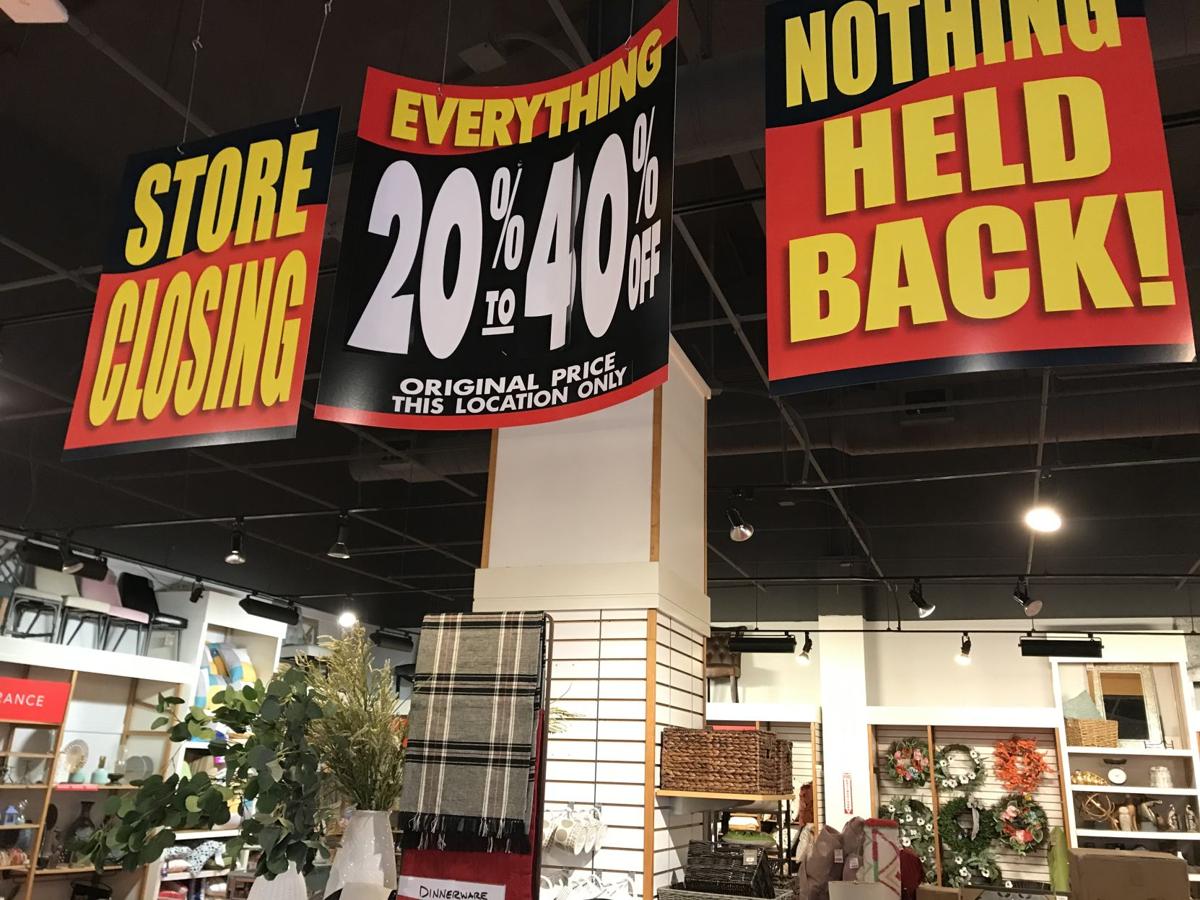 Items in Pier 1 Imports on Rivers Avenue in North Charleston are reduced to move merchandise before the store closes in February. Warren L. Wise/Staff

A distressed national home decor retailer is shuttering one of its four Charleston-area stores, and others in the Pier 1 Imports chain could see a similar fate as the company seeks to cut costs and turn around operations.

The Fort Worth, Texas-based retailer announced plans to close its longtime shop at 7643 Rivers Ave. near Northwoods Mall in North Charleston, probably by late February. Late Monday, the company said it would close 450 of its 942 stores.

A company spokesperson did not immediately respond for comment Monday about the timing, but the North Charleston store's lease expired and the company was unable to negotiate new terms with the landlord, according to Joyce Beach with the commercial real estate firm CBRE Inc., which is handling leasing for the site.

SCG-North Rivers LLC of Atlanta bought the 2.4-acre shopping center that includes Outback Steakhouse and other businesses in 2017 for $7.52 million, according to Charleston County land records. The firm is registered to John Morgan with South Coast Group of Hilton Head Island.

The nearly 10,000-square-foot store, across the street from Barnes & Noble Booksellers that will soon close to make way for discount grocer Aldi, is currently having a clearance sale.

The closing does not affect the home furnishing shop's three other Charleston-area stores in Mount Pleasant, Summerville and West Ashley, according to a sign in the door of the Rivers Avenue location.

The retailer aims to restructure out of court, in part by closing stores and using the savings to boost liquidity, Bloomberg reported.

Filing for bankruptcy is an option under consideration if Pier 1 falls short of its financial goals. The company also expects to disclose cuts in its debt load, listed at more than $300 million in its previous quarterly report.

During its September earnings call, the company said it would shutter about 70 stores in fiscal 2020, and that the number likely would increase as talks with landlords progressed.

Shares of the company fell nearly 17 percent late Monday to $5.18, down from $31 last February, after Bloomberg reported the company could shed 40 percent of its headquarters staff, or about 300 workers, and has drafted a bankruptcy plan.

The retailer doesn’t own much property, with Pier 1 leasing its corporate headquarters, stores and almost all of its distribution and fulfillment centers, according to its annual regulatory filing.