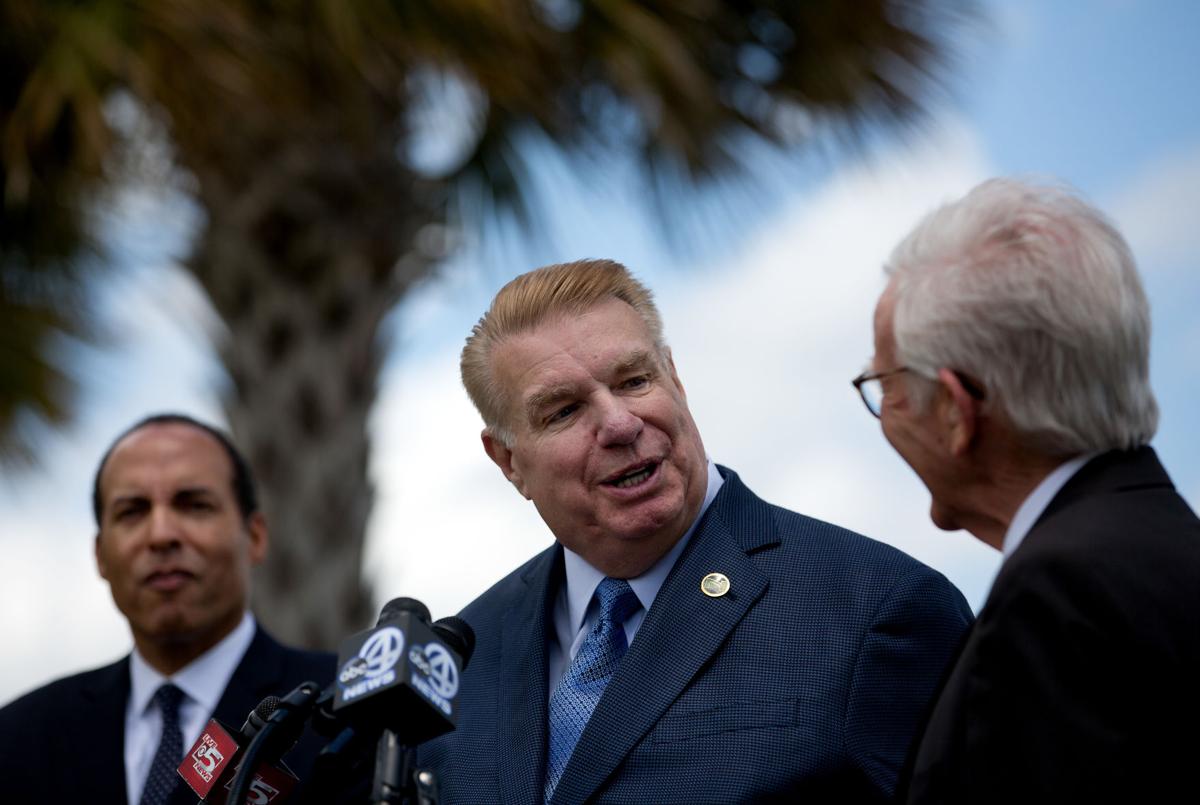 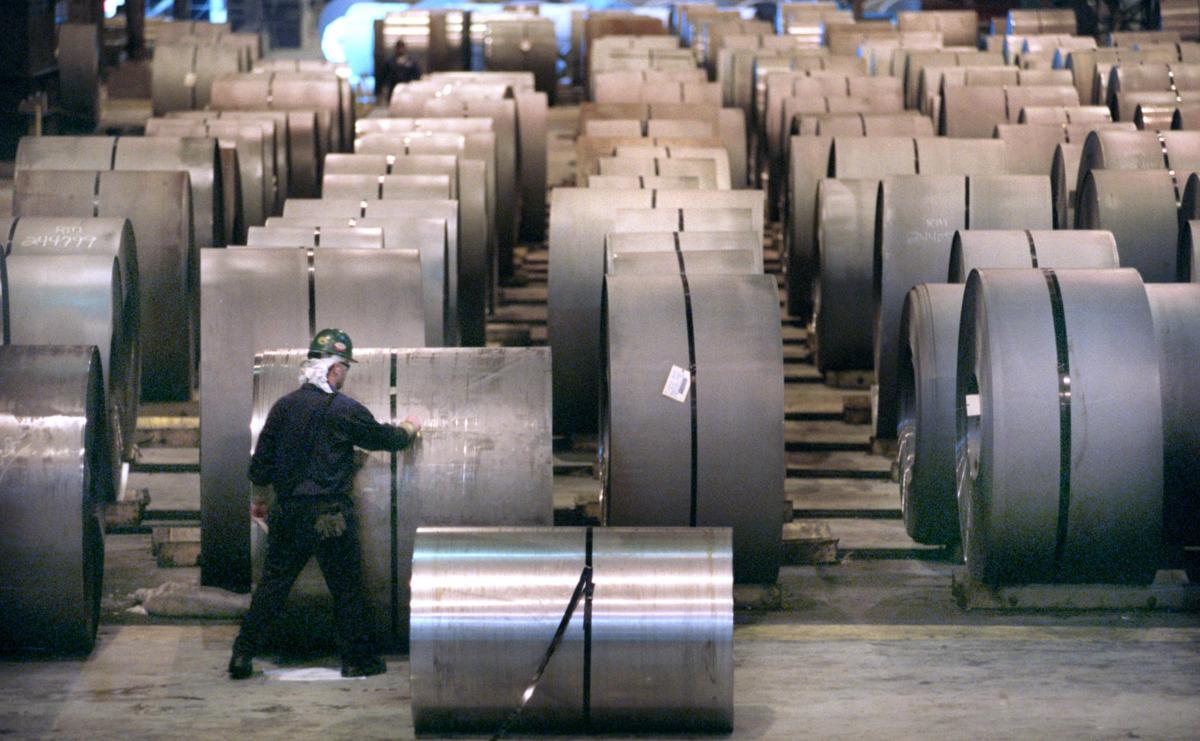 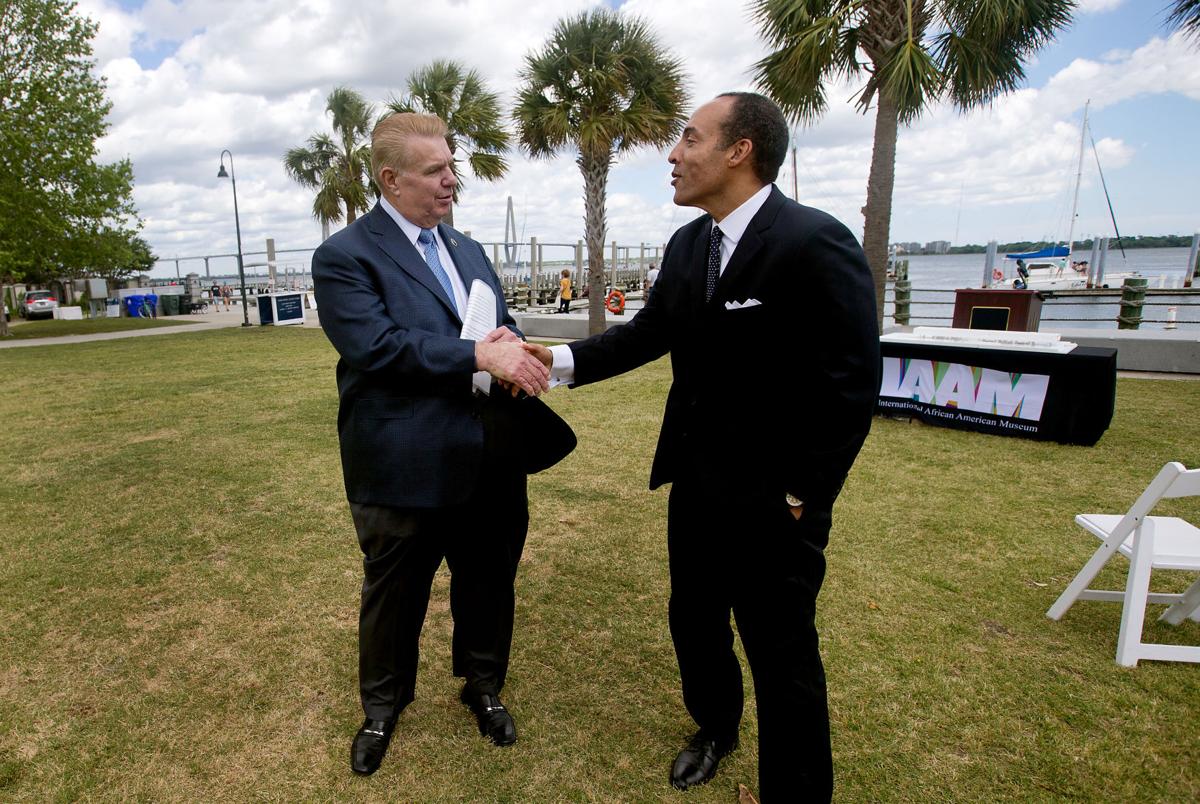 The company's gift will be split evenly between a cash contribution and an in-kind donation.

Nucor is a Fortune 500 company based in Charlotte with a large mill off Cainhoy Road in Berkeley County. Its steelmaking operations employ 26,000 workers, including about 2,000 in South Carolina.

Museum officials and representatives from the company announced the pledge Friday at the museum's future site. The waterfront parcel, which is between the city's Maritime Center and Dockside condominium tower, was once part of Gadsden's Wharf, one of the most active sites during the U.S. slave trade.

The museum's design, which is elevated off the ground by 18 pillars, requires a large amount of steel.

Nucor's contribution will be recognized in the museum's Atlantic Connections gallery. Overlooking Charleston Harbor, the gallery, which former Charleston Mayor Joe Riley described as "one of the most prominent spaces" in the museum, will focus on the transatlantic slave trade.

Ferriola described the museum as a "long overdue" project that would help visitors understand the history of Charleston and the country.

Last year, Nucor agreed to one of South Carolina's largest class-action settlements with a payout of $22.5 million. Workers at the company's Berkeley County steel mill alleged they experienced racial discrimination at work. The company did not admit to any wrongdoing in settling the complaint.

The IAAM has announced three other major contributions in 2019: a $2 million pledge from the Mormon Church, a $1.5 million gift from the New York-based Andrew W. Mellon Foundation, and a $1 million donation from Susu and George Dean Johnson Jr. of Spartanburg.

The museum's board of directors met shortly after Friday's announcement. There, Riley gave members an update on the museum's fundraising progress. Though they had celebrated raising the initial goal of $75 million in August, museum leaders announced in December that about $10 million more was needed, mostly due to rising construction costs.

Since then, that number has been in flux as the museum and Charleston's capital projects division have sought estimates and evaluated building materials line by line.

Riley said they are using a "value engineering" process to find ways to "save money without sacrificing quality." About 99 different line items have been adjusted during that process so far, he said Friday.

They hope to have final figures in June, Riley said, and bring a construction contract to City Council in mid-July. If that happens, it's likely a groundbreaking ceremony would be held in October, he said.

More contributions have been pledged this year than have been announced, Riley noted, estimating that the museum likely has about $5 million more to raise.

In addition to fundraising, the board also discussed the challenge of dividing duties among a small full-time staff. Many of its core members, including the chief operating officer and chief curator, have been in their positions for less than a year. The museum is seeking candidates for five positions now, including a public relations manager, a membership manager and a finance director.

The International African American Museum has announced several other large contributions this year: